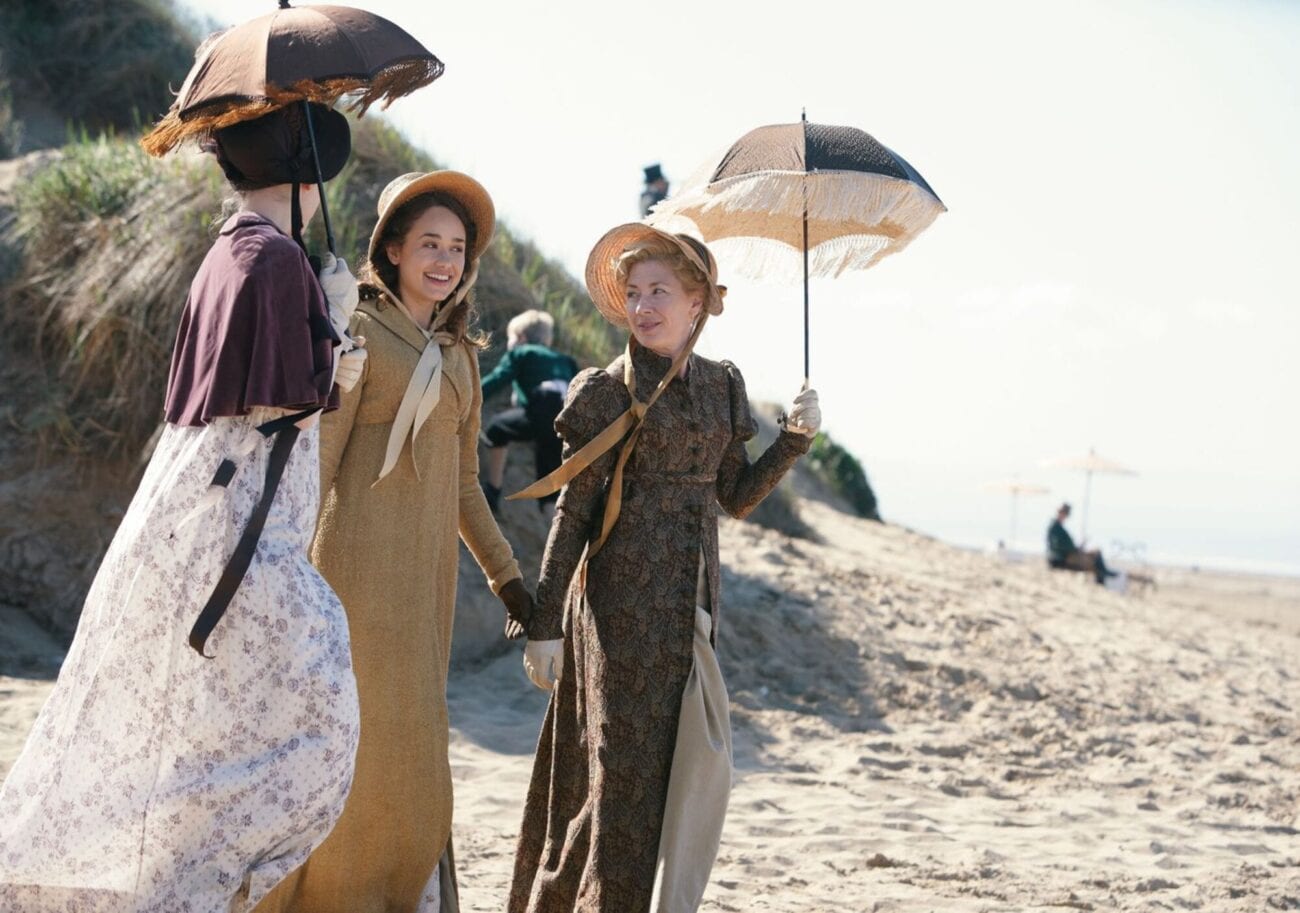 ‘Sanditon’: Let’s relive all the hottest moments of the show

Ever since Amazon Prime UK tweeted about potentially picking up Sanditon for a season two, we’ve been obsessing. Not just about the possibility of the show getting renewed, but about the characters and the show itself. Our love for the show has been renewed, which is surprising since we didn’t think we could love it anymore than we already did.

We’ve written a few pieces about how hot the show and its characters are already, but we figured we should write a cohesive piece collecting our favorite moments in one place. While we already did this for Sidney Parker, because of course, he has enough moments to fill a whole article. But we figured it’s time to acknowledge some other Sanditon scenes which are just as good.

After all, Sanditon is definitely spicier than your average Jane Austen adaptation, while still managing to remain faithful – a beautiful and carefully balanced dichotomy. 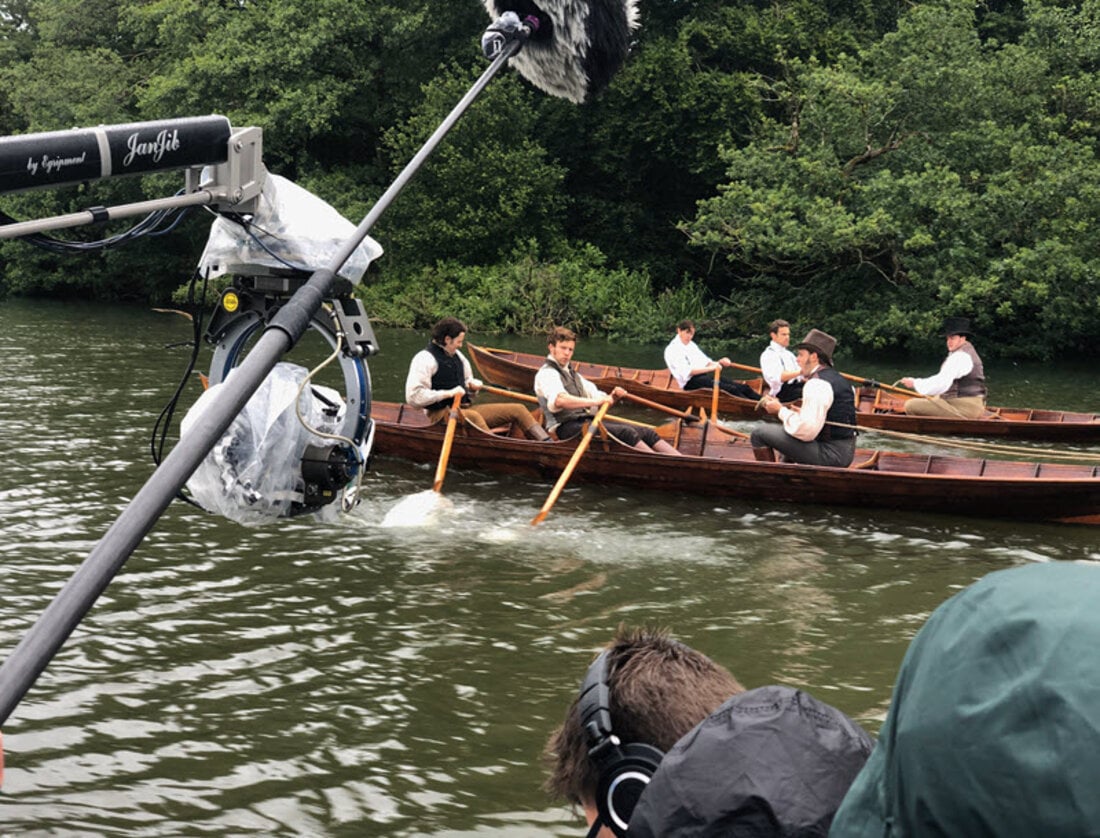 This is what “boys will be boys” should mean. The men are burning off a little testosterone by getting just a little overly competitive in a physical sport – it’s fun to watch and we all know exercise is a great way to deal with rising tensions. And there were many tensions at this point in the story.

For Young Stringer this scene is also his way of trying to vie for the already preoccupied attentions of Charlotte Heywood. A very sweet and innocent way to do so, however she doesn’t even realize he’s doing this because she only has eyes for Sidney.

The aforementioned tensions and the sheer dedication from the men – besides Mr. Crowe that is – makes this a scene which could rile up anyone. 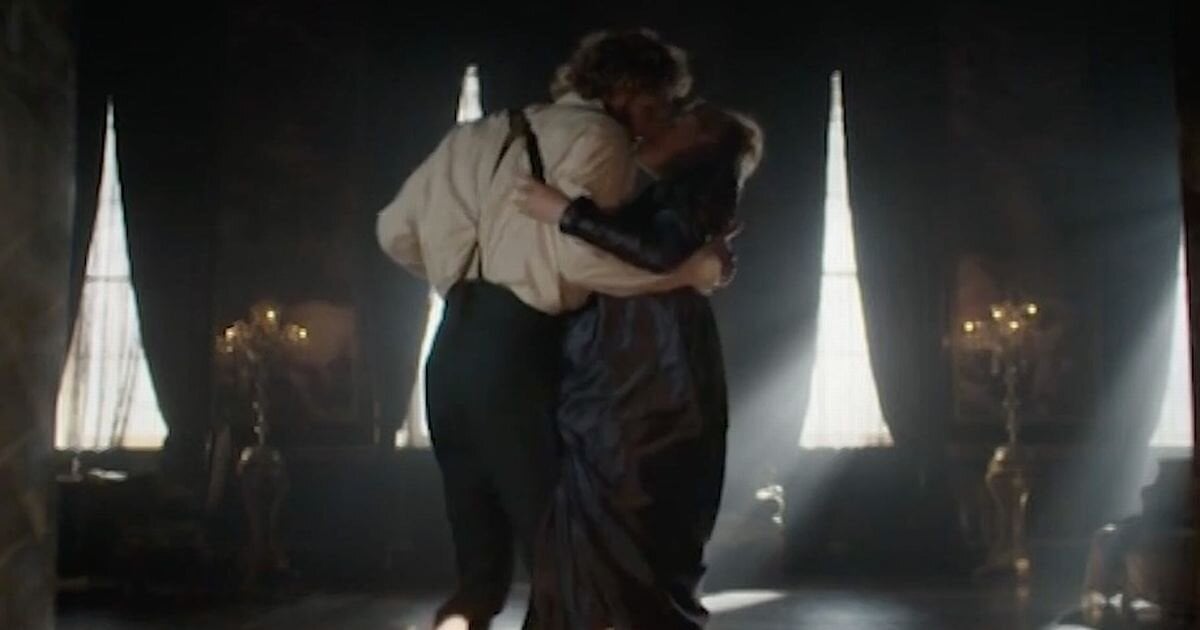 Most people will shake hands to seal a deal. Depending on the occasion & people involved perhaps someone might kiss instead, but Clara and Edward decide to have sex in Lady Denham’s living room when they come to an agreement on how to steal her fortune after she dies.

While their actions are reprehensible, the sordid actions somehow heighten the moment. This scene which takes place after they burn the will is definitely one of the most salacious Sanditon has to offer. 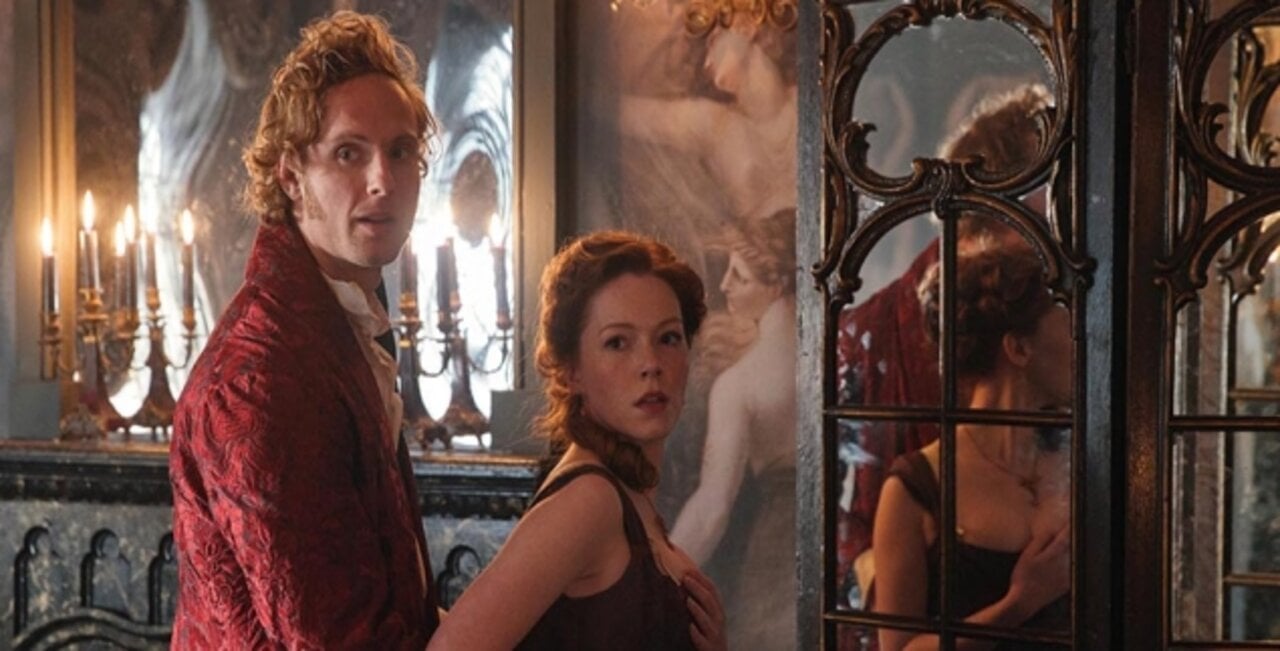 While Sir Edward Denham’s name is on our list of jerks – specifically for all the manipulations of Esther – the two have a scene early on in the series which could make anyone feel as if their theoretical bodice needs adjustment.

The scene takes place before we know Edward doesn’t actually love Esther so the slow and deliberate scene where Edward gently adjusts her bodice is definitely steamy. And it’s extra steamy due to the forbidden romance element.

In hindsight the scene is harder to enjoy. Rewatching the show a second time means you know Edward is just using his step-sister for his own amusement and it’s a shame Clara didn’t disturb them from the hallway sooner. 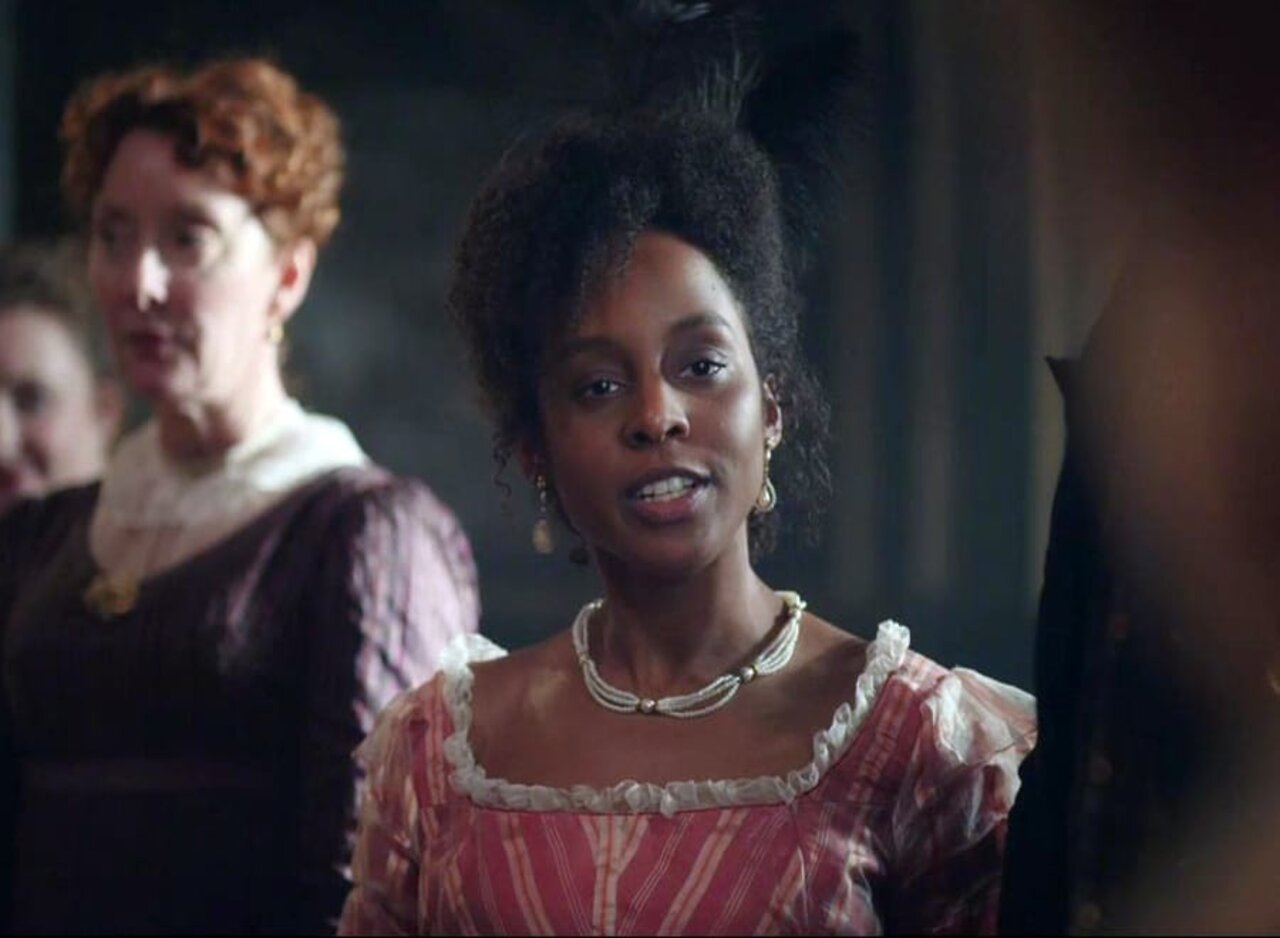 While this may not fit into a traditional sense of what’s hot, we absolutely love watching Miss Lambe defend herself against Lady Denham at the luncheon where Georgiana is supposedly a guest of honor, but is treated more like the entertaining jester.

Watching Miss Lambe passionately and intelligently defend herself is, in our opinion, definitely a hot scene. 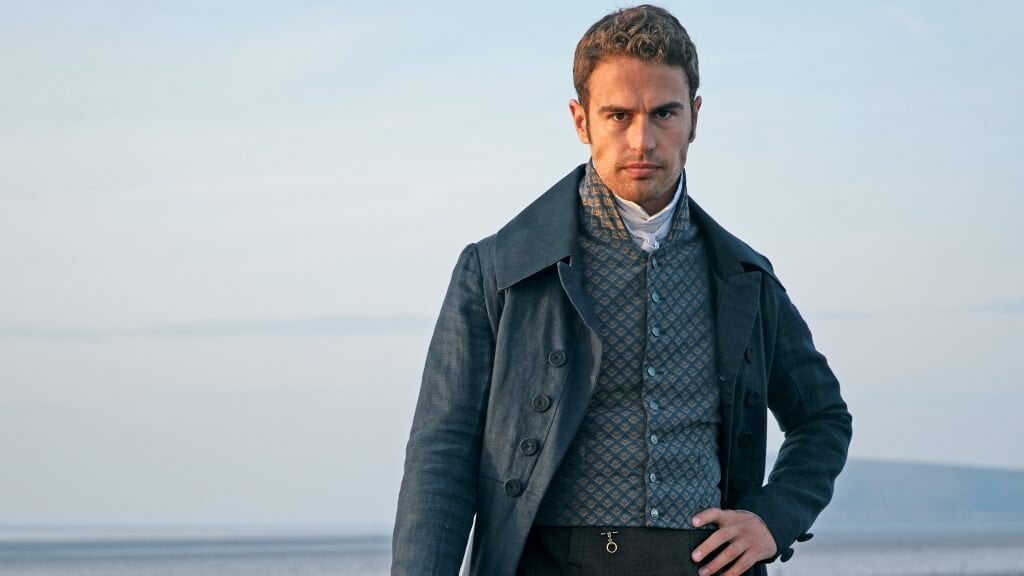 We wrote a whole article about the various hot scenes involving Sidney Parker because he has so many. From his skinny dipping to his jumping between speeding horse carriages Sidney knows how to get someone’s heart racing.