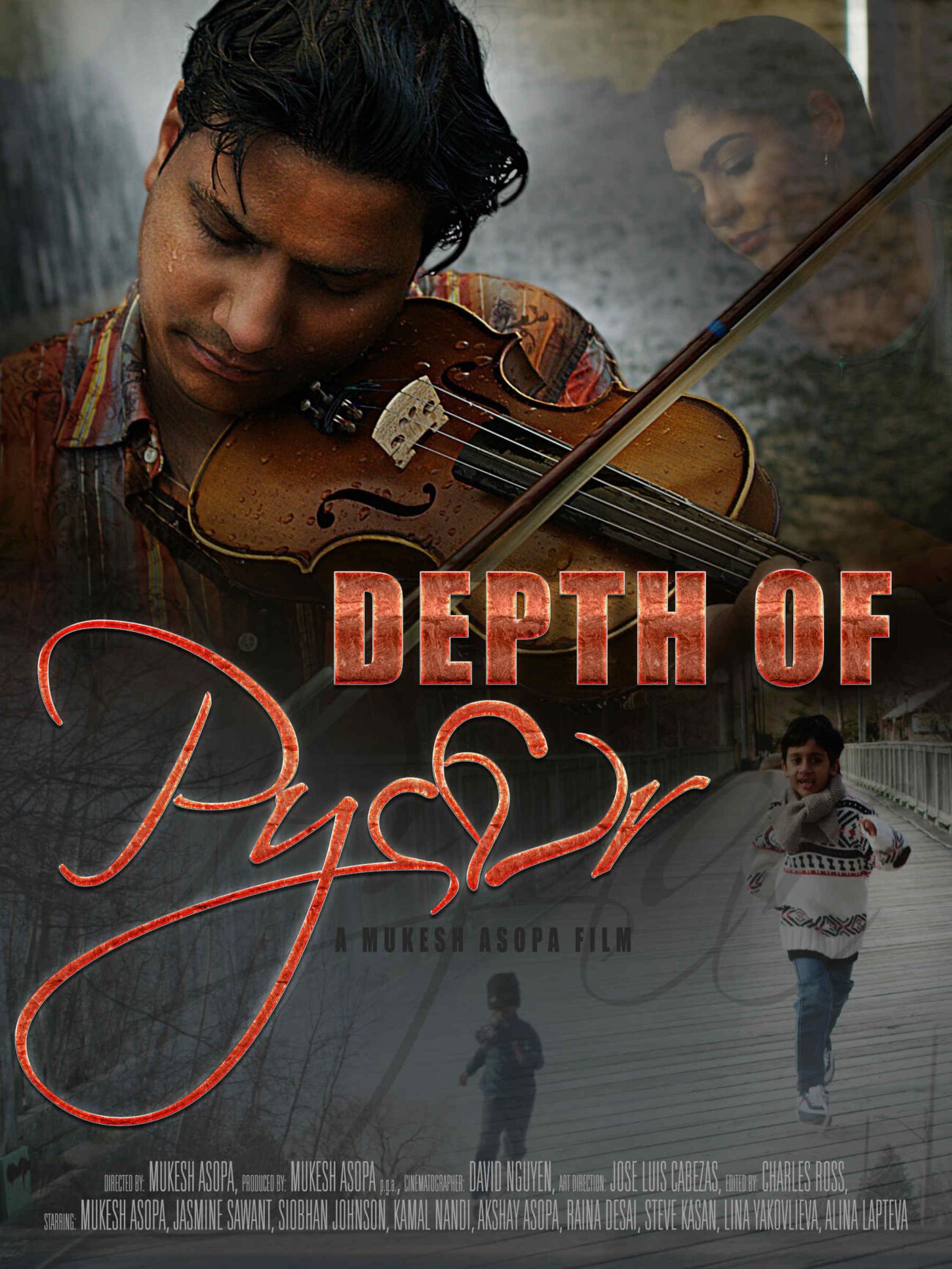 Pyaar is Hindi for love, which translates Mukesh Asopa’s Depth of Pyaar into Depth of Love. Many types of love exist and are tested in this story: romantic love, love of justice, and familial connections, for example.

Writer/director Mukesh Asopa stars in the film as the two brothers – Ansh & Yash. While Ansh struggles with crippling social anxiety in a reclusive lifestyle, Yash is a determined young lawyer in a heated pursuit of justice. Their family’s lives are complicated Ansh’s mental health struggles, but when their family is targeted by a killer things only get worse.

The situation becomes a test of courage & ethics for both of the brothers, leaving them to figure out how far each will go to protect their loved ones. Meanwhile, Ansh & Yash are caught up in the intrigue of romance, with Ansh looking for something to alleviate his mental health struggles as they fight for themselves and those they hold dear.

It’s up to the view to pay attention to the rapid changes. Missing even a little bit might make them feel like their under a sneak attack of subtitles. It’s an off-putting experience. However, it’s reflective of how multilingual speakers hold conversations among themselves, even as it’s a bold choice for a film. Russian speaking characters even make an appearance, just for good measure.

“Each of the brothers has his courage and ethics tested. . .”

The action is occurs in subtle transitions employed cleverly throughout the film. It bounces between present day and flashbacks so smoothly that the audience hardly notices the change. On the one hand, the cinematography needs a little work and the lighting can be Game of Thrones levels of dark. With the same actor playing two main characters, this can be confusing. On the other hand, though, patient viewers will be rewarded for taking the time to understand the characters & plot.

The film was shot in Canada, but it’s in the style of Mukesh Asopa’s Bollywood roots. The story has a vast scope. It’s simultaneously a family drama, a mystery, a romance, and a crime thriller all combined with sprinkles of music-video style portions.

Mukesh Asopa spends the entirety of the film elegantly transitioning between multiple hats: directing, starring (in two roles), writing, and he’s even credited as a producer. It’s a lot to take on for one person, but he does it flawlessly. Like Icarus, he may have flown close the sun, but the only thing heating up is the chaotically engaging film he produces. Depth of Pyaar is entertainment for everyone: Bollywood fans will enjoy the familiar storytelling elements, and the uninitiated will still find something to love.

Depth of Pyaar is currently streaming on Amazon Prime in the USA & UK!