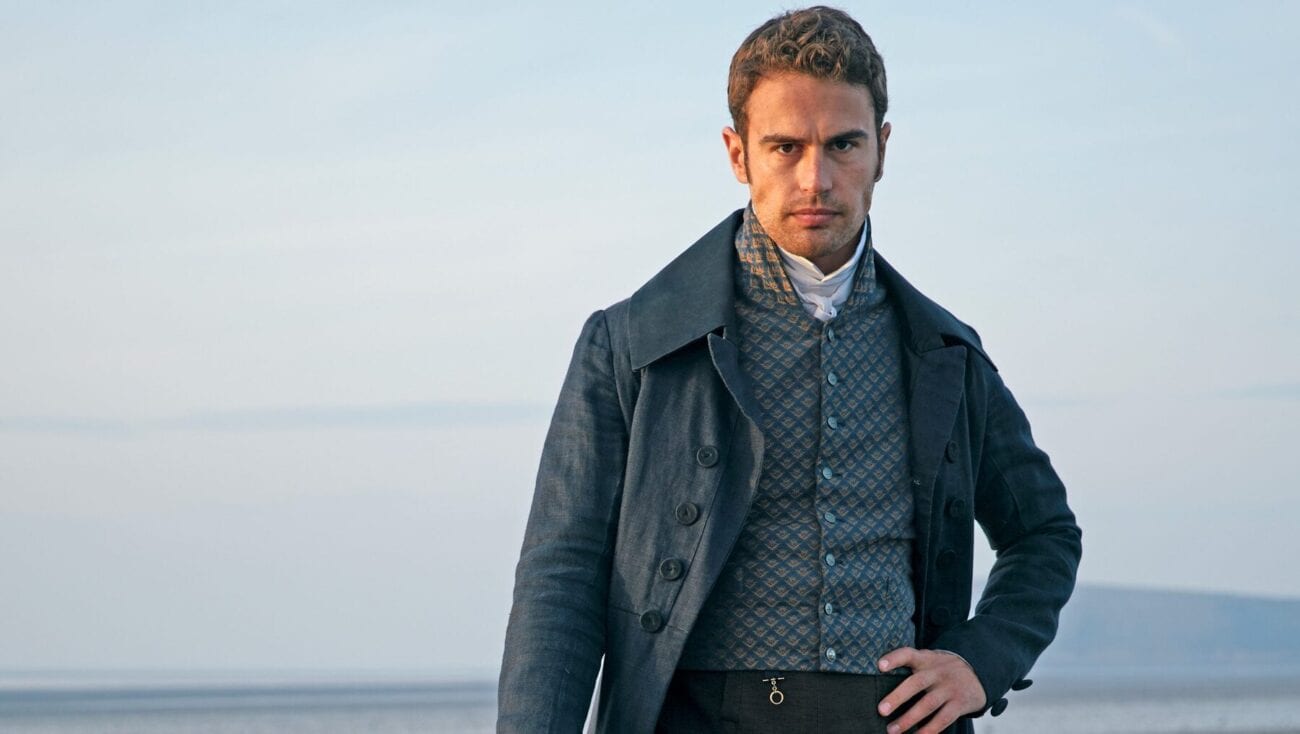 Is Sidney the hottest of the ‘Sanditon’ cast? Share if you want more of him

Let’s be honest for a moment, shall we? Sanditon is filled with pretty people, in pretty costumes, flitting about on pretty landscapes and sets. Sanditon is visually appealing in every way. It’s one of the many reasons us fans enjoy the series so much.

Of course, this includes Sidney Parker, played by Theo James – the apple of the fandom’s eye. Sidney is prickly on the outside, sweet on the inside, and very handsome. Not entirely unlike a pineapple, though certainly not Lady Denham’s pineapple.

Today, to remind us what we’re all fighting for, we’ve compiled some of Sidney’s best moments. 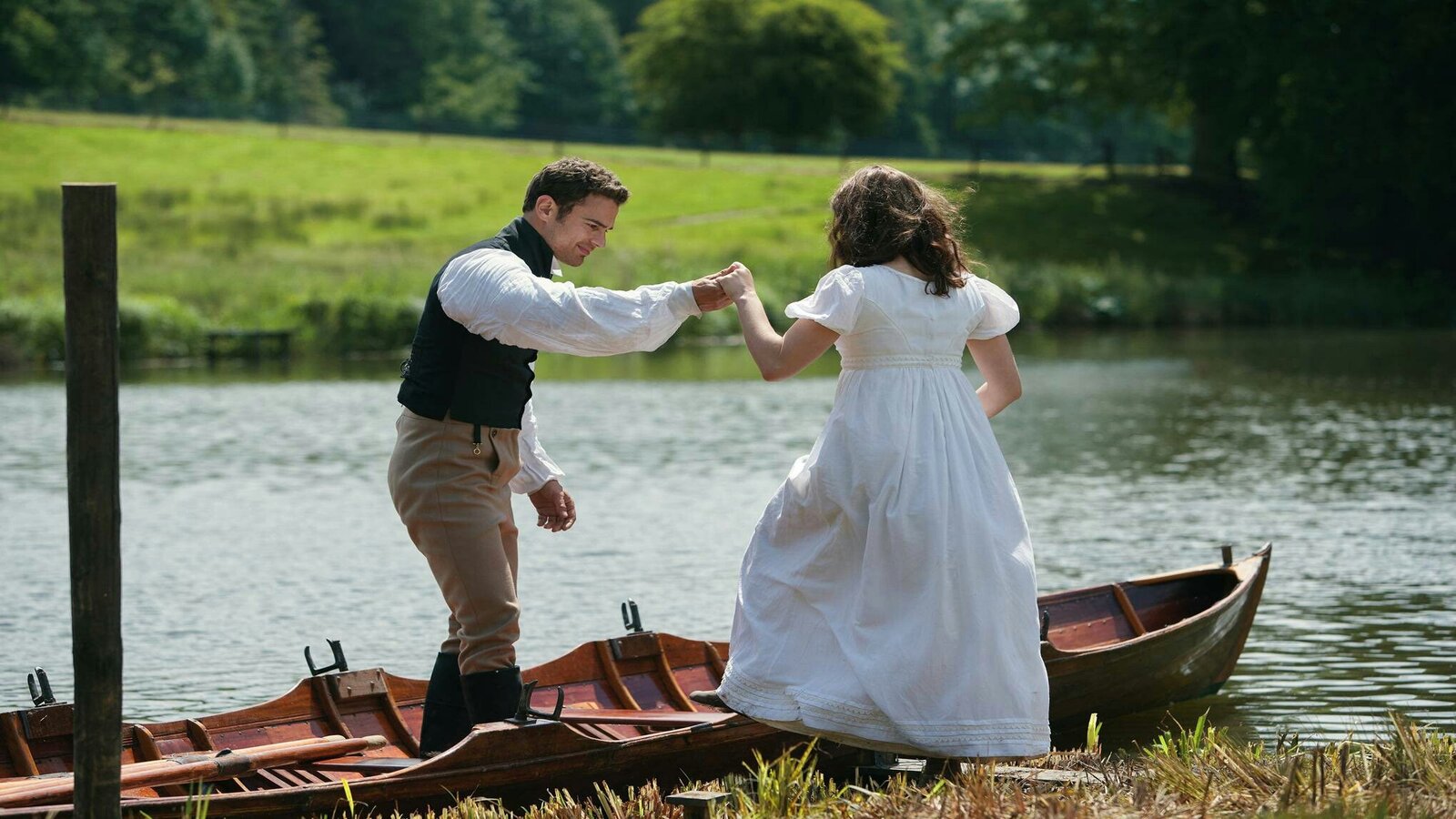 This. Whole. Scene. The romance was just dripping off this scene and it wasn’t a quick scene either. The directors were kind enough to let this moment linger and take its time.

This scene shows just how much Sidney has changed over the course of the season. Rather than being curt and rude like he was when he first met Charlotte, in this scene he’s patient and sweet as he teaches her how to row the boat. It’s endearing, intimate, and displays how much respect he’s gained for Charlotte. 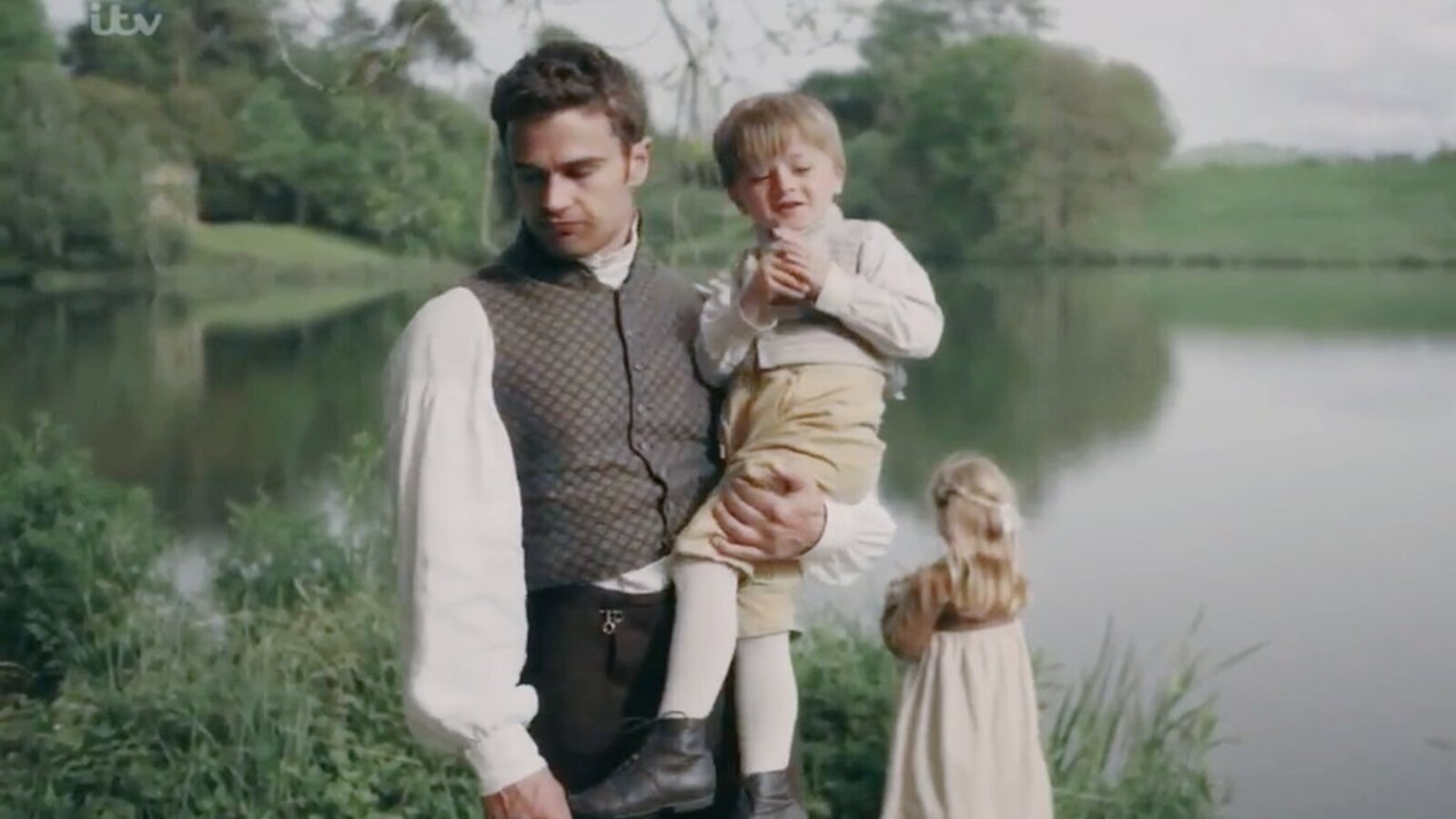 Charlotte and Sidney playing with Tom and Mary’s kids is a really sweet moment, and also a turning point in the show. It’s great to see Sidney’s playful side, which he has pretty much entirely locked away inside himself, until this moment.

It’s also one of the first times Charlotte gets to see the more tender side of Sidney, and you can tell she likes it.

Despite the change in Sidney’s character we really don’t get very many moments in season one where he isn’t brusk, rushed, or stressed. We need season two so we can better get to know the kinder side of him. 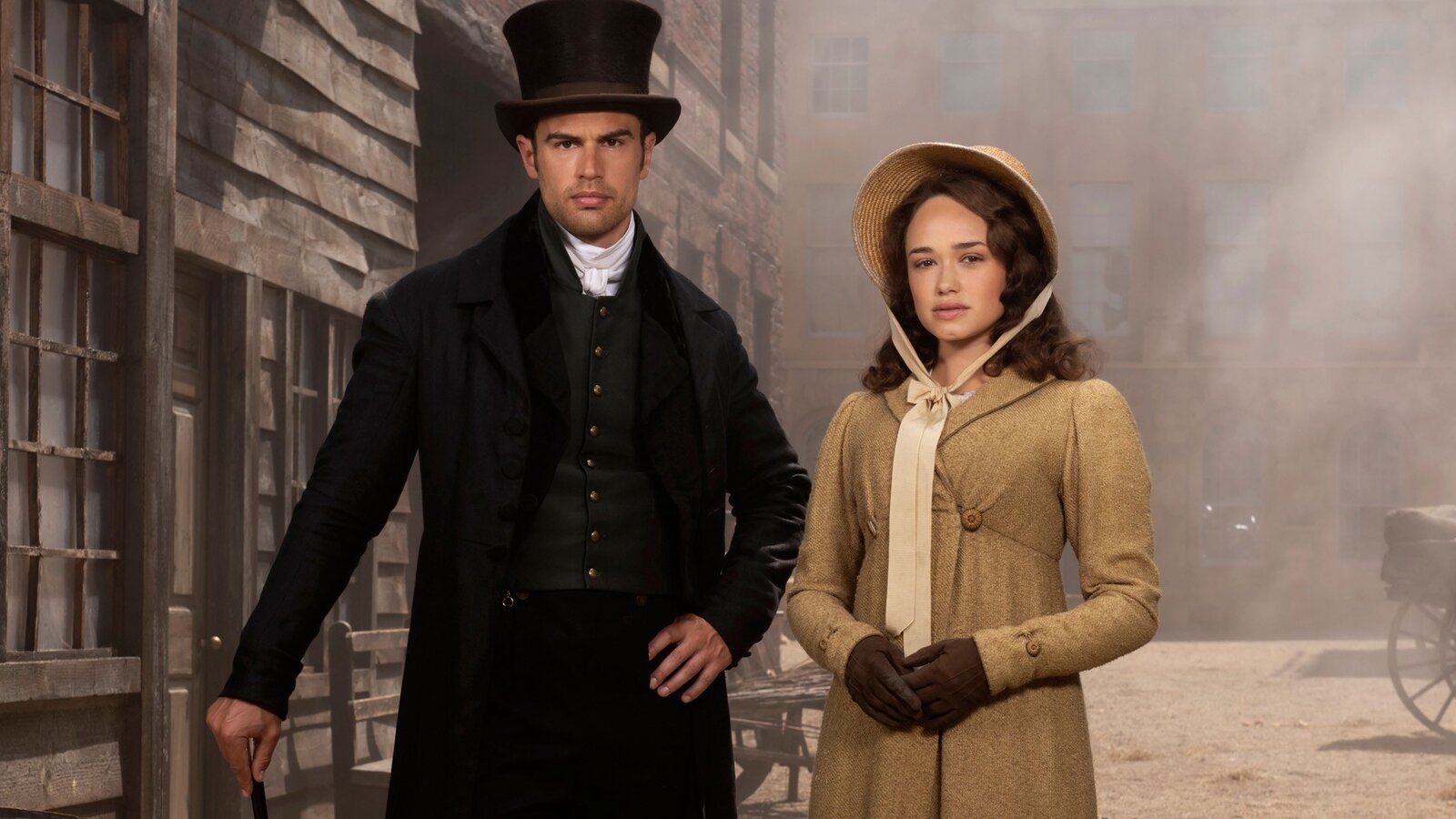 The damsel in distress trope is often insulting, overdone, and unnecessary . . . but sometimes it’s done just right and we don’t mind it. Sometimes a girl doesn’t want to have to save herself even if she can.

When Charlotte winds up a little lost in London, after dark, and wandering about in a seedy district, a predatory man sees his chance and goes after her. Lucky for Miss. Heywood, Sidney Parker was following the same trail as her and saves her by beating up the man.

Now, it’s important to note Sidney saves Charlotte before he ever knew it was her in trouble. Sidney is just the kind of guy to step in when he sees injustice and wrongdoing, whether it affects him or not. That’s a good man right there, and we love a good man. 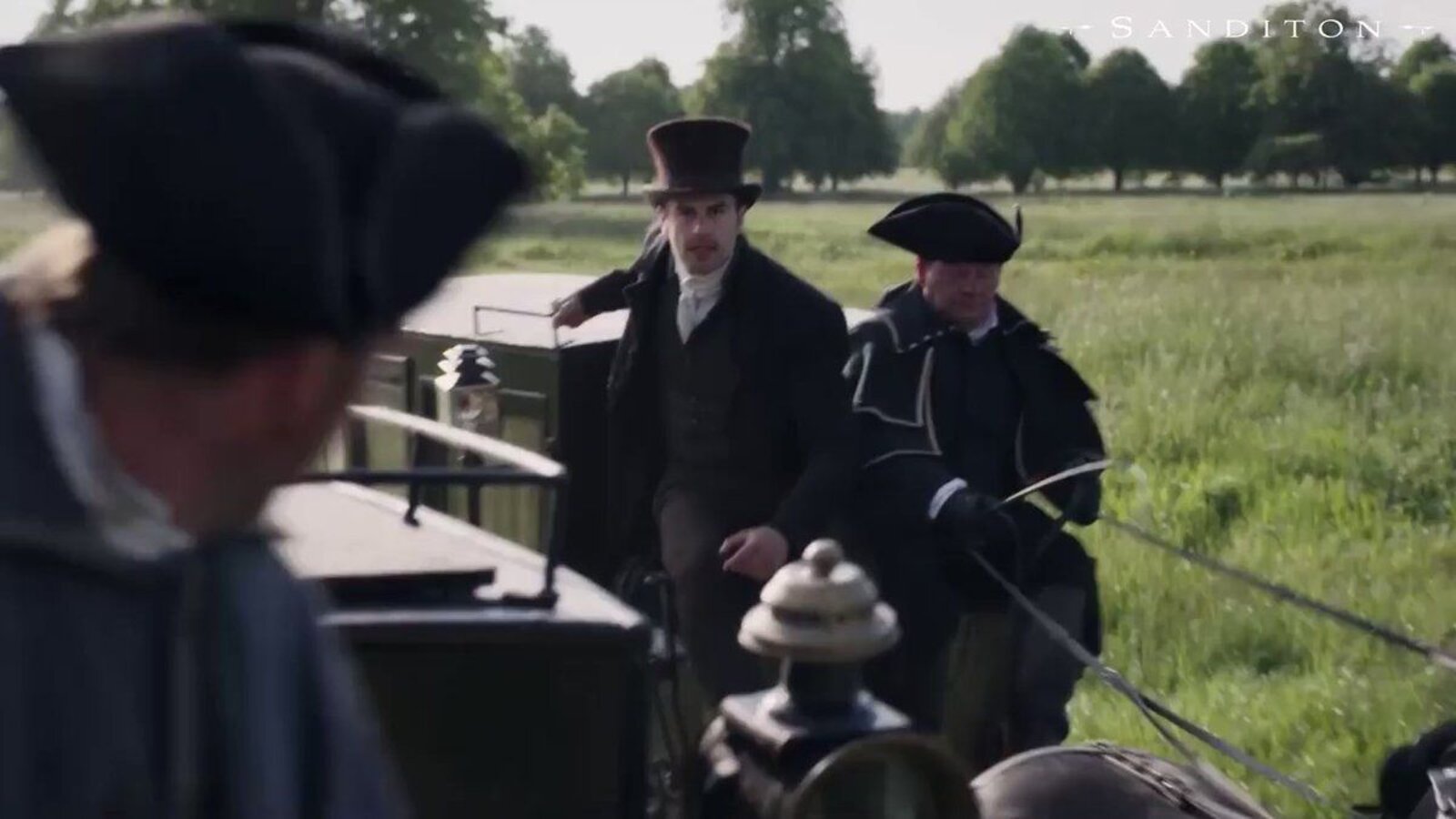 Sanditon went a little Fast and Furious on us with a high speed carriage chase, and we loved it. It was tense, it was dramatic, and Sidney Parker jumped from his carriage onto the one which contained the kidnapped Georgiana – let us just state it plainly, it was hot. 🔥

Not only was Sidney’s passion to keep his ward safe enough to warm our hearts, but his dedication and willingness to risk his physical wellbeing to save her was also pretty sexy of him.

Unbridled horses can reach up to 55 miles an hour, so (we’re guessing now because Google didn’t help) one could estimate a two horse team with those carriages might be able to hit somewhere between 35-45 miles an hour for a short period of time, such as the one in this scene. Jumping from one carriage to the other was a very impressive physical accomplishment. 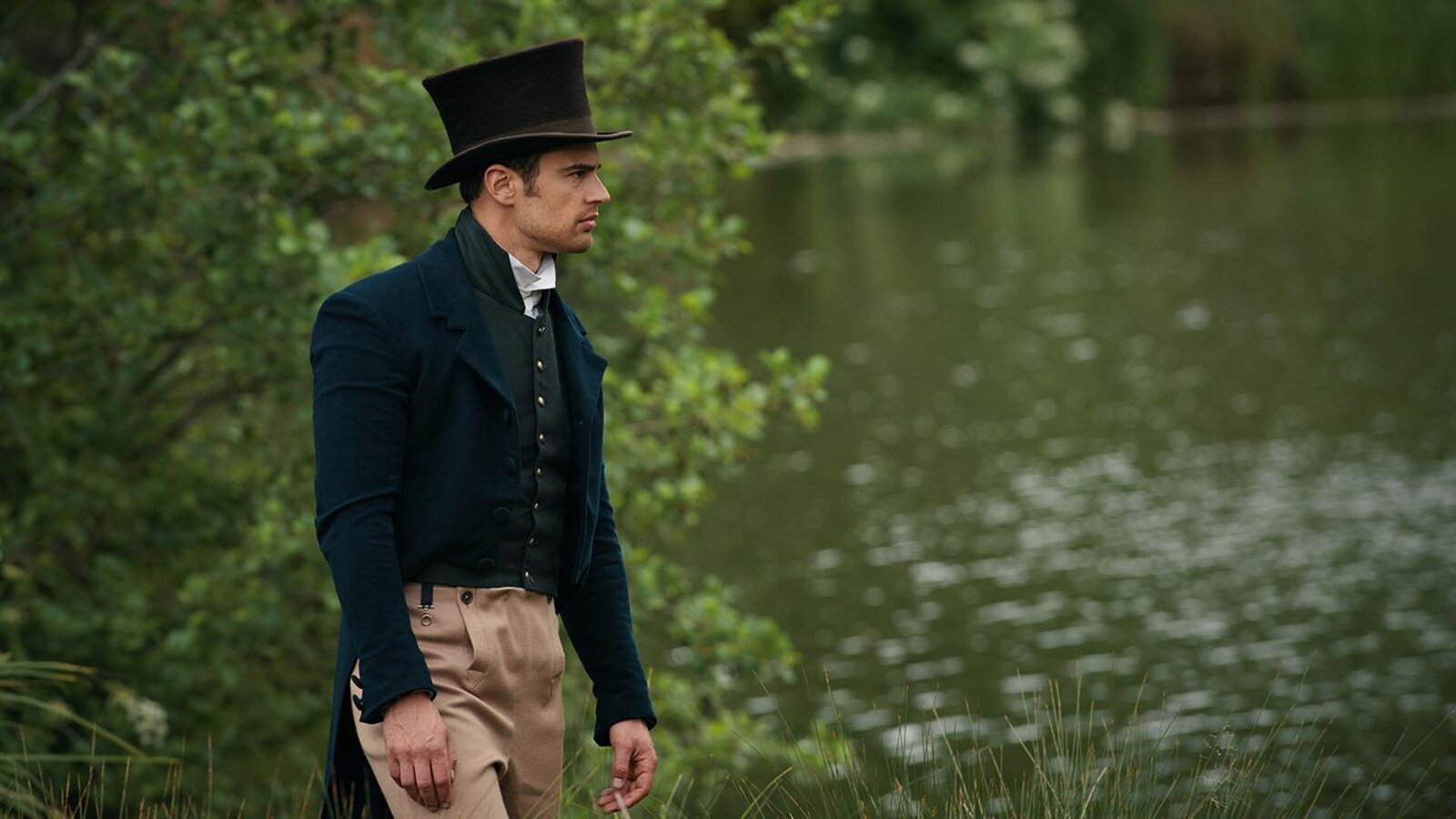 Sidney is supposed to accompany Charlotte to town, but ends up taking her to the bluffs instead, which are quite out of the way. When Charlotte calls him out he gets rather bashful and offers to turn course, but to his delight Charlotte doesn’t mind.

It’s a really small moment (until they finally kiss for the first time, then it’s a really big deal), but it also feels like one of the more realistic and relatable moments in the show. Someone doing whatever they can to spend just a little more time with their crush, is always cute, and this moment nearly made our hearts burst. 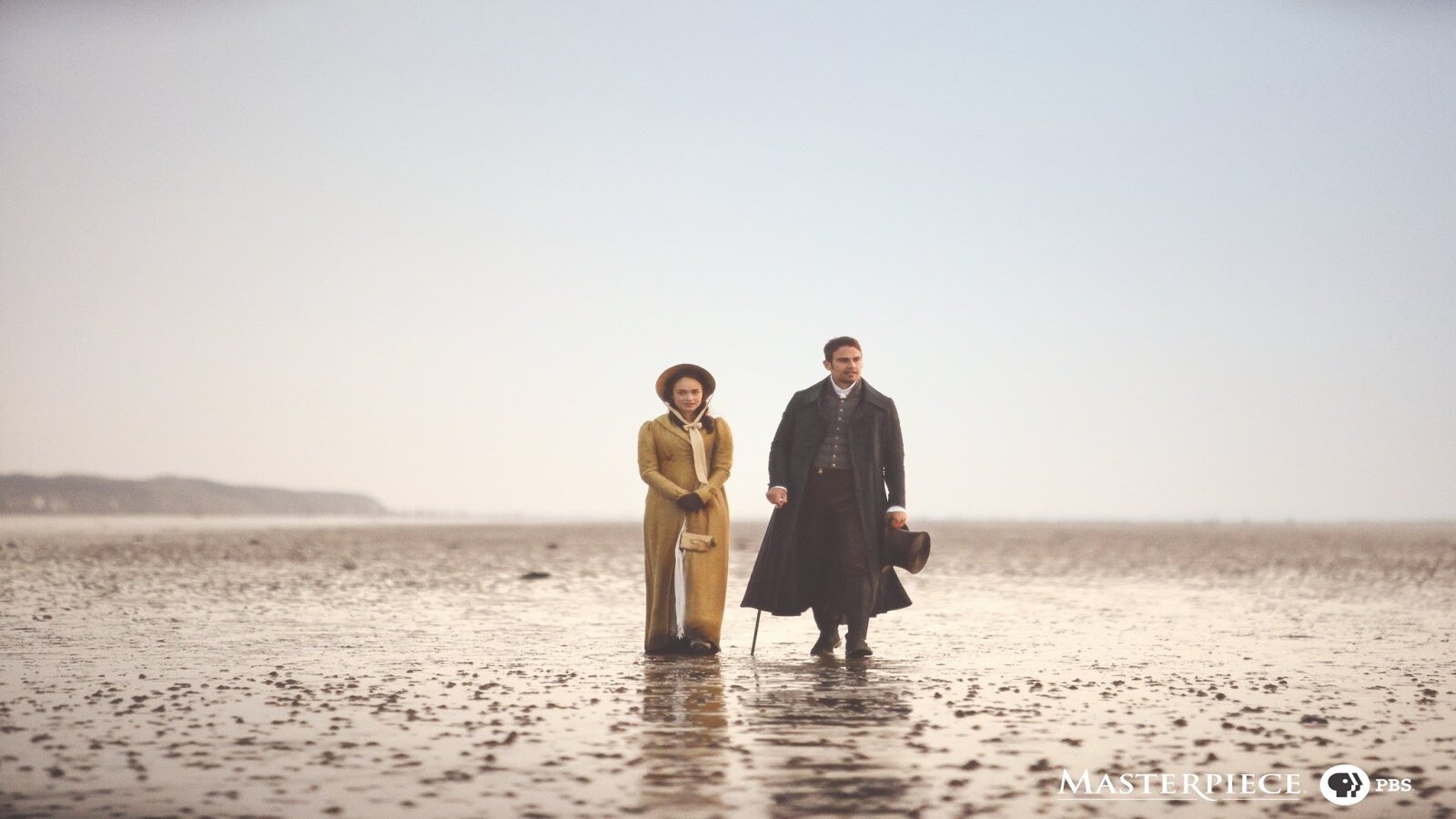 You already know what we’re talking about. You’ve probably been waiting through this entire article for us to mention it. Sidney walking out of the ocean completely naked is obviously one of the hottest and steamiest moments in the whole show.

In fact, we’re not even really sure what else to say about it, it speaks for itself honestly.