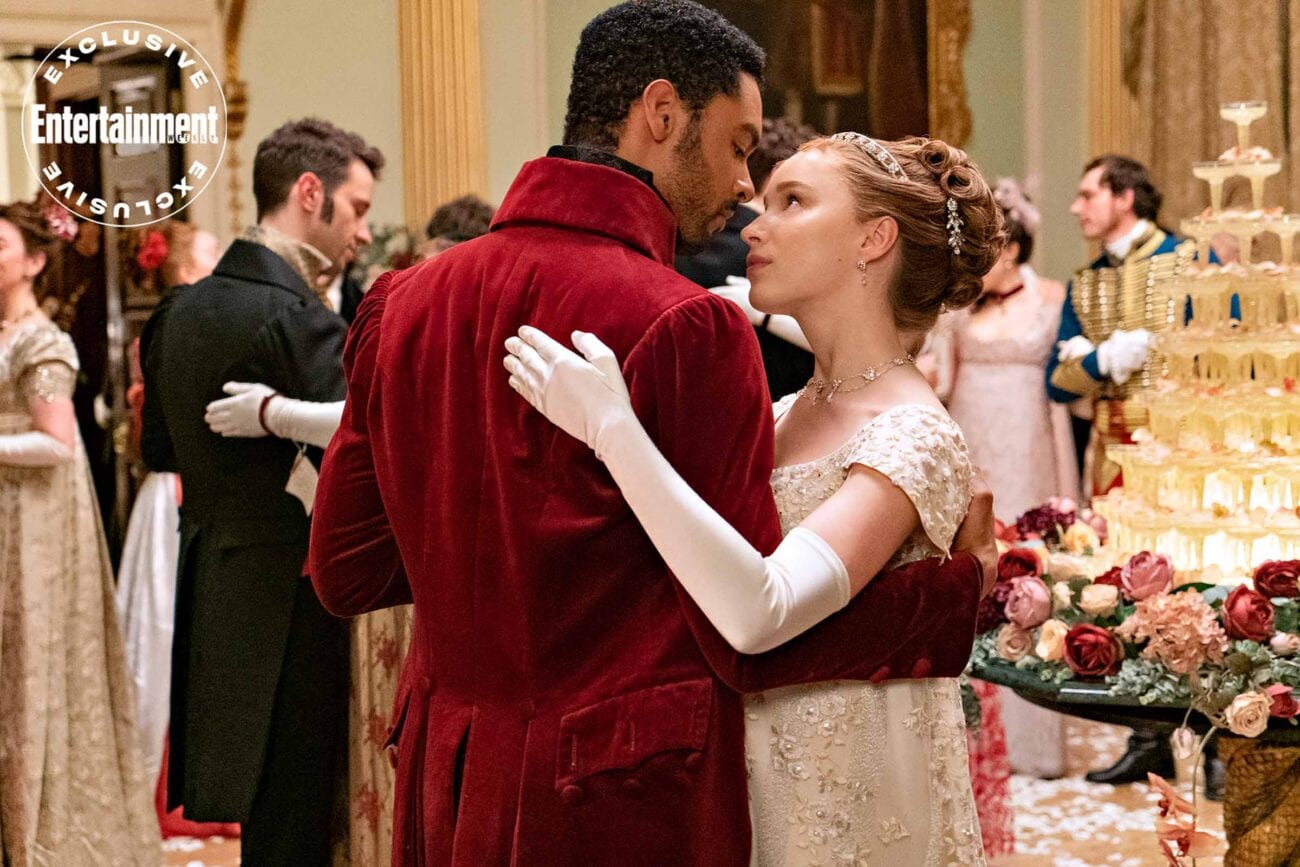 Bridgerton is a wonderfully refreshing period drama that doesn’t care if it breaks from a few conventions. Did you notice that the ballroom music is instrumental modern-day songs like Billie Eilish’s “Bad Guy”?

There’s just one problem we have with the show – it only has eight episodes. We’re feeling pretty confident Netflix will renew the series, but that still means a potentially lengthy wait for more of our new obsession.

In order to fill the hole in our hearts (and our watch-list) we created a list of must-watch period dramas to help you cope with the fact we’ve already watched every episode of Bridgerton – maybe twice. 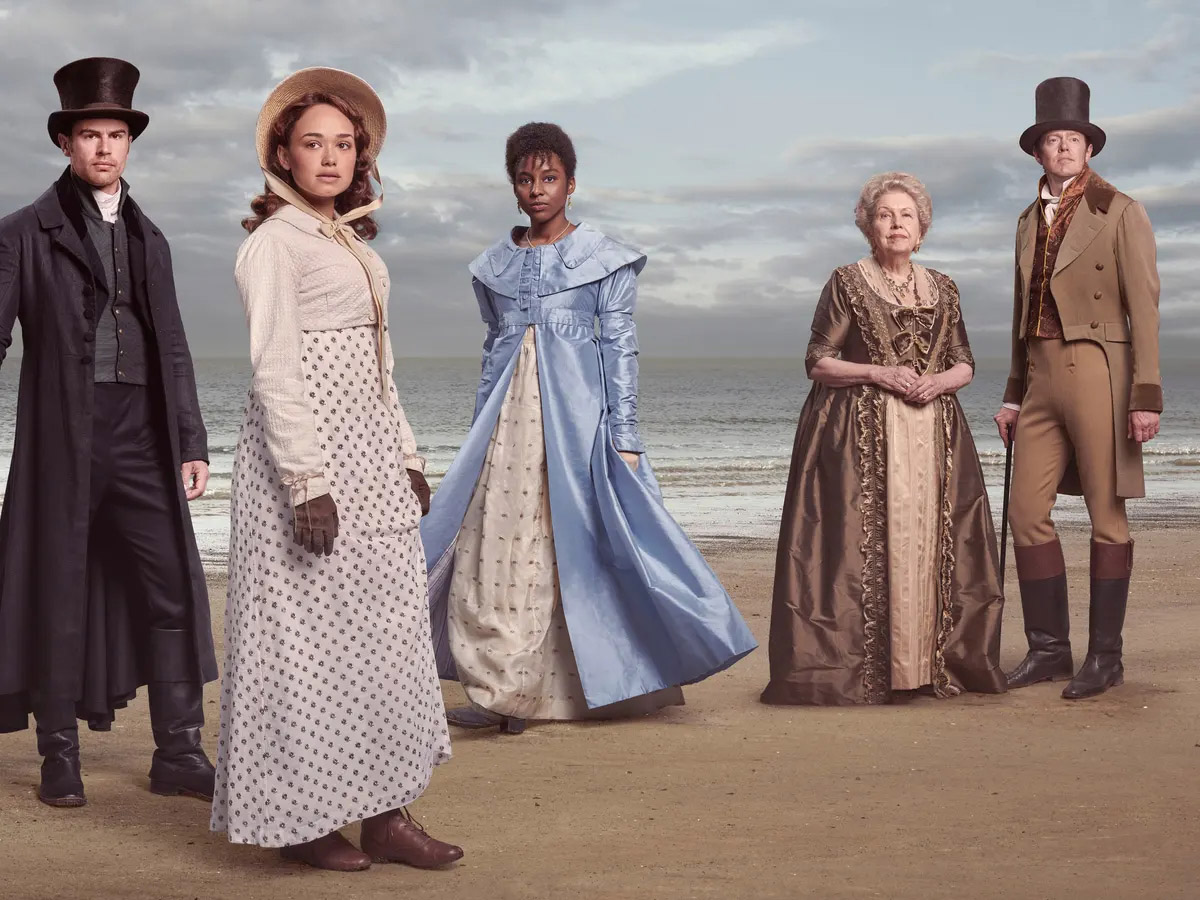 We’ve waxed poetic about our love for the show Sanditon for about a year now. The show was horrifically cancelled after its first season, but we can assure you it’s an absolutely delightful watch and anyone who likes period dramas or Jane Austen needs to queue it up right now.

After you’ve watched Sanditon you can join the massive (and still growing) #SaveSanditon movement on Twitter to get the show picked up for a second season.

You can find Sanditon on Amazon Prime streaming. 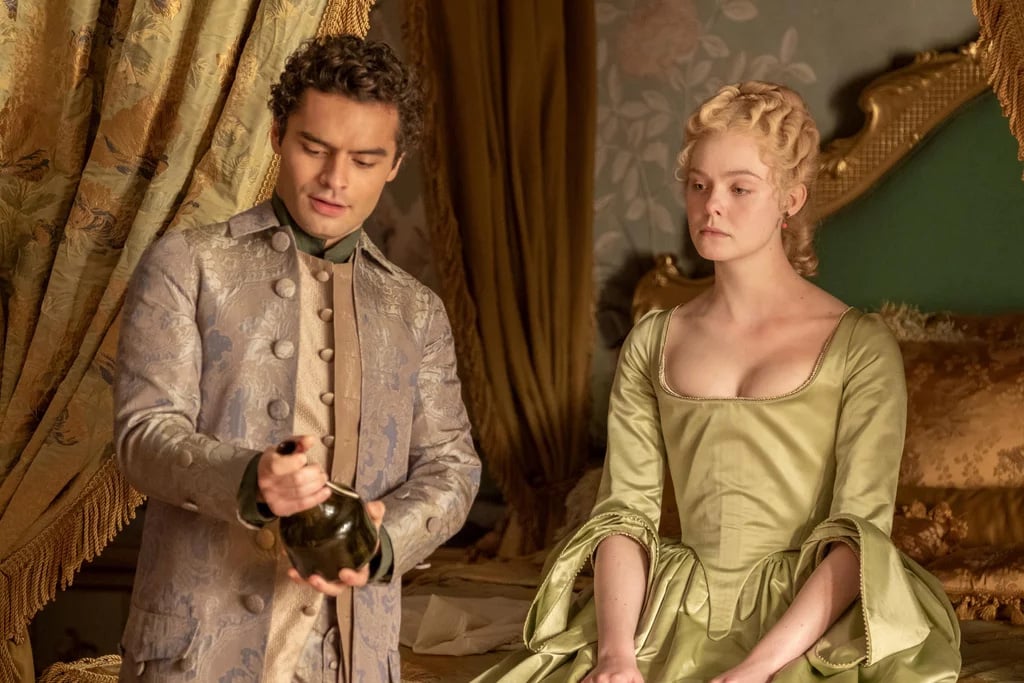 If part of the reason you love Bridgerton is because it departs from the stuffy formalism of other period dramas and its anachronistic tendencies then The Great is perfectly up your alley.

The Great is based loosely on the story of Catherine the Great. It takes place in Russia – although everyone has British accents – the costumes are fabulously intricate & colorful, and the dialogue is humorous.

If you want to watch The Great we recommend not doing so with your mother – if you think Bridgerton is scandalous in its sex scenes you haven’t seen anything yet. You can stream The Great on Hulu. 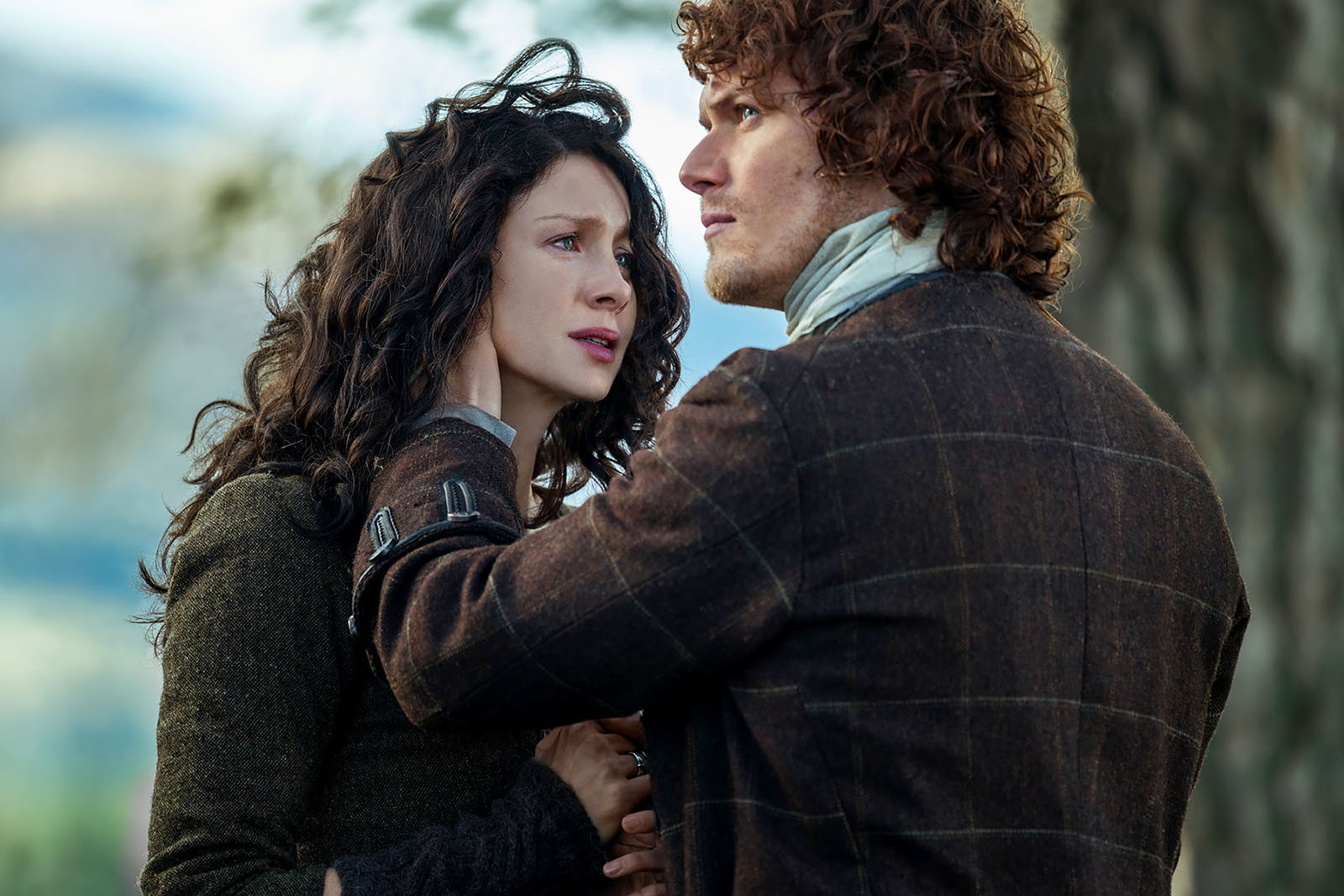 If you want to mix things up and go to Scotland in the 1700s, then Outlander will provide you with plenty of hot romance and enthralling drama. As a fun bonus the show also takes place right after World War II in Britain, you may ask how that’s possible – magical time travel, obviously!

The two main characters in Outlander have such intense chemistry you’ll want to binge all five seasons in a week – we promise.

If you’re game for kilts and thick accents then you can watch Outlander on Netflix. 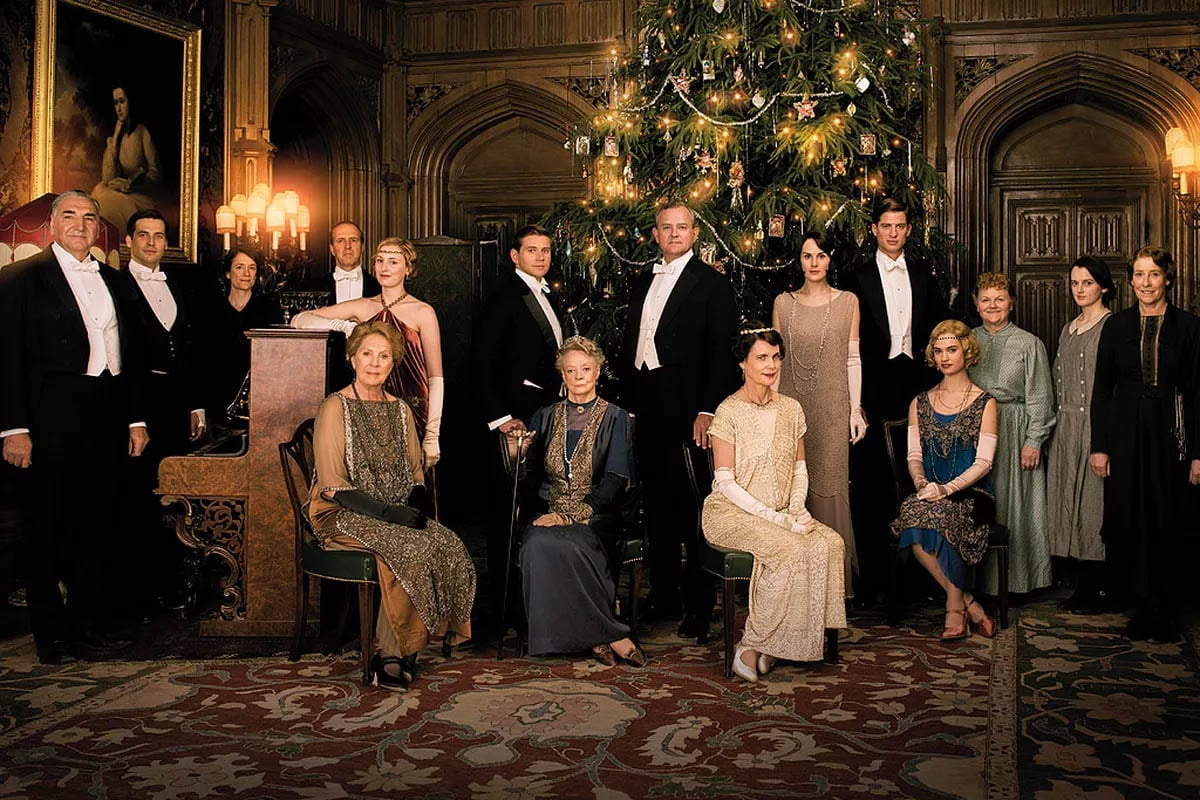 If you somehow missed out on Downton Abbey when it first aired, then boy are you in for a treat. The show takes place in Britain, starting in the year 1912 and takes plenty of twists and turns over its six seasons and a movie. Downton Abbey has some exciting affairs, but is a much more family friendly choice than some of our other suggestions with a PG rating.

Downton Abbey is special in that it gives equal care & attention to the servants characters’ stories as it does the rich Crawley family’s story.

If you’d like to watch (or re-watch) Downton Abbey you can stream the show on either Peacock or Amazon Prime, and you can find the movie on HBO Max. 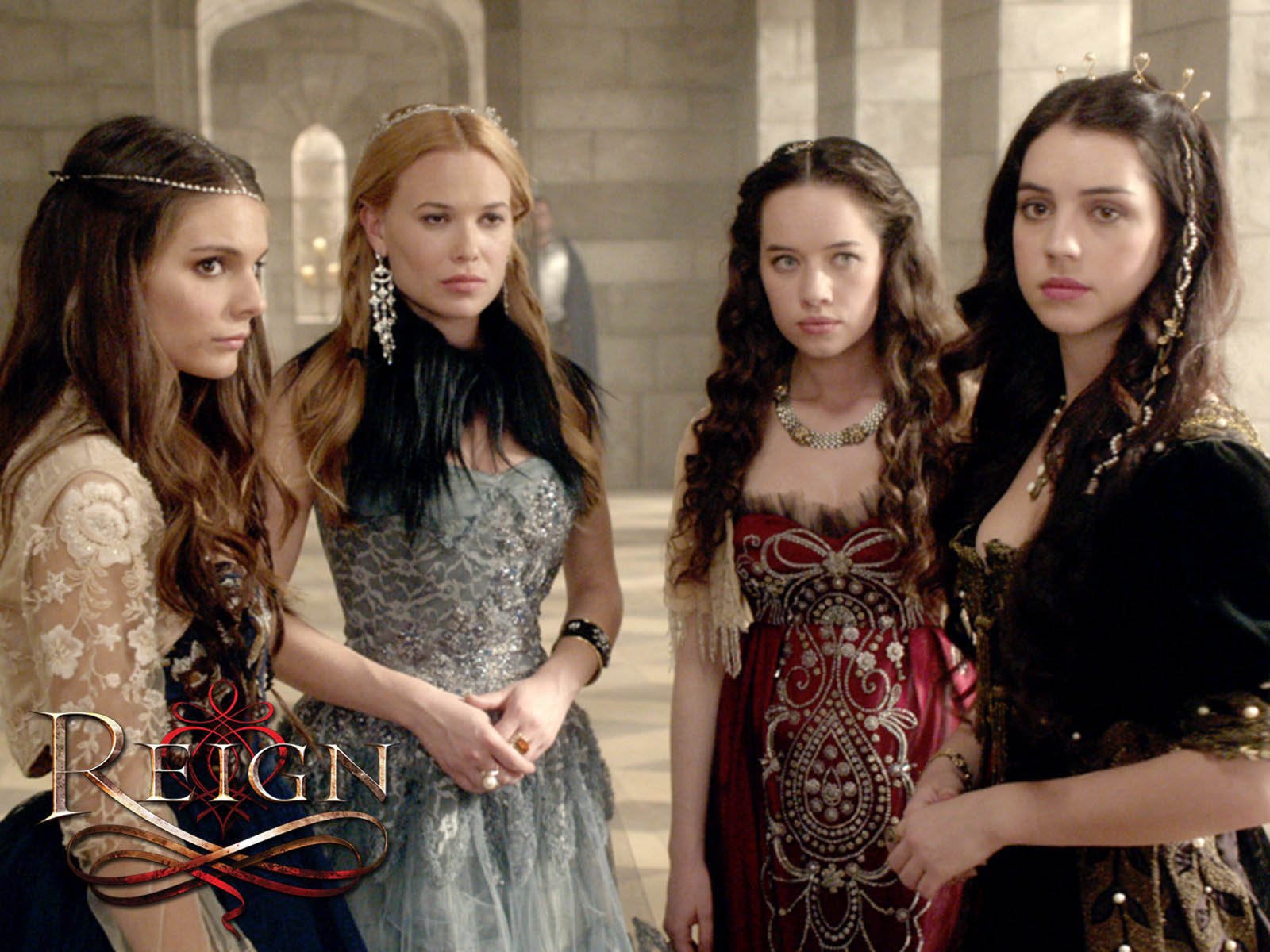 Another show that isn’t afraid to don some not-so period accurate costumes is The CW’s old show Reign. It features a loose interpretation of Mary Queen of Scots’ life. With a little bit of pagan magic and a lot of interpersonal drama the show mostly takes place in France until later seasons. Don’t worry – they all have British accents too. The show takes place in the 1500s.

It’s a show from The CW so everyone on screen is drop dead gorgeous and most of the cast is comprised of somewhat whiny late teens & twenty-somethings, but honestly we love this as a guilty pleasure show. Reign is enjoyable whether you know anything about Mary Queen of Scots or not. Actually, it’s probably better if you don’t know how her story ends.

Netflix has all four seasons of Reign for you to binge at your earliest pleasure.