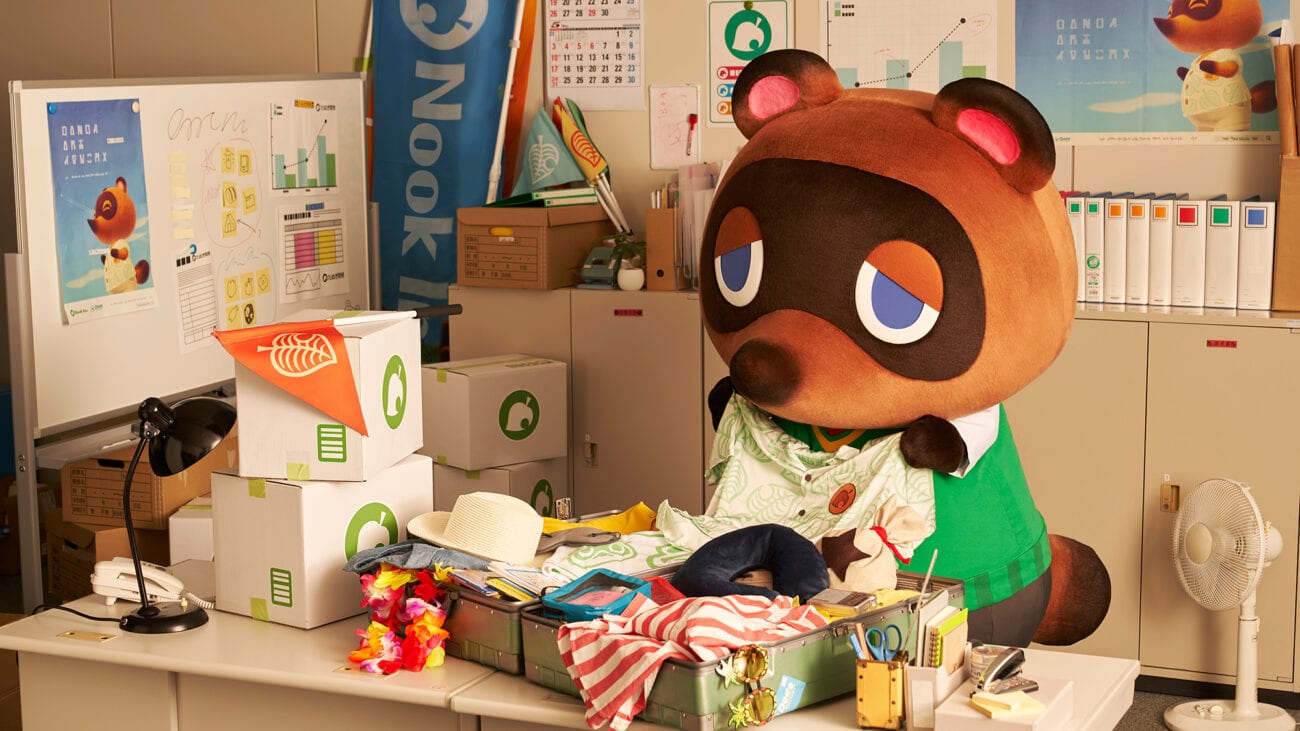 Want to own a Tom Nook? Check out these ‘Animal Crossing’ plushies

Ah, Tom Nook! The tanuki (no, he’s not a raccoon) you’re perpetually indebted to in the beloved Nintendo franchise Animal Crossing, he also owns the store where you get your merch and along with his nephews Timmy & Tommy, Nook corners the market on your little island.

And when you’re not acting sus playing with your friends on Among Us, Tom Nook is there to sell you a bigger upgrade to your Animal Crossing house – for more debt, of course.

That said, Tom Nook is adorable and would make a great plushie! Thus, IRL, you can own Tom Nook and Tom Nook doesn’t own you! Check out our favorite Tom Nook plushies right here! 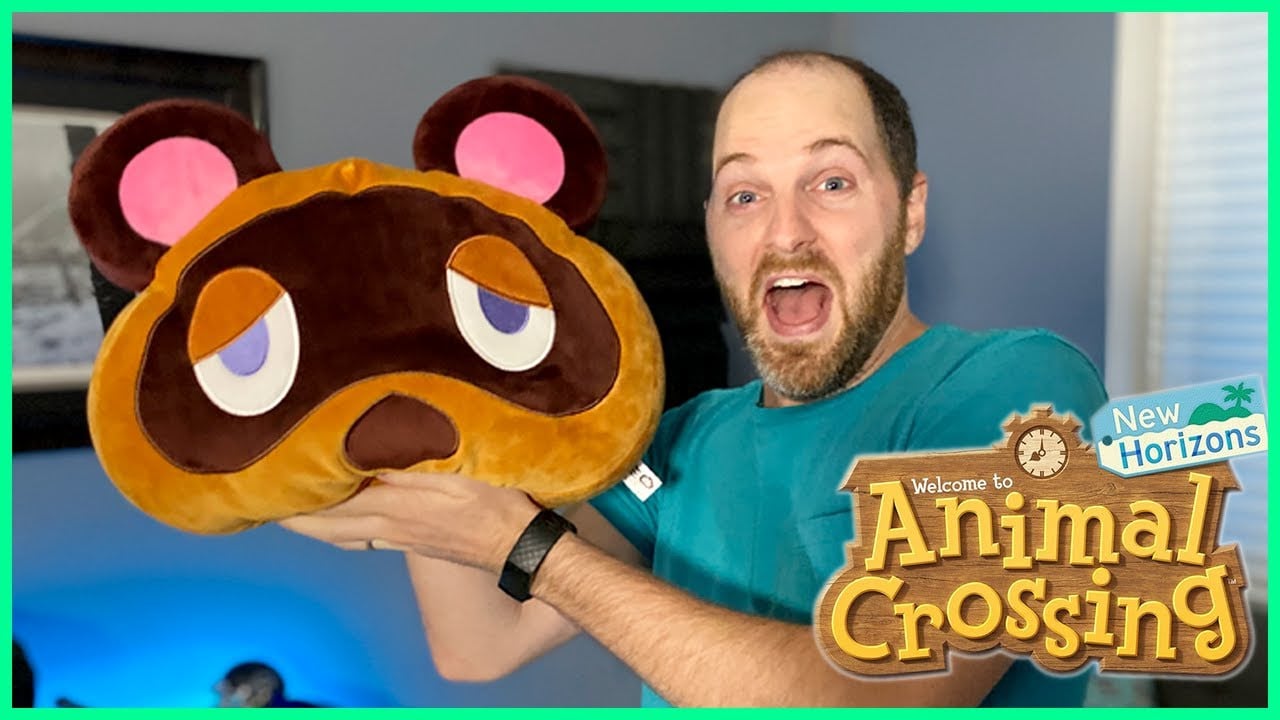 This guy’s face says it all! A Tom Nook plushie in the form of a pillow would make anyone’s day. Not only does this cute stuffed animal make for a convenient travel pillow, but you can also punch its adorable face when Tom Nook asks for another million bells in-game! 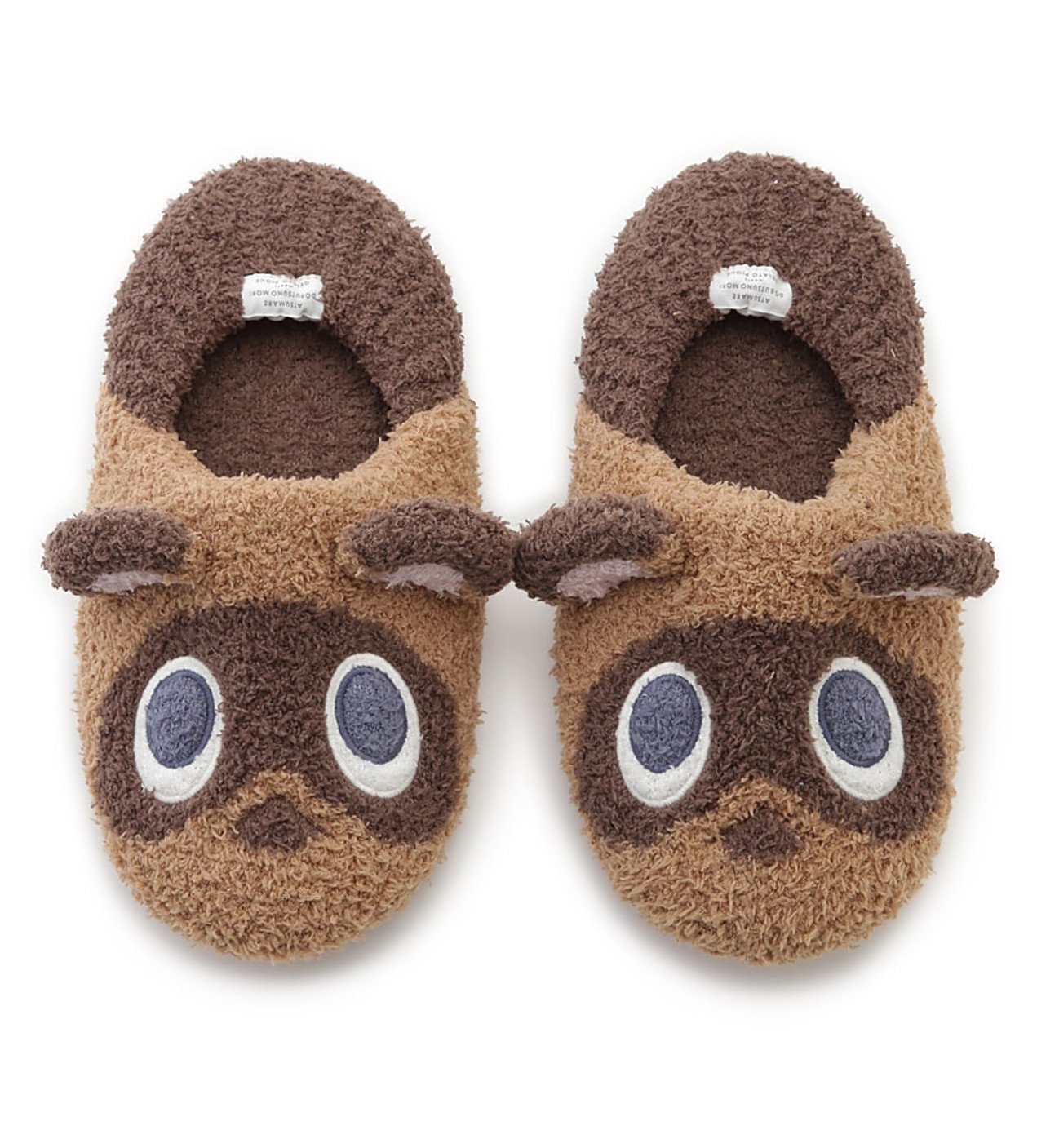 We like to think outside the box when it comes to the idea of plushies, so yes, you can stuff your big, smelly feet into these adorable Tom Nook slippers and call it a plushie! 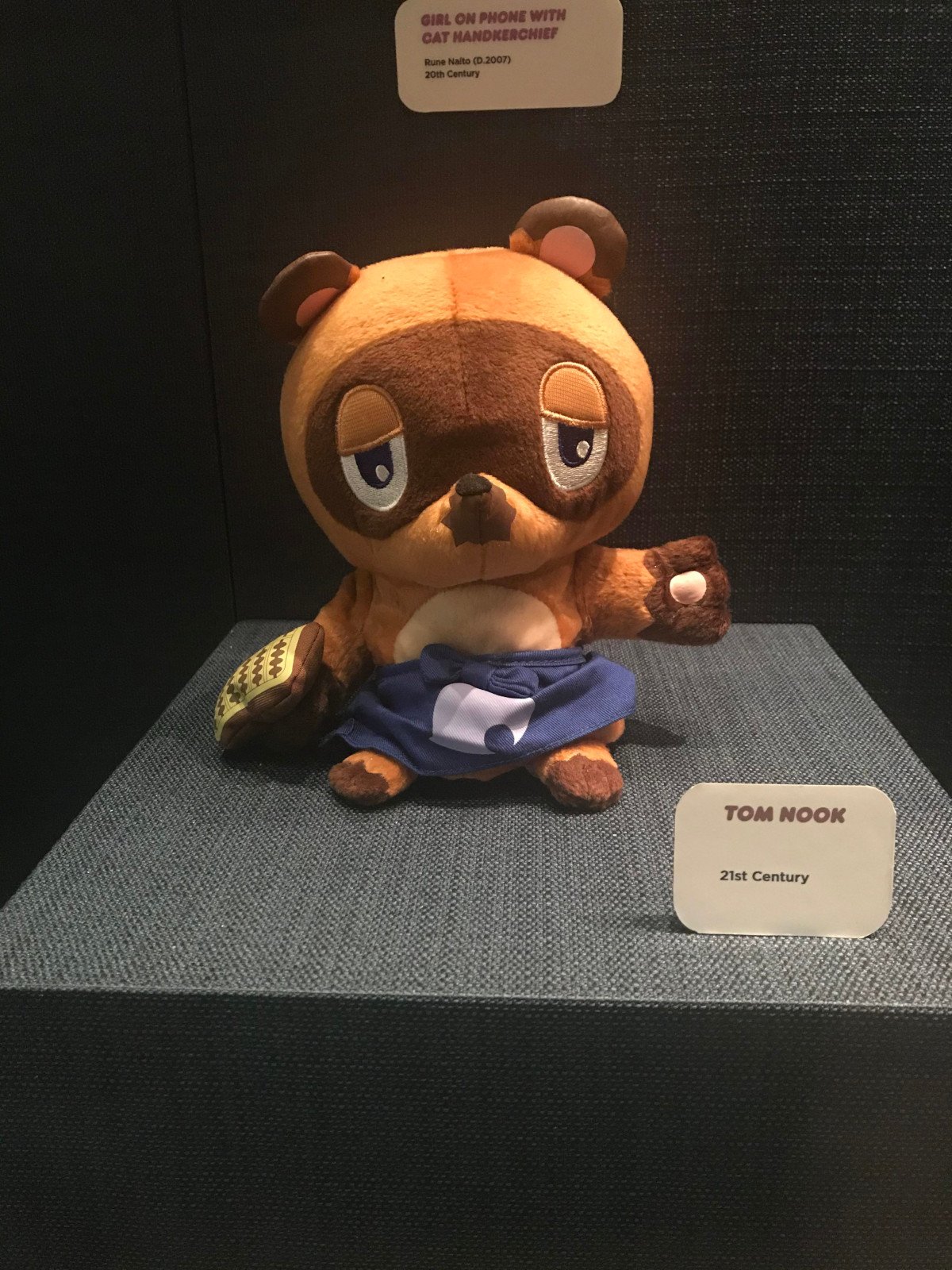 First one goes to Blathers

There’s something satisfying about seeing Tom Nook in a museum, even if he’s only a plushie. We wonder if there’s some Twilight Zone dimension where Blathers has collected your whole town (or island in ACNH’s case) and stored them in his museum. We think there would be some villagers he’d be as grossed out about collecting as he is about bugs. Which villagers? We’re not naming names! 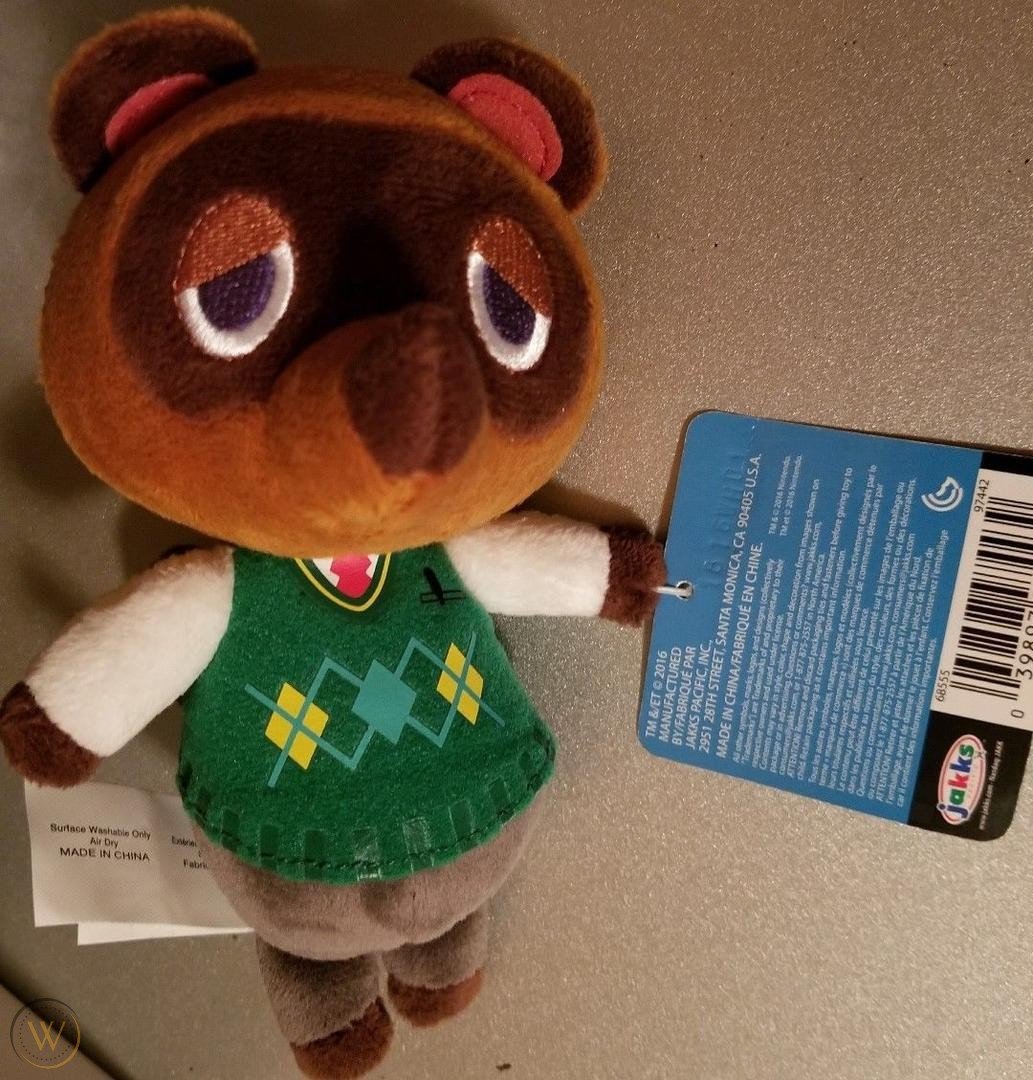 This Tom Nook plushie is here to remind you that you can find him in any big box store or on Amazon. Shipping & handling may be required. 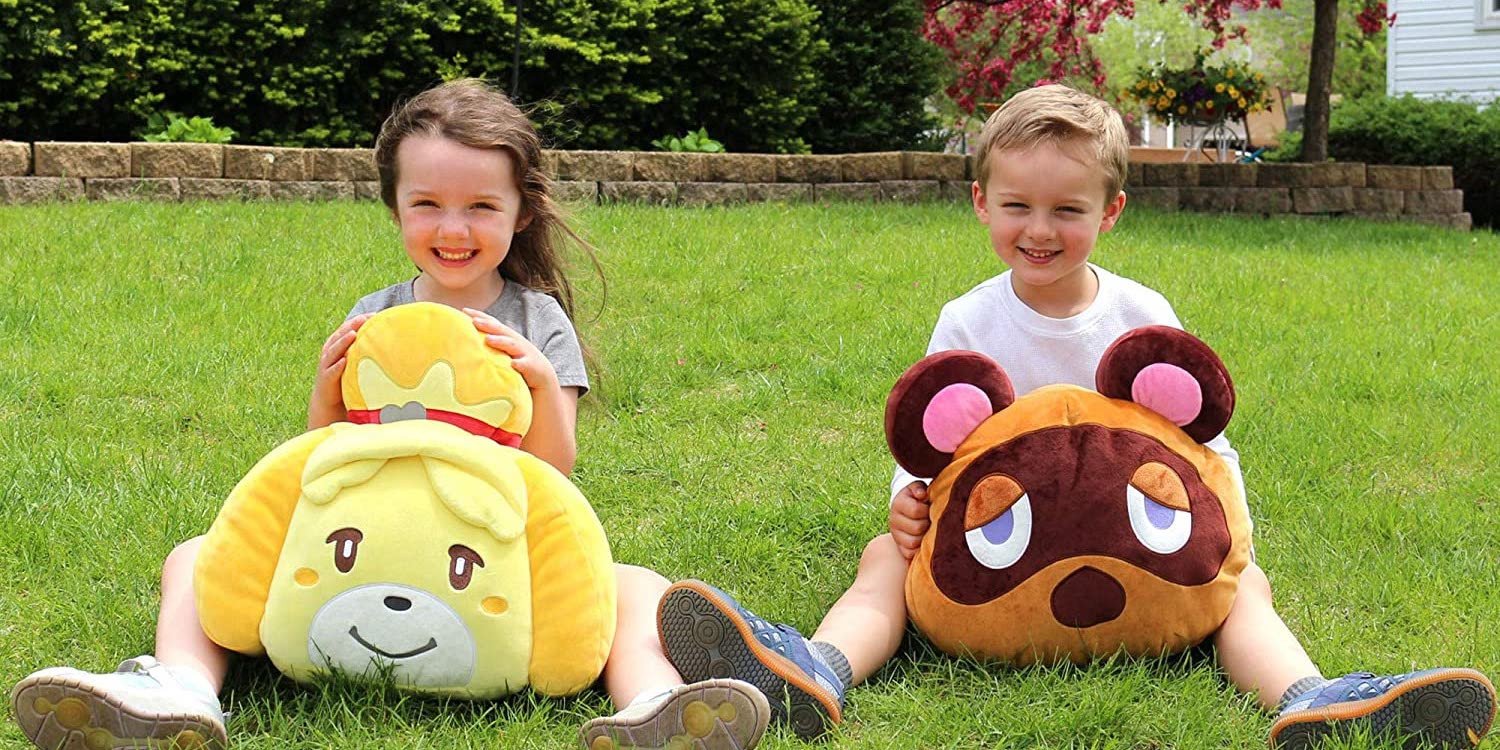 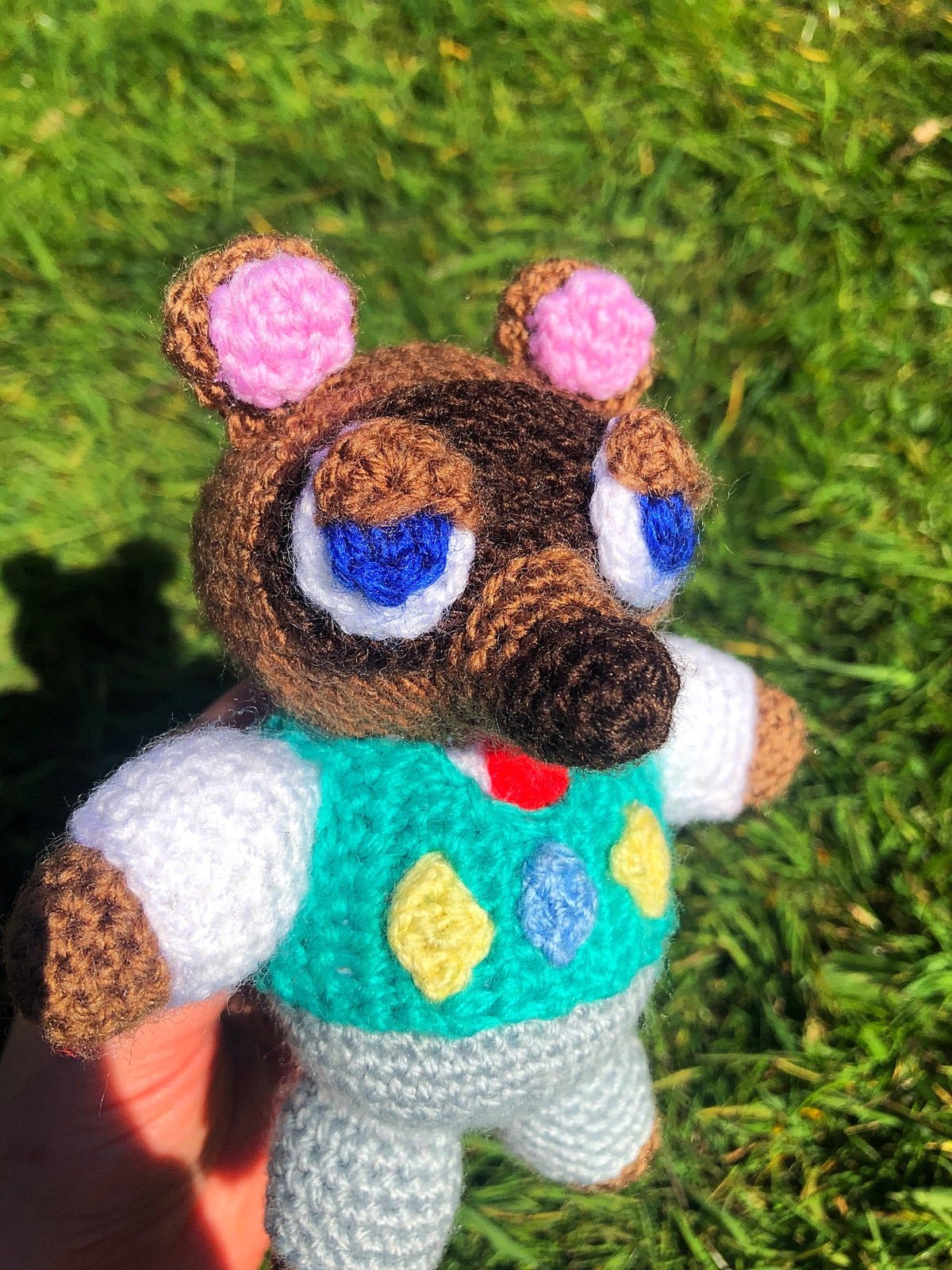 How can we forget the homemade Tom Nook plushies out there? This amigurumi crocheted Tom Nook is adorable and you can learn how to make him! Give Tom Nook as a gift to your friends or do what Nook himself would do and sell those little handmade plushies for debt . . . sweet, sweet, debt . . . 😩 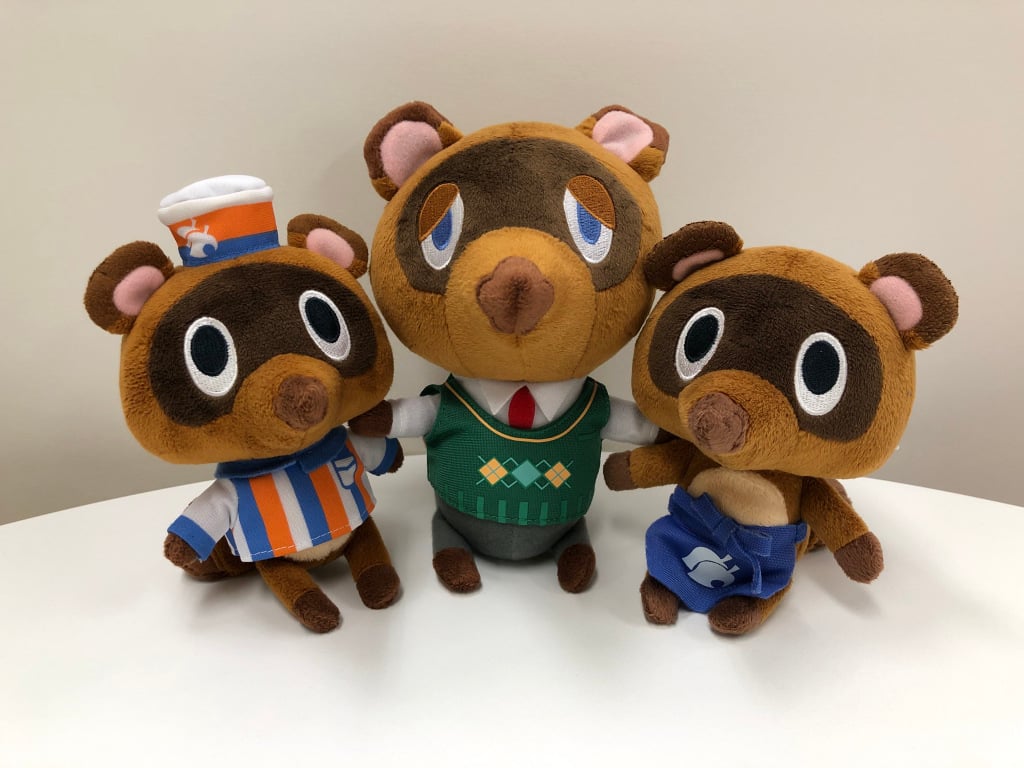 Not only can you collect Tom Nook, but you can also snag Timmy & Tommy while you’re at it too! On closer inspection, these plushies could be different Tom Nooks, but at least these IRL plushies don’t finish each other’s sentences! 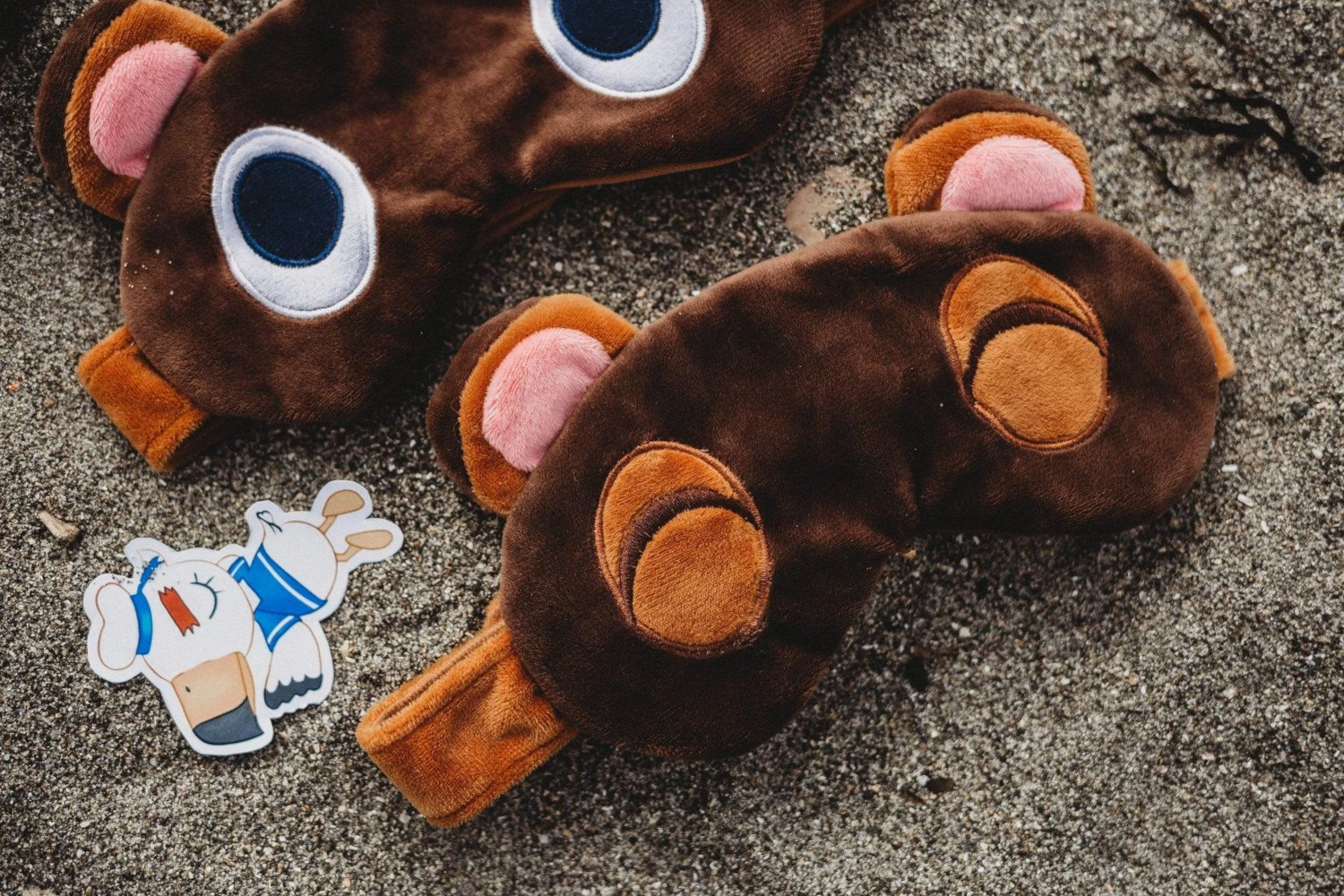 Need some shut-eye? Why not buy this Tom Nook plushie eye mask to get some much-needed sleep. Nap for Tom Nook – we hear he doesn’t get a lot of Zs himself! 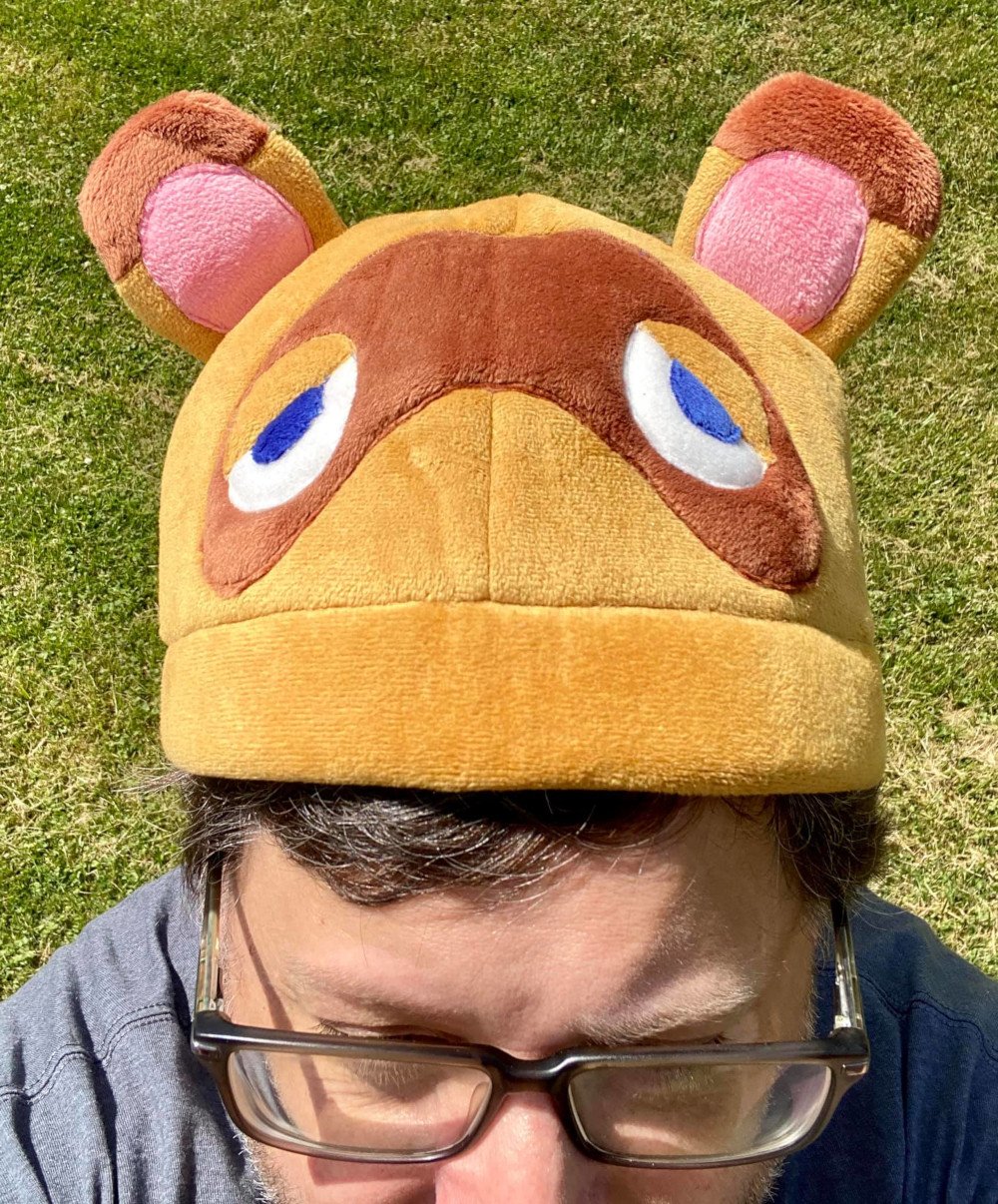 Keep your head warm with a Tom Nook plushie cap! You might look like PBS’s Arthur Read from Arthur from the back though! Ah well, two characters, one hat, who’s complaining? 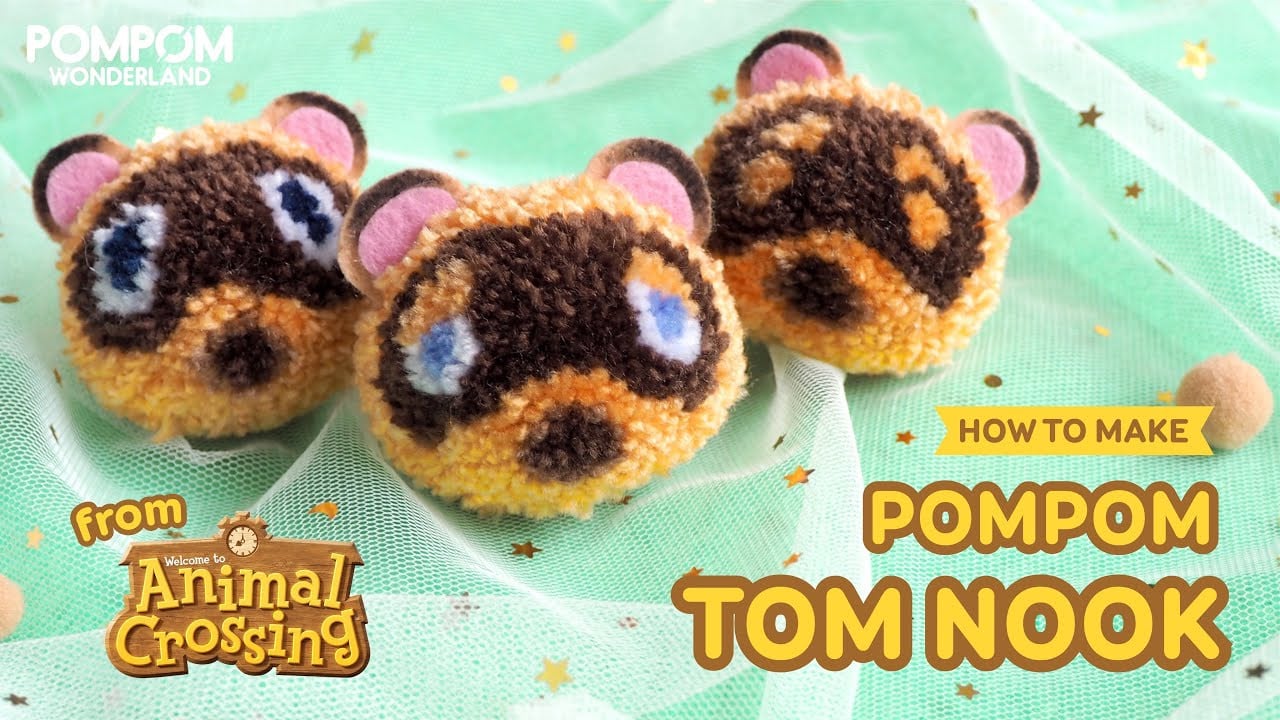 We think the Able sisters might have a YouTube channel set up where they teach you how to craft Animal Crossing merch. If not, they should, because these Tom Nook pom-poms are adorable! 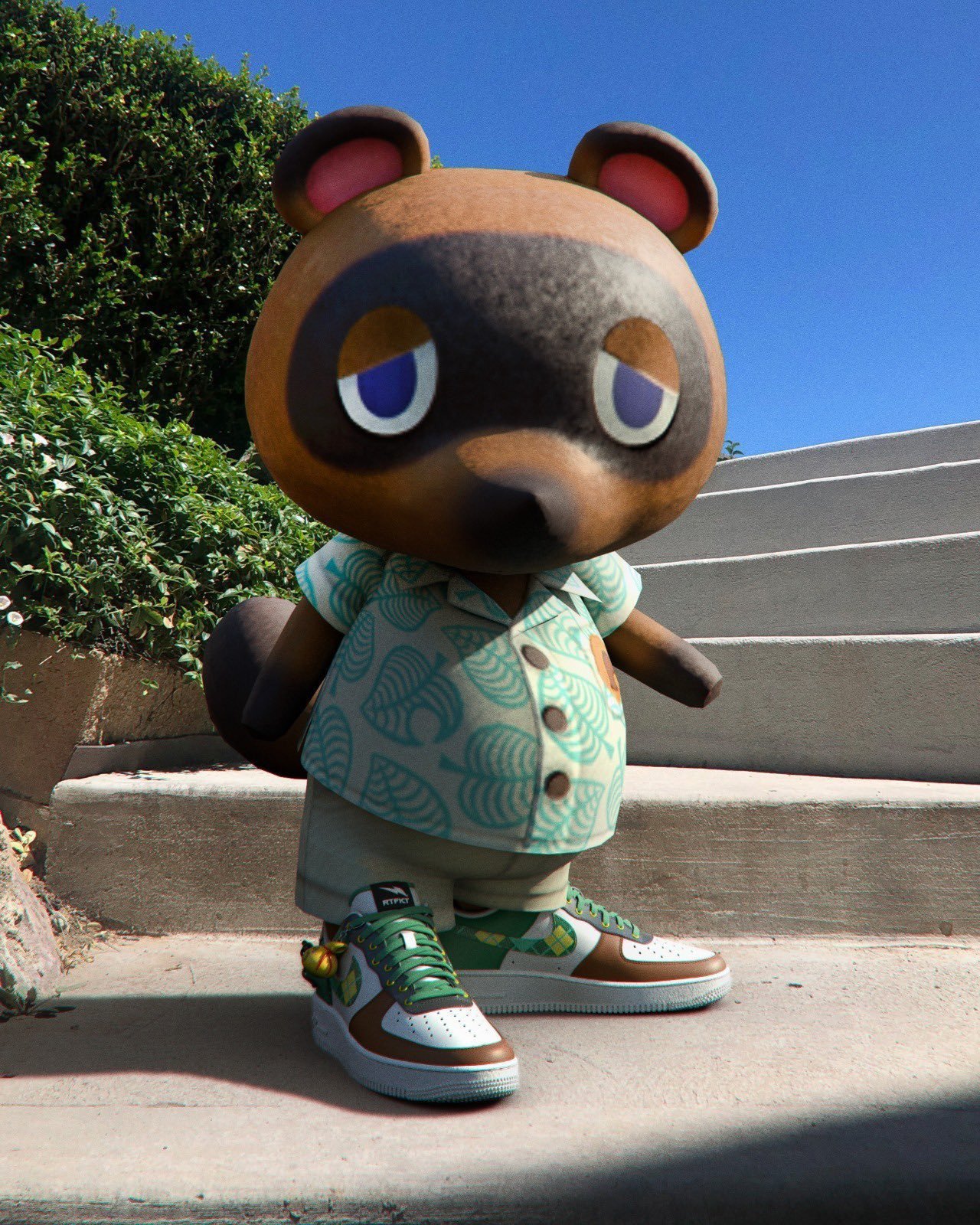 We’re not sure if this is a plushie, a deepfake, or a really good statue, but there’s something  . . . unsettling about seeing Tom Nook in the flesh like this 😨 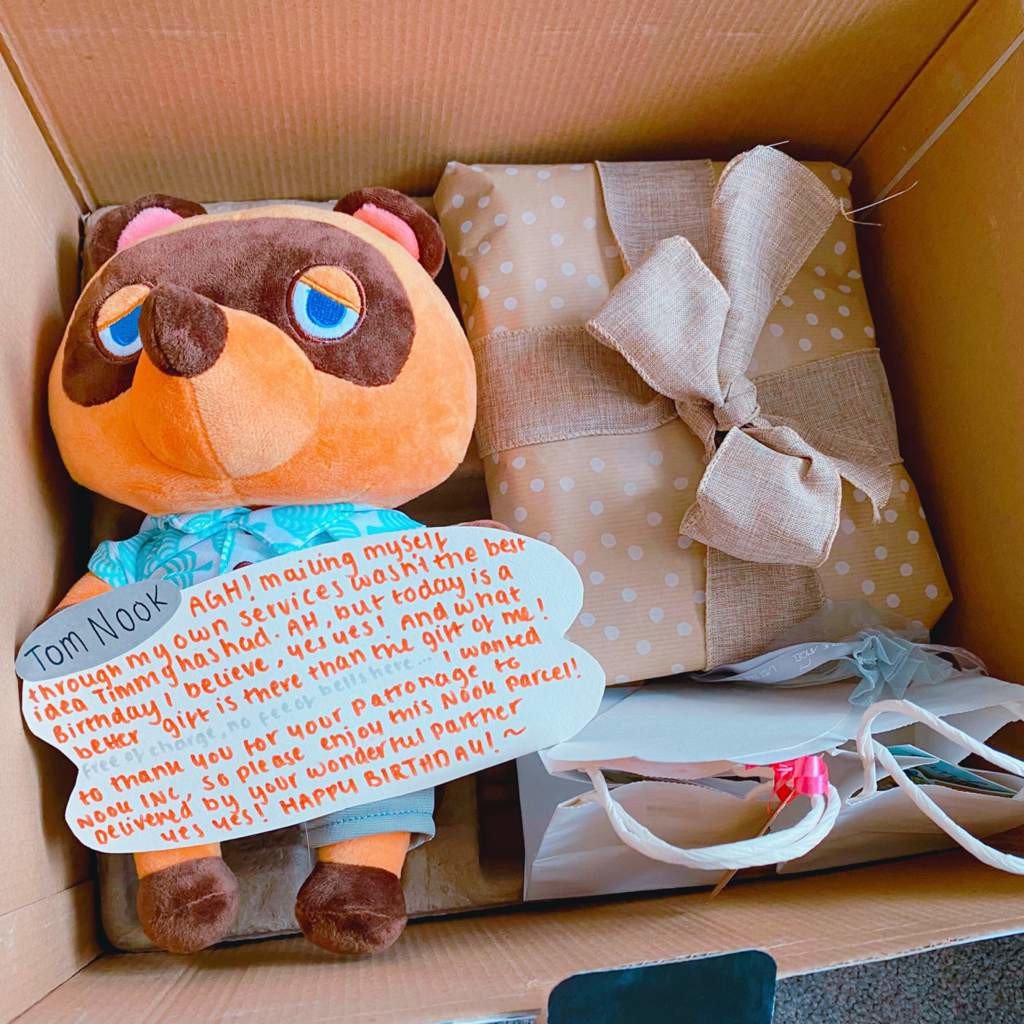 All in the packaging

Whoever packaged this Tom Nook plushie care package is a genius! 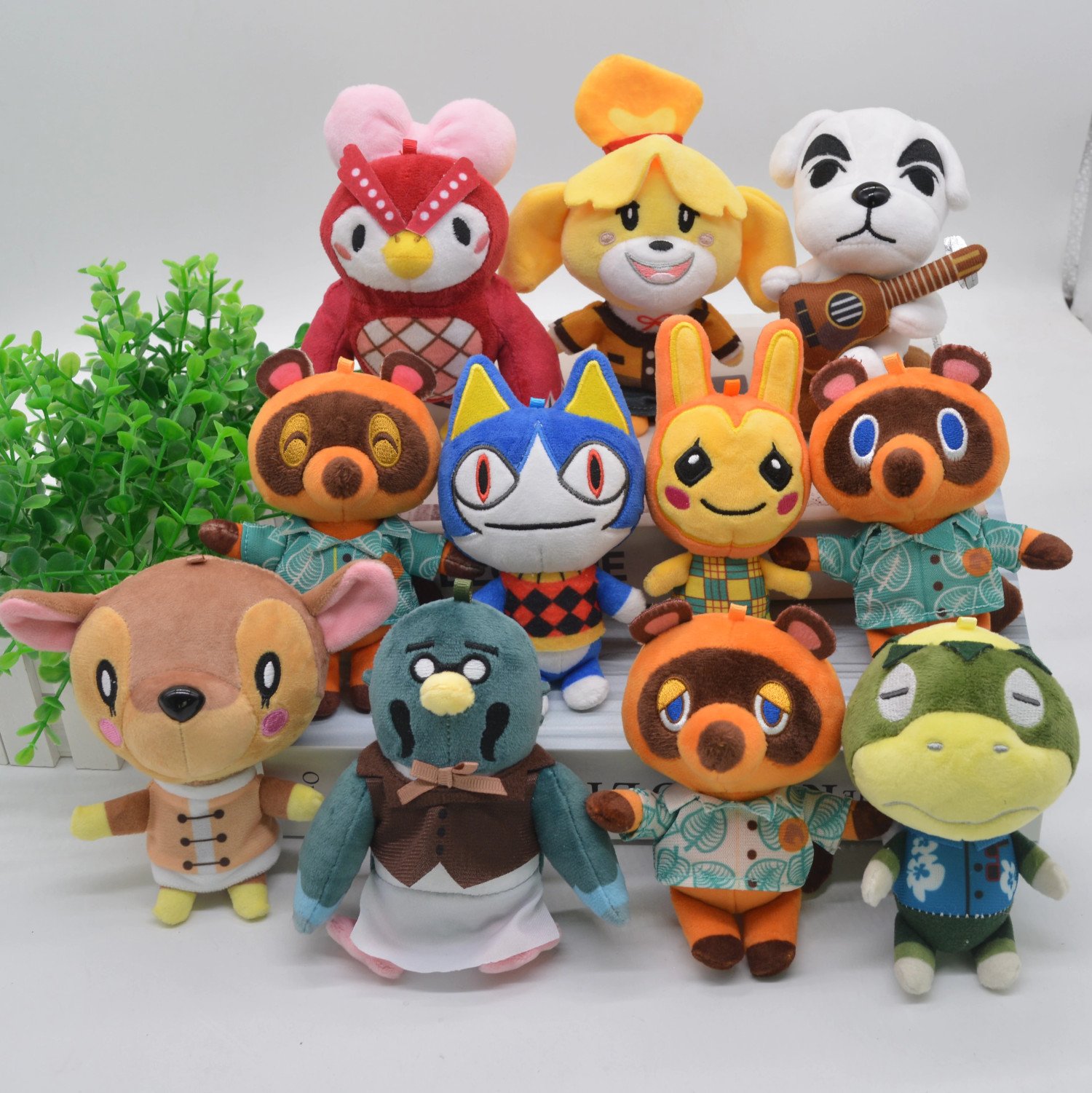 Why stop with Tom nook plushies when you can invite all your Animal Crossing friends into your home in plushie format?

Do you own a Tom Nook of any other Animal Crossing plushie? Did you or do you make your own? Either way, drop those adorable ACNH plushies for us to enjoy in the comments below! 🍃 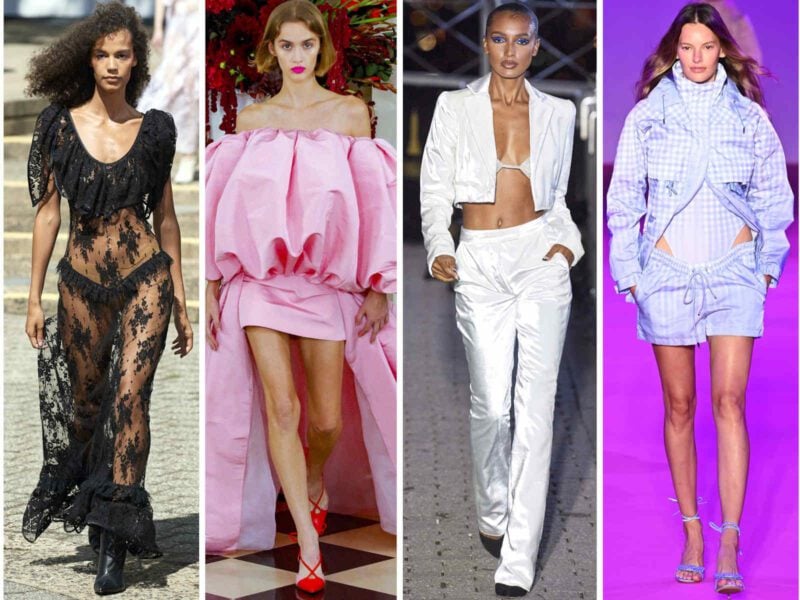 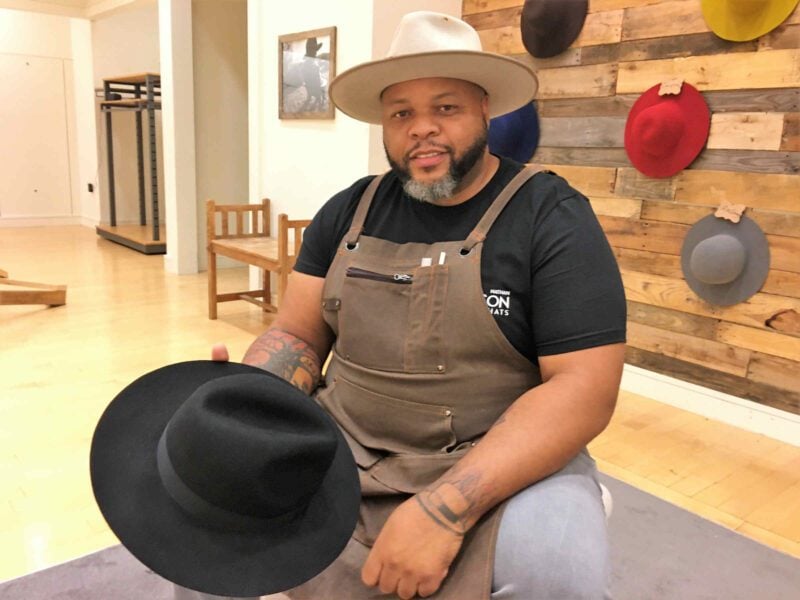 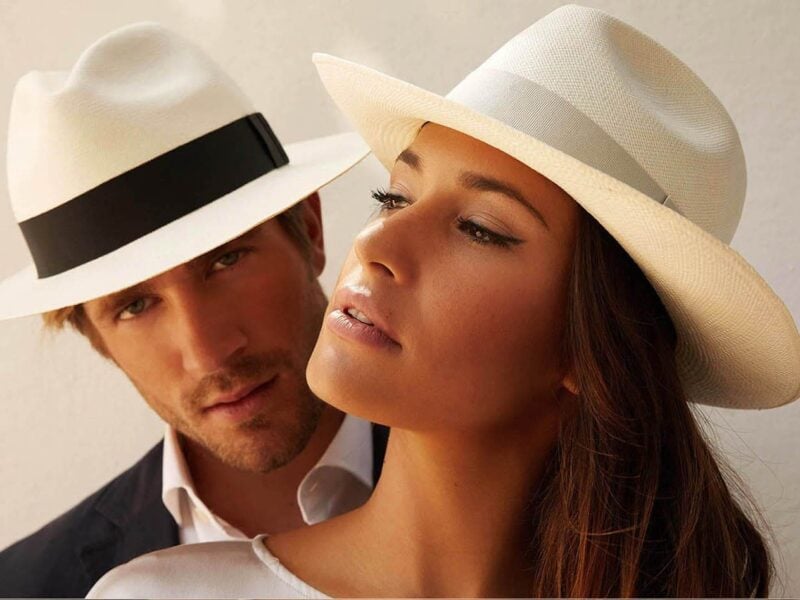 Accentuate your outfit and accessories with Panama hats