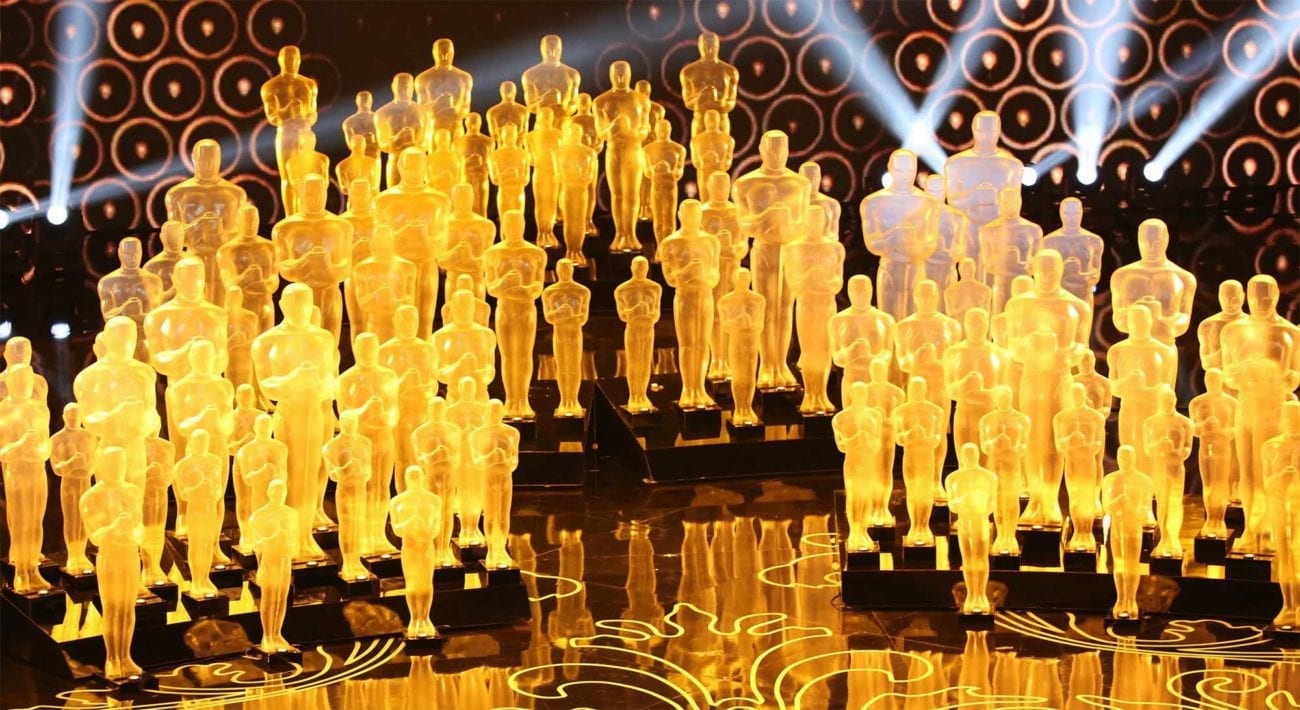 Why the Oscars deserve an award for the dumbest Academy rules

We know, we know – the last thing you want to spend your Thursday doing is thinking about the 2019 Oscars awards. But we’re not here to discuss who’s already in line for a nomination (despite the fact it’s not for another 11 months) or who might make what fashion choice on the red carpet (OMG, she’s wearing yellow and he’s wearing pink!? Must be some sort of feminist statement).

Nope, today we’re focusing on this week’s announcement that the Academy has tweaked its rules and subsequently pissed off a load of people (as per usual). Its new rule tweaks are generally met every year with a certain level of skepticism and while this year’s changes aren’t major, they could have consequences down the line.

On the positive side, voting for film music just got better, as all members of the Music Branch will be eligible to view films competing for Original Score and film clips of eligible Original Songs in order to vote in a first round. Compared to the previous system, this will allow more music members to take part in choosing the nominees. It’s good news for documentaries too, which will no longer need a theatrical run to qualify.

However, in a marketing change, studios, distributors, and filmmakers will have to use an Academy-approved mailing house to send award materials for films to Academy members. Each house will be given a list of the members who have opted-in (there’s an option to opt-out) with their contact details for both physical and digital deliveries. The Playlist explained, “The goal is to stop private collectors of Academy addresses who sell them for access. What it may do is make communication more difficult. If a screening is now canceled, moved, or there is a time change, studios and distributors can not email them directly . . . Also, who profits from this should immediately be in question (the Academy? A mailing house with no competition?).”

The rule facing most criticism is its decision to reduce Q&A screenings to just four, regardless of category or country in which the event takes place. The Playlist went on to perfectly summarize: “To say this may force less members to see these films in a theater is an understatement and, frankly, a mistake.” Still, it’s not the first mistake the Oscars has made with regards to its rule changes – there have been many over the years. Just take a look below:

In the past, the nominating committee for animated films was made up of specially invited Academy members – half from the animation branch, half from other branches. However, in 2017 the Academy opened it up to any member at all, meaning anyone from songwriters to actors to makeup artists could vote for the eventual winner. The rule left people worried members would opt for bigger studio movies, thus making it harder for foreign and independent animation to get through. At the time, while GKIDS CEO Eric Beckman remained optimistic, he pondered whether it “might be harder and more expensive for a smaller film to get attention.” Following the rule change, Disney–Pixar’s Coco took the title (so no surprises there). As Vox put it, “A rule change filled a once daring category with dreck.”

Remember the whole Oscars envelope debacle last year? You know – when La La Land was declared the best picture of 2016, only for the hosts to realize the envelopes had been mixed up and Moonlight was announced as the true winner (and rightfully so). That was a riot, wasn’t it? Well, instead of just making sure the right envelopes were handed in for its 2018 event (double check, people!), a partnership between the Academy of Motion Picture Arts and Sciences and the accounting firm PricewaterhouseCoopers saw the birth of a six-step plan to ensure it never happened again.

This included: presenters having to check in with stage managers before heading out on stage; a third accounting partner added to the event (their specific job to memorize every name of the award winner); three PwC accountants having to attend the Oscars rehearsals to practice what to do in the event of another mistake; PwC partners banned from using cellphones or any social media during the show; and Brian Cullinan and Martha Ruiz (the PwC partners responsible for the mistake) banned from the show. Surely the first rule would’ve been enough? Talk about damage control.

Back in 2008 (ten years ago, how time flies) the Academy added to its ridiculously illogical rules by declaring that no movie could have more than two songs nominated. The Los Angeles Times outlined the injustice of it all: “Where’s the logic in saying that actors can have only one bid per category, songwriters may have only two, but writers, directors, and crafts folks can have lots and lots?”

Despite its best efforts to reform the Best Foreign Language Film voting system, the Oscars still has some way to go when it comes to honoring the best of world cinema. The system used to be that countries would send their film in for consideration (and yes, the Academy will only accept just one film per country, which in itself limits the pool of diverse talent from around the world) and then volunteer Academy members would sift through the submissions to select five nominees. Obviously this seriously limited the films that were chosen – we all know the old boys’ club demographic of the Academy voting pool. Years back, this process was improved somewhat, in that the volunteers could select six movies, while a separate committee was granted permission to add three decent foreign titles that were omitted by the Academy voters, allowing for a more diverse slate. A separate voting team would then whittle this down to five nominees.

On the surface, the system had improved. However, as Grantland pointed out, the one-submission-per-nation rule still made for a lot of infighting, under-the-table deals, and political decision-making. “Who are each country’s selectors, how are they chosen, and what guards against favoritism? Who the hell knows? Why is it that Pedro Almodóvar, possibly the most beloved living European director among US moviegoers, can’t compete for best foreign language film with his elegantly nightmarish new movie The Skin I Live In — just as his last film, Broken Embraces, was ineligible? Because Spain didn’t pick him, that’s why.”

The musical categories seem to get a lot of shit from the Academy when it comes to the rule book, one of the most arbitrary once being that songs not specifically written for a film are not eligible for nomination. This rule has led to the omission of some truly outstanding tracks, like the romantical duet “Come What May” in Moulin Rouge!, which was deemed ineligible because it was first written for Luhrmann’s 1996 version of Romeo + Juliet (despite the fact it was never used in the Shakespearean remake). More recently, Carly Rae Jepsen’s “Cut to the Feeling” was ruled out of competing for an Academy Award for Best Original Song because it wasn’t written specially for the 206 animation film Leap! in which it featured. When discussing the rule, IndieWire declared, “while it made plenty of sense in 1941, it feels antiquated in a digital world where the creation of music is no longer so inextricably tethered to the corporate interests who fund it.” 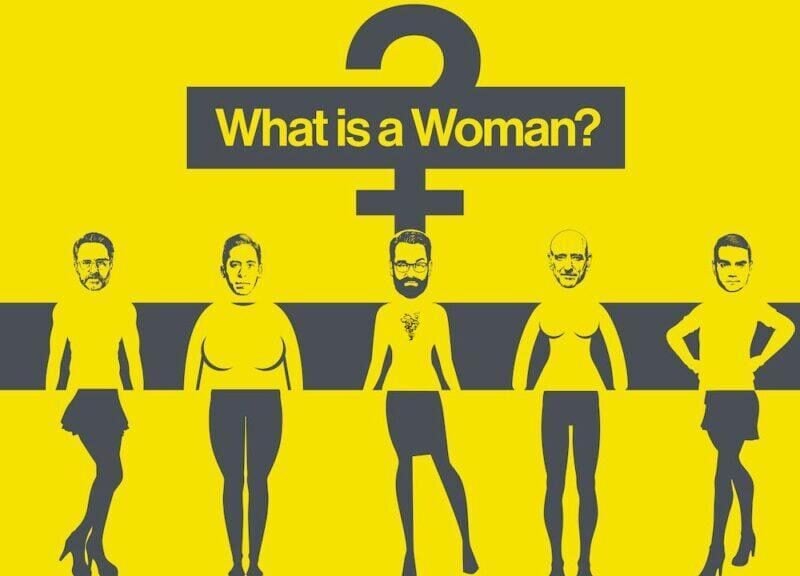