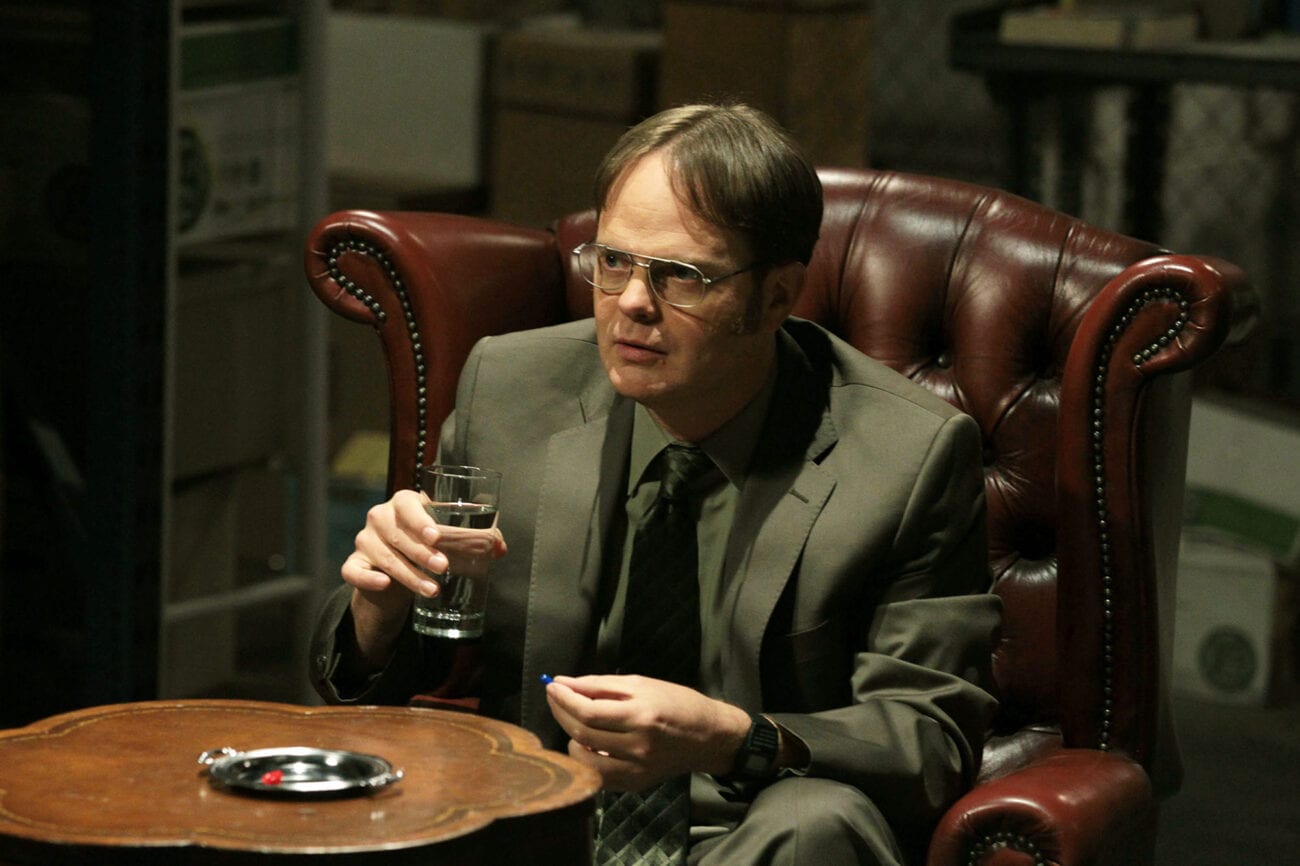 You may think you’ve seen everything The Office has to offer (maybe even a couple times at this point), but think again! Though The Office series finale aired on NBC back in 2013, one scene was omitted from the final cut and has just been presented to the public as new streaming platform Peacock’s welcome gift.

Snatched from the grasp of Netflix after years as the hallmark streaming bingewatch series, all nine seasons of The Office were transferred to Peacock at the turn of the New Year. (And Peacock sure needed it as an anchor series for the floundering platform.) Though we were sorry to see the workplace mockumentary go, NBC presented newfound Office “Superfan Episodes”, and unseen footage to give the fandom a refresh on Peacock.

One unseen cut we’re particularly jolly about involves a final legendary prank pulled on the delightfully gullible Dwight Schrute (Rainn Wilson) – executed by none other than the cunning duo Jim & Pam Halpert (John Krasinski & Jenna Fischer), of course. Here’s a look at the hilarious alternate opening to The Office finale.

The conniving scheme sets Dwight up to believe he’s been invited to enter the Matrix, a reference to the Wachowski siblings’ 1999 action sci-fi movie. To convince Dwight that this is the real deal, Jim & Pam plan all kinds of tricks including training a black cat to show a glitch in the system, giving him cryptic messages, and hiring people wearing those iconic sunglasses like security guard Hank (or should we call him Dorpheus.)

We have to stop and acknowledge how treasurable it is to see Hugh Dane give this hilarious performance imitating Matrix character Morpheus’s brother hilariously name Dorpheus. As Jim puts it, he totally nailed it. Sadly, Hugh Dane passed in 2018, so the scene serves as a nice memory of his work on The Office. 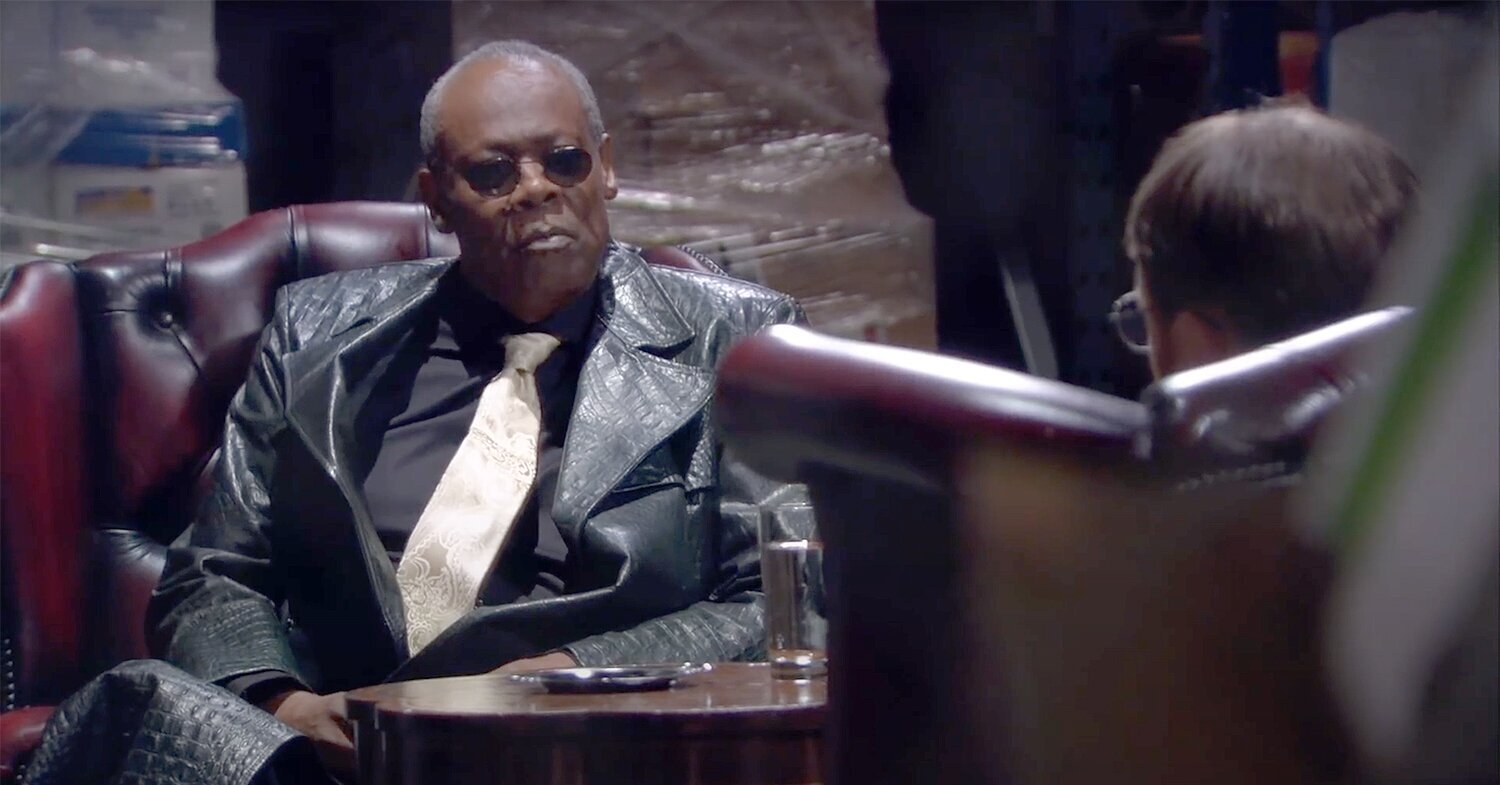 However, with Dwight riding high as the new office manager about to marry Angela Martin, he ends up rejecting the invitation to enter the Matrix by choosing to take “the blue pill” over the red one. (Though, as Hank points out, the blue pill may not have been safe to ingest.)

This uncharacteristic choice surprises Jim & Pam who had a lot more planned for their dear nerdy friend, Dwight. While we’d love to see whatever they had planned (probably an epic battle), Dwight’s contented demeanor is a sweet way to kick off the finale. 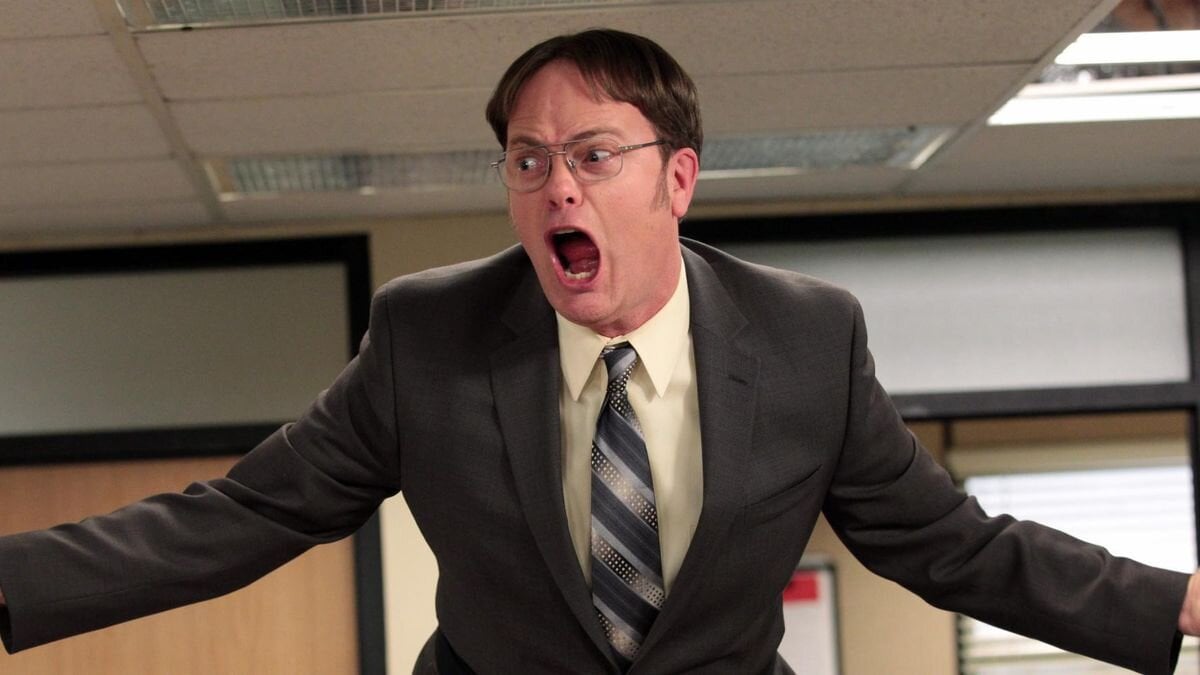 You may be thinking: why on earth didn’t this scene make it to the actual cut of The Office finale? The more Dwight pranks the better, right? With a fun Matrix reference and killer performance by the late Hugh Dane, including the final prank seems like a no-brainer.

Brian Baumgartner, the actor who plays Kevin on the show, actually brought up the cold open on an episode of his podcast An Oral History of the Office. Joining Baumgartner was The Office editor Dave Rogers who explained that the sequence was simply cut in order to trim down the episode and save on time. (Not to mention, the clip may have been cut because it’s a bit far-fetched.)

Instead of opening with the Matrix prank, The Office finale begins with a short recap of what happens to Dunder-Mifflin employees a year after the documentary crew stops following them. Thankfully Peacock has reinstated this fun opening, despite its perhaps over-the-top quality. 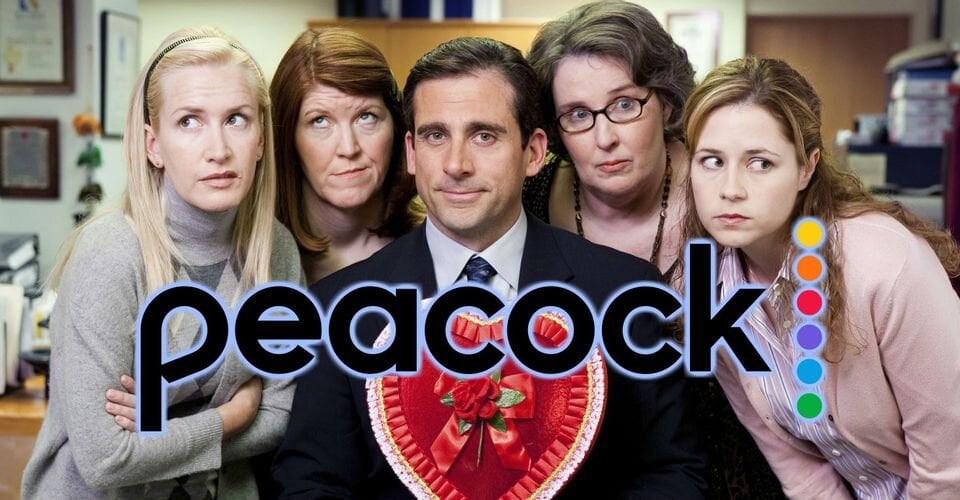 While some seem thrilled with this extra footage enticing The Office fans, others can’t help but feel a bit salty. 🧂 Peacock releasing an alternate opening of the finale just rubs salt in the fresh wound left after The Office was torn from its home in the Netflix library.

Why didn’t Netflix have access to this scene or other extended footage? Why was it withheld for so long when The Office fans have been pining for more content forever? Does it really matter, or are we just butthurt?

You tell us – what do you think of this new little addition to The Office story? The first three seasons of The Office are available for free on Peacock now.