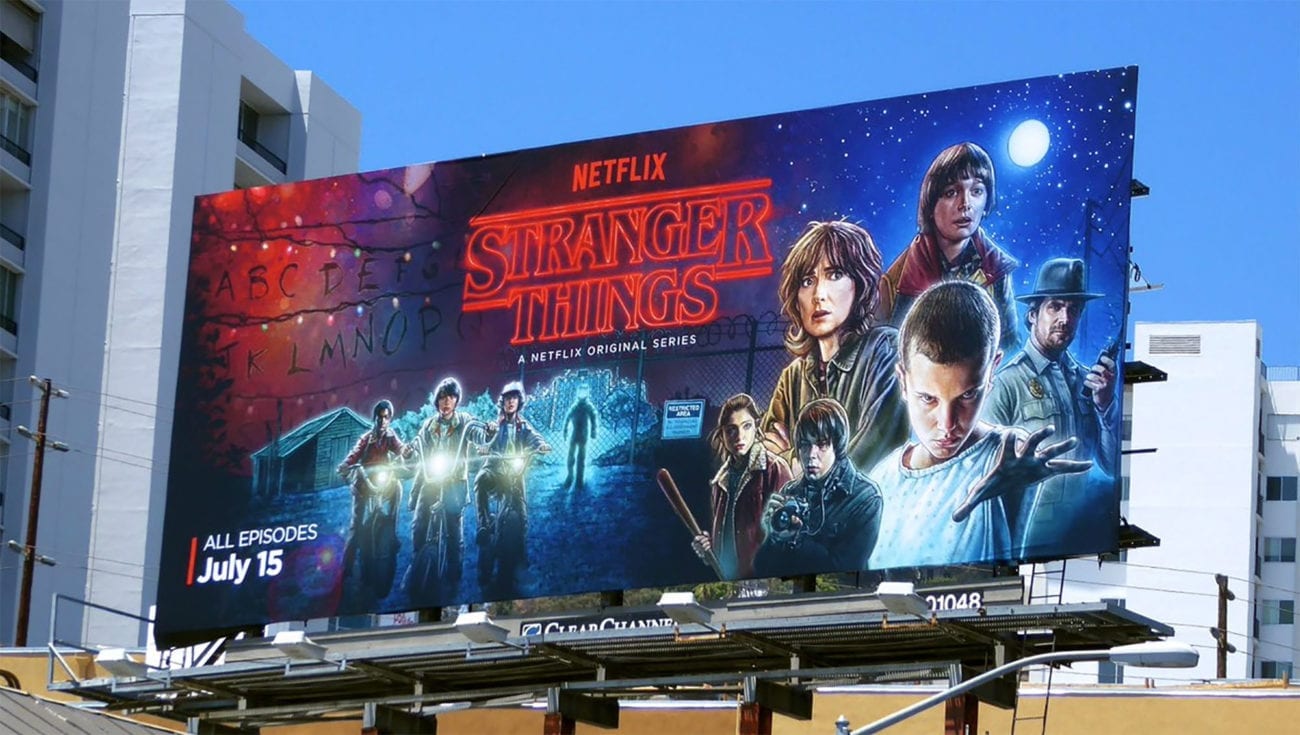 We’ve said it once and we’ll say it again: Netflix is on the brink of world domination. In the latest news to come from the Netflix monopoly, the streaming behemoth is planning on placing one of those plastic red hotels (metaphorically speaking, of course) on West Hollywood’s famed Sunset Strip by setting up a series of advertisement billboards in the area.

Netflix – already a heavy advertiser on the Strip – now owns 35 billboard displays on roughly two dozen structures. It was revealed back in April 2018 that Netflix was offering $300 million to acquire Los Angeles-based Regency Outdoor Advertising.

In an update, sources told Reuters: “Netflix decided to buy only half of Regency’s assets for $150 million, to focus on the Sunset Strip in a deal expected to close in July. It is also considering acquiring other Regency billboards in Hollywood, near the Dolby Theatre, home of the Academy Awards.” 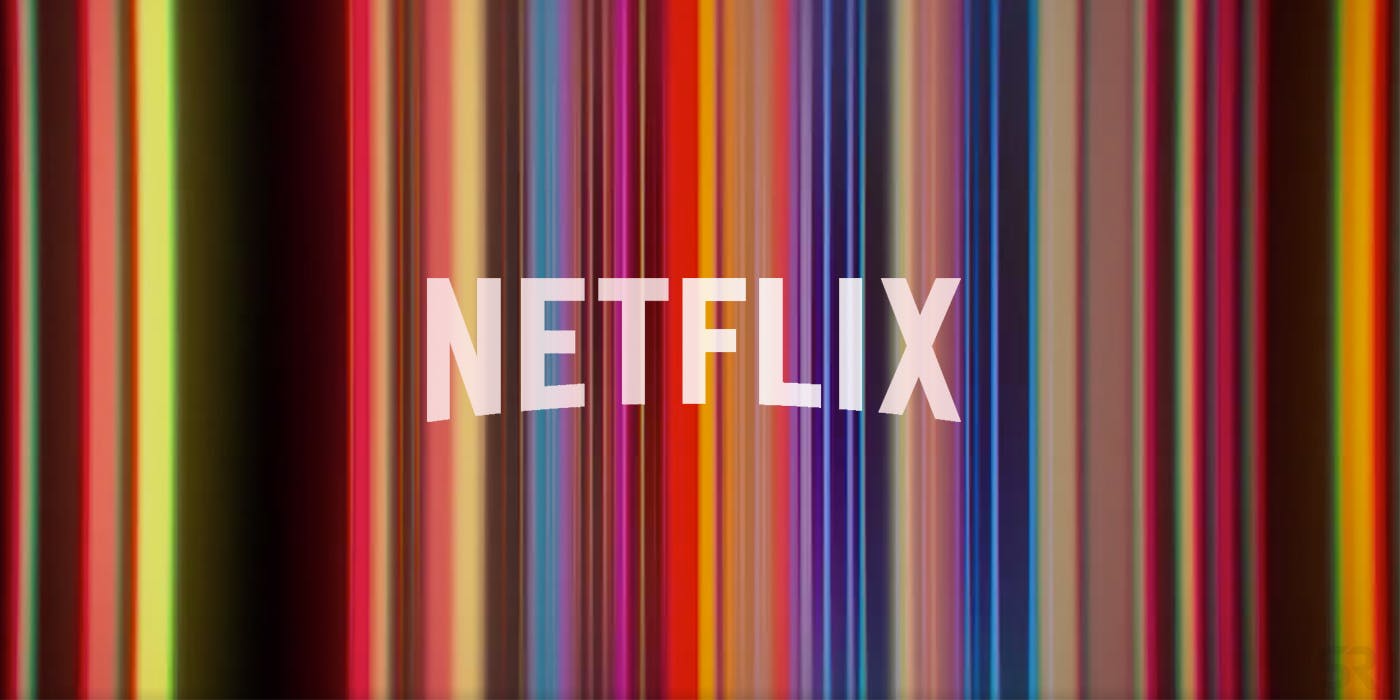 The deal will signify Netflix’s latest move to take the crown as the leading Hollywood producer and distributor, kicking off competition from other entertainment powerhouses. As Reuters outlined, the new strategy calls for Netflix to use the billboards in house, meaning ads will be cast out for rivals such as HBO and Showtime, both of which currently promote shows on Regency billboards in the area.

If the deal goes through, the boards will be a physical representation of Netflix’s takeover of the industry, portraying a company that is beating out all competition and standing tall against its competitors. Should other networks be scared? Absolutely. In the words of reporter Julia Alexander, “Netflix’s goal is clear — to dominate the television landscape — and networks like CBS, FX, and ABC are terrified.”

Figures showed that Netflix had once again beat expectations, having hit 125 million subscribers worldwide between January and March 2018.

During the same period, the company invited 7.4 million new subscribers – a new record in the first quarter – and in the following few weeks, over 50% of its audience was found to be outside of the US. Netflix proudly noted to investors that quarterly revenue grew 43% year over year in Q1, casting “the fastest pace in the history of our streaming business.”

The previous month, Netflix CFO David Wells shared the news of the streaming giant adding roughly 700 Netflix Originals to its slate in 2018. This figure includes returning seasons of past original series, meaning 700 was the total additional original titles (new and returning), but still: gotta give Netflix the new content crown there. 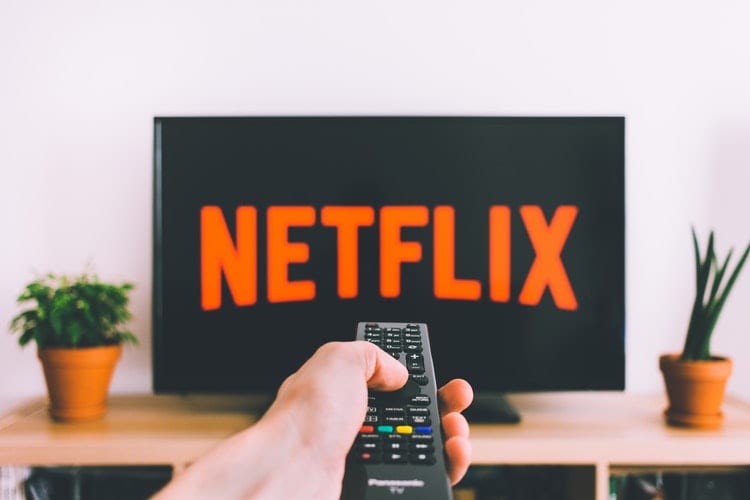 A survey from from financial service company Cowen & Co. that found Netflix is more popular than cable TV and YouTube.

“Over the long term, assuming (Netflix) is able to continue to increasingly offer great content, this lead clearly bodes well for further value creation,” wrote Cowen & Co. analysts in a research note. So as Netflix continues to pump out tons of original content, audiences continue to favor Netflix as their go-to content provider. 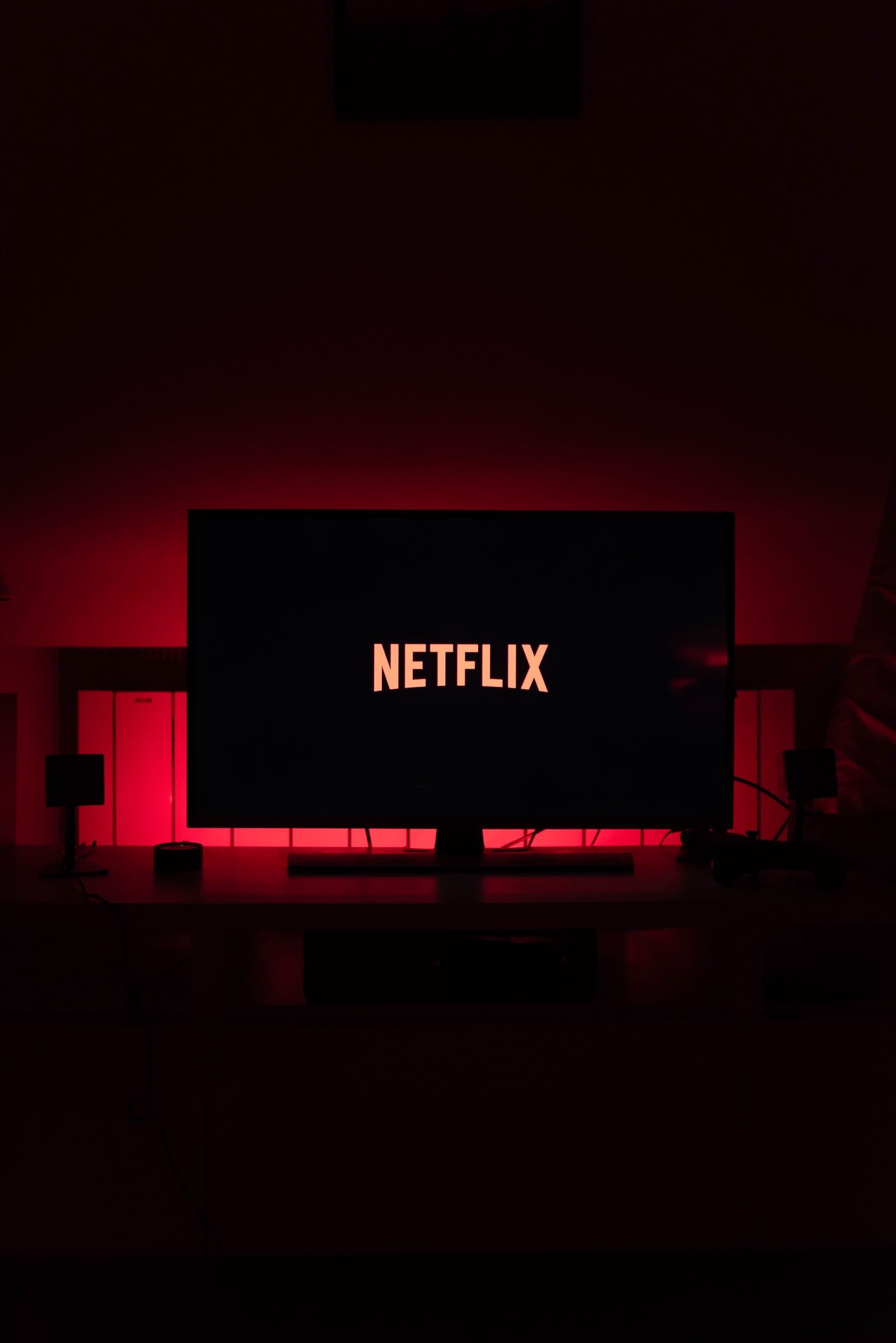 The US living room takeover is well underway! But what about Europe? Well, apparently the streaming site is also testing a new tier of pricing to European users known as “Ultra” tier, which will cost up to 20 euros per month.

The new service has “consistently offered 4K with HDR and a maximum of four streams,” noted Engadget. A Netflix spokesperson confirmed the tests to CNET, stating, “In this case, we are testing slightly different price points and features to better understand how consumers value Netflix.” 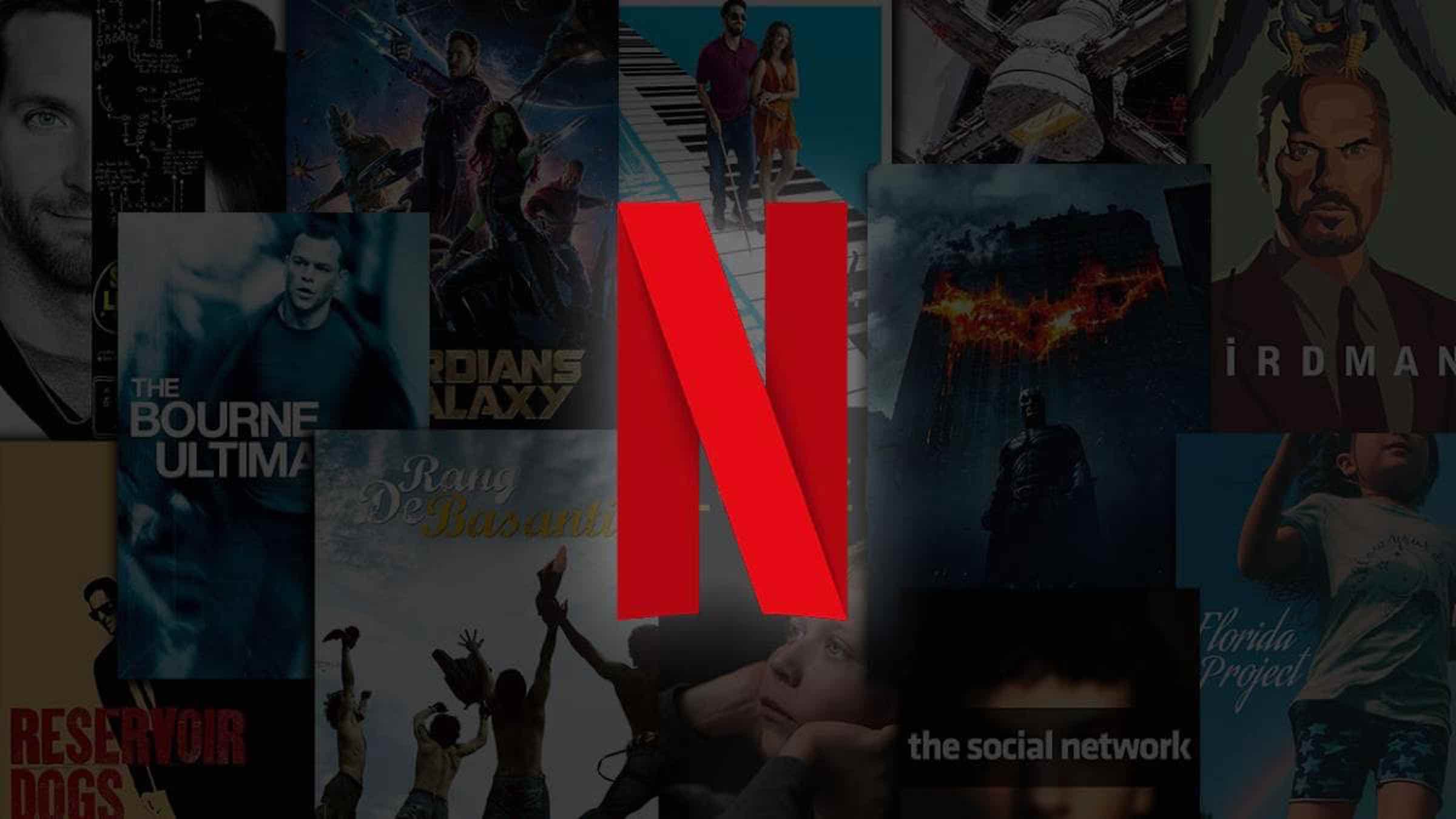 As Netflix continues to roll out additional services and branch out into new markets, many have questioned when it will reach its plateau. The short answer being: not for a long while. Netflix founder and CEO Reed Hastings announced during an earnings video conference in April that he sees plenty more growth ahead:

Whether our share grows or shrinks is really down to, do we make great content, market it well, serve it up beautifully? . . . We’ve got some great momentum and we’re very excited about that. But we have a long way to go in terms of earning all of the viewing that we want to.

At the movies with Netflix

With such a strong holding and plans for monumental growth ahead, it’s no wonder FX, HBO, and pretty much every other rival network are shaking in their proverbial boots right now. And as mentioned, it’s not just the TV industry Netflix is dominating.

Over the years, the blame on dwindling cinema ticket sales has increasingly been placed on Netflix. (Because let’s face it – why pay $30 to watch yet another superhero flick when you could stay at home and Netflix ‘n’ Chill for a fraction of the price?) 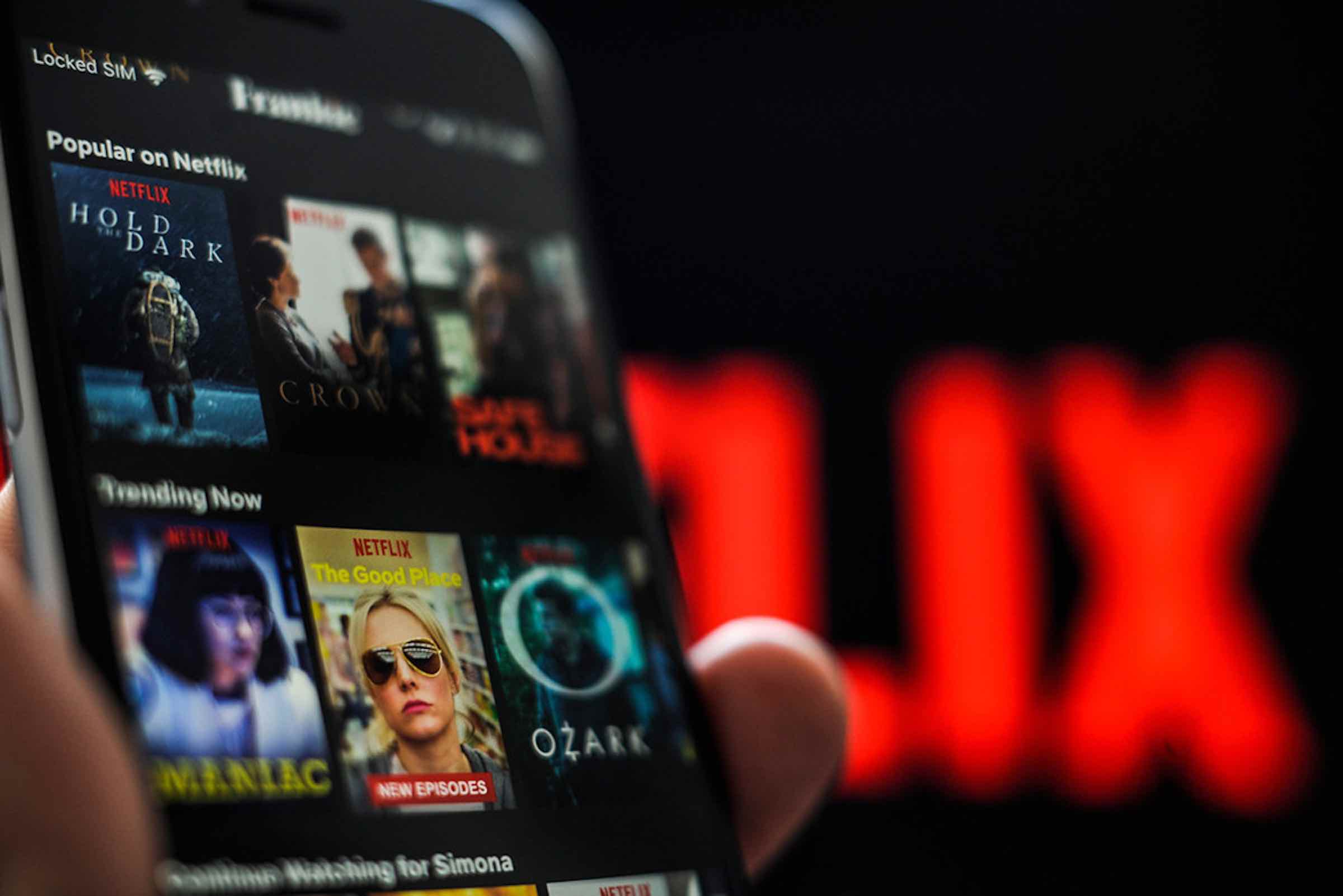 However, a recent report from the Los Angeles Times suggested Netflix is considering taking the leap into the movie theater business by buying theaters in Los Angeles & New York in an aim to gain a boost during Oscar season.

And although no handshakes were made, such murmurings suggest Netflix is pondering a venture into the cinema market, which would not only boost the ratings of Netflix, but also might diversify the slate at theaters and thus help to save the dying cinema experience.

The Guardian described Netflix’s continued growth as a “new world order”, adding how the entertainment company has become so powerful, “it can even afford to snub Cannes.” For us this means more great content and, quite frankly, we relish the thought.

We want more original shows like GLOW, Orange is the New Black, and The Crown; we want more bingeworthy dramas such as Safe and The Rain; we’ll never grow tired of Netflix’s international push with shows like Dark and Sacred Games; and we enjoyed feature-length epics like Apostle and The Irishman.

Netflix’s exponential growth is down to many things, but the main reason people keep coming back or new subscribers turn to its services is because it creates and pushes great content. 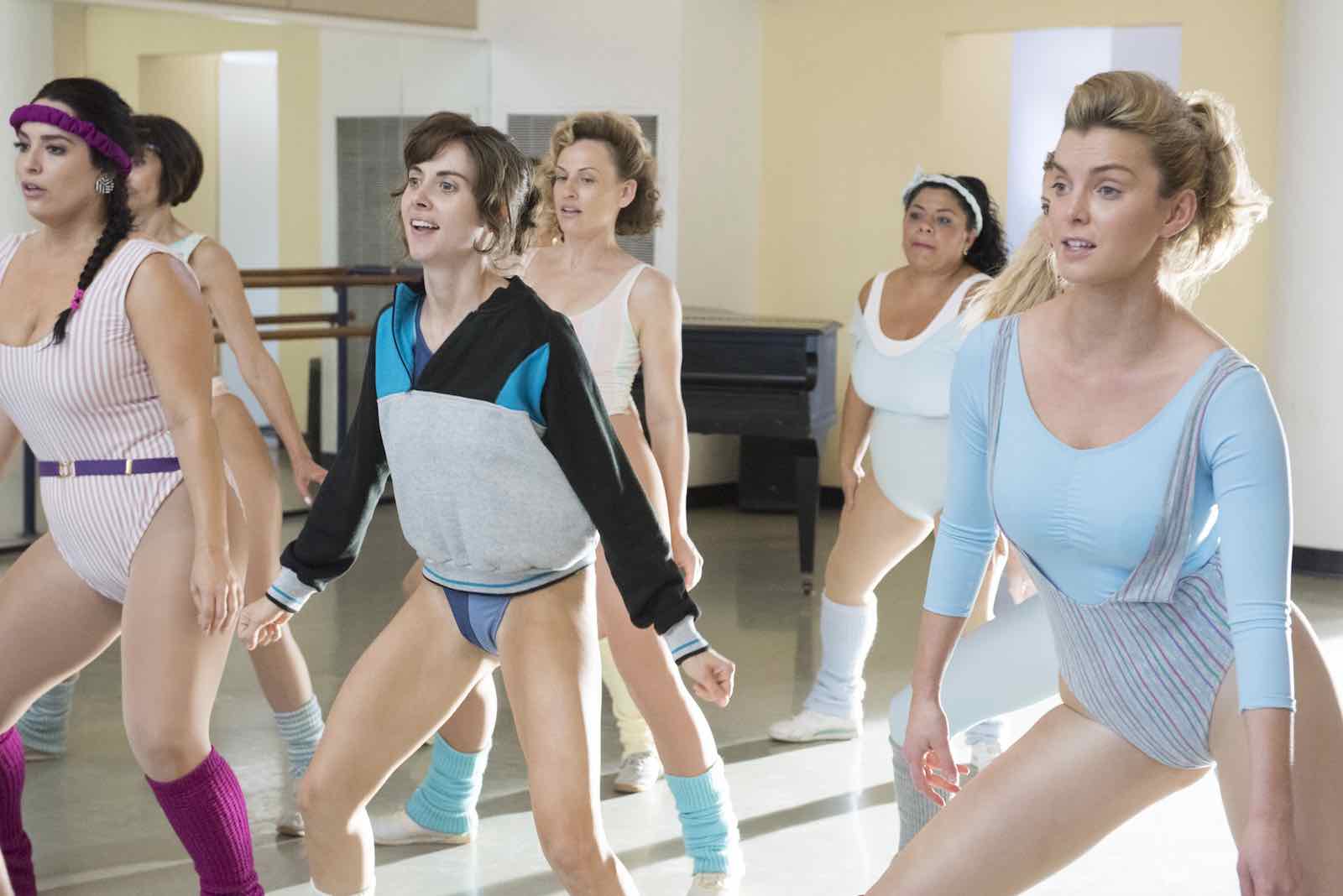 At the same time, we don’t want to see a market engulfed by only one or a handful of major players with pockets deeper than the ocean. So while we will continue to subscribe to Netflix and enjoy the rich and diverse content it provides, we think it’s important to support the smaller players – the indie streamers who strive to offer up niche and curated content that caters to film buffs and TV lovers worldwide.

Mubi, FilmStruck, Shudder, and Fandor are just a few of the alternative SVOD services worth subscribing to. So in addition to subscribing to Netflix, let’s offer support to the indie streamers and make the future of TV & film a bright one for the many, not the few.