Are You Human Too? Must-see Korean TV dramas out this month

If you’re a fan of Korean cinema, why haven’t you jumped on the K-Drama train (to Busan) yet? There’s a whole host to look forward to this month for veteran and new fans of Korean TV, with most available on Netflix and DramaFever – a site dedicated to K-Dramas. So switch on those subtitles and prepare for some genre-bending delights.

Are You Human Too?

Coming out in early June, this sci-fi drama is about an heir to a Korean conglomerate who falls into a coma and his mother replaces him with an identical android version. Chaos ensues when the android starts to develop human feelings.

K-pop veteran Rain (I’m a Cyborg, But That’s OK) stars as a smart alec detective, and is paired with a female detective (Dong-geon Lee) who can sketch the future. Together they set out to capture a serial killer who killed Rain’s fiancée. Red warning: Strong possibility of tears.

The older-woman-younger-man romance is a staple in Korean television and Something in the Rain is no different. The story revolves around a woman in her thirties (Ye-jin Son) falling for her best friend’s brother. Fun fact: It also has an alternative title Pretty Older Sister Who Treats Me to Meals.

This Netflix Originals crime drama tells an intricate story about the daily life of a group of police officers in Hongil police precinct office. One highlight is that each character leads their own story. Think Brooklyn Nine-Nine with more grit and realism but keep the camaraderie and loveable characters. Live will make you feel all the emotions, so keep the tissues close by. 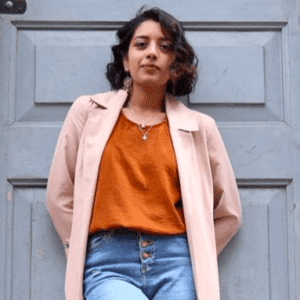 Anviksha Patel is a freelance writer and amateur cook. Combining a passion for food and cinema, her favourite film is Ratatouille. When she isn't bingeing Netflix or experimenting new recipes, Anviksha hosts her own food podcast, At First Bite.