Money Heist is great for a lot of reasons, and of them is that they’ve made truly detestable characters which are so enjoyable to hate with a burning hot passion. Of all the characters though Arturo, or as we prefer to call him Arturito, is the worst Money Heist character of all.

Arturito goads people into doing his dirty work for him, cheated on his wife, encouraged his secret girlfriend to get an abortion, fearmongers his fellow hostages, and in the last season he raped a woman after drugging her. So yeah, calling him “Little Arturo” is honestly a way nicer nickname than he deserves.

We’ve compiled some of our favorite memes dunking on Arturo to help release some of our hatred for the character. We hope you enjoy them just as much as we do. 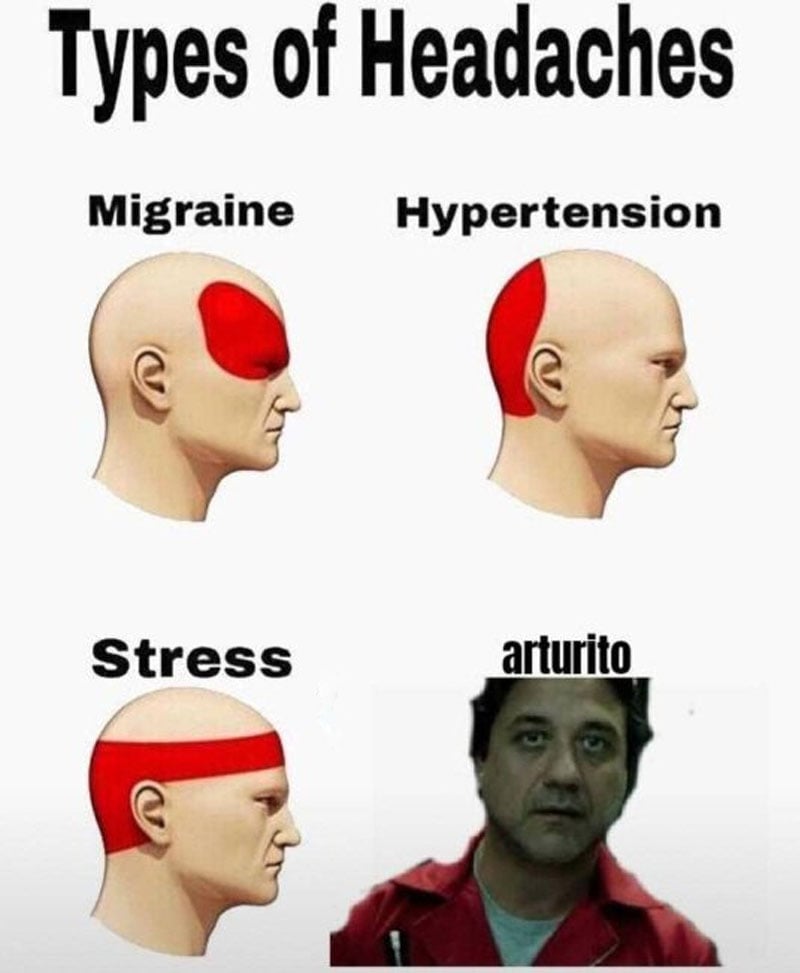 It’s important to know what kind of headache you have so you can figure out how to alleviate the pain. If it’s the fourth kind though, you’re out of luck – doctors still haven’t figured out a remedy for those. 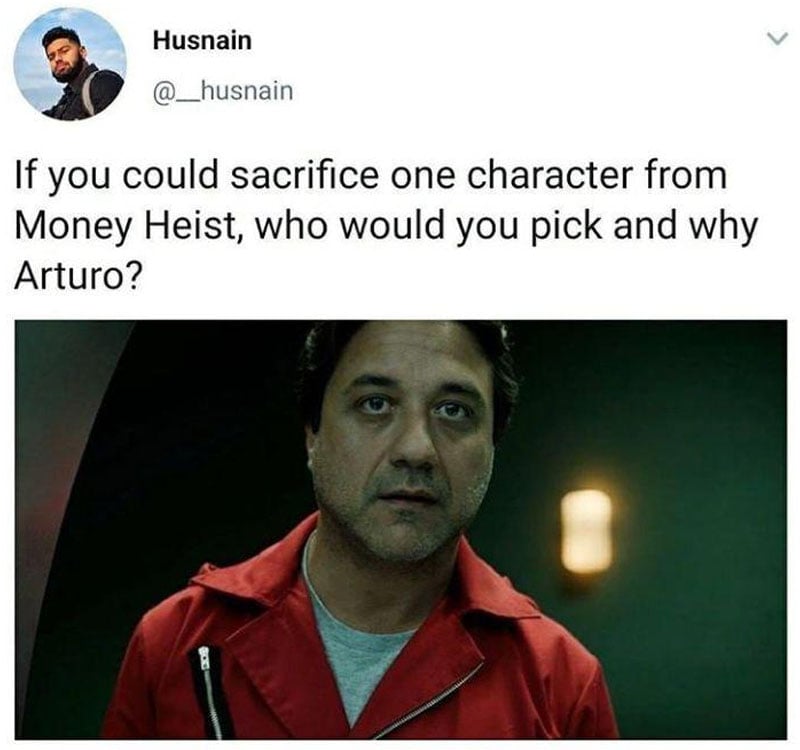 If you have an answer that isn’t Arturo then we’re not sure we can trust you. 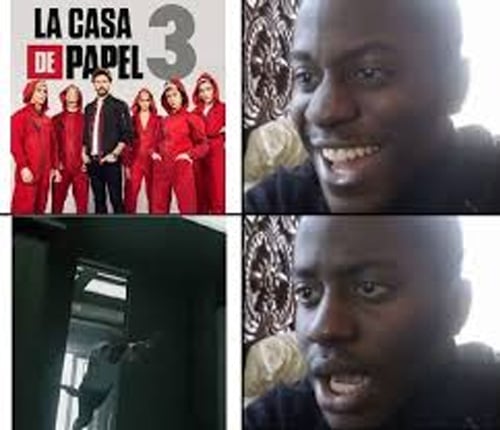 It was all fun and games until Arturito decided to crash the second heist. Now we’re still going to be stuck with him going into season five. 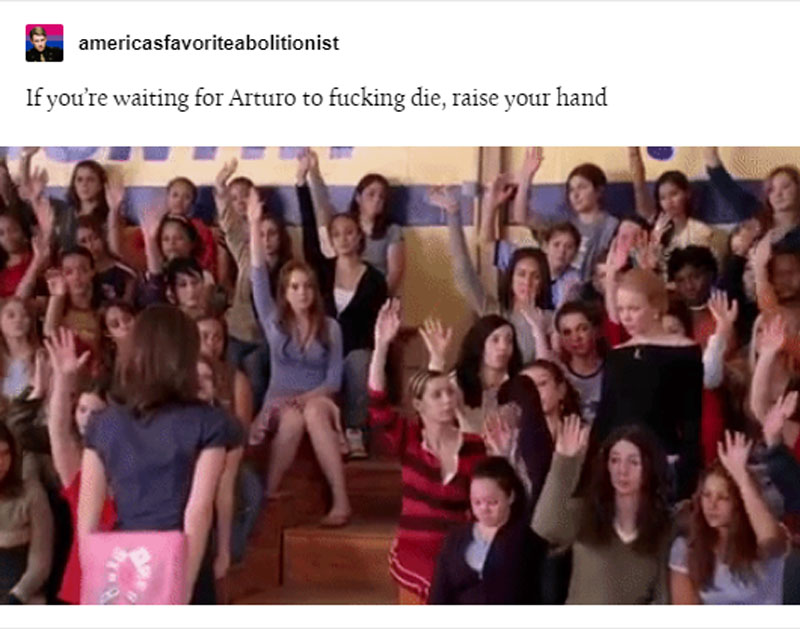 Sometimes when a character is truly terrible, the only way to provide the audience with enough karmic retribution to feel okay about things, is to just kill them off. 🤷 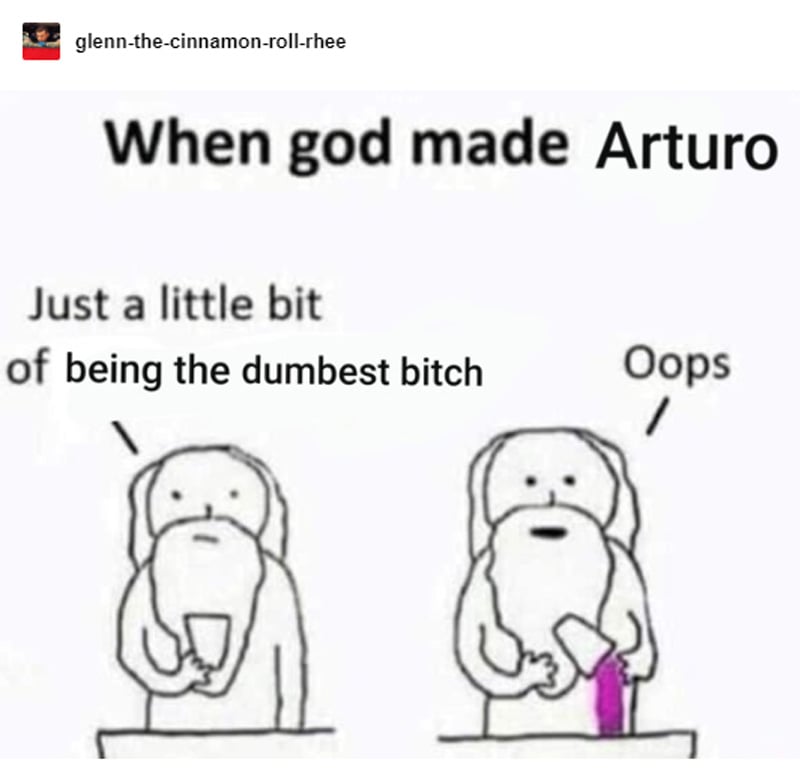 We all make mistakes

However, Arturo makes more mistakes than anyone else, and they aren’t small ones either. 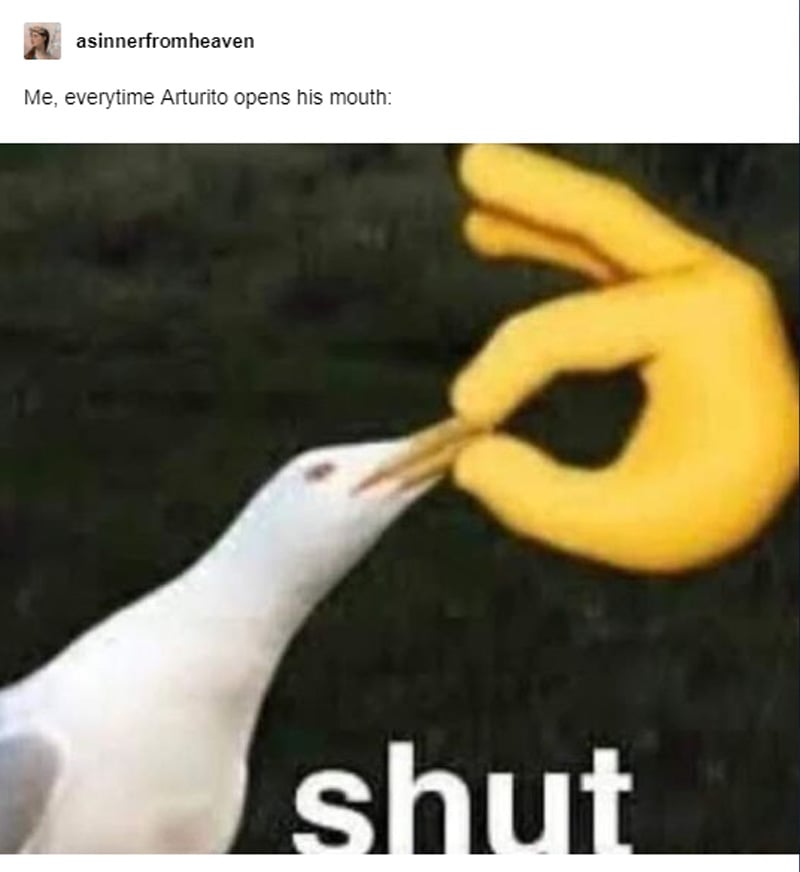 Literally every time Arturo started monologuing while everyone was locked up in the library. Someone has become way too comfy in their role as a hostage. 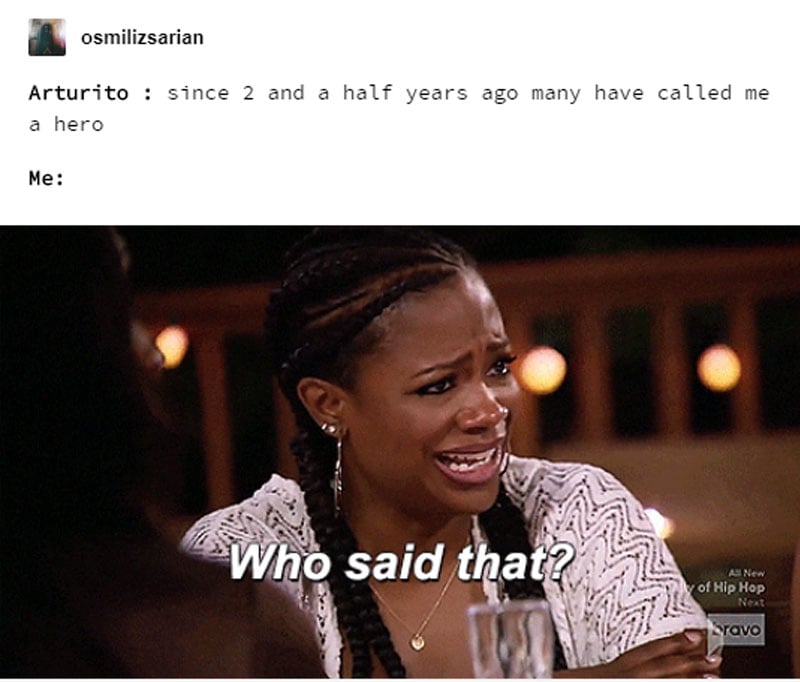 Crowds of people may show up to hear you talk about your book, but we’re all fully convinced it’s hate watching. 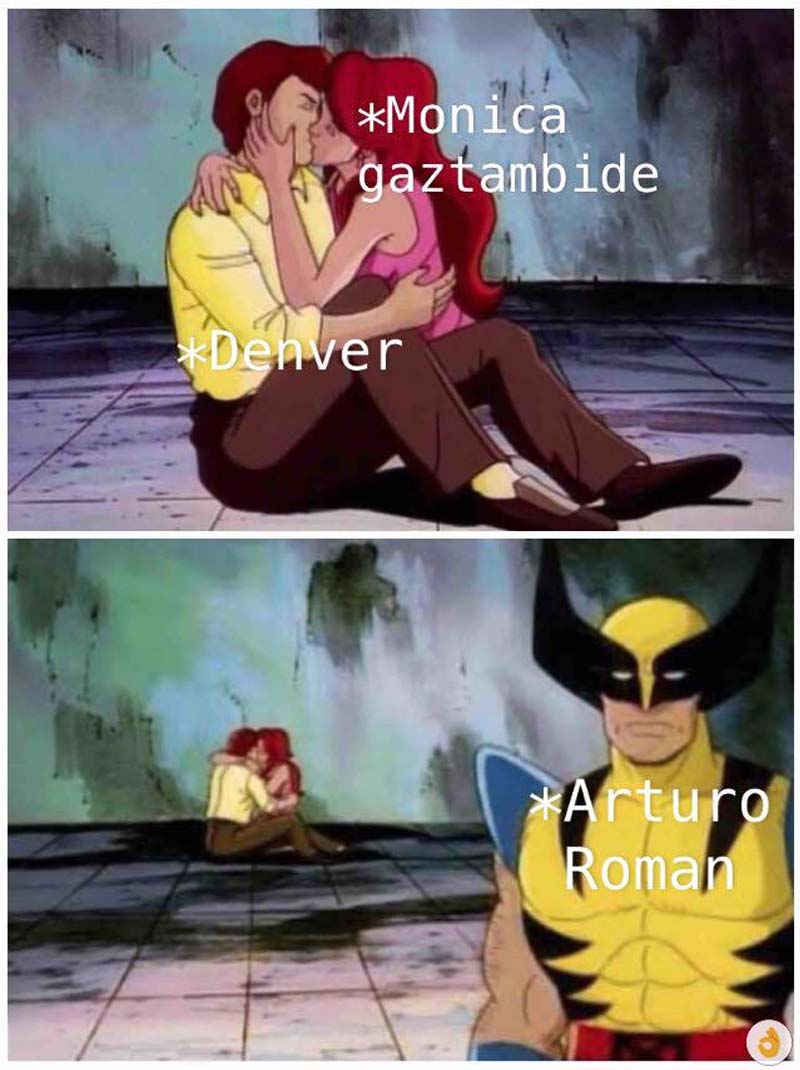 Arturo finding his girlfriend having sex with Denver was one of the most satisfying moments in all of Money Heist.

A trio for the ages