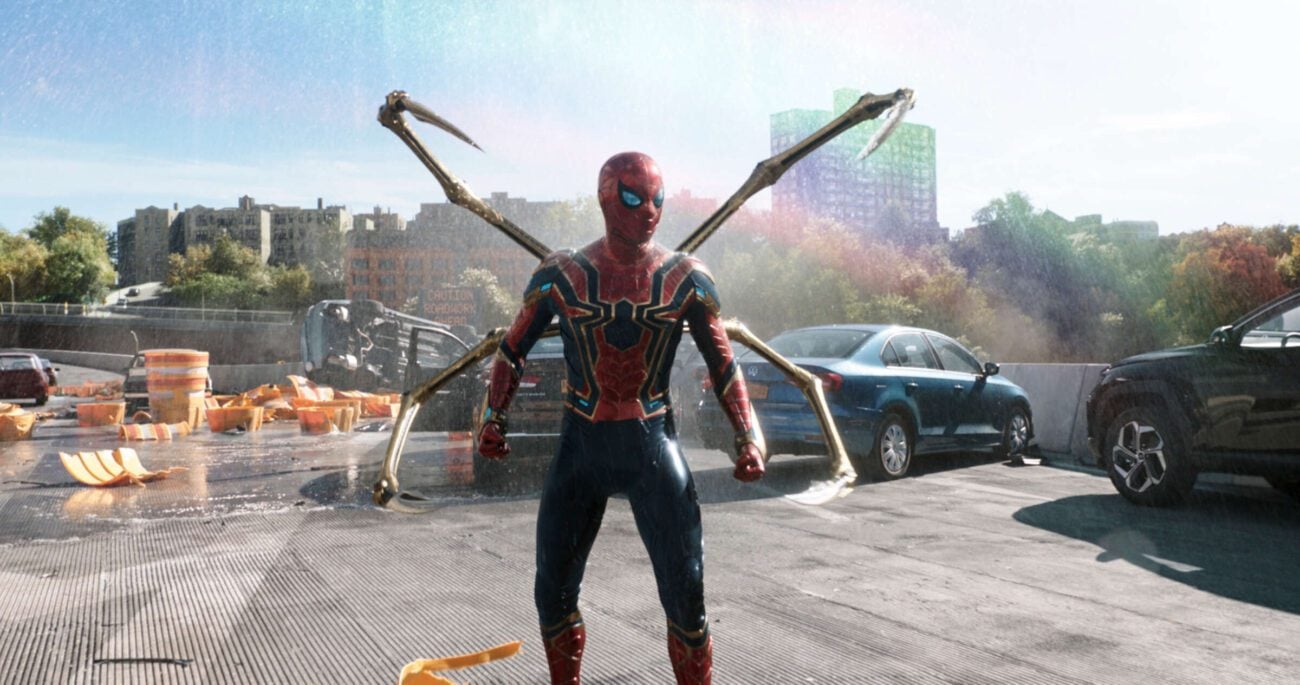 Will Tom Holland be fired as Spider-Man? Find out why he’s worried

Over the last couple of decades, Spider-Man has been on a wild ride. While the character didn’t swing from owner to owner between Sony’s first trilogy, starring Tobey Maguire – and their second with Andrew Garfield – the beloved Marvel character has appeared to be in the web of a custody battle between Sony, who owned the rights to make Spider-Man movies, and Disney, who bought Marvel in 2009.

Enter Tom Holland, who has been spinning webs on our screens as Spider-Man since his debut in Captain America: Civil War. Now, Holland is about to make his sixth appearance as the underdog from Queens, starring in his third MCU film, Spider-Man: No Way Home. That said, he dropped a bittersweet quote that could clue Marvel stans into some big rumblings happening in the MCU.

What exactly did Tom Holland say? Is this the last time he’ll don the blue & red spandex ever? Take a deeper dive and find out why our Spidey-senses are tingling! 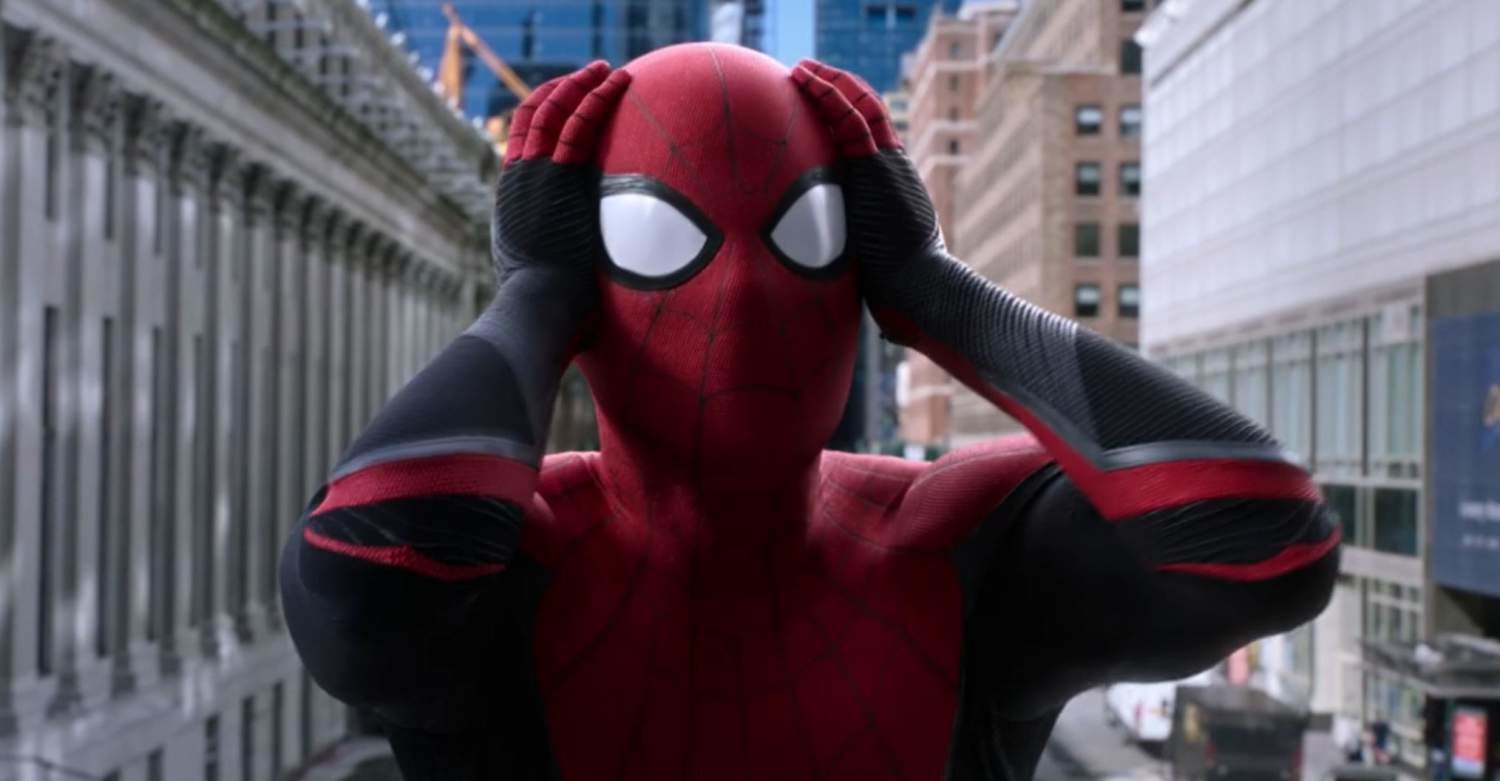 In a recent interview with Empire, Tom Holland called his final day filming Spider-Man: No Way Home “bittersweet” and elaborated: “It’s the first time since I got cast as Spider-Man that I don’t have a contract. And it’s . . . it’s just really difficult for me to talk about because there are so many things I’d love to talk about that would help me embellish what I’m trying to explain. But I can’t because it would just ruin the film.”

Say what about no contract? Without delving into too much of the legalese mire, that probably means there aren’t any Spider-Man movies, or MCU films featuring Spider-Man, lined up for Tom Holland to star in. But . . . does the lack of contract mean we’ll have to say goodbye to Holland as Peter Parker forever? 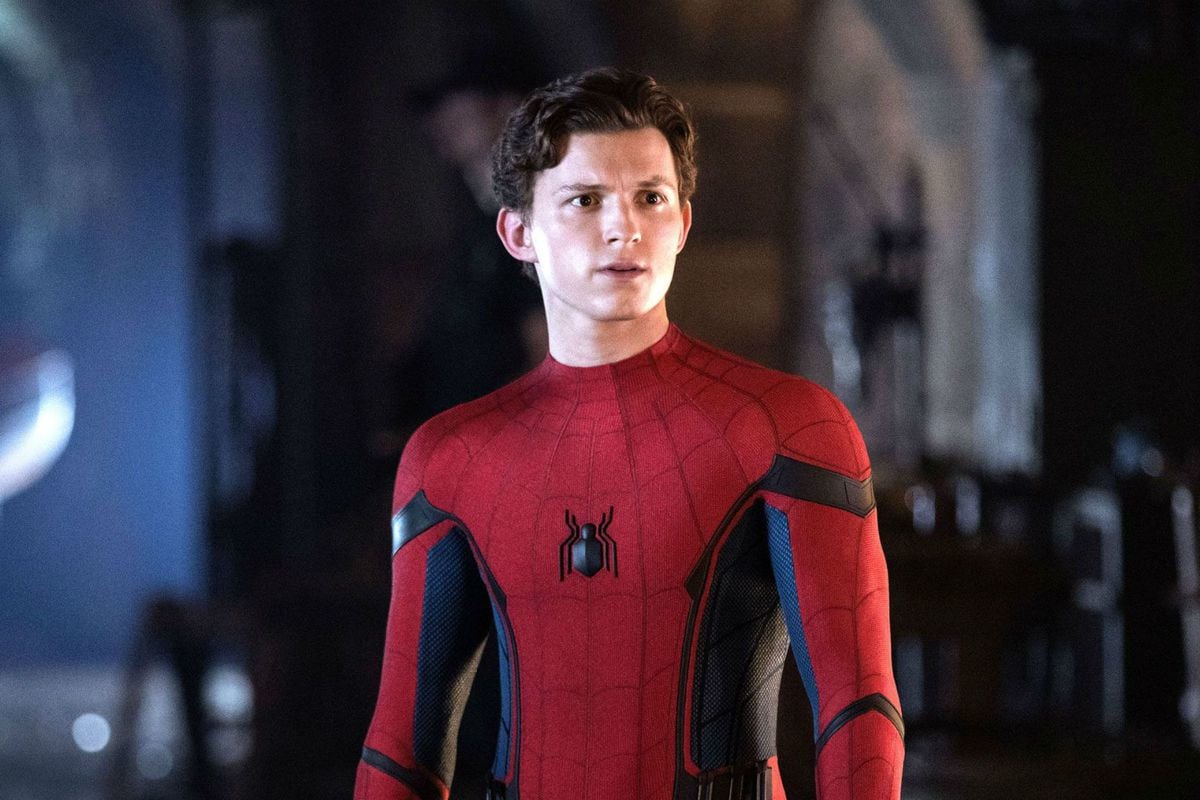 In 2009, Disney bought the rights to Marvel, meaning they were free to bring Marvel comic characters like Thor, Black Widow, and many, many more to life, spawning half the summer blockbusters you went to see in the 2010s. However, Sony, who owned the rights to Marvel’s character Spider-Man, still retained the movie rights.

A lot of history later, including the Andrew Garfield Spider-Man movies, Sony & Disney joined forces to bring your friendly, neighborhood Spider-Man into the MCU. He appears in the aforementioned Captain America threequel, and also gets a heart-wrenching death in Avengers: Infinity War. Plus, Spider-Man gets his own movies, including Spider-Man: Homecoming & Spider-Man: Far From Home.

In 2019 though, just before Avengers: Endgame & Spider-Man: Far From Home were due for release, Sony and the House of Mouse appeared on shaky ground. Disney & Sony failed to reach a deal for more Spidey films, so it appeared like Tom Holland could be done for good. However, in a statement from MCU head honcho Kevin Feige, he assured fans that all was well, and Holland would reprise the role. 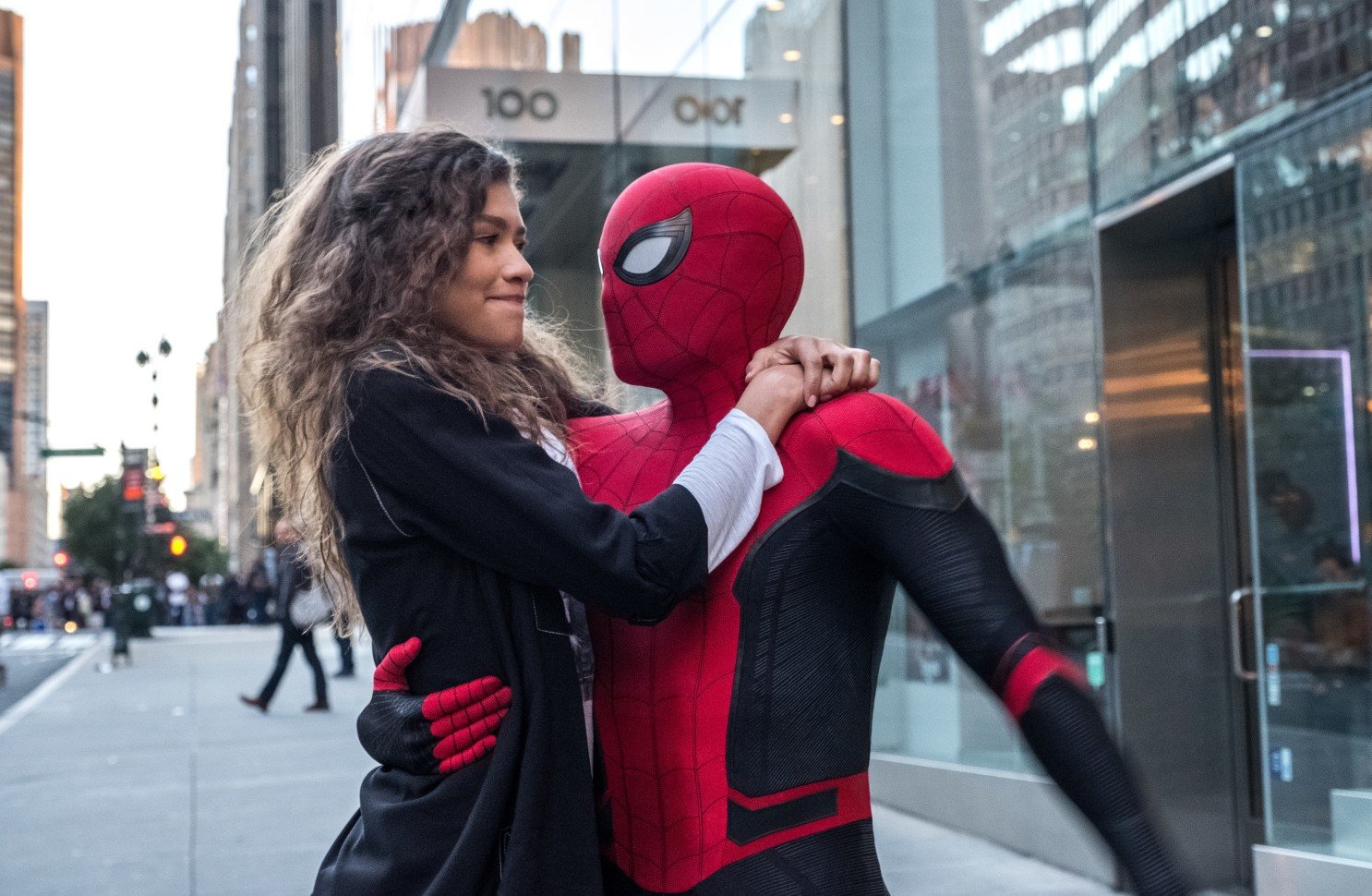 In fact, it was Holland’s love for the spandex-clad superhero that allegedly saved Spider-Man movies in the MCU. As far as Holland’s alleged role in persuading the studios to put aside their differences, Tom Holland reportedly explained:

“People seem to think I suddenly went to law school and single handedly struck up a deal between Sony and Disney. Essentially, all I did was show both parties how passionate I was about this character. I basically said, ‘Look, if there’s a world where you can fix this, it will be so much better for the character, and for me, and for the fans. So if you can fix it, fix it’.”

That was 2019 though. This is 2021 where Hollywood, like the rest of us, has been through a global pandemic that has shaken business up a bit. Can (or has) Tom Holland been able to save Spider-Man once again? We might have a clue. 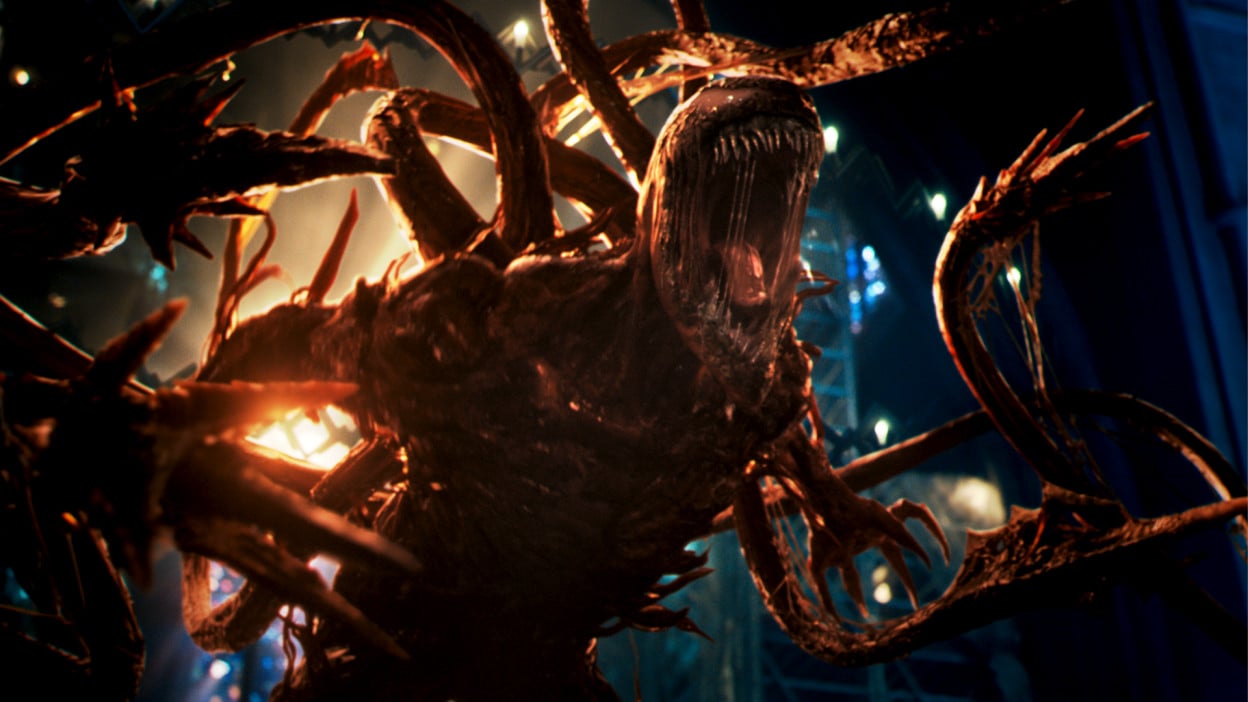 If you haven’t seen Venom: Let There Be Carnage yet, want to, and are willing to hold in your bladder through the end credits, you might want to skip this next part.

According to Forbes, the post-credits scene features Eddie Brock, aka Venom, in a dingy hotel room. Brock is, all of a sudden, “glitched” into a nicer hotel room where none other than J. Jonah Jameson is ranting about his nemesis, the “menace” Spider-Man, and featuring a maskless Tom Holland on screen – just like he did in the end-credits scene of Spider-Man: Far From Home.

But does that mean we’ll actually see Tom Holland reprise his role in a Spider-Man movie after No Way Home? Given that multiverses have been introduced in the MCU, it could mean anything. Sure, we could get a worthy showdown between Venom & Spidey (the less said about the last attempt – featuring emo Peter Parker – the better). It could also allow the Mouse an avenue to throw a replacement.

Do you think Spider-Man: No Way Home will be Tom Holland’s swan song as Peter Parker? Let us know your thoughts before the movie premieres in theaters on December 17th.