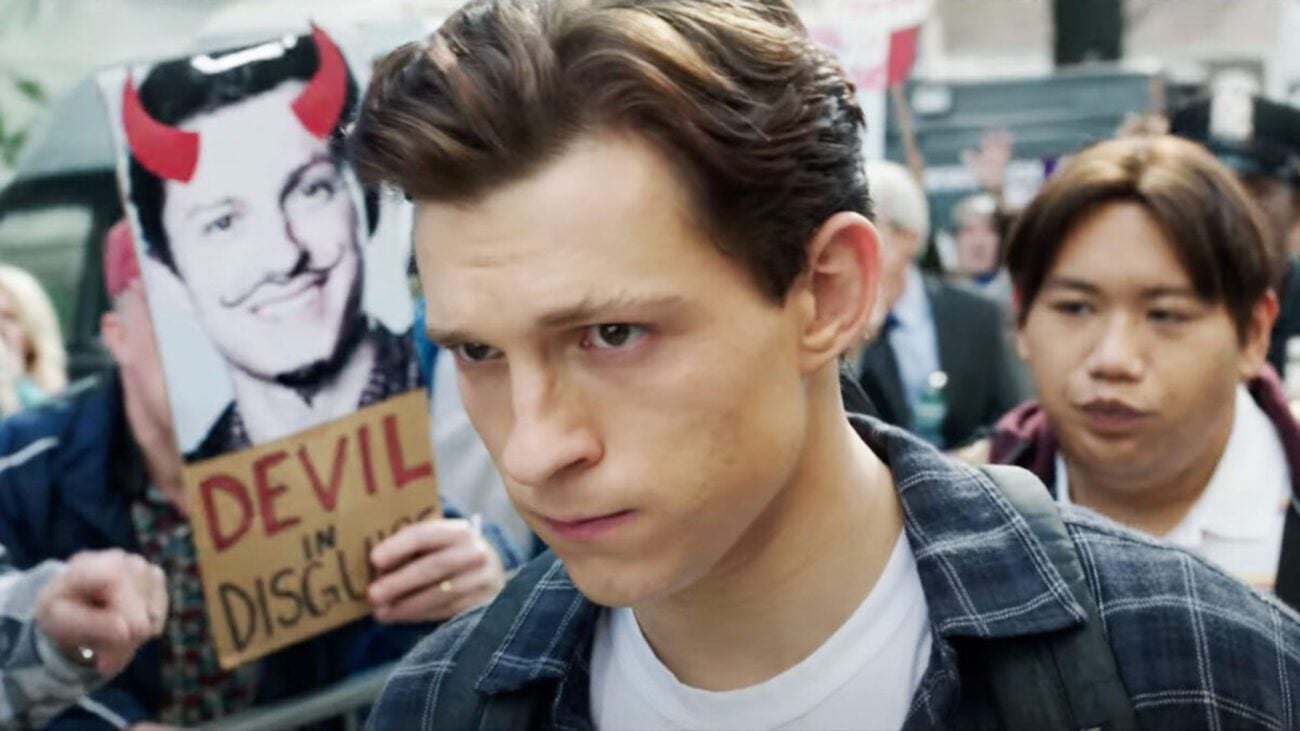 Tom Holland, for years, has been front & center as the MCU Spider-Man. With Spider-Man: No Way Home on the horizon for release, fans are wondering if the film will be the absolute final one in the franchise. Will we continue to see him play the role in future films in the MCU? Well, Tom Holland, in an interview, said that No Way Home is the conclusion to the “Homecoming” trilogy of Spider-Man films.

Which, well, is fine, right? It doesn’t mean that we won’t see Tom Holland suit up as Spidey again, but it could just be in team-up movies or whatever. But what do people online think about these comments? Do they think that this is Tom Holland saying that he’s leaving the role of Spider-Man? Let’s take a look.

The possibilities are endless

Fair. There could be other MCU movies or TV shows he could appear in. Holland could have another Spider-Man film series that doesn’t end in Home. Or, you know, Miles Morales will show up in live-action.

So I used FaceApp and I merged Tobey Maguire, Andrew Garfield, and Tom Holland into one Spider-Man. #SpiderMan pic.twitter.com/RvdC7bjQsi

But let’s be real, he may not want to deal with gatekeepers anymore.

Lmfao well it did a billion box office but a billion ppl didn’t see it. But it’s ridiculous to act like people don’t love Tom Holland and this Spider-Man or that the mcu is “for kids” … these are just talking points from toxic haters 🤷‍♂️

there are too many people who haven’t realized that the tom holland spoiling things saga is a joke. he might’ve accidentally spoiled stuff like once or twice at the beginning of his time in the mcu but marvel started going along with it and have now milked it dry pic.twitter.com/AKQvoM20PM

Is he spoiling things? The joke is dead, Daniel.

Meanwhile, Tom Hardy has us distracted from Tom Holland.

Honestly hope Tom Holland will continue to play Spiderman. Definitely my favorite out of all of them

Mostly, Holland has nailed the difficult balance of nerd Peter and wisecracking Spidey with some nice innocence & naivete thrown in.

Anyone surprised that this is the last Tom Holland Spider-Man movie doesn't understand the subtext of the title "No Way Home".

Is this going to end like Quantum Leap or something?

Tom Holland's Spider-Man and Venom fight for a little bit as they think they are both enemies, but they eventually find out that they both are in the same situation and don't understand what's going on so they help eachother and so on.

We’re willing to bet this is how it will go.

Tom Holland is great but Toby will always be my Spiderman

Pour one out for Andrew Garfield.

Talking about Marvel and Tom Holland to my parents at midnight is therapeutic.

My parents the whole time: pic.twitter.com/YEuHO5EnEc

Our friends & family want us to shut up already about Tom Holland as Spider-Man.