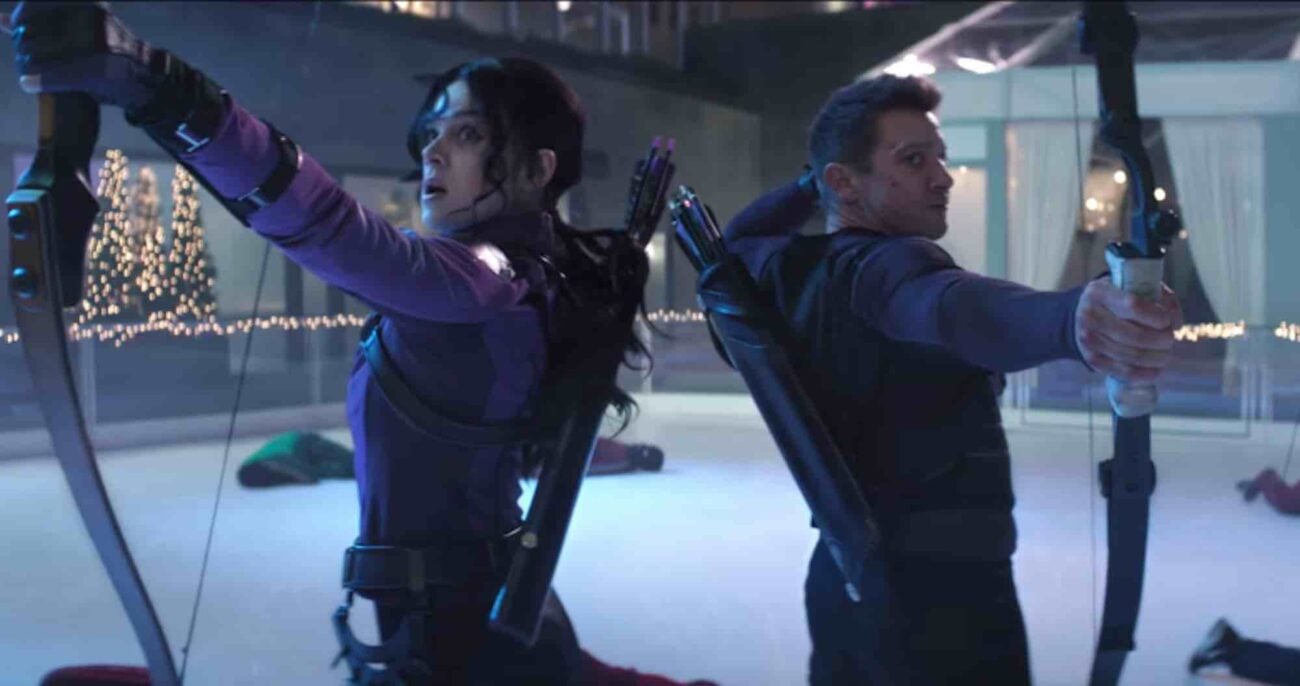 Hawkeye, the solo series starring Jeremy Renner as the titular archer hero, has just released its first trailer. With Christmas music jingling in our ears and a Steve Rogers musical actually existing in the MCU canonically, it promises to be a wild ride. Hey! We also get Kate Bishop (Hailee Steinfeld) and Lucky the Pizza Dog. So today is a good day, right?

Ummm . . . well this depends on how you feel about the MCU version of Clint Barton and Jeremy Renner, who has been dogged by a lot of scandals over the past couple of years. Like, whoa boy, things are not great about him. While Renner has kept his head down (easy enough due to COVID), fans were still side-eyeing the Hawkeye series a lot because, again, not great things have been said about the lead actor.

So, should Jeremy Renner stop playing Clint Barton? Is Hawkeye going to be a good series even with the scandals around him? What’s the issue with the MCU’s version of Hawkeye anyway? Well, here’s everything you need before Hawkeye comes to us this holiday season.

What’s the issue with the MCU’s Hawkeye?

Like many sins in the MCU, we can probably blame Joss Whedon for messing stuff up here. In Avengers: Age of Ultron, Whedon introduced us to Clint Barton’s (Jeremy Renner) family. This move proved to be pretty controversial to fans due to the fact that the canon comes from the whole Ultimates comic continuity, which isn’t as good as main Marvel continuity.

We can pretty much only thank Ultimates for Miles Morales and that is it. Fans were pretty sure that the family was brought in Age of Ultron so that Whedon could kill them and bring us white man pain. But, well, Marvel was pretty clear that the Barton family stays. Don’t get us wrong. It was sweet. It just went against better loved versions of the character going on at the time.

Fans wanted Clint Barton: Hot Mess Superhero. Largely due to insanely popular Hawkeye run by writer Matt Fraction and artist David Aja, which brought the character to new heights. In fact, people were hoping for a movie based off of these comics, but, uh, that couldn’t happen with Clint Barton: Family Man. Then he became an assassin during the Blip. Yikes. 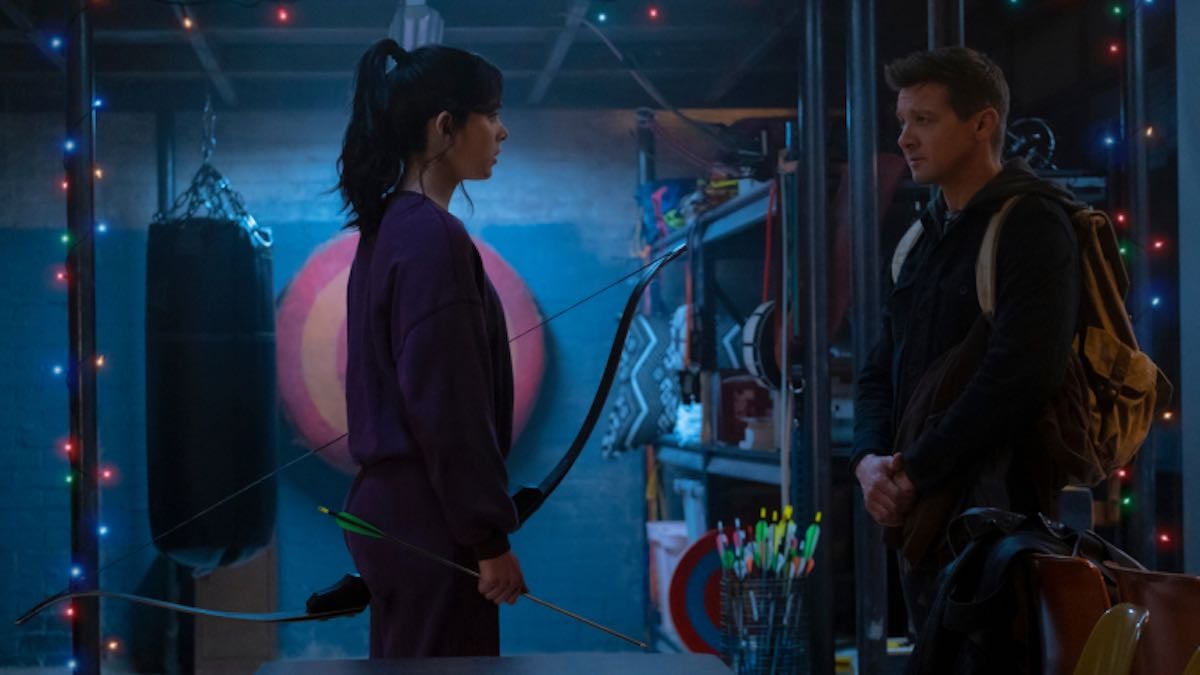 Like we said Jeremy Renner has been dogged by scandal in the past couple of years. There were claims made by his ex that he was abusive. Then there was the time that he and Chris Evans slut-shamed the character of Black Widow with a tasteless joke. (Evans issued a heartfelt apology. Renner did a non-apology that left a bad taste in everyone’s mouth.)

We’re thinking that the Marvel Hawkeye series is supposed to be an end to Barton’s character in the MCU. Clint goes home to have a happily ever after with his family. Kate, meanwhile, gets to take over the moniker of Hawkeye. Like Yelena (Florence Pugh) becomes the MCU’s “main” Black Widow following Natasha’s (Scarlett Johansson) death in Avengers: Endgame.

After all, Kate Bishop is also Hawkeye. Hailee Steinfeld, so far as we know, doesn’t have scandals around her like Renner does. She fits more in line with the more popular “hot mess but dang I am trying” interpretation of the character. Bless Kate, she’s barely got it together in the comics as well. Also she has Lucky the Pizza Dog, which makes her the One True Hawkeye.

Do you think Jeremy Renner should leave the role of Hawkeye in the MCU? Do you think Hailee Steinfeld will become the main Hawkeye after the TV series? Sound off in the comments down below.