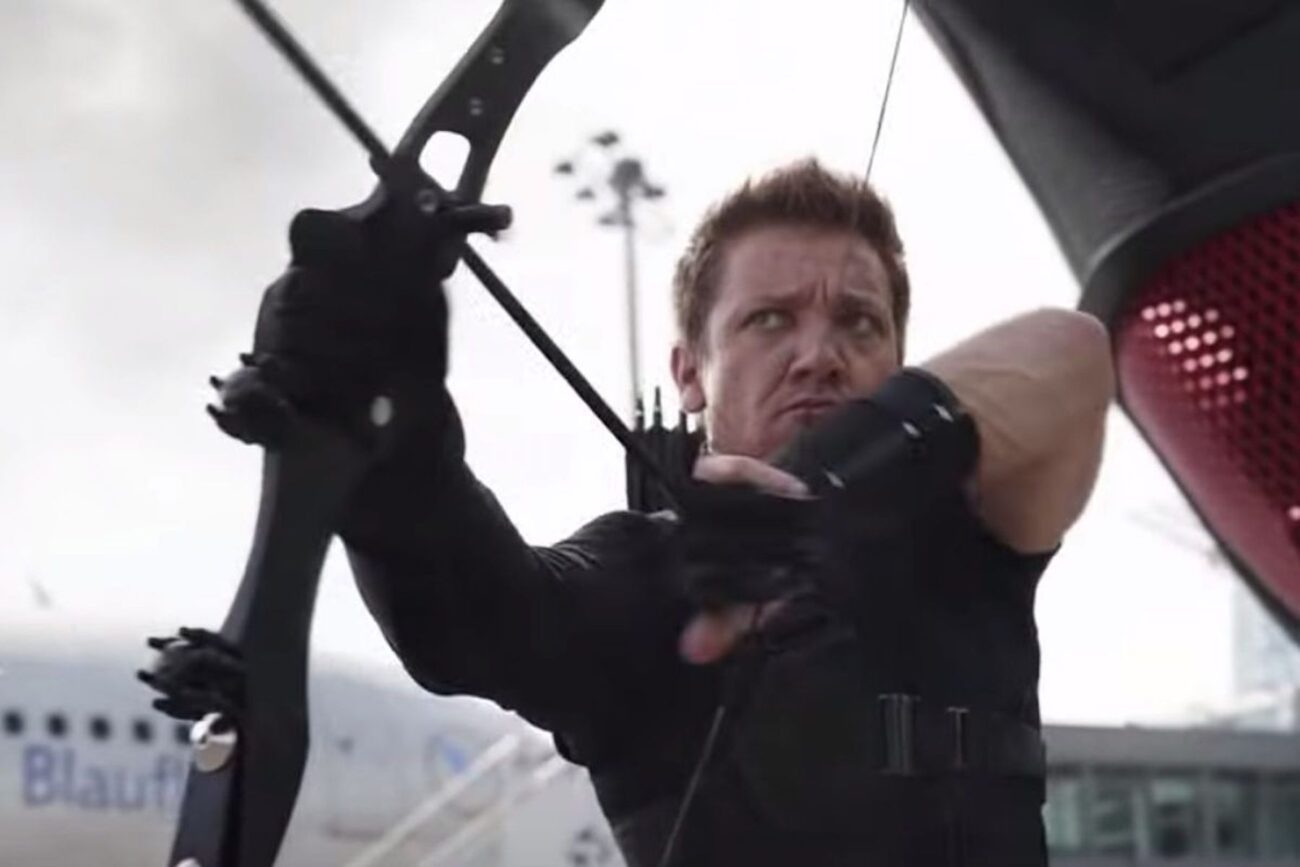 Alright, people! We’re on the endless ride of Phase 4 Marvel television shows, and life is good. So far, we have seen the glory of WandaVision, The Falcon and the Winter Soldier, and Loki. Next up is the first animated series from the Marvel Cinematic Universe: What If…? But, 2021 is not done yet! We have the upcoming Hawkeye series as well as Ms. Marvel.

Both shows are set for release in 2021. But when are we going to see The Avengers archer head into action? When will we get the chance to “embiggen” with Kamala Khan? Well, we can’t answer the latter question. What we can do, however, is answer the former. We have some new news about the upcoming Hawkeye series! Along with some images that fans have definitely been waiting for.

With that in mind, it’s time to do a basic brush up on Hawkeye from The Avengers. Along with the new Hawkeye appearing in the upcoming TV series on Disney+. Maybe, we can also learn what day to mark on your calendars for when Hawkeye will premiere over on Disney+. 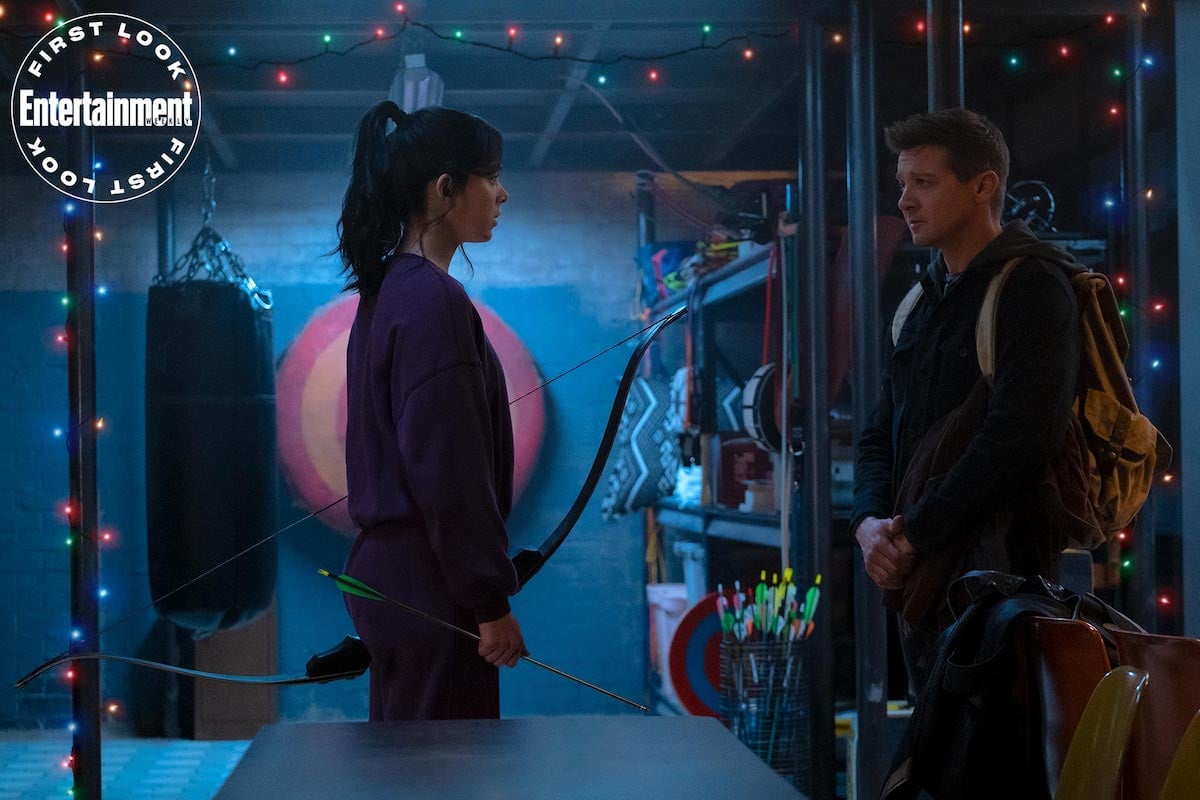 Let’s dive into the exciting news first. Hawkeye has an official release date on Disney+. After the success of Loki’s Wednesday premiere, Disney+ is releasing all new episodes for all its series on Wednesdays. So Hawkeye will premiere on Disney+ on Wednesday, Nov. 24 with new episodes dropping every week. Yes, that is the day before Thanksgiving if you live in the States.

In addition, Entertainment Weekly released a first look image from the upcoming series. In it, we see Clint Barton (Jeremy Renner) with new Hawkeye Kate Bishop (Hailee Steinfeld). Kate’s an addition that fans have been begging the MCU to make for actual years. So it’s great to see her all purple sweaters and all! Huzzah! We love her so much.

Renner also spoke with EW about Kate’s character: “[Kate is] a 22-year-old kid and she’s a big Hawkeye fan. She has a wonderfully annoying and equally charming manner about her, because she’s such a fangirl of Hawkeye. The relationship grows from that, but the biggest problem for Clint is Kate Bishop and the onslaught of problems that she brings into his life.” Ah Katie-Kate, we love you so much. 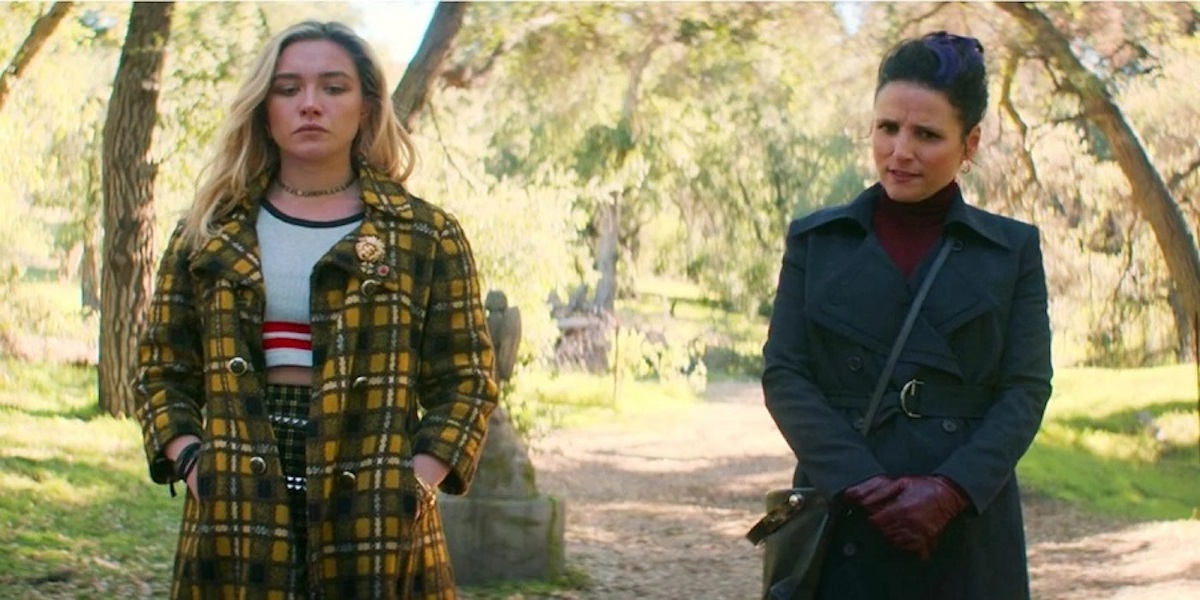 What we know about the Hawkeye series so far

Like most Marvel projects, details about Hawkeye have been kept underwraps. We do know that the post-credit scene from Black Widow will tie into the series. Val (Julia Louis-Dreyfus) told Yelena (Florence Pugh) that Clint Barton was the one who was responsible for her sister, Natasha’s (Scarlett Johansson) death. Clint was originally going to sacrifice himself in Avengers: Endgame for the Soul Stone.

Natasha, obviously, beat him to it. So we’ll definitely be seeing Yelena there. From set photos, we also know that Lucky the Pizza Dog will be joining the MCU as well. Bless his fluffy little head. Also in the cast are Vera Farmiga (The Conjuring), Fra Fee (Les Miserables), Tony Dalton (Better Call Saul), Zahn McClarnon (Longmire), and newcomer Alaqua Cox.

As for fans of The Avengers always hoping for a cameo from someone? It doesn’t look like we’ll be seeing anyone. Though we weren’t expecting for Don Cheadle to pop up for 90-seconds in The Falcon and the Winter Soldier, but that was so good he got an Emmy nomination. So, who knows? Maybe we’ll see Sebastian Stan do a driveby cameo as Bucky or something. Stranger things have happened in this world.

Are you excited for the upcoming Hawkeye series? Is releasing the first episode a day before Thanksgiving a good idea? Share your thoughts in the comments down below! 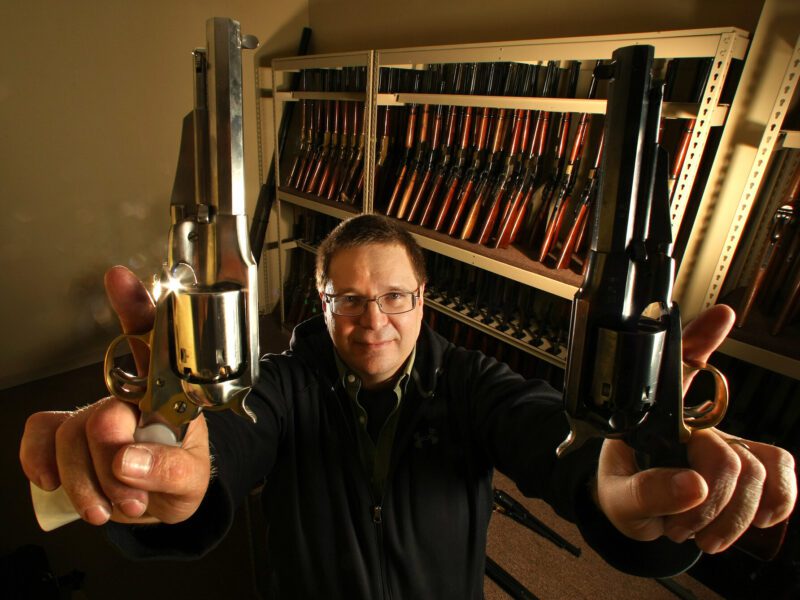 The reality of weaponry in Hollywood movies