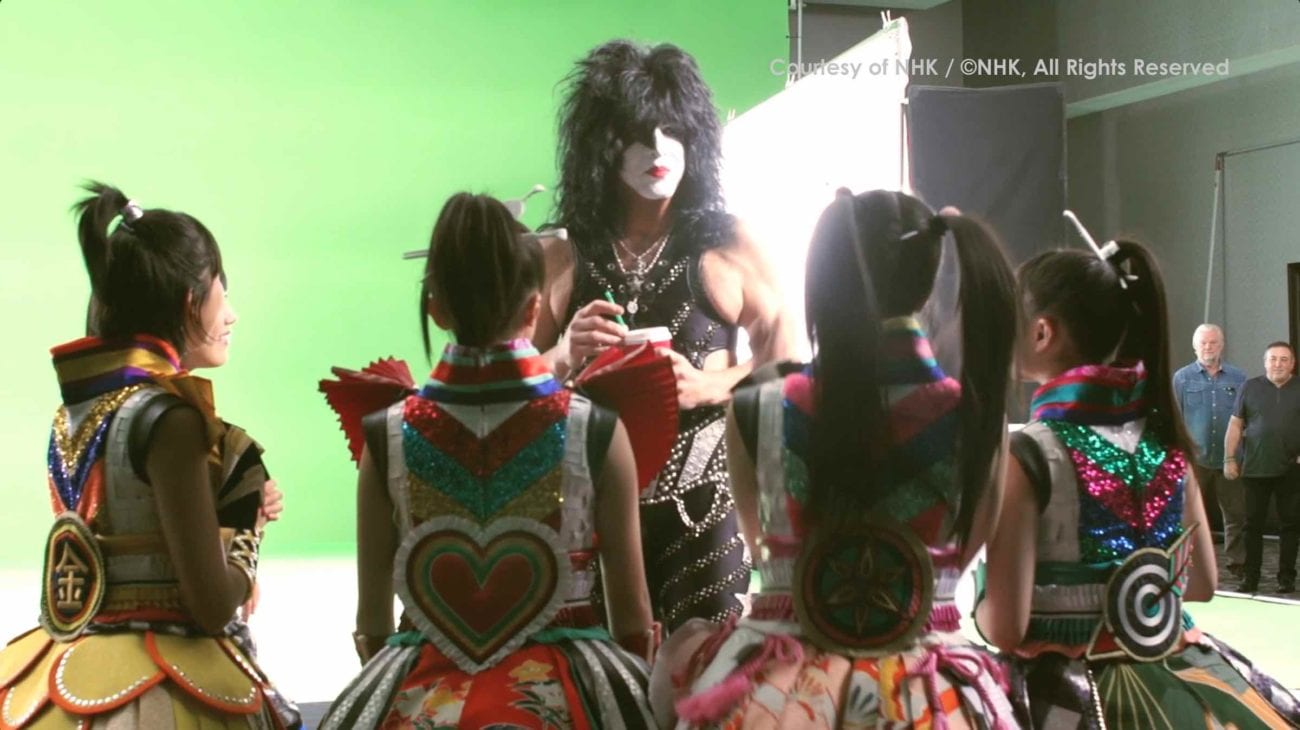 Music and movies have often been intertwined. Today we’re profiling the exceptional music documentary KISS vs. MCZ in advance of their screening at Melbourne Documentary Film Festival.

In their over 40-year history, rock band KISS has only collaborated with one other group: Japanese pop group MCZ in 2015. The moment director Toru Tokikawa heard the news from a KISS insider, he knew this was something that had to be captured on film. The story of KISS vs. MCZ is the story of how East meets West.

This also marks the first time that KISS allowed cameras behind the scenes to let people film the recording process (and the stars without makeup). By going behind the scenes, the crew got to witness the raw action of songwriting and watch the song “Yume no Ukiyo ni Saitemina” come to life in front of their eyes. KISS vs. MCZ also gives the audience a chance to witness the mutual respect both groups have of each other and their cultures. 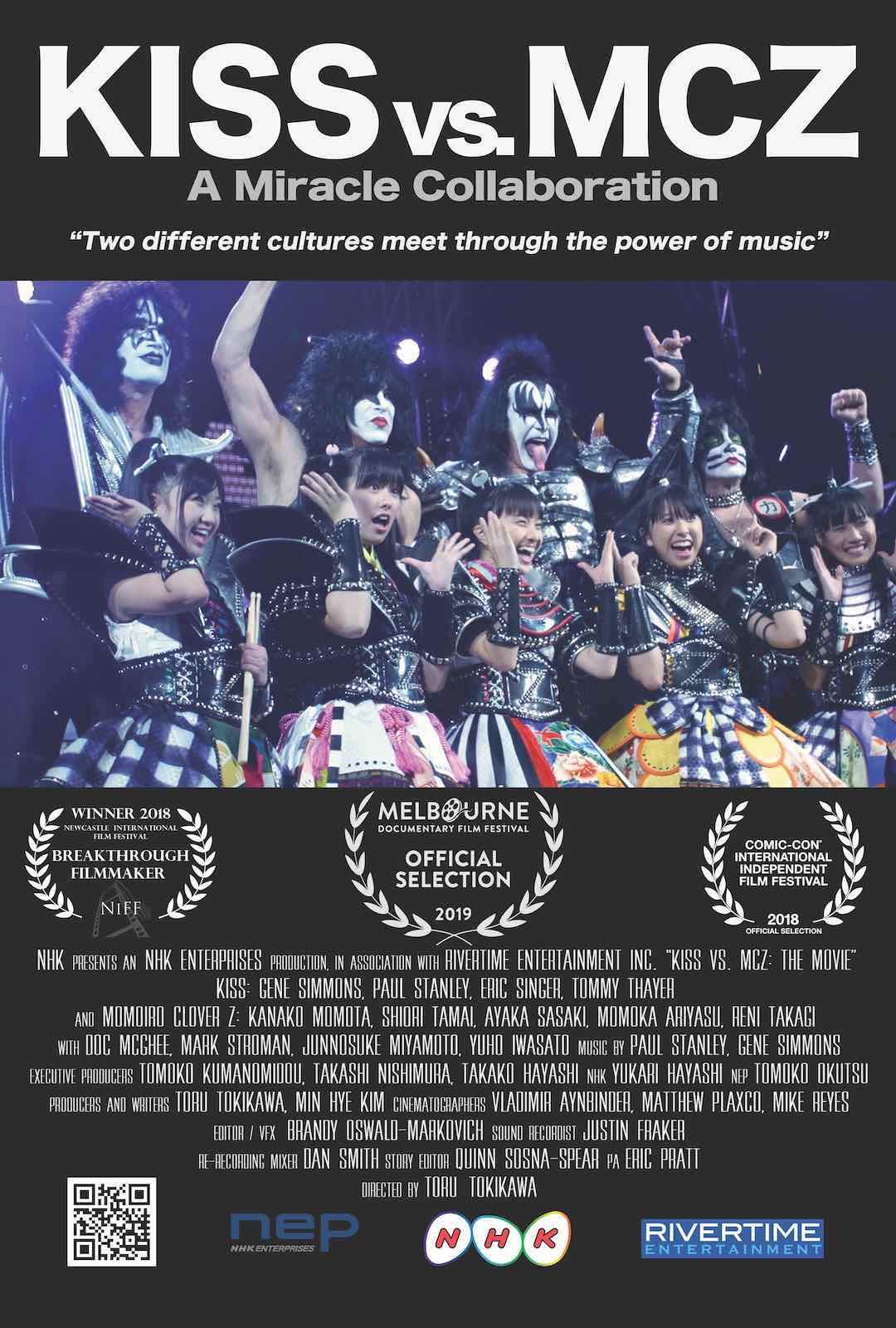 MCZ is one of the biggest names in J-pop, so by collaborating with KISS the film is also an insight into Eastern music meeting Western. The two groups are different in more ways than one, so this is a merger of not just cultures but genders, generations, and legacies. The groups are legends in their own right; KISS vs. MCZ gives the world a chance to see how legends working with legends looks.

By watching KISS vs. MCZ, you get to witness from start to finish the creation of one of the most interesting collaborations in music history. From the inception of the idea of the two bands collaborating, to the songwriting, to the recording and mixing, the audience will be on the sidelines of it all.

We were privileged to interview writer, director, and producer Toru Tokikawa to discuss KISS vs. MCZ and its premiere at Melbourne International Documentary Film Festival. 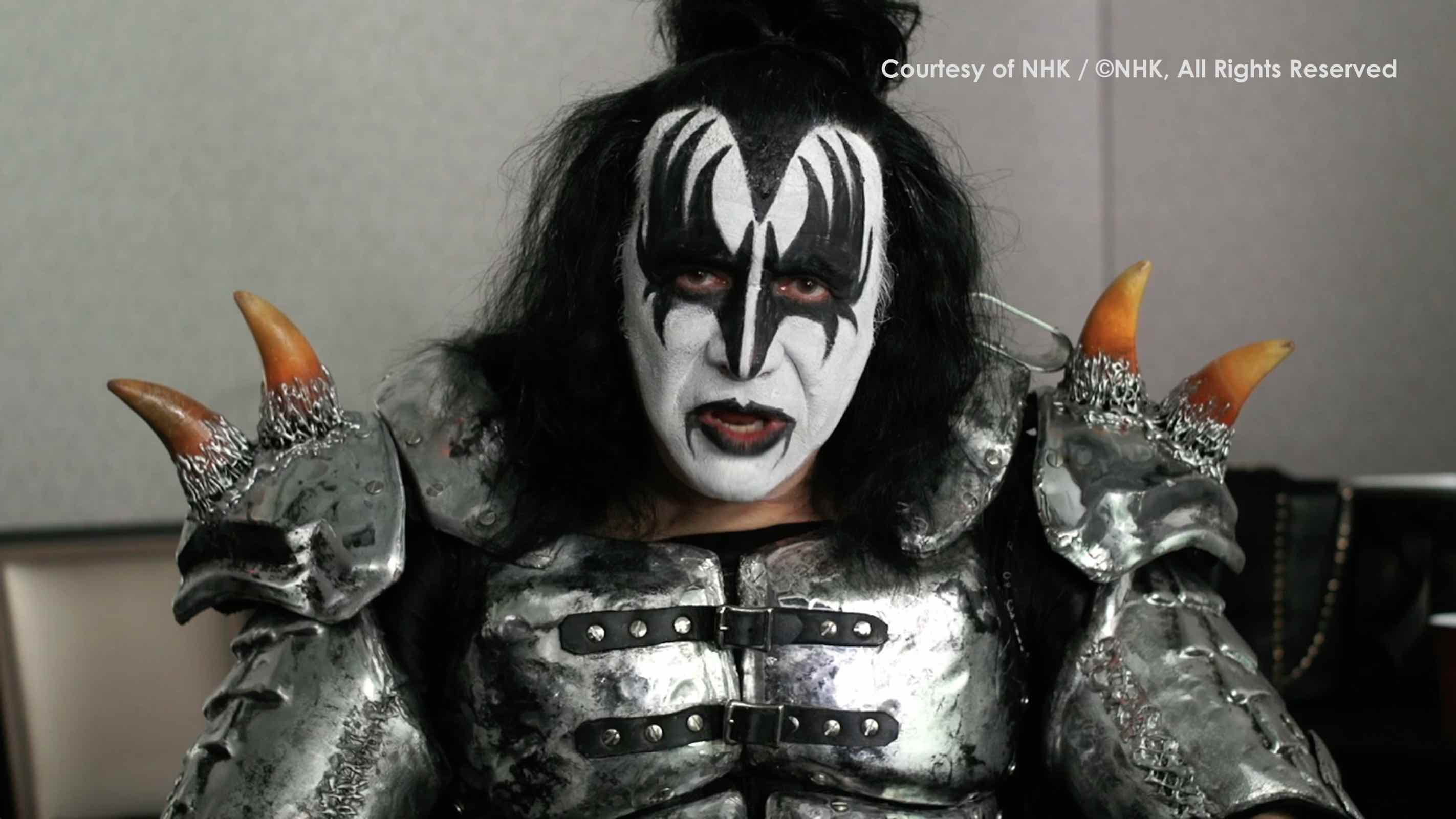 Where did you get the idea for KISS vs. MCZ?

I have spent most of my life as an expat and I’ve always been looking for stories that break boundaries or overcome differences despite language barriers. I was a DJ and a music lover and I know the power of music. I knew someone who works with the KISS team and he asked me my opinion on the collaboration with Momoiro Clover Z.

I thought it would be a historic event and pitched the documentary to the band right away. KISS vs. MCZ is about two very different cultures collaborating regardless of all the differences – not only languages but genders, countries, generations, and backgrounds. They communicate somehow primitively through music to create something together, and it becomes phenomenal collaboration. That’s exactly what I love. 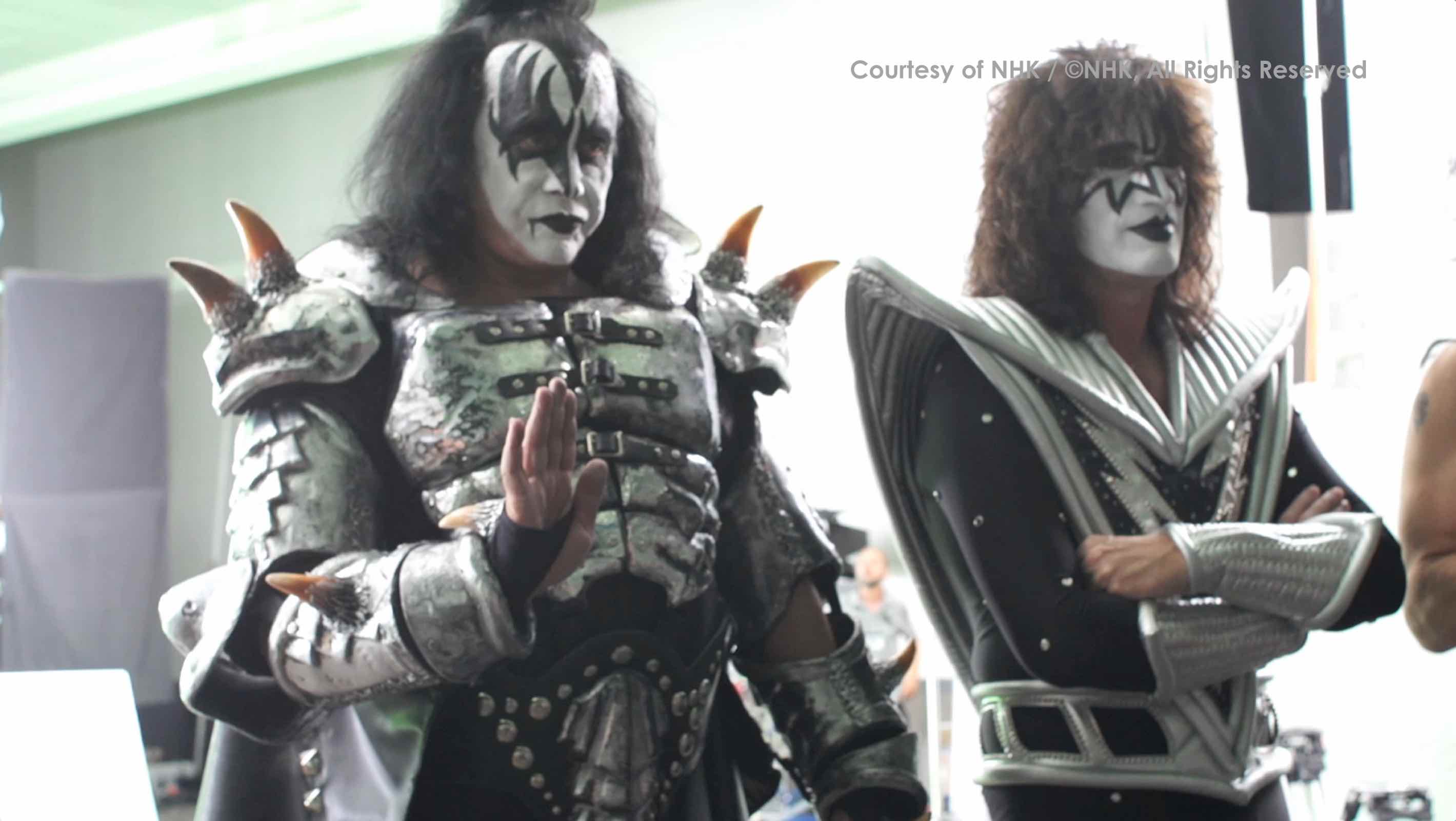 When did you begin production on KISS vs. MCZ?

We began filming in spring 2014, months before the collaboration project got an official go-ahead. I was grateful for the trust KISS granted my team to film behind the scenes of their songwriting for the first time in the band’s 50 years of history. We were honored to witness all the raw and rare moments.

I also truly appreciated the band Momoiro Clover Z, their producers, and their management for giving us total freedom to edit the film. NHK and their executive producers were amazingly patient and supportive of the production of this documentary.

Kazutaka Hori and Nobuyuki Yamamoto at Hori Pro Music Entertainment and the music publisher of KISS played pivotal roles on this project – I sincerely appreciated their support. 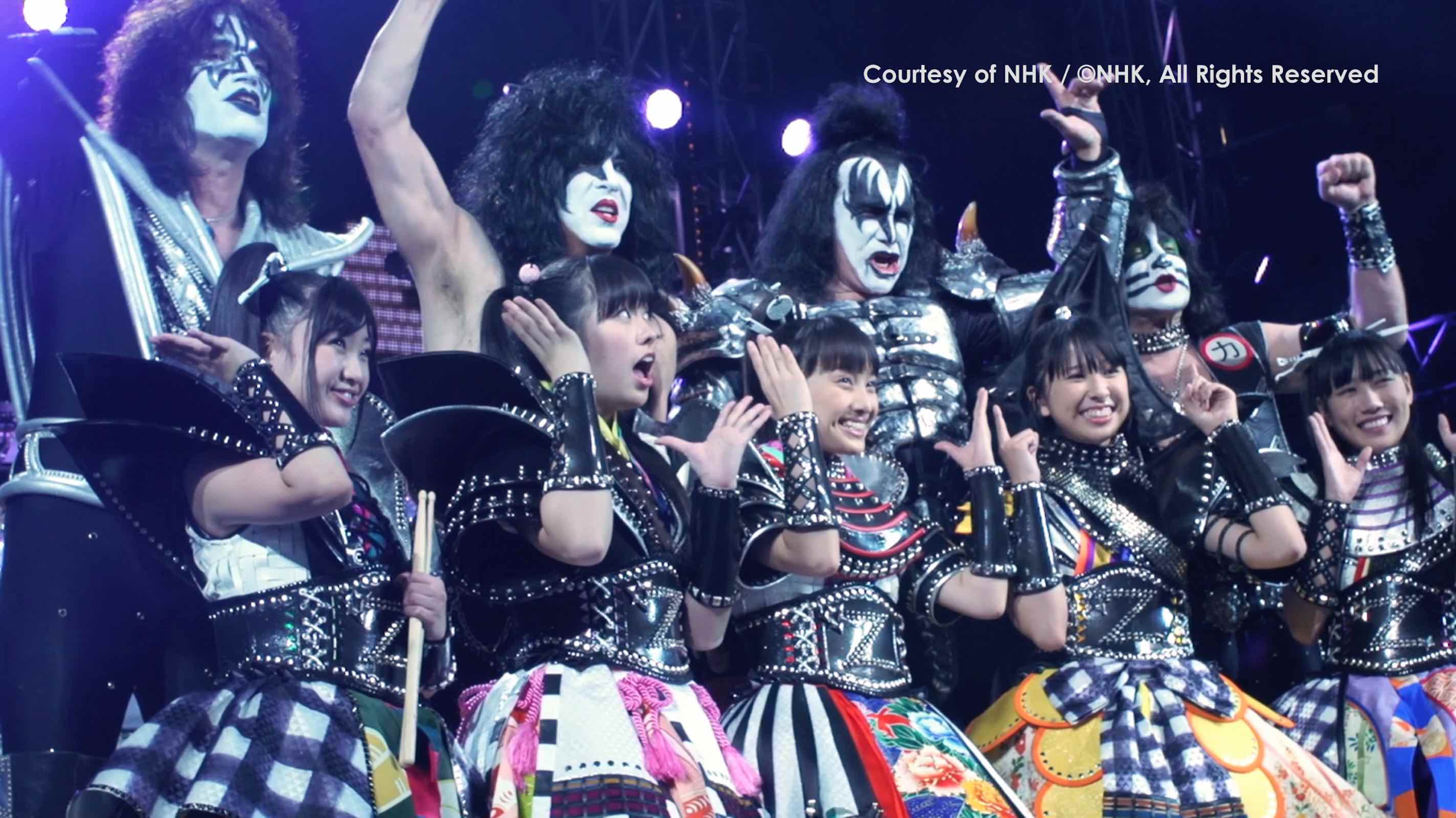 Why is it important that you tell the story of KISS vs. MCZ now?

I think the film is very relevant to the world today. You can witness each band’s openness to treat others with respect and enjoy the collaboration with no prejudice. They are fearless in doing anything they believe in. The bands are confident in what they do and who they are as musicians, and above all, as human beings.

That’s why they treat others with compassion and have fun together. MCZ is a Rock & Roll Hall of Fame legendary rock band and one of the biggest girl bands of all time, but the way they communicate is very simple: human to human. I hope we can get inspired by them in navigating our everyday lives and ultimately contributing to make this world a better place. 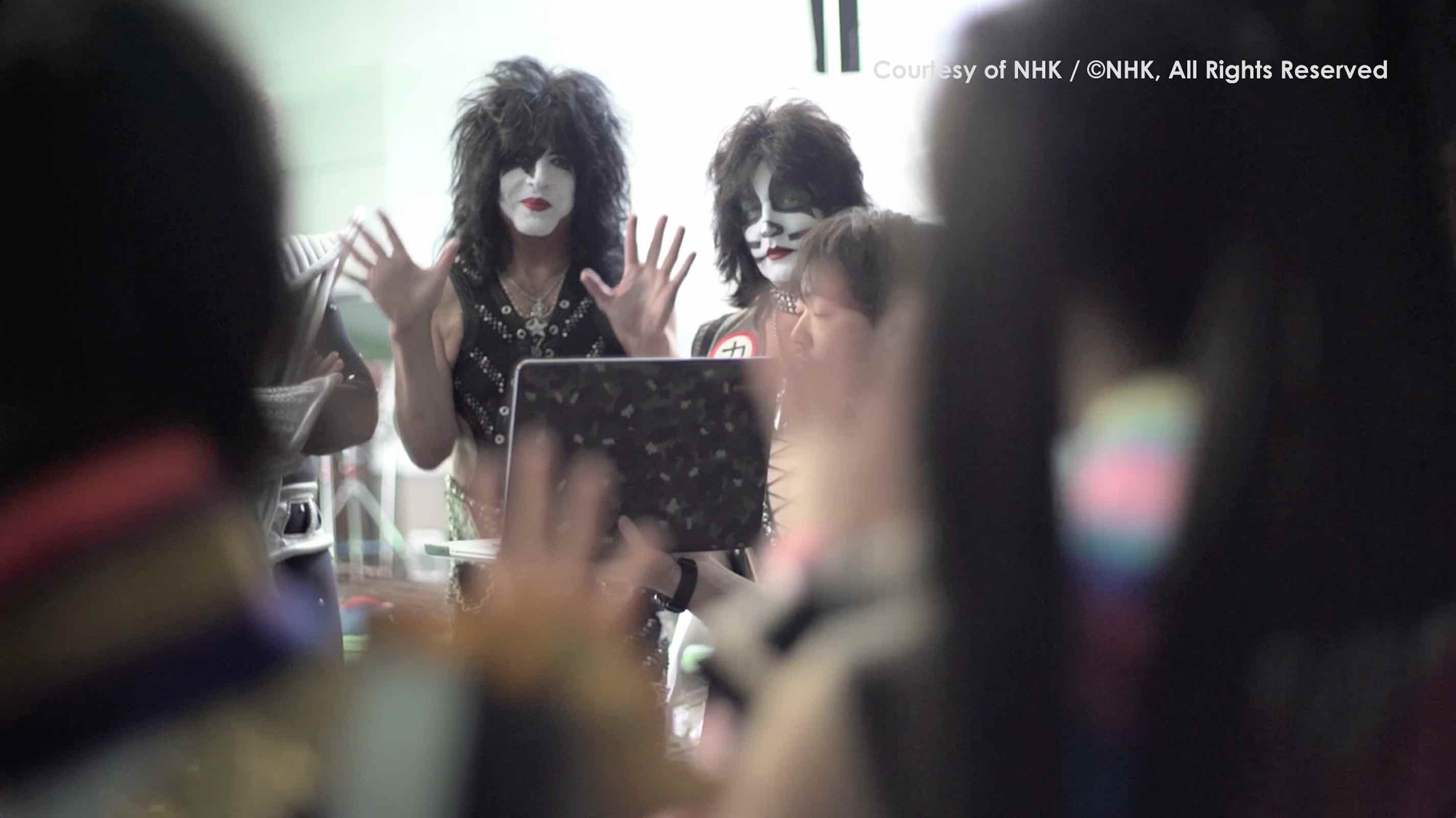 KISS vs. MCZ will be screened in competition at Backlot Cinemas on July 29th at 6:15 pm. Thank you for your support!

I haven’t yet, but would love to film something in Australia. My other documentary, Art of the Game: Ukiyo-e Heroes, is out now on iTunes and Amazon.

I am filming a new documentary feature, Sparks and Speed. It follows the story of Shinya Kimura, the legendary custom motorcycle builder. I am also in pre-production on my sci-fi anime feature film to be released in 2021.

Where can our readers see KISS vs. MCZ?

Where do you want to watch the film? Tweet your comment with #KISSvsMCZ and let us know @RivertimeTweet. Thanks!

See the movie at the Melbourne Documentary Film Festival on July 29th, 6:15 pm, at Backlot Cinemas.