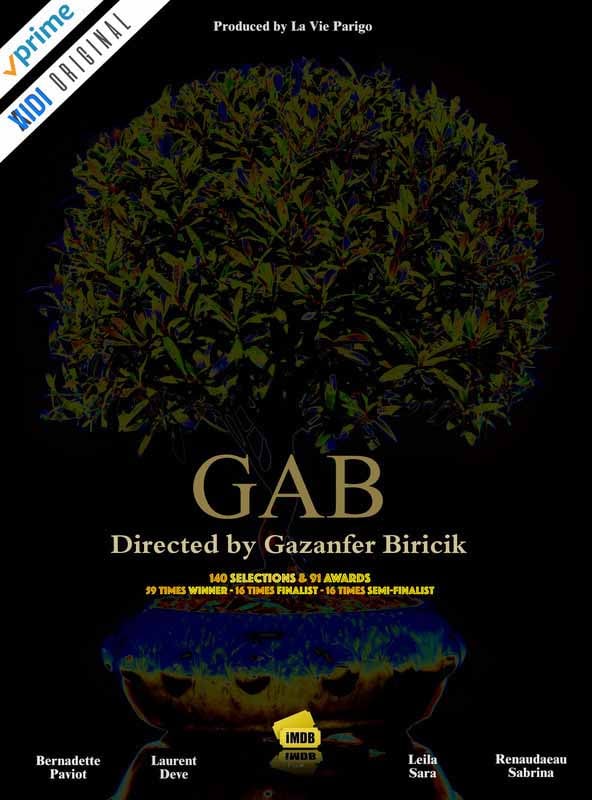 Why you need to watch the award-winning film ‘Gab’

50+ wins, 138 selections, and one astonishing director. Gab is making huge waves at every festival it screens at, and it’s thanks to the talented team behind the short, especially director Gazanfer Biricik.

Far from a first time director, Biricik has been blowing up in the indie film scene for years. Learning from Luc Besson’s masterclass, Biricik’s first film Et maintenant on va où landed him his first official selection, and his career only grew from there. Gab is just the latest success for the director. 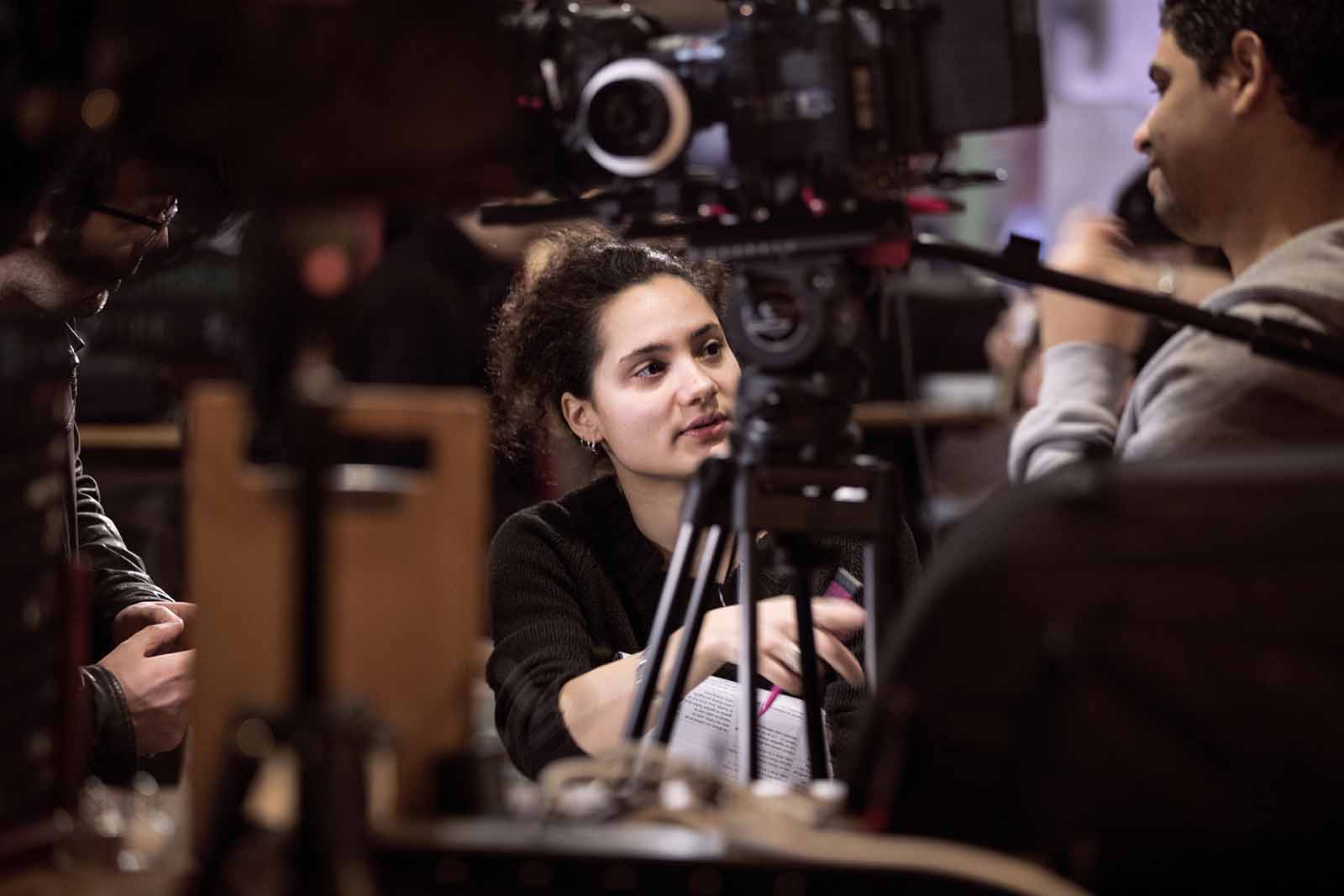 Taking on a tough topic

Gab focuses on journalist Ani, who is assigned an article about Ezra, one of the victims in a terrorist attack. Naturally, Ani tries to meet with Ezra’s sister Lily, but while waiting for her meeting, she has a meeting that will change her life without her even knowing it.

Talking about the subject matter, director Gazanfer Biricik made it clear that he’s trying to make a point about how we view society. In a statement of intent, Biricik explains his views that inspired the film.

“’Around me we reproved (blamed) the lie, but we fled carefully to the truth.’ Simone de Beauvoir, a French novelist & philosopher. Even if this beautiful quote by Simone de Beauvoir could perfectly sum up the theme addressed in Gab, we must admit that the film goes much further. 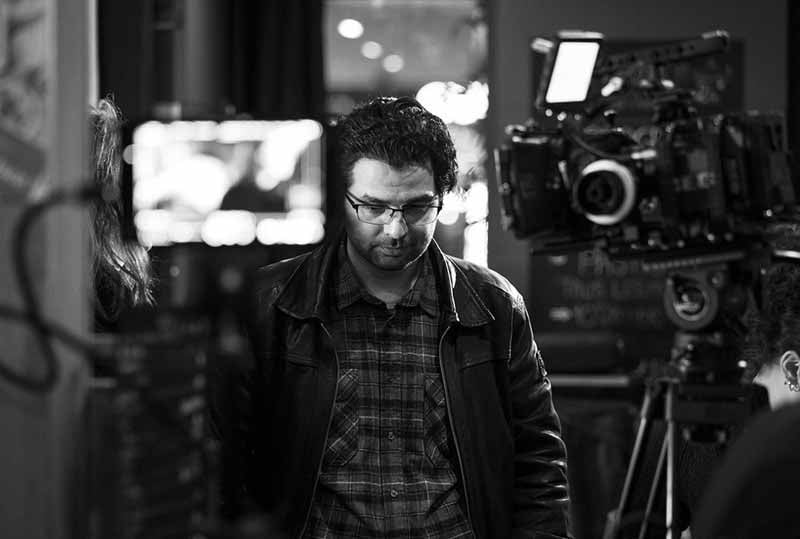 Nowadays, society, consciously or otherwise, is accustomed, chained up with denial. The reason is perhaps that it is more pleasant to evade one’s responsibilities by ignoring the sources of a problem than to assume its consequences.Being aware of a discomfort may not help to avoid the consequences but can avoid the worst.

Gab exposes a problem in those days, terrorism, try to treat it philosophically while taking into account the different points of view that result. On the one hand, there is the vision of a society out of the problem, on the other the cry of the broken, and at the center the victim, society as a whole.When dealing with this kind of theme, you have to know how to jostle, apologize and reconcile. 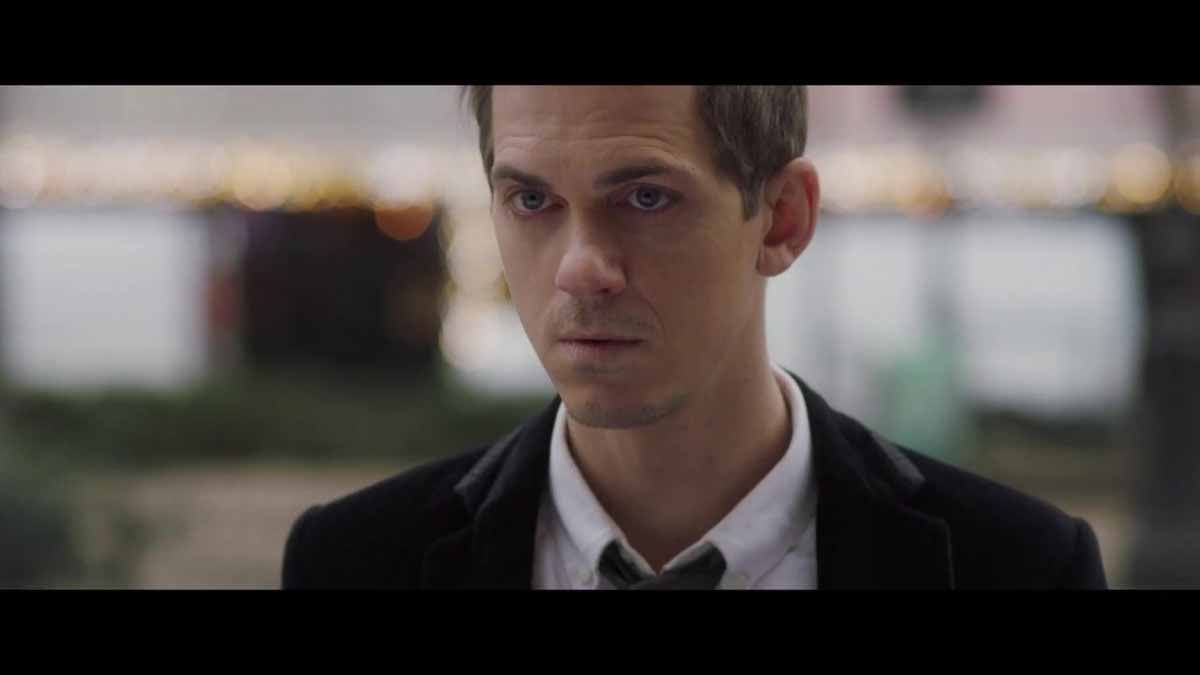 By providing eloquent examples, whatever his point of view, we push the public to think, and in fact we must provide some elements of response. Our proposals must be based on universal values such as the tree of life. The peculiarity of this symbol is that it is common to all convictions.

In the end this mixture of values and reflections must lead to a balance, a conclusion that should make everyone agree. Gab is a colorful film and to appreciate it must put aside all the preconceived ideas that everyone, whatever his point of view, could have. The challenge was great, hoping that the result would be the same.” 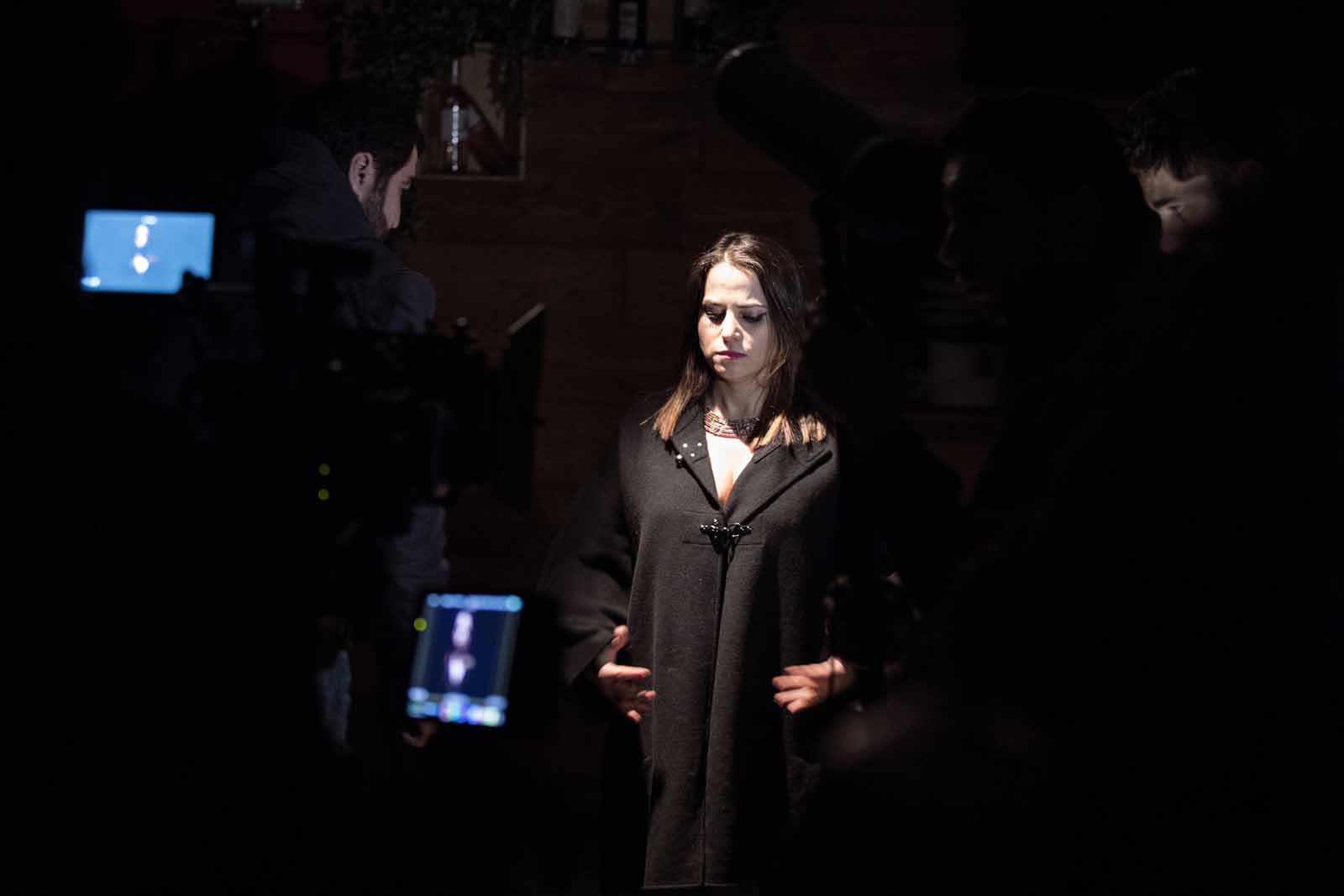 With the amount of emotion that went into Gab, it’s no surprise people are finding the film important to them. Gab has been selected for over 130 festivals, and has scored over 90 awards among those festivals, including 59 wins in a variety of categories.

Gazanfer Biricik’s success was so big, he ended up submitting his film from 2015 The Heartthrob to the festival circuit, which helped him bring his total award count to 112. On top of award success, Biricik has plenty of new projects lined up for the future. 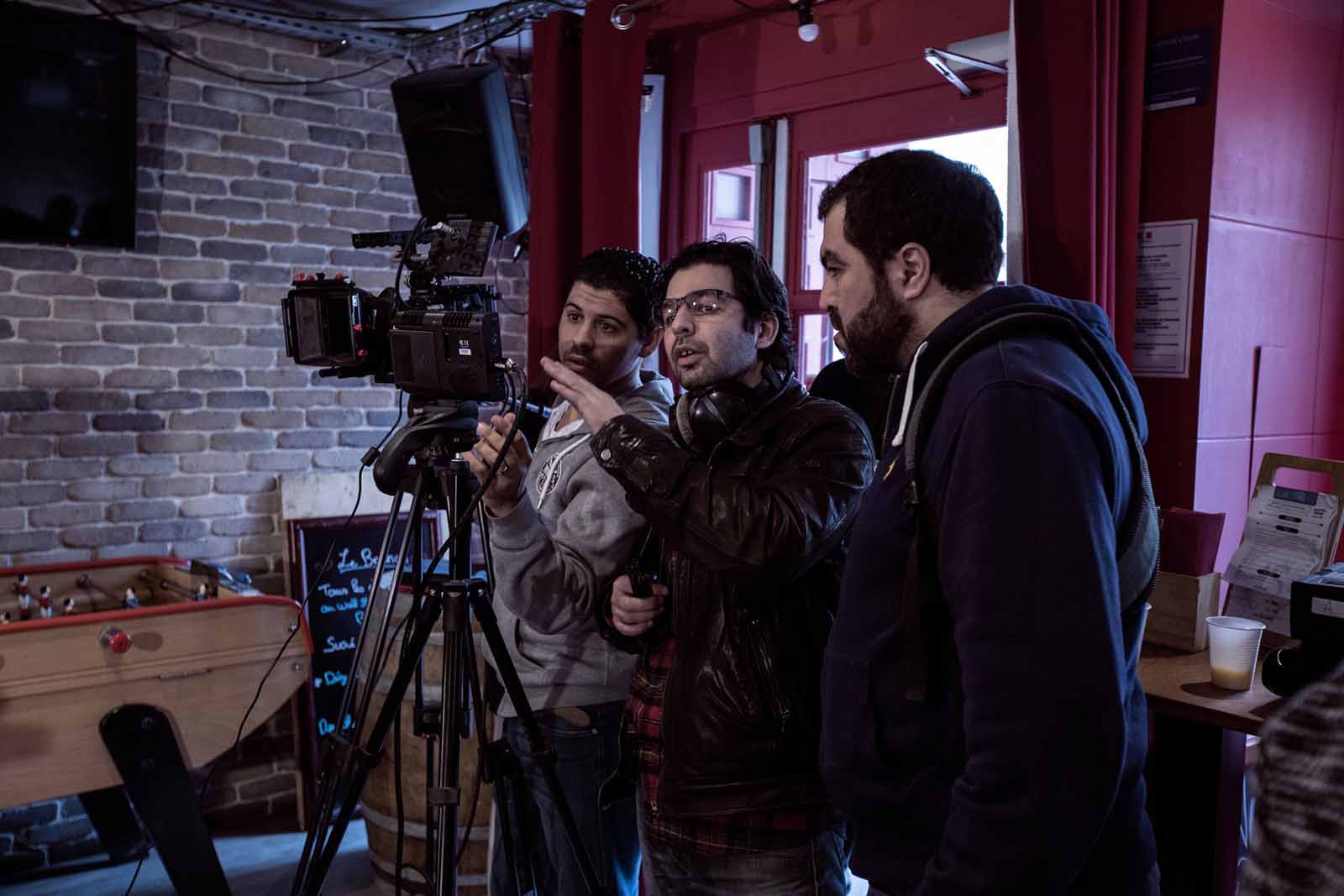 Working to the top

Everything Biricik has gotten so far is well deserved, as he’s spent his whole career waiting for this moment. Starting out as an actor, Biricik attended the Actors’ Studio at the Acting International School in Paris, and worked in various theater productions for two years. In 2012, he realized acting wasn’t his true calling, directing was.

From there, he worked to develop his camera skills, even attending a masterclass by director Luc Besson. While he was directing before the masterclass, it was after that Biricik really came into his own artistically. He hit a streak of films with several official selections into various festivals, but it wasn’t until Gab that Biricik went for international acclaim.

Thankfully, his decision to submit into international festivals paid off, as Biricik has received nothing but praise for Gab so far. With many projects in the future for Biricik thanks to his success, we know he’s far from the end of his career.