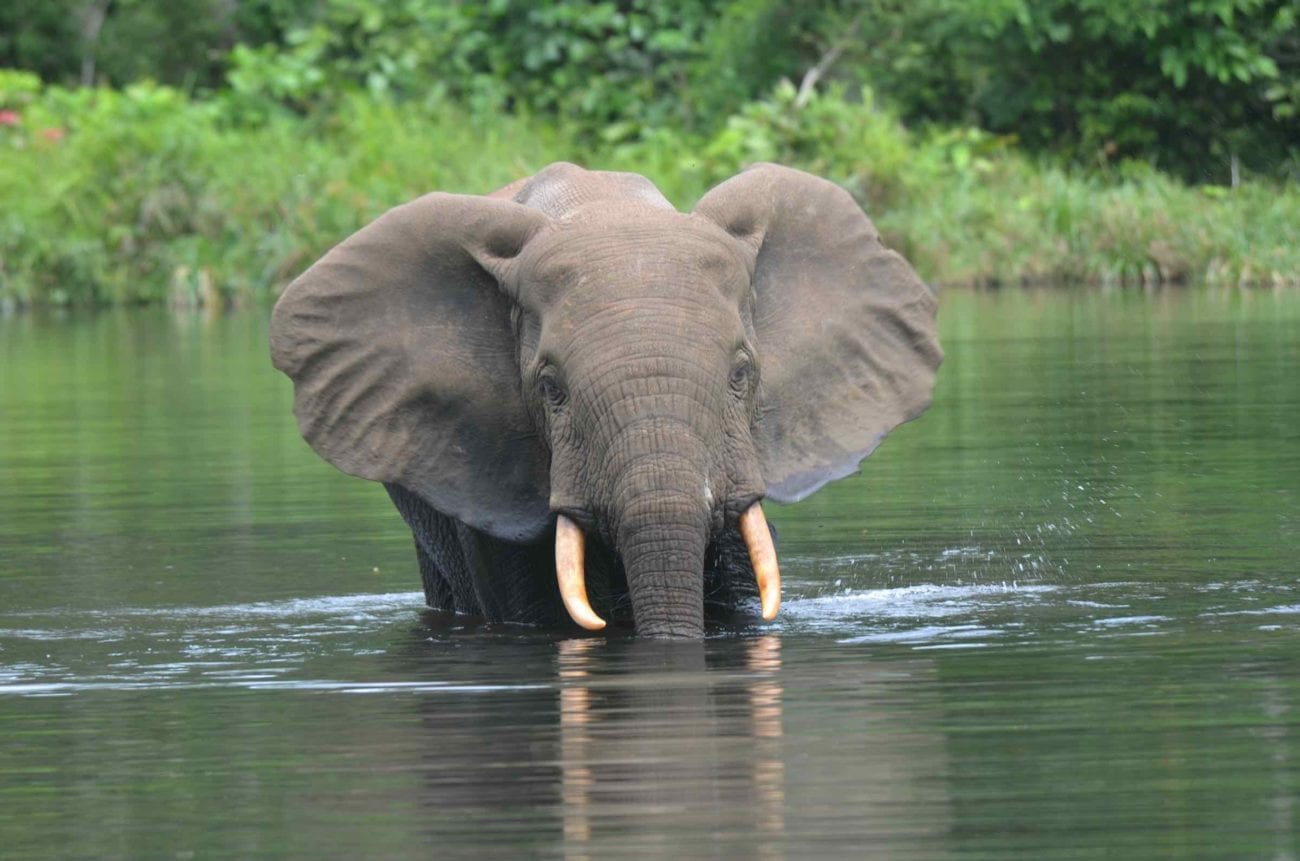 Today we’re profiling the amazing documentary Silent Forests, which takes you to the front lines of central Africa’s battle to save forest elephants.

After a study revealed that more than half of the Congo Basin forest elephant population has been lost to poaching in the last decade, there has been a concerted effort to save those elephants that remain.

Silent Forests explores this story through a range of dynamic subjects, including one of Cameroon’s first female eco-guards, a grassroots wildlife law enforcement group, a Congolese biologist studying elephant behavior, a reformed elephant poacher, and a team of anti-poaching sniffer dogs led by a Czech conservationist. 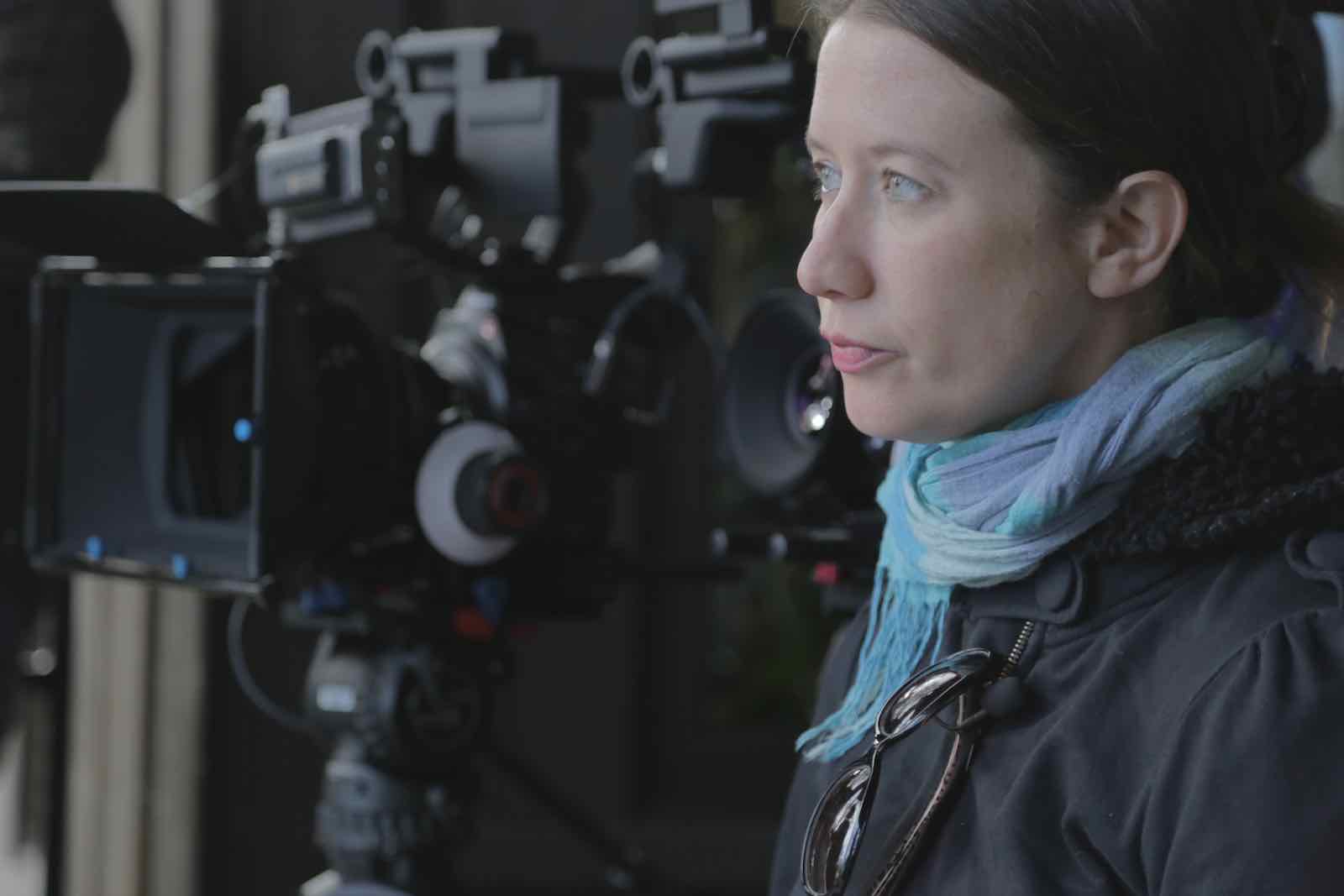 As passionate and tenacious as these conservationists are, they’re up against huge institutional challenges like corruption and lack of funding that threaten to derail all their attempts to fight for the future of the forest elephant.

We sat down with director, producer, and writer Mariah Wilson in advance of Silent Forests’s screening at Melbourne Documentary Film Festival. 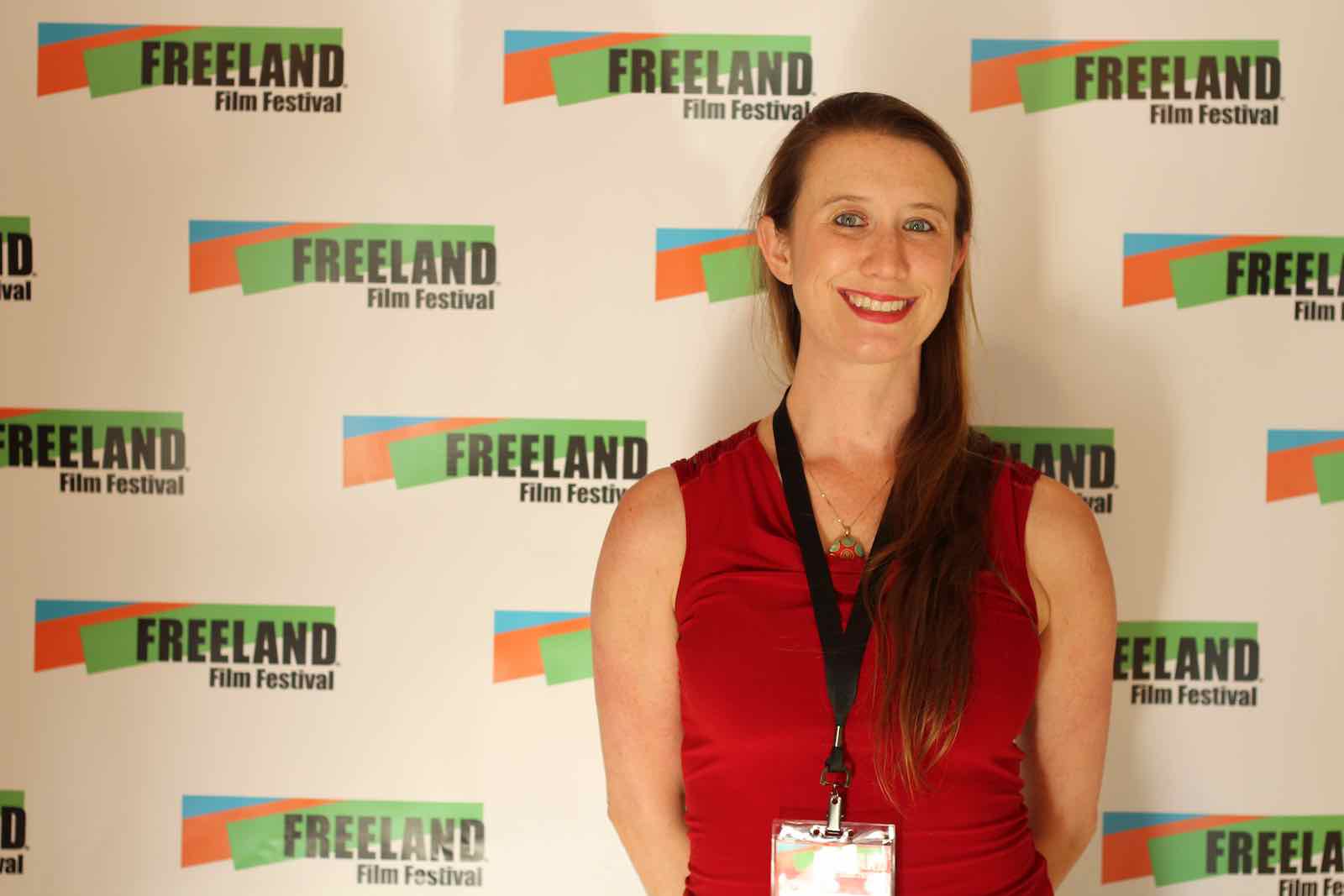 Where did you get the idea for Silent Forests?

In 2015, I completed a short documentary about rhino poaching (Kaziranga) and decided I wanted to take on directing a feature about poaching. But I wanted to find an aspect of the global poaching crisis that wasn’t being told by other filmmakers.

I had seen a lot of good media coverage about the elephant poaching epidemic in the eastern and southern regions of Africa, but that was mostly about savanna elephants. Those are the large and very iconic elephants that are in the open plains and grasslands across the continent. As I began to dig further, I realized there was much less attention being paid to the plight of the forest elephants in Central Africa. 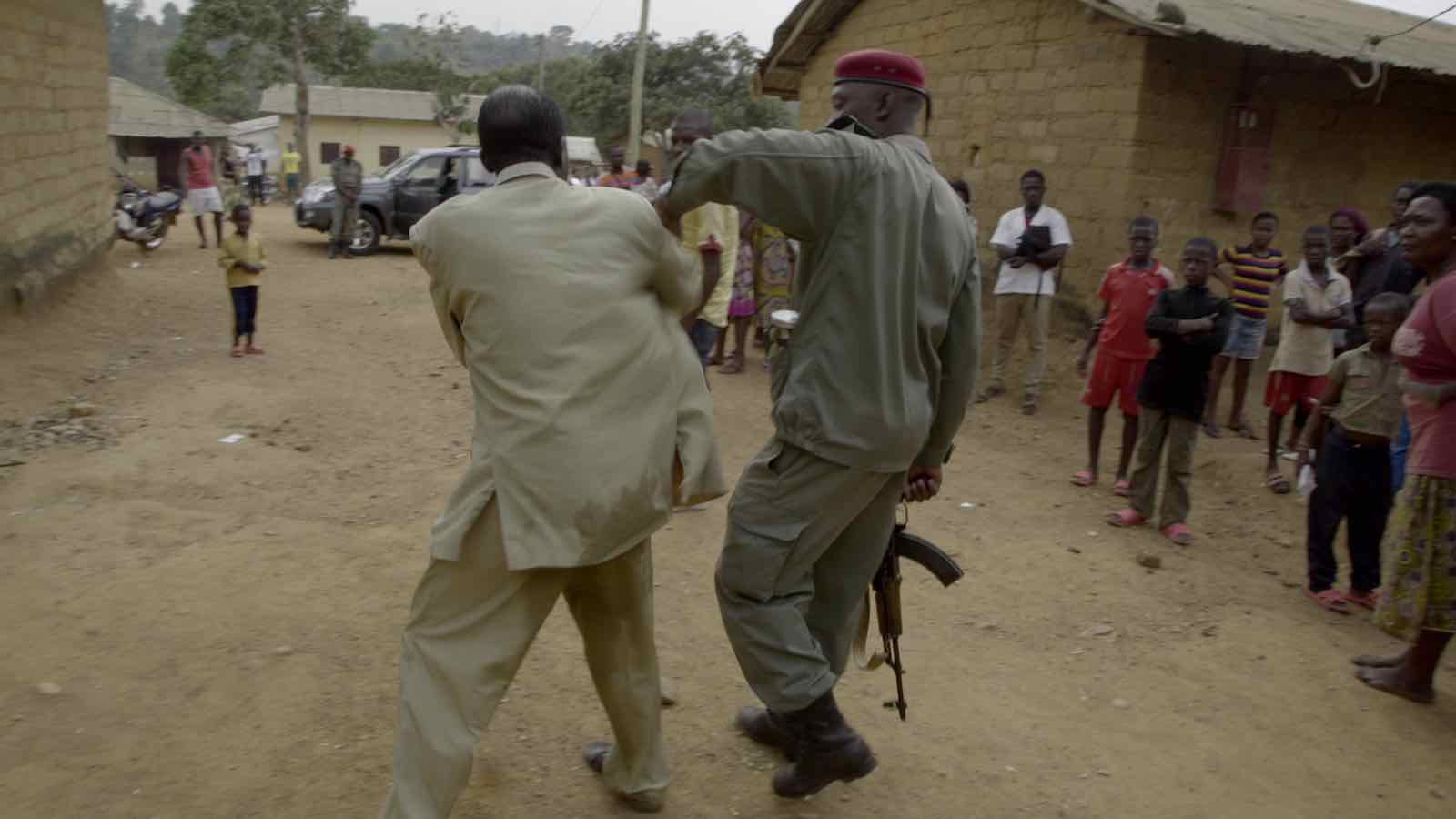 Forest elephants are a very important and wonderful subspecies: they help shape the forest ecosystem and are vital to its health and existence. But they seemed to be getting mostly ignored in news and documentary coverage at that time, and their population was – and still is – being hit really hard by poaching for ivory trafficking.

I had already read about Sidonie Asseme, the female eco-guard in Cameroon, in a WWF newsletter a few years earlier. I realized she was working in the same area where these threatened forest elephants lived. 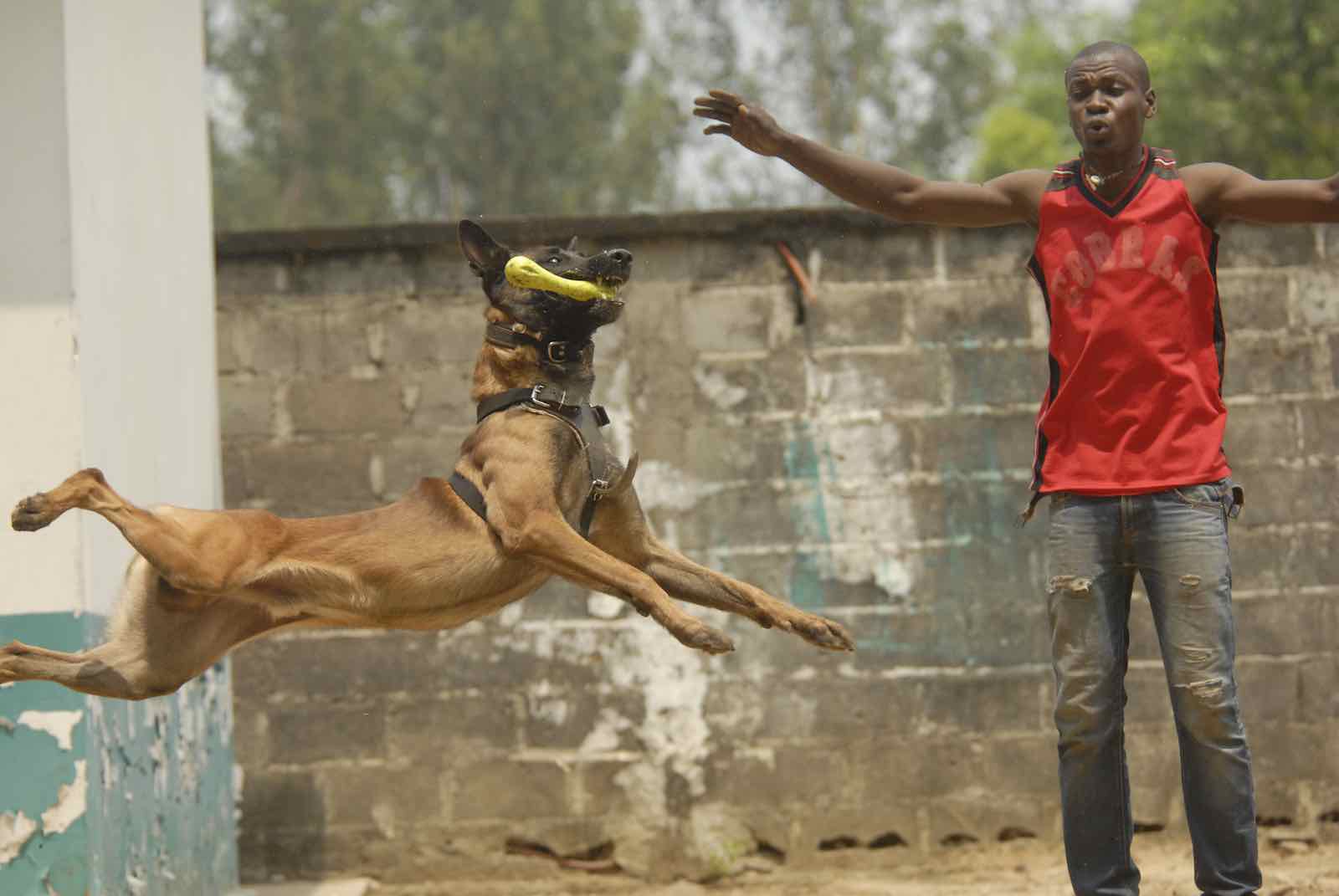 Then I began reading about other bold conservation efforts in the area, like LAGA’s Wildlife Law Enforcement model and Arthur Sniegon’s sniffer dog team and it all started coming together. This was the under-resourced region I wanted to focus on, and the overlooked species I wanted to highlight: forest elephants in central Africa.

When did you begin production?

I began research and development in late 2014, and our first shoot was early 2015 in Cameroon. Then we did one shoot per year, 2015 & 2016 in Cameroon and 2017 in Congo Brazzaville. Each shoot was approximately 4 weeks long. 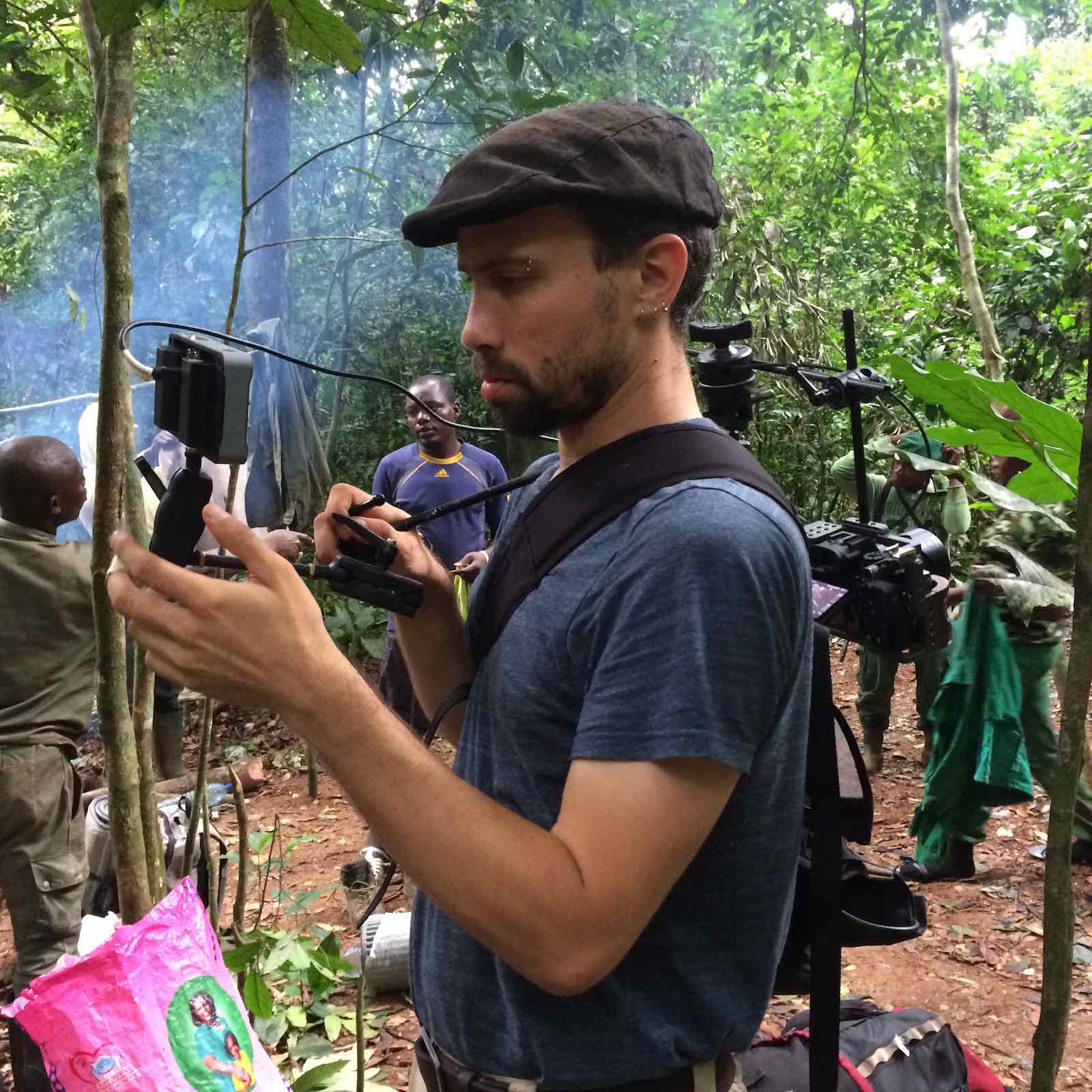 In between shoots, we looked through footage, transcribed interviews, and edited trailers & work samples to help with fundraising for the film, and pitched the film at various doc markets & forums. Post-production started in early 2017 and finished in late 2018. So the whole film took about four years from start to finish. 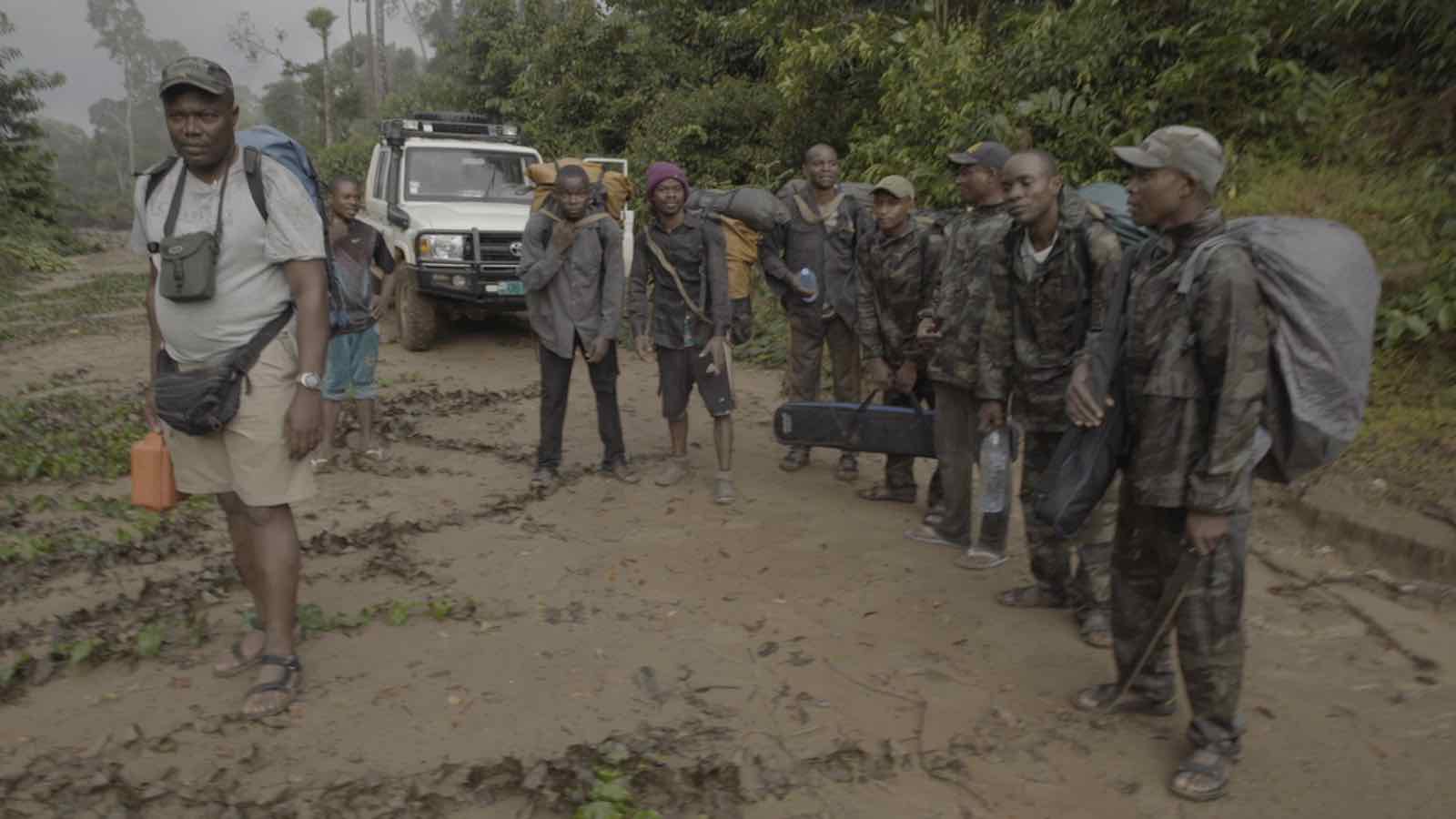 Much of the footage in the film is from what we shot there, but we did use some archival photos and material to tell the backstories of each of the conservationists we were filming with. Most of that material came from the subjects of the documentary themselves, but I did license a few forest elephant shots from Pond 5 (royalty free stock footage.) 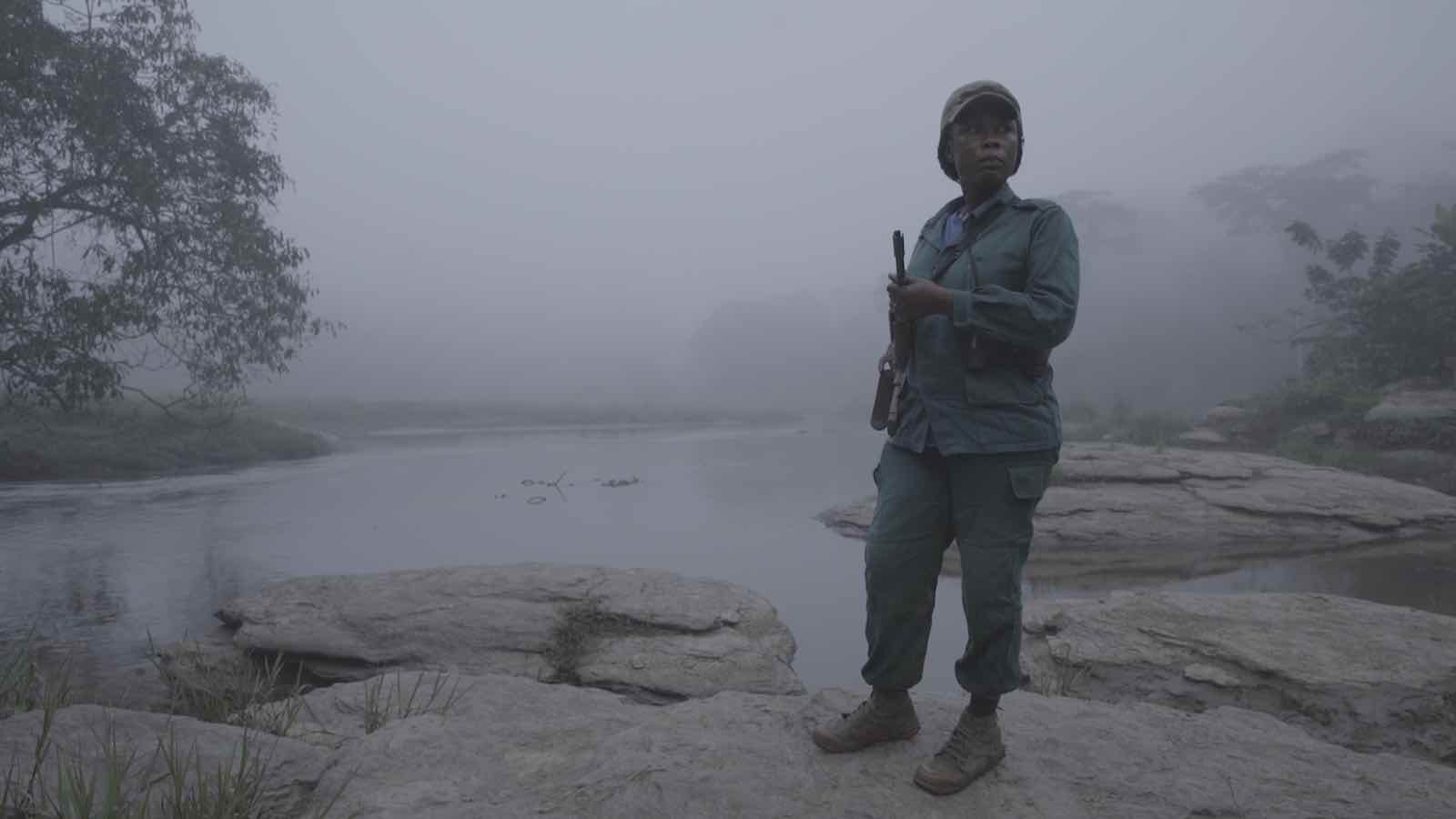 Why is it important that Silent Forests’s story is told now?

We have lost approximately 60% of the African forest elephant population in the last ten years. Current estimates have their population at just 40,000 – down from over 200,000 at the turn of the century. These numbers are staggering. At the current rates of slaughter, they won’t be with us very much longer. 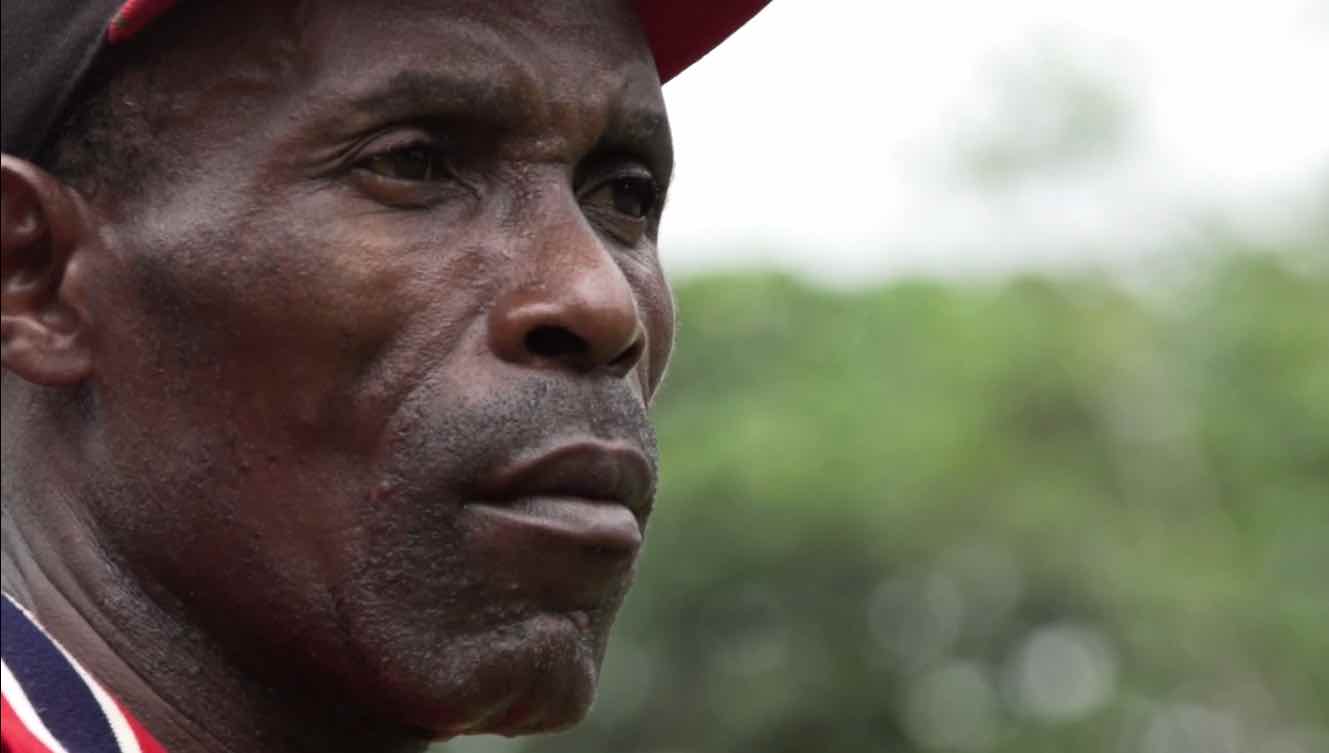 I felt an urgency to tell this story now, before it’s too late, and to highlight the tireless efforts being undertaken to save forest elephants by conservationists like Arthur, Sidonie, LAGA, and Clement. 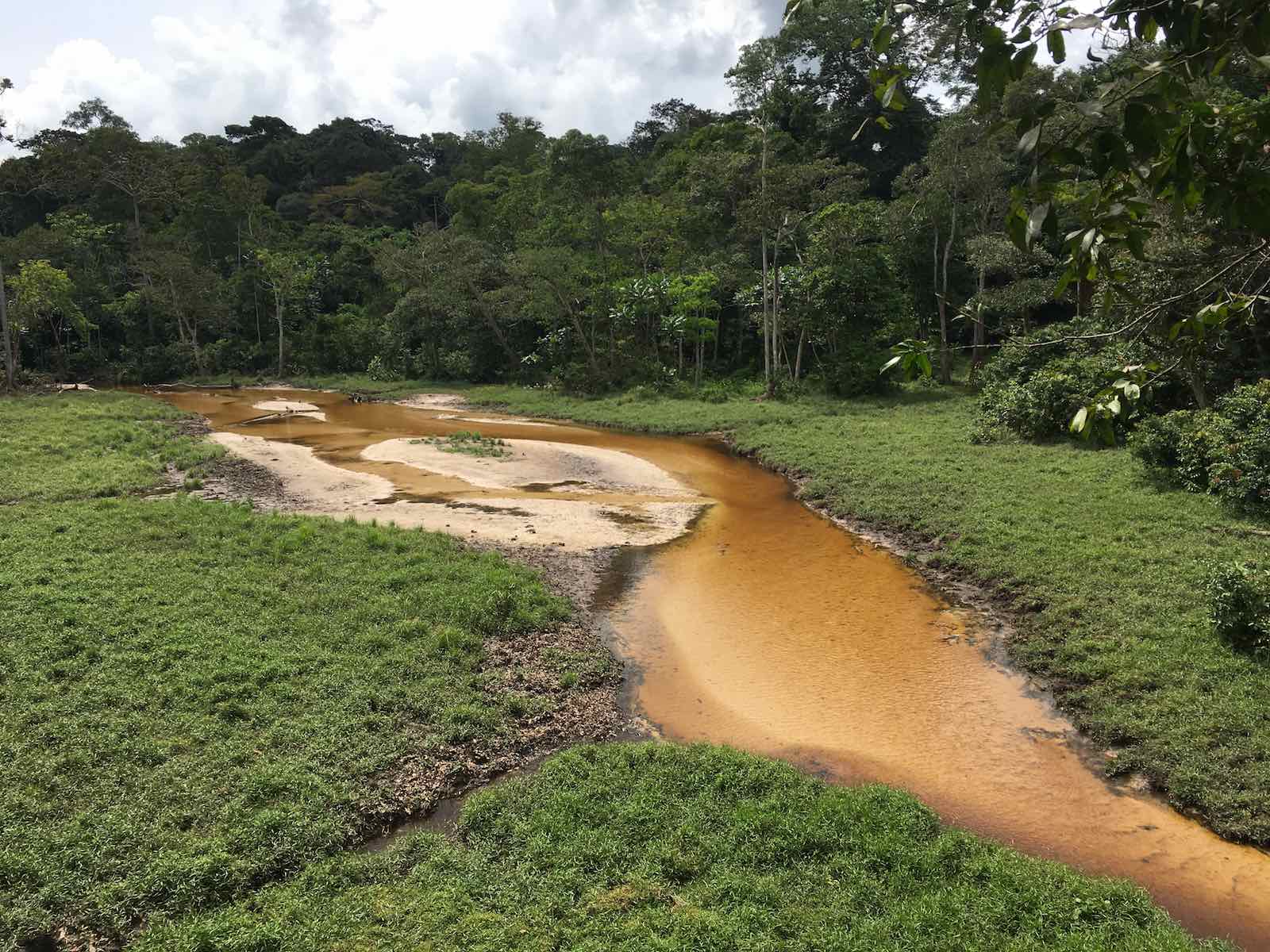 Tell us about your involvement at MDFF.

I attended MDFF in 2017 with my short film Eeya, which was a partner film to Silent Forests. I had a fantastic time at the festival, and in Melbourne in general. Lyndon and his team were really good about linking filmmakers up together and making sure to promote each of the selected films as much as possible. 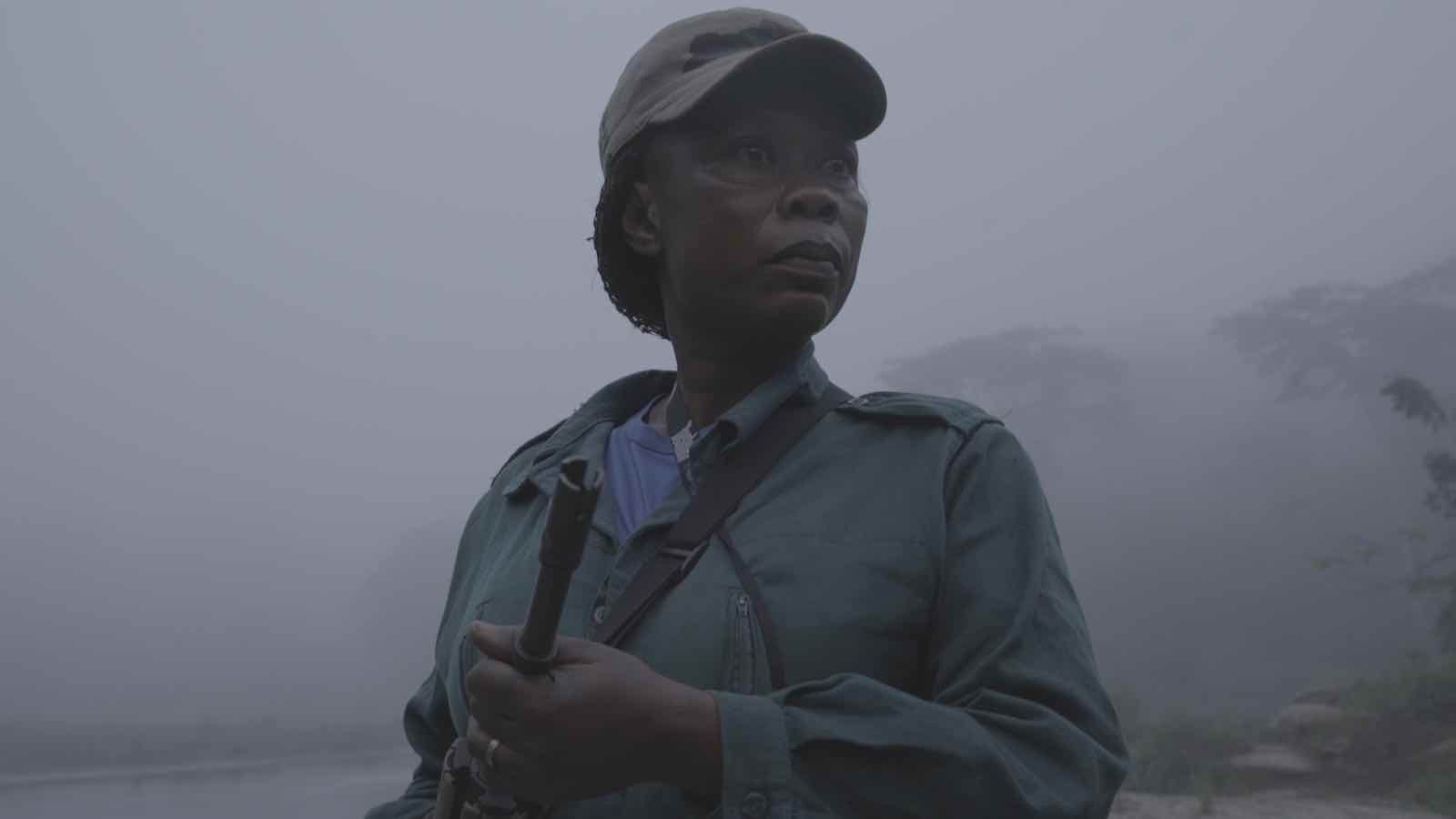 It was a really friendly festival run by a wonderful group of people. I’m happy to see MDFF is continuing to grow and bring great docs to audiences across Melbourne. 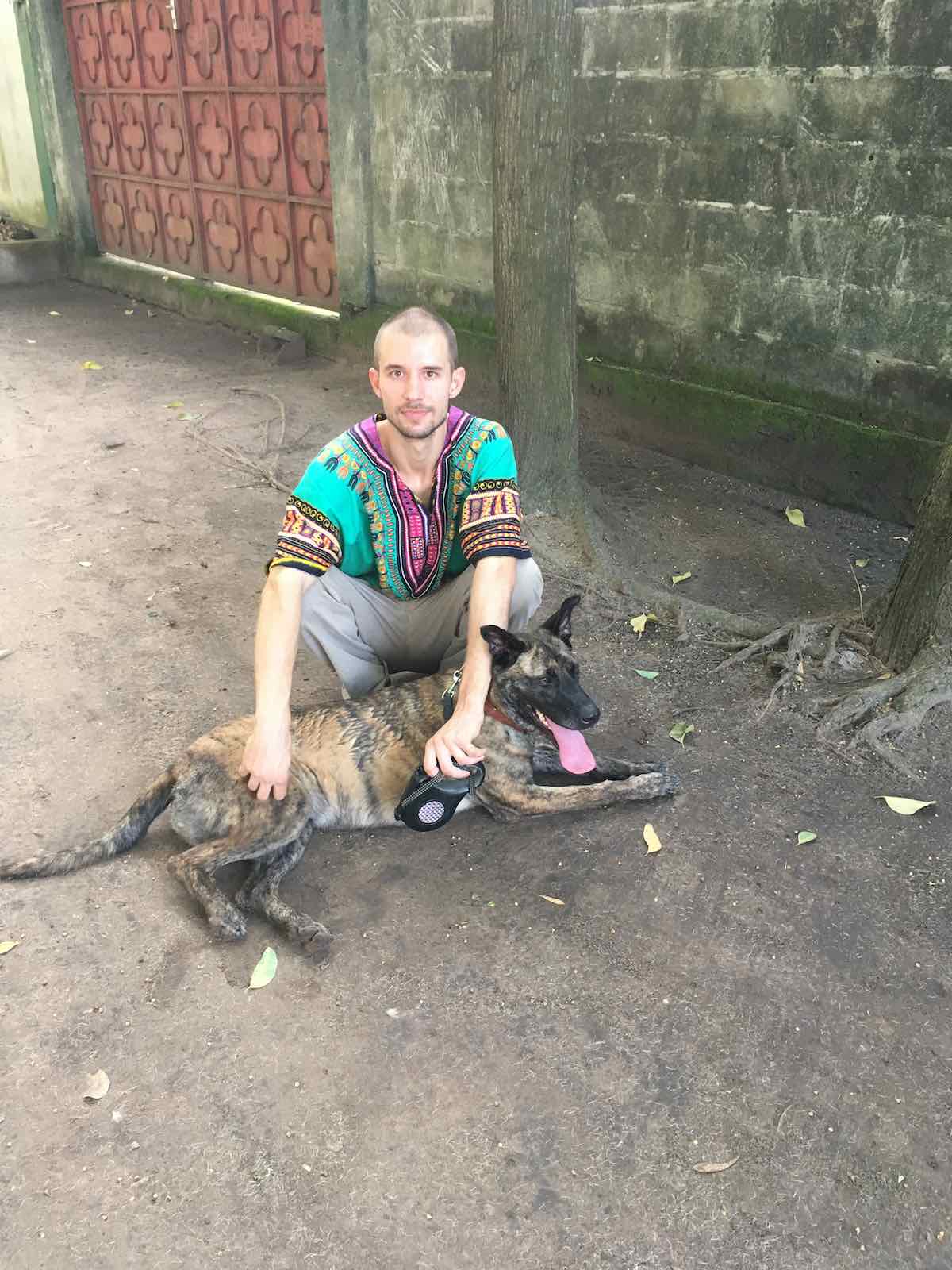 When I attended MDFF, I could really feel the passion for docs emanating from audiences there! Melbourne is a great cultural center and there are a lot of cinemas and event spaces around the city. I think there is a major artistic and creative energy coming out of Australia these days. 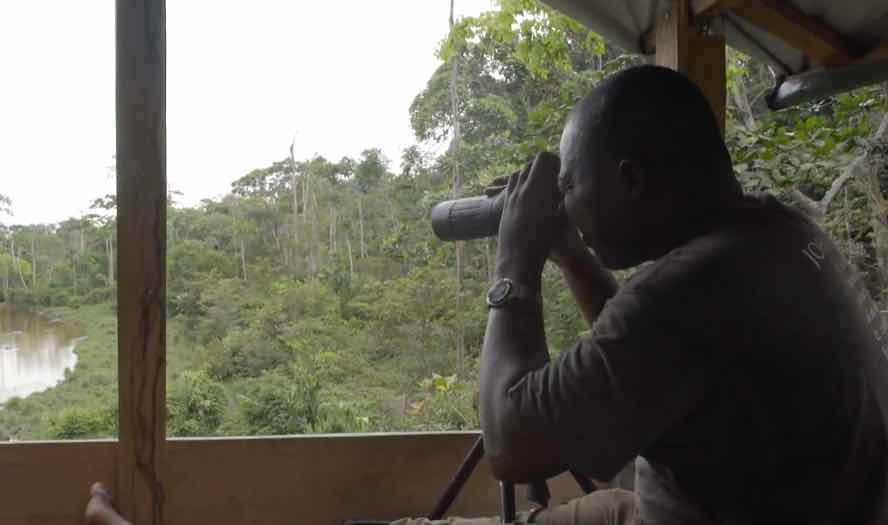 Right now I’m working on a couple of other documentaries as a co-producer, helping the directors to push the films forward and apply for grants and other funds. One of those films is End of the Line, a fascinating look at the NYC subway system and some of the challenges we face in the U.S. with crumbling public transit infrastructure. 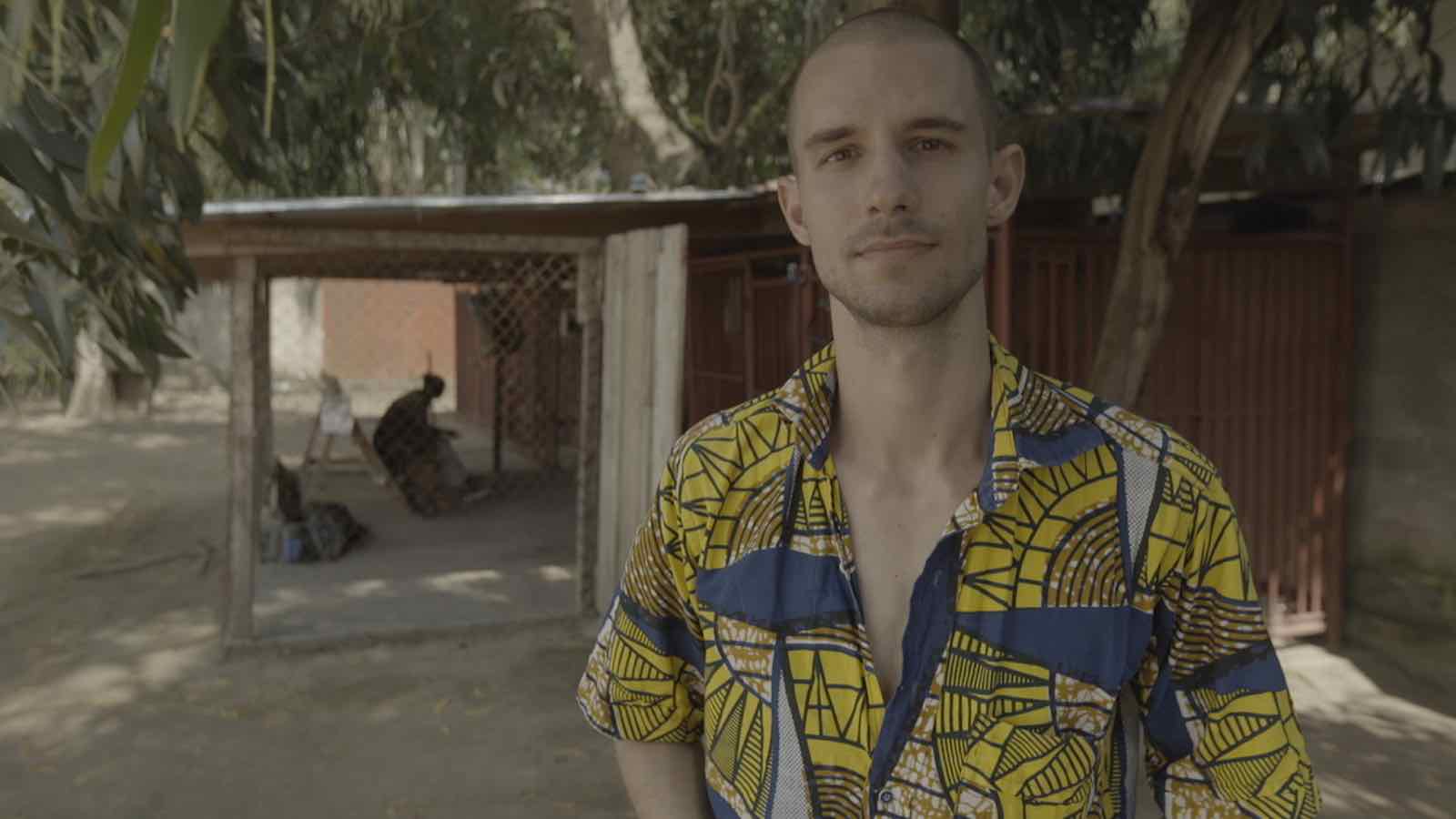 Where can our readers see Silent Forests?

We just got picked up for distribution by Journeyman Pictures! So we will have a digital release date this November across several major platforms (Amazon, Google Play, Itunes/Apple Movie, and Vimeo On Demand). If you follow us on Facebook or keep checking our website, we’ll be announcing more details in the fall.

See Silent Forests at its Australian premiere at the Melbourne Documentary Film Festival, July 21st at Cinema Nova at 4:15 PM. 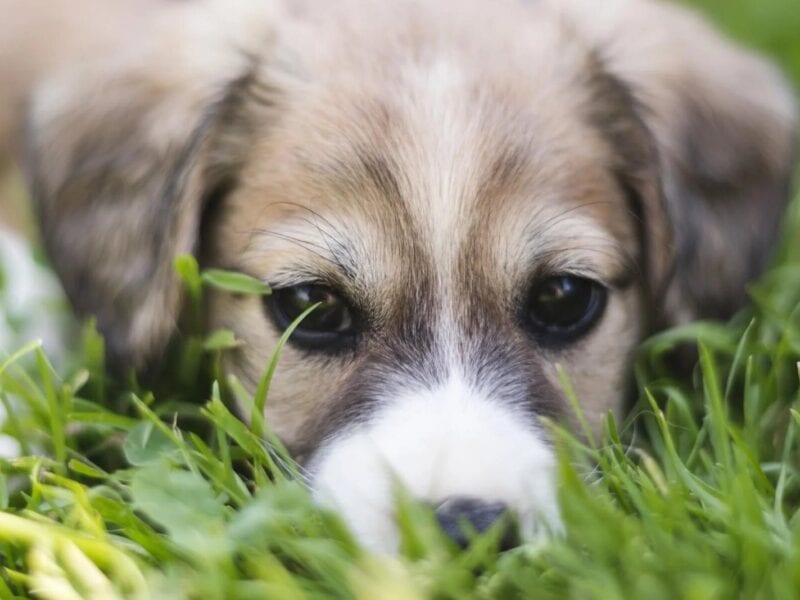