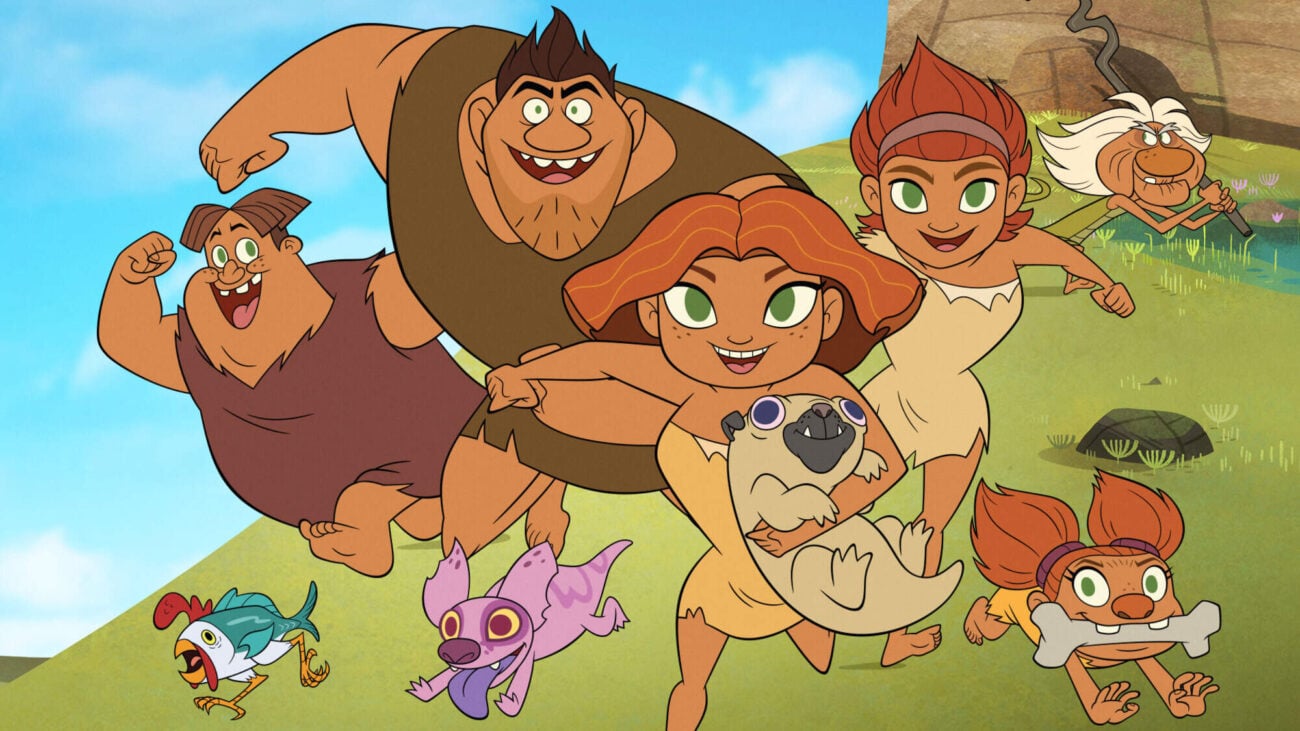 Worried about what shows your kids are watching? Or are you just tired of watching Moana over & over again? (Looking at you Mr. Dwayne Johnson.) Well, thanks to streaming platforms, the internet is your oyster! And we’re here to let you know that there’s quite a charming & fun variety that even you might recognize.

According to Popsugar and other well-known publications, it can be extremely difficult to find the right show for you and your kids to actually enjoy, but thankfully the streaming platform Netflix has only the best TV shows with action-packed seasons that the whole family will get caught up in. Take a look! 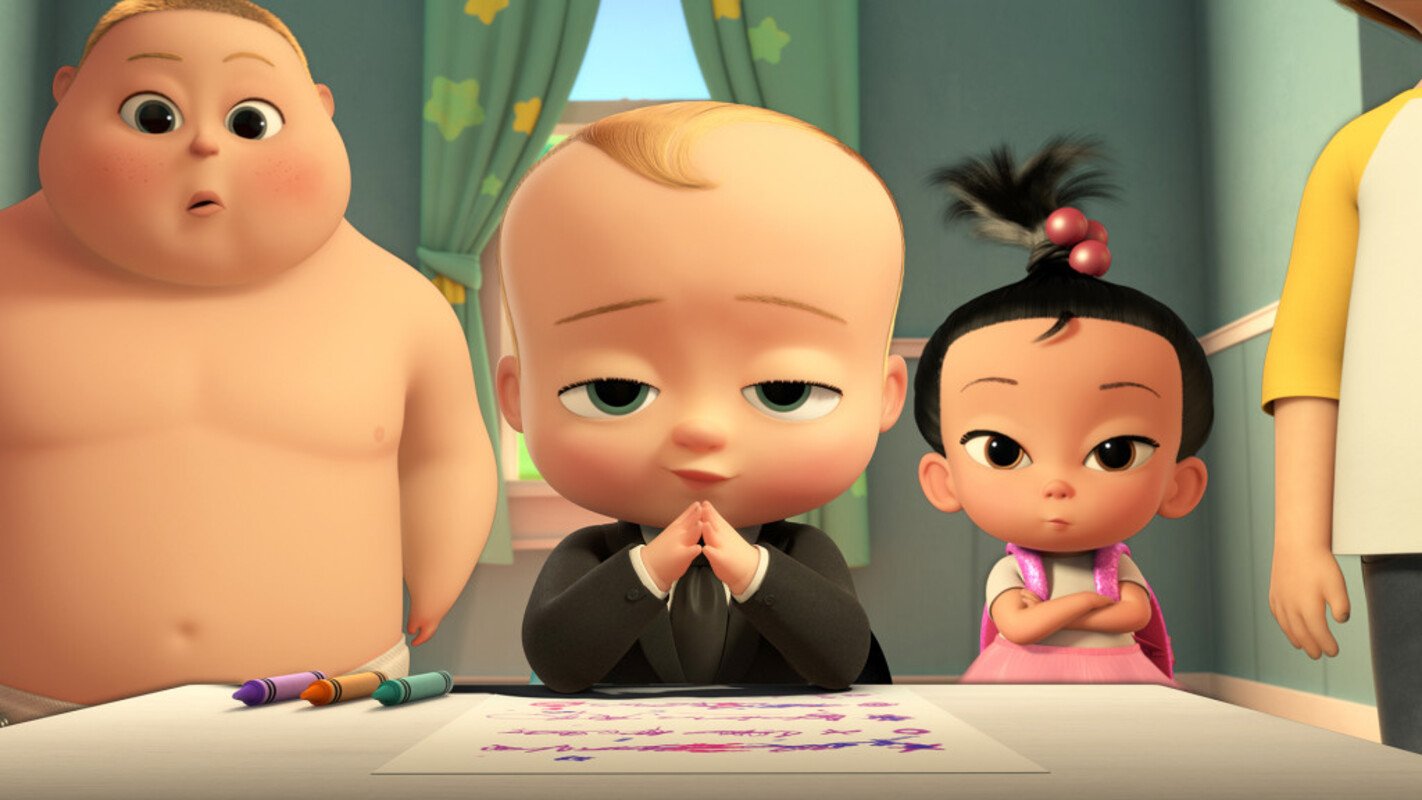 The Boss Baby: Back in Business

So we know your kids are a bit too young to be the boss of the house, or any place,  but with one animated TV show, they might start a secret business of their own with babies from all around the neighborhood – or at least, that’s what The Boss Baby definitely does. Your kids as young as seven years old can enjoy Marla Frazee’s show with one full season available on Netflix. 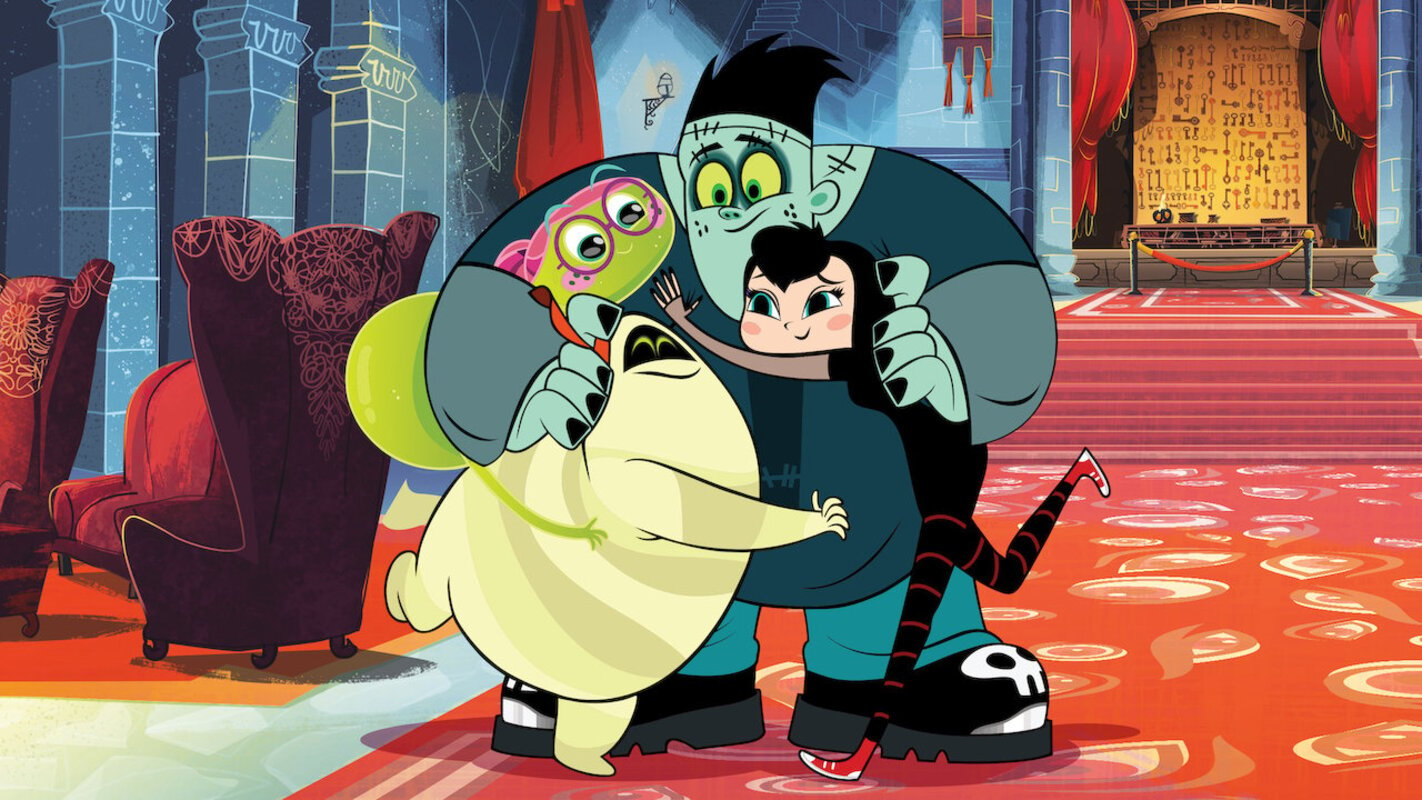 It might not be Halloween just yet, but who doesn’t like a spooky hotel with loads of supernatural creatures? Your kids will just love the kids’ series Hotel Transylvania created by Mark Steinberg. If you thought the animated film was great, the series is best-suited for ages six and up with one full creepy season only on Netflix! 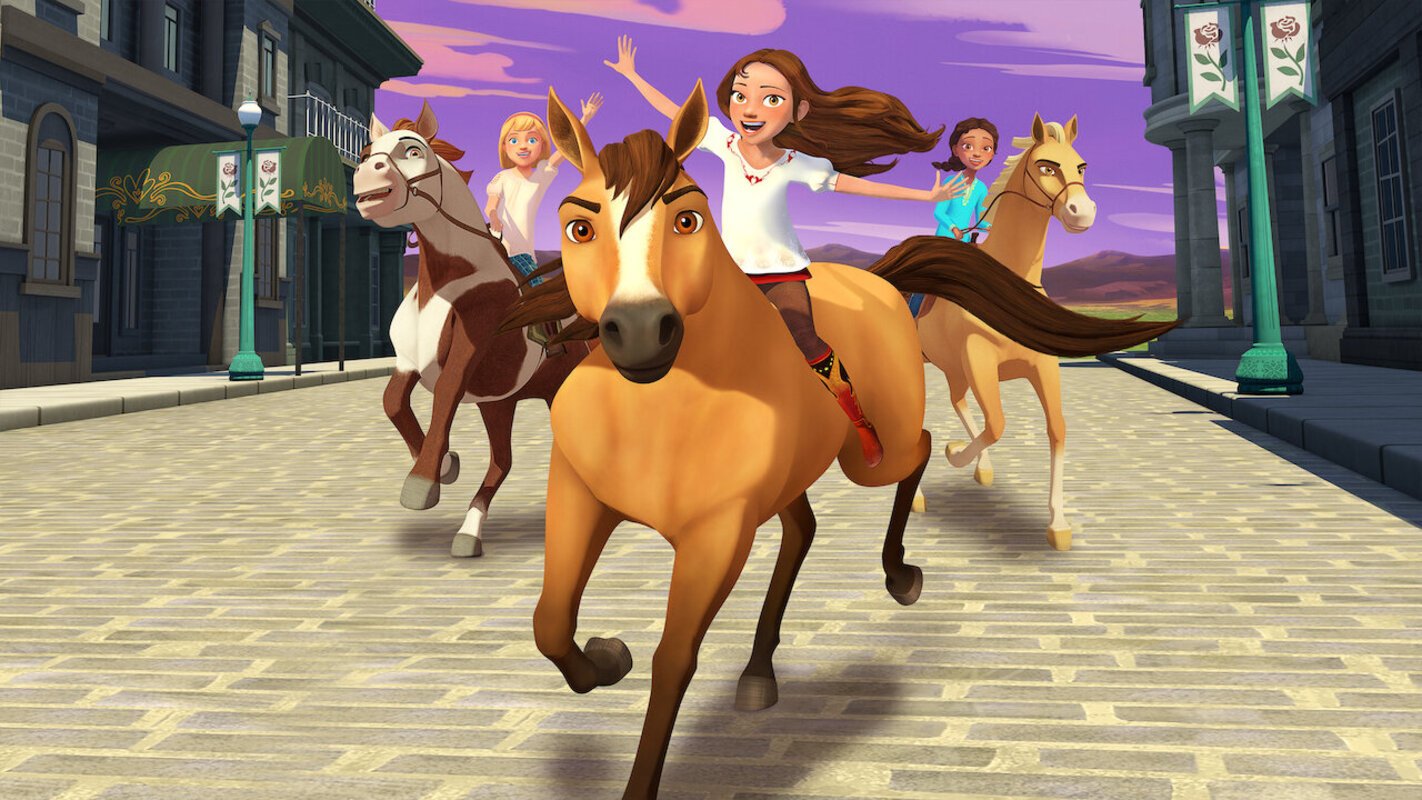 Unlike the heartwarming animated film Spirit, one of the best kids TV shows on Netflix is Spirit Riding Free. In fact, the series is created by Aury Wallington and follows the young Spirit Jr. (Naww) while he becomes the steed of a girl named Lucky Prescott. If your kids love horses then they will definitely love this series. 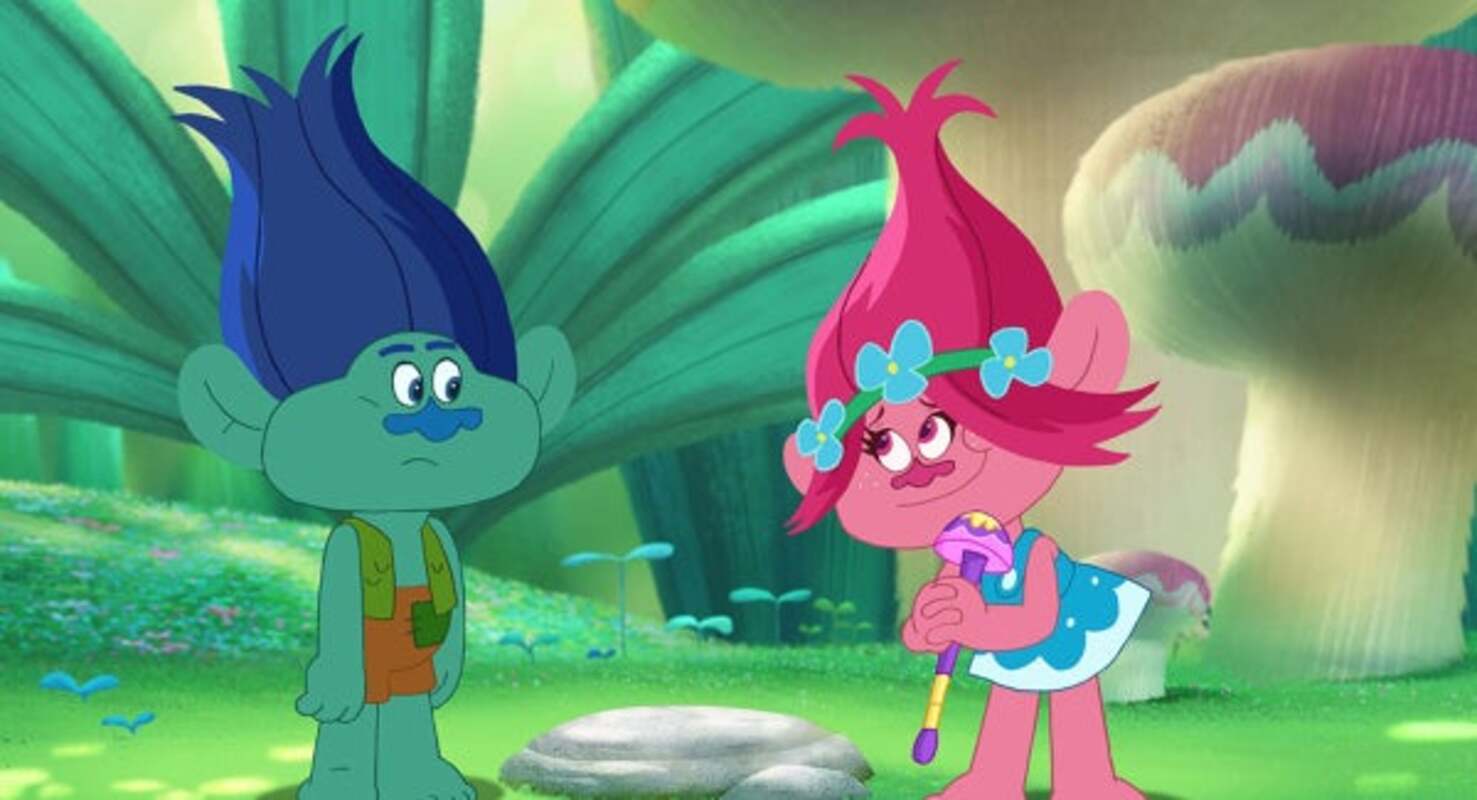 Trolls: The Beat Goes On!

“Dance, dance, come on!” Besides Justin Timberlake’s incredible music in the Trolls animated film, the children’s TV series Trolls: The Beat Goes On! brings back our favorite trolls just as colorful & happy as we remember.

Who doesn’t want to celebrate the little things in life everyday? Created by Hannah Friedman, Sam Friedman & Matthew Beans, these trolls enjoy dancing to every event, and holiday. This can be enjoyed by your five-year-old on Netflix! 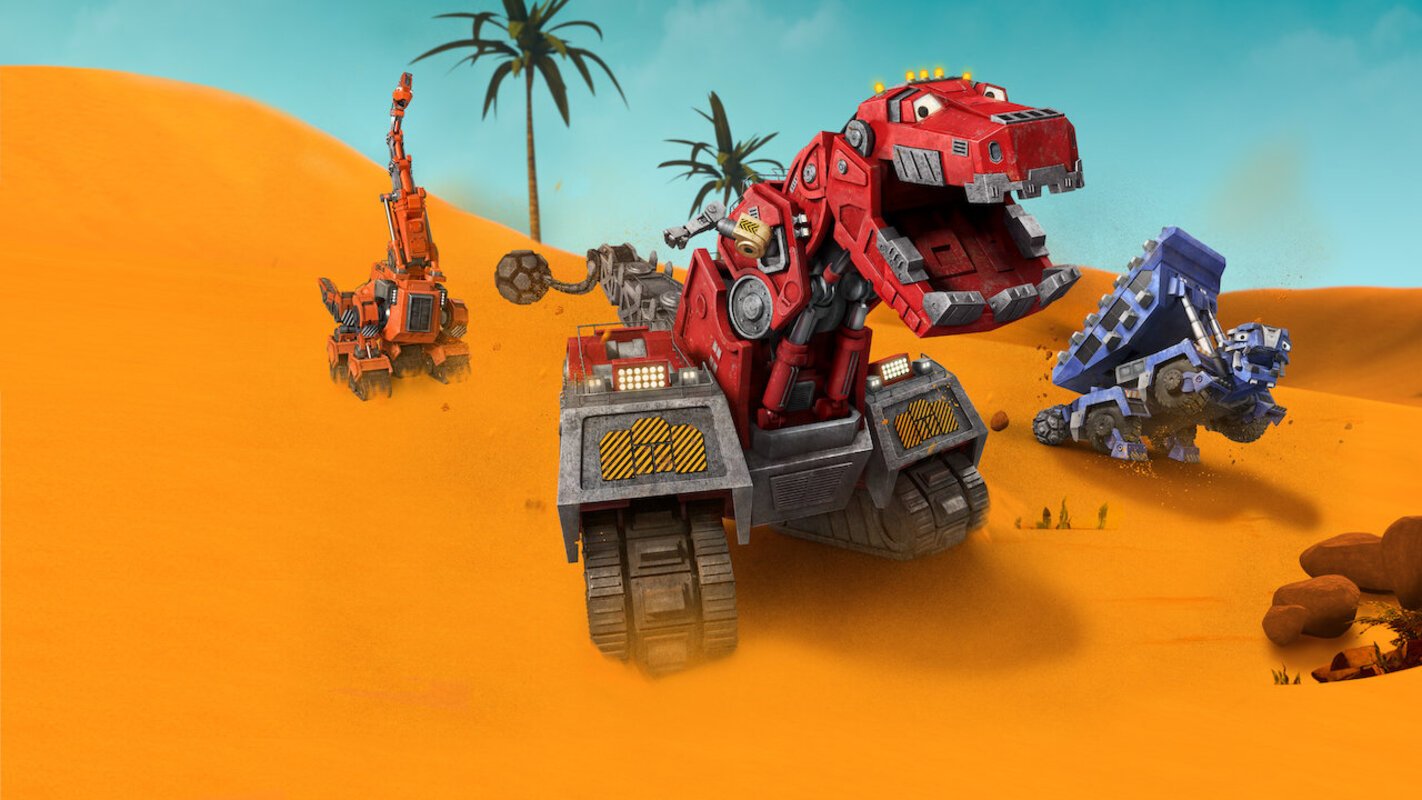 Not that we needed another reason to love Transformers or anything similar, but with Dinotrux, we might never look back! Thanks to Chris Gall, we can watch Donna Brockopp’s animated TV show in style and on Netflix, with these dinosaurs who are, you guessed it, also trucks. If your children love a good dinosaur, you might never watch other TV shows again! 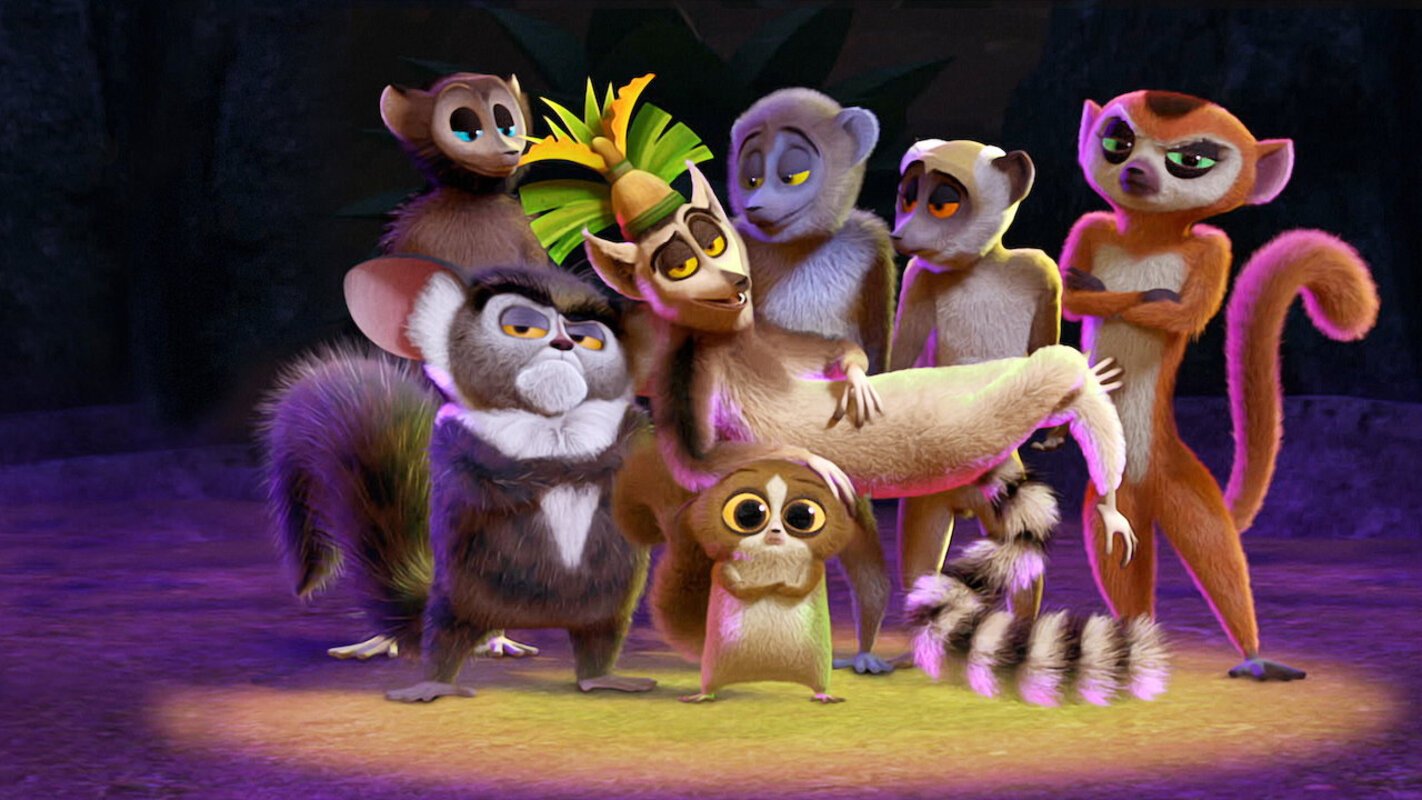 You might remember King Julien from the Madagascar film, but thanks to kids TV shows becoming so popular, All Hail King Julien has finally got his time in the spotlight! Created by Tom McGrath, your kids can watch King Julien hilariously handling his new zoo empire right now on Netflix. 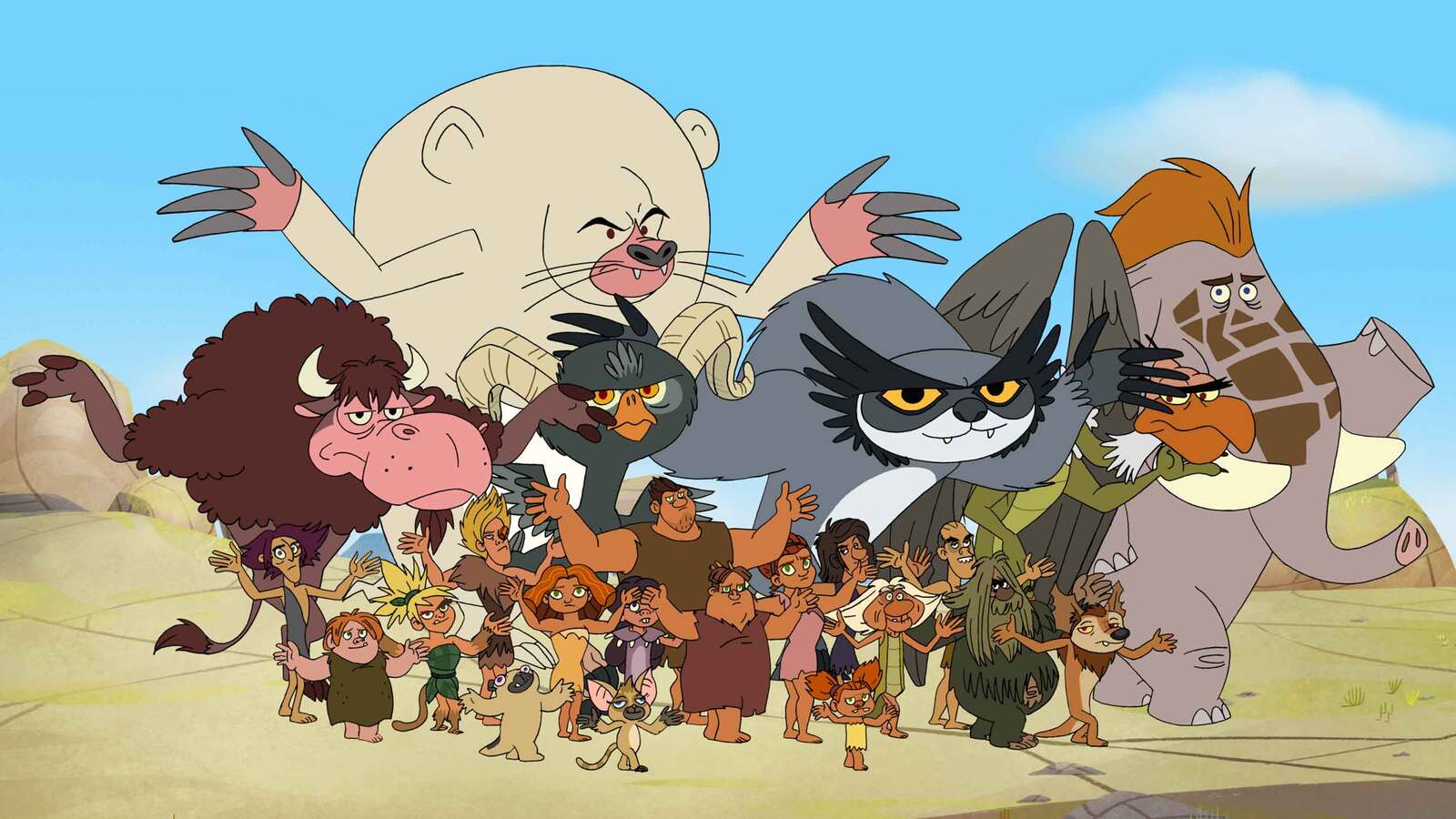 Dawn of the Croods

It will never be as good as The Flintstones (R.I.P), but Dawn of the Croods certainly comes close. In fact, the DreamWorks animated series is full of hilarious moments, you might forget all about The Flintstones and be happy that you’ve introduced your kids to this wild TV show. Luckily, there’s four full seasons available on Netflix for your kids to enjoy! 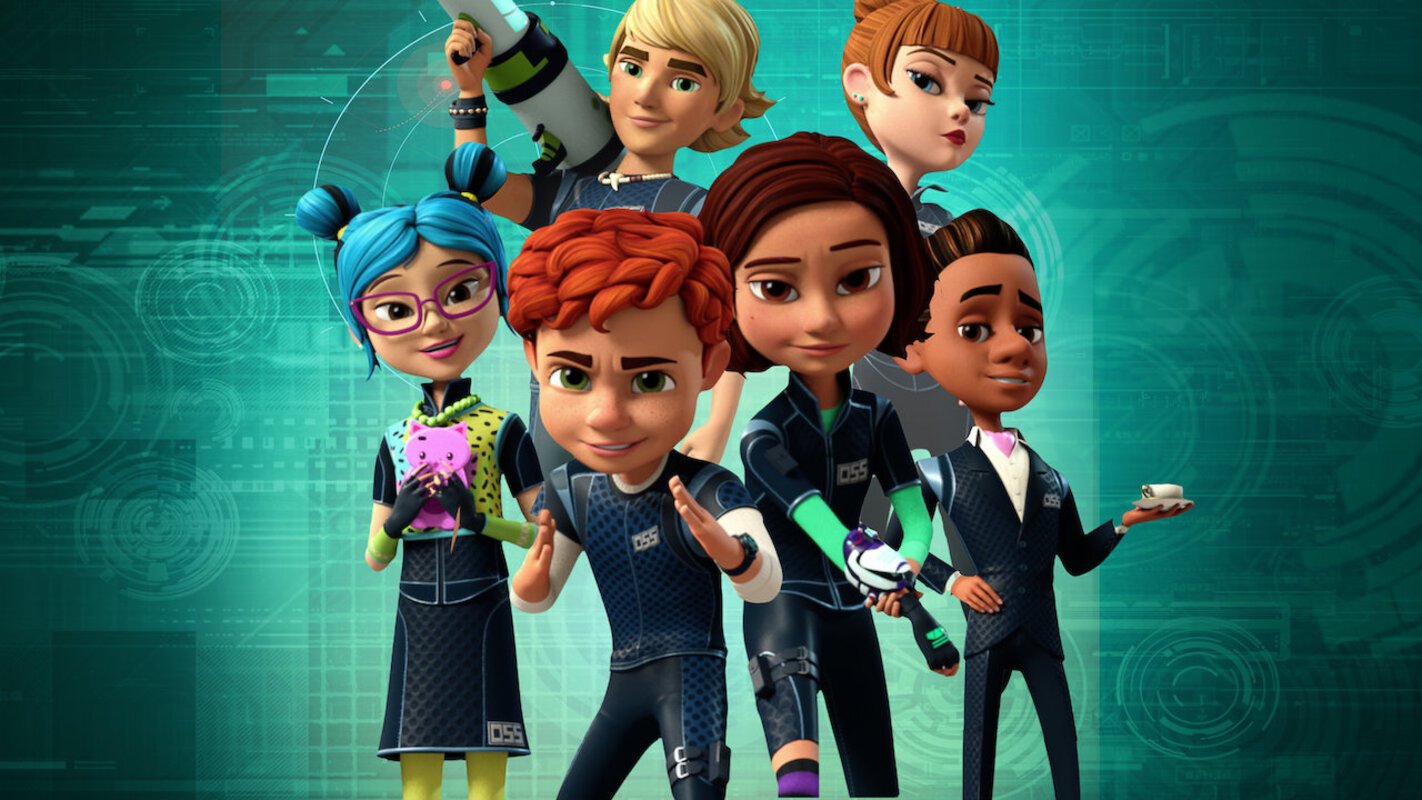 If your seven-year-olds are really into spies and are possibly dreaming about becoming the next James or Jamie Bond, Spy Kids: Mission Critical directed by Ian Freedman, Craig George, and Mike Alcock, is your kids best bet! Remember Juni & Carmen Cortez? Well now they’re animated and are kids again, fighting crime and saving the world! You and your children can enjoy this show on Netflix! 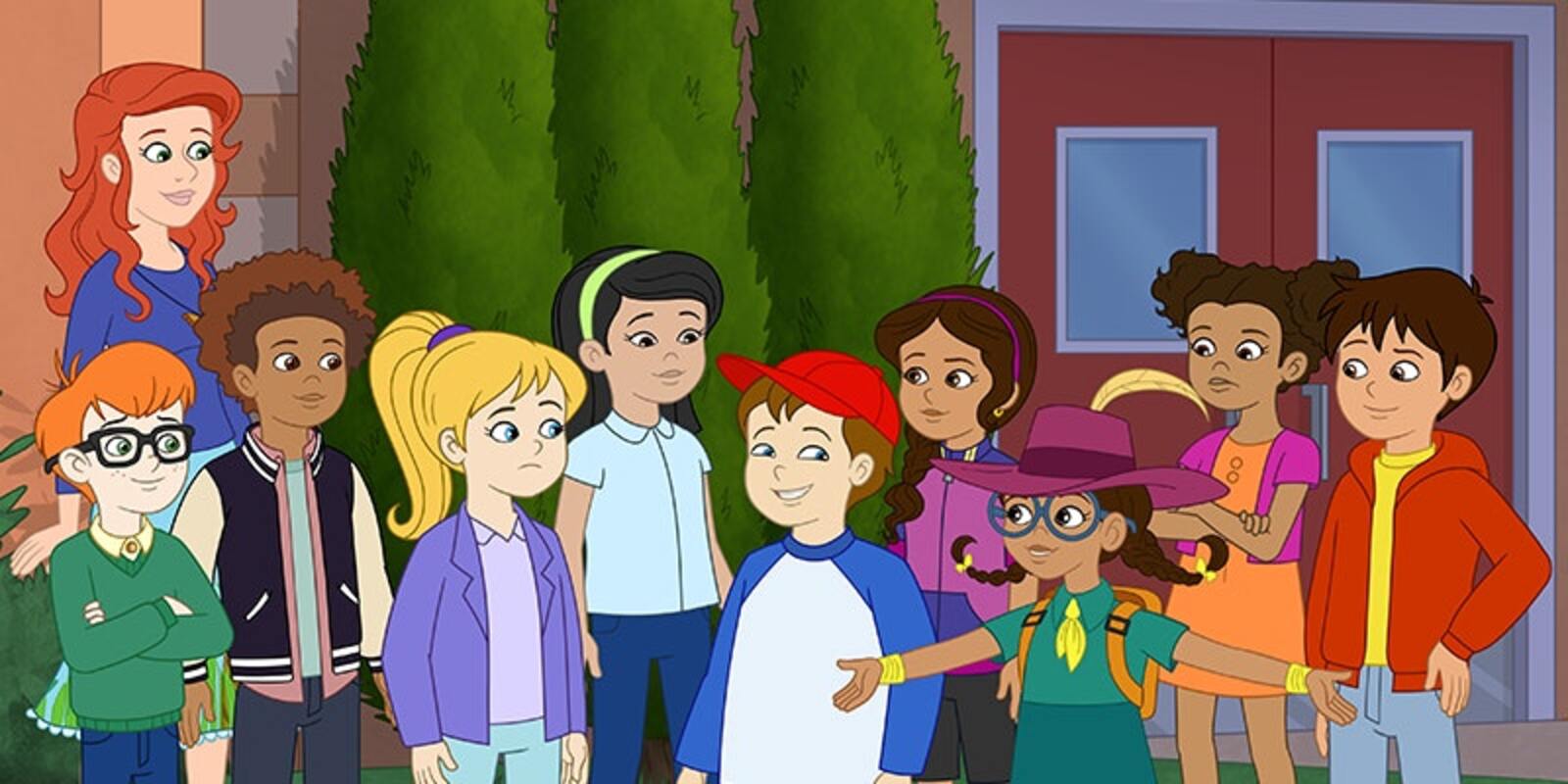 Because we can’t enjoy many bus rides lately, what’s better than kids TV shows taking bus rides? Absolutely nothing! The Magic School Bus Rides Again takes your kids to the unknown. The possibilities are endless for this group of school children while Fiona takes them on a journey full of science & adventure. Although it’s based off a PBS show from the 90s, this is actually a Netflix original series. 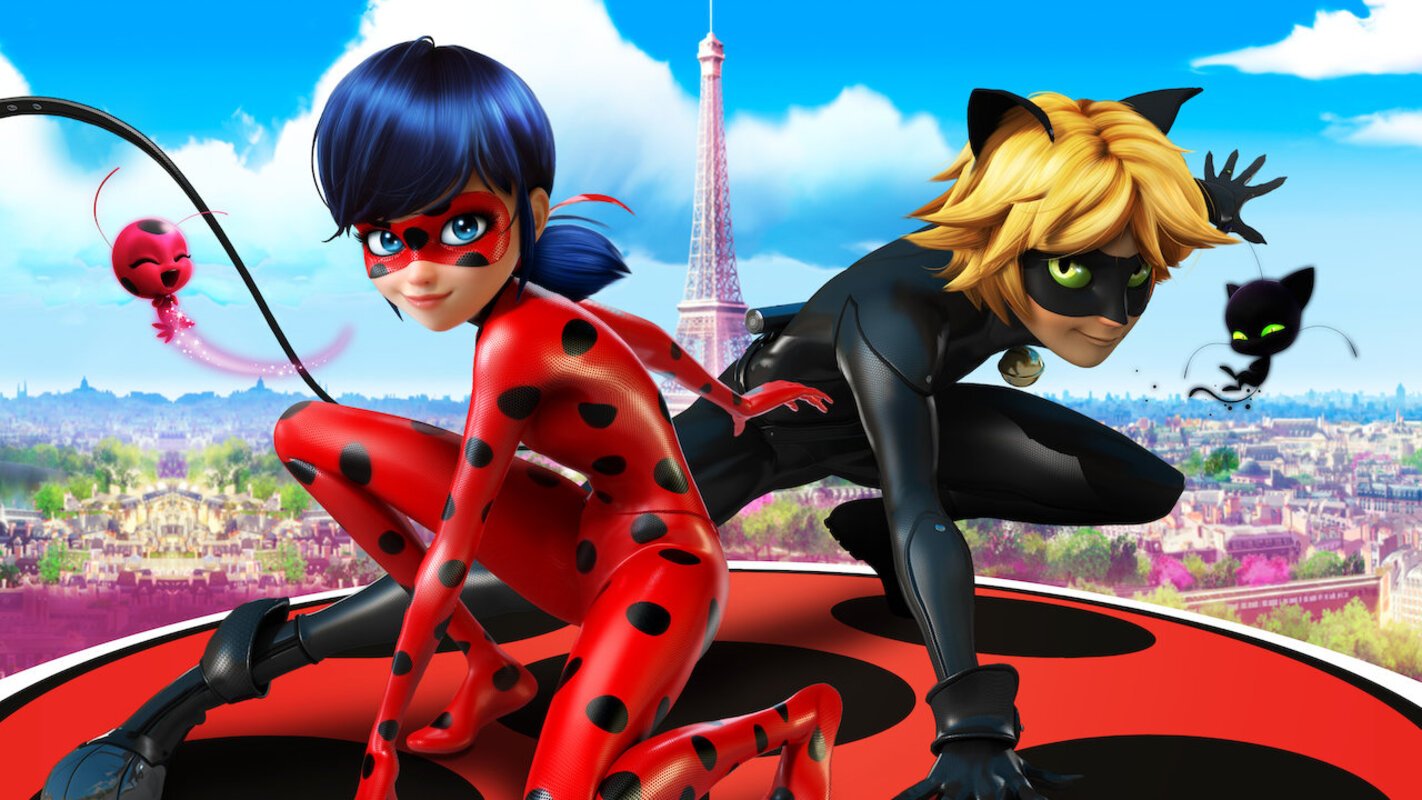 And lastly, creator Thomas Astruc’s Miraculous: Tales of Ladybug & Cat Noir. Your kids will dive into the world of Marinette Dupain-Cheng & Adrien Agreste as they never discover one another’s identities. And it’s always fun to see a superhero animation. Who needs other TV shows, when you’ve got the best Netflix kids series right here!

Have you & your kids watched some of these TV shows? Let us know what your thoughts were in the comments below.