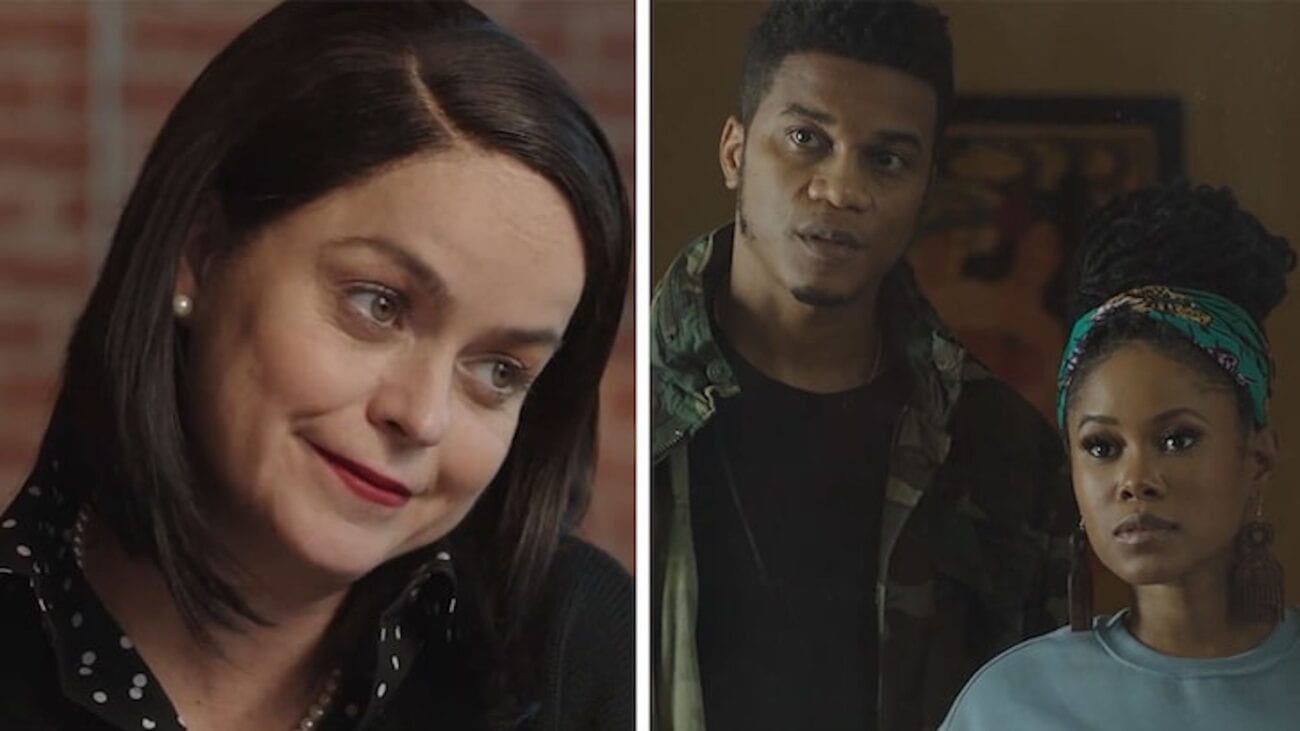 Karens are a real life horror story, if we can be totally honest. From threatening to call the cops on people to being the bane of customer service workers to generally being the worst people you know, Karens are definitely a horror story brought to life. So, it’s not that surprising that someone decided to make an actual horror movie titled, of course, Karen.

Karen, which is a BET Original Movie, released its first trailer today. Some, on the other internet, are drawing comparisons to Jordan Peele & Get Out. Is the new horror movie ripping off Jordan Peele? And, well, don’t movies rip off each other all the time? Is it such a bad thing for this to happen? Let’s take a look at what Twitter is saying about Karen the movie to investigate.

It seems everyone has their Jordan Peele wig on lately😭
What he was able to do with Get Out was interesting for the time being but we really don’t need “Black folks being terrorized by racist whites” to become a horror sub genre…. https://t.co/6ujqCPxqBx

Well, it certainly appears like people are trying to make it a new sub-genre.

Jordan Peele is without peer. Don’t try to imitate. Try to . . . homage.

Jordan peele the blueprint. Like I just know mfs angry they didn’t come up with Get Out.

Let the man have his moment!

Peele also spent years coming up with the idea and working on Get Out. So, maybe, take your time.

all of these Jordan Peele recreation attempts assume the core of Get Out was "haha white people scary" and try to recycle that over and over. They miss the nuanced message about liberal performative activism, about the obsession with black culture. 1/2 https://t.co/x7IrRZ9c1I

Actually this two-part tweet gets to the reason why people are upset with others trying to rip Jordan Peele.

Since Jordan Peele is trending, a reminder that not since Tarantino directed PULP FICTION has a director come along with a film (Peele's GET OUT) that so many major studios have tried to painfully copy its success and never understand why/how the movie worked in the first place.

And he’s only directed two movies

It really is special the way that Peele is trying to be copied by Hollywood.

the post-jordan peele ‘get out’ economy has hollywood (and as a result the rest of us) in shackles… i fear 😞 https://t.co/8960v8ZXmZ

Paying homage to great directors & films is not a bad thing, but if you do without thought as to why things worked as they did . . . then that’s when things get bad.

What Jordan peele “get out” snl skit nonsense is this?? No one asked for a movie about a murderous Karen pic.twitter.com/ILYGmsvJZ6

We get too many murderous Karens IRL, let’s be honest.

this sums up how many of us feel about all the movies trying to replicate Jordan Peele’s “Get Out.”

when will it end :( pic.twitter.com/b0abnfd5GY

They won’t stop. It will never end.

Jordan Peele watching all of these wannabes crash and burn pic.twitter.com/QOVzrYAIMK

He doesn’t deserve this

Like in Get Out most of the white people didn’t see themselves as racist. They thought Black people were cooler and stronger and that obviously isn’t “hatred” so they have no qualms about what they’re doing. This is a point a lot of these Jordan Peele wannabes miss.

And boom goes the dynamite.