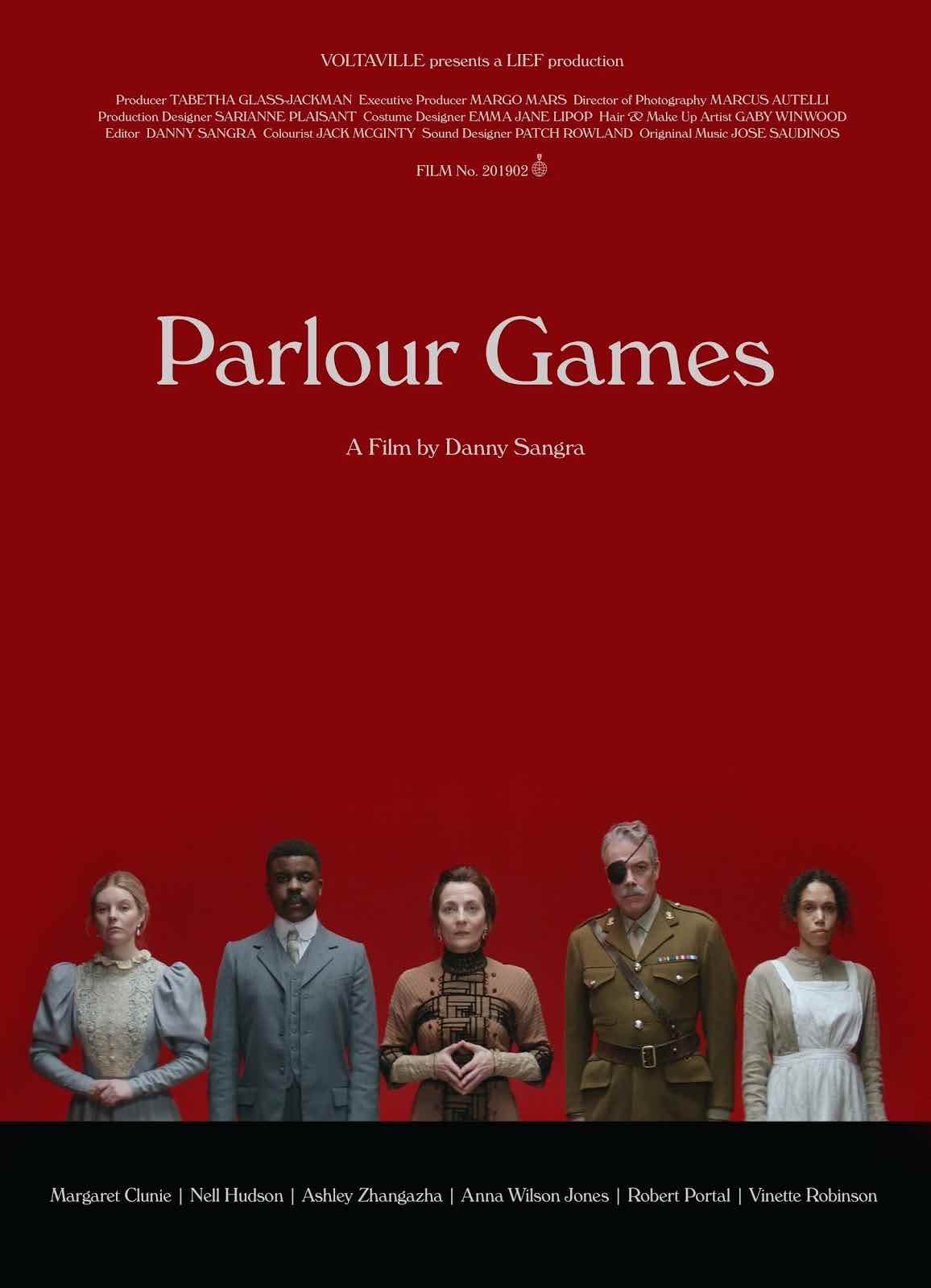 Prodigiously multitasking, modern, human, gently bizarre but always with a surrealist touch, Danny Sangra is a new-wave filmmaker who has honed the art of observing modern life.

A graduate of Central Saint Martins at the University of Art London, writer and director Sangra is a creative powerhouse – he is also an established artist, illustrator & photographer.

Half-Sikh, half-Jewish, Sangra grew up in Leeds, Yorkshire, UK, the hardworking son of a hairdresser mother who encouraged his love of art. Sangra’s father watched Kurosawa and Kubrick movies, which made a big impression on the young boy.

Sangra went on to build an enviable creative career. Take a glimpse through his back catalogue of short films, drawings, and multimedia artwork, and you will notice a thread of dark humor as well as a curated, DIY perfection to his pieces.

Sangra’s unique style has earned him loyal audiences online, particularly with the Vimeo crowd, where his short A Lunch Break Romance has had 765,000 views. The platform went on to release his debut feature film Goldbricks in Bloom in 2016 through its VOD service.

While creating a name for himself by making an immense collection of short-shorts, known as a whole as Voltaville, which form parts of a mysterious larger, interconnected story, he has collaborated with clients such as Burberry, Mercedes-Benz, Samsung, Verizon, Miu Miu, SMART, Vogue, and Balenciaga – the latter taking the second position in the top 10 Fashion Films by Business of Fashion.

“Danny Sangra isn’t your typical filmmaker. His satirical style is novel and makes his films provocative, comedic and foreboding all at once. In oddly subtle ways, his films reconcile the complexities of human nature and address contradictions of life that are common to everyone.”
— Studybreaks

To celebrate the release of Parlour Games,  produced by indie film powerhouse Lief , we were delighted to sit down with the quintessentially British filmmaker and talk craft.

It actually took me longer than most to begin making films. I started out coming from the world of design and illustration. Most people knew me as that, however when I was 28/29 I started making fashion films and got into it that way. Eventually I started writing narrative shorts and making them with friends.

However, my dad was heavily into cinema so I grew up watching Kurosawa and Kubrick. Not that I appreciated it . . . but it clearly had an effect.

When I started making films off my own back it was director William Klein and his film Who Are You Polly Maggoo? He’s a photographer/painter/filmmaker that came through fashion, so that made sense to me. Then Godard films and Cassavetes were a big inspiration. Afterward, I got into Aki Kaurismaki, who is one of my favorite directors.

However, a lot of my approach came from 90s-era TV shows in England, like Reeves and Mortimer.

How was working on Parlour Games?

It was great. It felt more like a piece of theatre at times. It’s slightly different to my other work, but it was my usual crew and friends so nobody questioned anything and we worked smoothly.

Shot-wise it took longer to work out as it was all dolly and track, but we didn’t have much time. I was trying not to make a lot of cuts and have the camera and actors run the scenes, rather than piece it together from a ton of takes.

I learned that when you have an idea that you can’t contain, just let it out. And if you want to paint an entire room red, just paint the room red.

I studied graphic design at Central St Martins. I’ve designed and collaborated with many clients and companies over the years, brands like Sony, BBC, Nike, and Burberry. I still work in that field as I like to stay busy.

Where did the concept come from for Parlour Games?

I love playing with different styles of dialogue and I’d been playing around with period films. I think I’d watched Barry Lyndon and Rosencrantz and Guildenstern Are Dead a bit too much. I’d also been reading Albert Camus so everything just mixed together.

It was all supposed to be filmed in a location house until two weeks before the shoot. I happened to watch A Charlie Brown Christmas and there’s a scene that made me want to film everything in an entirely red space.

I tend to work really quickly. I write fast and I don’t like spending ages talking about doing something. On many occasions I’ll write something and we will film it a few days later. I look at what I have available and from there write something that I know I can manage.

On my personal projects, I work with a small crew. We’ve made so much together that everyone is used to doing multiple things. It would feel lazy if I only did one thing.

I have a couple of animations coming out for Puma and some commercials for Absolut releasing soon. Oh and I have a short film I made in Palm Springs called Thrusters ON.

I’ve never had a mentor in film and I’ve got no idea how you’d find one. I’ve been lucky to be around a few people that have a huge amount of experience in various fields. I just listen when they talk.

I don’t want to suggest they should experience anything specifically, but if they like it, then they should try to watch my other films.

I don’t know what I’m allowed to say. So I’m not saying anything!

To spend the next five years thinking of how to complete my thirty-year plan.

There’s so many new talented filmmakers, I wouldn’t know where to start.

Big Trouble In Little China. I have zero idea what I learned from it but I do remember the feeling of being a six-year-old in video store and films feeling like something special.

Tell us about how being from the North of England affected your filmmaking. Who are your great Northern film heroes?

The North of England has a lot of the ‘Kitchen Sink’-era of filmmaking in its history. Billy Liar being one of my favourites of that era. There’s a lot of working class drama up North but there’s so much humour attached to it. In the grimmest scenarios, there’s a joke said with a stone face. You have to earn a smile.

Shane Meadows depicts an England I’ve known all my life, and then there’s Ken Loach.

There’s a work ethic and a way that people work within groups. It’s got more of a community feel to it, rather than a hierarchy.