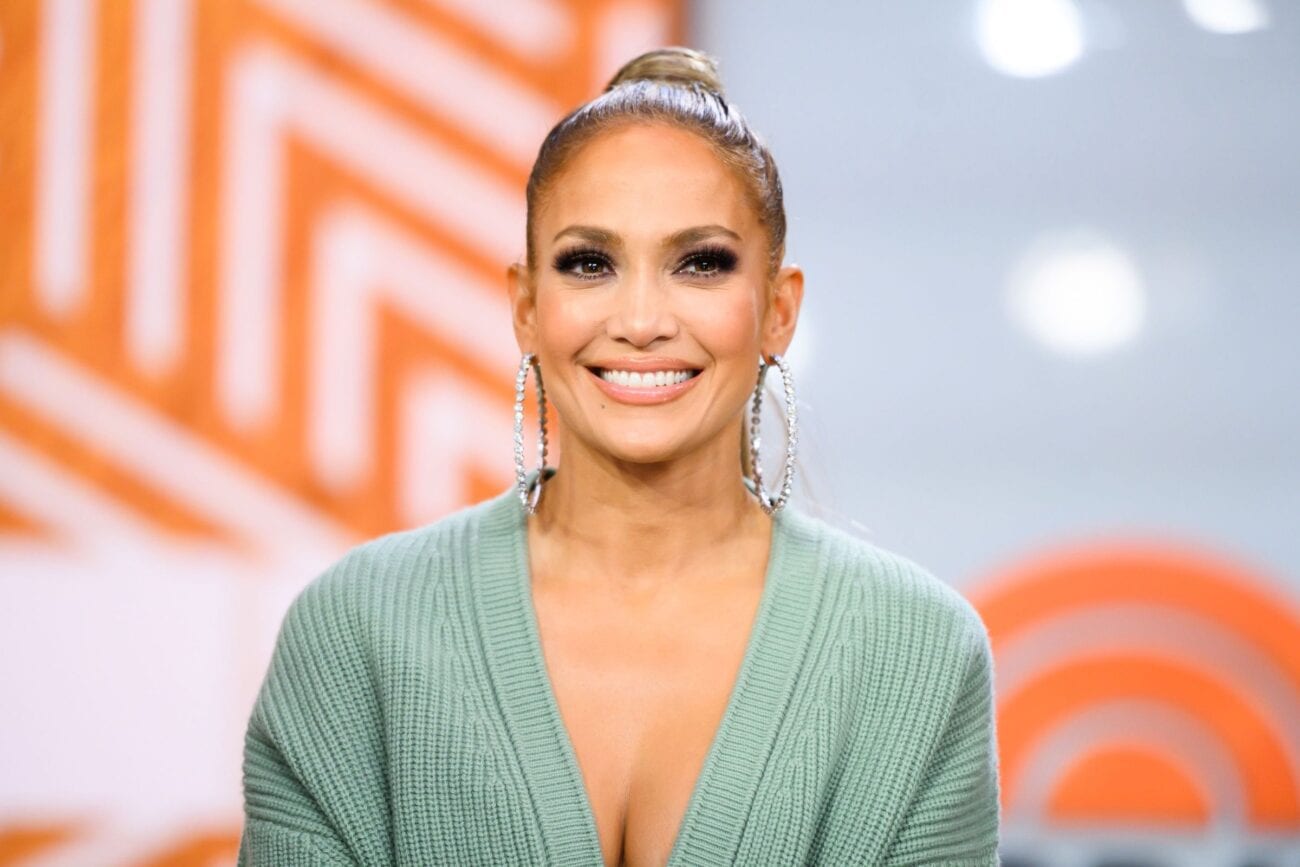 Jennifer Lopez has had one heck of a career. She’s come a long way since she was just Jenny from the block. J-Lo began taking dance classes at the wee age of five and by the time she was finishing up her final year of high school, she was being cast in small roles on screens. She went on to dance & sing her way into becoming one of the biggest pop culture icons of a generation.

The list of Jennifer Lopez’s career accomplishments is exhaustive. The woman, now in her fifties, hasn’t stopped working since she was a teenager. J-Lo is regarded as the most influential Latin entertainer in North America, and in 2017 landed herself the title of the highest-paid Latin actress worldwide. She still holds that title.

Despite this, when folks think of Jennifer Lopez, they often think of her as a singer & dancer first. However, her acting career has been nothing short of prolific. J-Lo has a long list of acting roles on her resume that also contributed to her mega success. Here are some of the most underrated acting moments of J-Lo’s career. 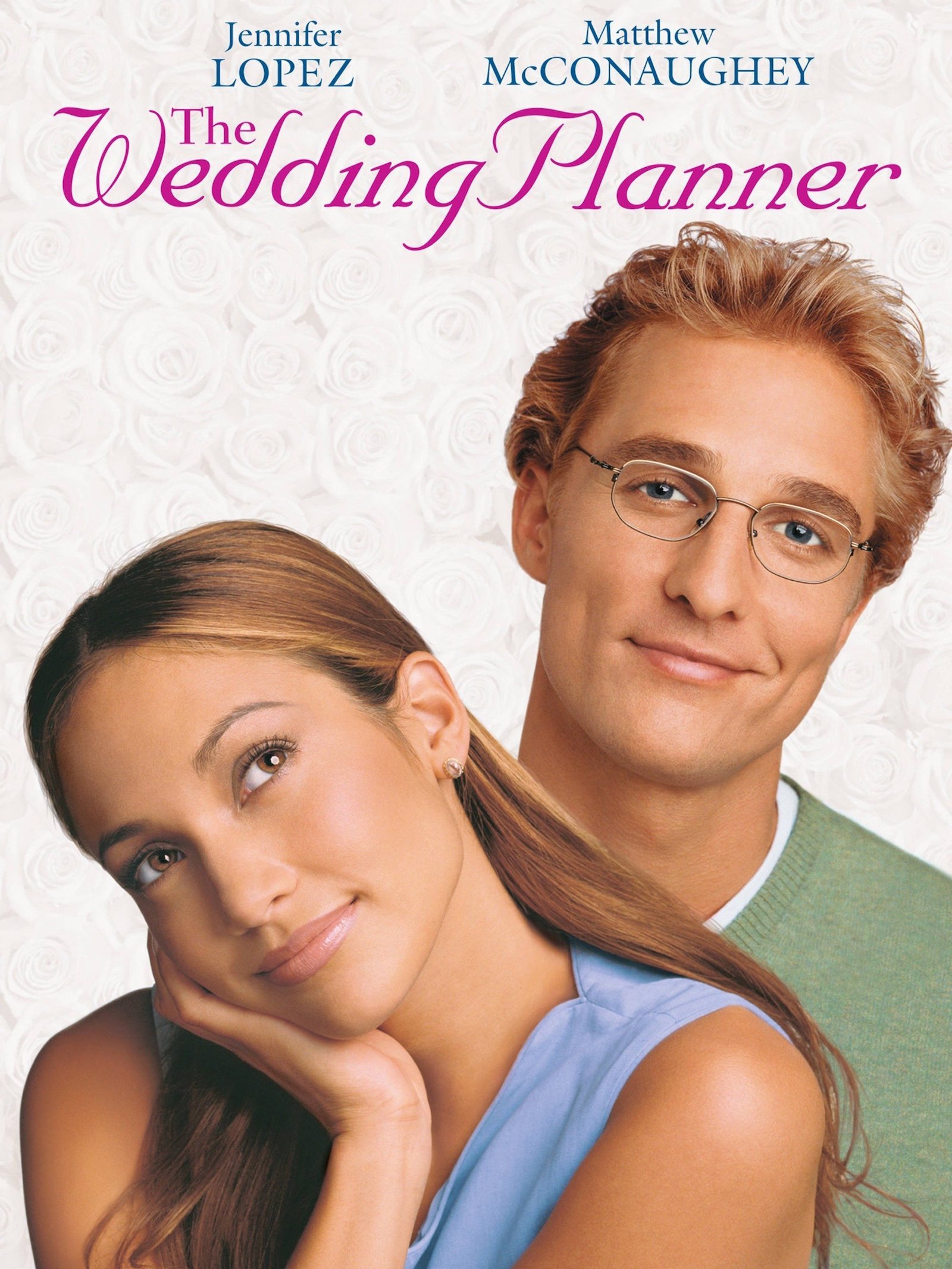 Jennifer Lopez stars alongside Matthew McConaughey in this ridiculously romantic comedy. Mary (Jennifer Lopez) is a wedding planner to the very rich & famous. She has a chance encounter one day with a gorgeous man, Steve (Matthew McConaughey). They watch a movie, share a moment together and then reality descends when Steve turns up in Mary’s professional life.

Mary is planning a wedding for the very important socialite, Fran Donnelly (Bridgette Wilson-Sampras). In a heartbreaking revelation, it turns out that Steve is actually Fran’s fiance. Mary bottles up her feelings, and moves forward planning their wedding.

Mary’s dad tries to set her up with another man, ignorant of her hidden feelings for someone else. Mary resigns herself to that life, knowing that Steve is marrying someone else. Or is he? Steve doesn’t love Fran, not in the same way that he feels for Mary. Will everyone marry the wrong people, or will Mary & Steve get their happily ever after? Tissues are required for this one, folks! 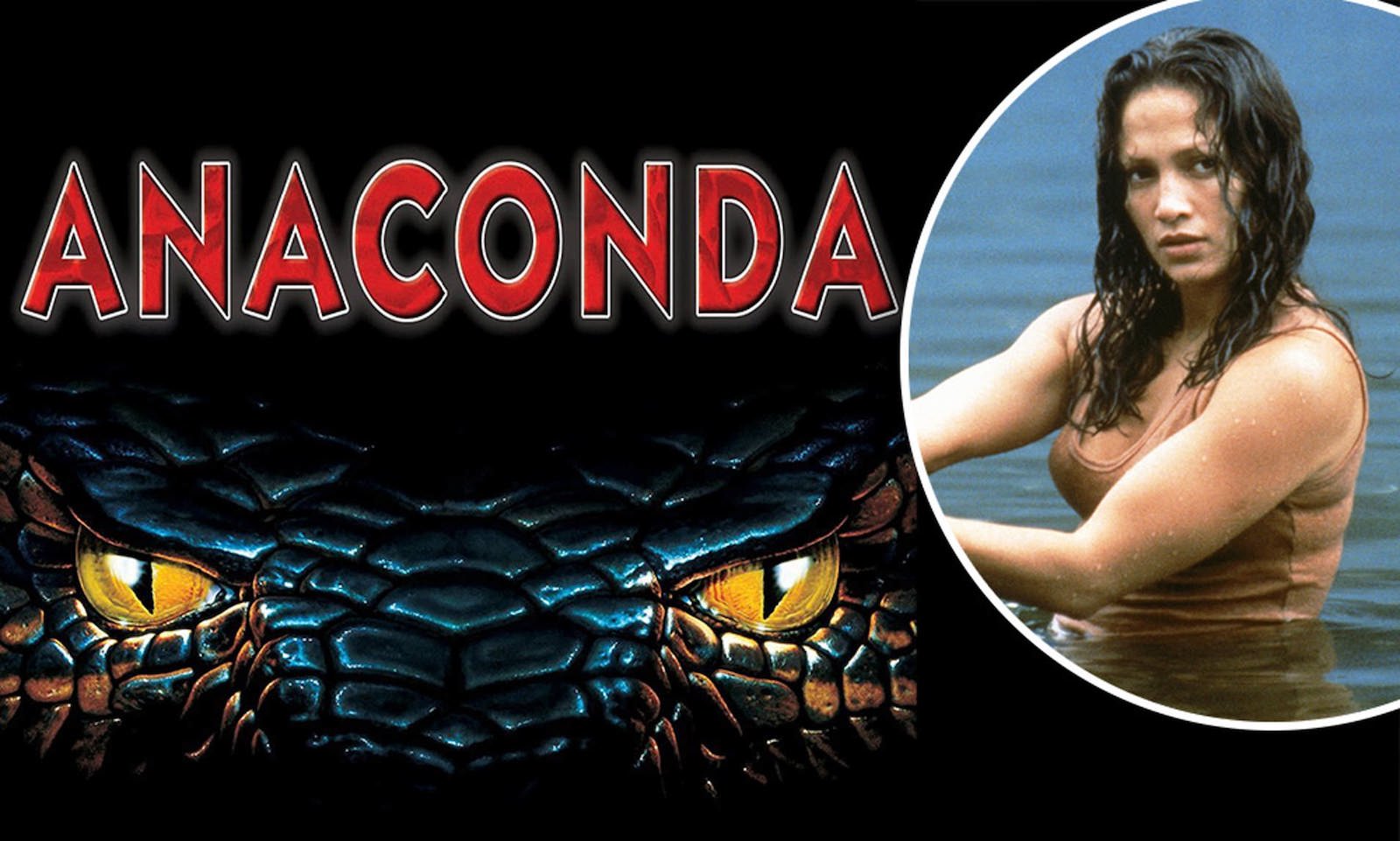 Anaconda was among Jennifer Lopez’s handful of first major roles. It was an important role for Lopez as she starred alongside many big name celebrities including Ice Cube, Danny Trejo, Owen Wilson & Jon Voight.

Terri Flores (Jennifer Lopez) is a filmmaker working on a documentary on a lost tribe of the Amazon jungle. Working their way through the depths of the Amazon jungle, Terri and her crew happen across a man stranded on the riverbank. Upon learning about their filmmakers’ mission, Paul (Jon Voight) offers to help them search for the tribe.

Paul is secretive and untrustworthy, and everyone in the group knows it. In the end, Paul never had any intention of directing the search for the long lost tribe. Instead, he was using the crew and their manpower to search for the world-famous anaconda that lives in the area. If they can catch it, they’ll be rich. Will they be able to catch the anaconda before meeting an untimely fate? You’ll have to watch and see! 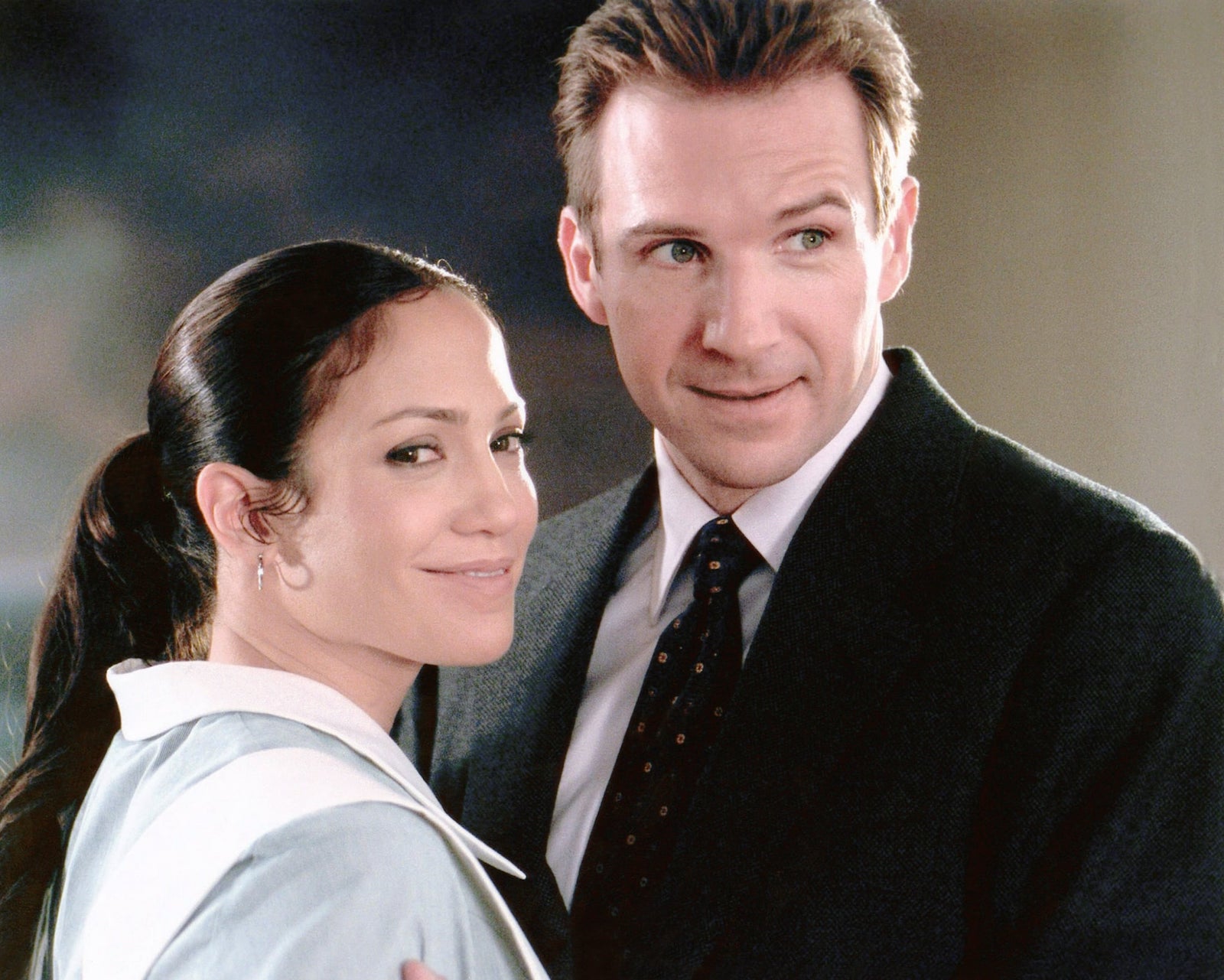 Jennifer Lopez is legendary as Marisa Ventura in this 2002 romantic comedy. Set in New York City, Marisa is a single mother, born and bred for the streets of New York City. She is currently working as a maid in an extremely exclusive New York City hotel. In a case of mistaken identity, Marisa meets the very important Christopher Marshall (Ralph Fiennes).

Christopher Marshall is the heir to a massive political dynasty and mistakes her for a guest staying at the hotel. Marisa does not correct his assumption. Marisa keeps up the guise for a while and the pair begin dating. Something as important as an identity can’t stay hidden for long, however, and it isn’t long before Christopher learns the truth about who Marisa is.

They couldn’t be more different. More importantly, someone of Christopher’s stature couldn’t marry someone like Marisa. But things are always so black & white when it comes to matters of the heart. And so an epic dramatic display of will-they-or-won’t-they ensues. 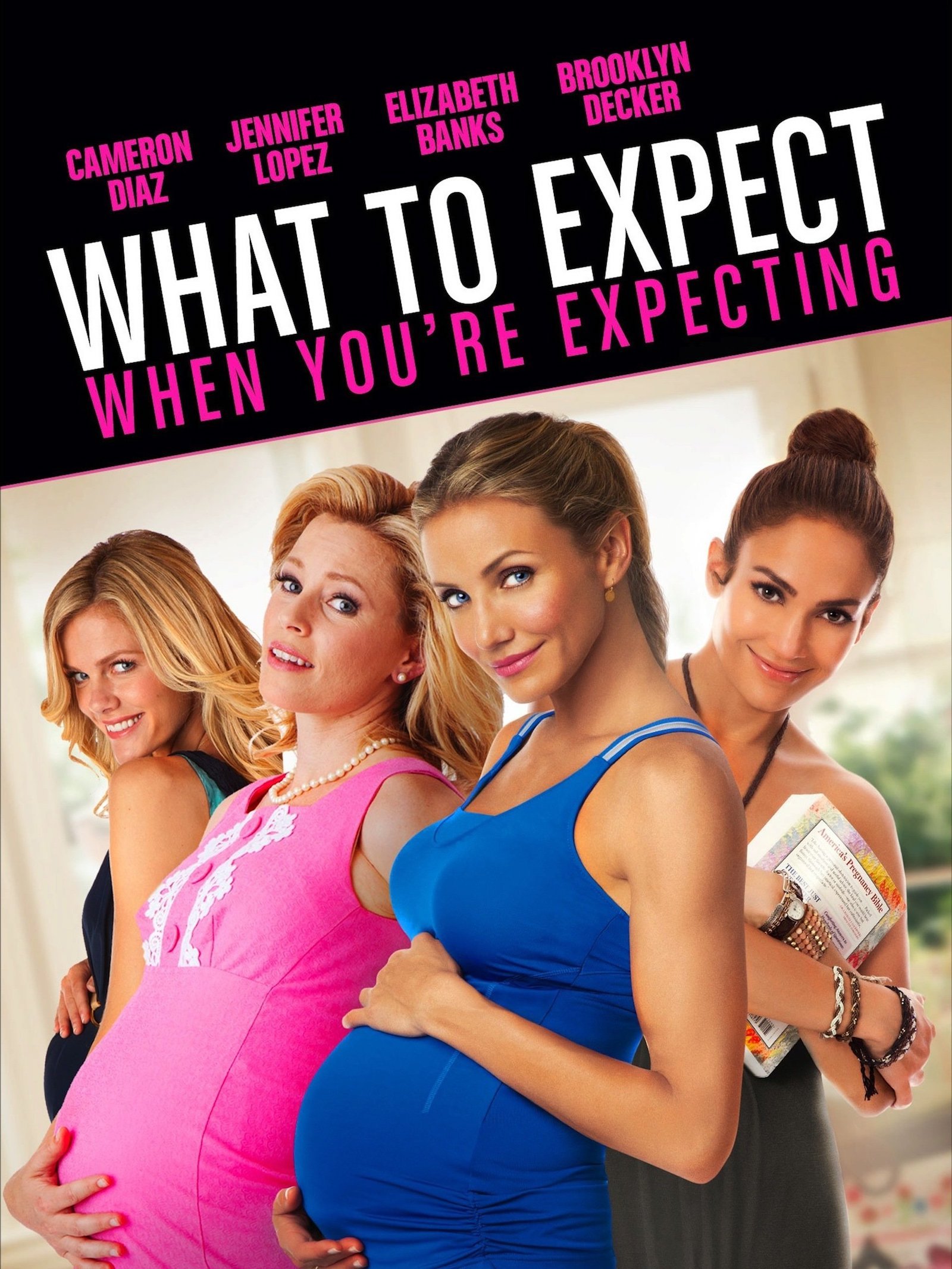 What to Expect When You’re Expecting

Jennifer Lopez joins another all-star cast for this film, based on Heidi Murkoff’s pregnancy guide of the same name. Set in Atlanta, the film follows five couples as their worlds get turned upside down by the challenges of parenthood.

J-Lo plays Holly Castillo. Holly can’t conceive on her own and embarks on adopting a child from Ethiopia with her husband Alex (Rodrigo Santoro). In preparation for the baby, the couple decides to buy a new house, and Holly sends Alex off to spend some time with his friends to blow off some last-minute steam before the responsibilities of parenthood arrive.

Then life blows up. Holly loses her job, and Alex demonstrates just how unprepared for the job of fatherhood he is. Will it all fall apart, or will the couple work out their issues and successfully complete their adoption? Take a look and let us know! 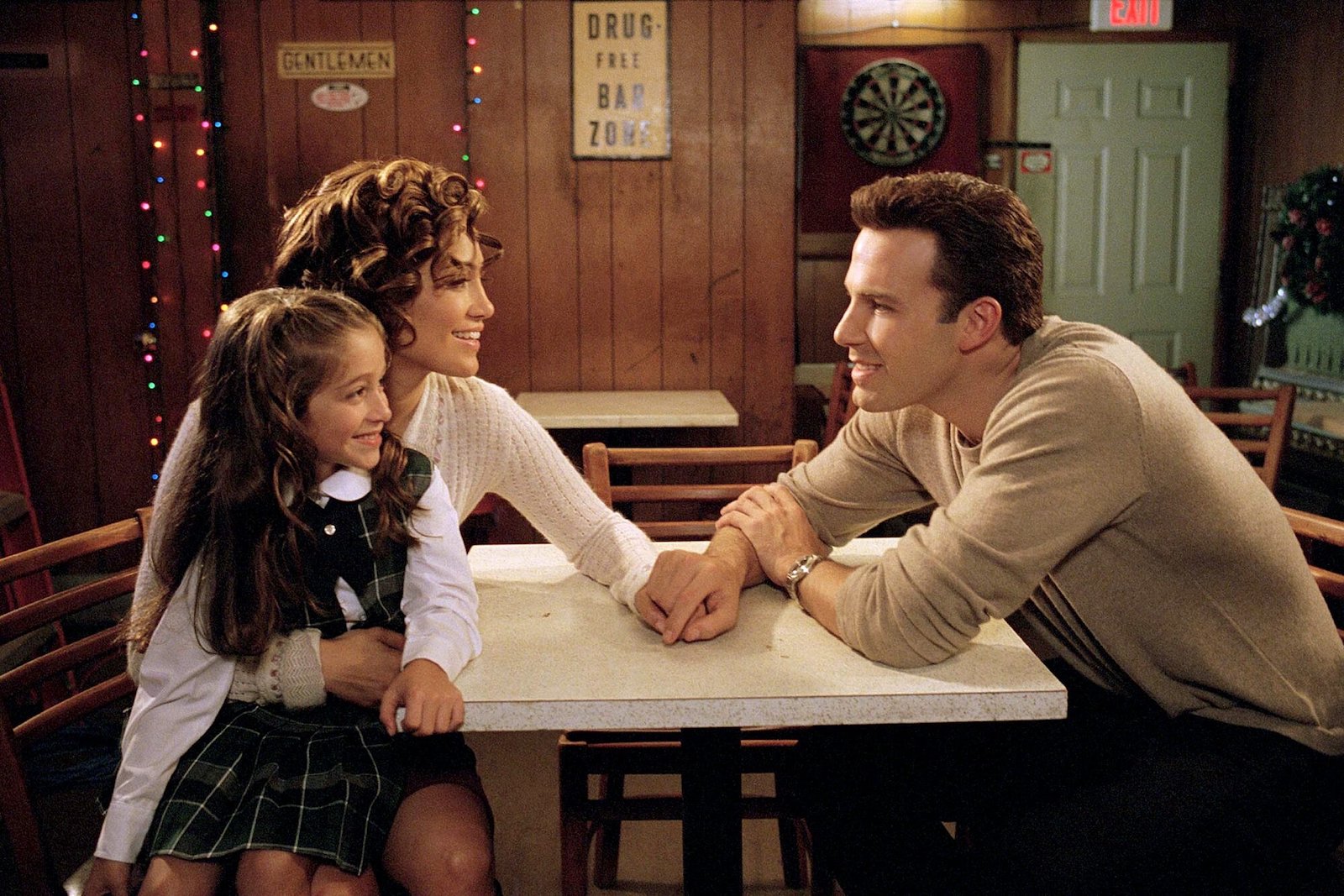 In this smash hit, Jennifer Lopez stars alongside Ben Affleck right around the prime of his career. Ollie (Ben Affleck) is a music promoter, and a good one at that. Considered one of the best in the game, he is excellent at manipulating the press for his own gain. Ollie works too much, but most in his line of work do.

At a Christmas party, Ollie meets Gertrude Steiney (Jennifer Lopez), who is equally successful in her own right. Gertrude works as a book editor for a New York City publishing house. The pair connect immediately and embark on a whirlwind romance. We all know how that goes, though, and the lives of both these individuals are irrevocably changed from the minute they meet each other.

Did we leave anything out? Shine a light on some of J-Lo’s other underrated projects in the comments section!