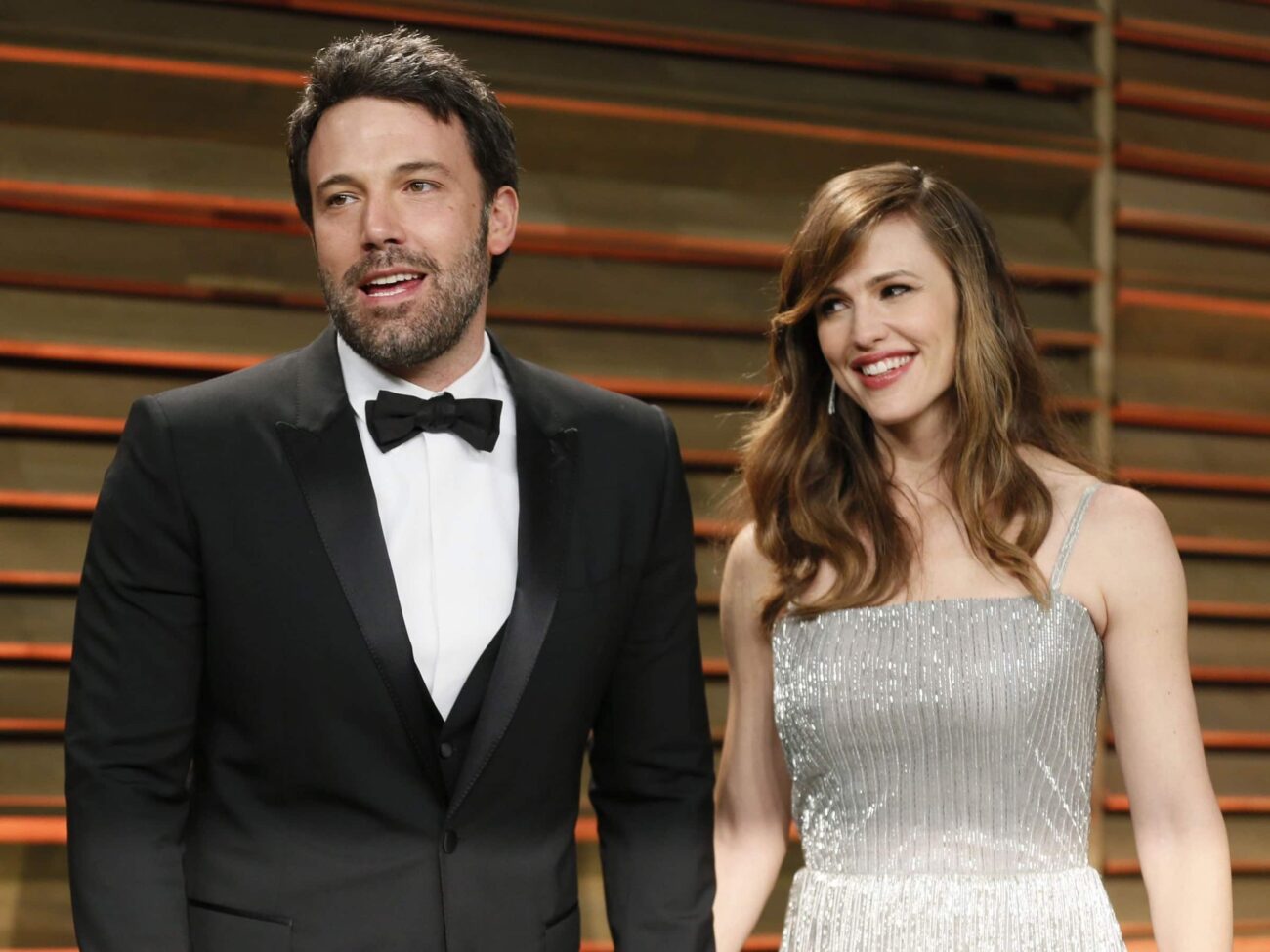 Are Jennifer Garner and Ben Affleck getting back together? 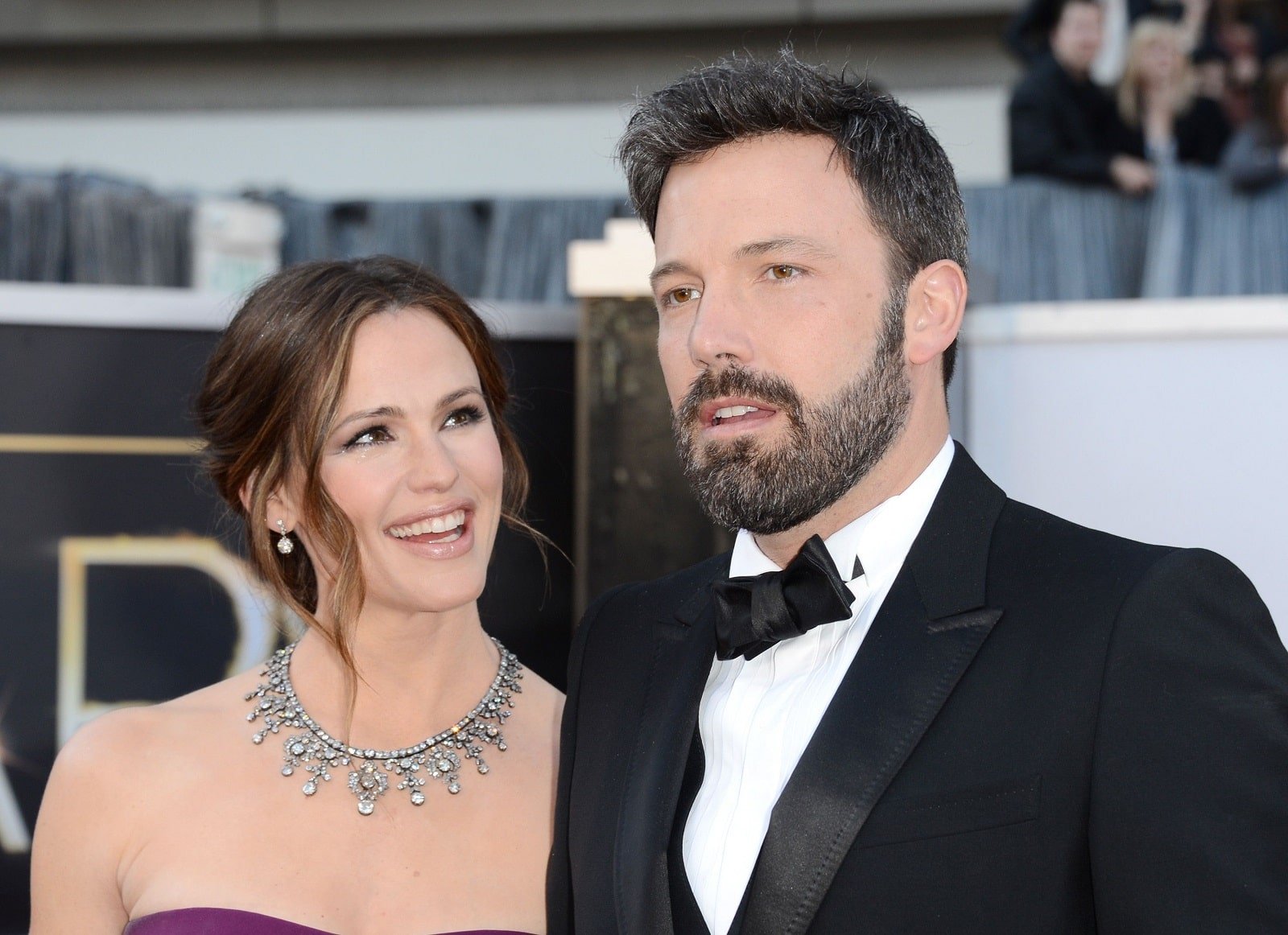 It’s been a minute since Ben Affleck & Jennifer Garner were an actual couple, so let’s engage in a Bennifer 2.0 crash course. The two actors met on the set of 2001’s Pearl Harbor (how romantic is that?) and developed a friendship that carried over to their next collaboration: 2003’s Daredevil (the DD everyone hates, not the Netflix show).

At the time, Ben Affleck was involved with Jennifer Lopez (you know who J-Lo is) and Jennifer Garner was married to Scott Foley (you’ve probably seen him in something . . . he was Ben in Felicity!). Foley was the first casualty in the quartet, getting dropped shortly after Affleck & Garner reunited in Daredevil. Foley told Entertainment Weekly the split wasn’t due to infidelity, it’s just that “People get divorced, you know?”

Meanwhile, Affleck & J-Lo got engaged. And then they got un-engaged. Shortly after, Ben Affleck & Jennifer Garner were seen together acting all lovey-dovey. By April 2005, they were engaged and a few months later they were married. Over the next ten years, they had three kids and seemed like they were quite a happy couple. 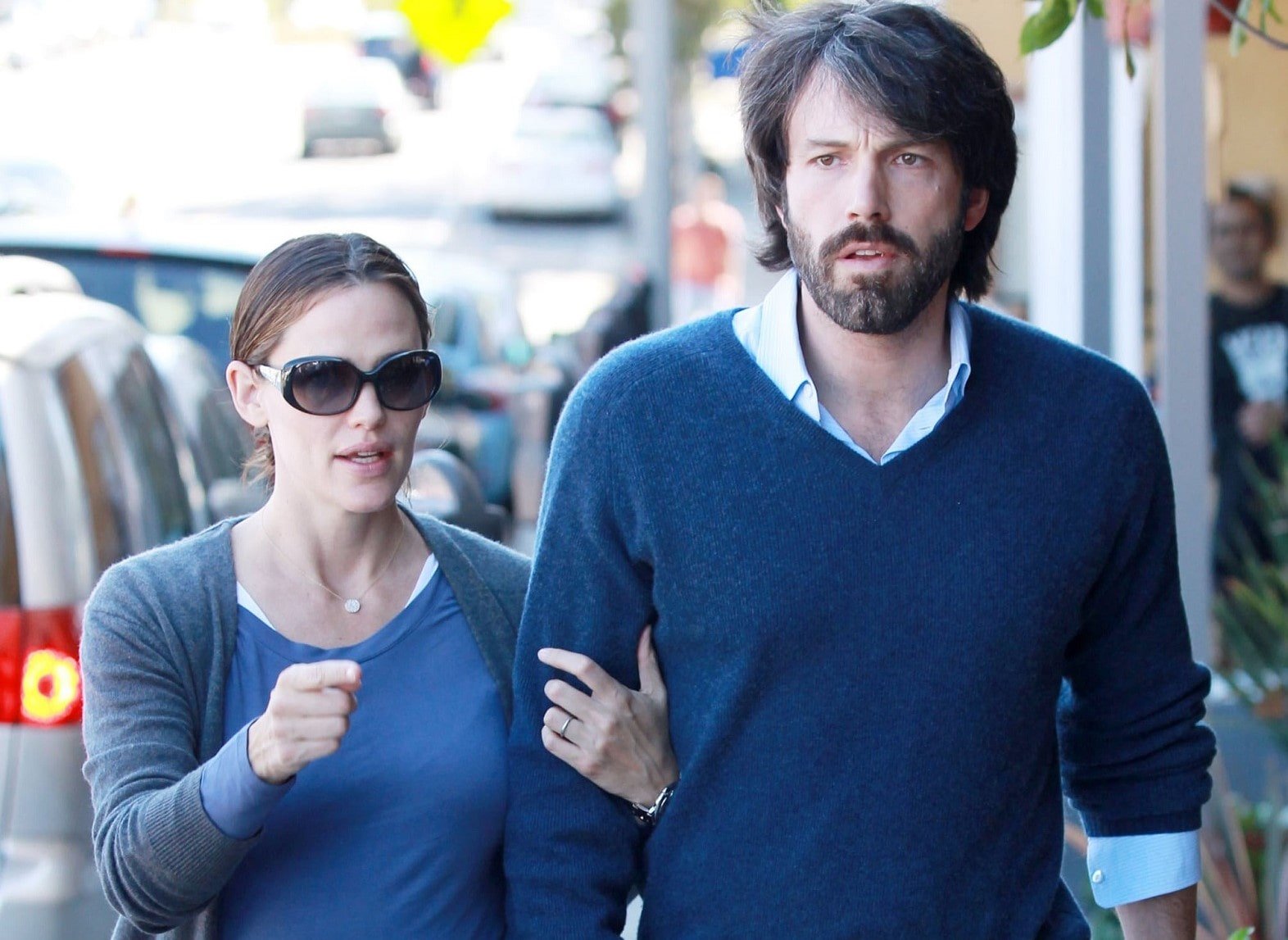 For a decade, Ben Affleck & Jennifer Garner’s marriage withstood the challenges every celebrity couple faces: paparazzi everywhere, absolute lack of privacy, constant speculation about their relationship. Then Affleck was reported as being in a relationship with the family’s nanny (come on, Ben, wtf?) and taking said nanny on a romantic trip to Vegas. Classy.

A month later, Ben Affleck & Jennifer Garner announced they were getting divorced. In an interview with Vanity Fair, Garner revealed the couple had actually been separated for months before the story about the nanny came up: “She had nothing to do with our decision to divorce. She was not part of the equation. Bad judgment? Yes. It’s not great for your kids for (a nanny) to disappear from their lives.”

For his part, Ben Affleck has called his divorce from Jennifer Garner his “biggest regret”. In the years since, the actor has opened up about his alcohol addiction and how it played a role in his marriage’s end. Affleck’s struggles with alcoholism have been public for several years now and, while he certainly seems to be in a much better place now, it’s easy to see how those demons still haunt him. 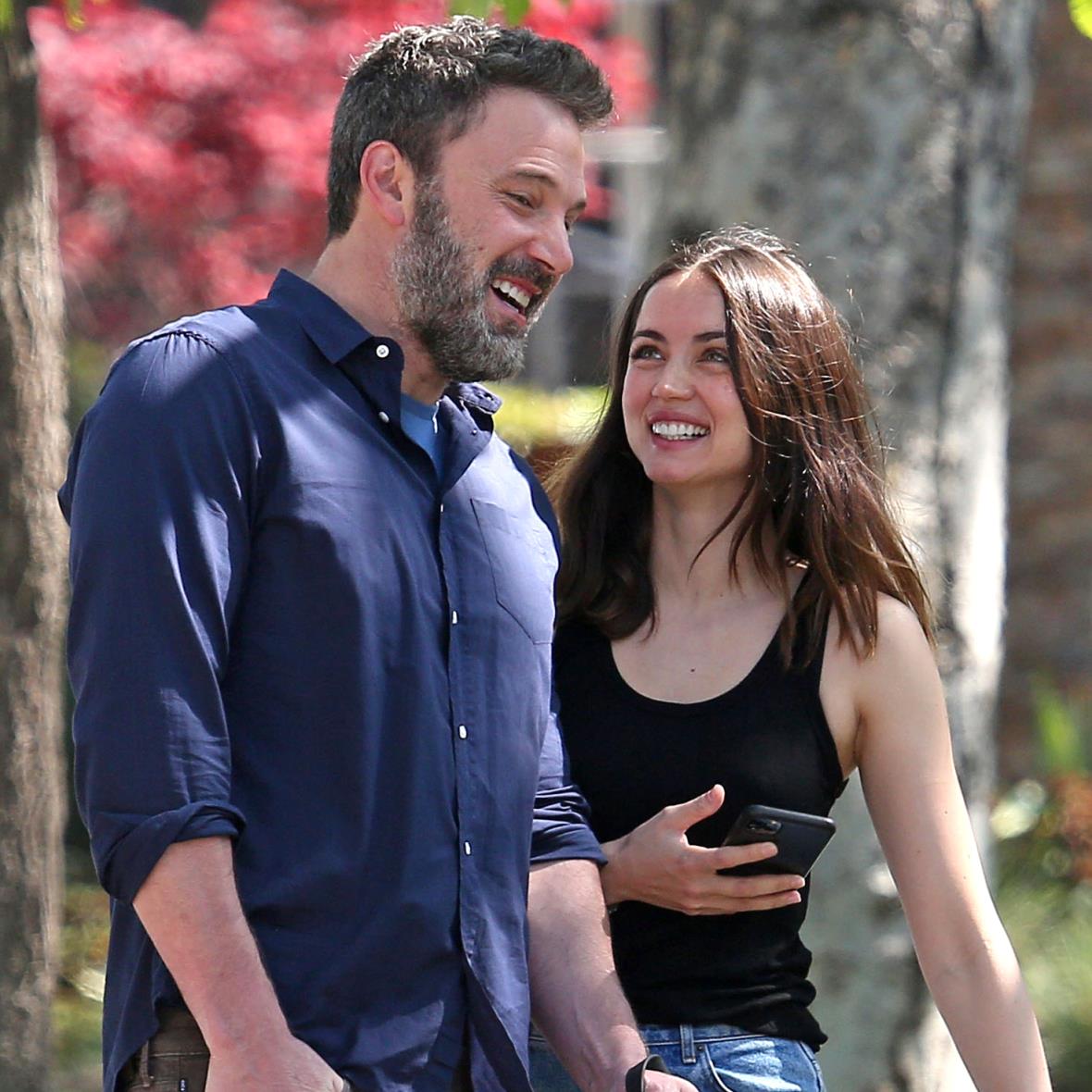 Bennifer (2.0) rises to the occasion

Ben Affleck & Jennifer Garner’s relationship has remained amicable since their divorce. The ex-couple have three children to co-parent, after all. They’ve also been openly supportive of each other’s new romantic ventures since the split. Last year, while most of us were fretting about running out of toilet paper, Ben Affleck started dating Ana de Armas and Jennifer Garner was super cool with it.

Showbiz Cheatsheet quoted an unnamed source familiar with Ben Affleck & Jennifer Garner’s relationship as saying: “Jen has completely moved on from Ben in a romantic sense. She considers him a friend, thinks he’s a good dad to their children and respects him. She is happy in her own life . . . and happy for him and his relationship.”

Jennifer Garner certainly seemed to have moved on from Ben Affleck by 2018. A few months after their divorce was finalized, Garner started dating John Miller (don’t waste time on IMDB, the dude’s a businessman). Even though, reportedly, Garner credited Miller with bringing her “back to life”, the relationship ended last year. Sources told Us Miller was ready for marriage and Garner just didn’t see it happening. 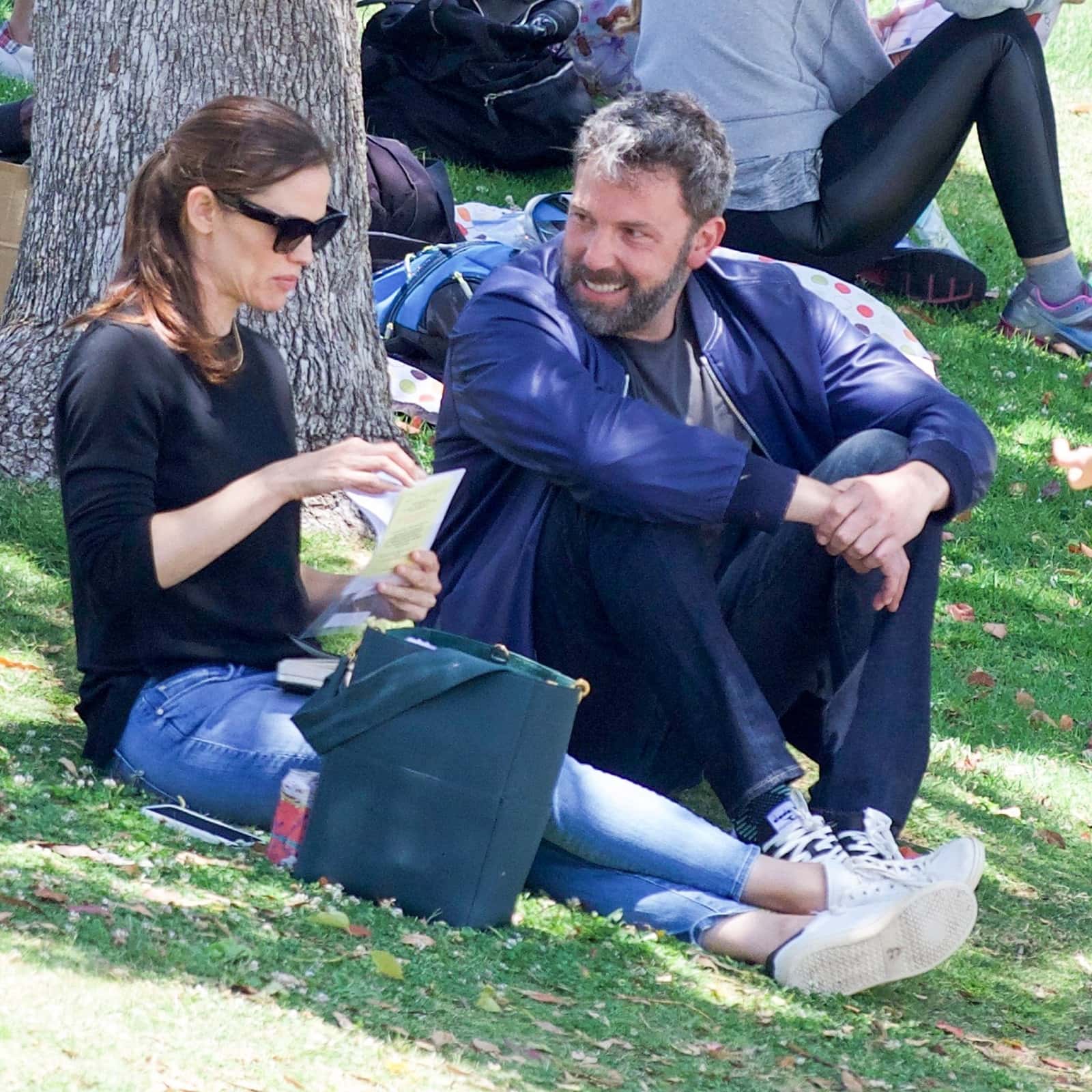 You know what happens when a beloved former couple suddenly has an open road to reconciliation: rumors of a romantic reunion run rampant. Such is the case with Ben Affleck & Jennifer Garner as 2021 starts gaining steam. Last month, Affleck and Ana de Armas called it quits. Anaffleck has ceased to exist, which means both Ben Affleck & Jennifer Garner are single at the same time again.

While details about the Anaffleck break-up are scarce, reports indicate the split was friendly and mainly to do with the two actors being “in different points in their lives.” Jennifer Garner had been supportive of the relationship while it was going on (Ana de Armas even met and seemed to love Ben Affleck & Jennifer Garner’s children), but now Garner is just concerned with supporting her ex-husband’s decisions.

A source close to the couple told ET: “Ben is happy, healthy and doing great since his breakup with Ana. Ben’s friends and Jen Garner are supportive of him moving on. Those close to Ben thought the relationship wasn’t working for either of them anymore.” And so we have Ben Affleck, single, and Jennifer Garner, single, with almost all of 2021 ahead of them. Could they rekindle their romance? Anything is possible. 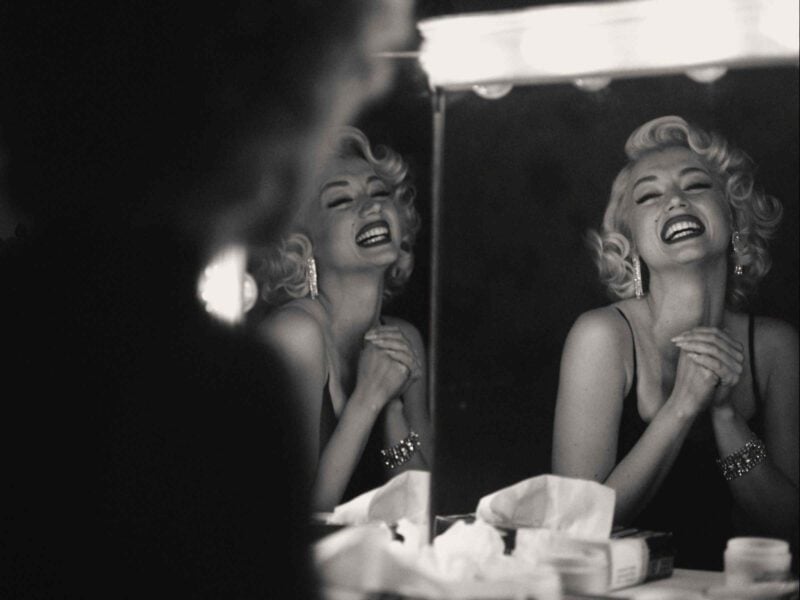