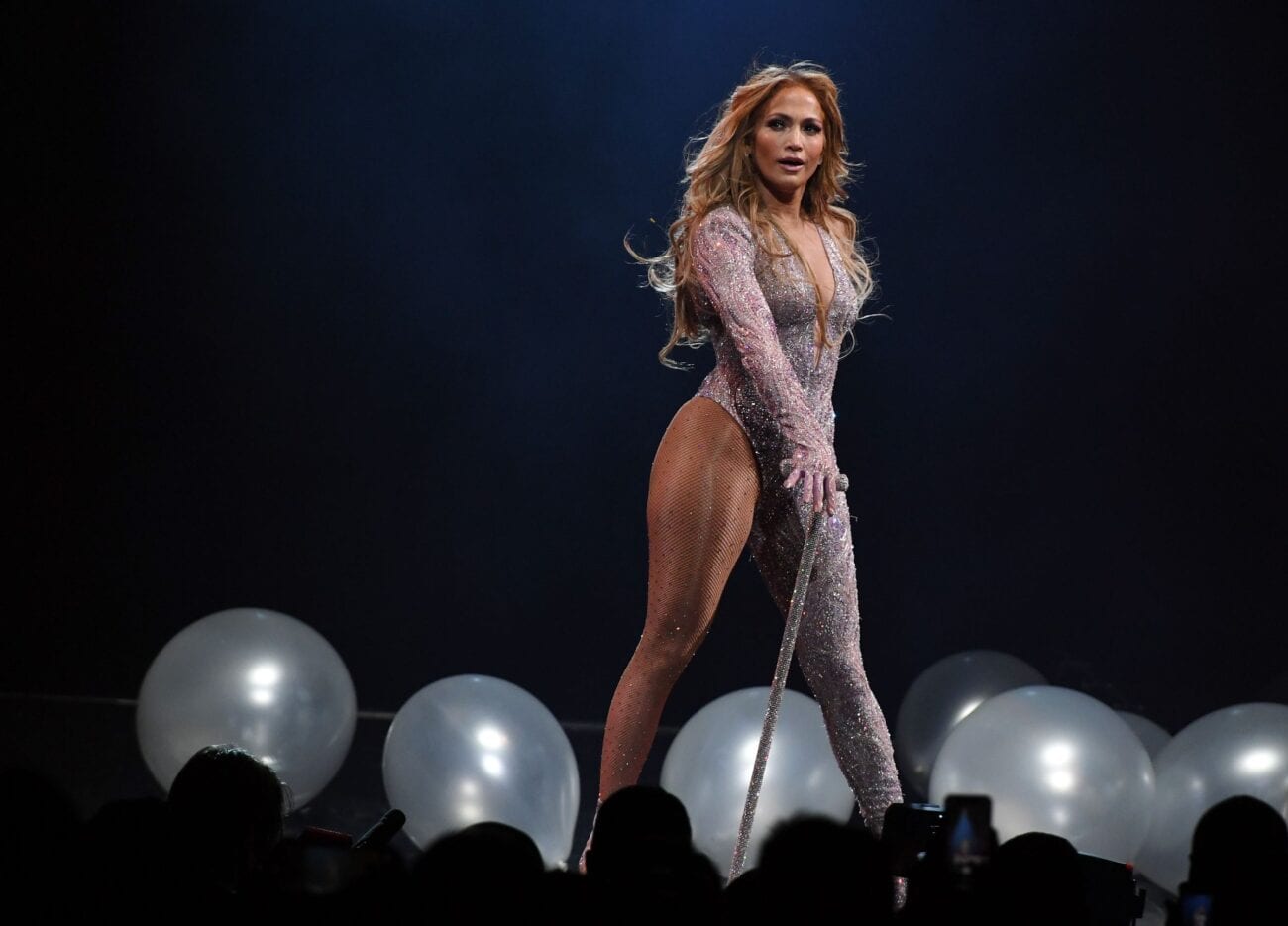 Jennifer Lopez bares it all on Instagram to promote new single

As the old saying goes: if you’ve got it, flaunt it. Singer-actress Jennifer Lopez set pulses racing when she posted an all-nude photo on her Instagram.

In the picture, JLo can be seen posing naked against a stark black background. The 51-year-old stands on the side with a hand on her knee, striking a clever pose wearing nothing but a sparkling rock on her ring finger. Not to mention, her impressive muscular build paired with an au naturel make-up look is a marvelous sight to behold. 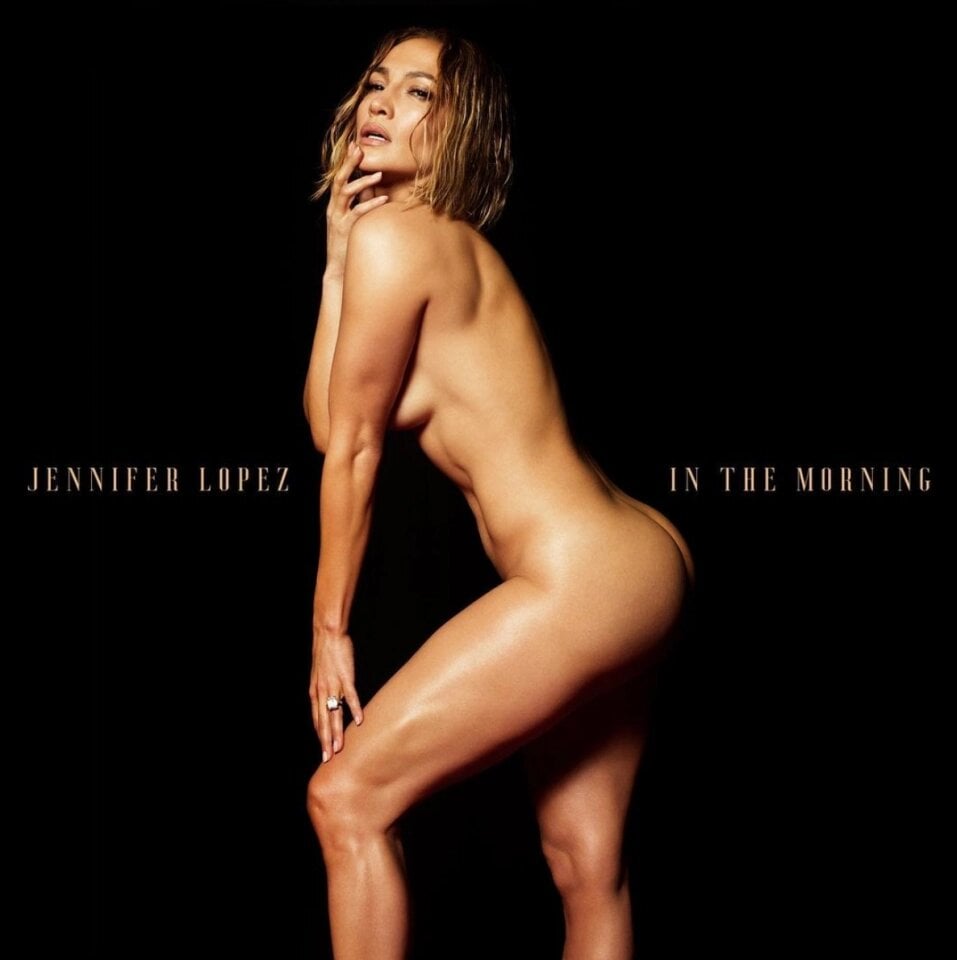 Why did JLo bare it all?

Fans first speculated the bold shots were promotional pictures for JLo’s new beauty & skincare line, but JLo quelled the rumors with the caption of her next post.

Instead of advertising a new product, the nude pictures will serve as the artwork for JLo’ new single “In The Morning”. JLo posted the internet-breaking cover art to tease her new single ahead of its release. “Surprise! Here’s the official cover art for #InTheMorning Single drops Friday,” she captioned the promo shots. The photos were taken by photographer Mert Alas.

JLo’s jaw-dropping promo shots came days after she stunned fans with an edgy new hairstyle at the American Music Awards. The singer took to the stage to perform a melody of her songs “Pa Ti” & “Lonely” with Colombian singer Maluma. JLo set the 2020 AMA stage on fire with her smooth vocals and on-point choreography, dressed in a sheer black ensemble. 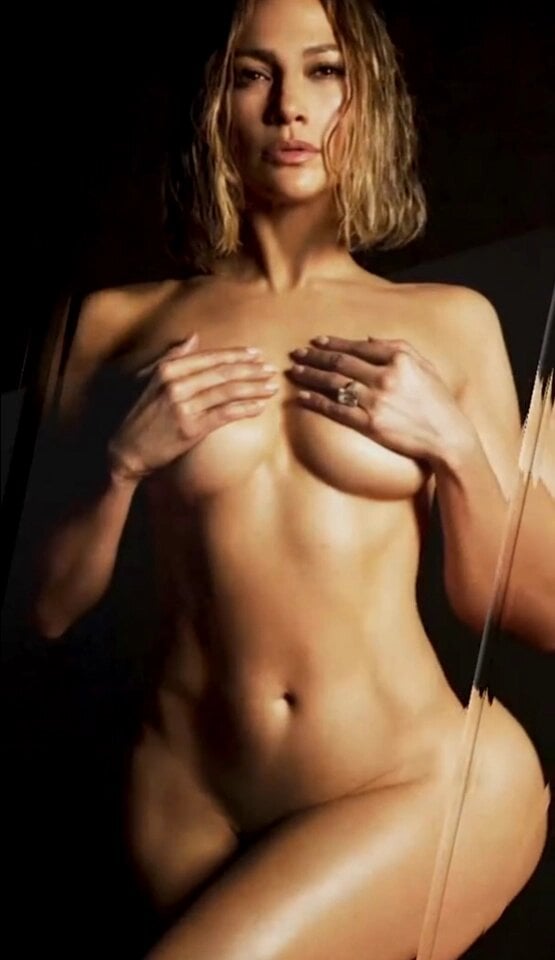 How did the internet react?

JLo stirred up a storm on the internet when the songstress treated her more than 133 million Instagram followers to the sizzling photoshoot of her new single. The post racked up millions of likes and thousands of comments in a matter of hours. Needless to say, people had a lot of opinions about the risqué post.

Fans appreciated the singer’s toned curvy figure, flooding the comment section with fire emojis. One user even dubbed her the “hottest woman in the world”, others called her “queen” & “iconic”. Many including UK singer Rita Ora proclaimed JLo a “legend”. Another user summed up our sentiment when they added, “ummm can I be her when I grow up.”

While some could not stop singing praises of the nude photoshoot, others slammed the singer for not keeping it classy. One user commented, “No no no don’t be a Kim kardashian. Keep it classy Jlo”. Ulrika Jonsson, a British TV presenter, called out the singer for setting unrealistic body image standards and causing damage to women’s confidence. 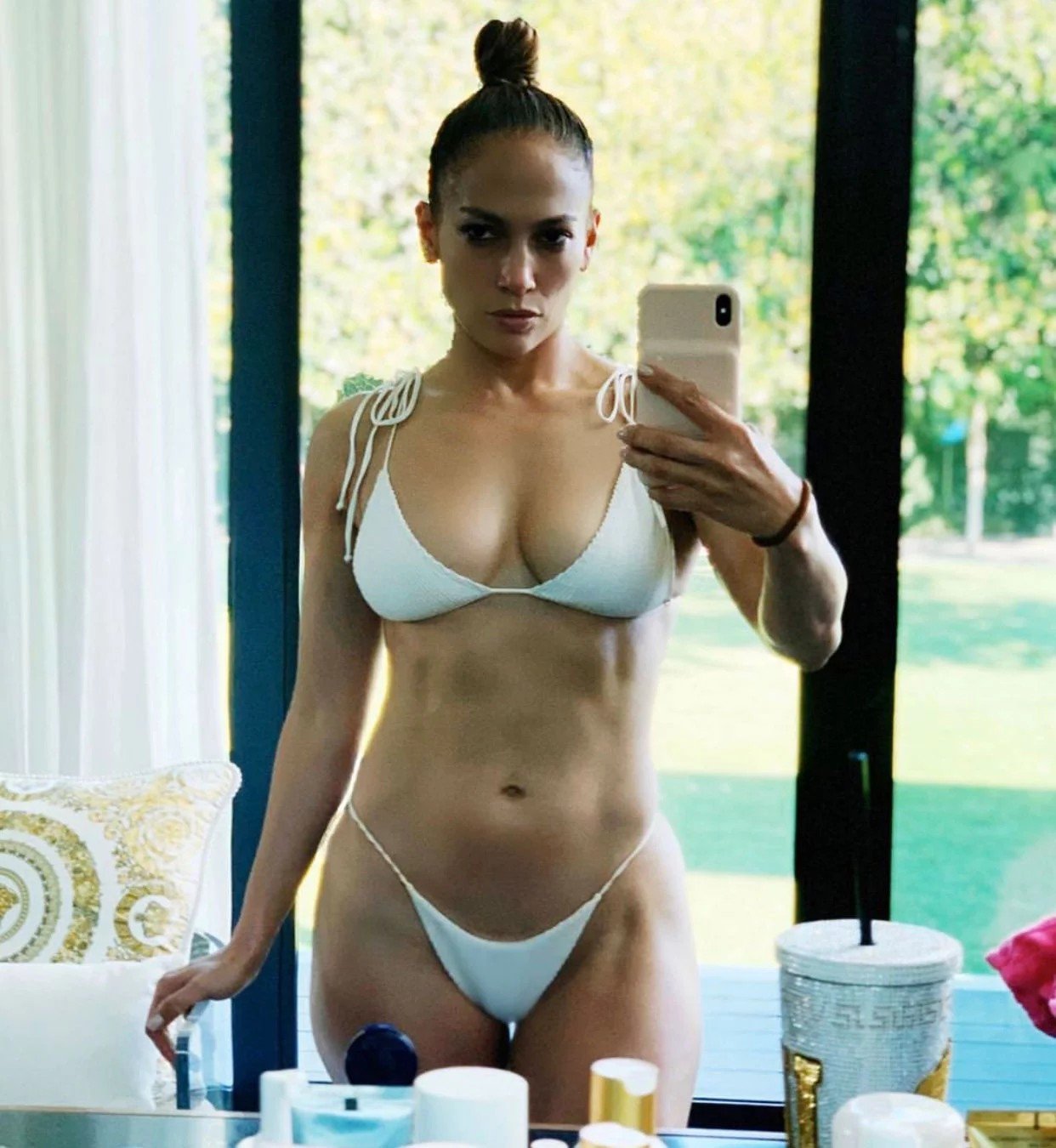 The post ignited a mixed bag of reactions with some praising JLo for defying her age and some deeming her unclassy. But posting sizzling snaps on social media is nothing new for the popstar. JLo is known for stunning her followers with sexy pics that show off her impeccable figure.

Back in February, the singer unknowingly started a body-positive challenge. The Jenny from the Block songmaker’s white bikini selfie urged moms across social media to strip down and embrace their bodies. Maria Kang, No Excuse Moms founder, followed the singer’s lead and posted a similar photo of herself, thus sparking the #JLoChallenge.

Women from all around the world regardless of their age or size participated in the challenge and shared their stories of body confidence. When the JLo learned about the movement, she shared the Daily Mail article on her social media and wrote “Keep growing, keep pushing”. She completed the caption with hashtags “self-love”, “self-care”, & “inspire women” furthering the movement. 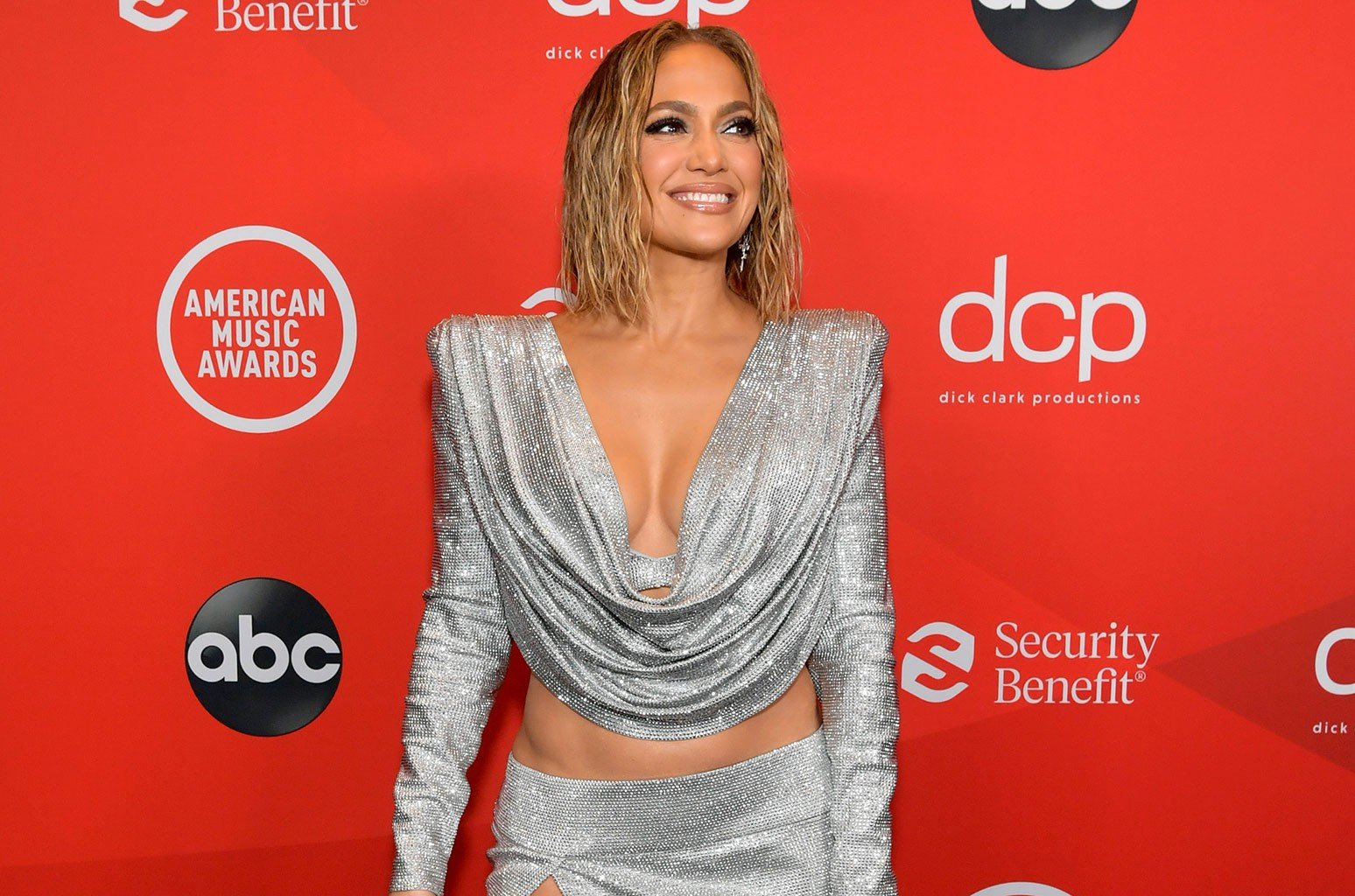 Lopez has had her own struggle with body positivity. In 2016, during an interview with HELLO!, JLo admitted her insecurities and opened up about her struggle with her body image.

“It’s hard to avoid comparing yourself to others, and I’ve definitely been guilty of it myself,” explained the Hustlers star. “I remember thinking I wasn’t thin enough because I had curves. But I’ve learned that being healthy and feeling great aren’t about having one specific body type; it’s a completely individual thing.” 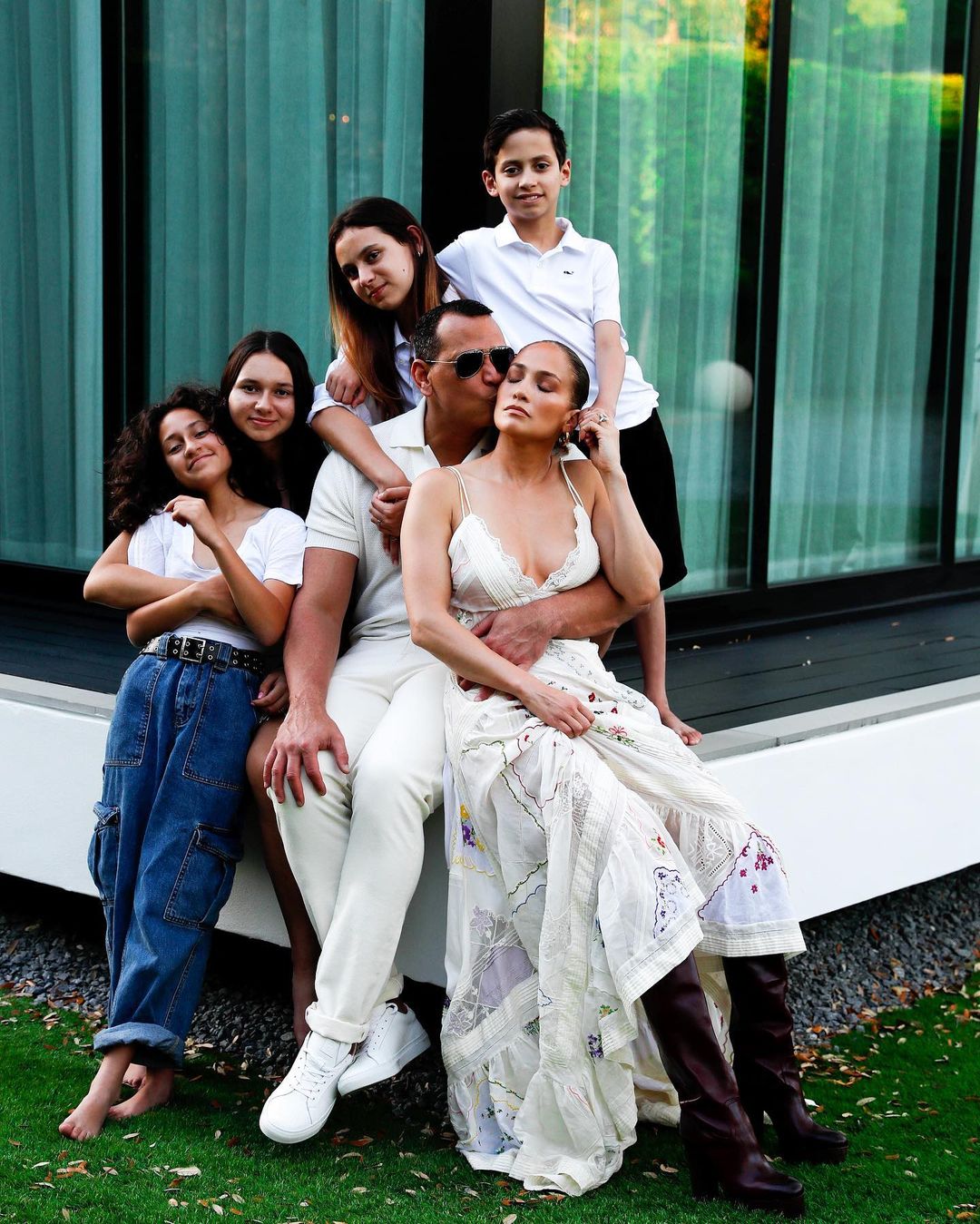 JLo commemorated the release of her new single by hosting a virtual dance party. And we must say: her latest single is just as captivating as the cover art. JLo is also set to drop her new skincare line in 2021.