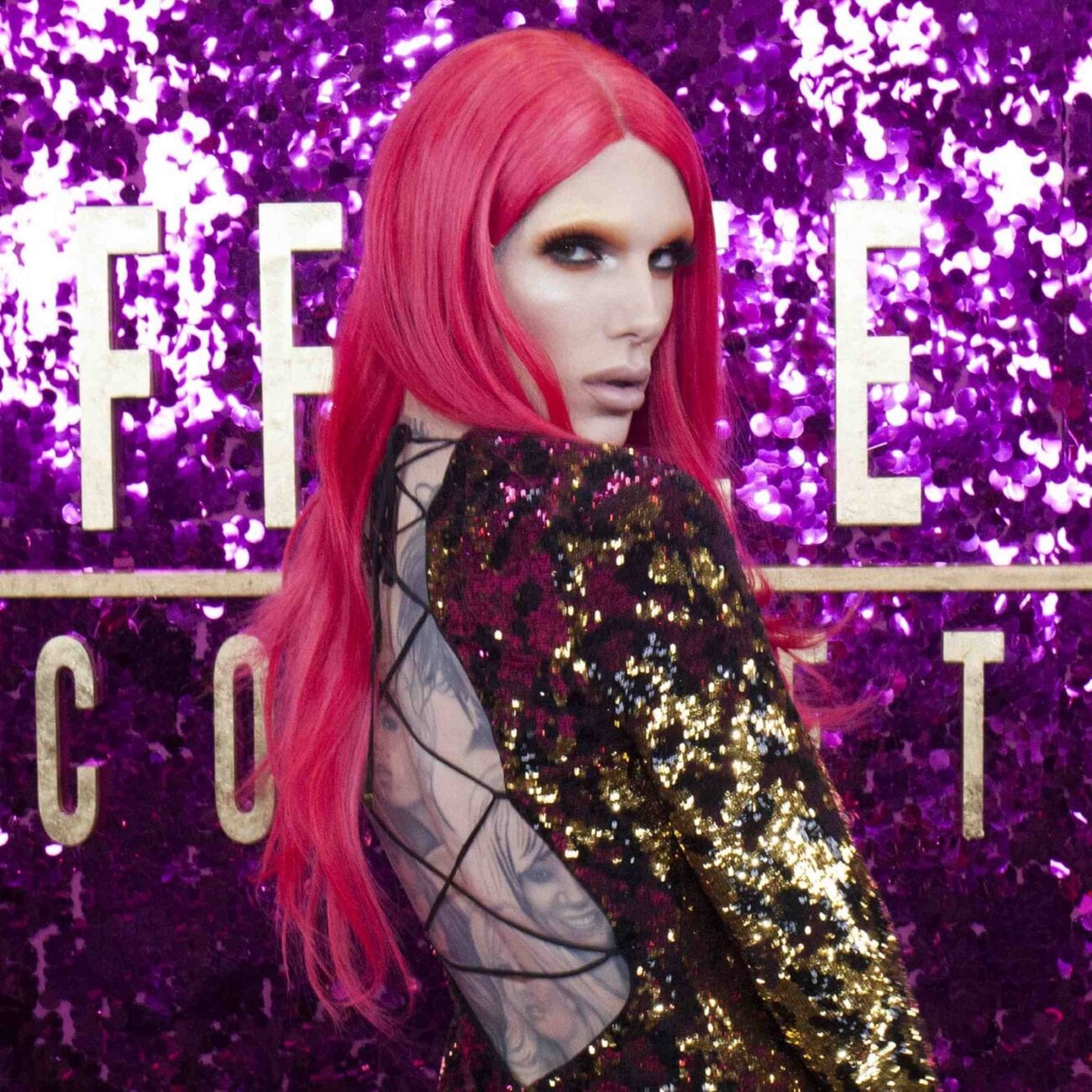 Following the drama that’s 2020, we want to enjoy Gothtober in peace, but it looks like that’s not going to happen seeing as YouTuber Jeffree Star is attempting to explain the latest Twitter scandal. Star took to YouTube to discuss recent accusations and the breakdown of his relationship with pro basketball player Andre Marhold.

It appears Twitter users are out for blood and makeup mogul Jeffree Star has no choice but to address the latest drama. Here’s the latest from his tell-all YouTube confession video. 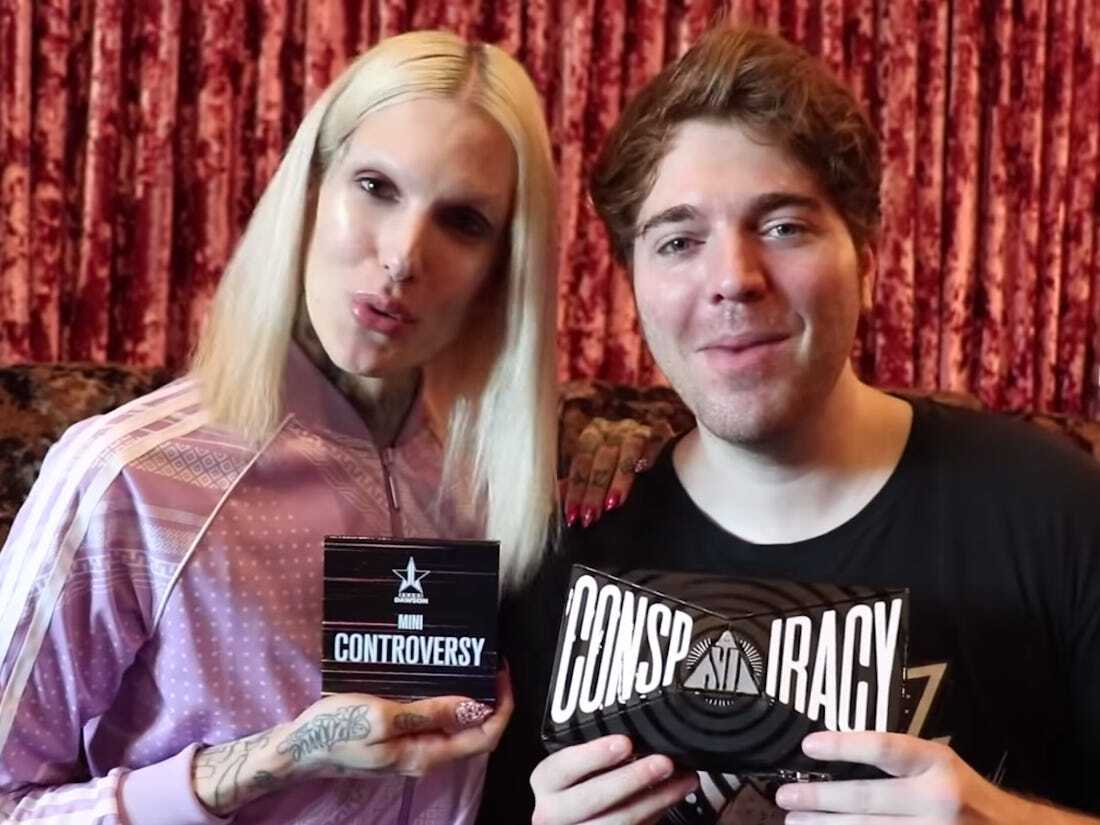 Dramageddon is a term often used to describe the YouTube drama that’s hit social media over the last year. Controversial entrepreneur Jeffree Star has been the epicenter of Dramageddon with recent allegations all over Twitter. Friend & collaborator Shane Dawson has also seen his fair share of drama, causing him to take time off social media. Star has done the opposite and is letting us know he’s back and ready for action.

Jeffree Star only went into hiding for just under a month before making a stereotypically explosive return with new beau Andre Marhold. Star’s never been known to stay quiet for long, and the latest drama doesn’t seem to be slowing the business owner down. However, things took a drastic turn when the YouTuber announced that the pair had parted ways after Marhold allegedly stole Star’s property.

Five people told me they personally witnessed Jeffree using either a taser or that same close-range stun gun tasing device on someone — either randomly, like at Warped Tour, or on a man who rejected Jeffree's romantic advances.

Accusations began flooding the Twittersphere when Jeffree Star was accused of assaulting fans during the early 2000s. This caused a surge in fans urging others to cancel the controversial creator once and for all. Jeffree didn’t take the allegations lying down and has since come forward with a life update video. 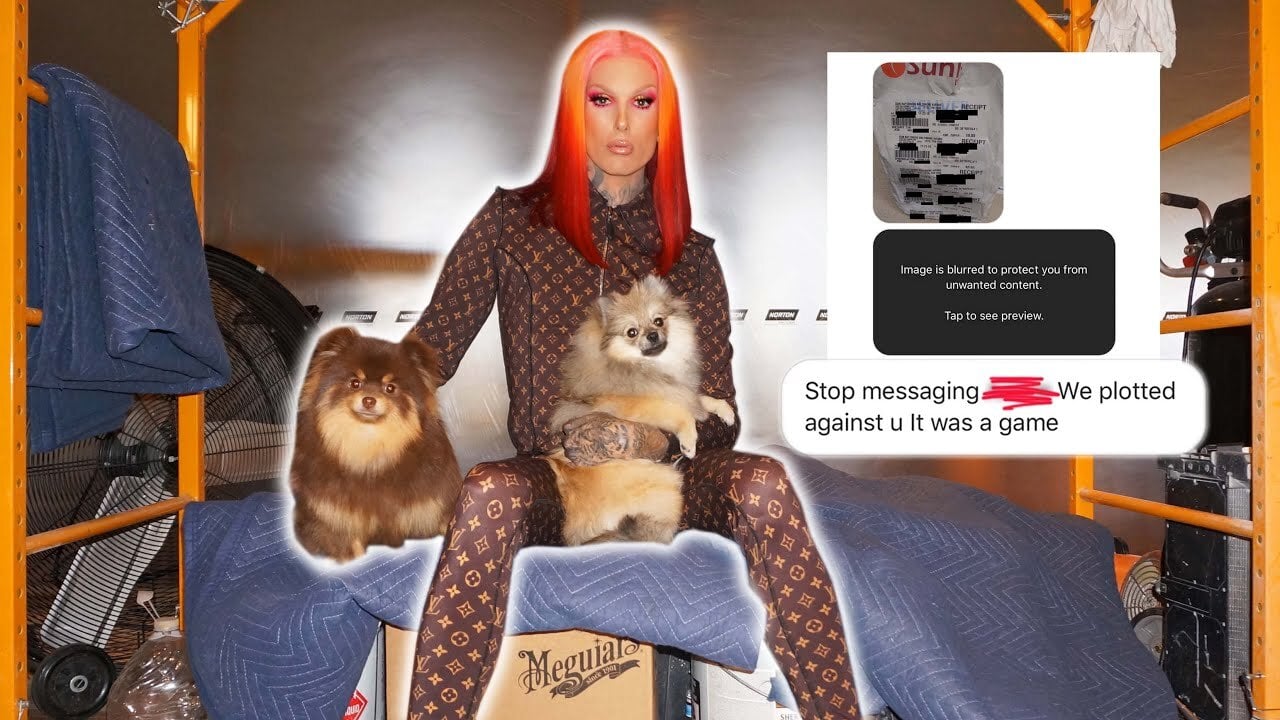 Jeffree Star released a 24-minute video with the title “I’m NEVER Dating Again . . .We Need To Talk.” In a self-proclaimed life update video, Star begins by discussing the fake Instagram account which claimed to be ex-boyfriend Andre Marhold’s finsta. “The last few months have been really crazy for me.” He’s not wrong; Star has had a crazy 2020.

Star discussed the failed relationship, but downplayed it by saying that they were “hanging out.” Could things have been that casual between Marhold & Star?

Without discussing the alleged robbery, Star disclosed what’s happening about the fake Instagram accounts and the rumors surrounding him having AIDS. The controversial creator began by denying the claims and went as far as to discuss the prosecution against the person behind those accounts. It turns out that Jeffree Star has found the person that created the finsta and is seeking legal action. 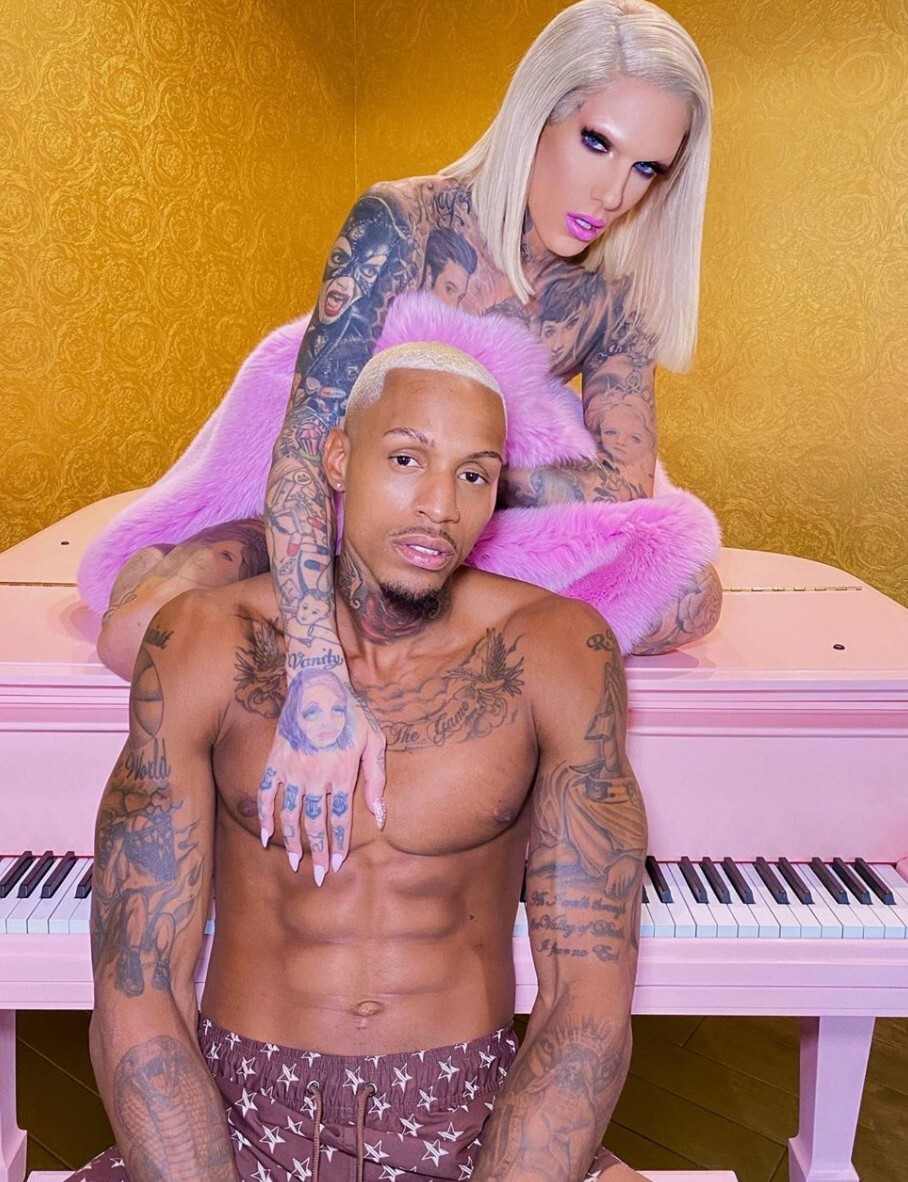 That’s the last we’ll hear of the Marhold drama in this video because Star goes on to discuss his beloved Pomeranian pack. According to the mogul, Diva has been diagnosed with apocrine gland adenocarcinoma – a form of cancer. Last year, Star had to say goodbye to dogs Diamond & Daddy after tragedy hit their home. Dog Diva has had successful surgery, but still has cancer bacteria looming, so he’s not in the clear just yet.

Six years ago, Jeffree Star started his very successful company Jeffree Star Cosmetics, and claims the reason for the time off social media is to expand his brand. Avoiding any real discussion of the recent accusations, Jeffree Star shows random clips of himself and friends getting piercings.

Then we get to see the millions of Star’s net worth being spent on reconstruction of his $14 million Californian mansion. It’s not like anyone asked for a house tour; we want the tea! 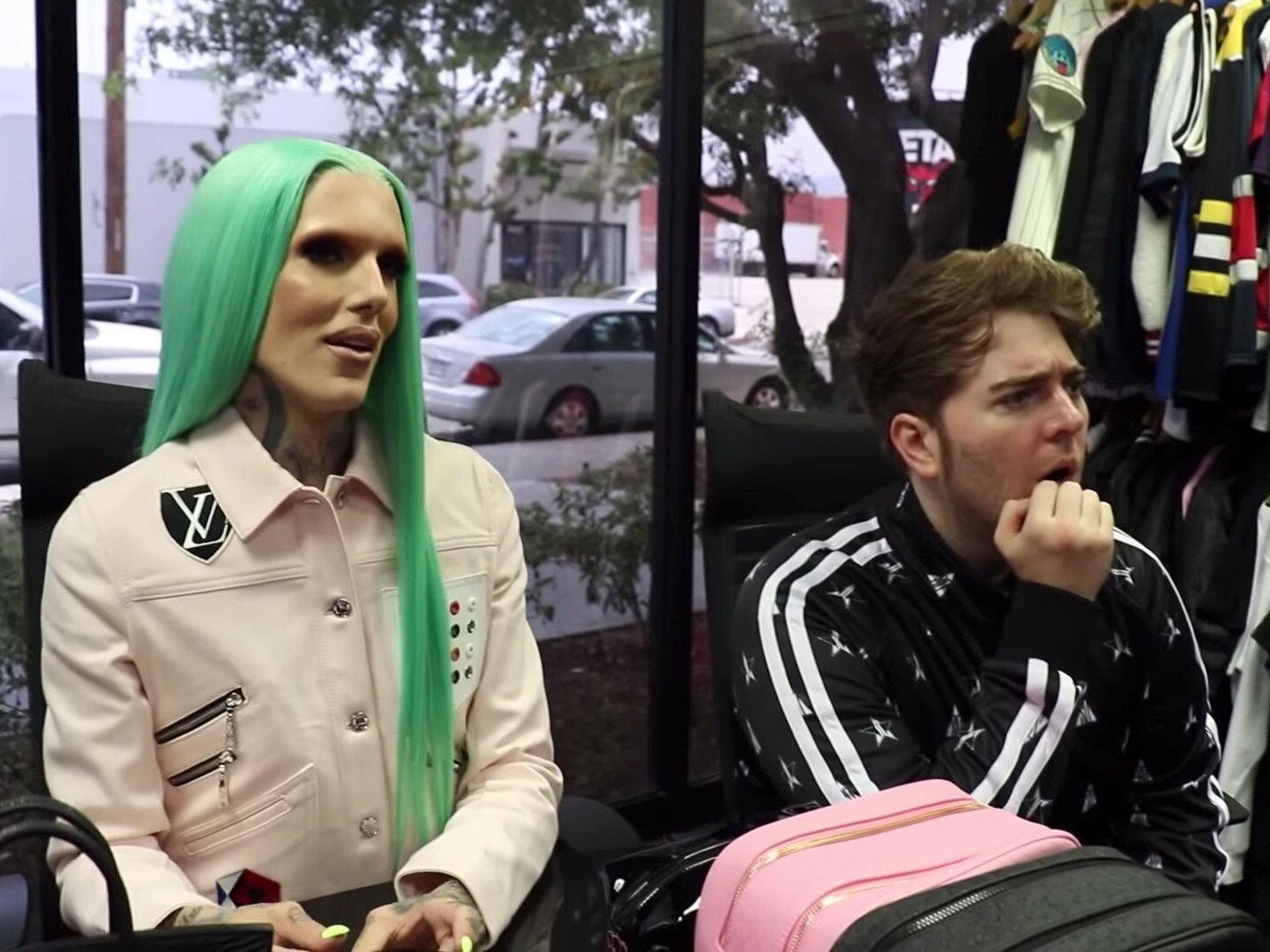 By the end of the video, it’s almost as if Star is just bragging about his success & fortune while none of the assault claims are being discussed. Is Jeffree Star avoiding the accusations based on guilt or ignorance? When writing this article, the video itself had over 2.5 million views and we doubt any of them expected to see sheer ignorance.

With over 17 million subscribers, Jeffree Star discusses traveling to Wyoming and becoming a resident while living out there part-time. Also, it appears Star and friend Shane Dawson were both diagnosed with COVID-19 in February following a trip to the Dominican Republic. Star described coronavirus as having the “craziest fever.”

During five minutes of the video we get to see Star finally addressing his relationship, but that’s all. It’s not as if that’s the only issue he needs to address. It’s unknown whether the entrepreneur will discuss any more allegations, but we hope Jeffree Star does take some responsibility.

It appears that clickbait video title is just that – clickbait. Where do we go from here? Should Jeffree Star be allowed to continue without addressing the big issues? Let us know in the comments!