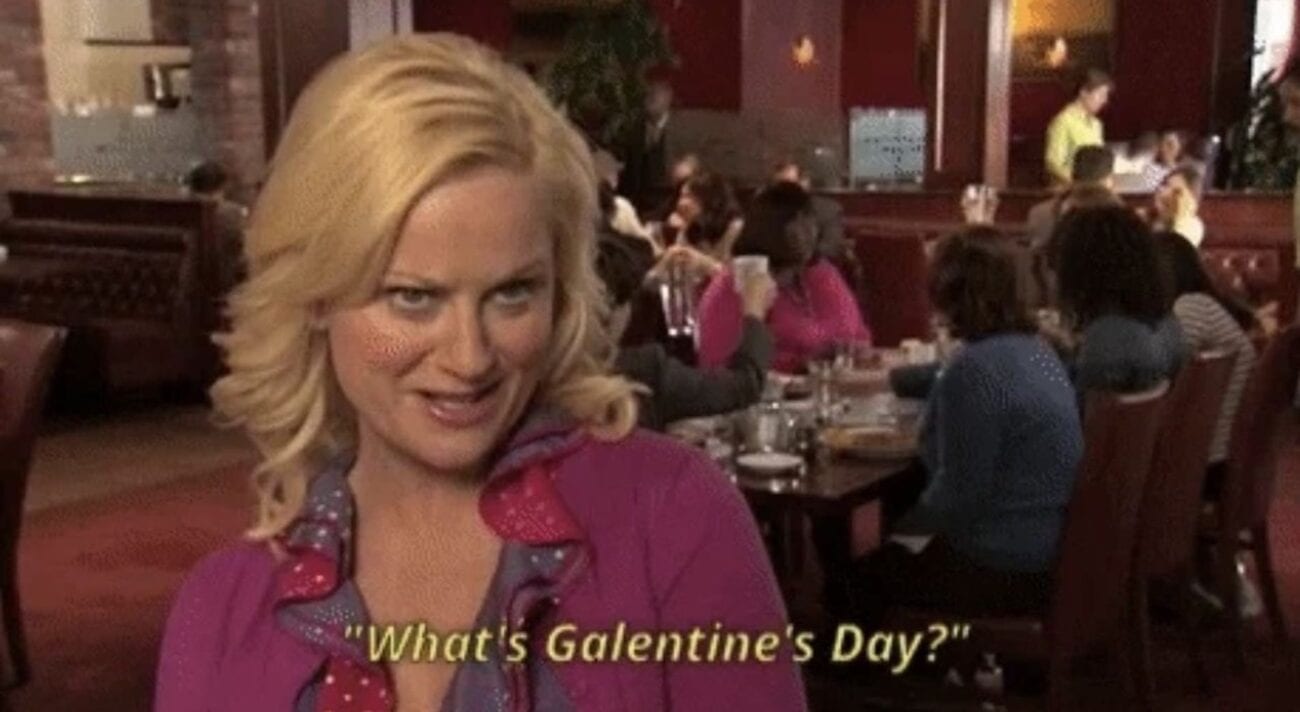 Celebrate your BFFs with these perfect Galentine’s Day movies

Out of all the holidays from fictional series that have caught on, Galentine’s Day might be our favorite. Conceived by Leslie Knope (Amy Poehler) on Parks & Recreation, the holiday is about celebrating your best girl friends and giving them the love & attention that they deserve, whether single or in a relationship. Galentine’s Day is celebrated on Feb. 13, the day before that other holiday that doesn’t include waffles for breakfast.

Galentine’s Day has since been fiercely adopted to the point where companies will have Galentines promotions or giveaways. And it’s become a holiday much more looked forward to by women rather than Valentine’s Day. Why? Because your boyfriend/husband may disappoint you, but your best ladies would never, ever do so, you know?

Since we’re all living that pandemic lifestyle, Galentines is definitely going to be a day that’s a bit harder to do. But with these movies, you & your BFF can socially distant celebrate via Zoom and enjoy. 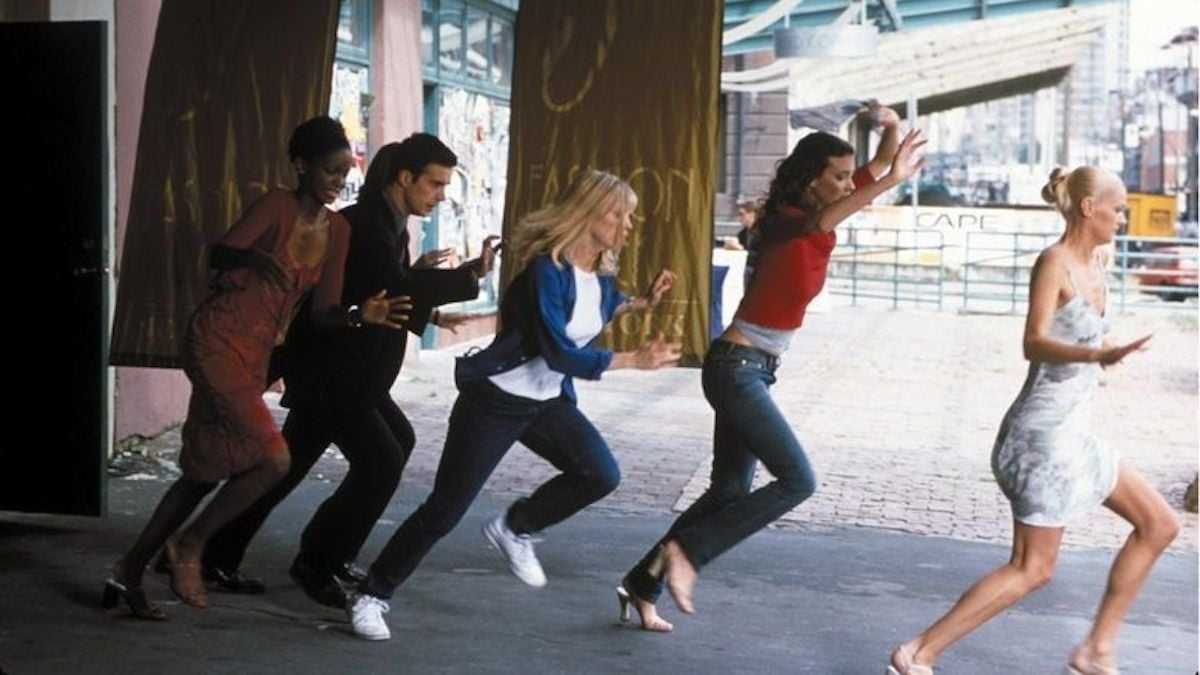 Want something really, really goofy that you & your friends can get wine drunk over while making snarky commentary? Head Over Heels is a perfect silly “I can’t believe this got made” movie for Galentine’s Day. After moving in with a bunch of struggling models, art restorer Amanda (Monica Potter) finds herself in a slapstick-y Rear Window situation after seeing her handsome neighbor (Freddie Prinze Jr) kill someone.

Or so she thinks! We won’t spoil the rest of this wildly convoluted plot. But the friendship between Amanda and her model friends/roommates is really sweet. The whole thing is, well, a bit stupid. But it’s an enjoyable stupid, especially if you like snark in your movies with your besties. 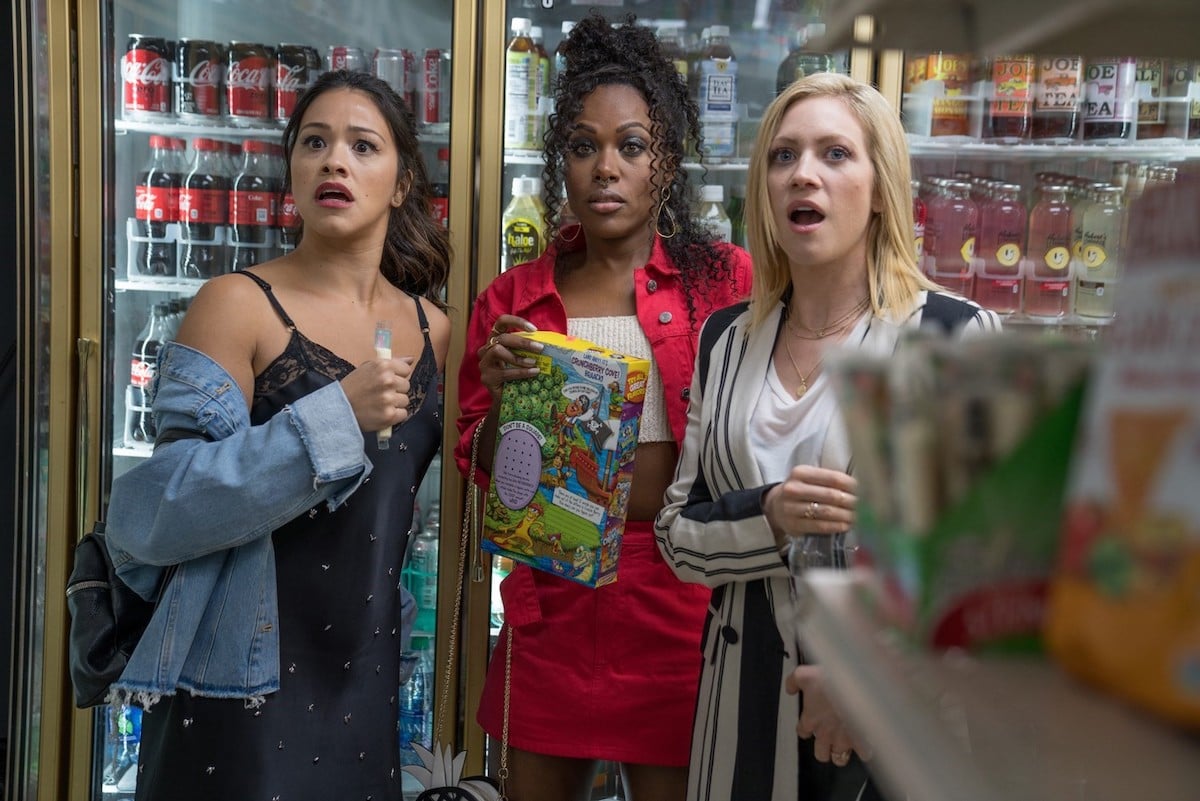 For the Galentines that have to spend the day in long distance, Someone Great is an amazing film. It follows the final hurrah of three best friends (Gina Rodriguez, Brittany Snow, DeWanda Wise) before one of them (Rodriguez) has to move cross-country in order to work at her dream job. The film follows them over the course of one night as each struggles with their own relationships and strengthens their friendship.

Someone Great is a pretty straight forward film, but one where the chemistry between the cast shines. And it definitely makes you nostalgic for the days (and nights) when you ran around with your best friends for one complicated night. It’s definitely worth a watch on Netflix. 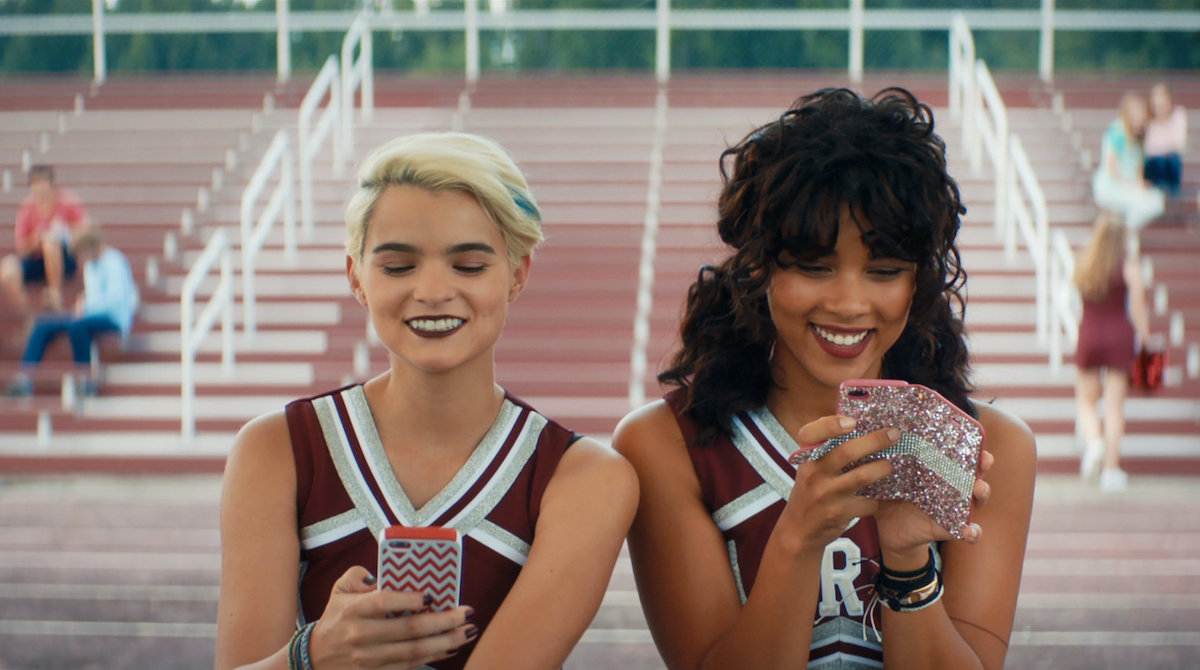 For those Galentines whose tastes run to horror, Tragedy Girls is an excellent movie to check out together. It follows two besties (Alexandra Shipp, Brianna Hildebrand), who run a true crime blog. Desperate to raise their follower count, the two become serial killers and things get progressively wilder from there. This movie is full of great twists & turns mixed with comedy as black as your soul.

Shipp & Hildebrand definitely sell the long, lived-in friendship of our main characters. Even though they are horrible people, you still want them to be friends in the end. If you’re looking for a double-feature, then we recommend pairing Tragedy Girls with Jennifer’s Body. 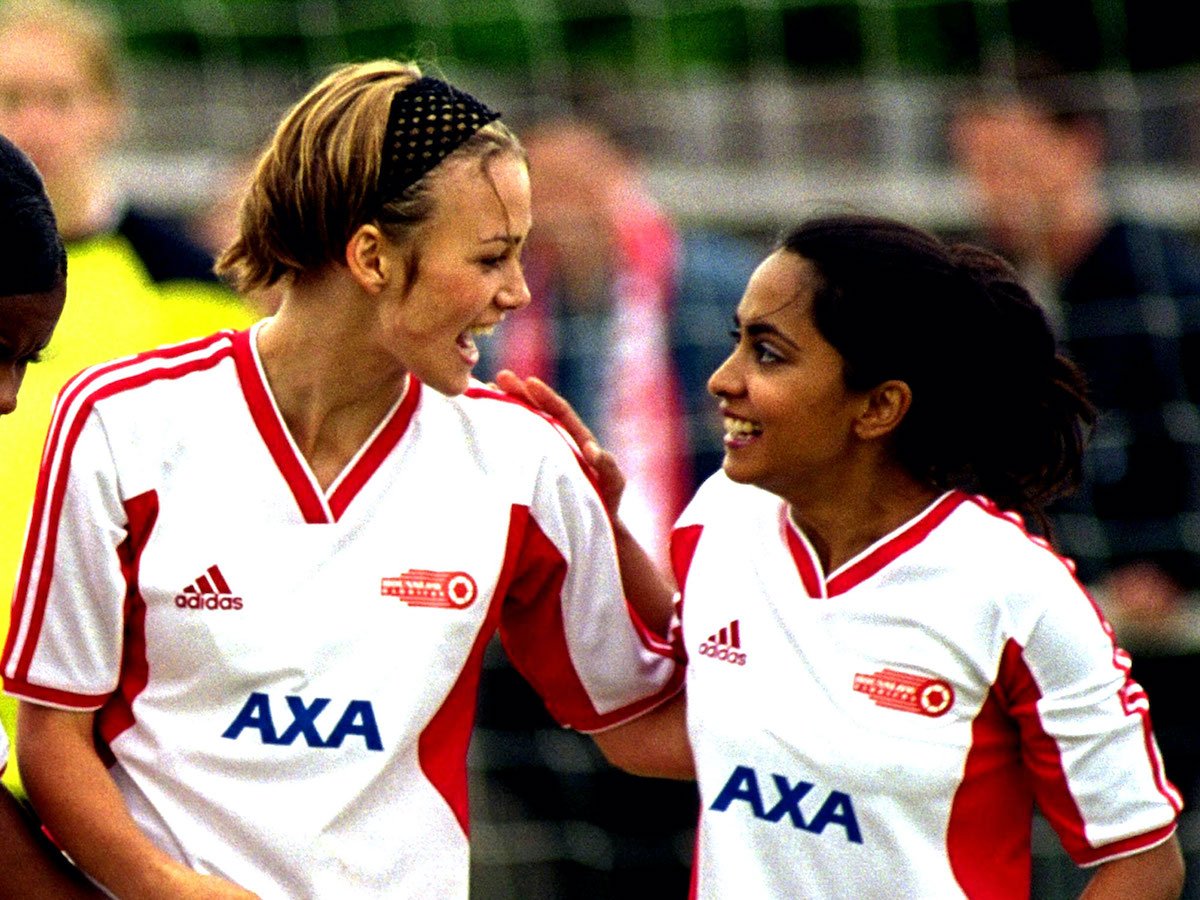 Is there a film that we love more than Bend It Like Beckham? Probably not. This rom-com/sports/coming of age film follows the lives of Jess (Parminder Nagra) & Jules (Kiera Knightley), who are talented football players on the same women’s team. Jess’ parents, however, forbade her from playing football, while Jules’ mother would rather her daughter pursue more traditionally feminine things.

Jess & Jules have one of the best, most realistically depicted friendships on screen with highs & lows associated with it. But, in the end, they always come back to each other for support. The movie also touches on subjects like racism, sexism, homophobia, and more, making it a very deep film. The genuinely charming cast elevates it all, and Bend It Like Beckham is a Galentine’s Day must. 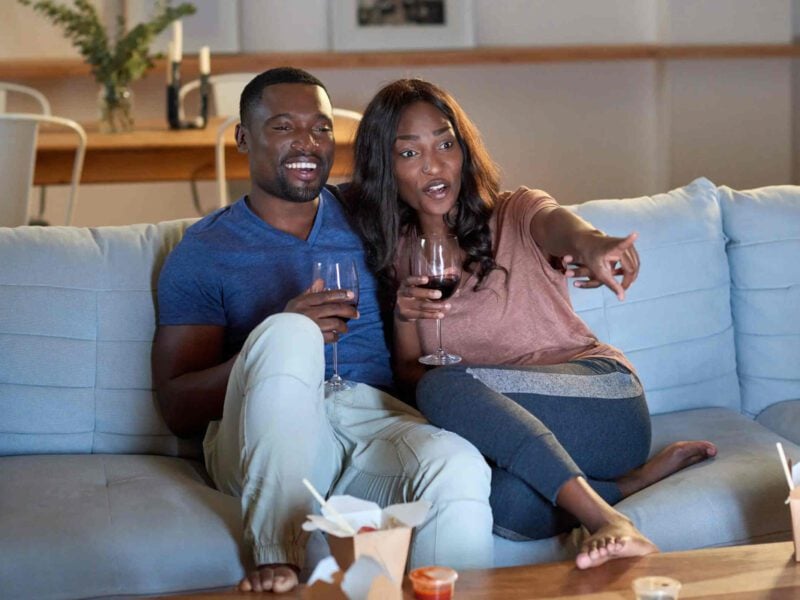 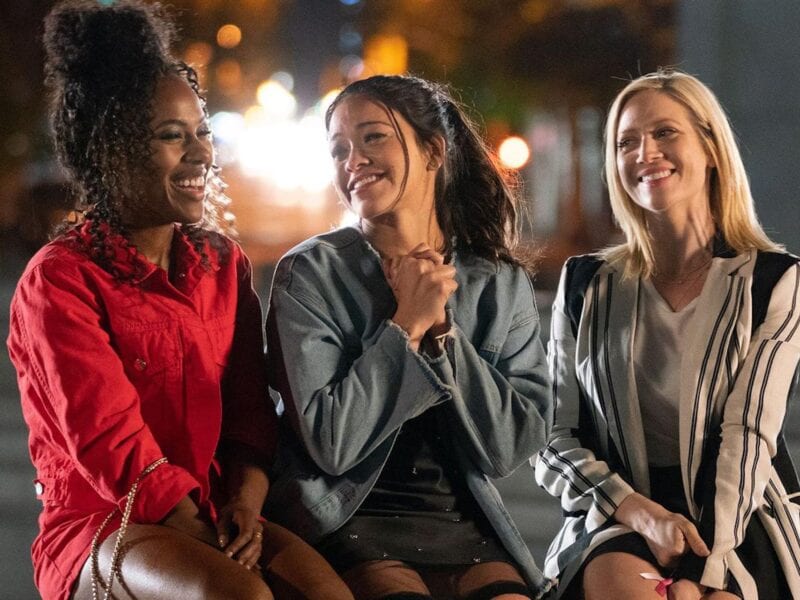