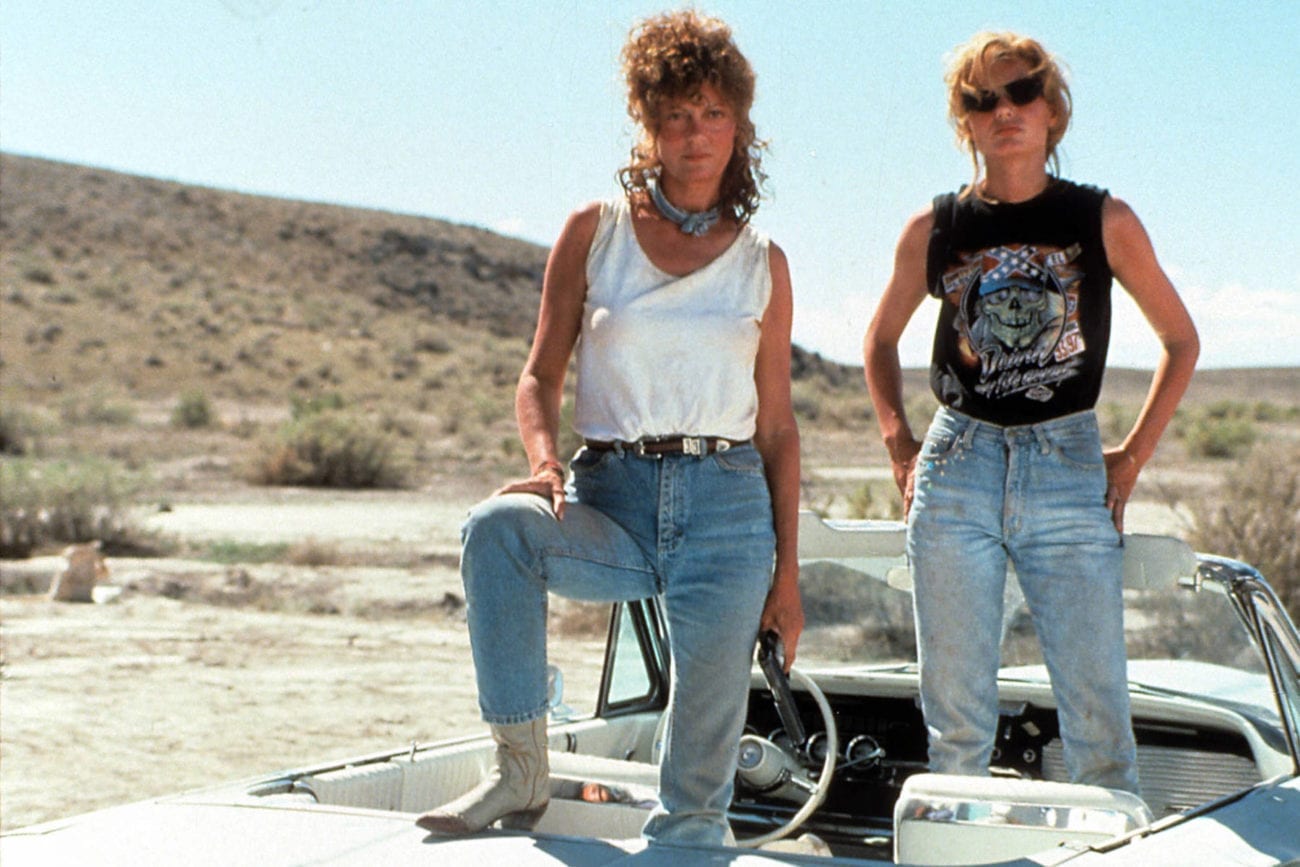 In a post-bromance era, you’d hope there’d be what we’re going to go ahead and call a rush of feromance (ferocious yet platonic female relationships) movies hitting mainstream Hollywood. The recent success of a movie like Girls Trip may be all you need to believe that female friendships are being well represented in mainstream cinema.

However, we’d argue that the success of the film wasn’t just down to the overall wasted japes and Tiffany Haddish’s body-popping skills – it’s also because female friendships are still all too often overlooked in mainstream films.

Any in-depth exploration of a female friendship is something we’re going to jump all over. 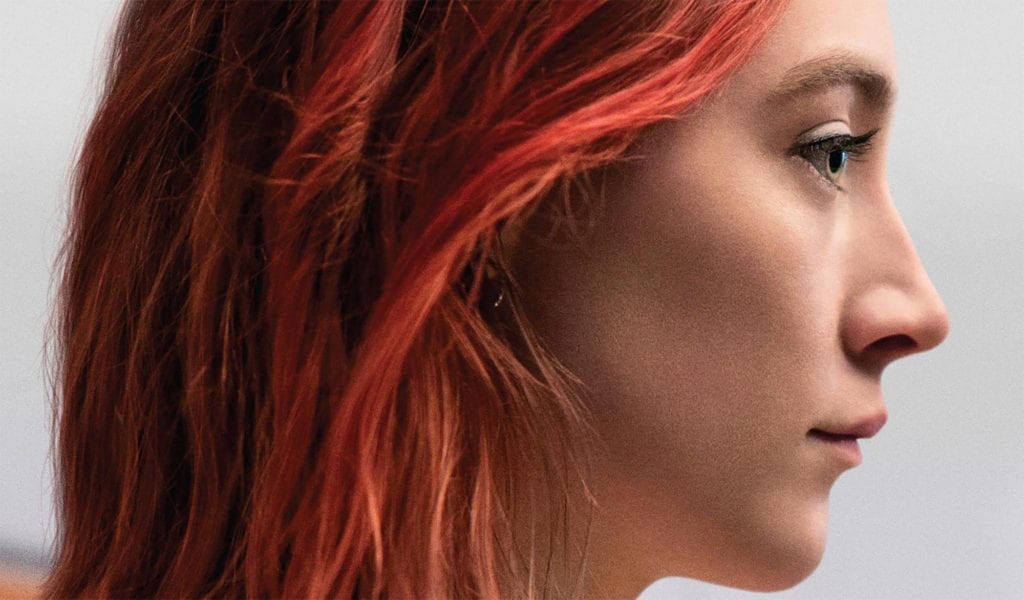 Of course, there are plenty of examples to found in independent cinema. Recently, Greta Gerwig’s Lady Bird showcased a heartwarming exploration of a floundering female friendship crushed beneath the pressures of coming-of-age struggles.

Prior to that, Tangerine depicted a difficult but vital female friendship between two transgender women in Los Angeles. And within the horror genre, Tragedy Girls provided a pitch-black satirical spin on teen tropes by following two female BFF’s on a mission to boost their social media fandom via a killing spree. 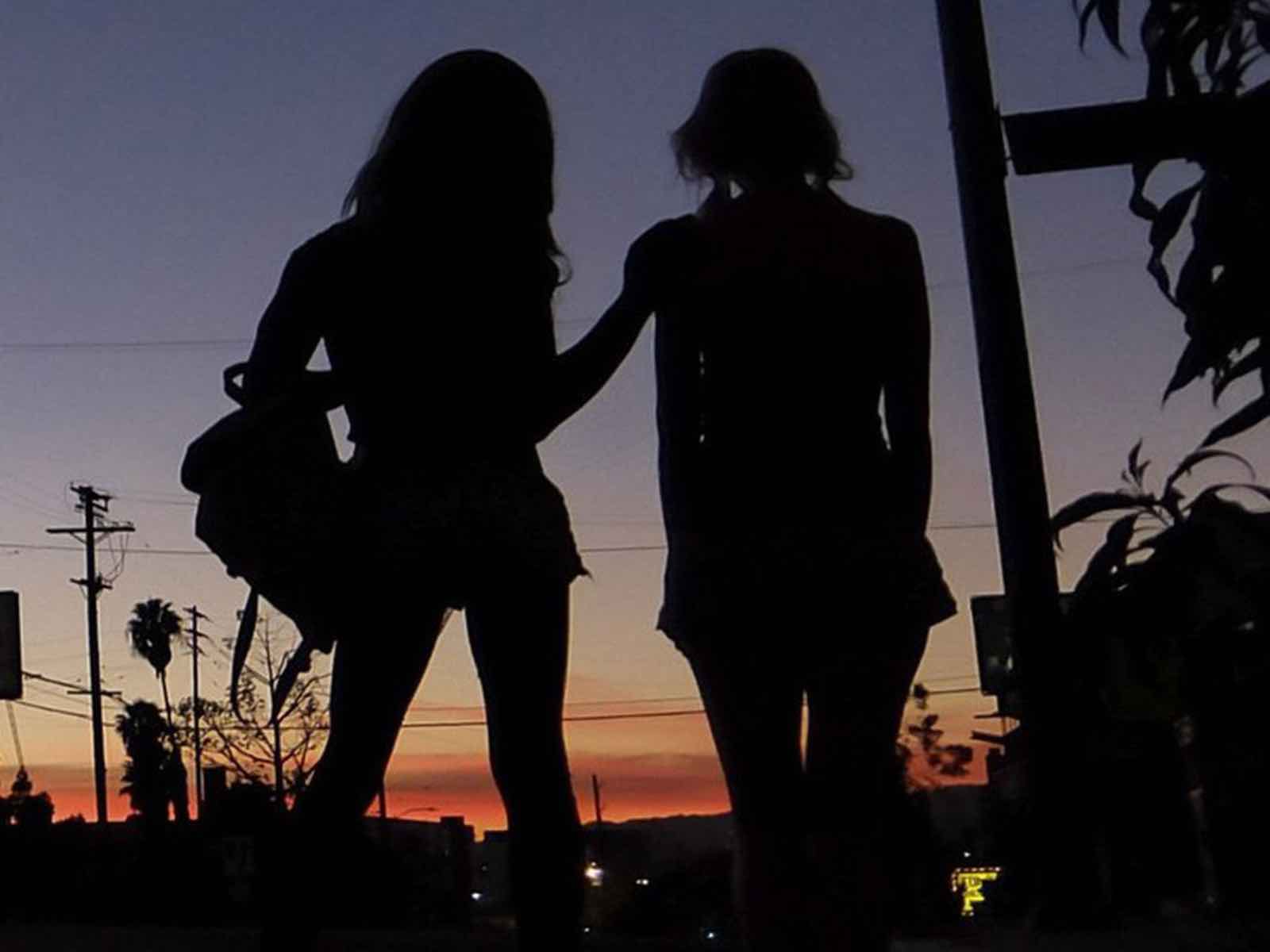 It’s telling that movies about female friendships are still thriving within independent cinema, but get sidelined when it comes to mainstream offerings. Worse still, when Hollywood does attempt to deliver a female friendship film, they often get slapped with the turgid “chick flick” tag – the cultural equivalent of renaming a bowl of chilli “candy” because someone dared to add a single spoon of sugar to it.

It’s a dismissive, appalling term used to undermine the quality of any movie with the audacity to focus on “chicks” (or women, as they’re commonly known) instead of a pack of men. Crucially, the term also immediately outlines a movie as being singularly for the enjoyment of women.

Which is absolutely absurd and frankly, criminal. For example, consider Clueless and Mean Girls, which are two of the greatest mainstream comedy films of all time. Both feature complex, thoughtful, and hilarious depictions of female friendship at their core that audiences would have missed had they bought the idea of either being a bit of popcorn fluff. 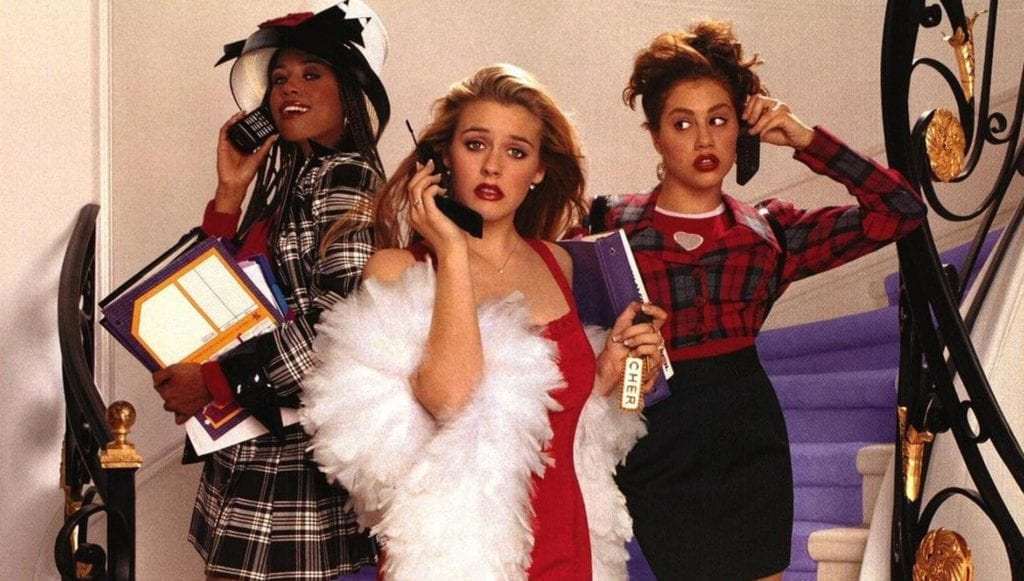 To chuck either movie into the generalized trash pile of “chick flick” is to denigrate the intelligent scripts of both. The term belittles the (seriously, we’re not fucking around here) profound statements at the core of each film that tackle questions of identity, societal power structures, and the idea that women are strongest when they’re supporting each other.

In a cultural moment where audiences are throwing money at any and every superhero movie possible and championing visions of macho, super strong men saving the planet, this point is all the more important to note.

Strength can be depicted in a visual and physical manner, of course. It can crush villains. It can suit up and rock a cape. It can enable a seemingly ordinary man to hulk out, swing between buildings, or withstand the piercing onslaught of bullets. 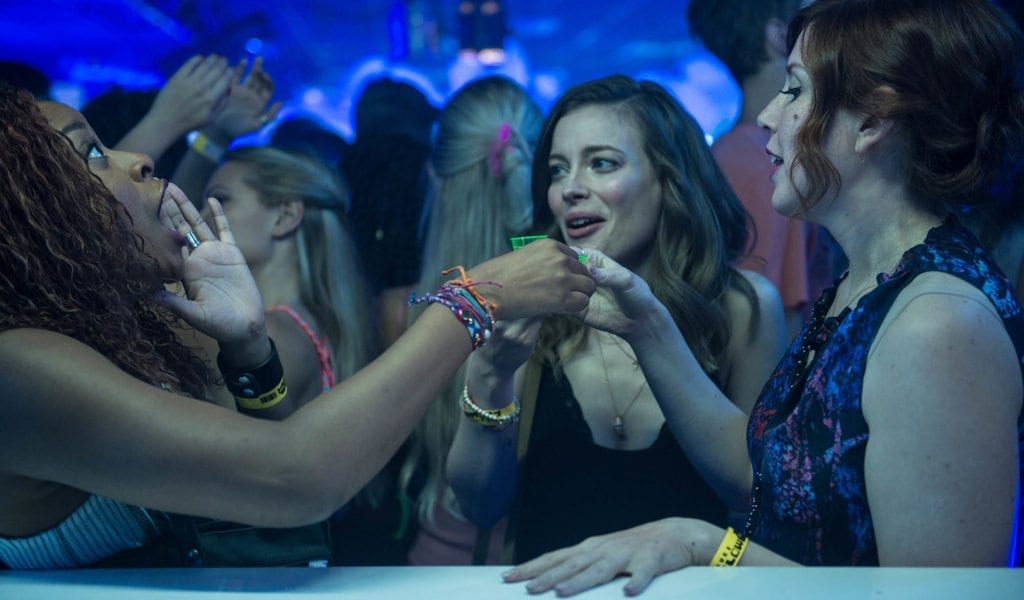 But strength can also be depicted with more nuance and in everyday terms. There are impossible volumes of strength to be showcased in women showing love for one another, combining their powers to overcome adversity, and supporting each other through the overall tumult of life.

Any woman will tell you that when you find a relationship like this in even just one other woman (if not many), the result is equivalent to being able to lift a damn car so the other doesn’t get crushed.

The most striking examples of such friendships in cinema can be found in the powerful connection between Thelma (Geena Davis) and Louise (Susan Sarandon) in Thelma & Louise – two women on the run from the confines of gender norms who lean on their love for one another to find freedom at any cost. 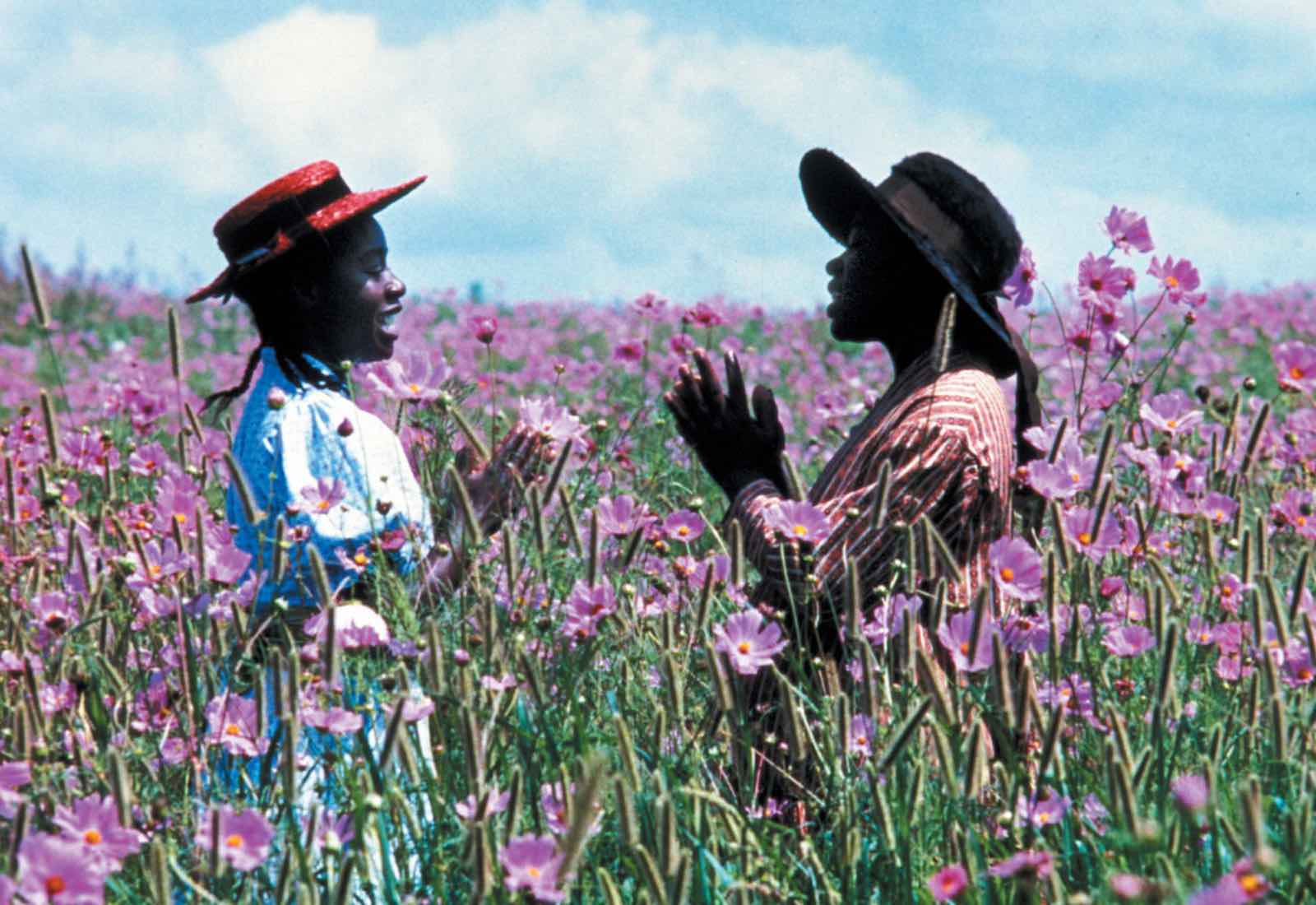 It can be seen in the women of The Color Purple whose friendship allows them to resist the oppression of racist, male violence and survive lives of forced servitude. It can even be witnessed in A League of their Own where Rosie O’Donnell and Madonna survive the tensions of World World II by rallying together as a baseball team.

It’s worth noting that there are also films that have successfully explored female friendships while reclaiming the notion of a chick flick.

Romy and Michele’s High School Reunion has become a comedy cult classic and is arguably one of the frothiest and most surreal depictions of female friendship ever seen on screen. It’s also one of the most powerful. 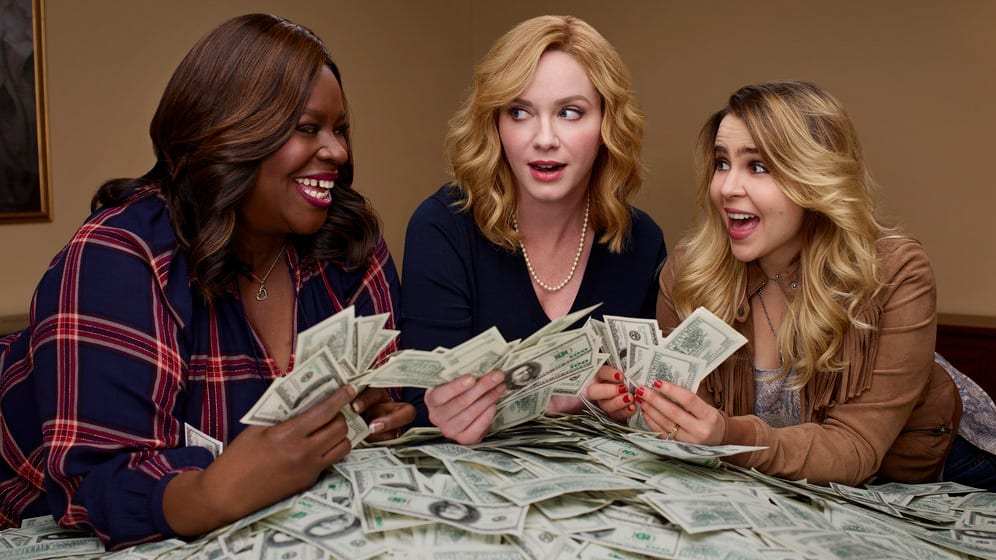 In exploring the lifelong platonic relationship between Romy (Mira Sorvino) and Michele (Lisa Kudrow), the film offers up a rarely celebrated love story between two female friends. Attending their ten-year high school reunion dredges up a whole horror show of insecurities for the two as they realize they’ve failed to accomplish anything close to the achievements of their former classmates.

All Post-It note claims aside, they haven’t been big business successes. Nor have they found a romantic equal in a man or had kids. All they have to show for the past decade is their friendship – but as the denouement of the film suggests, that’s enough. 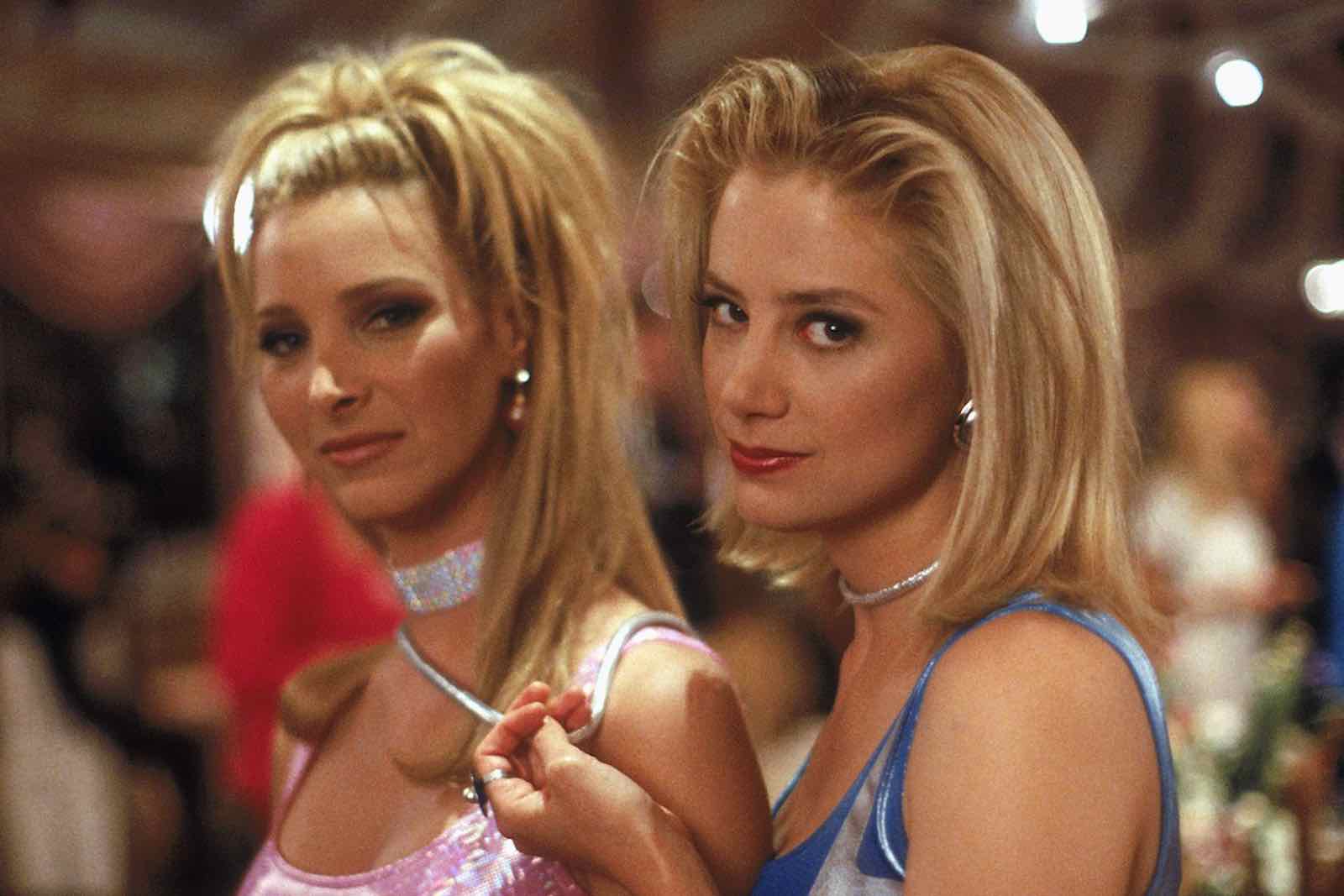 It’s a simple film with a simple message, but one that hasn’t been repeated anywhere near as tremendously in mainstream cinema since – that a solid female friendship is something to aspire to and living in emotional synchronicity with another woman can be a force for positive change.

By proudly embracing their identity, standing up to bullies, and showcasing their friendship as a true achievement, they inspire confidence in their classmates. They also start a new business, turning their unapologetically frothy homemade stylings into the sort of Rodeo Drive boutique Vivian Ward (Julia Roberts) from Pretty Woman wouldn’t have been banned from entering.

21 years after it first premiered, Romy and Michele’s High School Reunion remains one of the greatest feel good movies ever made. It’s also the sort of luminous lighthearted narrative that pushes back against the sneering opinions often leveled at films considered to be chick flicks. It makes no apology for being blithe and bright and as playful and gaudy as the outfits Romy and Michele design – and neither should it have to. It’s perfect just as it is.

Romy and Michele’s High School Reunion (and other films that similarly explore female friendship in complex and luminous ways) posits that such relationships between women are key to our survival.

To love and support another woman in such a way is a low-key superpower that we need to see more of – especially during such troubled times as these. By all means, keep supporting the bulging biceps and patriotic propaganda of the MCU and DCEU if that’s what you need.

But women holding each other up and having a great time while they do so? That’s the sort of strength mainstream cinema needs to be pumping more money into.