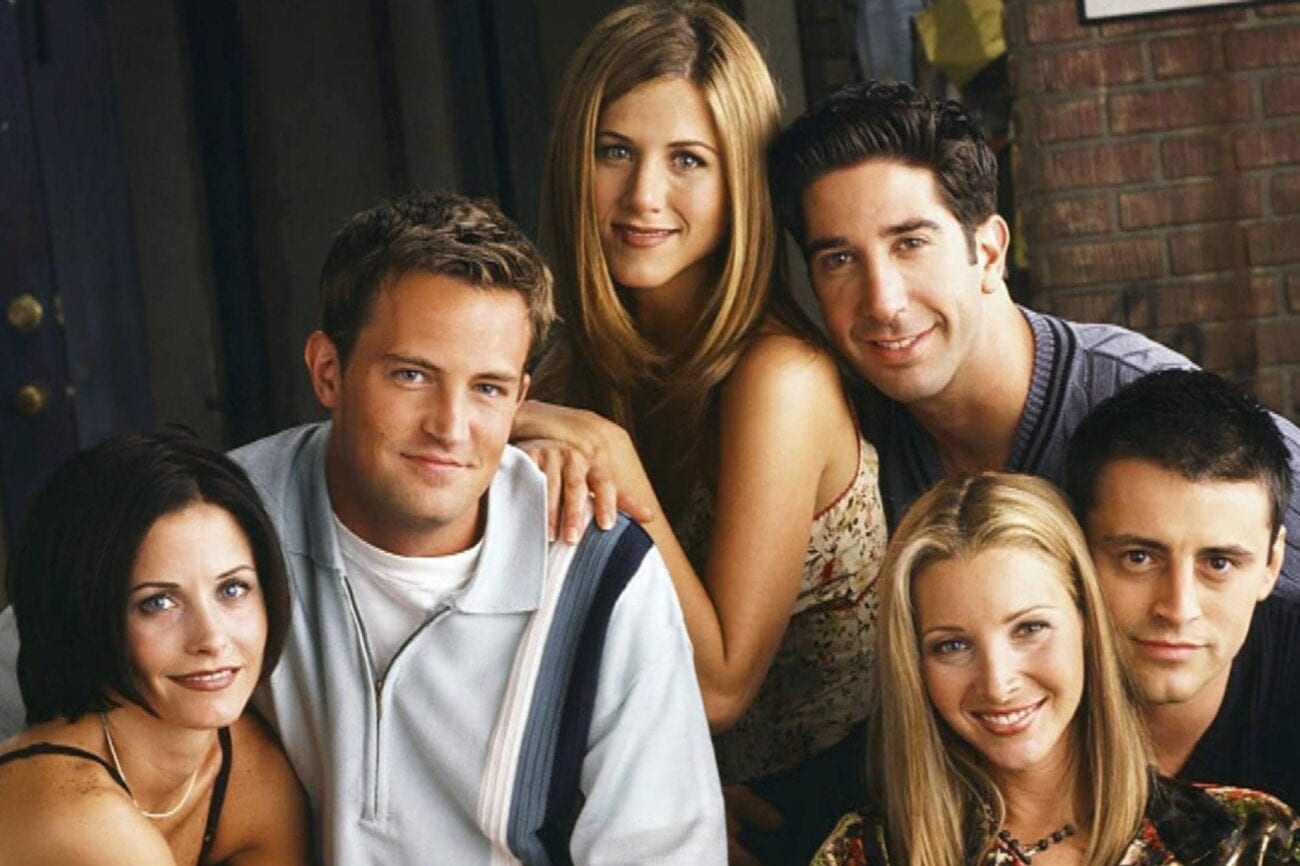 Who’s going to host the ‘Friends’ reunion now that Ellen’s out?

Ellen DeGeneres won’t get to hang out with her friends. The comedian was set to host the anticipated Friends reunion on HBO Max, but her ongoing workplace controversies have jeopardized her involvement with the show. Ellen’s tentative status as host has led fans to throw out other celebrity names as possible replacements.

Friends star Lisa Kudrow discussed Ellen’s involvement during a recent appearance on Andy Cohen Live. “Is there a host?”, Cohen asked. “Ellen — did I hear that Ellen DeGeneres was hosting the reunion?” Kudrow confirmed that Ellen had been floated as a candidate, but that HBO has not made any final decisions. “Um, you may, I don’t know,” she stated. “I don’t know that that’s been decided.” 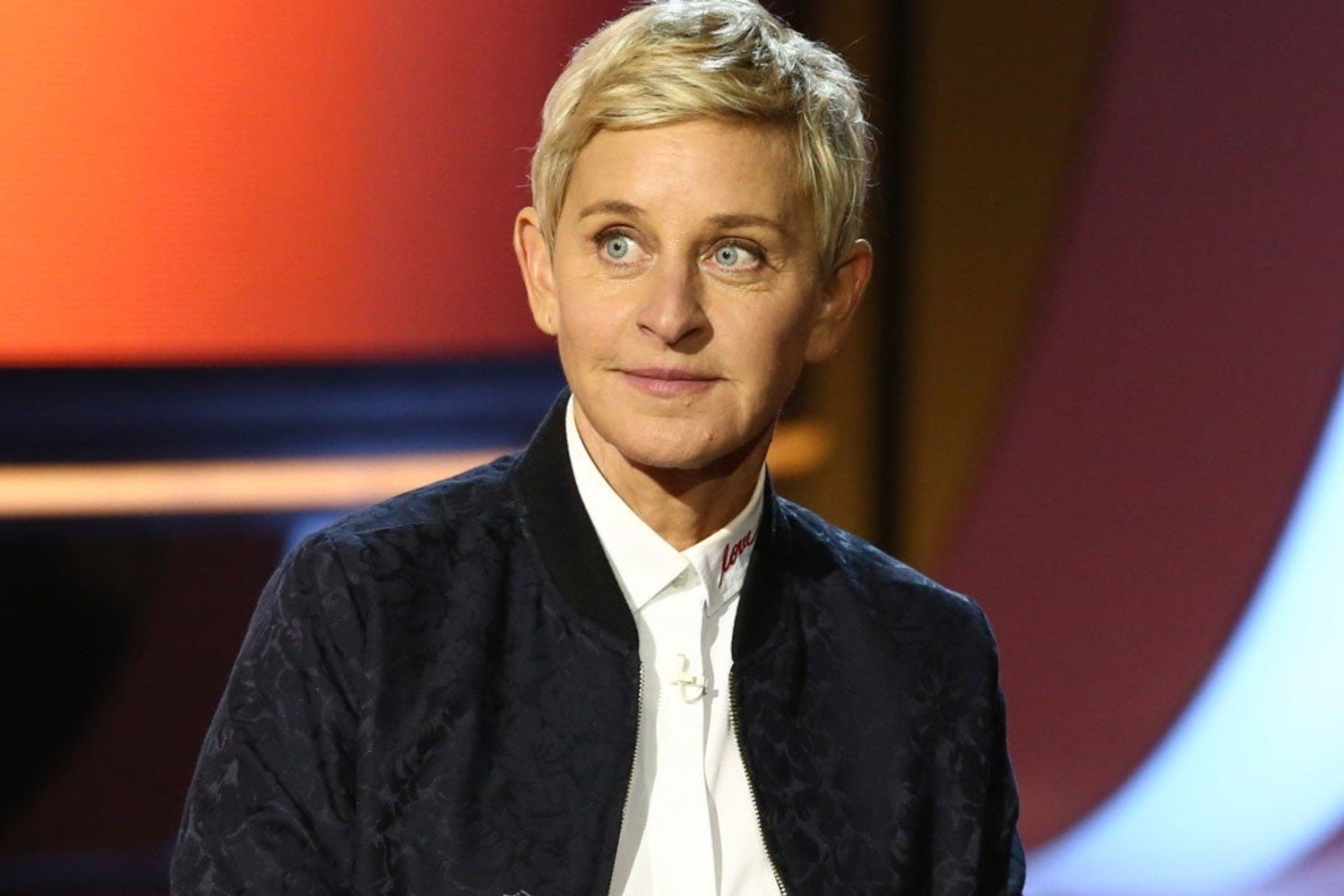 Ellen’s ties to Friends date back several years. The comedian’s lone sitcom debuted in March 1994, but the title was quickly changed from These Friends of Mine to Ellen to avoid confusion with Friends, which premiered in September 1994 and proved the bigger hit. Ellen’s sitcom fared better with critics but lasted only half as long. It was canceled after five seasons in 1998.

Ellen teased the idea of a Friends reunion when Jennifer Aniston was a guest on her show in 2019. She insisted that Aniston was the one person who could bring the cast back together, and the actress explained that all the pieces had to fall in place for the reunion to feel natural. “Listen, I’ve told you this, I would do it,” Aniston stated. “The girls would do it. And the boys would do it, I’m sure– anything could happen.”

Ellen was announced as the host of the Friends reunion in February 2020, but her career has taken a drastic hit in recent months. The comedian was accused of promoting a “toxic” work environment on the set of her daytime talk show, as well as condoning sexist and racist behavior by employees. Ellen has since apologized, but the fallout from the allegations has threatened both her legacy and the future of her show. 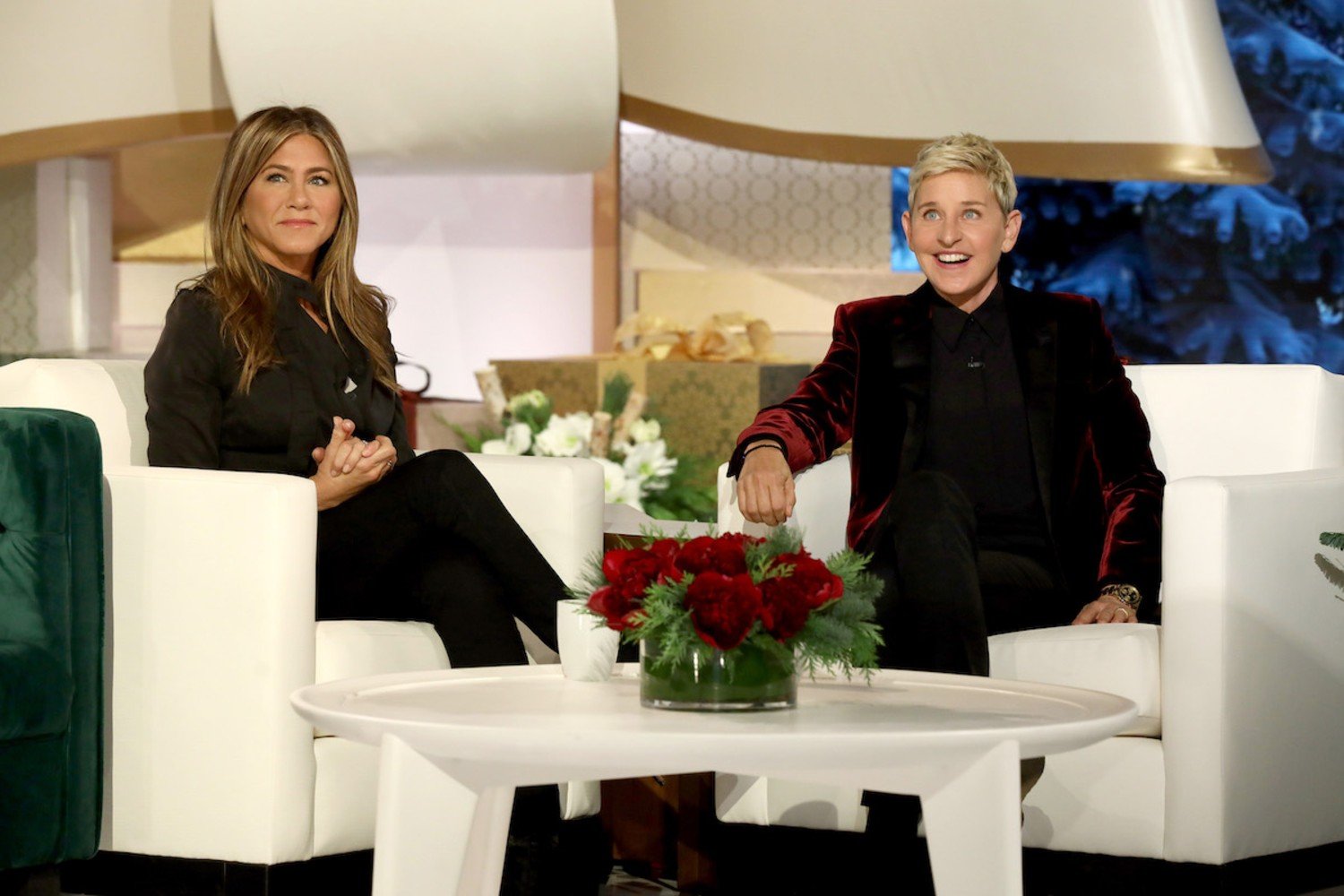 Given Ellen’s dwindling reputation, it makes sense that the Friends cast would want to distance themselves from her. Twitter users have proposed that any one of the sitcom’s famous guest stars could take over as host instead.

Jill Goodacre has been named as a possibility, given the actress’ famous appearance in the Friends episode “The One with the Blackout” (1994). James Michael Tyler and Aisha Tyler have also been pushed by fans, given that they had recurring parts as Gunther and Dr. Charlie Wheeler, respectively. 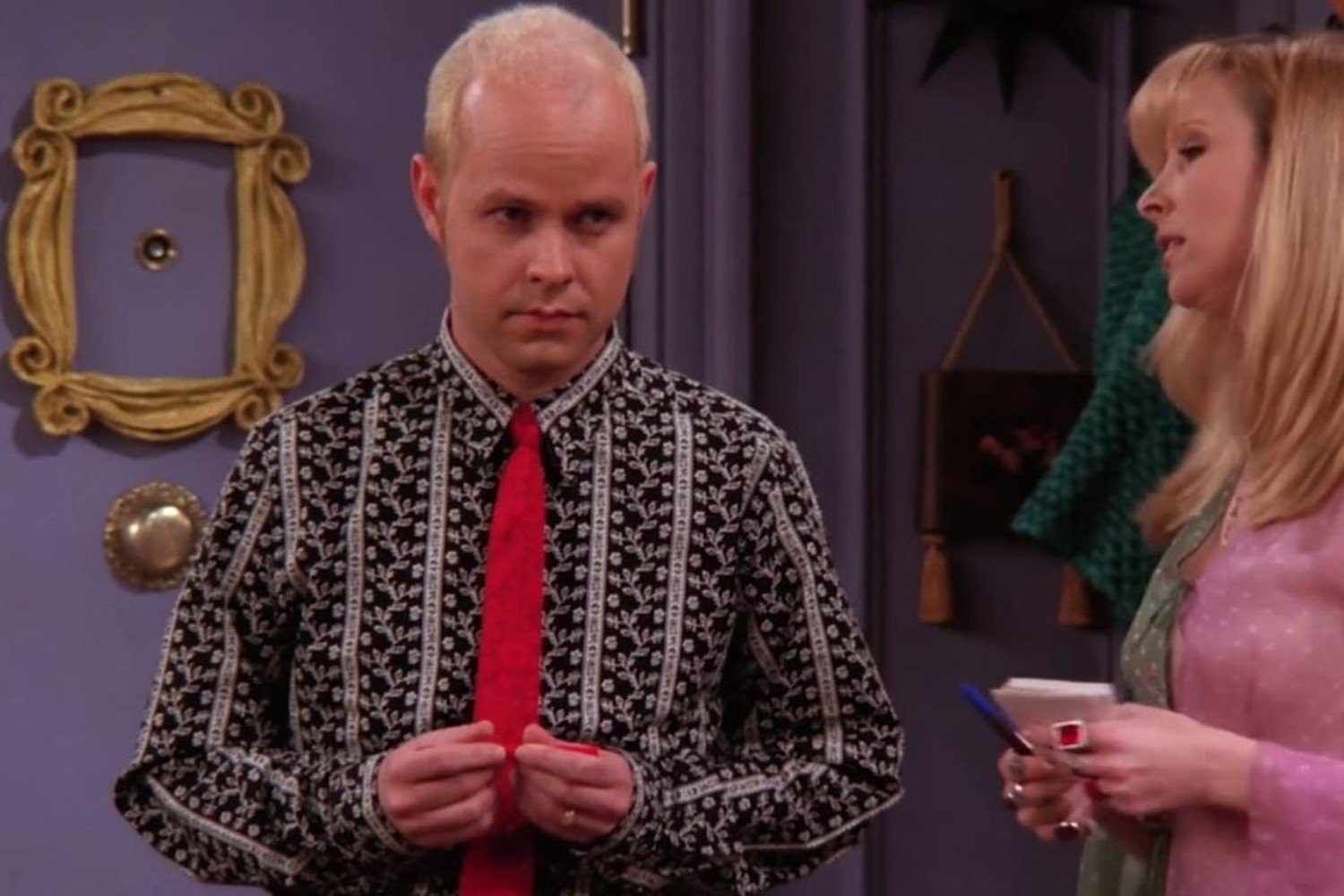 James Michael Tyler would be the most fitting host, given that he’s the only actor to appear in all ten seasons of Friends outside of the main cast. Tyler told Daily Mail Australia that he would be game for a reunion special and joked that he would even bleach his hair as a tribute to his famously blond character.

“I know that the creators of the show have all said in the past, that they’d wrapped up the show in the way that they wanted,” Tyler stated. “That being said, if anything ever came up in the future, I would definitely bleach my hair again and reprise Gunther, as I really did love that character.” 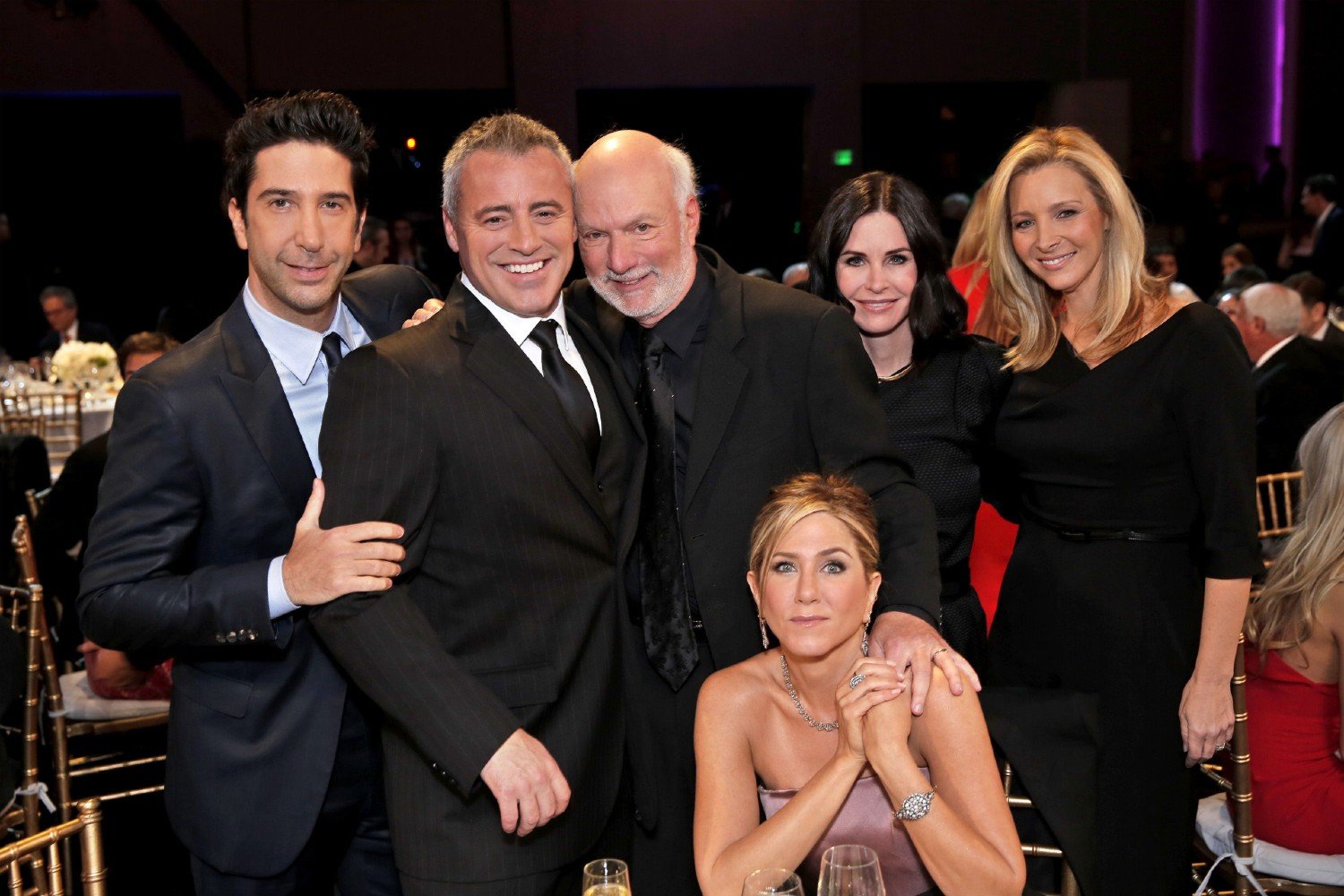 Sadly, the release date for the Friends reunion is just as big a question mark as its host. The production was originally set for summer 2020, but the spread of COVID-19 has led to its indefinite delay.

Aniston addressed the delay during a phone interview with Deadline. She admitted to having concerns over COVID-19 but assured fans that the pandemic will not stop the Friends cast from reuniting on screen. “Look, we’re not going anywhere, you’re never going to get rid of Friends,” she asserted. “Unfortunately it’s very sad that we had to move it again. This is not a safe time period.”

“I choose to see it as the glass is half-full that it got postponed,” Aniston added. “It’s [still] going to be super. You know what? This has also given us more time to make it even more exciting and more fun than it would have been. That’s the bottom line.”