Female comedians: 2018 films with funny women to make you LOL

Female comedians are having a moment. The whole world tuned in when Michelle Wolf delivered her White House Correspondent Dinner roast. Viewers everywhere laughed and cried as Kate McKinnon portrayed Hillary Clinton on Saturday Night Live during the 2016 election cycle.

Beyond standup and sketch comedy, women have also made their mark in the film industry of late. The female film comedy genre has evolved over the last few decades from feel-good, lighthearted Nora Ephron romcoms like Sleepless in Seattle to raunchy friendship movies like Girls Trip. Now more than ever we’re seeing women take on main roles in the comedy genre, especially women of color like Tiffany Haddish, Ali Wong, and Mindy Kaling.

In 2018, we saw funny women leading a range of different genres, from action to romance. Here are six films featuring female protagonists that’ll definitely have you laughing out loud.

Life of the Party

While incorporating freewheeling frat parties into its plot, Life of the Party twists the college comedy film inside out with a humorous premise.

The wonderfully goofy Melissa McCarthy (Ghostbusters) stars as Deanna – a mom who (after her husband leaves her) makes the life-changing decision to go back to college. She ends up attending the same school as her daughter, much to the latter’s consternation. Besides taking the lead role, McCarthy also co-wrote and co-produced the movie.

Romantic comedy royalty Sandra Bullock (Miss Congeniality) stars as Debbie Ocean – a conwoman who attempts to complete the heist of the century at the Met Gala with the help of a group of other badass women. Seriously badass women.

The Spy Who Dumped Me

Audrey (Mila Kunis) & Morgan (Kate McKinnon) somehow find themselves in the middle of an international spy adventure after learning that Audrey’s ex-boyfriend is a CIA agent. The Spy Who Dumped Me has a romantic premise but predominantly focuses on Audrey & Morgan’s hilarious exploits.

Based on the bestselling novel by Kevin Kwan, Crazy Rich Asians will be the first American movie to feature a predominantly Asian cast. In the movie, New Yorker Rachel (Constance Wu) discovers that her boyfriend Nick (Henry Golding) comes from one of the richest families in Asia when he takes her to his best friend’s wedding in Singapore.

Crazy Rich Asians was a massive hit with audiences & critics alike. It was the highest-grossing romantic comedy of the 2010s and it received Golden Globe nominations for Best Motion Picture – Musical or Comedy and Best Actress – Motion Picture Comedy or Musical for Wu.

Malcolm D. Lee – the brilliant comedic force behind the raunchy and heartfelt Girls Trip – also directed Night School. The film follows the journey of a ragtag group of people who go to night school in hopes of passing their GED exam. 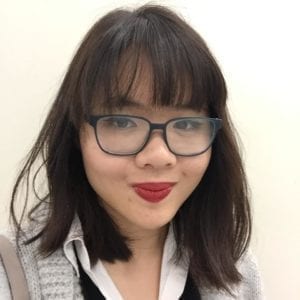