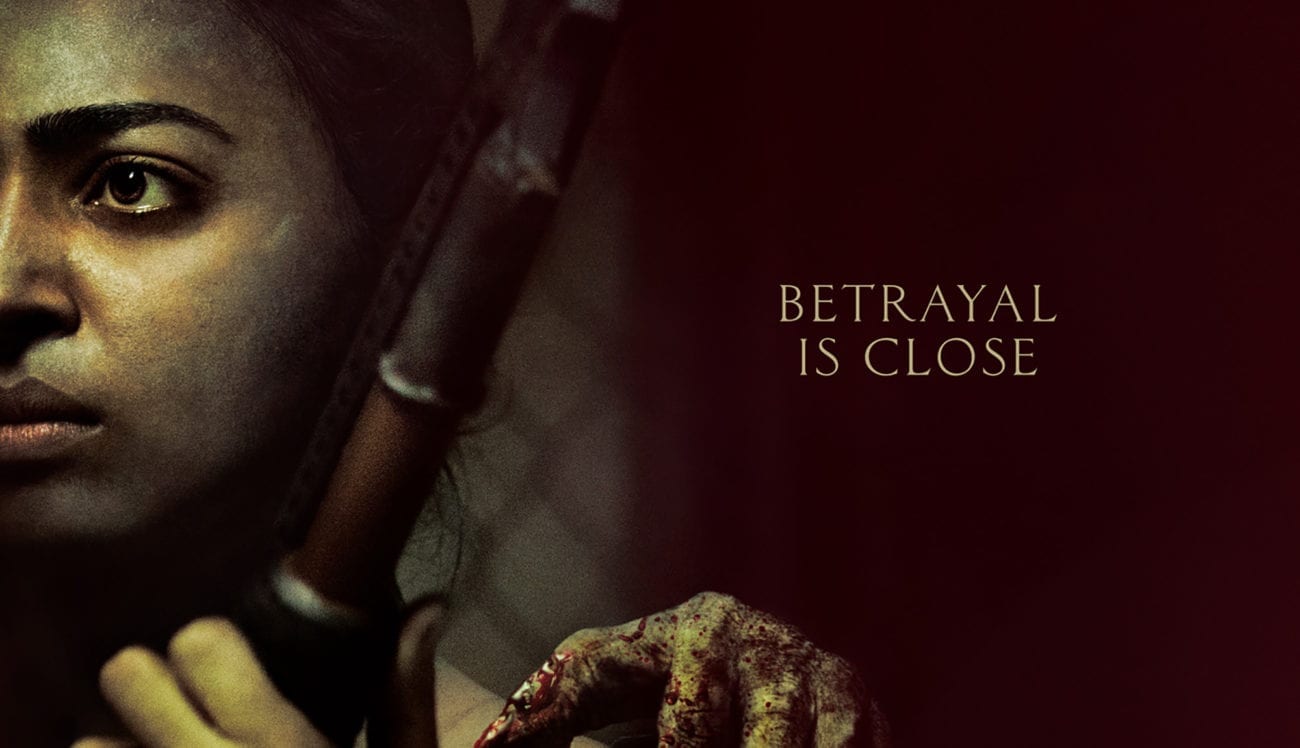 Everything we know so far about Netflix’s Hindi horror ‘Ghoul’

Just days after the premiere of  Sacred Games – Netflix’s first originals series from India – the streaming giant’s treated us to the trailer for its very first Hindi horror series Ghoul. Looking every bit your next macabre obsession, the show centers around a military detention facility worker named Nida who is faced with a terrifying case when a prisoner is brought in for questioning. Turning the tables on his interrogators, he starts exposing their most shameful secrets and consequently all hell breaks loose – literally. Take a look at the trailer below:

Yikes! In celebration of this hard-hitting new horror show, we thought we’d take you through everything you need to know about Ghoul ahead of its release. Get ready to embark on a terrifying trip!

Ghoul will premiere on August 24 across all Netflix territories – get it in the datebook, folks! Regarding the episodes, Slashfilm questioned that while it’s a hell of a horror premise, how exactly will it maintain its momentum over the course of a series instead of a film? To which it went on to highlight that “Ghoul is a miniseries consisting of only three episodes, which is probably the perfect runtime for a premise like this.” Damn straight!

The ghouls behind Ghoul

The show is co-produced by a collaborative team of Blumhouse Productions, Ivanhoe Pictures, and Phantom Films in India. As ya’ll know, Blumhouse is the production company behind films like Get Out, Insidious, Paranormal Activity, and The Purge, so we have faith the miniseries will be generous on the scares. Meanwhile, Phantom Films is responsible for such cinematic greats as Bombay Velvet, Udta Punjab, and Queen.

“It has been a great experience working closely with Netflix and our partners at Phantom and Ivanhoe to produce Ghoul,” producer Jason Blum told IndieWire. “This is Blumhouse’s first foray into the horror genre in India, and we’re excited to share this project with horror enthusiasts around the world.”

The story itself is based on Arabic folklore and has been adapted by writer-director Patrick Graham, who is known best for his 2011 mystery-romance film Phir Se. Elsewhere, Phantom Films’s Vikramaditya Motwane said: “This is our second collaboration with Netflix (after Sacred Games) and yet another strong example of commitment towards high-quality content. We are extremely proud of Ghoul – and cannot wait for audiences around the world to experience an elevated horror narrative from India.”

Ghoul showcases the talents of Bollywood actress Radhika Apte, who also starred in Sacred Games – this time she’ll be playing the young soldier who is tormented when a prisoner is brought to the remote military facility she’s stationed at. A talented actress all round, Apte also starred in R. Balki’s recently released biographical drama Padman.

Manav Kaul of Tumhari Sulu fame takes the role of Dacunha – the military officer who arrests the suspected terrorist and demands a confession from him. Further cast members include: Ratnabali Bhattacharjee as Laxmi; Mahesh Balraj as Ali Saeed; and Mallhar Goenka as Babloo.

With millions of subscribers dotted in 190 countries across the world, Netflix continues to expand its catalogue of foreign original content and we’re with this push every step of the way. With India being one of the regions Netflix has set its focus on, the streamer announced back in February that Ghoul would join a larger slate of original productions out of India including Sacred Games, Selection Day, and Bard of Blood.

In a statement, Erik Barmack, vice president of international original series at Netflix, declared: “We are proud to continue to invest in original content in India. These three series, from the scary to the supernatural, represent the tremendous diversity that Indian storytelling holds for a global audience. We are thrilled to work with some of the world’s most talented writers and producers to bring these stories to life for India and the world.”

Elsewhere, Netflix director of international originals, Simran Sethi, gave praise to the horror miniseries, describing Ghoul as “a thrilling horror series, both frightening and insightful. Its high production value, a chilling performance from Radhika Apte, and quality writing are sure to scare Indian and global audiences alike.” As certified horror junkies, we have high hopes for Ghoul and all the scares it’s set to bring to our living rooms this August.