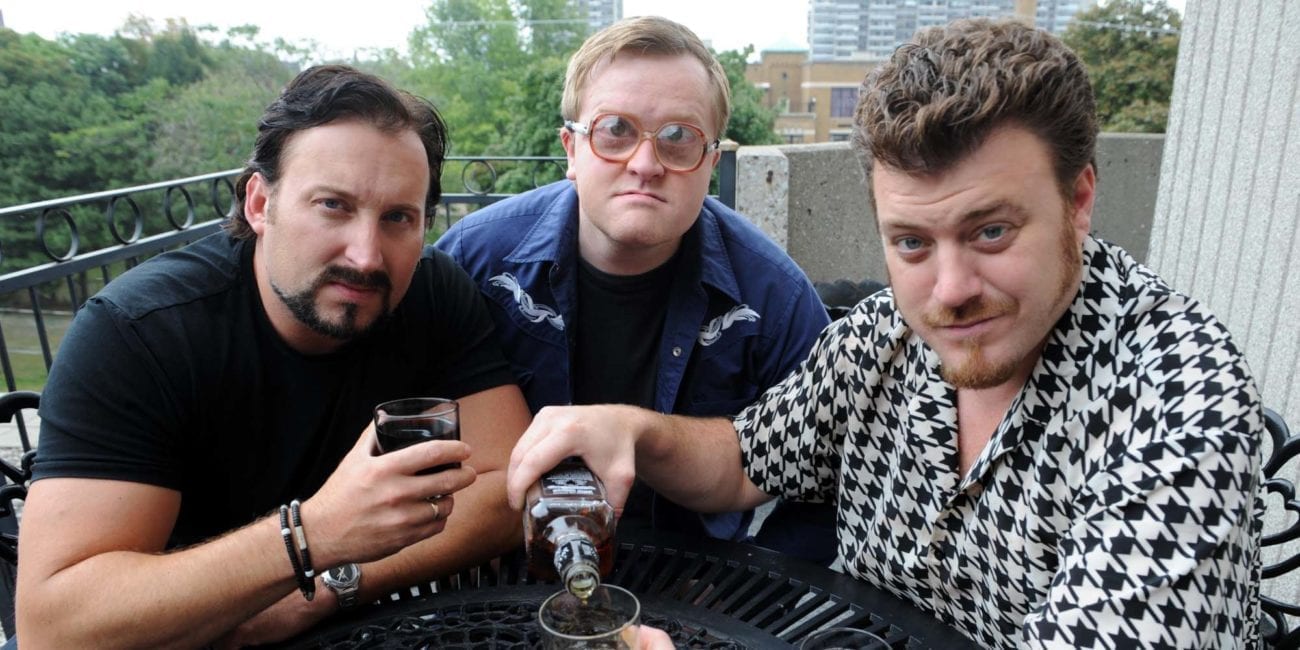 Yes, today we’re on the topic of chemical substances on the little screen, in our rundown of drug-related TV series better than Disjointed – which isn’t a difficult feat when compared with Chuck Lorre’s outdated stoner mess of a half hour “comedy”. We figured we’d help you out and point you in the direction of the most addictive druggie shows more worth your time. So sit back, spark up a fatty, and enjoy.

This HBO comedy series follows the private lives of dozens of New Yorkers who have one thing in common: their weed dealer. Actor and writer Ben Sinclair, who plays The Guy (as in, the dealer guy), struck gold with this web series, back for a second round in 2018. Gnarly.

In a small town where even buttsex is considered the height of depravity, a recently widowed soccer mom (Mary-Louise Parker) pulls a Walter White (or was he pulling a Nancy Botwin?) and starts selling weed to support her family. As you can imagine, her business kicks off and she ends up transforming into a fully fledged marijuana queenpin. The show was such a huge success it ran for eight full seasons before sparking up its final toke.

John Singleton’s series Snowfall focuses on the 1980s African-American L.A. suburb of Compton as it’s about to be struck by a wave of violence and death in the form of a crack cocaine epidemic. The narrative might struggle a little with pacing, but those who stick with it are rewarded with a compelling, impactful drama. And if nothing else, it reinforces the notion that crack is whack. But you knew that already.

An obvious choice. Pablo Escobar is one of the biggest badasses ever to have lived (Did you know he once burned $2 million in crisp banknotes just to keep his family warm?) and actor Wagner Moura (Elysium) fills the role perfectly. Of course, making a show about one of the most powerful drug kingpins in the world doesn’t come without its dangers, and earlier last year filmmaker Carlos Munoz Portal was shot dead while scouting out locations for the show. R.I.P.

Okay, so this show might not specifically be about drugs, but Jeremy (Robert Webb) and Super Hans (Matt King) take enough substances between them to warrant a mention on the list. Plus, there was that time Mark (David Mitchell) got involved in the toilets at the bowling alley. “I’m a drug addict, fuck the police!”

Fun Fact: Super Hans’ character is loosely based on Danny the Drug Dealer in Bruce Robinson’s ‘Withnail and I’ – inventor of the infamous Camberwell Carrot. 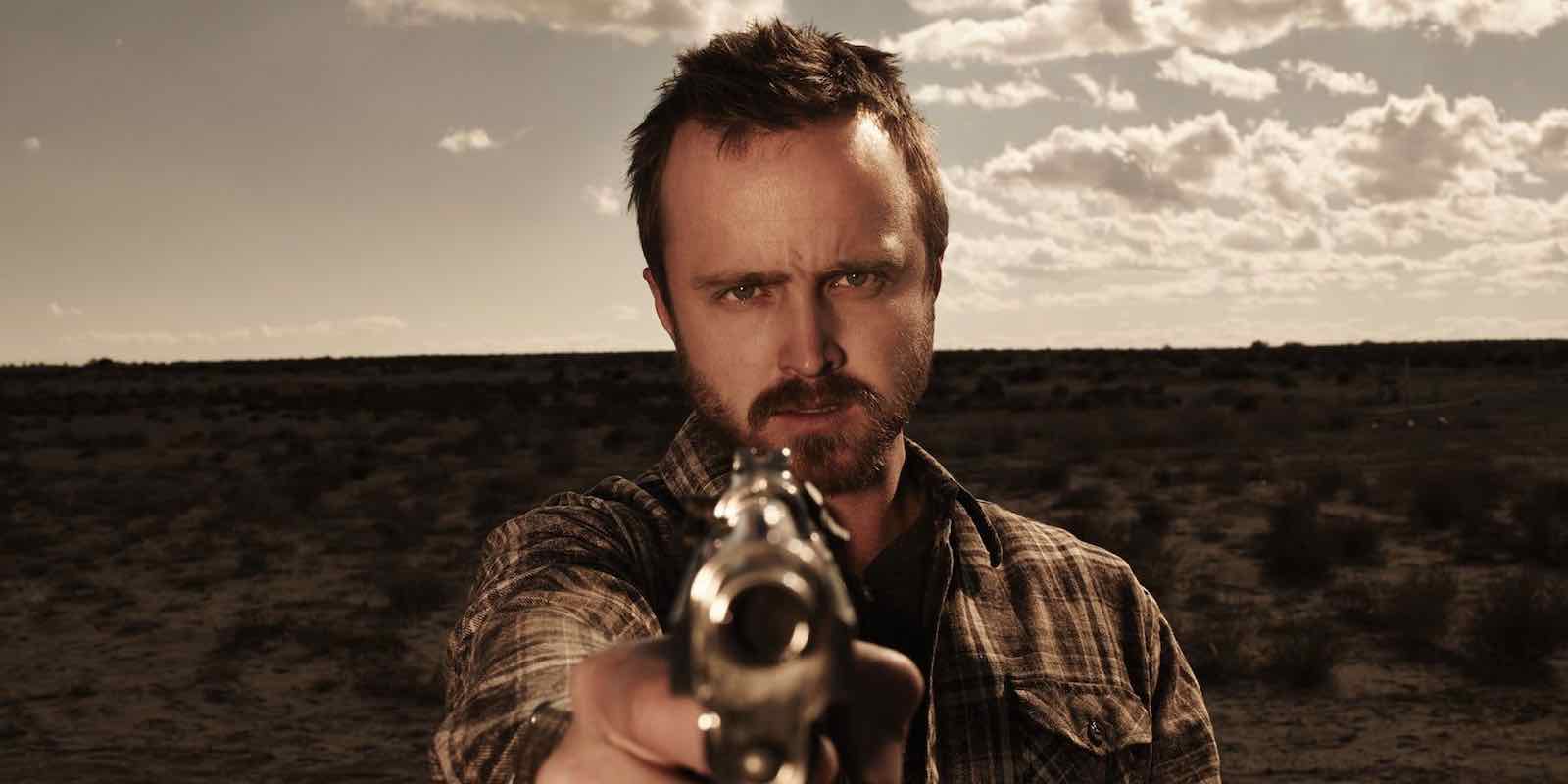 We know, it’s another obvious choice, and we’ve all seen Walter White (Bryan Cranston) and Jesse Pinkman’s (Aaron Paul) meth-capades a gazillion times. But it would be offensive to leave it out of a drug show list and hey, if you’re at a loose end this weekend, it’s always there on Netflix if you fancy another run. Just one more? Go on . . . you know you want to.

It might be nearly 20 years since this cult Brit comedy first graced our screens, but the typical Londoner struggles of Daisy (Jessica Hynes) and Tim (Simon Pegg) will be etched in our memories forever. Plus who can forget comedic genius Mark Heap’s performance as tortured artist Brian Topp? I do anger . . . fear . . . pain . . . . 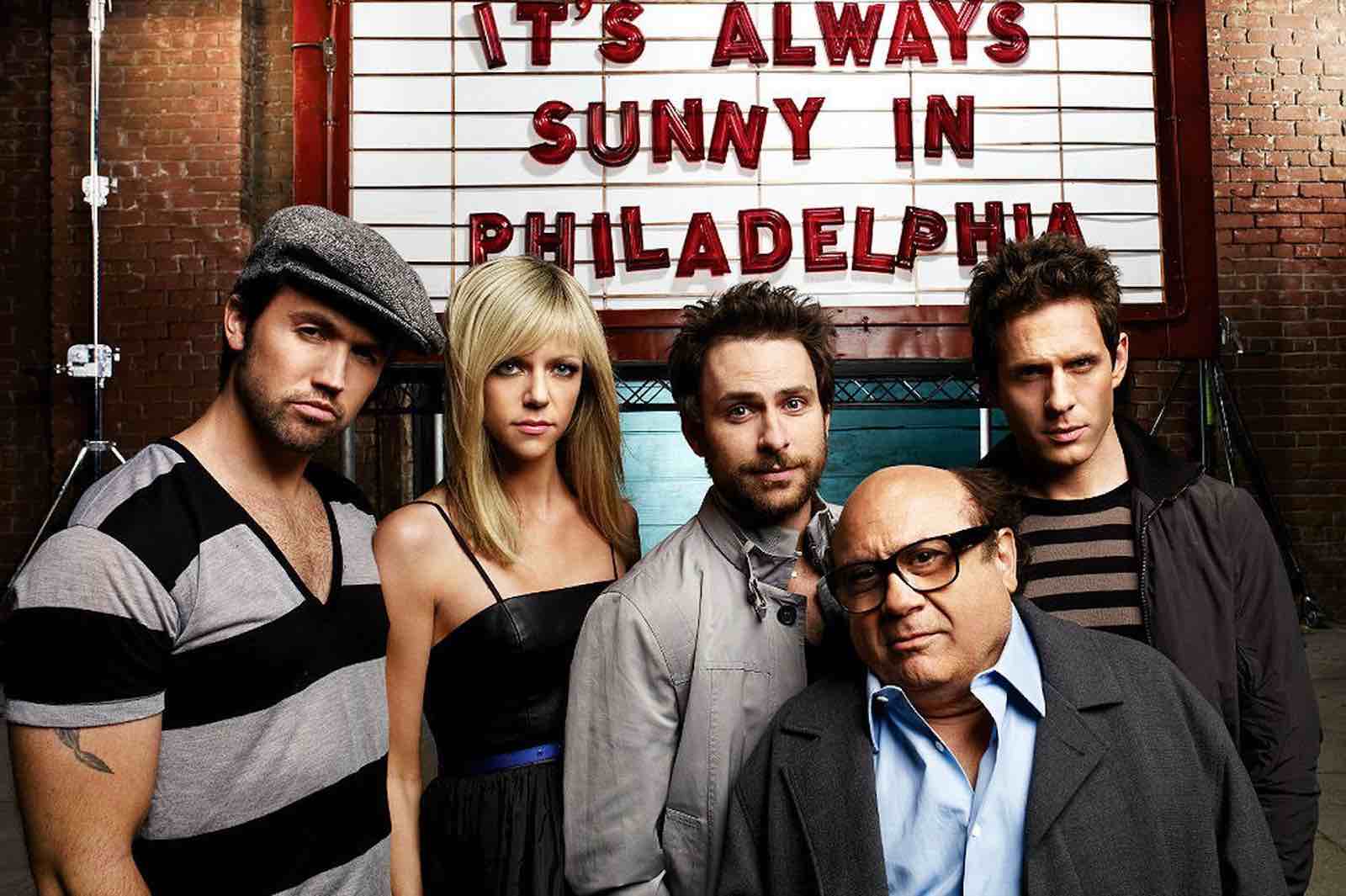 There are too many reasons to list why It’s Always Sunny in Philadelphia is the best, and you already know why. So instead we summarized the show in the form of a limerick:

There was a fun gang from Philly,

Who liked to get f***ed up and silly,

Drugs and insults are plenty,

Sorry, it’s the best we could do. 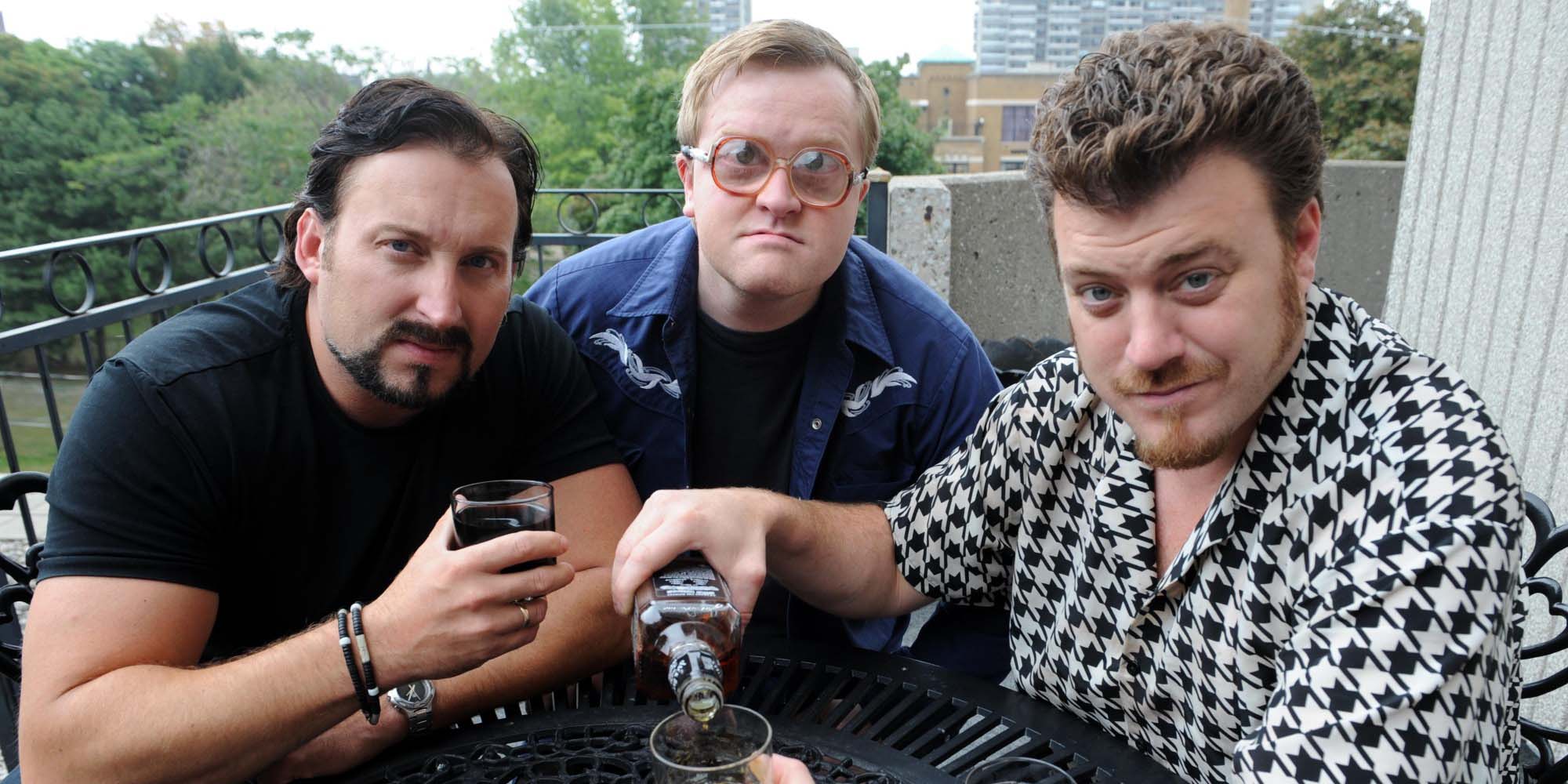 Arguably one of the best stoner shows (or even just best shows), Trailer Park Boys continues to generate a cult following as a series which predated the mockumentary style of The Office.

Despite being in its 50 billionth series, we will never grow tired of Julian (John Paul Tremblay), Ricky (Robb Wells), and Bubbles’ (Mike Smith) endless schemes in the hope that one day they can get a real job and grow some dope. But alas, in a trailer park where Lahey (John Dunsworth) never sleeps, the only thing to do is get drunk and eat chicken fingers!

Okay wait, just hear me out on this one. It might not include drugs or have any plot or narrative to speak of, but come on, the show might as well be called, “whoaaaaa, so that’s how it’s made!” If you haven’t monged out to hours of HiM reruns while scraping Cheez-It crumbs out of the bag, you haven’t lived!