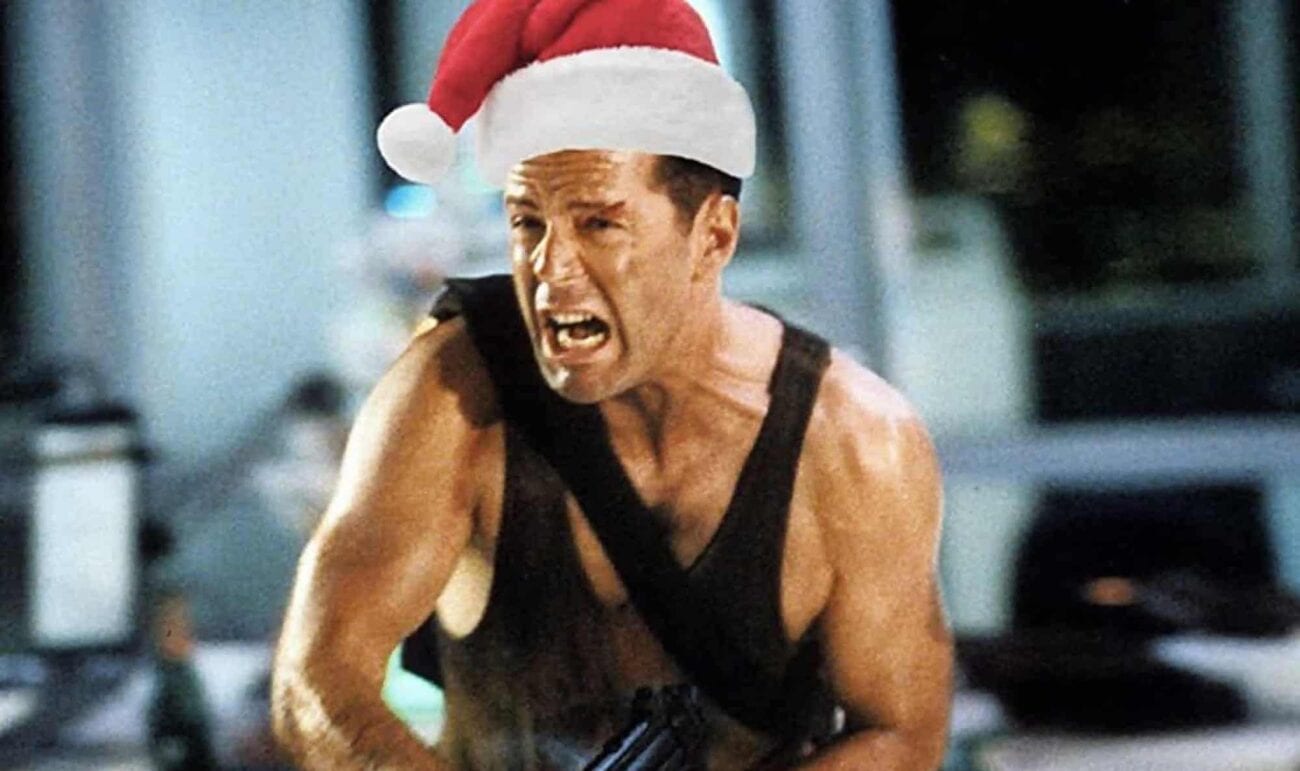 The internet has been fighting to the death over answering the topic of whether or not this 1988 action classic truly counts as a Christmas film. And the debate will rage on and on for years to come. Naturally, there’s a lot of memes about this topic. Surprisingly, most of them are pro-Die Hard is a Christmas movie. Maybe the tide of the debate is turning elsewhere?

Either way, people say Christmas isn’t complete without seeing Bruce Willis fight a bunch of terrorists to a soundtrack of Christmas music. Here are some memes about that. 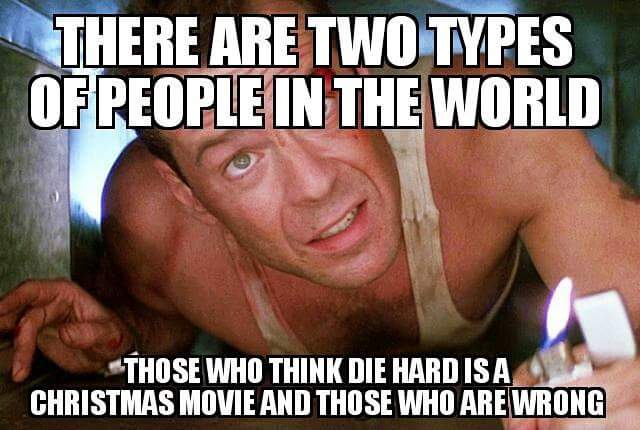 1. Two people in the world…

Ah yes, the true divide of the world. People believe Die Hard is a Christmas movie of the highest degree and those who believe otherwise. Two households alike in dignity but with a fundamental difference. 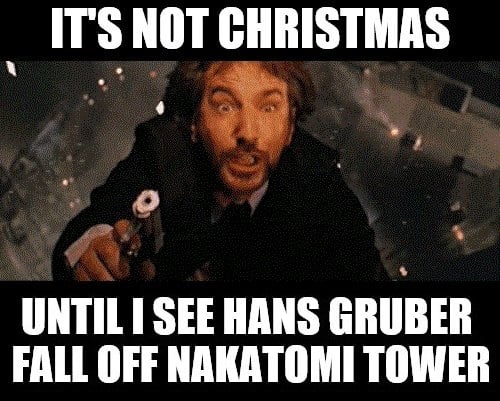 RIP to the great Alan Rickman, but it’s not Christmas until we see Hans Gruber fall off the tower to his death. Rickman was so great in that role too. Ah memories. Anyone else miss him, like, so much? All the time? 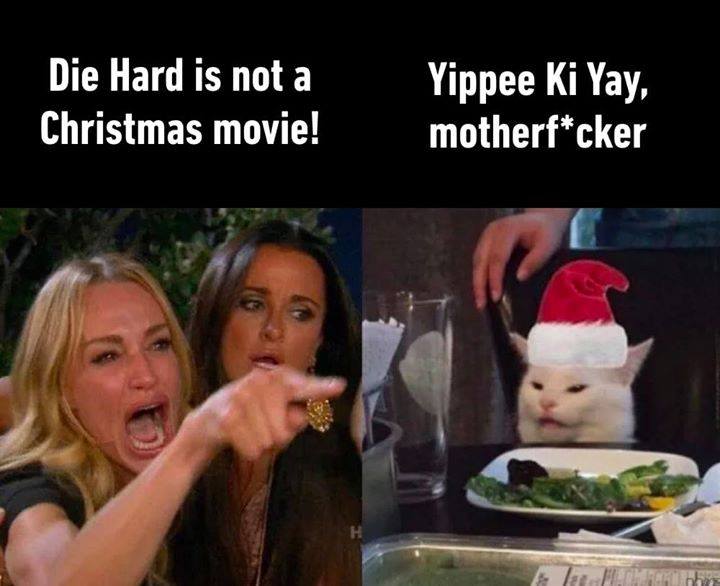 3. The sides of the debate

I mean, the cat isn’t wrong here. That’s the best line possible, isn’t it? But, again, this is how many of the debates online usually go for time immemorial forever and ever. You just got to go with the flow at some point, you know? 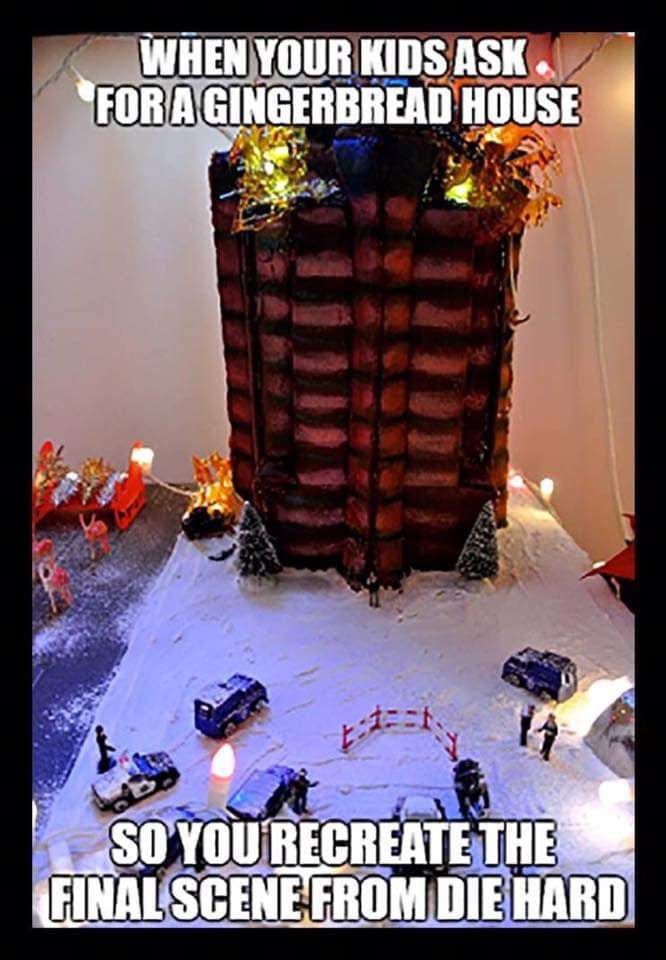 Honestly? The artistry and skill for the gingerbread tower is straight up impressive. Look at it! Good job whoever made that. Then your kids will have to ask about Die Hard and that’s a whole other can of worms. Still killer gingerbread house though. A+++ job. 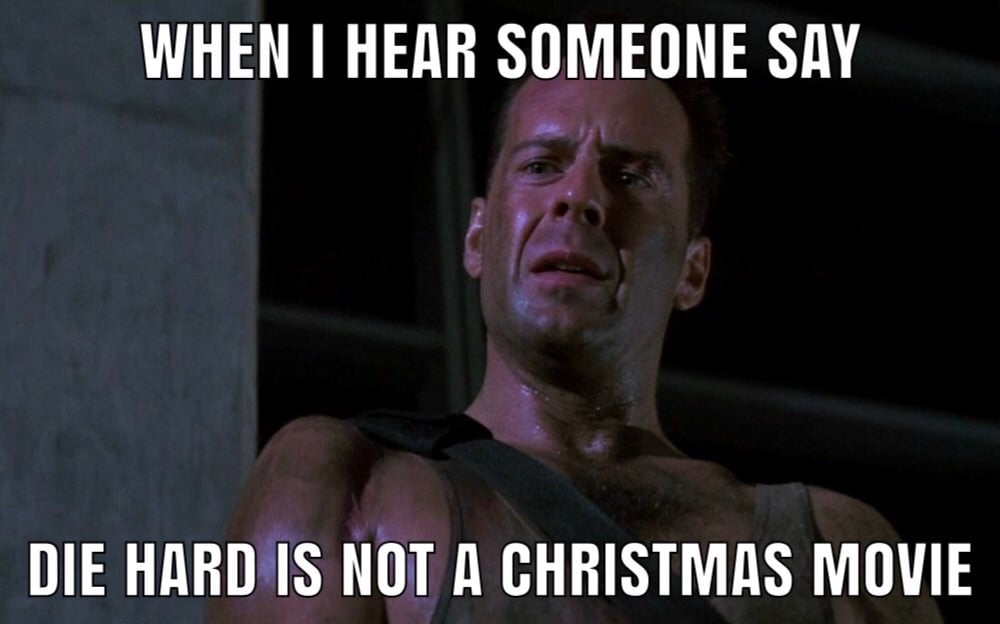 That is the Bruce Willis stage of judgement. Do you want that star directed onto you? Definitely not. It’s a terrifying sort of judgmental stare to be placed on another person. Look at him, he’s judging all of your life choices. 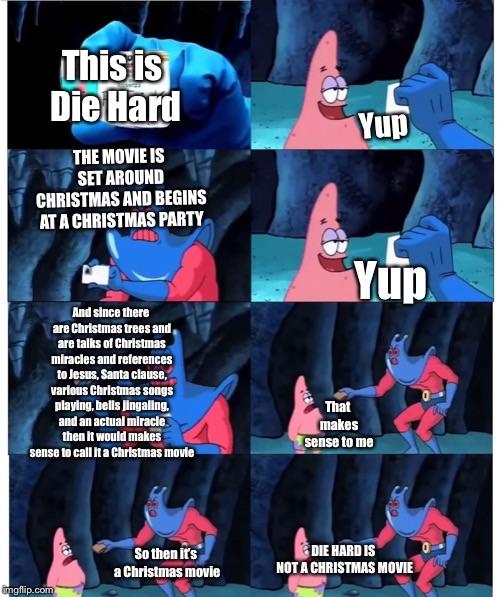 Anyone who has ever tried to argue about Die Hard being a Christmas movie to someone that doesn’t want to change their mind is feeling this frustrating in their very soul right now. People are just set in their ways like that. Man, Spongebob really does have a meme for everything. 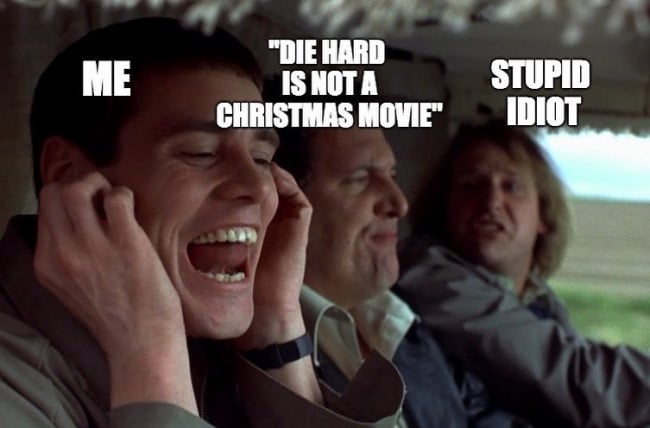 For something that is not a Christmas movie, there’s certainly a lot of Christmas-y things happening in Die Hard. Do you dig it, dude? There’s a lot going on here. 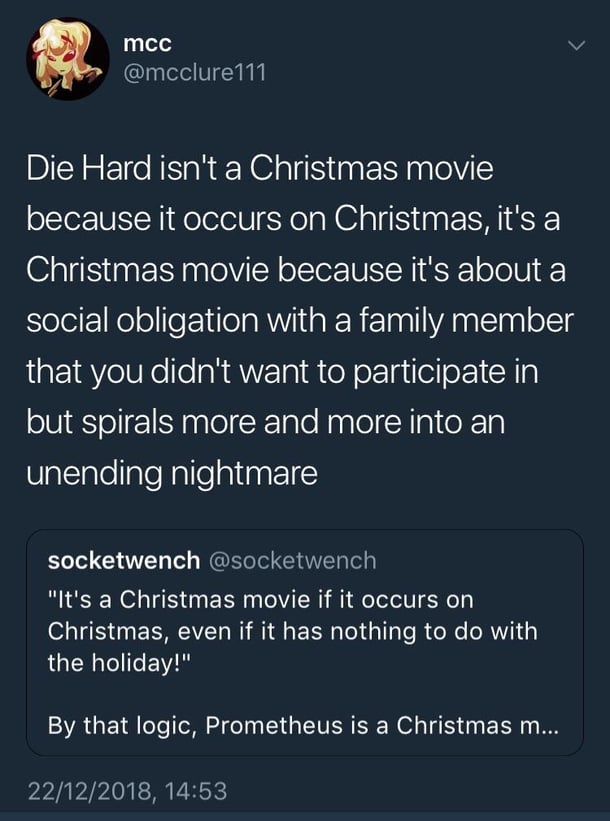 8. The metaphorical nature of Die Hard

Die Hard is truly a metaphor for everyone who has to do socially obligated family holidays and then has to deal with the obstacles that continue to pop up while in the midst of said social obligation. Anyone willing to be some film student wrote an analysis like that? 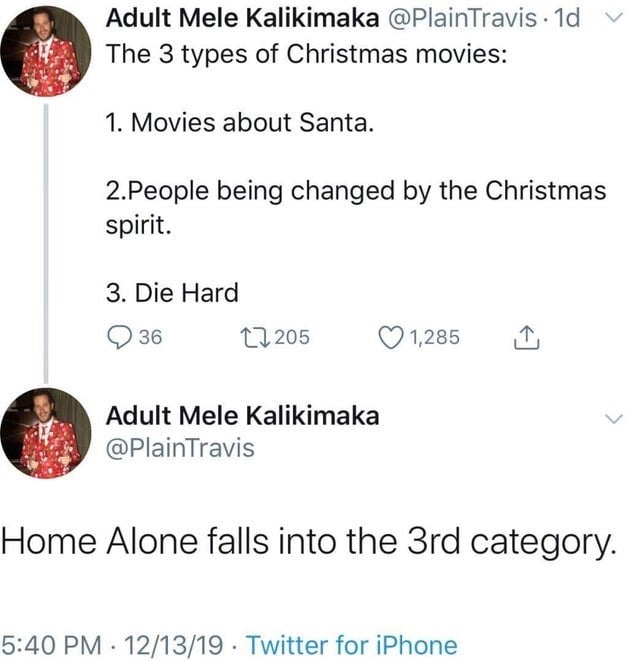 9. They may have something here 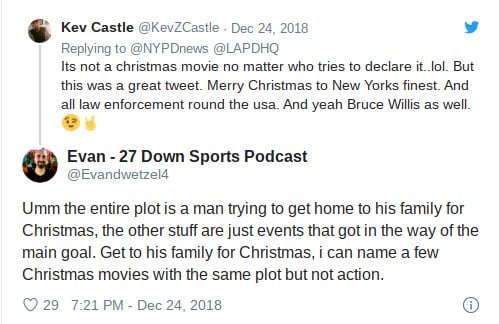 10. The most valid argument ever

At its simplest plot, Die Hard is about a man trying to get home to his family for Christmas. There are a lot of Christmas movies with that same premise. Wow. That’s…that’s probably the most valid argument yet. 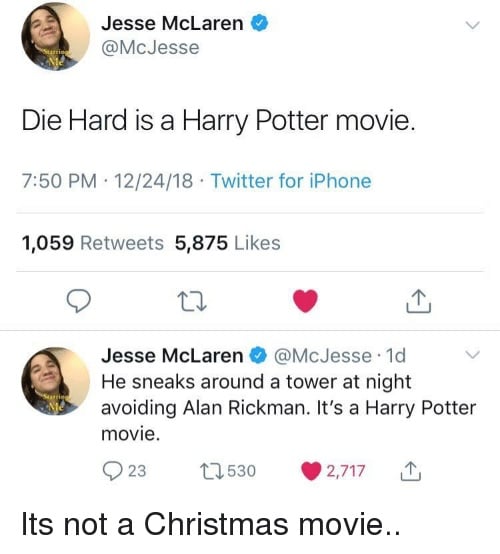 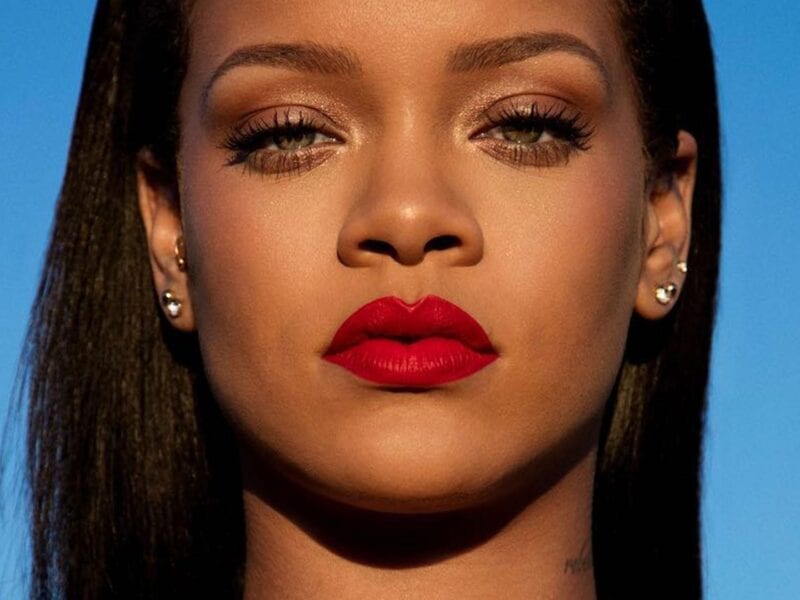 Is 2021 the year Rihanna finally drops a new album? The best fan memes