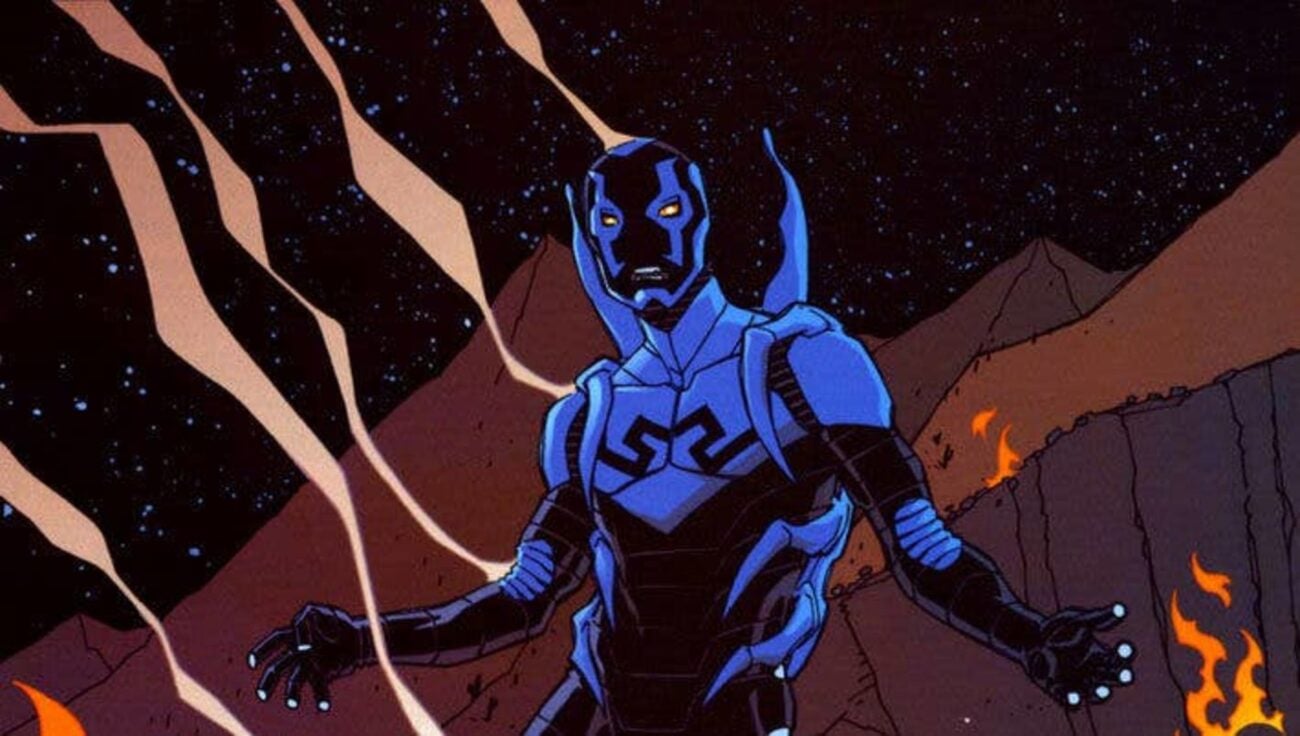 ‘Blue Beetle’: Meet the Latino superhero getting his own DC movie

Fans of Jaime Reyes, rejoice! We’re finally getting a Blue Beetle live-action movie focused on his incarnation of the character. For those of you who are confused, we’re going to dive in. Blue Beetle is a superhero name associated with three characters: Dan Garrett, Ted Kord, and, most famously, Jaime Reyes. Garrett and Reyes received their powers from a scarab object. Kord, however, used the motif and was more tech based.

That’s a really big simplification of things, but we’ll get into Jaime’s power set in a minute. Blue Beetle has been one of those characters that had a dedicated fanbase but not on the level of Batman. Either way, the legacy of Blue Beetle is an important part of DC Comics and its mythos in both comics & television. So who is Jaime Reyes? What will this Blue Beetle movie look like? Here’s what you need to know!

Jaime Reyes is a regular teen from El Paso introduced in DC Comics in Infinite Crisis back in 2005. Following the murder of Ted Kord, Reyes was the one who was able to activate the scarab, which Kord was never able to do, and bond with it physically. The alien scarab fused to his spine, meaning it cannot be removed, and provides Jaime with a super-powered suit of armor with a variety of abilities.

Of course, Jaime does not have any control over these powers. Most of his solo title, excellent though criminally underrated at the time, Jaime Reyes tries to live up to Kord’s legacy as the Blue Beetle while figuring out his own powers and trying to have a normal teenage life with his friends & family in El Paso. If you can find it, then read it. It’s an excellent series despite the short run. 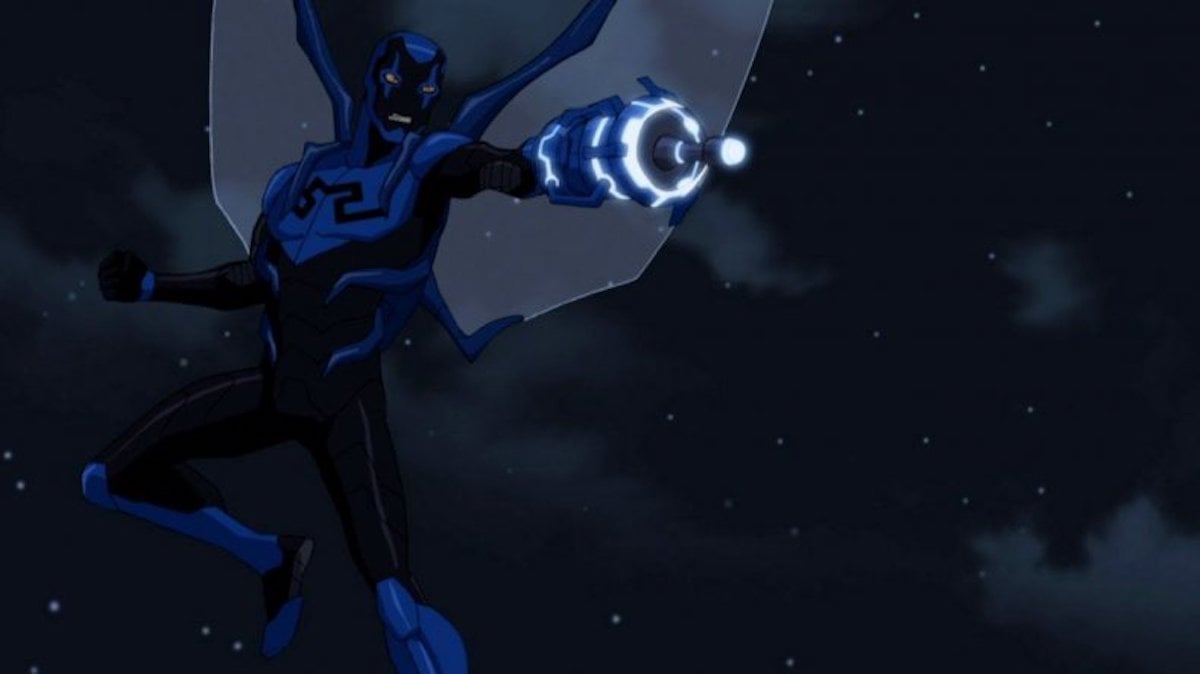 Eventually, the scarab is revealed to have its own consciousness, naming itself Khaji Da, and considering Jaime its best friend. It’s revealed to be part of a collective known as The Reach that wants universal domination as ancient enemies of the Green Lanterns. Due to the power of friendship with Jaime, Khaji Da is able to rebel with his friend and help defeat The Reach.

Jaime is absolutely amazing, and we must all stan him. The character appeared for one episode in Smallville, but you’re probably more familiar with this Blue Beetle via animated series: Young Justice & Batman: The Brave and the Bold. A Blue Beetle movie with Jaime has been high on the list of every DC fan for years. So the fact that it’s finally happening? It’s a big deal. 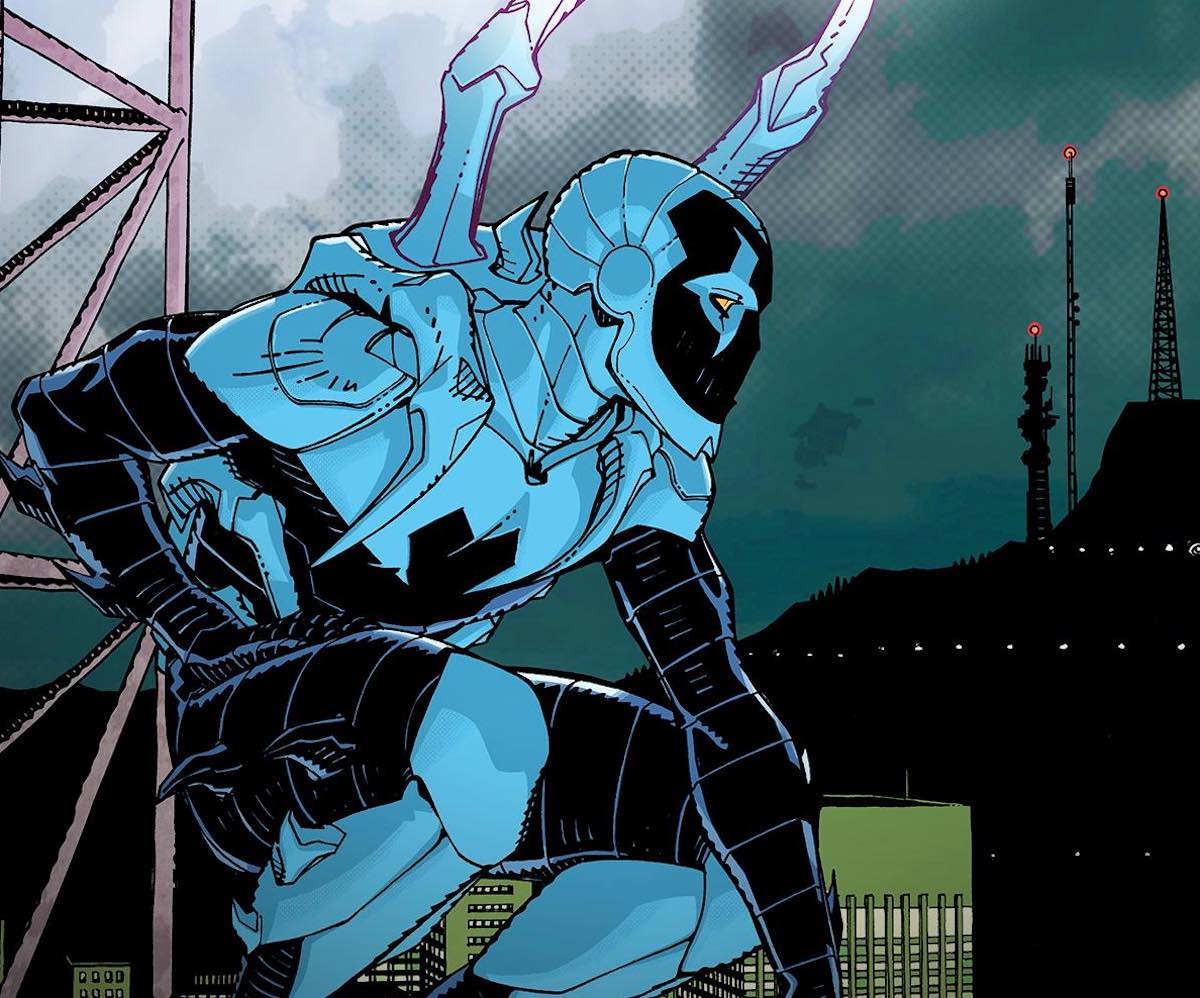 Now we don’t have an actor playing Jaime Reyes. Given the relatively young age of him, however? We’re guessing that a relative unknown will be cast in the role as this Mexican-American superhero. What we do have, however, is the director and writer for Blue Beetle. Both have some seriously great credentials that promise a pretty awesome movie.

Angel Manuel Soto, who directed Charm City Kings, has signed on to direct Blue Beetle. This is DC Films & Warner Bros first superhero movie with a Latino character in the starring role. Writing the script will be Mexican-born screenwriter Gareth Dunnet-Alcocer, who has penned some very exciting scripts. He’s the writer behind the Universal remake of Scarface and Sony’s Miss Bala.

In a statement to The Wrap, Soto said. “It is an honor to direct Blue Beetle, the first Latino superhero film for DC. I want to sincerely thank everyone at Warner Bros. and DC for trusting me to bring Jaime Reyes to life. I can’t wait to make history together.” We are so excited.

Currently, there’s no release date for Blue Beetle. Hopefully, production can start in Fall 2021. Who would you like to see as Jaime Reyes? Let us know in the comments.