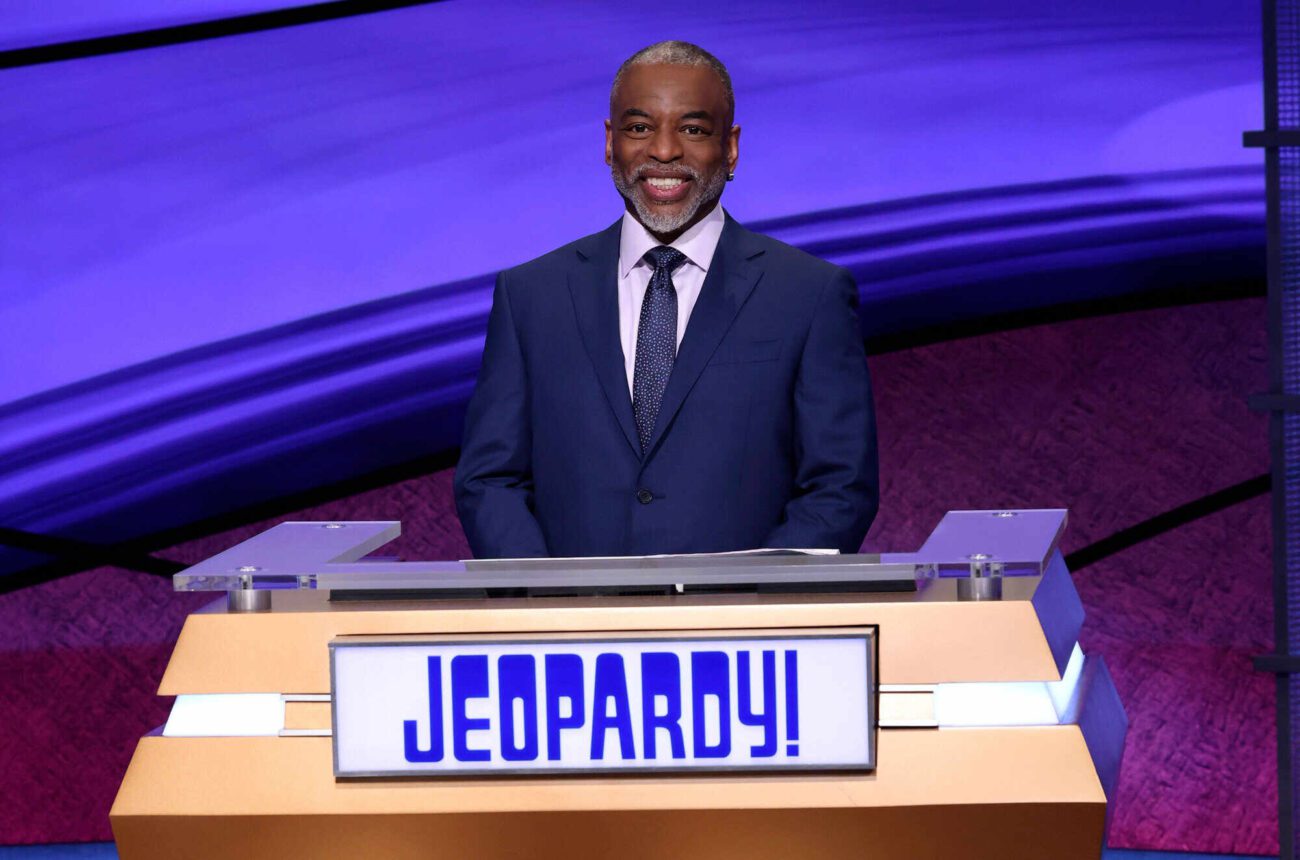 Category is…: How is LeVar Burton the next guest host on ‘Jeopardy’?

Since the tragic passing of the late Alex Trebek, Jeopardy! has been fitting in guest host after guest host to fill in during the meantime as the team prepares to find a permanent host for the classic television game show. LeVar Burton is currently up to be the next game host on the TV show, but could his position actually end up being a permanent one. He certainly hopes so. Let’s see if we could expect to see him as a regular soon here.

Not gonna lie, I feel like I’ve been preparing my whole life to occupy the @Jeopardy host podium when Alex retires. #Jeopardy https://t.co/N1HrMTCaYI

Alex Trebek was an absolute legend who will always be remembered for being such a beloved figure on our TV screens as the Jeopardy! host for thirty-seven years. Now that the legend has passed though, the game show has since been inviting guest hosts to take over each episode for the time being. From this Monday to Friday, LeVar Burton is the next host up for Jeopardy!, but unlike all the others, Burton wants to stay on for good.

It comes as no surprise that someone like LeVar Burton would want to be the next permanent host for the Jeopardy! TV show when looking back on his career. The figure first moved the world in the 1977 miniseries Roots in the role of Kunta Kinte, then captured the attention of kids all over the country by being the narrator of Reading Rainbow which helped promote the importance of reading and literature to children.

Then, the star played the role of Geordi La Forge in Star Trek: The Next Generation. Just like Alex Trebek, it’s clear that LeVar Burton has certainly made an impact on American culture. So can he really live up to the name of Alex Trebek as the next host of Jeopardy!? Well, considering the past career that he has led and all the other projects he has done, we seem to think that LeVar Burton truly does have what it takes for the job.

Even if nothing comes from it, I can’t tell how much how I appreciate all y’alls love and support! 🙏🏾♥️

In the past weeks leading up to his guest appearance as the Jeopardy! host, LeVar Burton has made it perfectly clear he wants a permanent spot on the game show. Crazy enough, he’s actually been publicly speaking about this since May of 2013, when he first tweeted: “The new Host of #Jeopardy”. The tweet from way back when was immediately met with positive feedback from fans, with one even saying: “I would totally watch this”.

In September of 2020, the star once again spoke out on Twitter, writing: “Not gonna lie, I feel like I’ve been preparing my whole life to occupy the @Jeopardy host podium when Alex retires”. Prior to his passing, Trebek had often spoken out about the possibility of retiring, although he had said it would not have been anywhere in the near future. In November, a fan even started a Change.org petition for LeVar Burton to be the host.

The petition garnered over 257,000 signatures, and even got the recognition of LeVar Burton himself, who expressed: “Even if nothing comes from it, I can’t tell how much [sic how] I appreciate all y’alls love and support!” In a later interview with The New York Times Magazine, he expressed his reasoning behind wanting to be the host: “It’s difficult to explain, but there’s something inside me that says this makes sense”.

THANK YOU… to all y’all for your passionate support! I am overjoyed, excited, and eager to be guest-hosting Jeopardy!, and will do my utmost best to live up to your faith you in me. YOU MADE A DIFFERENCE! Go ahead and take my word for it, this time. https://t.co/C7mZWMok2X

“I feel like this is what I’m supposed to do. I have been watching Jeopardy more or less every night of my life since Art Fleming was host. Jeopardy is a cultural touchstone, and for a Black man to occupy that podium is significant. Look, I have had a career for the [expletive] ages. Roots, Star Trek, Reading Rainbow. Won a Grammy. Got a shelf full of Emmys. I’m a storyteller, and game shows are tremendous stories”.

“There’s a contest, there’s comedy, there’s drama. If you don’t know your [expletive] on Jeopardy you’re sunk in full view of the entire nation. The stakes are high. I love that”. He also shared to EW: “I don’t believe there is anyone out there who is better suited for this job than me. And I will go to my grave believing that. I think my whole career is an advertisement for being the host of Jeopardy”.