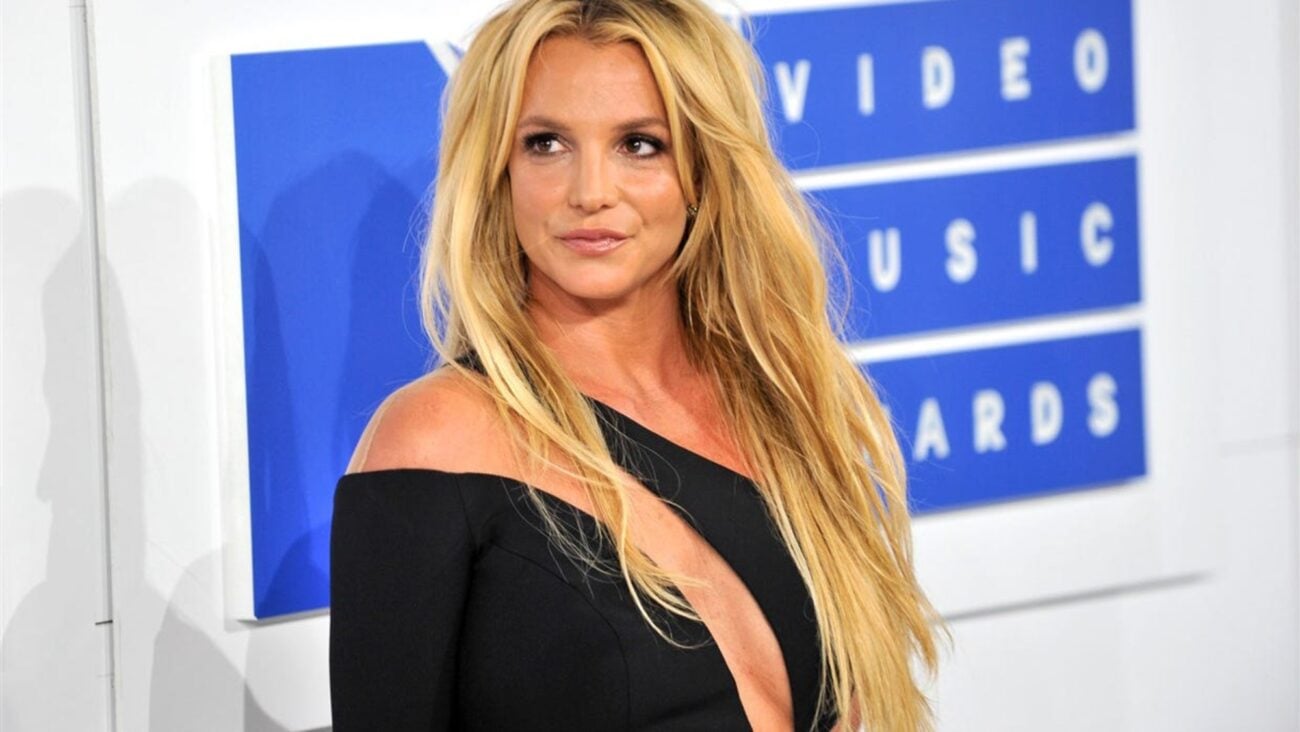 Britney Spears and her kids: The cutest moments between the three

With the latest documentary about the princess of pop, aptly named Framing Britney Spears, making its way into the spotlight – her name seems to be back in the tabloids once again. The New York Times-produced documentary primarily covers Britney Spears’s court-sanctioned conservatorship led by her father Jamie Spears and battle for her fortune, custody of her kids, and the media-portrayed image of female pop stars.

While Britney Spears, 39, has lived a tumultuous life post her popstar-career peak and is still fighting for the freedom to live unhinged to this day –  there have been times when Spears seemed to have enjoyed unadulterated joy in the presence of her kids.

However, similar to many of Britney Spears’ highly publicized personal struggles – the journey to reach her own kids has been a tough (& ongoing) one. The “. . . Baby One More Time”-singer birthed her two boys, Sean Preston (fifteen) & Jayden James (fourteen), during her three-year marriage with ex-husband Kevin Federline. 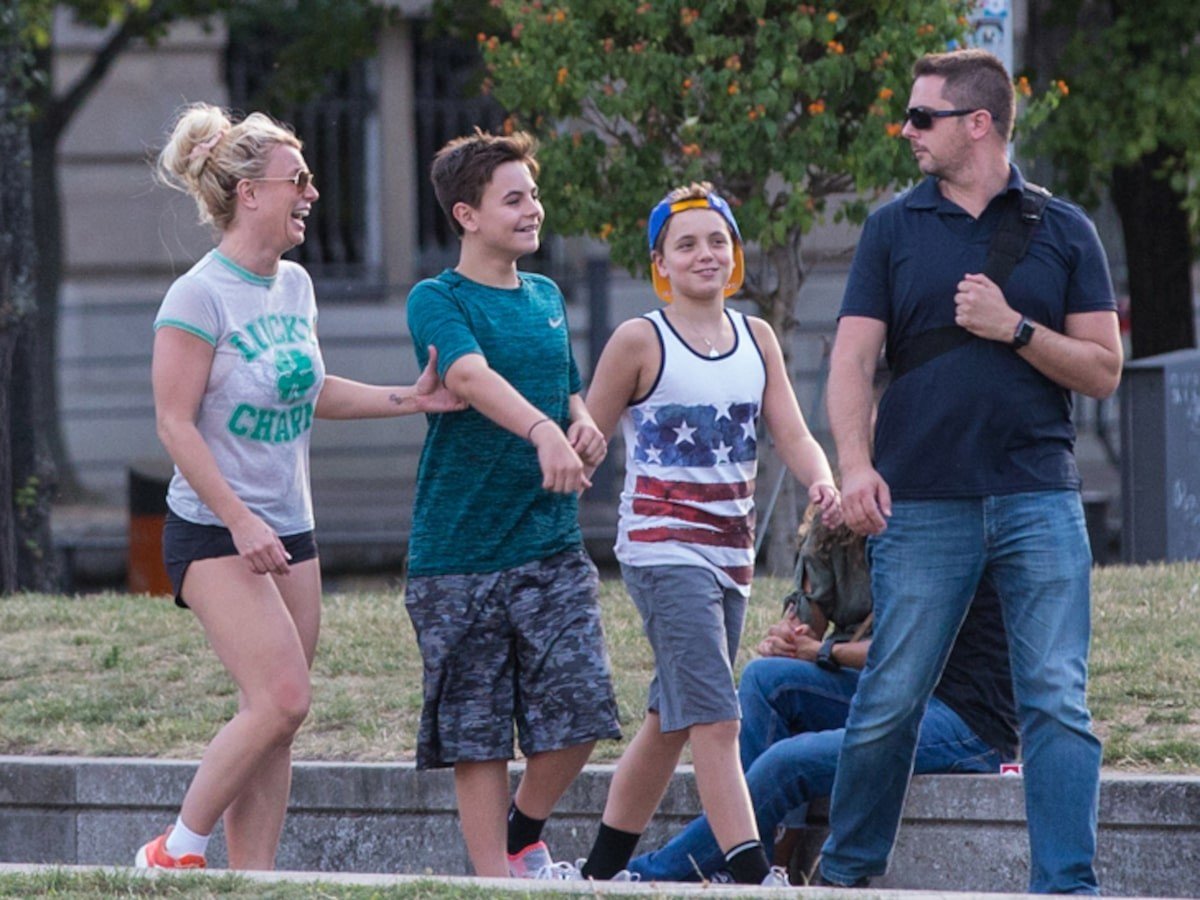 Married in 2004, Britney Spears asked for legal custody of her kids with visitation rights for Federline at the time of her divorce in 2007. However, the 50-50 custody arrangement between the both ended when Spears was found to be involved in “habitual, frequent, and continuous use of controlled substances and alcohol”, according to CNN’s report.

Around the same time, Britney Spears was going through her infamous mental health crisis where multiple mishaps of Spears’ “instability” – such as the famously documented head-shaving – led to her losing custody of her kids and resulted in the involuntary conservatorship with her father overseeing her career & estate.

In 2019, Britney Spears was granted 30% custody for her kids while Federline still had the majority (70%) after the years-long court battle between the split couple. In the same year, Fox News reported Spears was going to resume battling for the original 50-50 custody arrangement. 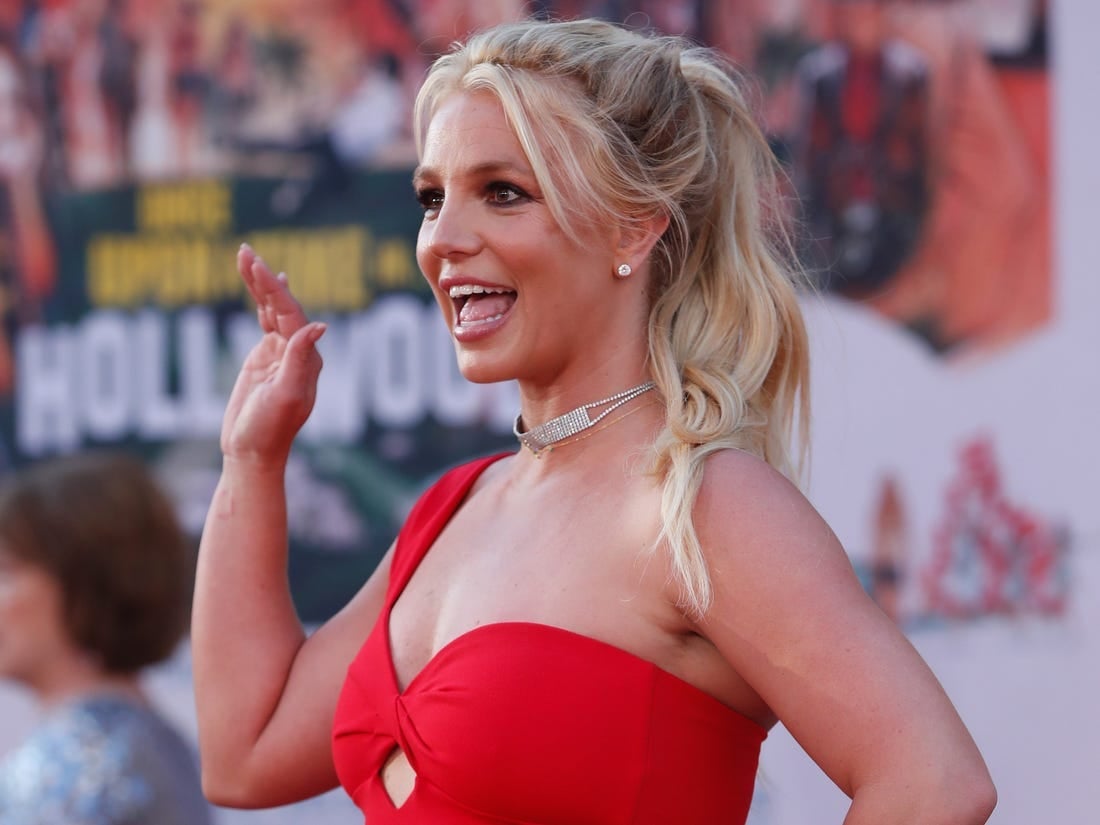 Although the media might have done Britney Spears dirty, some of the most adorable moments with her kids have been documented over the years to our delight. While the “Toxic” singer is known for her killer performances on stage, Britney Spears makes for a playful & cute mom too. Let us look at some of Britney Spears’ mom-moments with her beloved now-teen kids, Sean & Jayden. 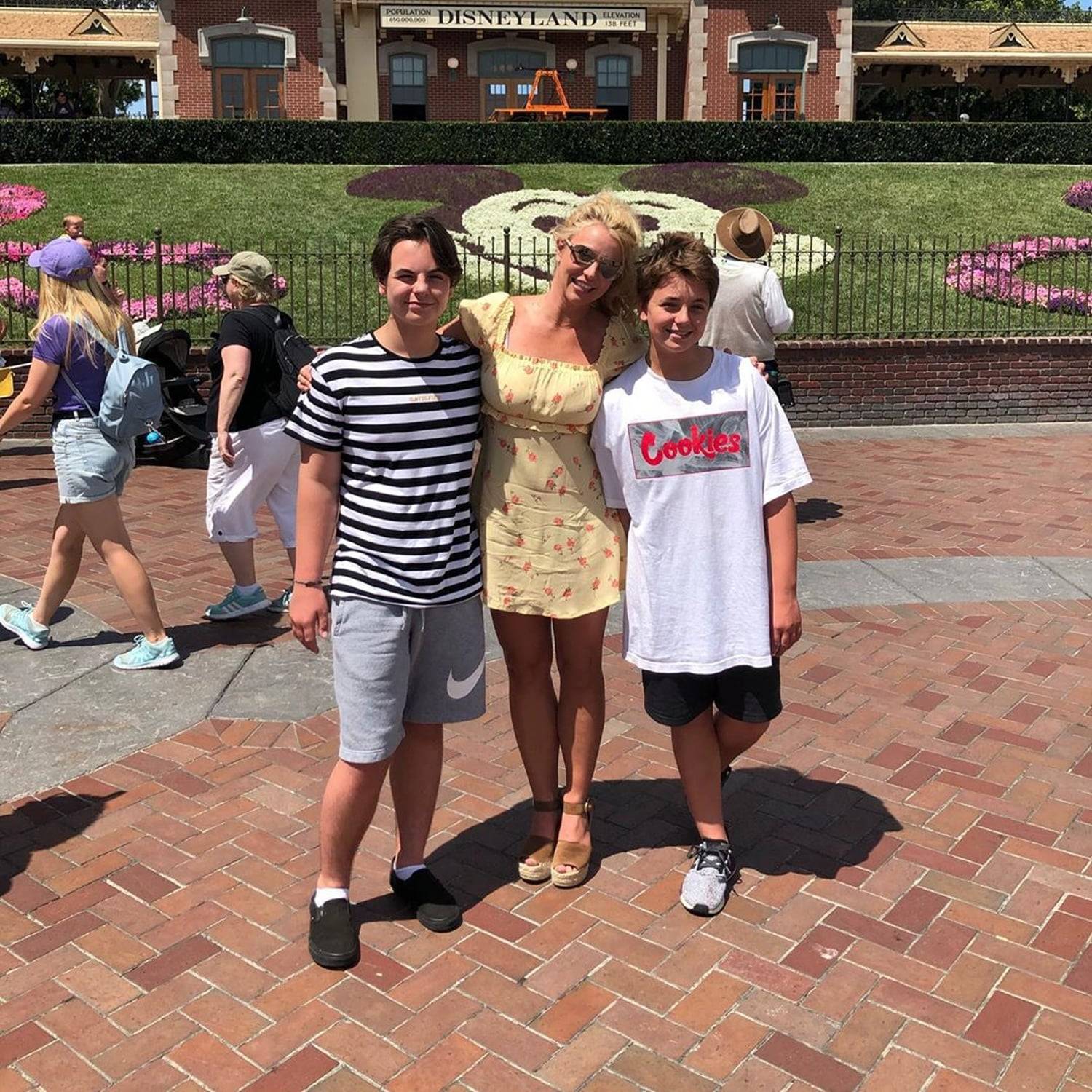 In August 2019, Britney Spears posted a picture with her boys at Disneyland and noted her glee in her teenage kids taking pictures with their mom although “they don’t like their picture taken ever” in the caption. How sweet! 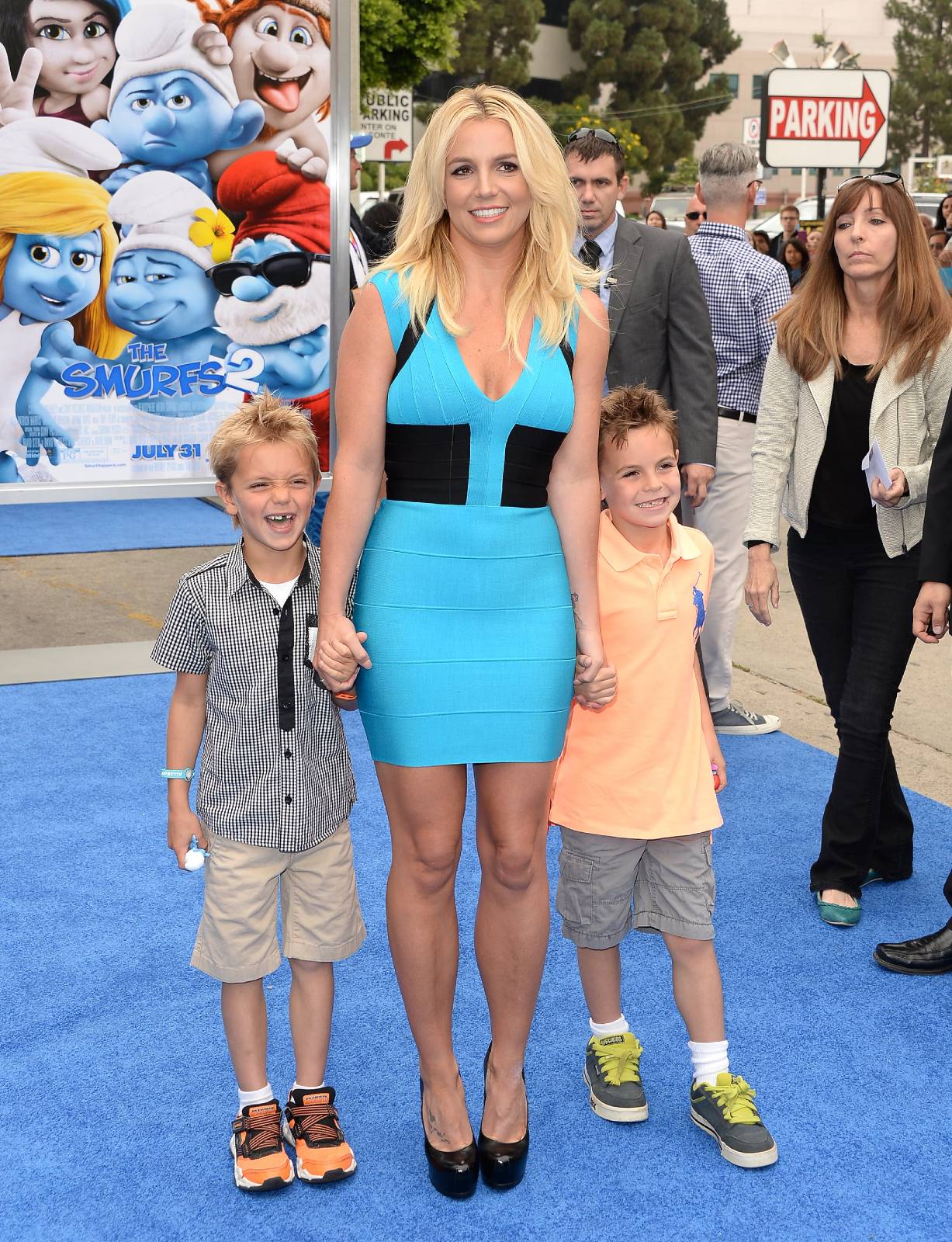 Britney Spears walked the red carpet for The Smurfs 2 premiere, for which she had recorded the soundtrack “Ooh La La”, with her sons, who were six & seven then. The pop singer had shared her sweet excitement on Twitter, “Getting ready with my baby boys to head to the #Smurfs2 Premiere. They are bouncing off the walls :)”.

Britney Spears’ two kids were positively beaming as they stood on either side of their proud mom at the event as Britney wrote after, “Awww! #Smurfs2 was super cute! The boys loved it.” 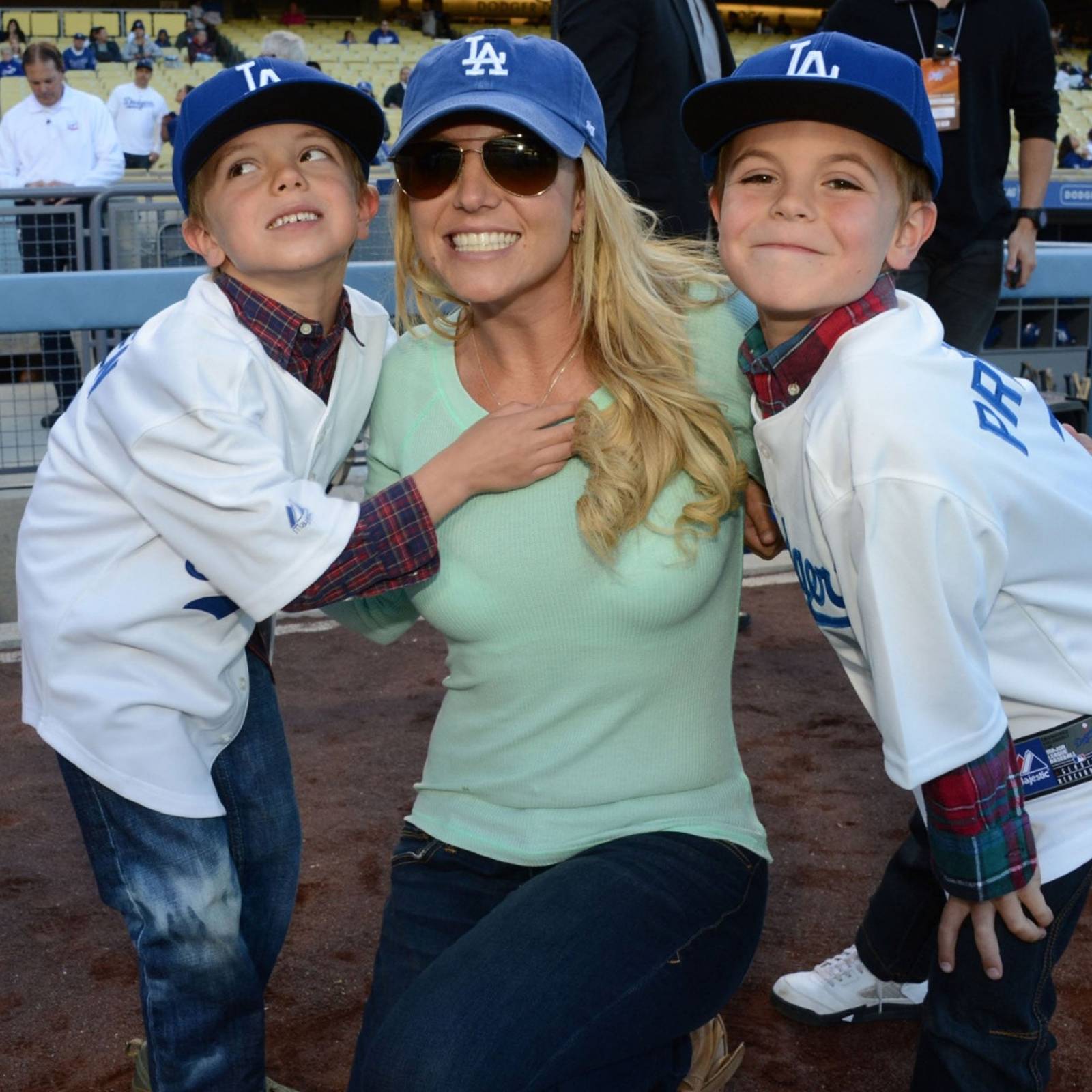 Supermom Britney Spears took her sons to meet the LA Dodgers baseball team when they played the San Diego Padres at Dodger Stadium in 2013. The Grammy-awarded singer tweeted the picture of her wearing matching Dodgers merchandise along with her jersey-clad kids and it looked like the trio had the best time ever! 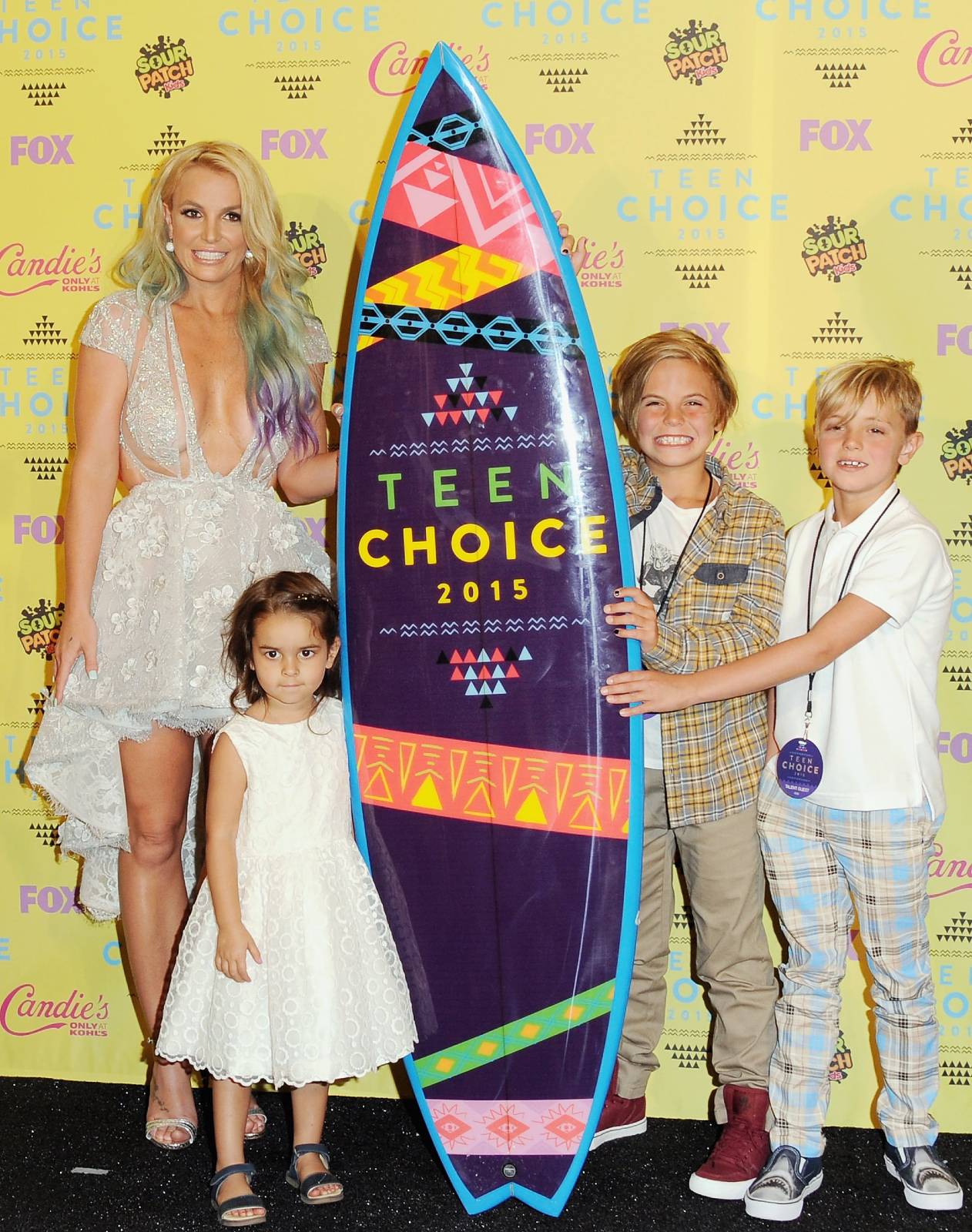 The magical night when Britney Spears juggled her personal & professional lives enchantingly by bringing her kids, Sean & Jayden, as her date to the award show. The pop icon of a mother glowed in the presence of her two sons as she accepted the Candie’s choice style award for the night.