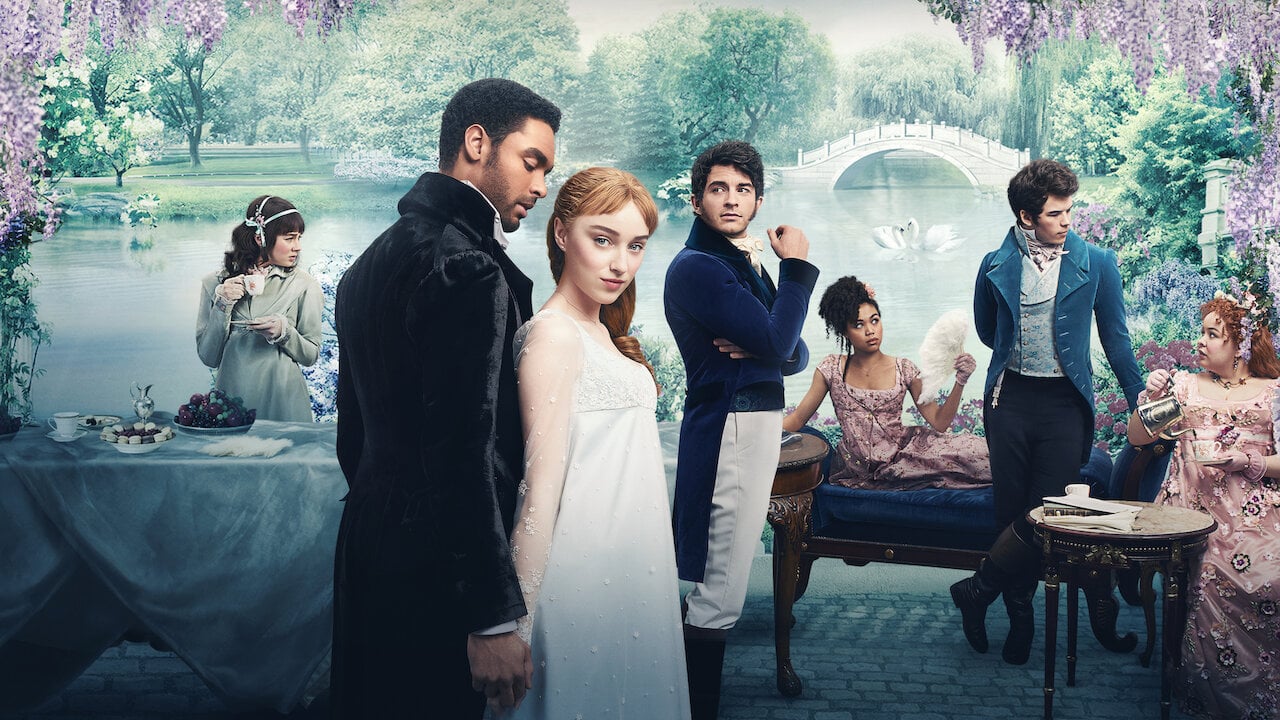 ‘Bridgerton’ is Twitter’s favorite show – these tweets prove it

We want to return to the ton! It’s been a couple weeks since Bridgerton’s initial release and we’re already missing it. The glamor and the drama of season 1 provided the perfect escape for everyone during 2020.

While we all await more from Lady Whistledown – let’s show you why everyone is in love with Bridgerton.

the power of this scene #Bridgerton pic.twitter.com/gBFYcPiUQq

The force is strong

Wow, a couple who pretend to be a couple then fall in love . . . we’re invested. Bridgerton is the perfect mix of romance, drama, and comedy. We stan the Duke of Hastings and Shondaland’s new series.

it's always "wyd" and never "I burn for you" #Bridgerton pic.twitter.com/witADyl6zF

Is romance dead in 2021? Apparently so. If your partner doesn’t utter the words “I burn for you” then we don’t want it. It’s either Bridgerton romance or it’s not even worth it.

i’m only watching Bridgerton for the plot 😁

LITERALLY ME
Not me taking with “Your Grace”, “My Lord” with my family 😃 #Bridgerton pic.twitter.com/N2iafTkaVv

We’ve all started speaking like those from the ton. Can we take a second to appreciate those musical remakes? “Thank U, Next” has never sounded so regal.

There’s more to Bridgerton than sex, but that doesn’t mean we can’t appreciate those particular scenes. There’s a whole episode filled with sex scenes and fans didn’t disapprove.

*end of every episode of #BRIDGERTON “xoxo Lady Whistledown” pic.twitter.com/mXBBbzfY2U

We knew that Lady Whistledown sounded familiar. Who else narrates and gossips about the people surrounding them? Gossip Girl. Bridgerton is Gossip Girl with a Regency-era flair.

Netflix: Did we mention this is based on an 8 book series?

Get my reading glasses!

Eight books? We can potentially have eight more seasons of Netflix’s Bridgerton? While we wait for any confirmation, fans everywhere have begun reading the series and we’re joining them!

simon: i’m afraid it will have to wait. I have plans of my own for my new bride

literally the whole staff having to stand there and listen to this: #Bridgerton pic.twitter.com/itJbrEKUKF

Our favorite part about Bridgerton sex scenes between the Duke & his new Duchess is the staff’s reaction. They all know what’s going on and can hear it, but have to go about their normal routines. “They’re doing what in the library?”

Allow me to introduce my queen, Eloise 💆‍♀️✨ #Bridgerton pic.twitter.com/9ld83XcVvQ

Why do we love Bridgerton? Eloise. We can only hope that if we ever get future seasons that Eloise gets the happy ending that she deserves!

Okay, who didn’t tell us that Kevin, Joe, and Nick Jonas starred in Bridgerton? This is groundbreaking!

Have you watched season 1 of Bridgerton? Let us know your favorite moment in the comments below.