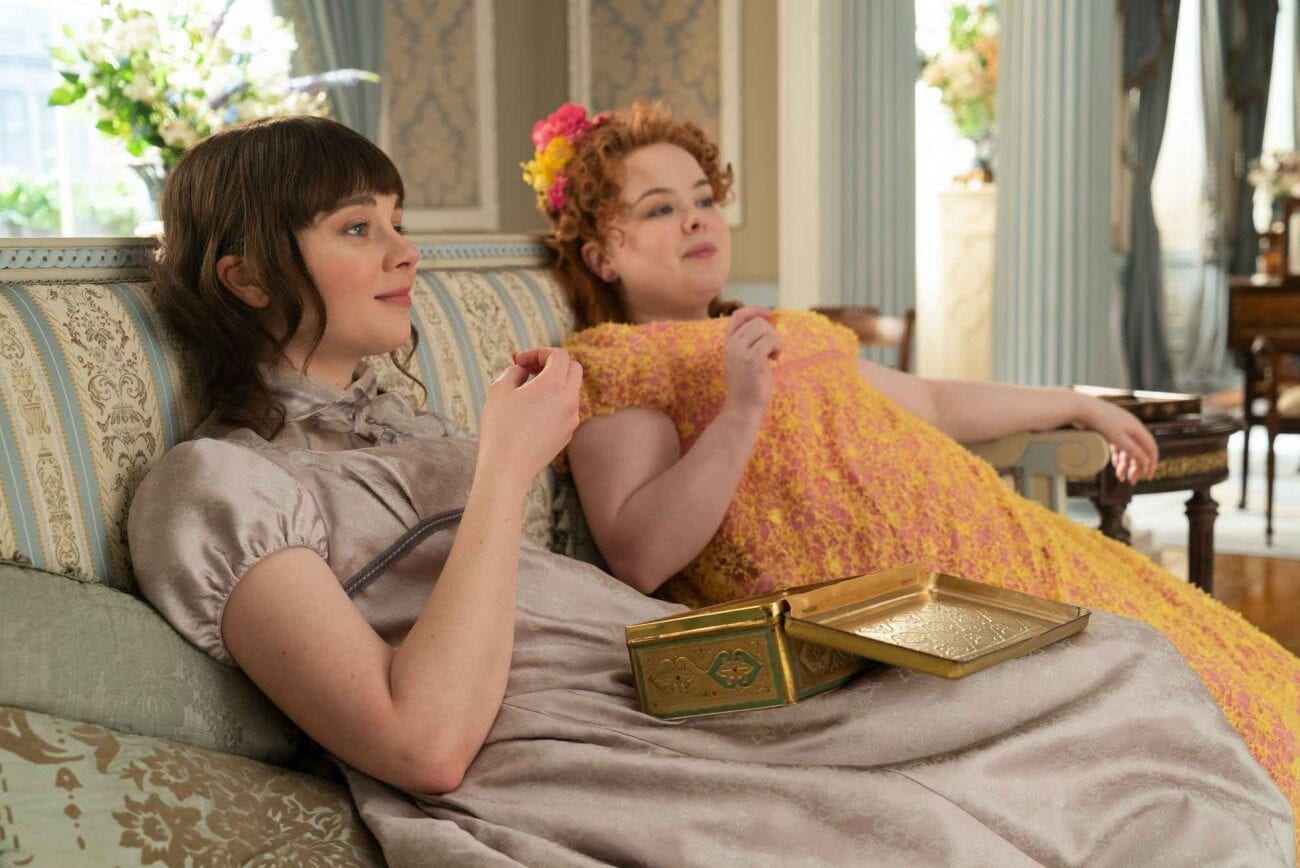 Are you addicted to ‘Bridgerton’? These memes are perfect for you

Bridgerton fans have been enjoying the sexy period drama from Shondaland. From the gorgeous face of Simon Basset (Regé-Jean Page) to the simply perfect period dramas to the general aesthetic of it, this Christmas Day present from Netflix has made Bridgerton fans out of everyone. With that, naturally, the memes come. After all, when you love something, then there are memes.

With that in mind, it’s time to dive into the world of Bridgerton memes. 2021 is already a dumpster fire, so we might as well sink deeper into escapism. Let’s head down into the ton in order to share some truly excellent japes in the form of memes. Because, let’s be real, if Lady Whistledown existed in 2021, it would be all about the memes.

I started rewatching #Bridgerton and this is now an Eloise Bridgerton stan account pic.twitter.com/9iGbCkbPtu

Let’s just agree that we all probably overly related to Eloise during the course of the first season. Her annoyance with the marriage market, the way she wanted to find Lady Whistledown, here’s hoping she gets her own awesome story in season 2. She definitely deserves it!

I’m watching #Bridgerton for the plot.

To be that spoon

How is he so hot?! How? How can one man so beautiful exist? Yet here we all are wishing to be the spoon that Page is licking. That’s just something we’re collectively doing right now as a people.

#Bridgerton has done the most for spoons since ice cream.

To what lockdown did for bread, Bridgerton did for spoons. And, seriously, it did a lot for spoons. Like, wow, that did something for a lot of people. Most of these memes are about the spoon thing, to be honest. And it was certainly something.

Let’s be straight up, the Gossip Girl but make it Regency comparison is there. It’s been there since day one. And it will continue to be there. Unlike Dan Humphrey’s reveal, the Lady Whistledown one comes a) way earlier and b) actually makes sense.

This meme brought to you by Bridgerton on Netflix pic.twitter.com/Xrj4BkQiMM

Kinda proud of myself for finishing all eight episodes of #Bridgerton without once being able to tell the three Bridgerton brothers apart pic.twitter.com/g3BQTK8m5p

Maybe this why their parents went with alphabetical names

Oh the Bridgerton brothers. All attractive with dark hair and not one of us could tell them apart. There was Sideburns, Artist, and the one with a Regency pompadour. Maybe try colors to separate them? That could help a fair bit.

Any man: *looks at Daphne Bridgerton*

This is how the first episode went, right?

You better not even think about looking at Daphne Bridgerton in the first episode because Anthony (Sideburns) will just mess you right up. He’ll put a stop to it so fast your head will legitimately spin.

Eloise trying to figure out how babies are made #Bridgerton pic.twitter.com/BWO3JrvxIM

Woman on a mission

You know, if the Bridgerton girls just knew. Yes, we know it was the times. But seriously when they ask someone to answer the question! Eloise will just find out one way or another after all.

what’s the first thing you notice when a man stares at you?

Make a match? In this economy? No thanks.

Eloise would also just probably like to peace out before she has to do something like talk to him. You go, Eloise. Live that best life possible, girl.