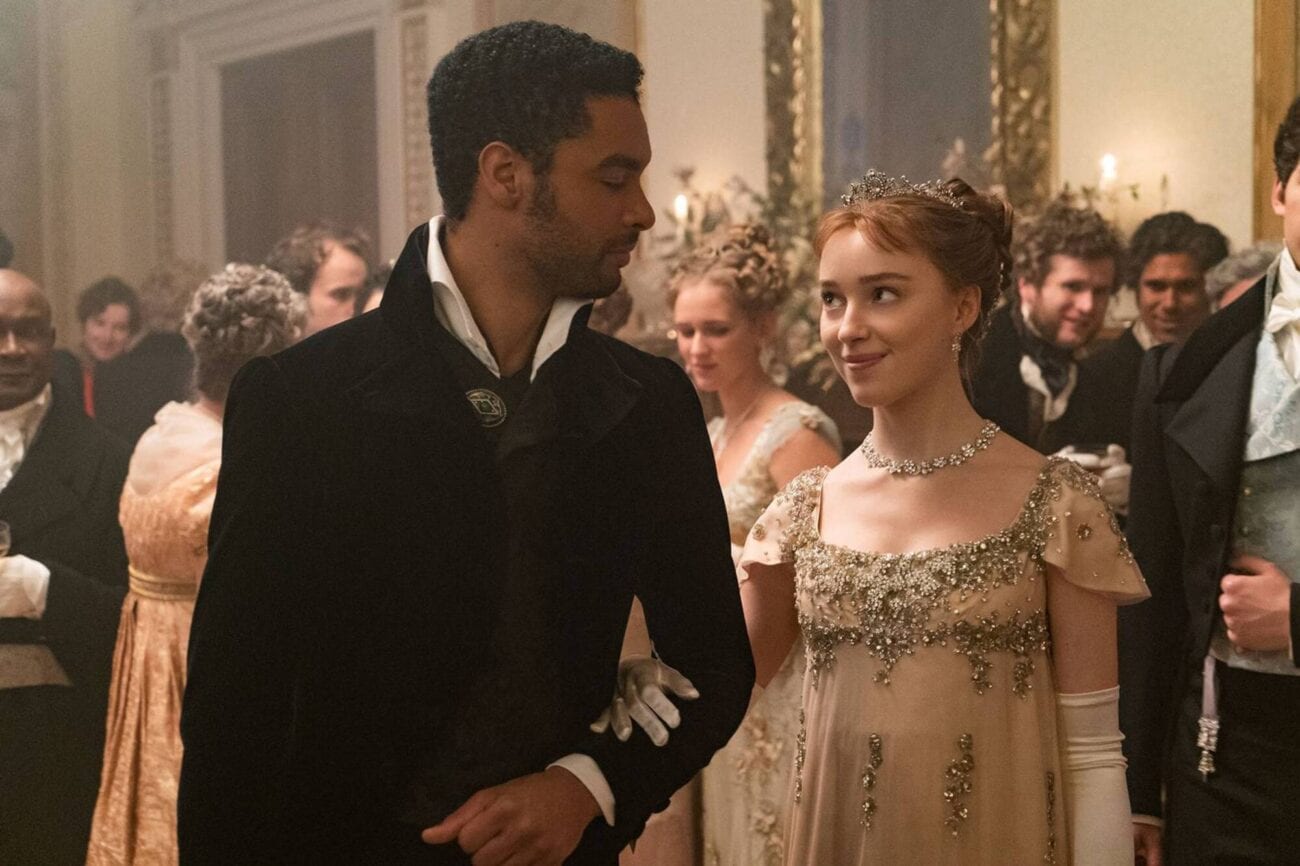 Hello readers, it seems Bridgerton’s Lady Whistledown is not slowing down anytime soon. In fact, she’s back and ready to tells us more about the Bridgerton family and more with three new seasons.

Not only were fans excited for the filming on season 2, but Netflix has just announced that we’ll get to see all of our favorite characters with season 3 & 4! Well, not all our flaming characters . . . 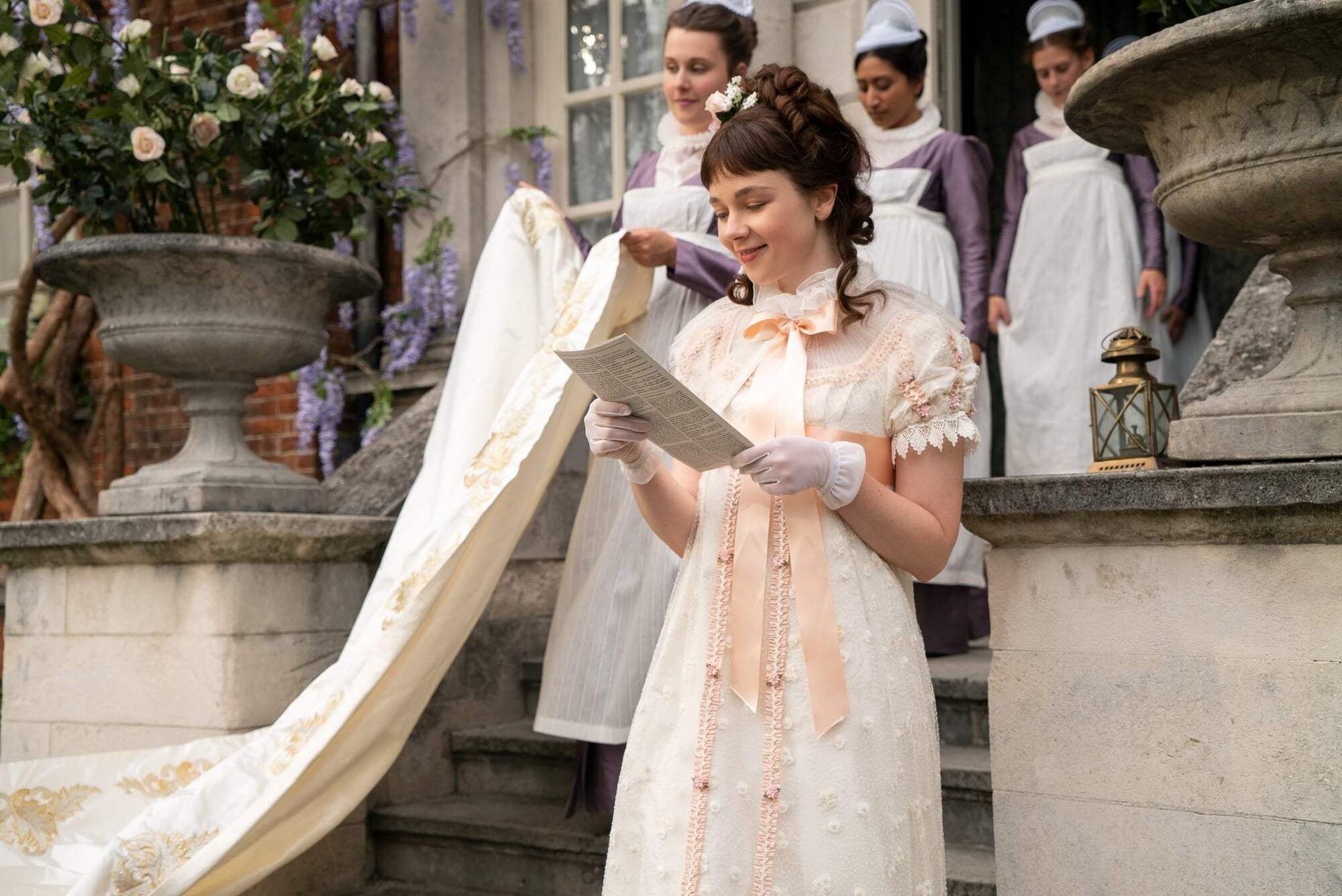 In case you forgot the shocking ending of Bridgerton season 1, let’s remind you of some of moments from the heart-warming season finale– Daphne Bridgerton (Phoebe Dynevor) reunited with her husband the Duke of Hastings Simon Basset (Regé-Jean Page) and finally welcomed their first born! Aww . . .

On the other hand, Daphne’s oldest brother Anthony (Jonathan Bailey) has officially removed himself from love. Yes, the heartbroken Bridgerton is done looking after his sister and is dissed by the opera singer Siena Rosso (Sabrina Bartlett). Now, Anthony is ready to help his family and claims that true love is not in his cards, and maybe he’ll focus on helping his other sister Eloise at the next “event of the season”.

And who could forget the biggest reveal of all – the youngest daughter of the Featherington household, Penelope (Nicola Couglan) is Lady Whistledown. The friend of Eloise Bridgerton (Claudia Jessie) has been exposing everyone’s secrets all along. Do you think Eloise suspected Penelope? We’ll never know for sure. 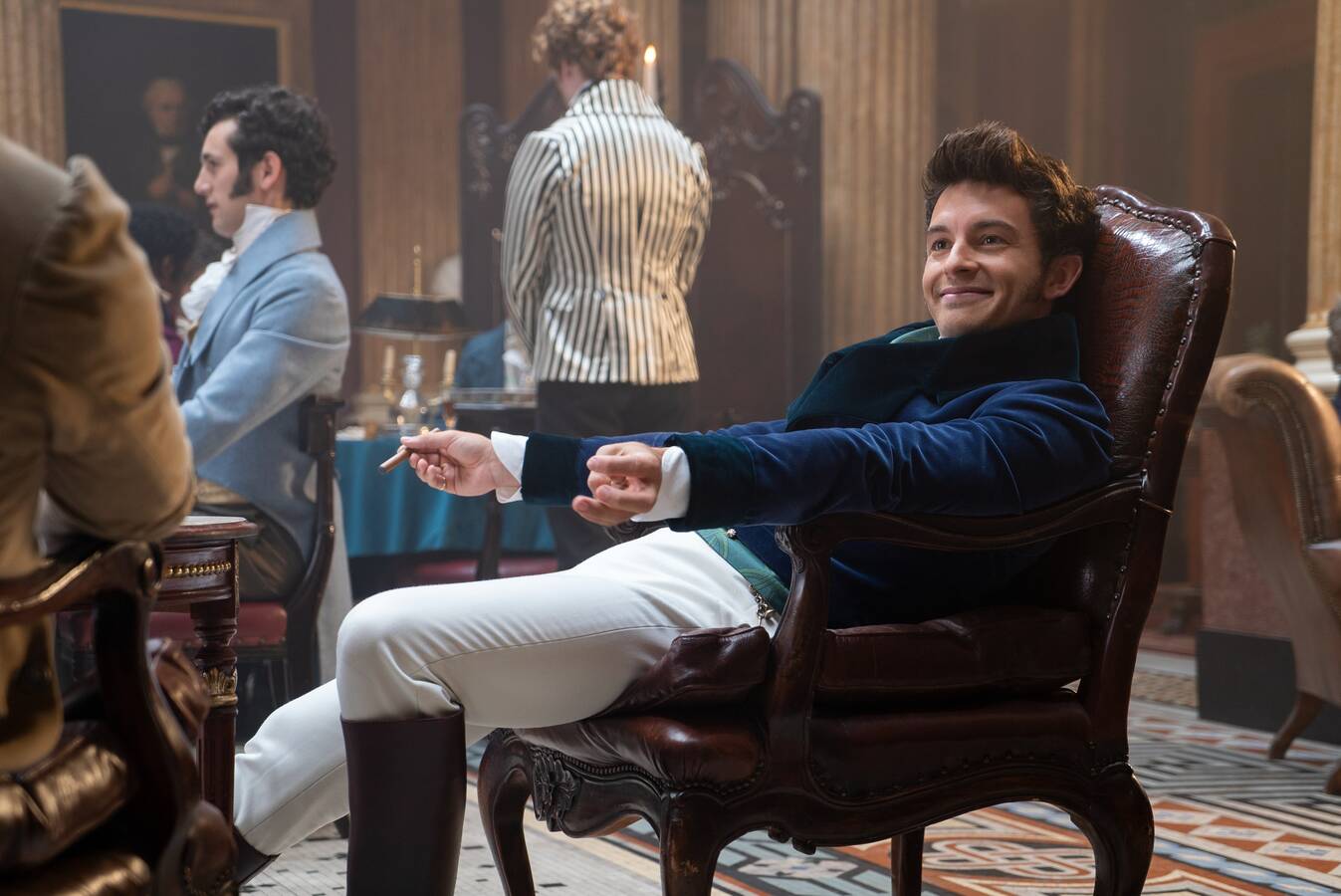 Its true – Lady Whistledown will be exposing more secrets in season 3 & 4 of Bridgerton. According to The Hollywood Reporter, the hit Netflix series is actually based on Julia Quinn’s “best-selling novels” and hopes to keep the novels alive by focusing on “Lord Anthony Bridgerton’s quest for love”. Now we’re talking!

Per The Hollywood Reporter, the VP of global TV at Netflix Bela Bajaria stated: “Bridgerton swept us off our feet. The creative team, led by Shonda (Rhimes), knew the material and delivered a beautiful, emotional, romantic drama for our members. They have some exciting plans for the future, and we think audiences will continue to swoon for this show. We’re planning to be in the Bridgerton business for a long time to come.”

On the other hand, the incredible Shonda Rhimes from Shondaland stated: “This two-season pickup is a strong vote of confidence in our work and I feel incredibly grateful to have partners as collaborative and creative as Netflix. Betsy (Beers) and I are thrilled to have the opportunity to continue bringing the world of Bridgerton to a worldwide audience.” 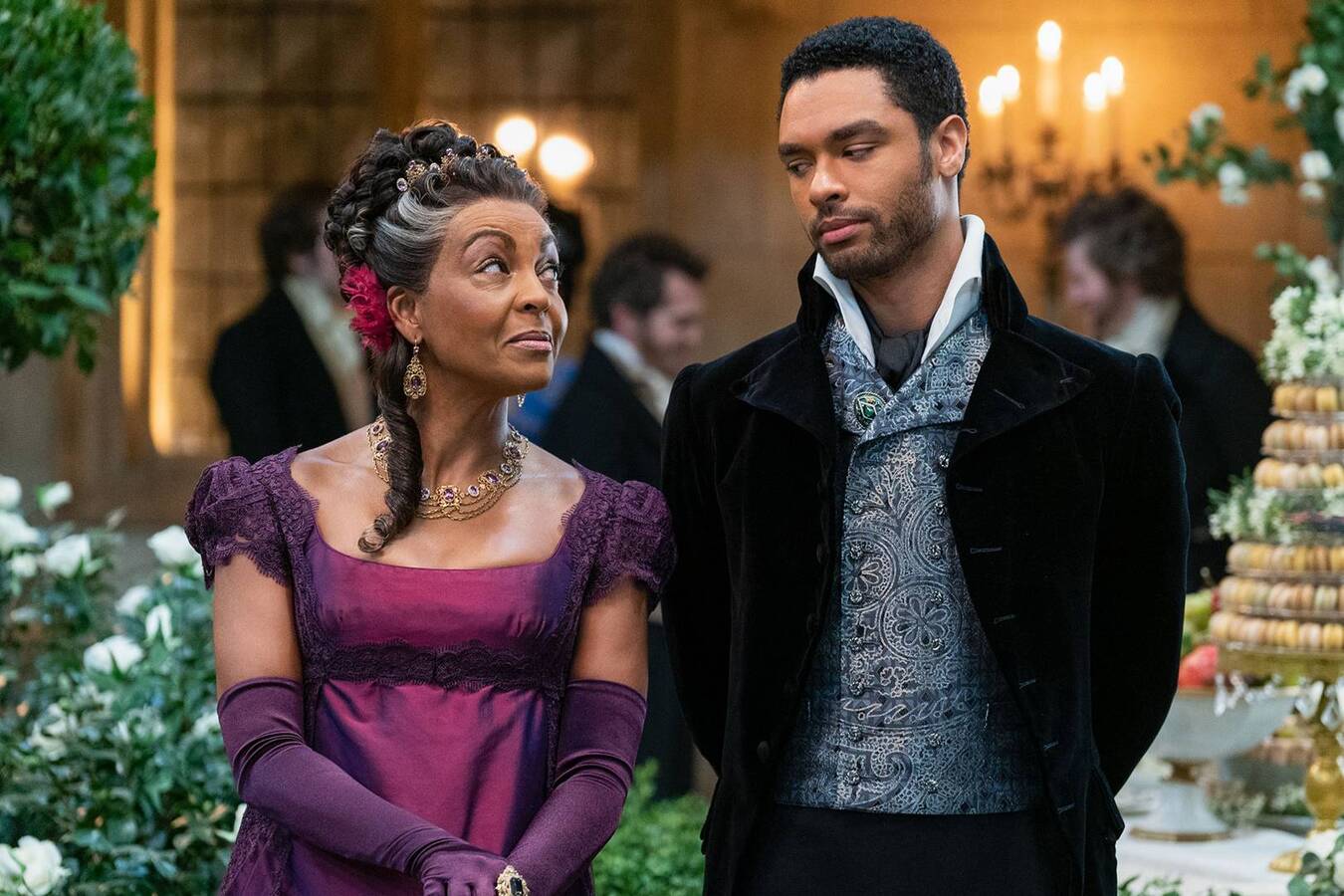 Luckily, most of the cast is set to be back for the season 2 of Bridgerton, but do you know who won’t be? Regé-Jean Page! According to Elle, the fabulous Duke of Hastings won’t be returning with his dashing bride and mother of one. The Bridgerton actor told Variety: “It’s a one-season arc. It’s going to have a beginning, middle, end – give us a year.”

Page continued: “(I thought) ‘That’s interesting,’ because then it felt like a limited series. I get to come in, I get to contribute my bit and then the Bridgerton family rolls on.” 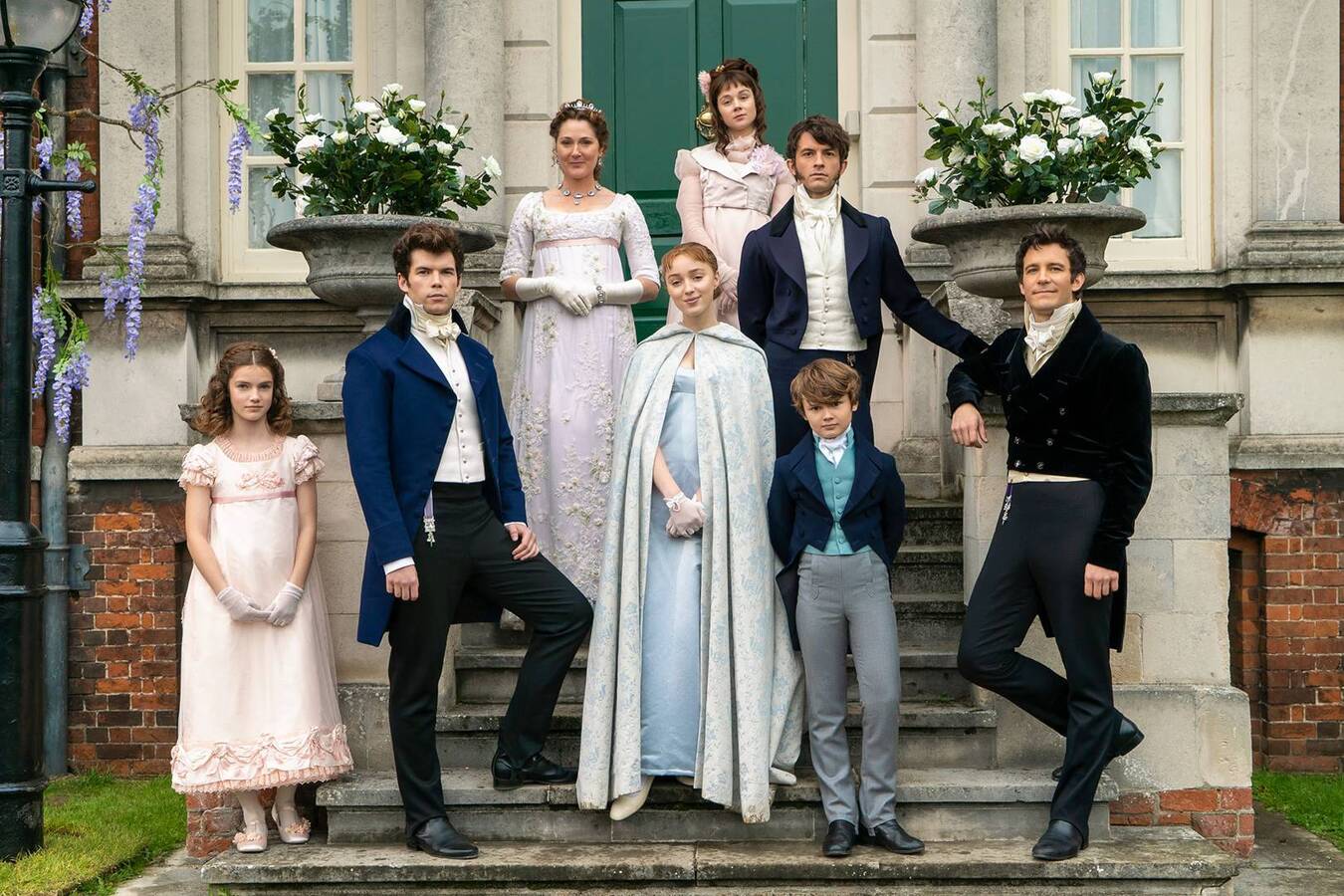 The handsome Duke of Hastings also praised the work of Julia Quinn and added: “One of the things that is different about this (romance) genre is that the audience knows the arc completes . . . They come in knowing that, so you can tie people in emotional knots because they have that reassurance that we’re going to come out and we’re going to have the marriage and the baby.”

Not all is bad, it seems Bridgerton fans will be happy to hear that actress Simone Ashley will be a new face to the romantic drama as Kate Sharma! Town and Country magazine reported that other new actors include Charitha Chandran, Shelly Conn, Calam Lynch, and Rupert Young.

Are you excited for Bridgerton season 2, 3, and 4? Let us know in the comments below.