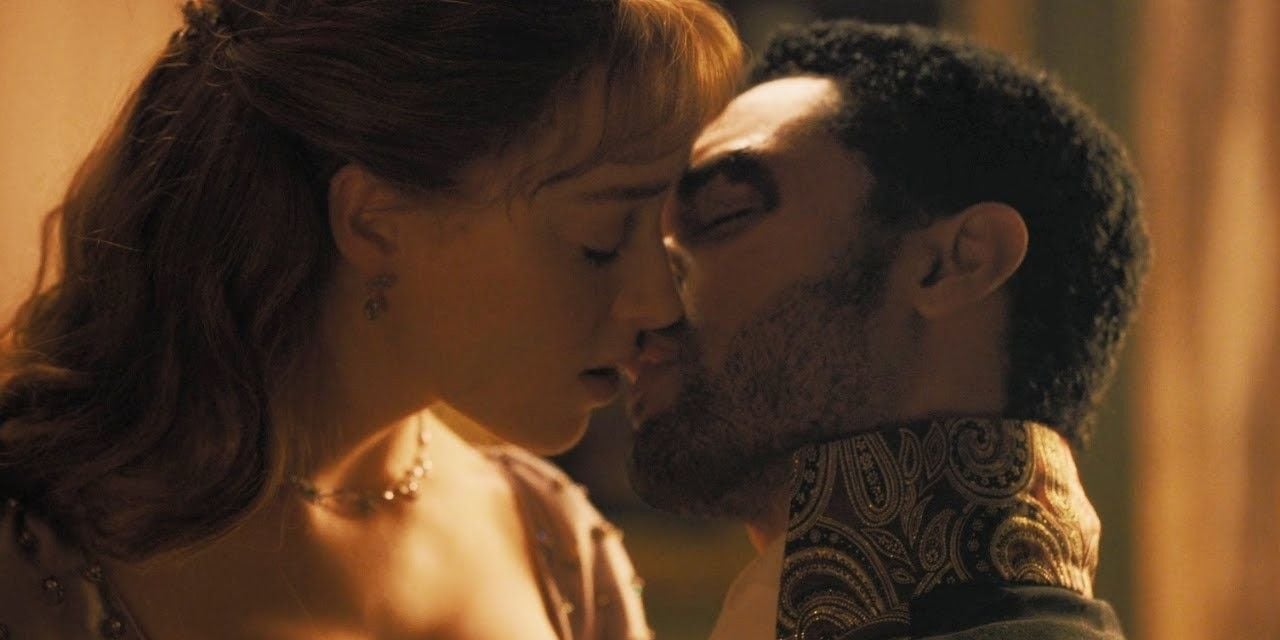 Bridgerton is a Regency drama that shamelessly indulges in the art of the rumor. Humans are inherently nosy creatures inclined to enliven their boring day-to-day with juicy gossip – so why not lean into it a little?

The central pairing in Bridgerton is the Duke of Hastings, Simon Basset, and “the season’s diamond” Daphne Bridgerton, a couple constantly appearing in Lady Whistledown’s popular gossip column. Simon & Daphne form a passionate attachment which only deepens as the series progresses. (That’s all we’ll say to account for those still making their way through Bridgerton!)

If Lady Whistledown gets to speculate about this romantic bond, why can’t we? It’s not all too uncommon that our favorite on-screen romances carry off-screen too. The talented stars behind our fated couple Simon & Daphne are Regé-Jean Page and Phoebe Dynevor – a stunning match, no? In true Bridgerton spirit, here’s a look into the rumors that Regé-Jean Page and Phoebe Dynevor could be dating.

Sorry to kill your fantasies Bridgerton fans – Phoebe Dynevor and Regé-Jean Page have affirmed that they’re not dating. During an interview with Access Hollywood, the two were put on the spot, forced to address the question: “Who’s dating who . . . on- and maybe offscreen?”

Of course, the dashing Regé-Jean immediately offered a smooth response to the nosy & personal question: “I think that everything you need to know is on camera – that’s why we presented it so beautifully for you. All the sparks that flew come off the beautiful script that we were handed.” With a sheepish smile, Regé-Jean added: “I think that the sparky words, scripts, and material are more than enough.” 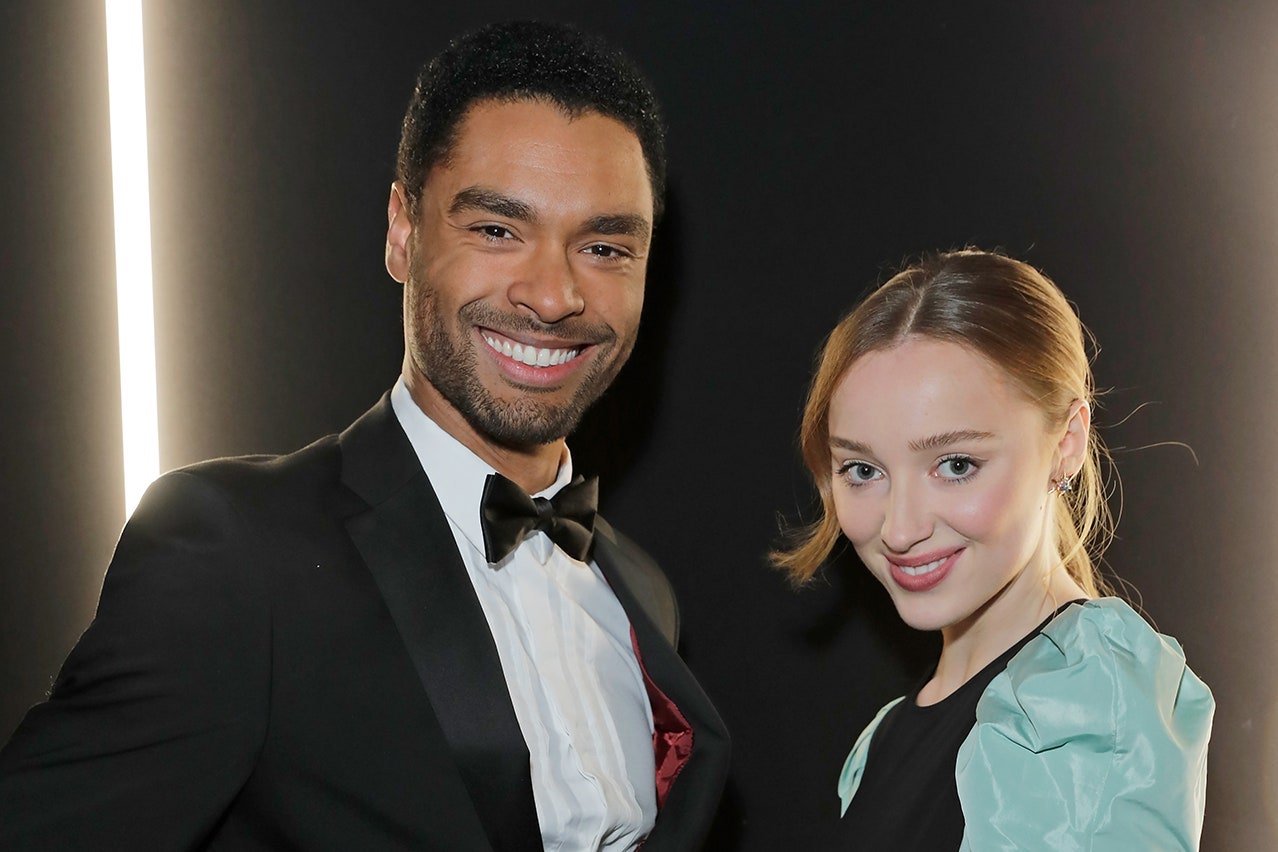 Though this tactful response was a pretty clear denial, we can’t help but acknowledge their evident blushing – perhaps it’s too soon to say there’s nothing between them. Moreover, Regé-Jean’s agile word-maneuvering was filled with a vague “need to know” and “more than enough” which doesn’t necessarily mean “no” – it’s a nice way to say “buzz off”! (A perfectly valid answer – their privacy matters!)

The Access Hollywood interview then prompted some cute jokes about the accusation such as Regé-Jean & Phoebe being in the same house and “playing footsie”. Despite laughing, Phoebe remained pretty quiet and a little red in the face. Maybe it’s unrequited love? (But, honestly, how could it be? She’s gorgeous!) 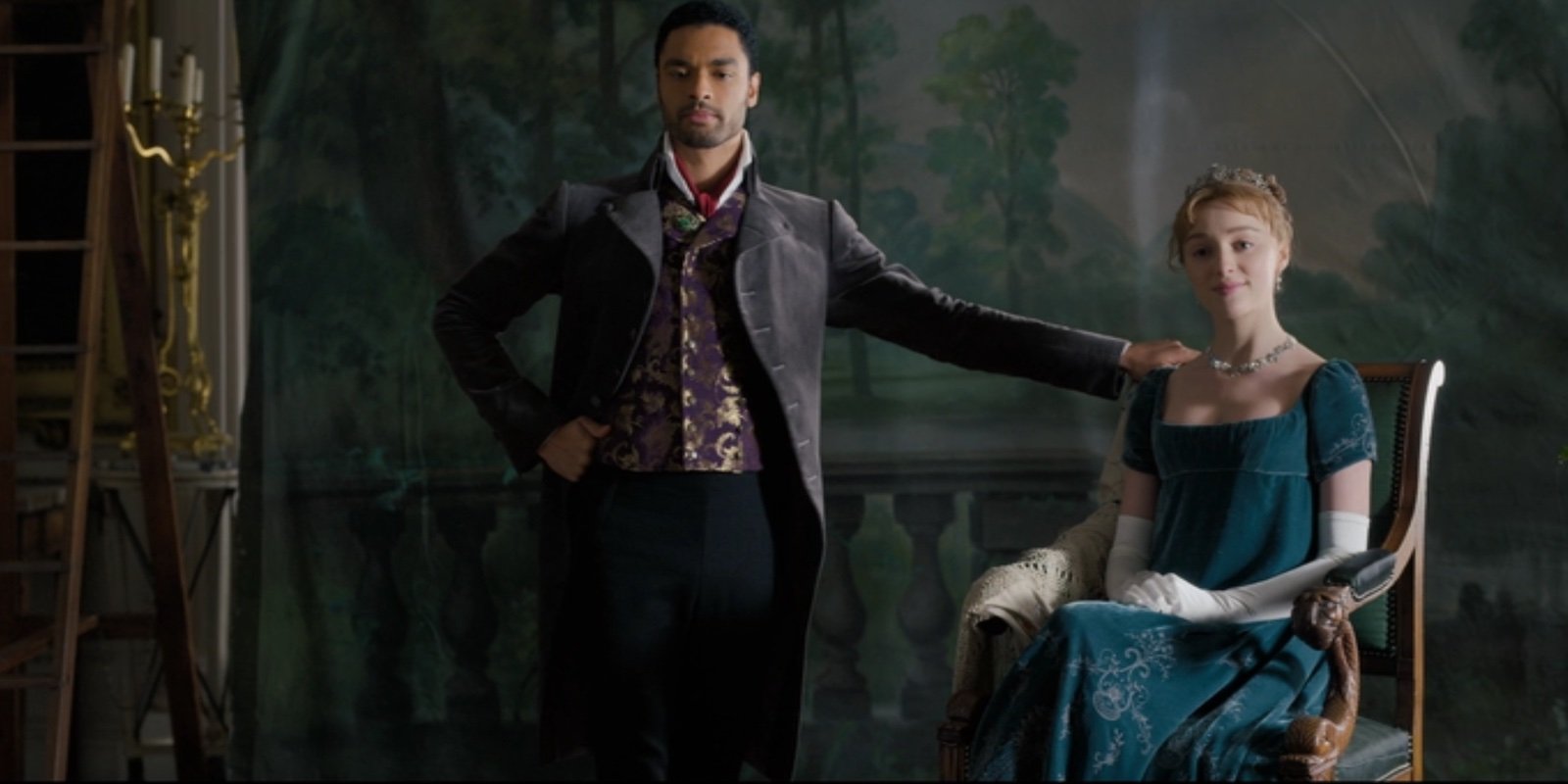 Actors have every right to dodge personal questions, but they can’t control our blubbering hopes they’ll one day fall in love IRL. Even if we’re fruitlessly smooshing their faces together like Ken & Barbie, we can’t help but ship them. Why?

Regé-Jean is completely accurate in saying that Bridgerton crafts an alluring love story. The way Daphne & Simon journey through love together makes our chests squeeze and our heads reel. Their bond may start with a cliched “we’ll pretend to be dating” premise, but the messages about friendship, union, and devotion set Bridgerton apart from your average romance.

However, the palpable chemistry captured on-screen between the fictional characters simply can’t be completely explained by Bridgerton’s amorous dialogue or steamy exchanges. Regé-Jean Page and Phoebe Dynevor make the story come alive in a way that seems to be beyond the limits of acting talent. 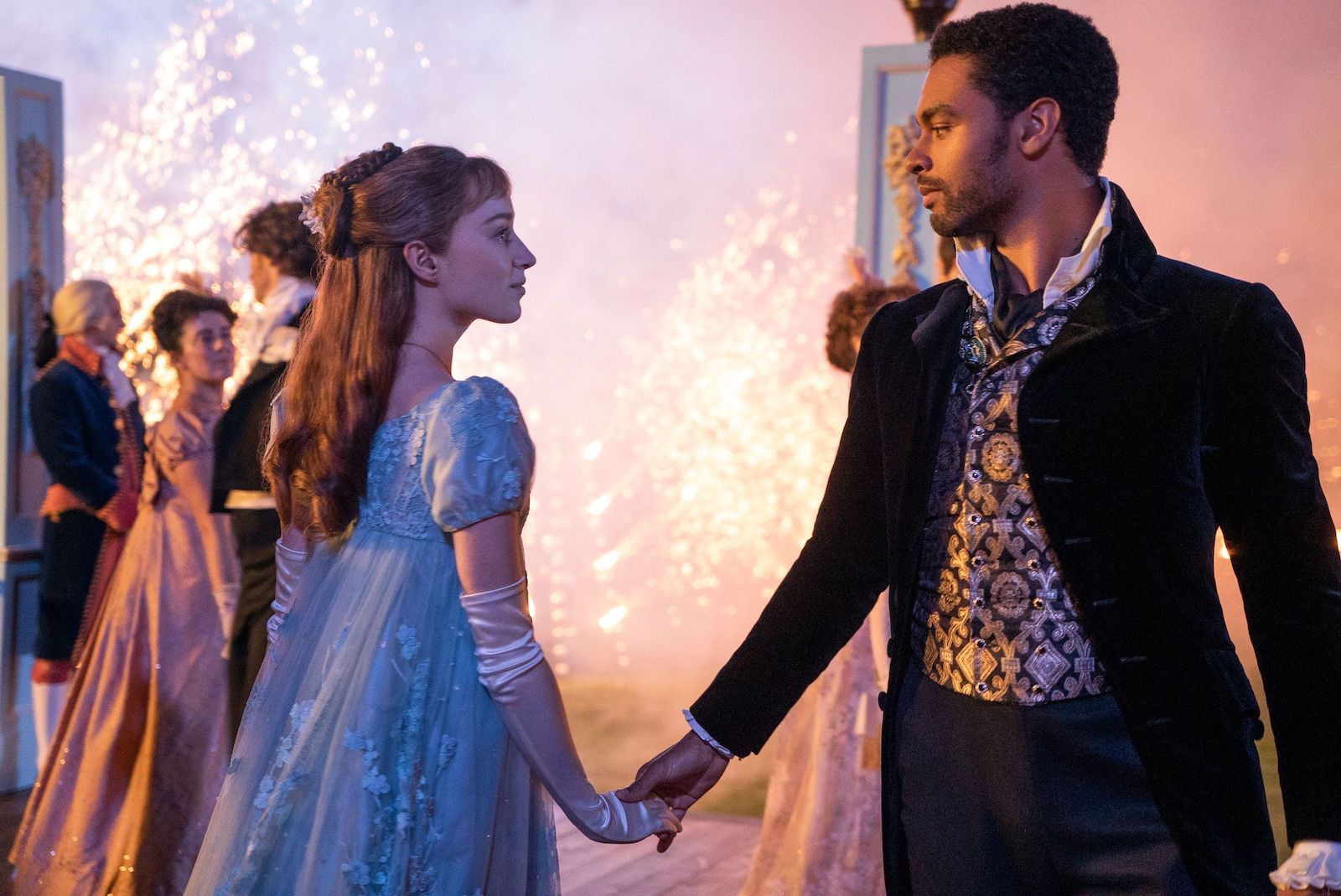 Regé-Jean and Phoebe have been pretty “hush-hush” about their dating lives, as we can see from the interview with Access Hollywood. But Regé-Jean has acknowledged a special connection between their characters, prompting us to believe their friendship could evolve like Simon & Daphne.

In a separate interview with NPR, Regé-Jean explained how Simon and Daphne’s relationship “reminds me of every relationship I’ve ever had.” Such a comment about the show’s realistic characters makes us wonder if there’s a subtext about a current real relationship.

Do you ship Regé-Jean Page and Phoebe Dynevor? Could they be dating IRL? Let us know in the comments.