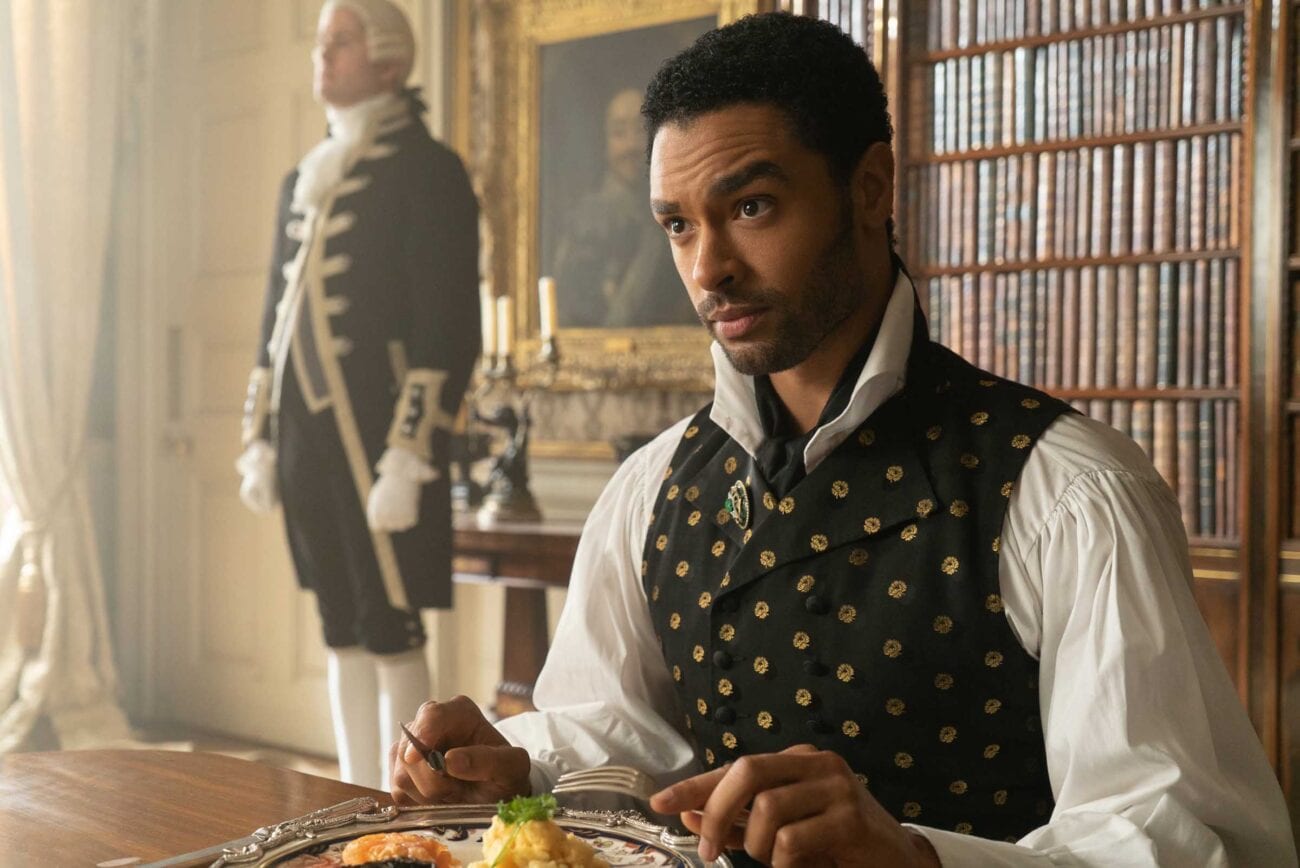 In love with the Duke of Hastings? Get to know Regé-Jean Page

From the very moment the Duke of Hastings graced all our screens in the first episode of Bridgerton the internet knew they had a new character crush. We were smitten as soon as he rode in on a horse and drinking from a flask while looking at everything with absolute derision.

Of course, the internet doesn’t just do character crushes. As soon as episode eight of Bridgerton ended the crush transferred to a celebrity crush – the actor who plays the Duke, Regé-Jean Page, is now the apple of the internet’s eye – not that we can blame them – we aren’t exactly writing this from an outside perspective.

So, if you’re wanting to know a little bit more about your new celebrity crush, allow us to give you all the details you could possibly want about Regé-Jean Page. 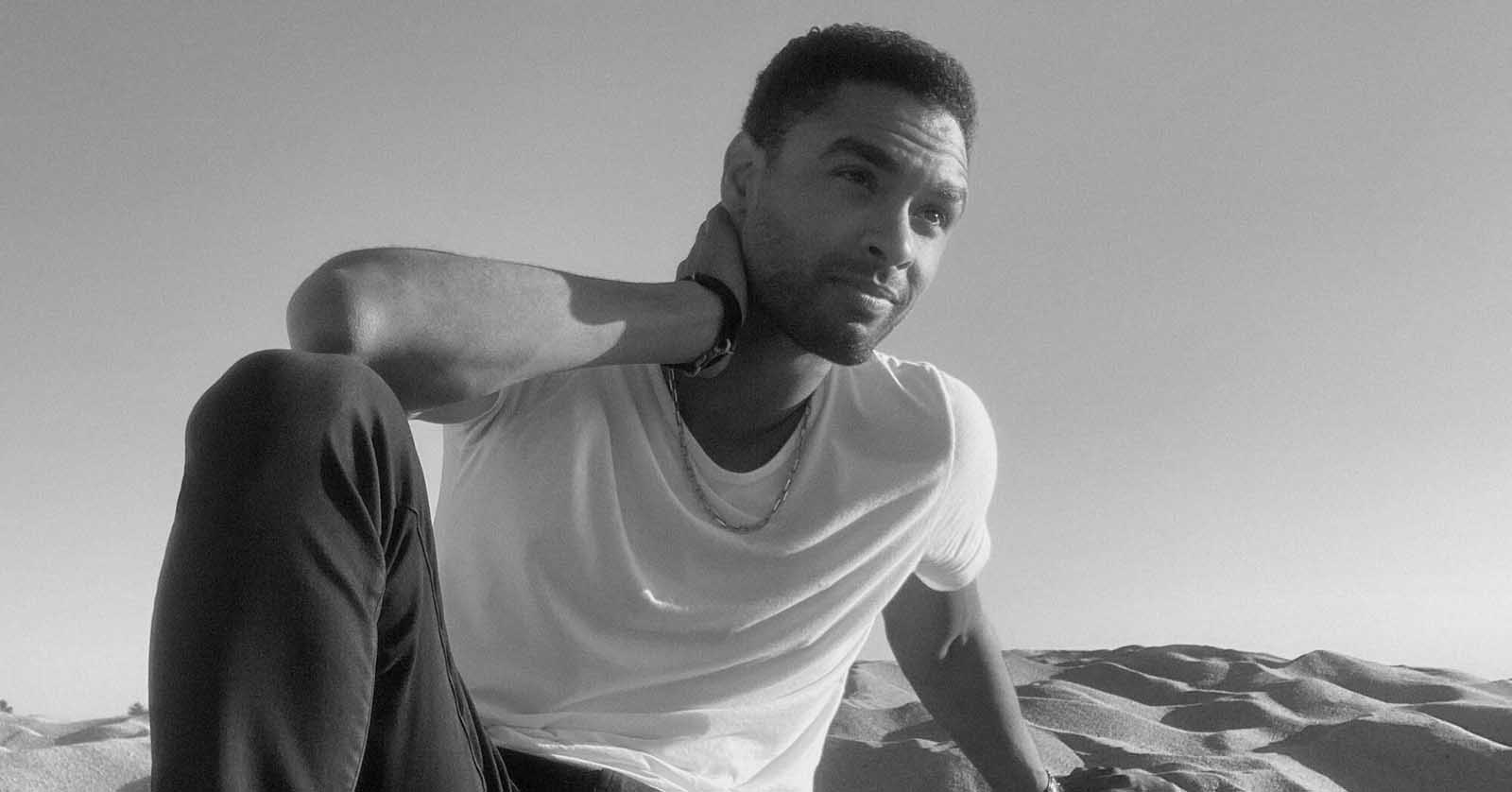 Regé-Jean Page was born in Zimbabwe, but moved to the UK when he was fourteen. He graduated from the Drama Centre London in 2013. It’s a renowned acting school and has produced a myriad of other famous names including Colin Firth, Gwendoline Christie, Emilia Clarke, and Pierce Brosnan. (Speaking of Pierce Brosnan, a lot of the internet wants Regé-Jean Page to be the next Bond – sign us up!)

Page is thirty-years-old, born in 1990 and is five feet & eleven inches tall. 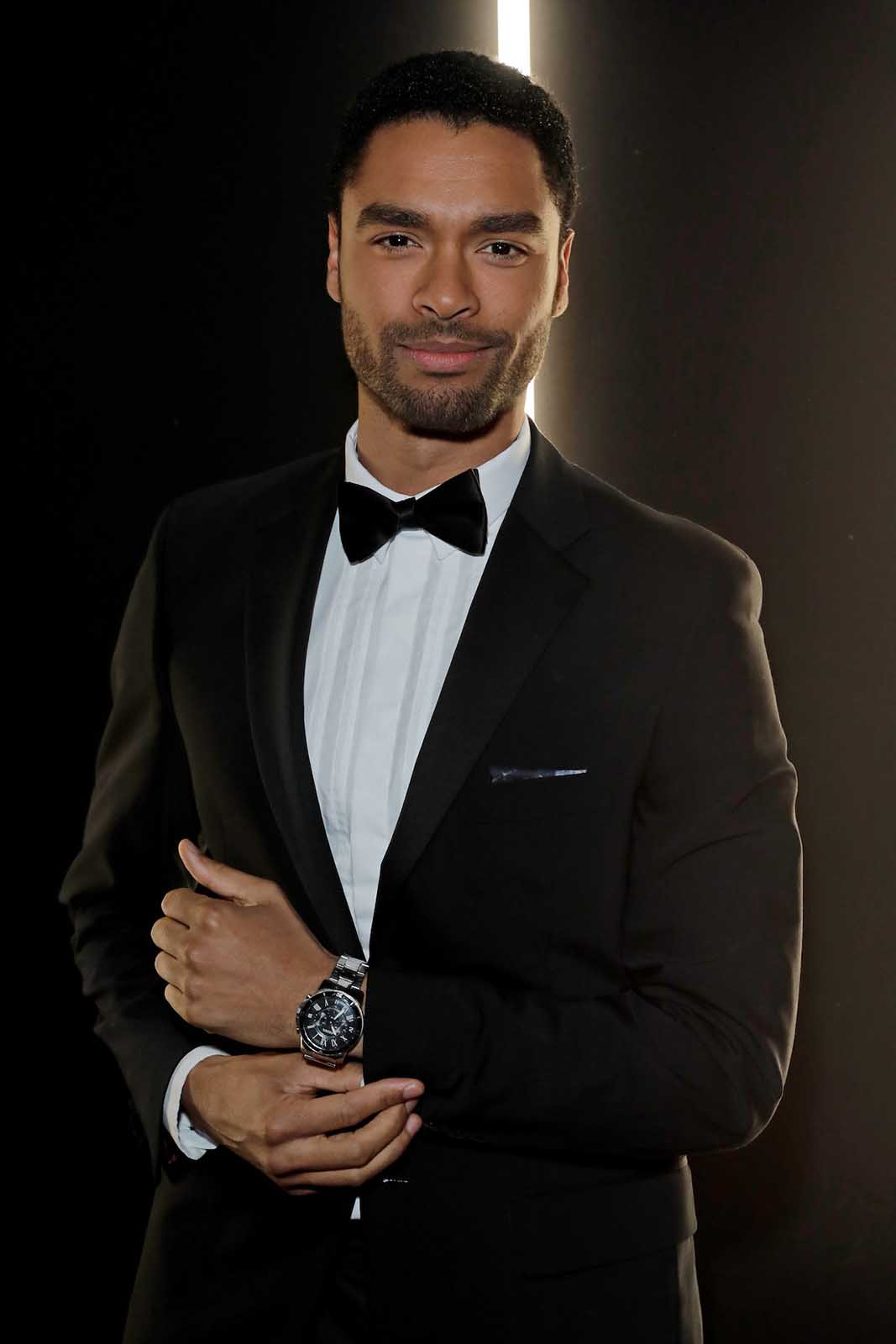 Page didn’t always fancy himself a future famous actor. He recently said in an interview that he was inspired to become an actor by “ Not being very good at anything else at all. Also I wanted to be an explorer when I was a kid.” He adds on, “Acting is the closest thing I found to that, honestly. It’s about exploring and getting the opportunity to live in worlds and understand people that I would have no reason otherwise to interact with.”

His first ever foray into acting was his school’s nativity play (a classic first), in the production he played The Little Drummer Boy. On the subject Page is quoted saying “Such drums, such playing! I clearly had a career in musical theater ahead of me and somewhere took a left turn and started getting all dour and serious and doing emotionally broken dukes.” 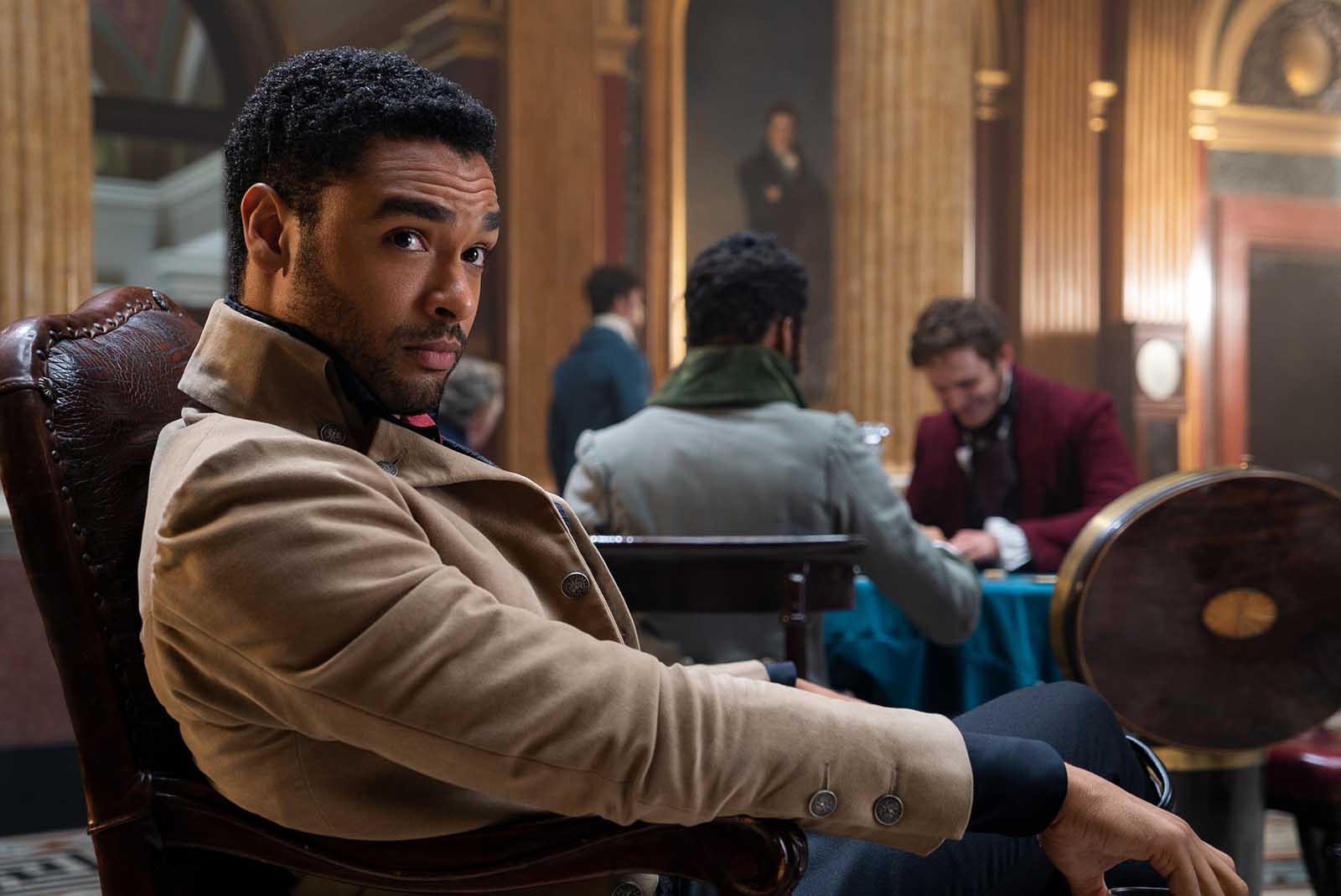 Where to watch more

If, like us, you’re feeling a bit of heartache that Bridgerton only provided you with eight episodes in which to admire the handsome Regé-Jean Page, then you might be wondering if there’s anything else you can watch that stars him. The answer is yes.

For starters if you’re a Harry Potter fan you may have seen him before, he was an extra and can be spotted just behind Hermione in Deathly Hallows Part 1. It’s brief, and won’t exactly be satisfying, but it’s a fun revelation nonetheless. 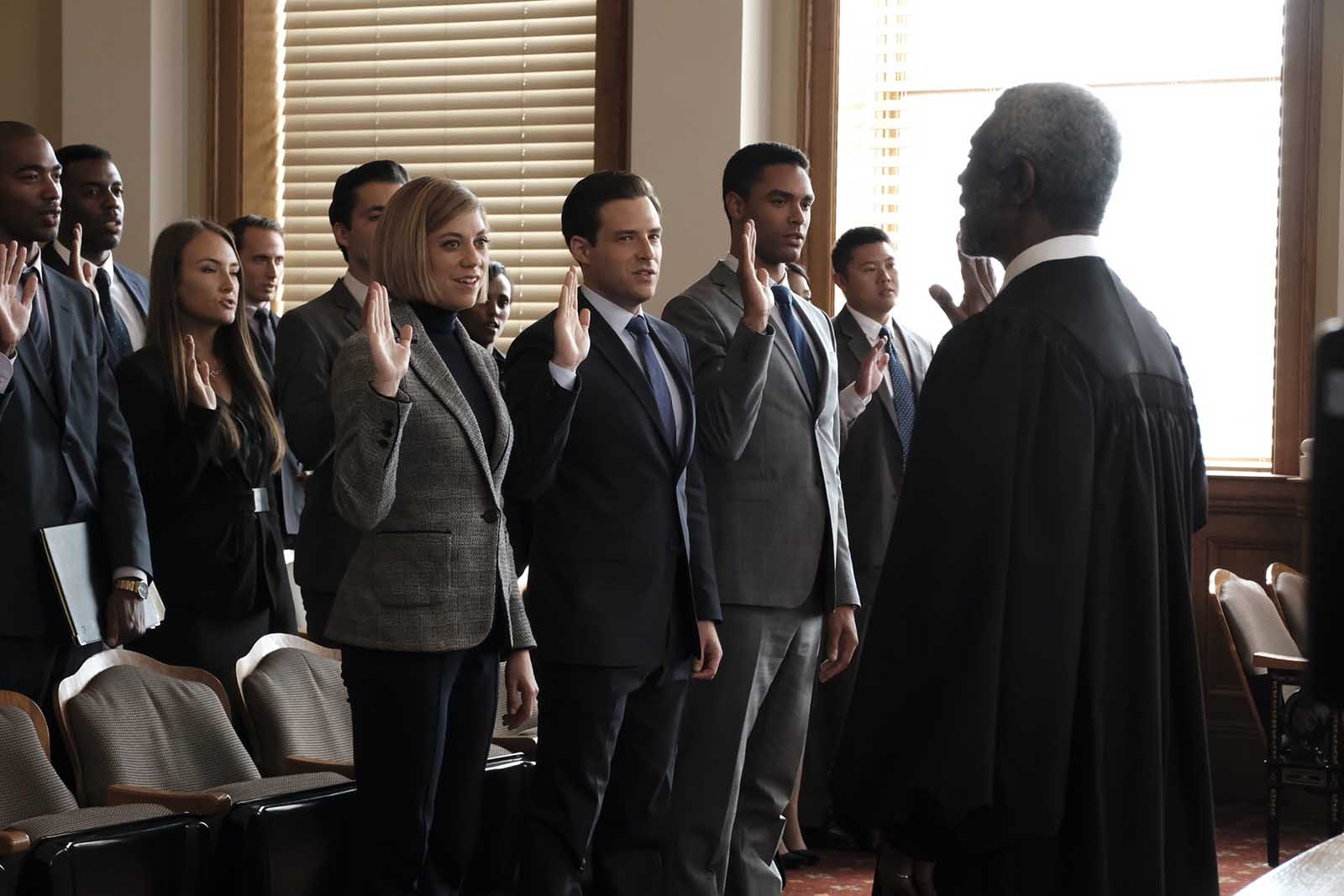 If you want to see him in something more substation you can check out For the People, another Shondaland production. The show had two seasons on ABC before getting cancelled – it follows new lawyers in NYC working prosecution & defense. Page is in all 20 episodes for your thirsting needs.

The acting job that really made a name for Page was his role in the remake of Roots. The History Channel remake came out in 2016 – Page plays the character Chicken George.

If you need more of Regé-Jean Page in a period romance you can catch him in the new Amazon Prime movie Sylvie’s Love. “When a young woman meets an aspiring saxophonist in her father’s record shop in 1950s Harlem, their love ignites a sweeping romance that transcends changing times, geography, and professional success.”

Regé-Jean Page wasn’t kidding when he said he had the potential of a musical future. Page has a website called TUNYA, one of the many descriptions says, “Having written together and featured in various bands since their teens, the pair now independently produce their own music and collaborations.”

Regé-Jean’s latest music video is from the summer of 2020. It’s an emotionally charged & intense video, and oh boy can the man sing. (If you’re really only watching the video for Page, then you may want to know that vocals don’t start until around the one and a half minute mark.)

The TUNYA website also links to Page’s very own blog (hosted on Tumblr) where he opens up about some of his introspections and deep thoughts while also promoting some of his projects. 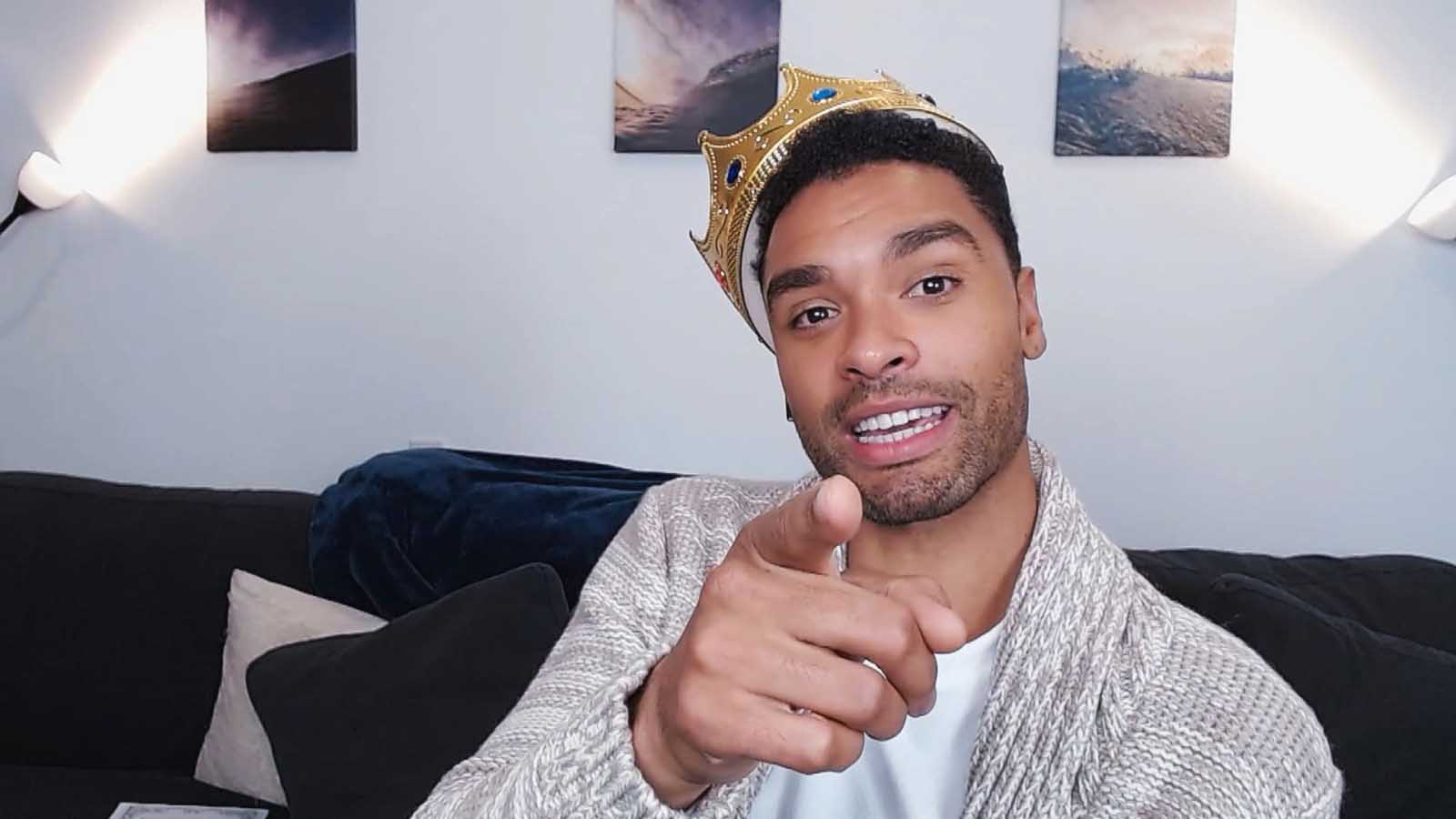 When actors suddenly skyrocket into becoming household names, much like Regé-Jean Page seems to be doing, a lot of fake accounts start circulating. Page has his own official blue-check-marked Twitter account as well as a blue-check-marked Instagram filled with pictures that will have you swooning harder than Cressida in front of the Prussian prince. Both accounts use the handle @regejean.

Any account you come across that doesn’t have a check mark is a fake one. If you want to find his Tumblr page, then you’ll want to go to the TUNYA site first to make sure you’re getting the right one, since Tumblr has no verification system.