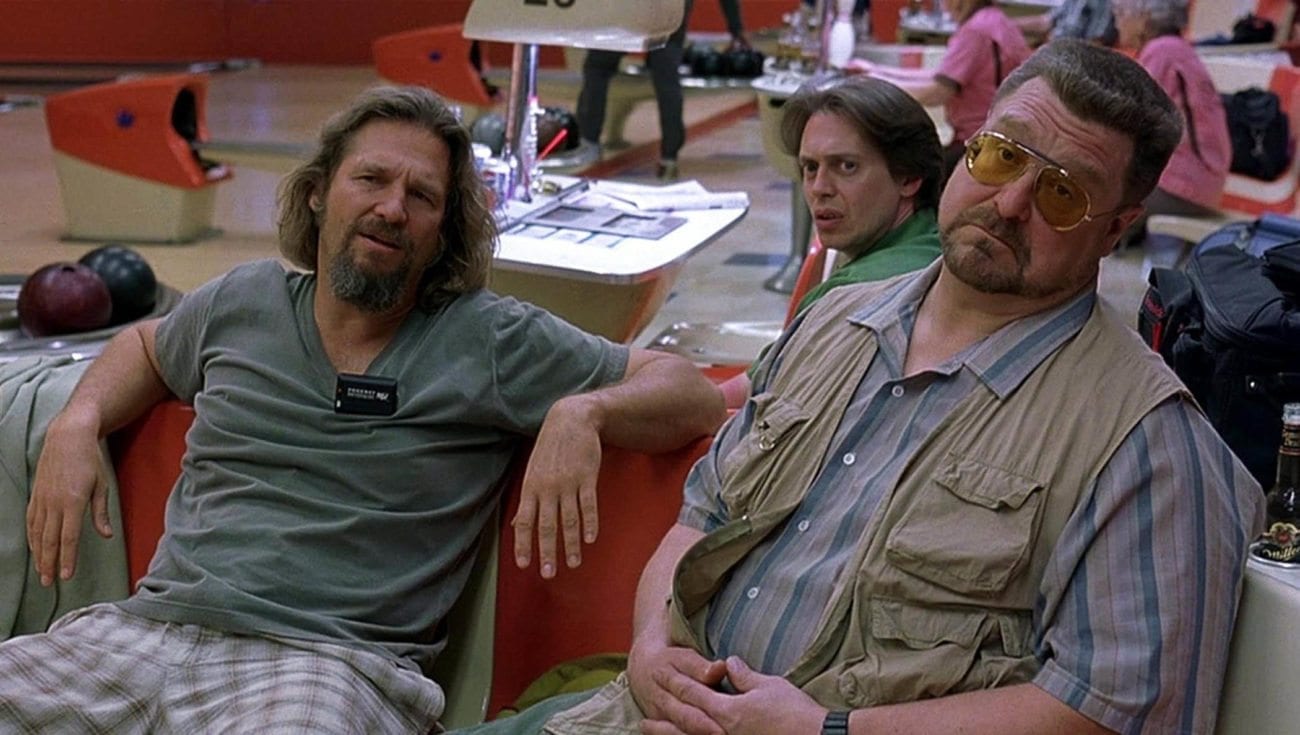 The Dude abides: ‘The Big Lebowski’ TV and movie tributes

Released on March 6, 1998, The Big Lebowski has not only continued to inspire outpourings of love for the Coen Brothers, it’s also managed to influence a whole set of shows and movies paying tribute to its genius. In the 20 years since the movie was released, The Big Lebowski has become an ingrained part of popular culture full of quotes and reference points with a life of their own beyond the movie.

So throw on your fave dressing gown and fix up a White Russian, because these are ten of the best tributes to The Big Lebowski in movies and TV shows.

Episode nine of the third season saw Billy (Billy Eichner), Julie (Julie Klausner), Arthur (James Urbaniak), and Marilyn (Andrea Martin) accidentally doing ayahuasca, leading to some trippy epiphanies and plenty of vomit. Arthur’s “journey” is by far the best, however, with a perfect shot-for-shot remake of the dream sequence from The Big Lebowski.

Makes you even angrier that Hulu, maniacs that they are, cancelled this show in its prime.

Show creator Rob Thomas once joked to Vulture that “Hardcore Veronica Mars fans might know that we were trying to sneak all of The Big Lebowski into” the show “line by line.” He wasn’t kidding. As well as simple references like the occasional perfectly timed quote, bowling alley tribute, or beat-up Gran Torino (the Dude’s car), there were also blatant re-enactments of scenes.

All of which you can enjoy in the supercut below, because the world is a wonderful place full of people with big ideas and too much time on their hands.

Lenny Abrahamson’s quirky drama features a scene in which aspiring musician Frank (Michael Fassbender in an oversized mask) scatters the ashes of a friend only to throw them all over someone. The scene bears more than a passing resemblance to the disastrous ashes sequence in The Big Lebowski. But as the video below points out, this scene was in and of itself paying homage to a similar moment in Mel Brooks’s 1991 movie Life Stinks.

Bumbling French detective Guy Lapointe (Johnny Depp) uses a nifty mystery-solving trick where he rubs a pencil over a notepad to discover what the last written message was. A trick, he confesses, he learned directly from The Big Lebowski. Luckily for everyone, the message Lapointe discovers on the notepad in Kevin Smith’s strange Walrus comedy isn’t a crude drawing of a dick.

In the first season of this cult British comedy in which a pack of young offenders develop superpowers, Nathan (Robert Sheehan) is shown licking his bowling ball and slinking it down the aisle while The Gipsy Kings’ rendition of “Hotel California” plays. The scene is an obvious tribute to the iconic The Big Lebowski scene featuring John Turturro’s character, Jesús.

If you’re one of the few people still tuning into the neverending animated series, you may have caught this brief, simple tribute to The Big Lebowski in this 2016 episode. Featuring the song “The Man in Me” by Bob Dylan, soundtracking the credit sequence of the movie, The Simpsons scene features a sweet bowling montage resembling The Big Lebowski.

The daily special on the blackboard during this season six episode is the Fig Lebowski burger. Which we can only speculate is a fig-based beef patty served with a virgin White Russian.

A running joke on the AMC show is that Cassidy (Joseph Gilgun) has an intense dislike of the Coen Bros. and thinks The Big Lebowski “is overrated”. It would be one thing for the show to drop the reference once as a throwaway joke (because who in their right mind could possibly hate the filmmakers and their movie?) but Preacher has kept it running.

Over two seasons it’s become a point of contention between Cassidy and Tula (Ruth Negga) & Jesse (Dominic Cooper) who do happen to like the movie.

After Marshall (Jason Segel) convinces Barney (Neil Patrick Harris) wearing a nightshirt to bed is the best and only way to sleep, the show gives us a direct homage of a dream sequence from The Big Lebowski. Shown flying through the sky in ecstasy, Marshall looks exactly like The Dude doing the same in the movie. Furthermore, El Duderino would definitely abide that nightshirt.

That’s right, nihilists! It should come as little surprise that a kids’ show with such a cult adult following would also be sneaking references from The Big Lebowski into it. Subtle and only involving characters who resemble The Dude, Donnie, and Walter, the allusions appear throughout the series, a nice shoutout for Little Lebowski Urban Achievers of all ages.