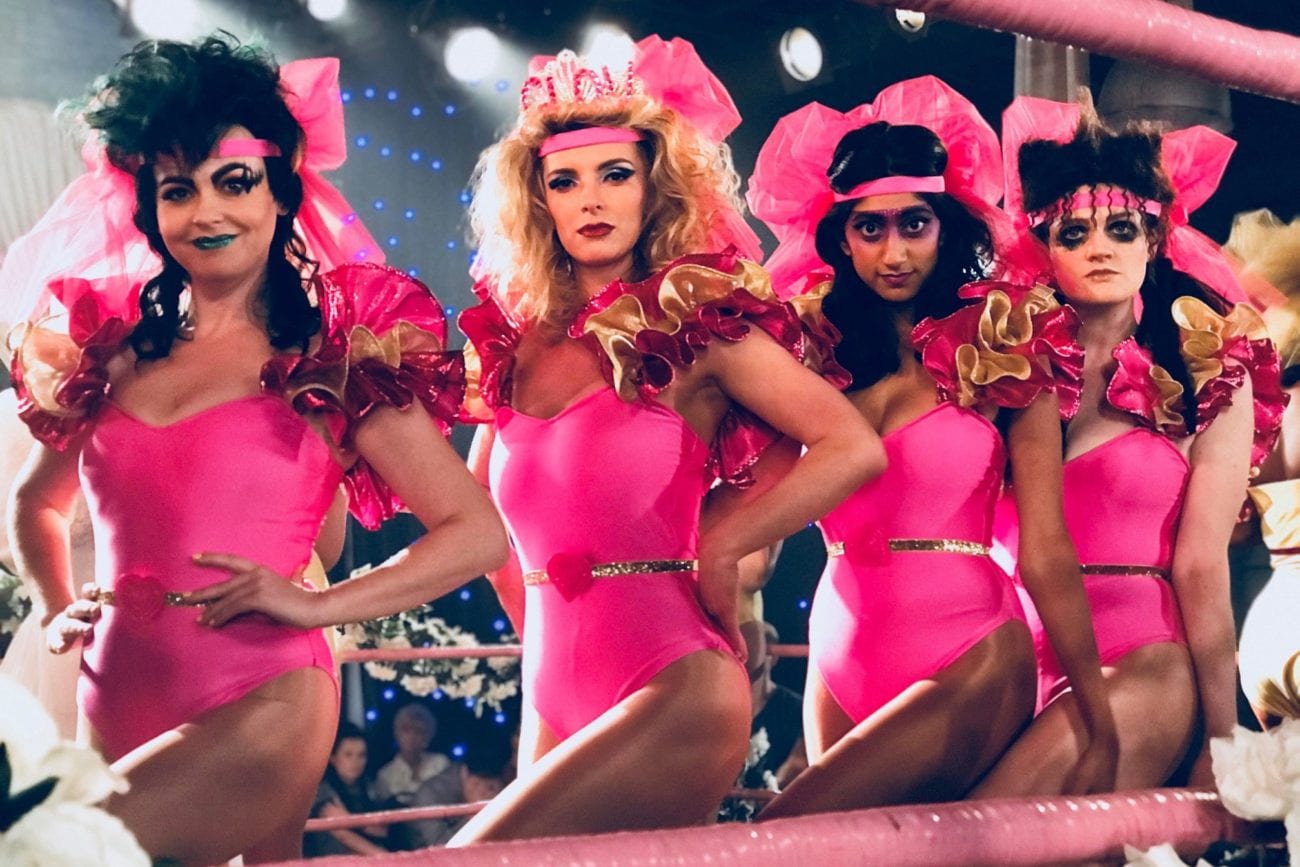 Gorgeous playlist of wrestling: The best songs from ‘GLOW’ S1 and S2

So you love the costumes, the characters, the wrestling moves, the drama, and everything in between. But we also know if you’ve just finished bingewatching S3 of GLOW, you’re probably also completely obsessed with the soundtrack of the Netflix Originals series set in the 80s. We don’t blame you!

GLOW features some of the best music of any TV show currently streaming and you deserve to have all the best cuts on one playlist so you can train like the Gorgeous Ladies of Wrestling down at the gym, or simply get hyped for life on the commute to work.

Here are eighteen of the best songs featured in S1 & S2 of GLOW, what episode they featured in, and why each one is a killer tune. Be sure to add our GLOW Spotify playlist to your faves so you can carry that wrestling beat with you everywhere you go.

The opening credits song appears in both seasons of the wrestling show and is an absolute shredder of female power.

Though it only features on the end credits, the song offers a dazzling, high-energy suggestion that some serious shit is about to stir up in and out of the ring.

One of the sweetest songs of the 80s isn’t directly featured in the episode but is actually performed by some of the Gorgeous Ladies of Wrestling during training.

The end credits song is the ultimate expression for how Debbie (Betty Gilpin) feels towards Ruth (Alison Brie), but it also sums up how this ragtag bunch of women, directors, and producers may well feel about each other at this fraught stage in the show.

The iconic tune provides the soundtrack for Sheila’s (Gayle Rankin) getting ready routine, but it’s more than just a great song. The lyrics perfectly encapsulate Sheila’s isolation and dysphoria in identifying as a wolf.

The song was used to great effect for a memorable montage in 80s-set cult movie Donnie Darko. However, now it may be better remembered for being the song that soundtracks Justine’s (Britt Baron) swoonworthy introduction to Billy the punk pizza boy.

It’s the ultimate song to detail that a young, punk romance is about ready to go off, but it also indicates a turning point for the show – these gorgeous ladies might just be ready for the world.

What other ferocious 80s pop goddess could you possibly want to soundtrack the smackdown between Liberty Belle and Zoya the Destroya than the woman who once declared that “Love is a Battlefield”? Ruth and Debbie put their fight to the side for the sake of the show, but their friendship isn’t as “Invincible” as Benatar might suggest – they’re still going to have to fight for their friendship.

The song is used in a simple scene in which Justine shows her DIY punk ethic by spray painting some t-shirts, adding the perfect amount of low-fi youthful excitement to the episode.

It’s easily one of the greatest hip-hop songs of the era with a Jason Nevins remix bringing it back to the charts in 1998 – along with an incredible breakdance battle video. So it makes sense that this is the song Yoyo (Shakira Barrera) showcases her breakdance skills to.

It isn’t the only song Yoyo flexes her breakdance skills with though – the ferociously funky “Situation” is the one the new wrestler dances to in her camera test.

The smooth soul song introduces an episode full of questions regarding exploitation and racism with Tammé (Kia Stevens) brought to tears by her son’s disapproval of her performance as Welfare Queen. Tammé knows her wrestling persona is problematic, but as the episode goes on we also see how much confidence the job gives her – as the song suggests, she’s got it.

Quite possibly one of the most touching and revelatory moments in the season is when Bash (Chris Lowell) attends a gay club with Rhonda (Kate Nash) and Carmen (Britney Young). This song plays out in the club and highlights Bash’s apparent discomfort with his own identity. As the song suggests, he might be a “lonely boy” who’s running and turning away from himself and his lost lover.

The best end credits song of the entire show and one that hopefully had you up off your couch and busting some deadpan, low-key dance moves.

You can’t go wrong with a bit of Hall & Oates and this song provides the perfect tune for when the Gorgeous Ladies of Wrestling entertain Ruth in the hospital.

Prepare those tear ducts because this is the song that soundtracks the devastating moment Bash receives a phone call about Florian’s (Alex Rich) death and makes a shocking realization about his own potential health. It fits the scene perfectly as the busy, bustling bar falls away and Bash is framed alone with his grief and concerns.

Because what else are you gonna sing at a radio station to promote an upcoming wedding in the middle of a wrestling match?