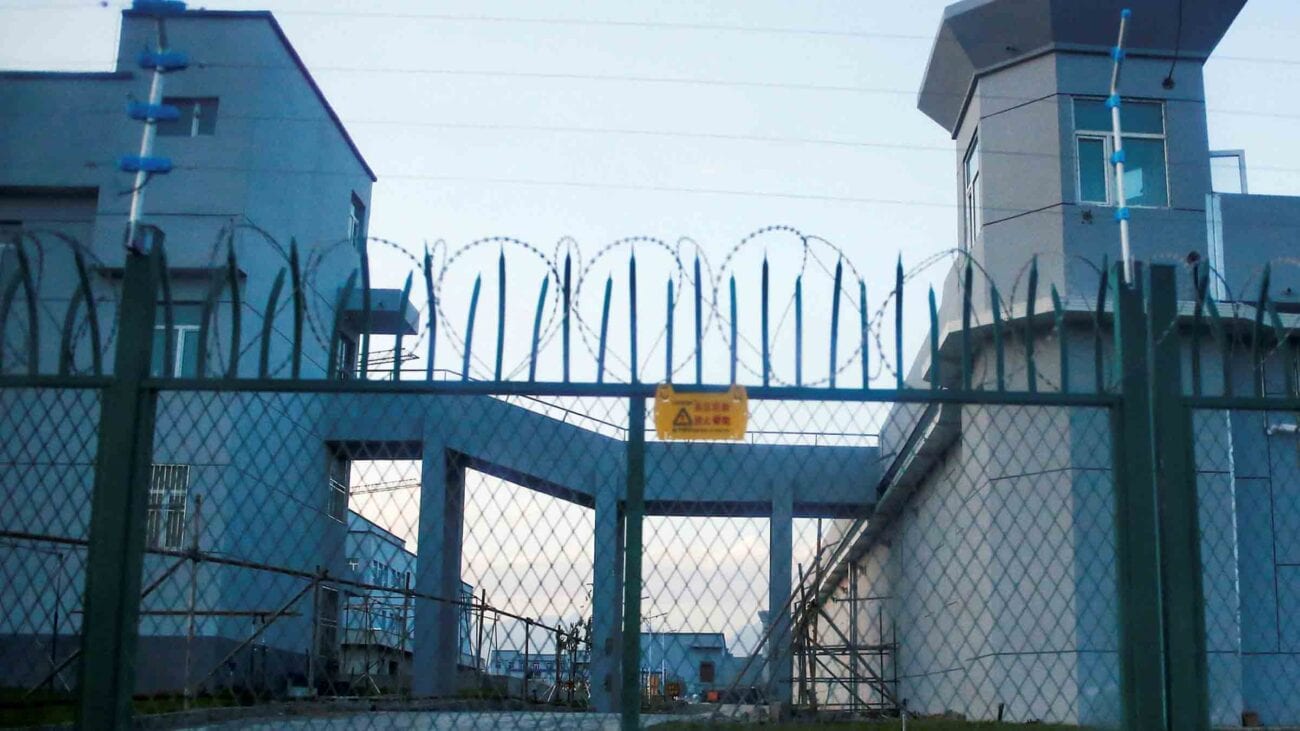 Are Xinjiang camps in China using forced labor? Look at the factories

Publications across the globe have reported on the terrifying camps that are sprouting across Xinjiang in China. Reports show camps holding detained muslims in the autonomous region where they’re put to work in forced labor imprisonment.

A recent report by Buzzfeed News shows dozens of images of the camps at an almost infinite scroll. The seemingly never ending sprawl of aerial images show the massive scale of the detention centers. 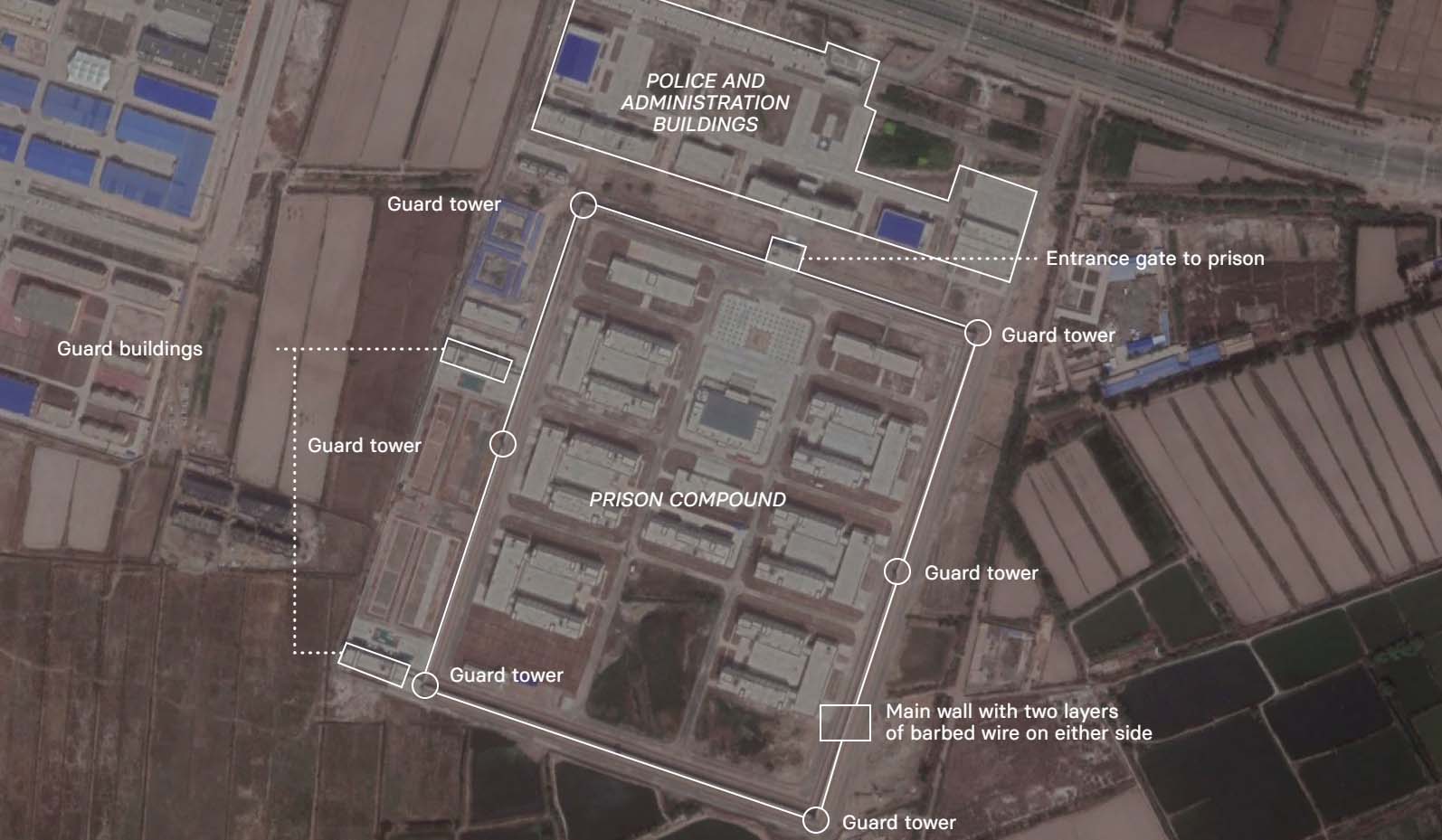 The Xinjiang camps aren’t the typical unmanicured concrete blocks that detention centers are known to be. Instead, these detention areas have buildings with red or blue roofs that mirror the look of China’s many mass-production factories.

There’s no question that the Xinjiang region is mass producing products, and major companies like Nike & Apple outsource labor in the autonomous zone. However, the working conditions and nefarious nature of the factories in Xinjiang are in question. 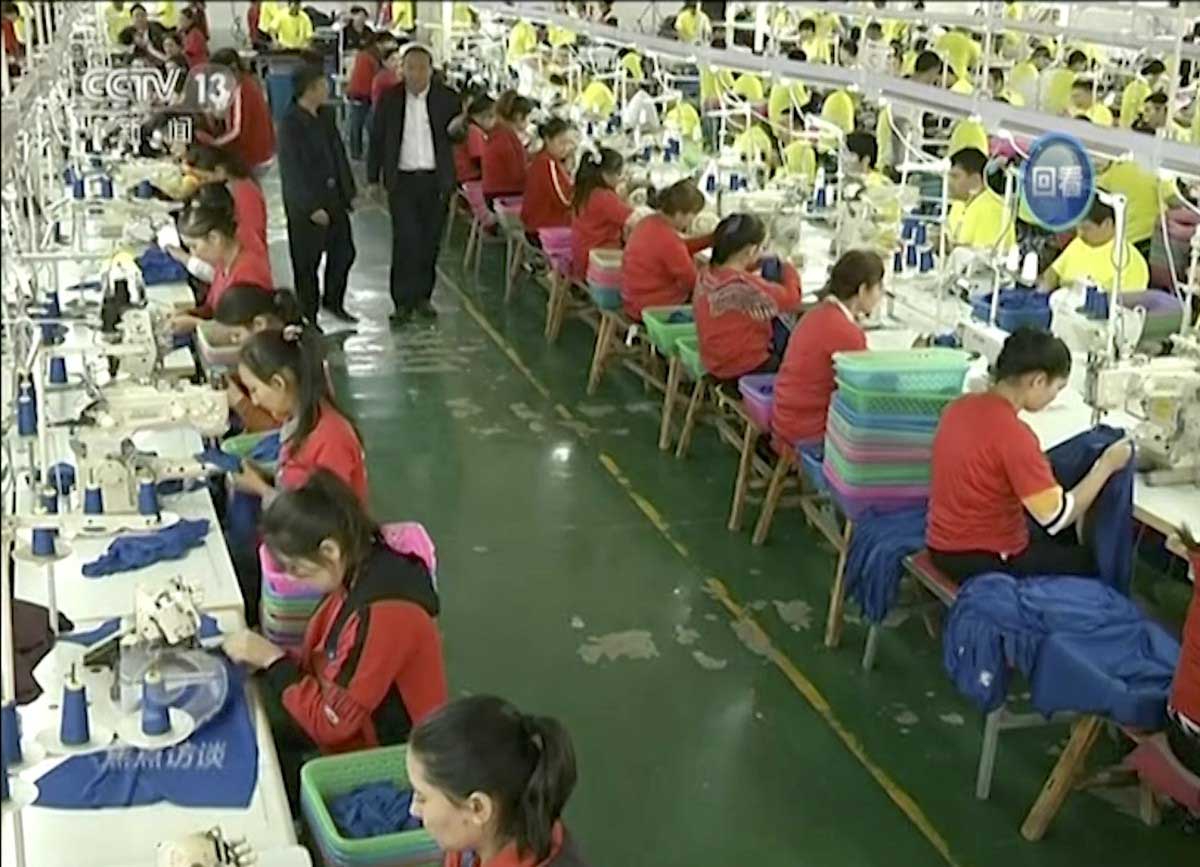 There are claims by representatives in certain Xinjiang counties that the workers of Xinjiang are just that, and that they are free to leave and are paid well. However, detainees tell a different story.

Two former detainees in Xinjiang told Buzzfeed News that the working conditions of the Xinjiang camps were anything but humane. They claim they were laughed at when asked for payment, and spent months in the Xinjiang camps sewing in a cubicle locked from the outside. 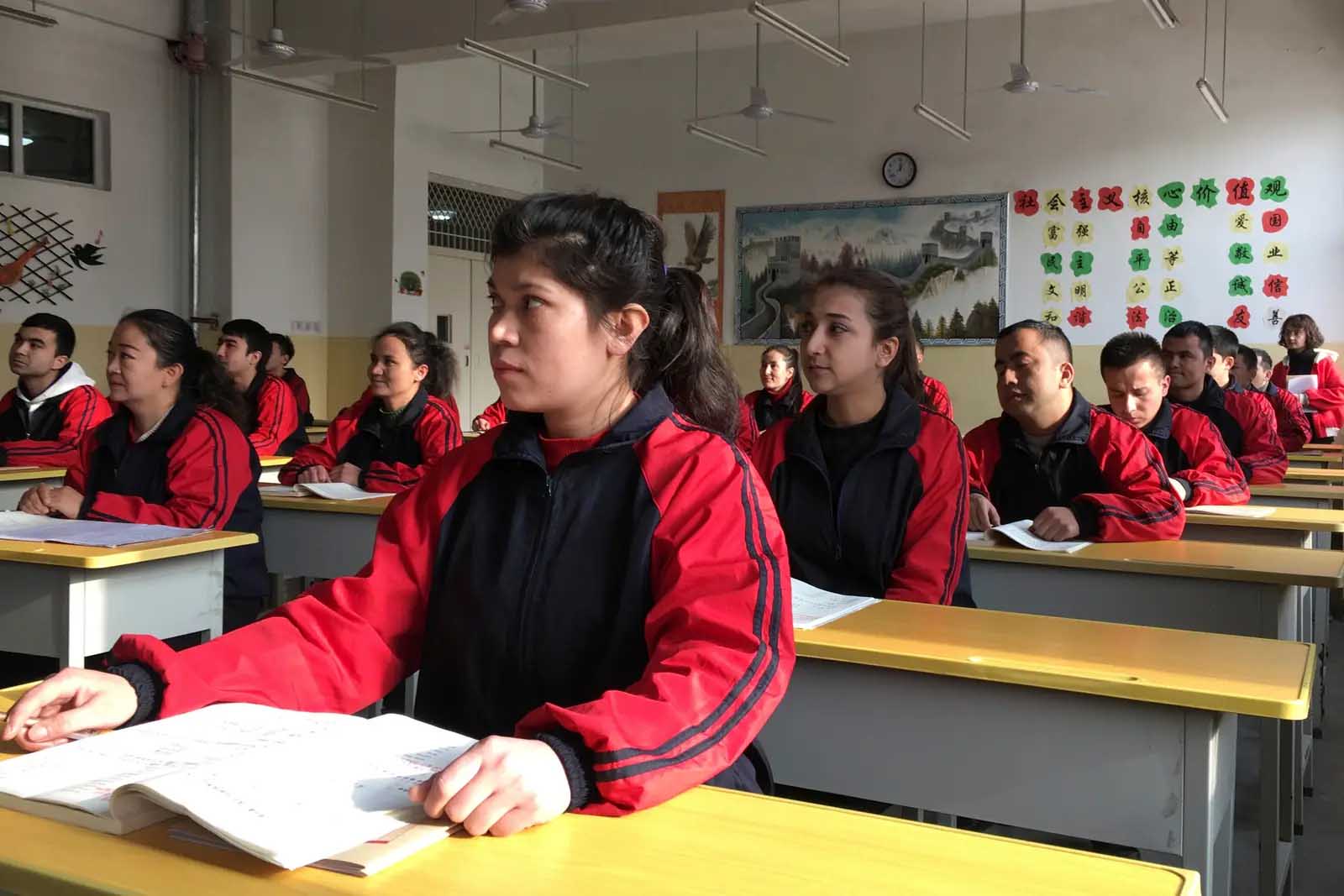 The Xinjiang camps contain over a million people detained under the guise of China’s “re-education” program targeting Muslims in the region. The program has been in effect since 2017.

Human Rights Watch reported Muslims are sent to the center after committing no crime, but simply because of their religious & cultural inclinations that the Chinese government sees as threatening.

This “re-education” is peppered into the routine of the forced labor groups, as they are made to attend night classes to learn Chinese and perform flag-raising ceremonies when they aren’t performing unpaid labor. 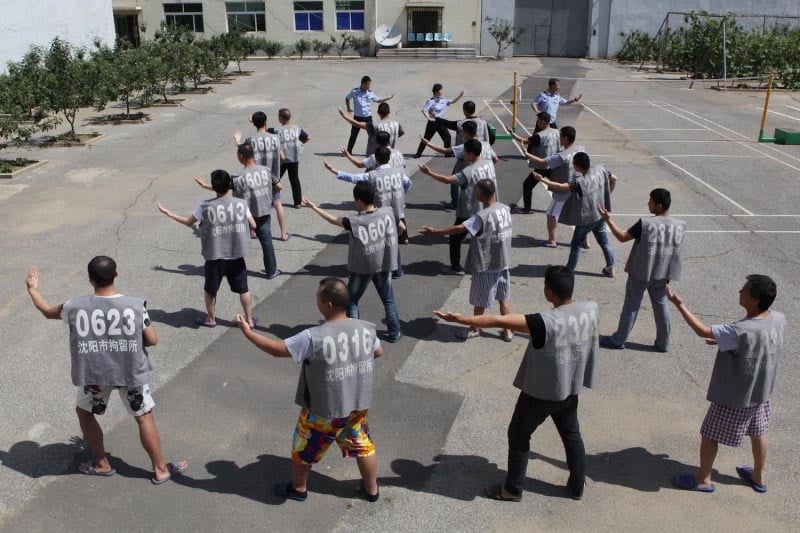 Both HRW & Buzzfeed News report the Xinjiang camps are under all-encompassing surveillance by the Chinese government. Because of this, the inmates are tightly monitored & controlled and are unable to leave the facilities. Many loved ones of the detainees report having no contact with them since detention.

Furthermore, this massive surveillance makes it nearly impossible for the Xinjiang camps to be infiltrated by outside sources; journalists & human rights advocates have had an exceedingly difficult time reporting details of the forced labor camps. The details we do know come from former detainees who have escaped. 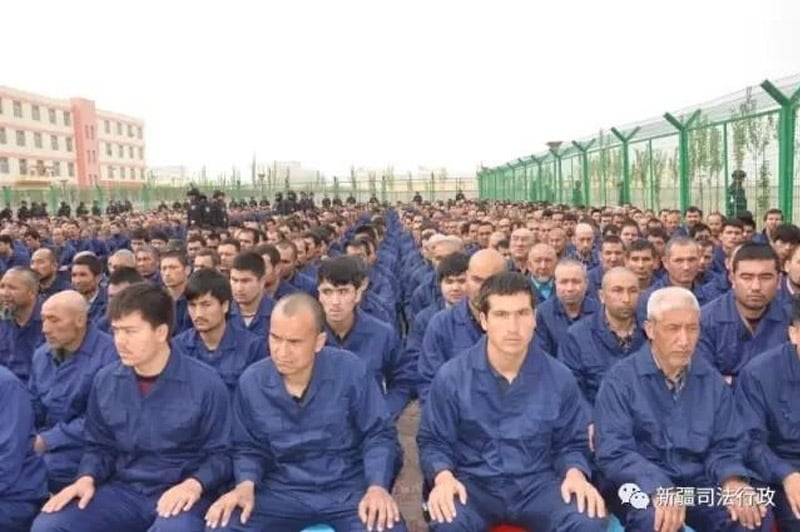 BN reported the story of one woman detained in 2017. The detainee, Dina Nurdybai, was found by Chinese police after they contacted her relatives and she was shipped to a camp from her front door.

After about a year in the camps, she reported being forced to work nine hours a day for $1.38 per month, only breaking once per day for lunch. Bathroom breaks needed special permission. 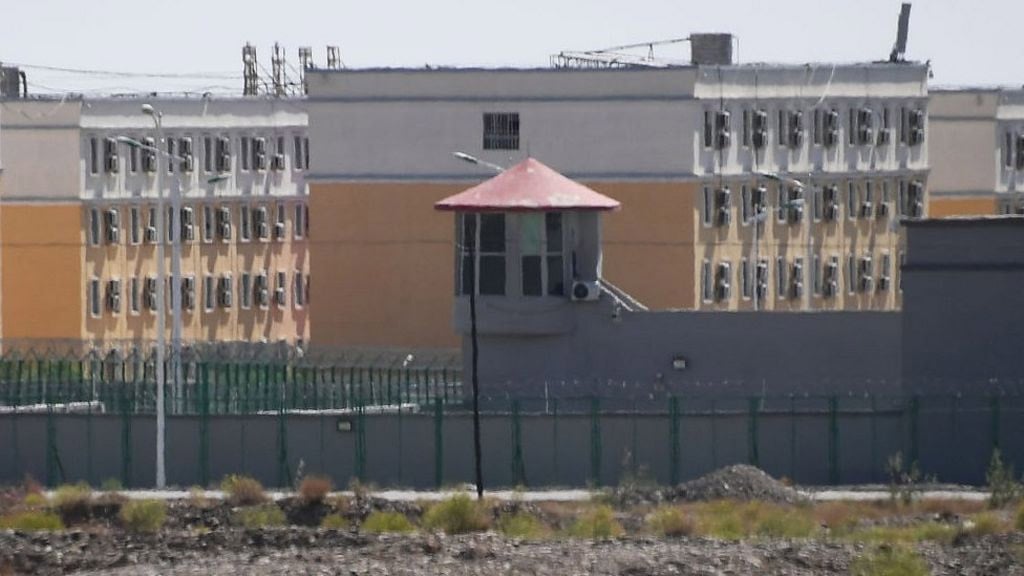 She was released in September 2018, after being told she was imprisoned for downloading WhatsApp, which is illegal in China. Because of her time imprisoned with no notice, she owed the bank thousands of dollars for her personal business, and the life she returned to was in shambles. She still suffers from health complications made in the camps, and continues to pay her debts to Chinese banks, now from out of the country.

The Xinjiang camps have only grown in size & quantity since they began popping up in the autonomous zone in 2017. There’s an estimated 1.5 million as of July 2019, Andrien Zenz reported, and satellite images of the region indicate more factories are being built that will increase this figure even higher in the coming year. 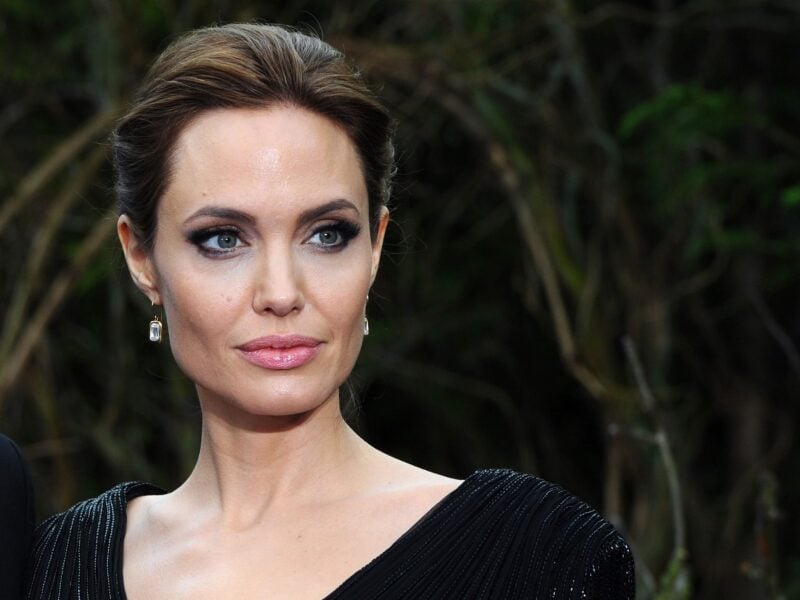