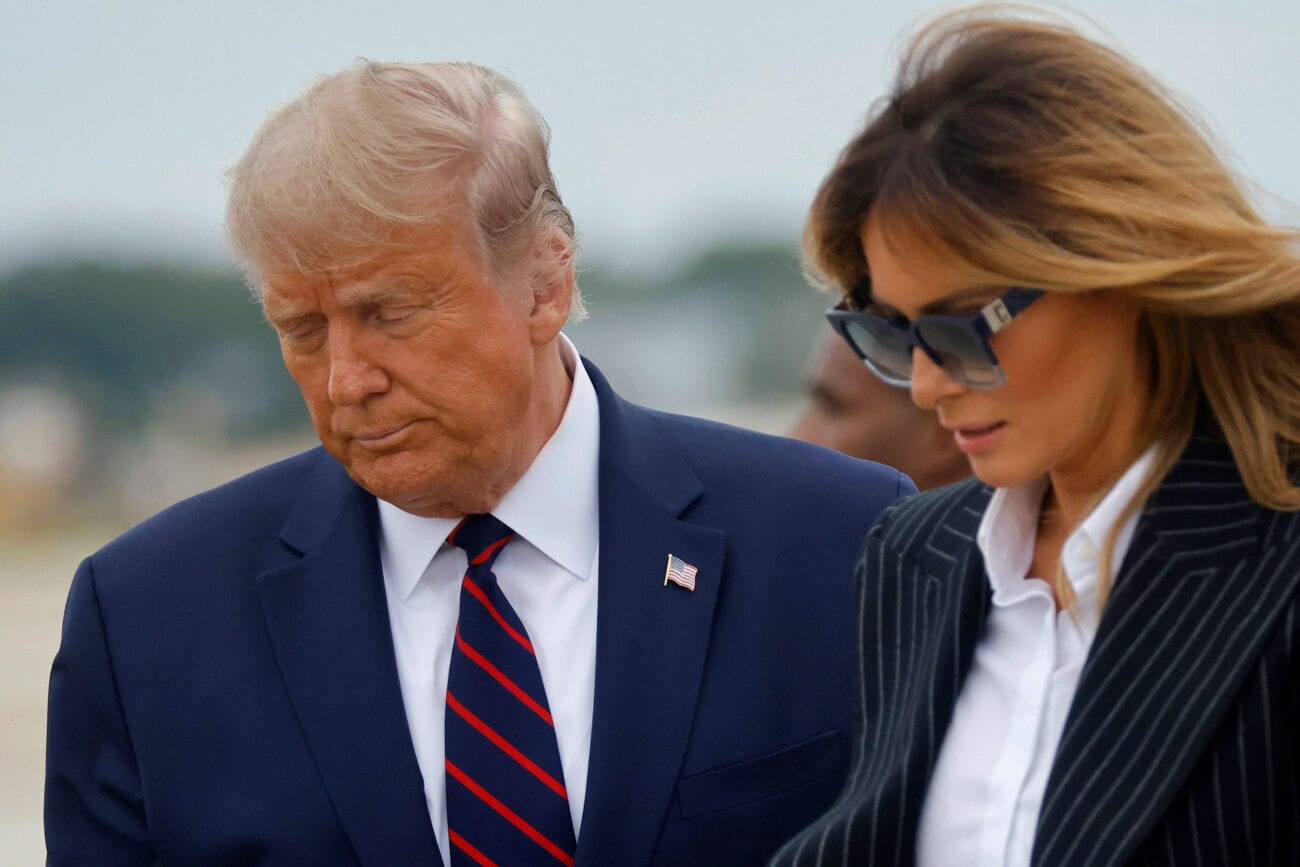 The White House’s COVID-19 outbreak: Should it be on lockdown?

It’s been a wild weekend in politics with more positive tests being reported & the president’s atypical hospital stay at Walter Reed. However, the biggest question might be whether the White House should be on lockdown.

As more White House officials & politicians have announced their COVID-19 diagnosis, heads turn to the Supreme Court nomination Rose Garden event as a prime suspect of being a “superspreader” event. So far, eleven guests at the September 26th event have announced they’ve contracted the novel virus, including President Trump & first lady Melania Trump.

News outlets have reported the White House doesn’t follow protocol when it comes to keeping with CDC guidelines. Several White House reporters have come forward, saying wearing masks inside the White House is mandatory and social distancing is rarely followed in meeting rooms. So how much more information do we need to confirm a White House lockdown? Here’s what we know about the White House outbreak. 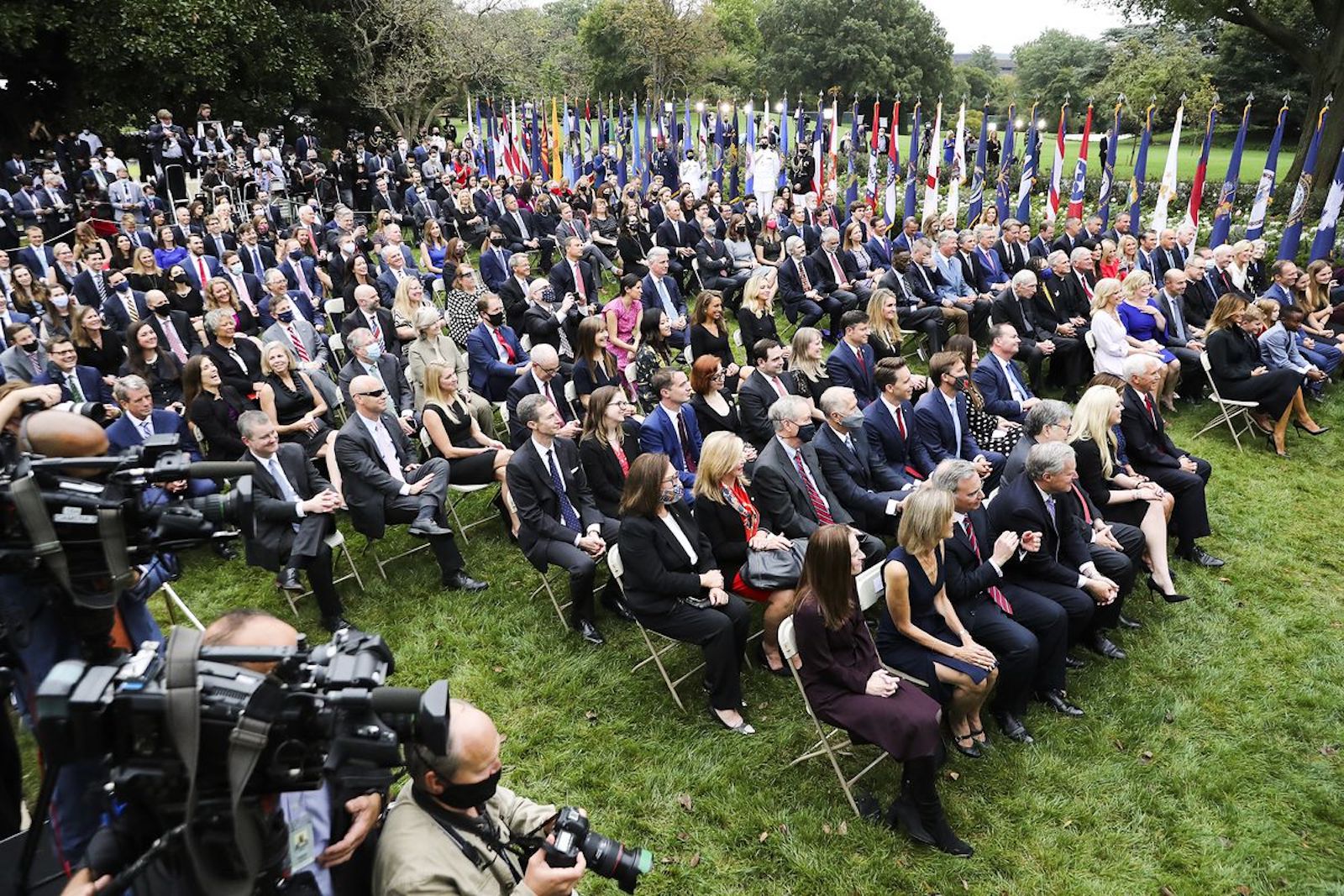 Who attended the gathering?

According to the New York Times, over 200 people were in attendance, all packed in the Rose Garden, sitting in chairs immediately next to each other. The Washington Post reported a series indoor receptions following the outdoor event, where people continued to not wear masks nor properly social distance. Transmission rates are even higher indoors, increasing the odds of contracting COVID-19. 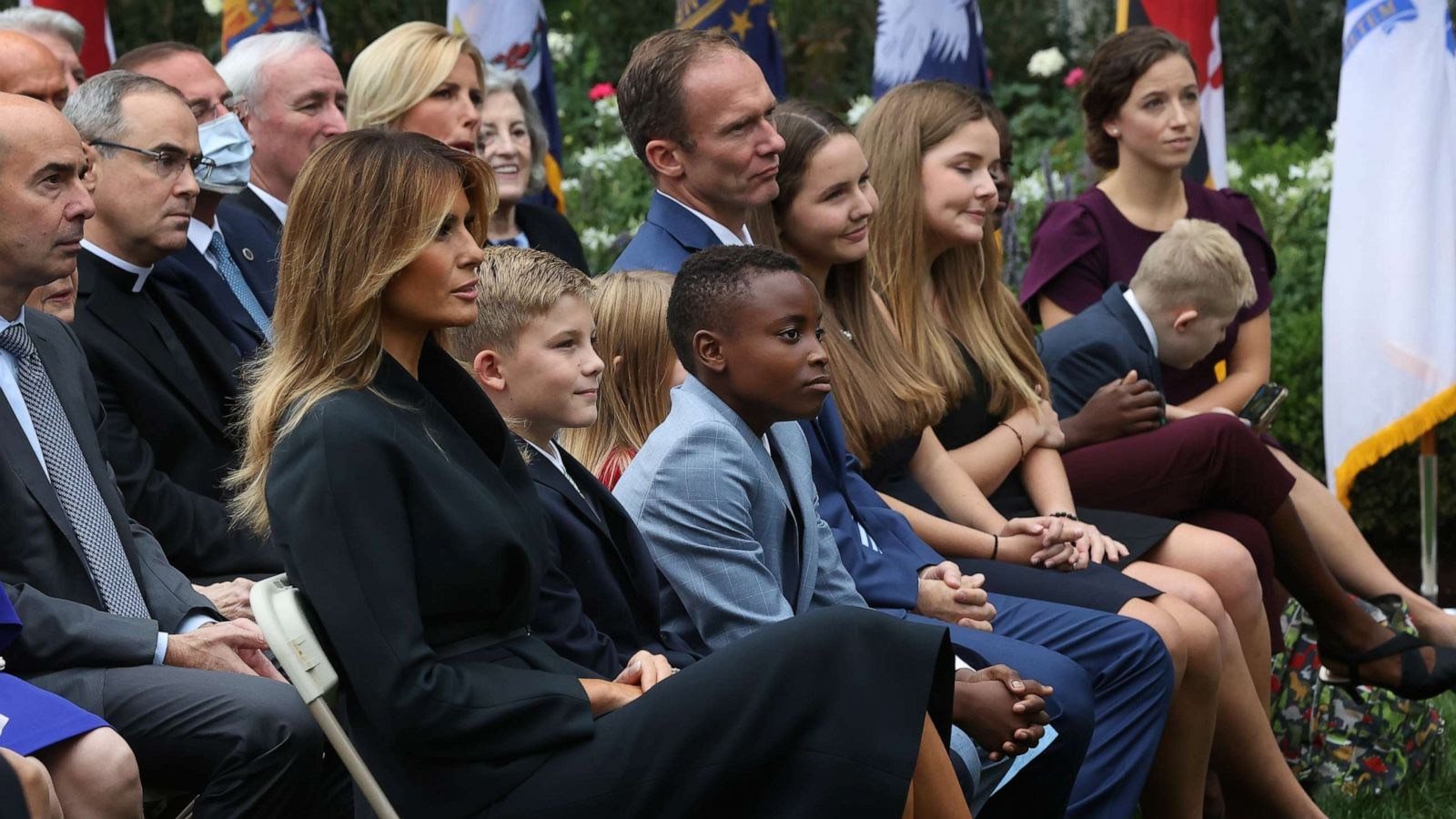 What about Amy Coney Barrett?

While Barrett was infected with COVID-19 earlier this year, Barrett announced she tested negative on Friday and hasn’t reported any positive test from her family, who was also in attendance without masks. The New York Times, however, reported Barrett met with twelve other people, five of which tested positive for COVID-19, including the president & first lady.

Republican senators continue to say they will move forward with Barrett’s confirmation hearings, though other key individuals from the Judiciary Committee also attended the Rose Garden event, including Senators Lee & Tillis. Nevertheless, the hearings have been scheduled from October 12th to the 15th. 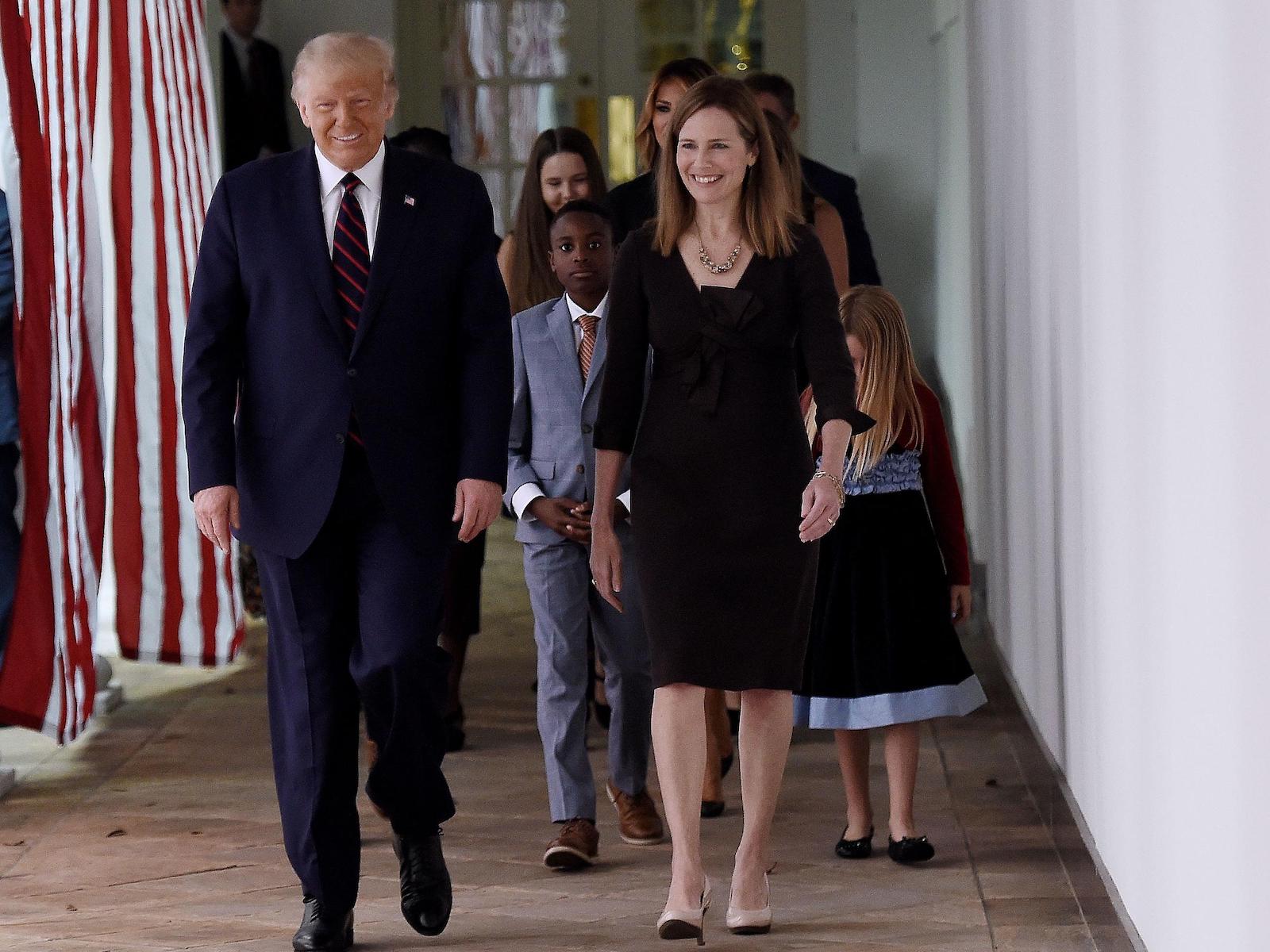 Positive results from the White House

Trump’s adviser Hope Hicks was the first White House official to announce a COVID-19 diagnosis. As one of Trump’s closest aides, Hicks attended multiple events with Trump in the last week, but she didn’t attend the Supreme Court nomination event. Hicks was seen on Air Force One with the president twice and also appeared at the presidential debate.

Since COVID-19 travels so easily, it’s not too surprising to hear more White House officials announce their positive results. Since Trump’s positive test, his campaign manager Bill Stepien & Assistant to the President Nicholas Luna both announced they contracted COVID-19. Neither attended the Rose Garden event. 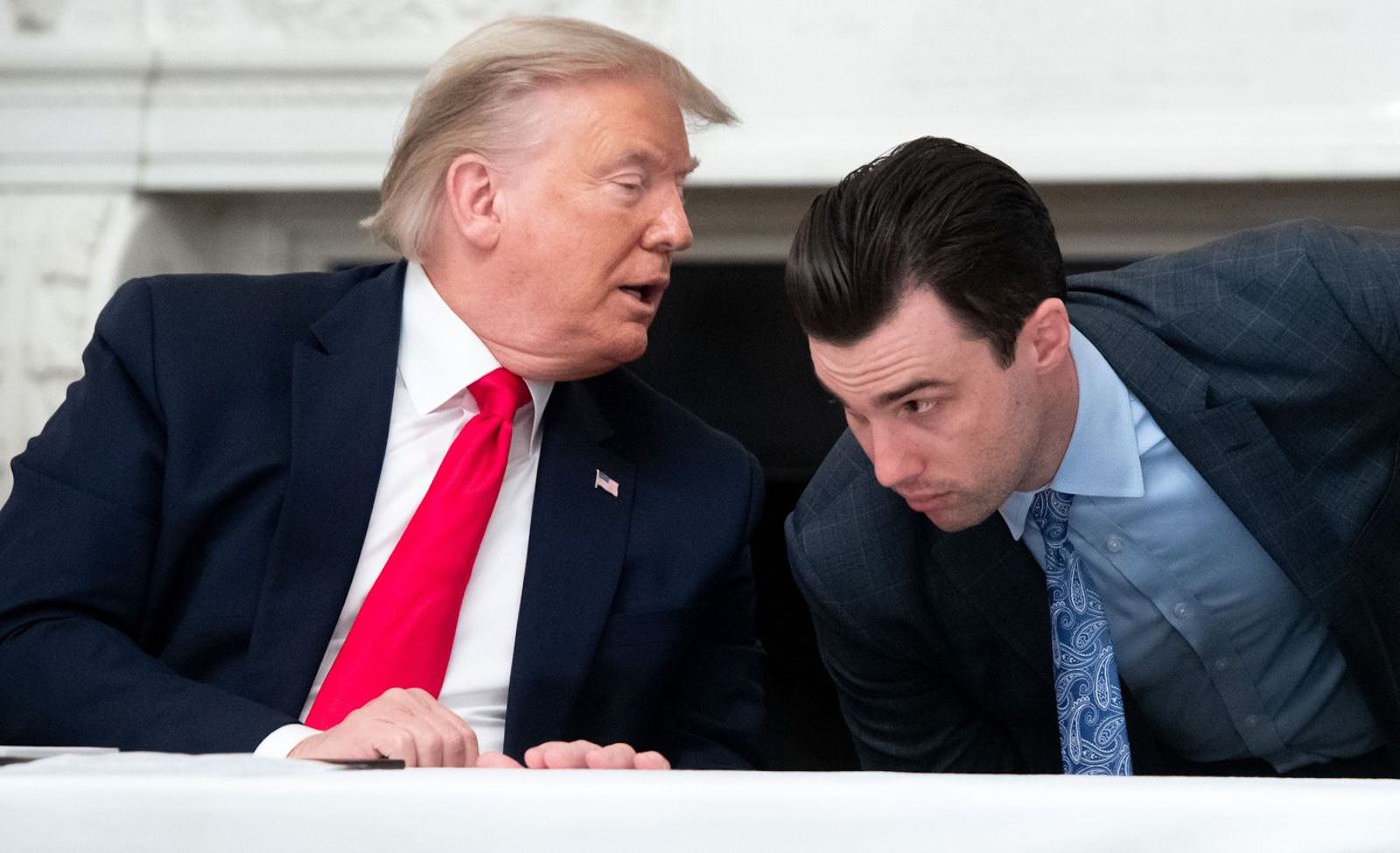 What is a “superspreader” event?

The Rose Garden event has been called a “superspreader” because of the amount of attendees who have since contracted the virus, which could have been caused due to the lack of social distancing & masks.

The Washington Post reported in July 2020 “more than 1,000 suspected clusters” of people have been infected due to “superspreader” events during the COVID-19 pandemic. 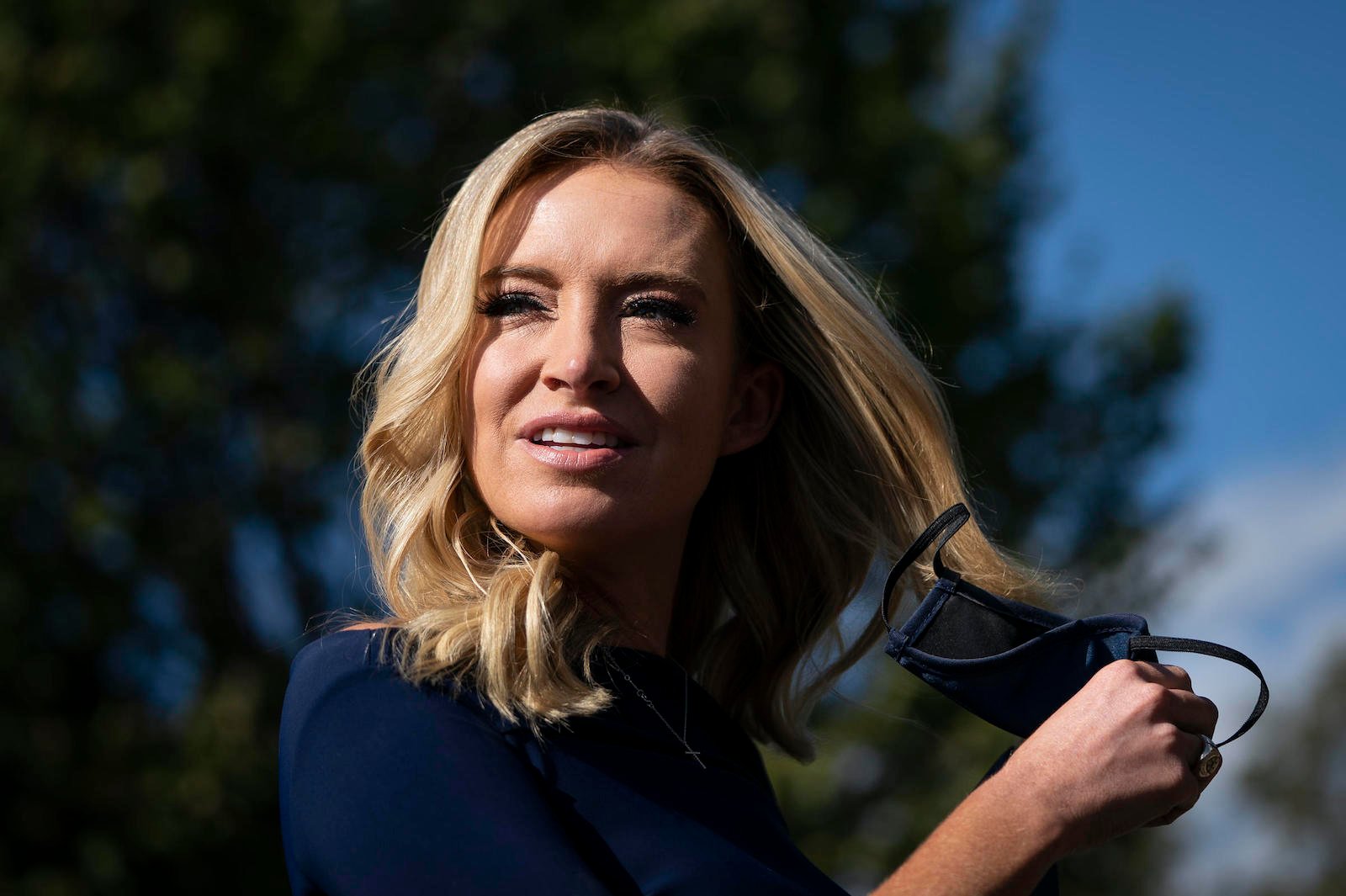 Notably, Press Secretary McEnany hasn’t been wearing masks at any of her news briefings. The Washington Post reported on October 2nd two White House reporters & a White House staffer tested positive for coronavirus, though it’s unclear when or where they would have contracted COVID-19.

ABC News reporters are also in danger of having coronavirus, as Chris Christie is a ABC News political analyst and appeared on the channel in-person following the presidential debate. Christie was notably at the debate along with the Trumps & Hope Hicks. As all four people have contracted the novel virus, this put many people at the debate at risk, including Joe Biden & moderator Chris Wallace, though neither tested positive. 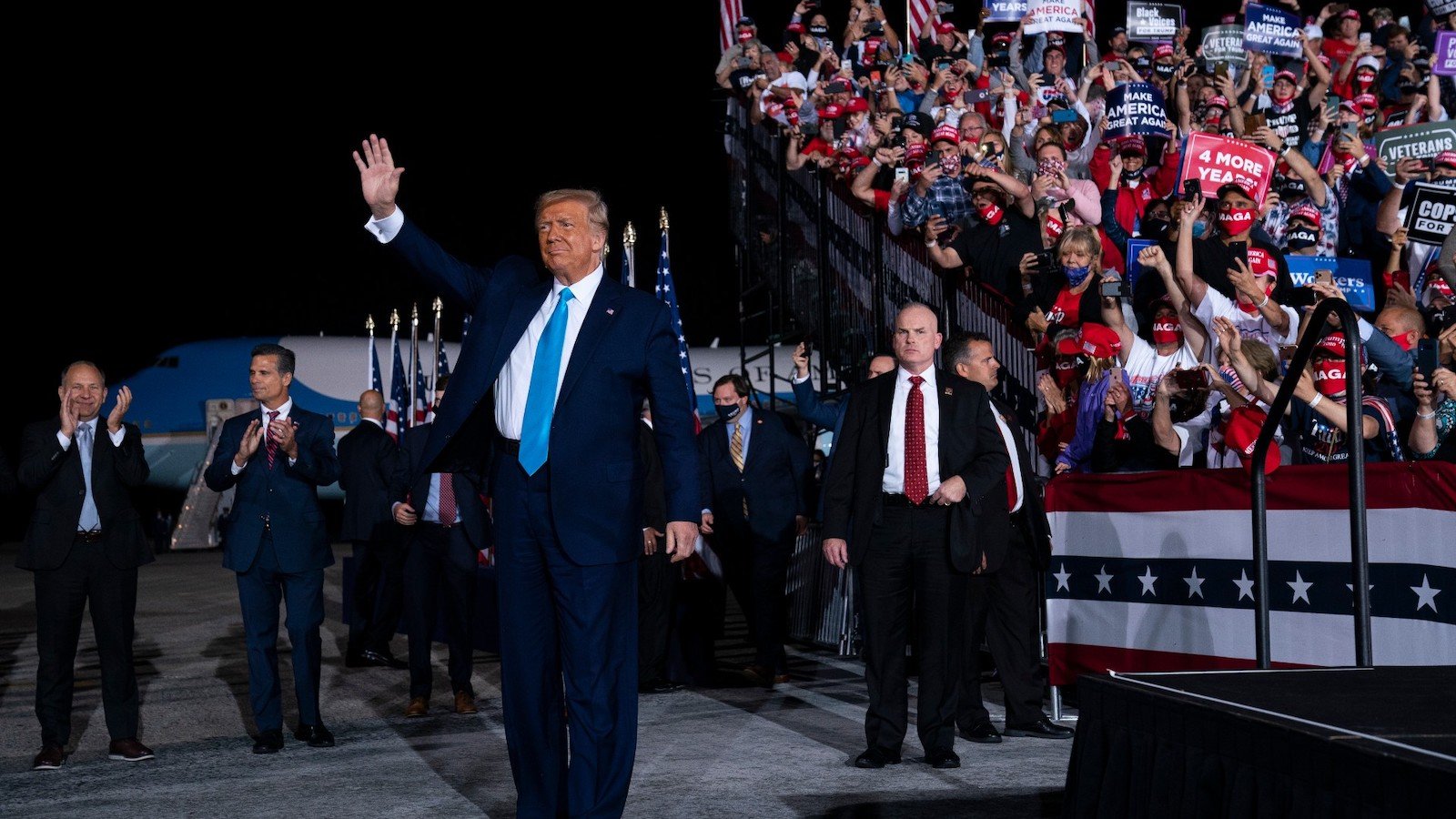 Trump had a busy schedule during the week leading up to his positive result, which could potentially put citizens at risk of contracting COVID-19. After the Rose Garden event, Trump had a golfing session in Virginia and attended two campaign rallies, one in Pennsylvania on September 26th and another in Minnesota on September 30th.

On October 1st, the day Trump announced his positive result, he had attended a round-table event & fundraiser in New Jersey.

After Bloomberg reported Hicks’s diagnosis, Trump made a call to Hannity, where he revealed Hicks could have interacted with people at his rallies. The Wall Street Journal reported Trump had already tested positive to COVID-19 prior to appearing on Hannity, but didn’t disclose the information on air and instead claimed he was waiting for results. 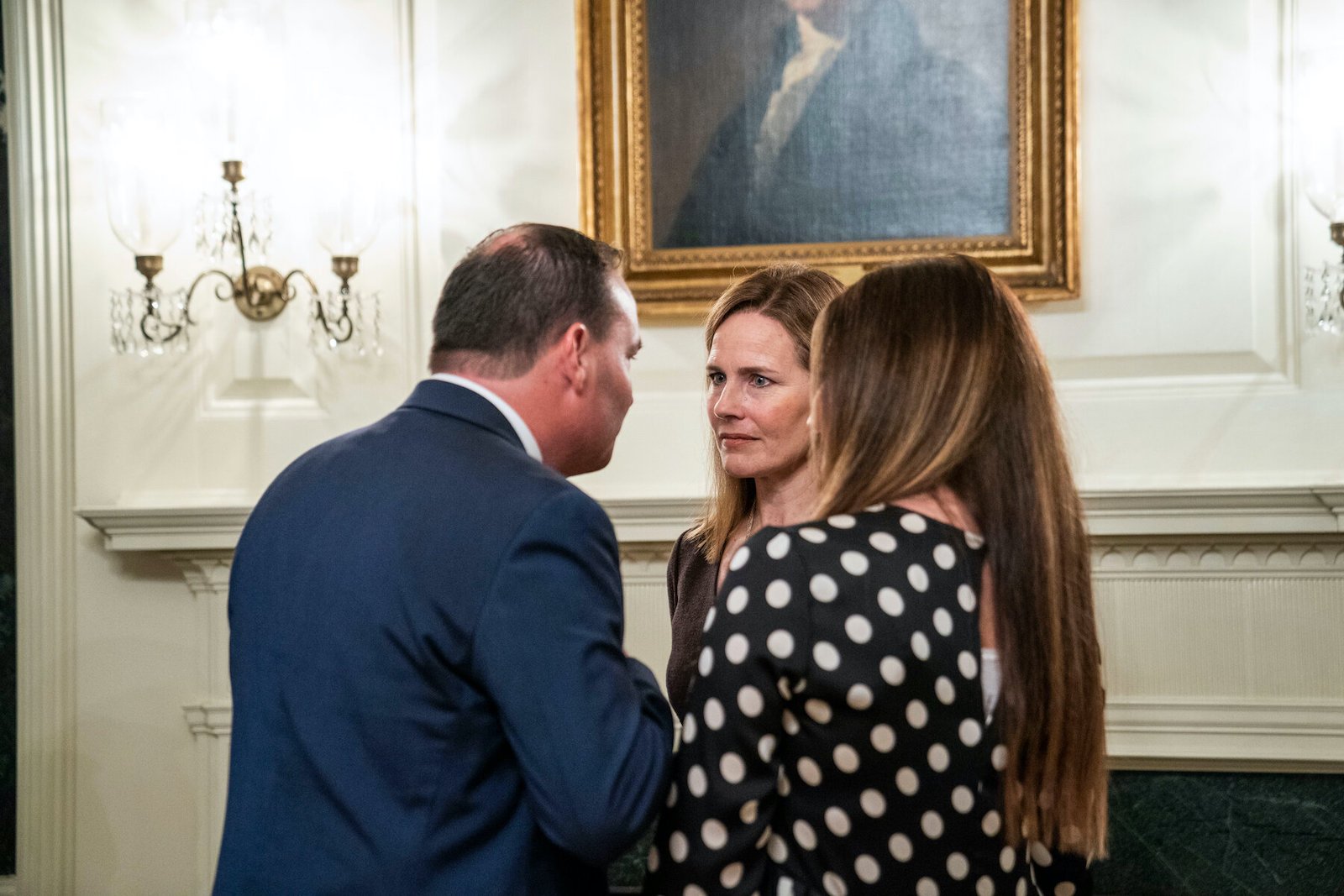 By not following CDC guidelines, the White House has entered hot waters with the public, as doctors & epidemiologists voice their overwhelming concerns about the White House’s response to these positive results & the “superspreader” Rose Garden event. Reporters have also been asking about the timeline of events & the president’s symptoms.

Kate Grabowski, an epidemiologist at Johns Hopkins University, told Buzzfeed News she considered this whole debacle “one of the single most appalling things that has happened in the past few months”.

Despite having COVID-19 and potentially infecting multiple secret service agents, Trump took a motorcade photo-op in front of Walter Reed Hospital on October 4th, much to the chagrin of doctors & medical professionals. Walter Reed-attending physician Dr. James Phillips, called the move “completely unnecessary” & “insanity” to “put their lives at risk for theater”.