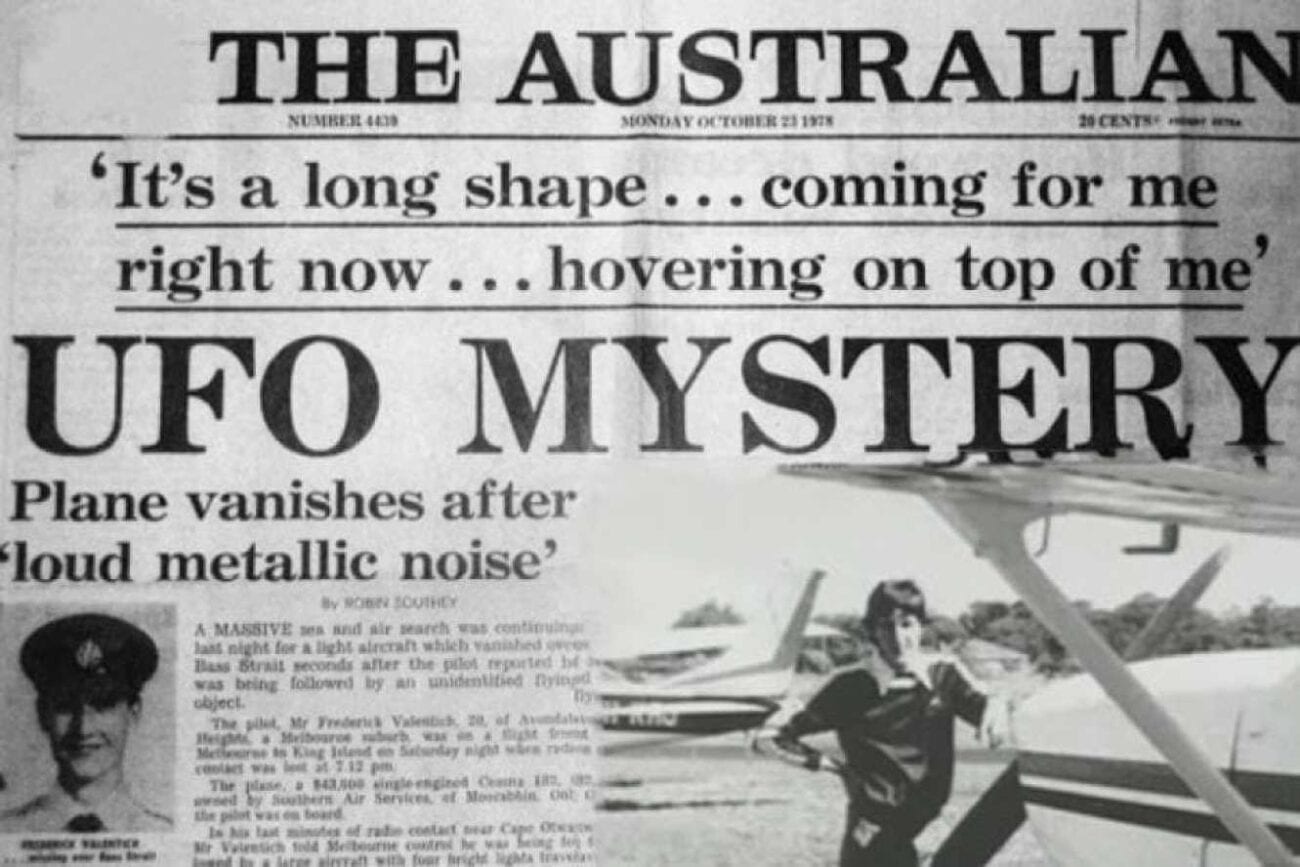 When Frederick Valentich disappeared did he see a real UFO?

Is there such a thing as a real UFO? Well, that’s the million-dollar question, isn’t it? There have been plenty of stories of UFO sightings and claims of alien abductions over the years. Very few of those, however, are as spine-chilling as the case of Frederick Valentich, who claims to have seen a UFO before disappearing off the face of the Earth. Y-I-K-E-S, am I right?

Did Frederick Valentich truly see a real UFO before mysteriously disappearing? What happened the night that young pilot disappeared? Will the mystery always remain unsolved? Or is there a chance to know once and for all if aliens truly took Valentich back in the 70s? 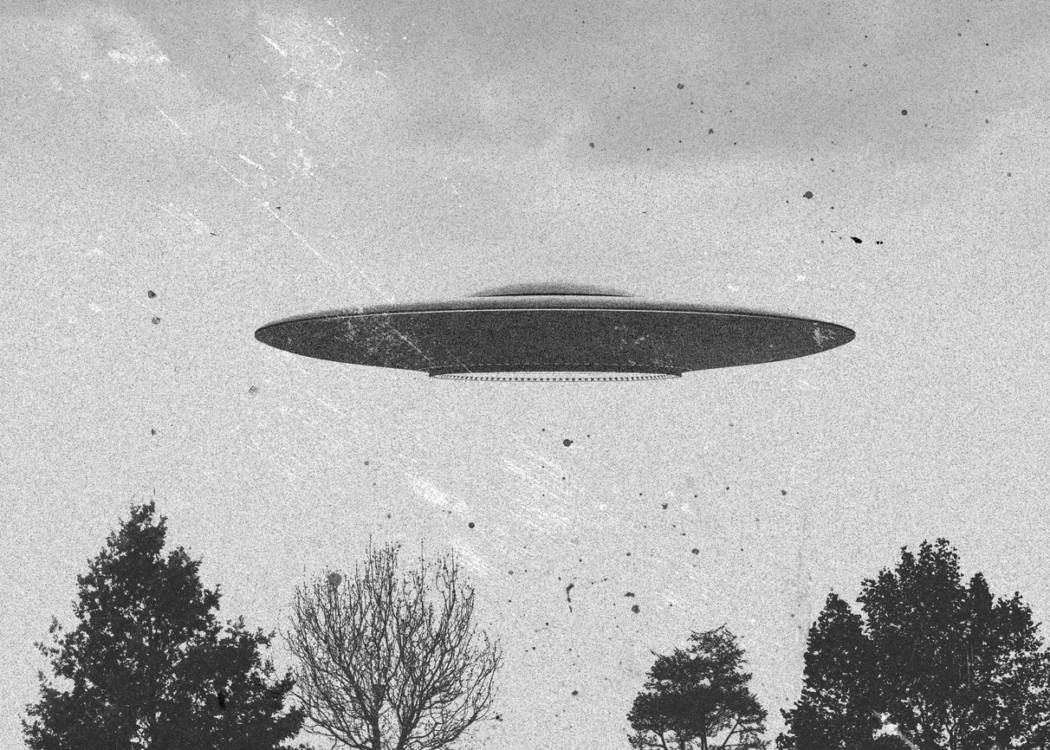 Who was Frederick Valentich?

The 20-year-old Valentich had also been involved in a couple of air incidents. He strayed into controlled airspace above Sydney, which he was let off with a warning. Twice, Valentich flew into a cloud deliberately, which prosecutors were considering pressing charges against Valentich for. 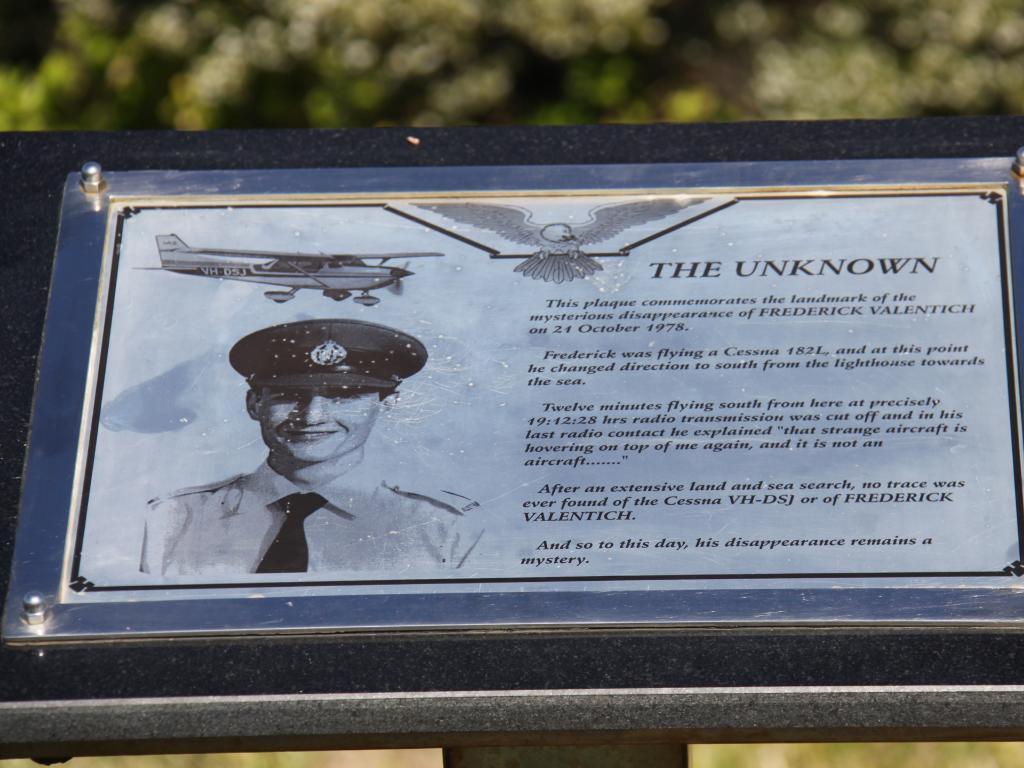 The final flight of Frederick Valentich

On the evening of Oct. 21, 1978, Valentich was attempting a training flight over the Bass Strait, which is between the Australian mainland and Tasmania. To make this flight, Valentich was piloting a Cessna 182L, which is a light aircraft. The exact path of the flight was approx. 125 miles from Moorabbin to King Island.

Any hope of this being a routine training flight, however, went out the window at 7:06pm when Valentich radioed in. He contacted the Melbourne Flight Service and let them know that an unidentified aircraft was following him. The Service, however, said that there was no traffic near him at the time. 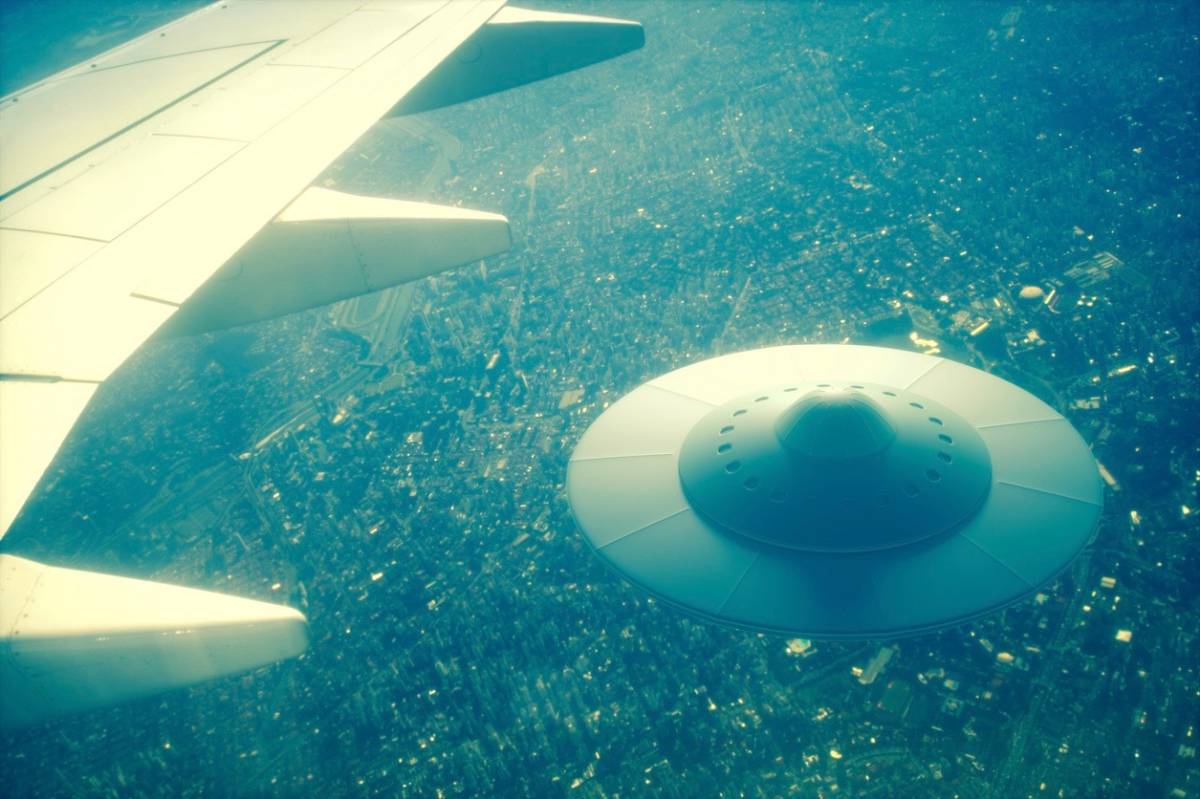 Valentich remained insistent though. He describes the unknown aircraft to the Service, saying that it had four bright landing lights and that it flew 1,000 feet above him. He kept reporting the movements for five minutes, saying that he believed that the pilot of the craft was “toying” with him. He described the craft as “orbiting” around his plane.

Valentich also described the craft as shiny, metallic, and with a green light on it. Then, however, things got really dire. Valentich reported engine trouble to the Service. Officials asked Valentich to identify the other aircraft. The only thing Valentich could say, his very final words before he was cut off by a metallic, scraping sound, were “It isn’t an aircraft.”

Anyone else have goosebumps? Because, oh boy, now we all need to worry about aliens abducting us from our airplanes now, huh? 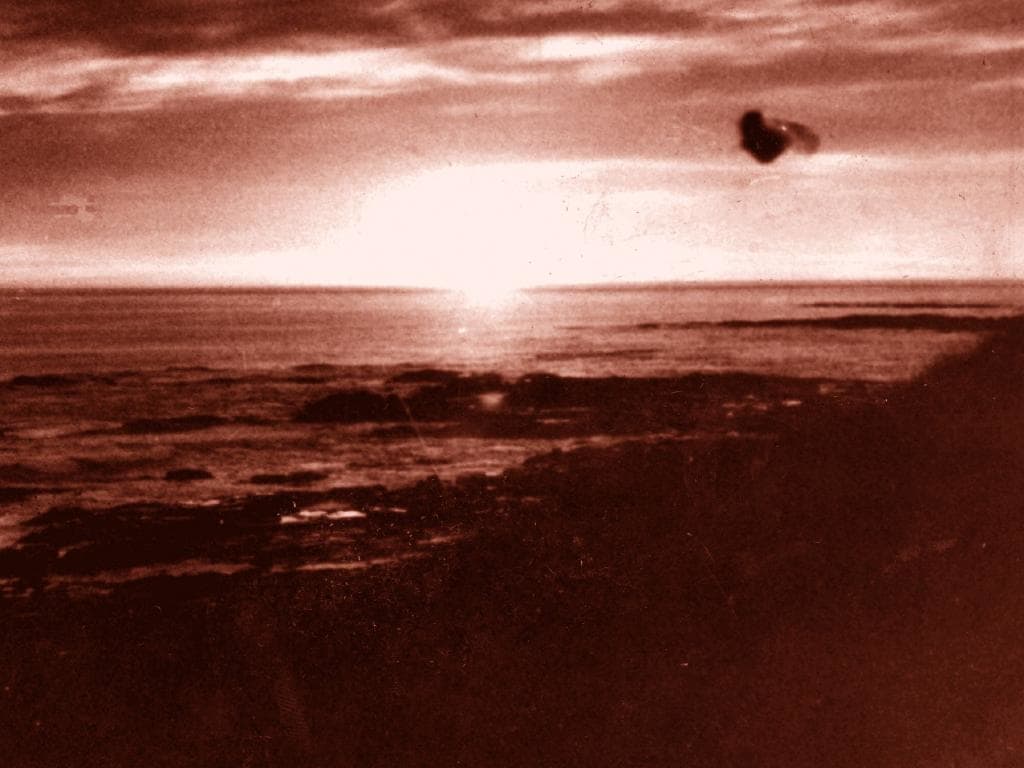 The search for Frederick Valentich

No one immediately jumped to the conclusion that Valentich saw a real UFO or alien abductions. Those theories would come later. Instead, they just assumed that Valentich crashed his plane. An air and sea search was performed in the area where Valentich last reported his coordinates, but nothing turned up.

Even the Australian Department of Transportation took over the case, but came up just as empty as everyone else. Witnesses did see planes landing or flying overhead, but no one saw the crash. Eventually, Valentich was presumed dead and the case was closed.

In 1983, five years after Valentich went missing, an engine cowl flap washed ashore on Flinders Island. The Bureau of Air Safety said that it was from the same kind of plane Valentich was flying and serial numbers were in the same range as Valentich’s as well. 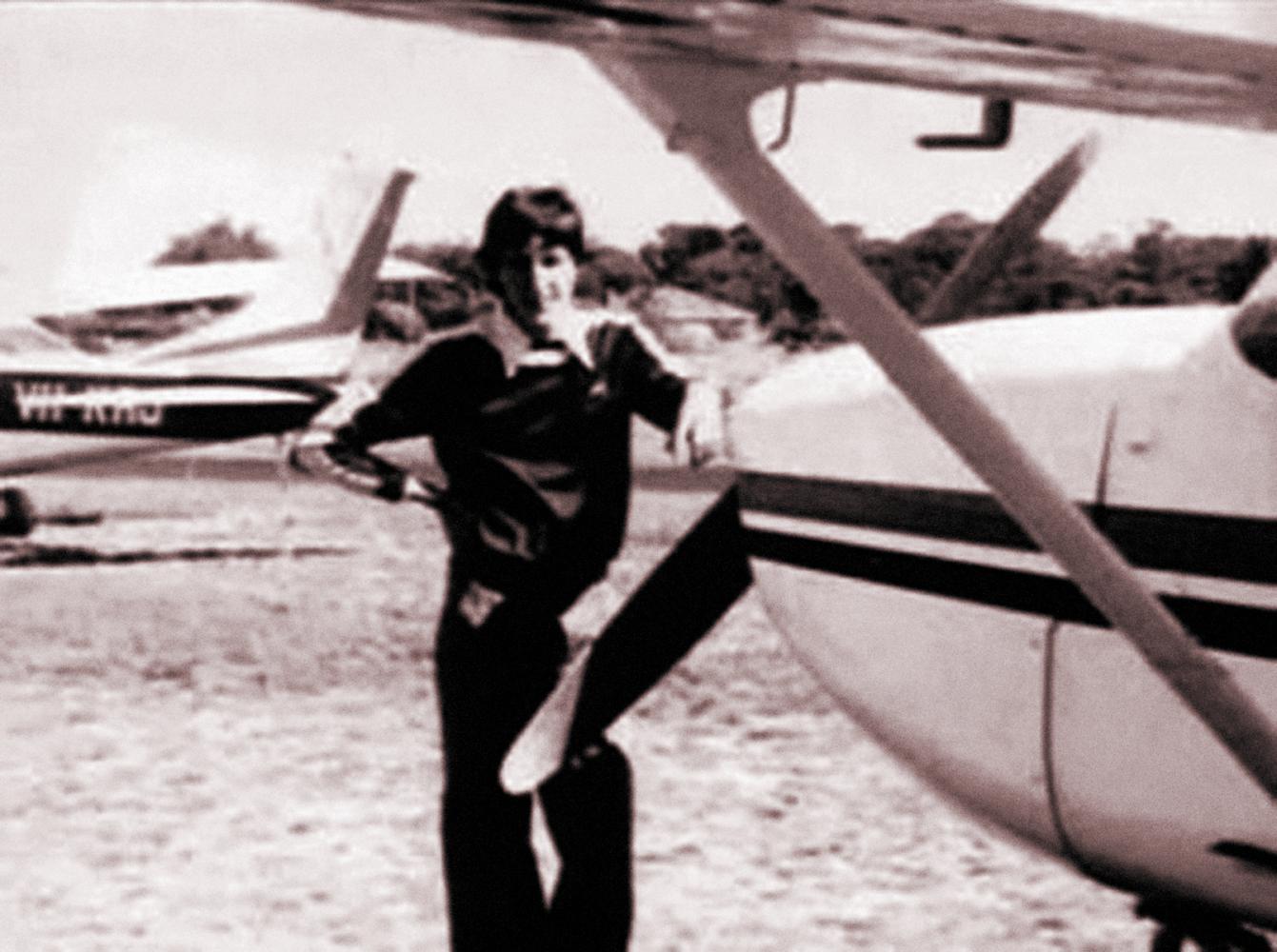 Ironically enough, in a very dark sense, Valentich was a pretty big believer in real UFOs. In fact, he was worried about running into one while out flying, according to his father. Ufologists pretty much adopted the case from the start with claims of eyewitness reports seeing the craft that Valentich described in his final communications.

A Victorian farmer would later claim that he saw the UFO on his property the next day, saying that he saw Valentich’s plane stuck on the side of it and “leaking” oil. A Victorian UFO group who dug up the story, however, could not find the identity of the farmer and have been looking for him since 2013.

So was it a real UFO encounter? Or did Valentich make a mistake before crashing? Either way, the case continues to fascinate and haunt people on and offline. Thought 40 years since Valentich’s disappearance, it looks like we may never get answers to the case.