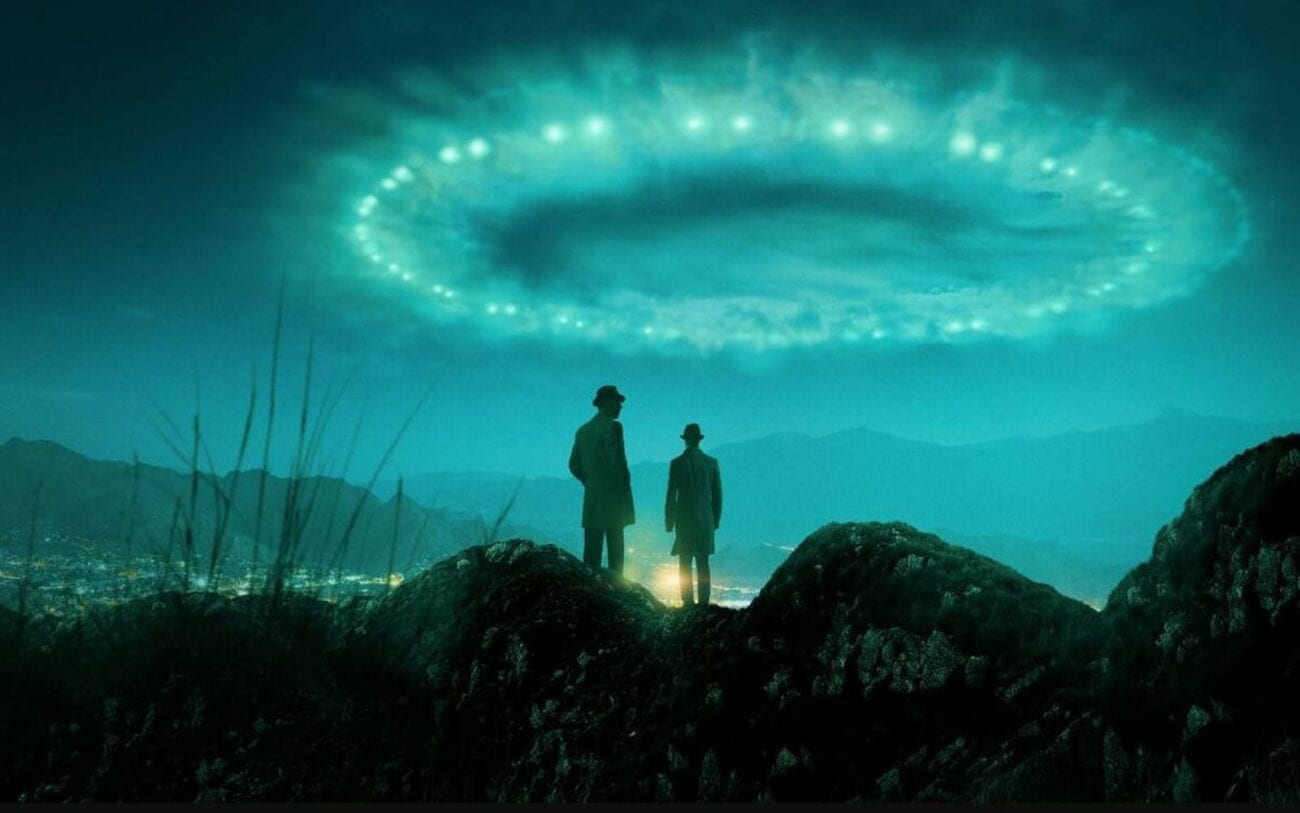 2019 UFO sightings: Look at these ASAP if you haven’t seen them yet

As another year goes by, the great big universe beyond continues to reveal itself to those of us on Earth.  Whether or not you believe in little green – or grey – creatures from a world beyond, there’s no longer doubt living organisms in some variation exist on some floating sphere in the galaxy.

Speaking of floating spheres, 2019 was filled to the brim with eager sight-seers, searching for a rare glimpse of what will finally put their search for alien life to rest – a glimpse of a real UFO. With thousands of sightings reported across the U.S. last year, take a look at some of these popular UFO sightings ASAP. 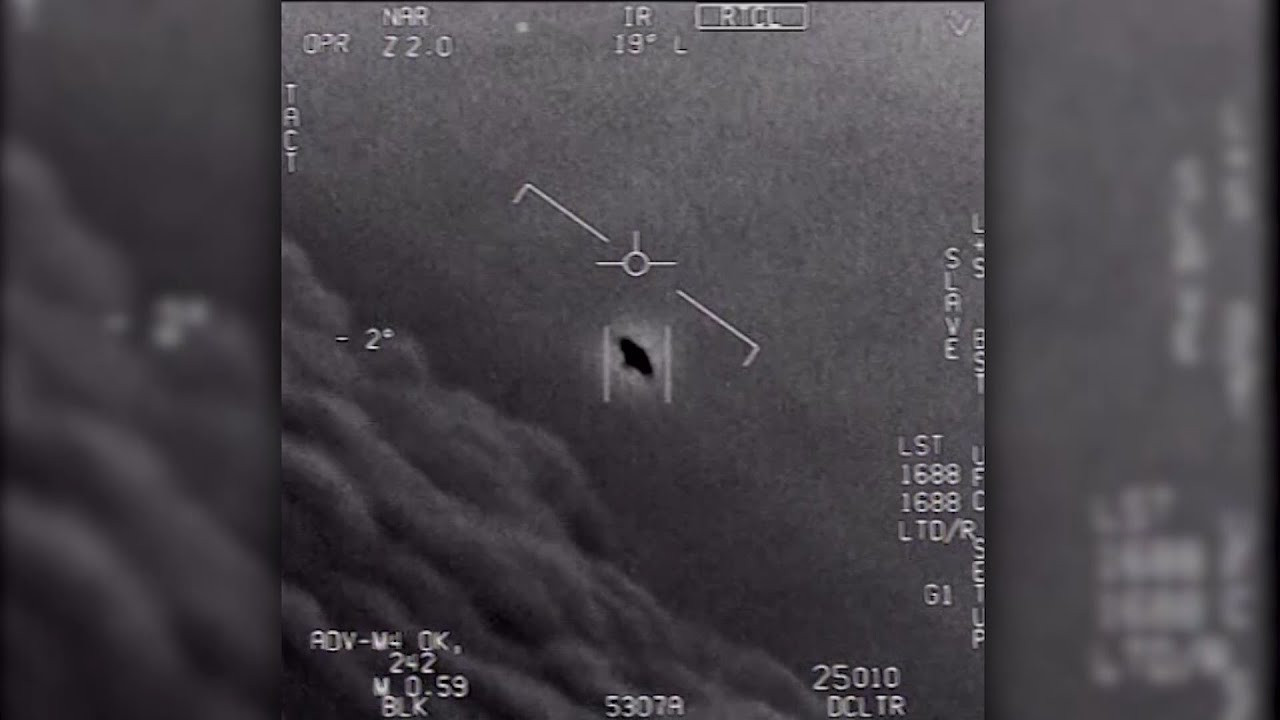 2019 was a breakthrough year for alien enthusiasts, one which truly legitimized their beliefs on some of the highest authority – the U.S. Navy. If you haven’t seen this story yet, it’s a doozy.

While the actual footage of what the navy has called “unidentified aerial phenomena” was taken in 2004 & 2015, the footage was leaked in 2018, and officially acknowledged by spokespeople for the U.S. Navy in 2019. The footage documented unidentified objects zooming past Navy fighter jets – and transcription from the shocked pilots.

Applying new policies of transparency, the Navy confirmed the clips as being real, with still no answers as to what their pilots saw. Speaking on behalf of the Navy, Joe Gradisher revealed, “For many years, our aviators didn’t report these incursions because of the stigma attached . . .” So what else is the U.S. military holding out on? 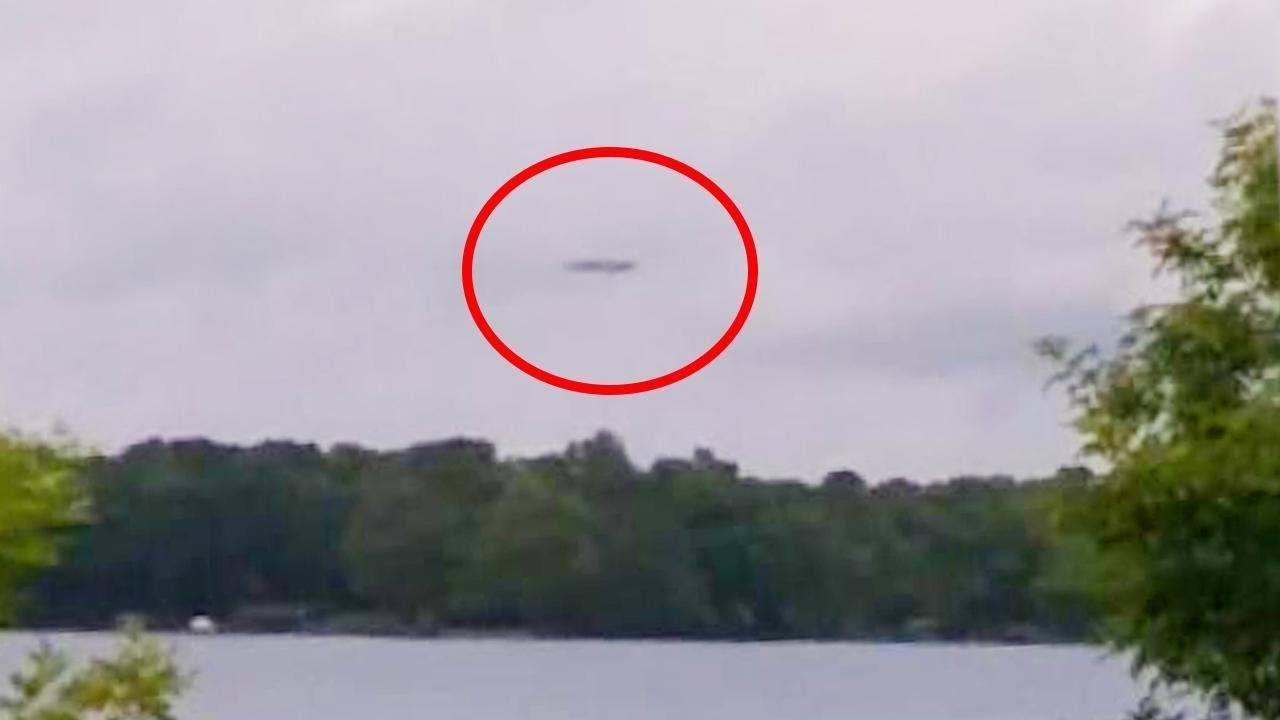 An article released by the Charlotte Observer in November 2019 acknowledged a city called Selby, North Carolina was the focus of national attention when a video of a “real UFO sighting” was released on Youtube. Taken by Aaron Bostic, the thirty-eight-second video was recorded during a traffic jam on the highway.

Through the blur, Bostic described seeing a “diamond-shaped object glowing really brightly.” Bostic reported the unknown object remained floating for two minutes before disappearing from view. Denouncing his own personal belief in aliens, Bostic noted the increase in sightings and recent military news had made him ask more questions.

According to the Charlotte Observer, this video came just two months after an NC man named William Guy released a video of another “real UFO sighting” in September. Over a dozen glowing orbs were filmed off North Carolina’s Outer Banks – the thirty-second video was acknowledged by the military as having no relation to any ongoing operations. 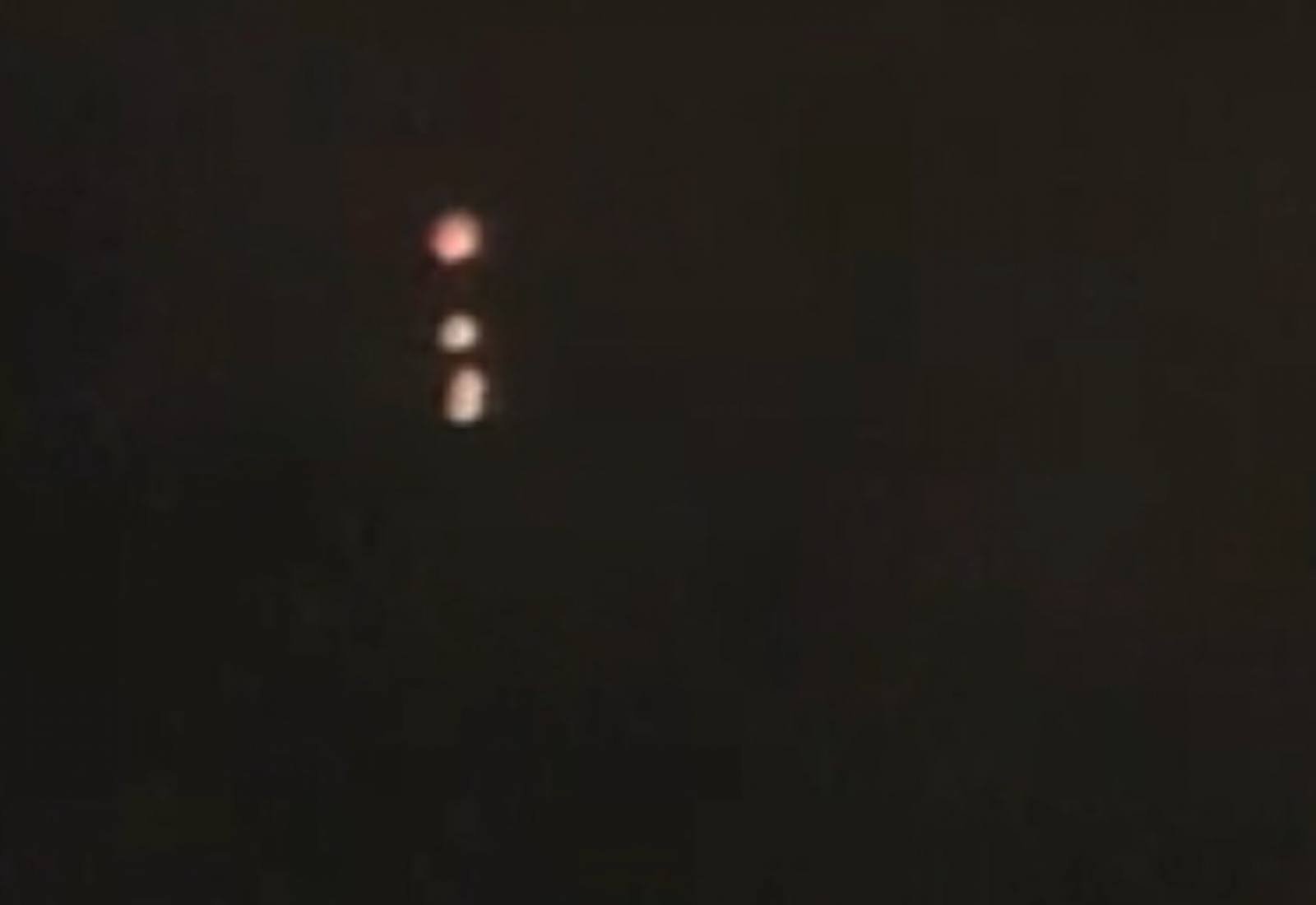 If visitors from other planets ever went sight-seeing in the U.S., then the American Southwest would be one of their choice destinations – specifically Arizona. According to a local news station in Arizona, the state accounted for over 200 alleged sightings in 2019 alone – many coming out of Phoenix and surrounding cities.

In December 2019, an unnamed person provided information to 12 News after having reported a “strange sighting” making its way towards Scottsdale, Arizona – just outside of Phoenix. The unidentified party explained, “I was sitting at my kitchen table and I saw a saucer with blue lights . . . traveling northeast towards Scottsdale.”

Days earlier, two other reports came in from the same area, as at least two separate witnesses described seeing, “30 star-like objects traveling in a line.” In September 2019, a witness reported, “six silver irregular flying objects zig-zagging over Scottsdale, AZ.” Needless to say, we may be adding Scottsdale as a stop on our next trip out west. 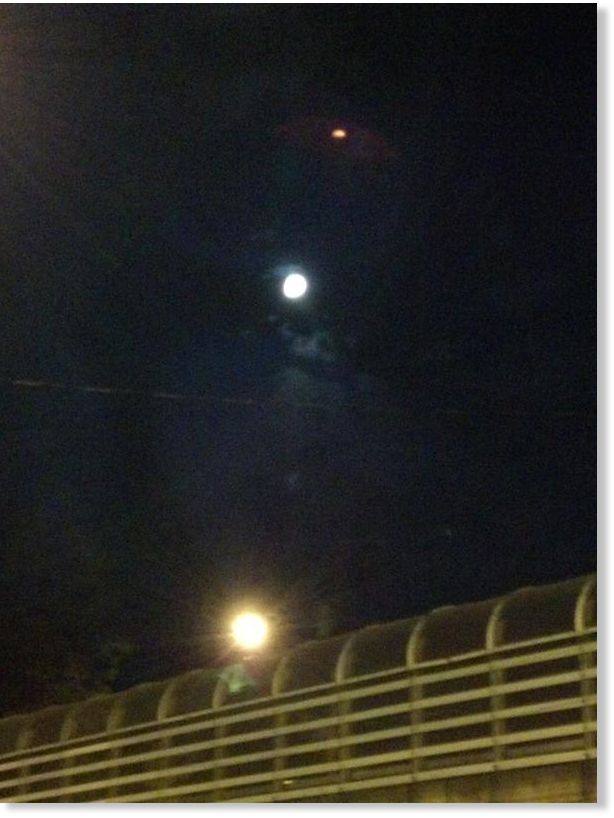 January 2019 was a big month for UFO sightings in Connecticut – at least three different reports were placed between Jan. 11 and 12 alone. Of two reports on January 11, one detailed an object with “two lights were coming from a single saucer-like object,” appearing to hover around the property of the witness’s farm-owning neighbor.

Another January 11 UFO sighting described a, “triangular shaped object (with three points aiming up)” descending rapidly towards the ground. The spectator was driving on the highway at 6:30am, and expected the object to crash to Earth – we’re thankful this distracted driver stayed safe behind the wheel over the course of the encounter.

The very next day, another CT resident awoke to what they described as the sound of a helicopter. Instead, they reported, a “circular disk with spokes of light” hovering in place for an extended period of time out in the darkness. Apparently, even visitors from space are attracted to charming New England. 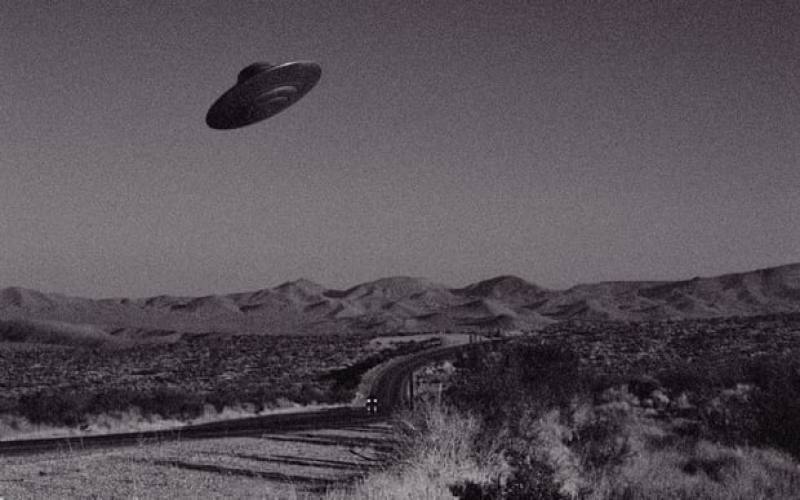 In August 2019, a couple driving on New Jersey’s Garden State Parkway were shocked by the sight of “two peculiar white lights” appearing to be headed in their direction. After taking a closer look – while managing to keep their eyes on the road – they determined the lights were “affixed to a very large, triangular craft.”

The husband and wife noted the craft appeared to hover over the highway, performing maneuvers unlike known objects. The two described seeing “windows” atop the craft, and light was shining from within. All the while, the rest of the cars on the highway appeared to pass by without taking notice – those poor people were really missing out.

In a landmark year, 2019 UFO sightings reached both a national, and international high,  even receiving recognition from the U.S. military as a legitimate topic of interest. While UFOs are indicative of any unidentified objects –not just aliens –the world may be shaping up for some grand reveal – we’ll be keeping our eyes to the sky more often.