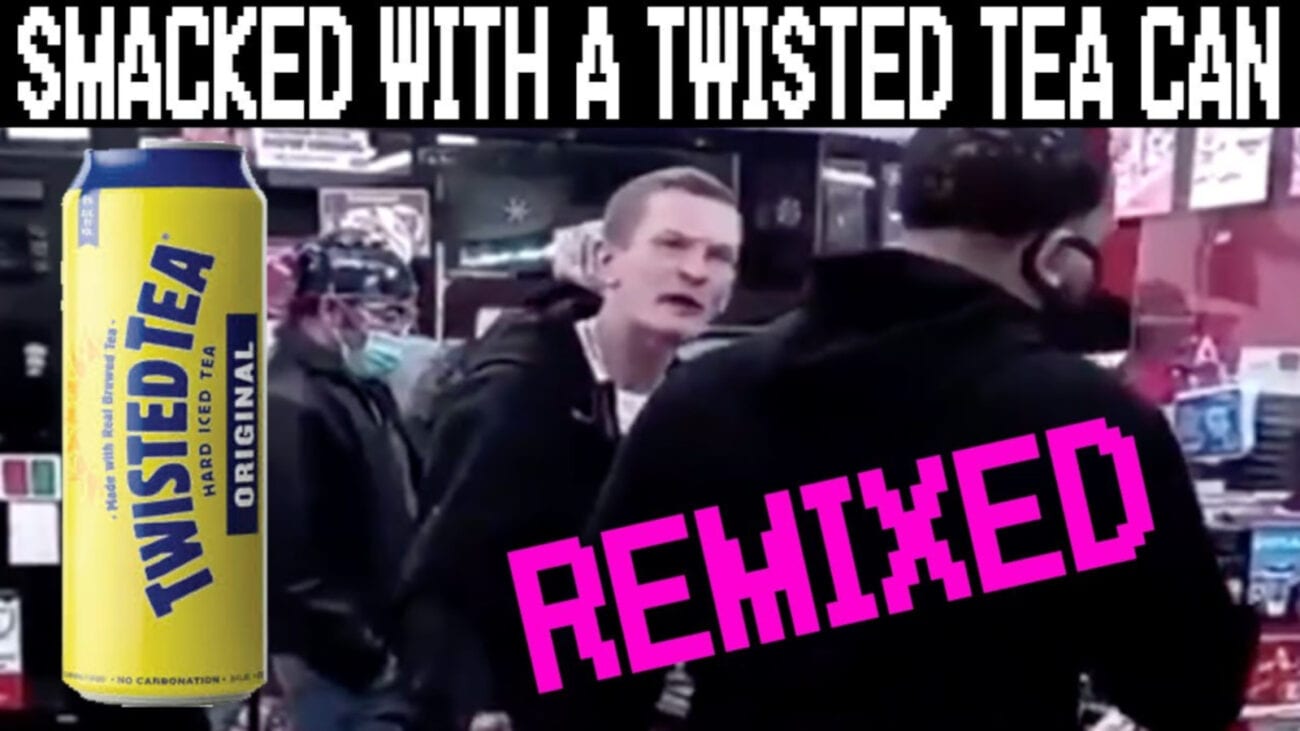 From knockout to Twitter memes: How Twisted Tea became anti-racist

Hang onto your hats, because the new torches & pitchforks are now “soup for my family” & Twisted Tea. Since a viral video of someone getting clocked by a Twisted Tea can after hurling a slur at the can’s holder broke the internet, Twisted Tea has become the new social justice shorthand for “oh, it’s on”!

While we at Film Daily don’t promote violence, throwing hands, spewing racial slurs anywhere for any reason, or being a jack*ss in public, trends are our specialty. That said, we had to take notice and delve into the new Twisted Tea meme. How did a simple canned tea go from a gas station staple to the new symbol of anti-racism? Let’s dive in!

Eons ago in internet time, meaning a few days ago, a viral video blew up on Twitter, showing a man waiting in line at the gas station with a can of Twisted Tea. In the video, a maskless, scrawny white guy keeps yelling the N-word in the store and hassling the customers & staff. When a black customer at the front of the line challenges his use of the slur, the guy escalates, getting up in people’s faces and throwing out more N-bombs.

In the video, still making the rounds on Twitter, the black customer has clearly had enough. He grabs the yellow can of Twisted Tea, winds up his arm, and clocks it across the white guy’s face so hard, the tea bursts from the can and splatters everywhere. Then, a scuffle ends with the white guy on the ground getting punched in the head by the black guy. An onlooker cries out: “I think he’s learned his lesson, man.” 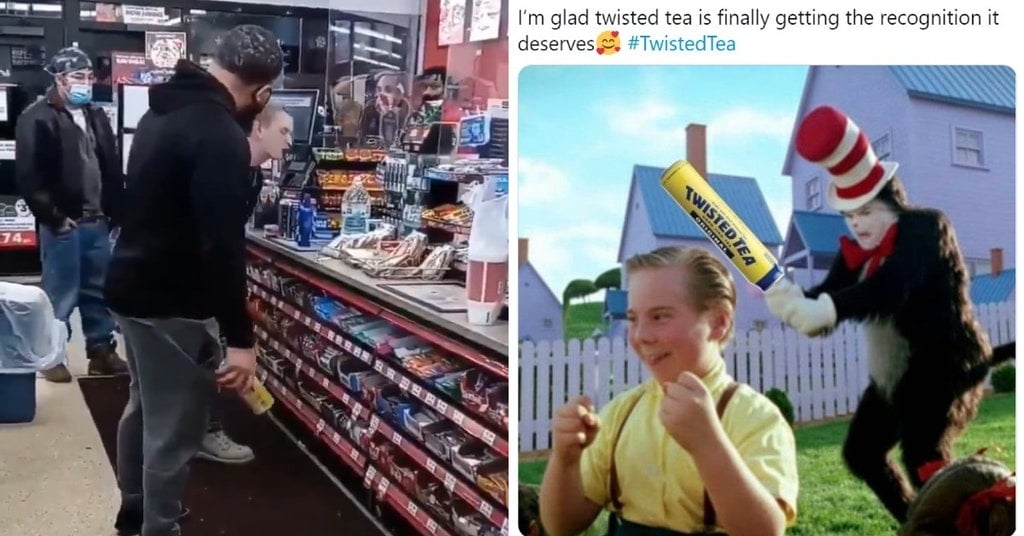 Let’s talk a little bit about memetics. This is the study of the human phenomenon of repurposing symbols & language to fit the times, new ideas, and common dialogue. That’s our Cliffnotes version anyway – the real definition is pretty nuanced and would take a textbook to explain. What’s important is memetics are the reason Twisted Tea went from a gas station drink to viral Twitter memes.

Also, memetics is where we get the word “meme” from.

When the cop ask me if I have any weapons in my car #TwistedTea pic.twitter.com/BjEzh04yuu

In this instance, a viral video made the rounds online. It features a black guy fighting a white guy for saying the N-word. What’s his weapon of choice? Twisted Tea: a yellow drink standing out against the drab backdrop of the gas station, literally blowing up against the white guy’s face. You can’t miss it.

A linguistics expert could probably break down how we collectively decided it was now shorthand for anti-racism, and now any outrage against social injustice. Either way, there’s a new meme in town, and it’s all over Twitter.

And now, you can’t miss Twisted Tea memes on Twitter. When Mitch McConnell blocked the $2,000 stimulus checks, a mere day after the video went viral, Twisted Tea memes flooded the internet in response. The video itself even got remixed with other memes, like an “In the Air Tonight” by Phil Collins edit where the Twisted Tea is edited to smack the guy across the face to Collins’s famous drum beats.

The Twisted Tea Twitter memes even have an antonym: the peaceful Ocean Spray guy on TikTok, drinking his cranberry juice, cruising on his skateboard while Fleetwood Mac plays.

Where does anti-racism come into play?

Obviously, since the attack began with the escalating use of the N-word, the racist & antiracist components have been discussed. In an article in The Root, Zack Linly dissected the racial implications behind the Twitter meme.

Linly summed up the viral video that kicked off the Twitter memes thusly: it portrays a black man who: “figuratively and literally opened up a can of [email protected] on this white man who thought his affinity for Black vernacular gave him a free pass to say ‘n*gga’ around n*ggas without catching all manner of hands.”

Linly then broke down different takes, ranging from “violence is never the answer” to whether it’s socially appropriate for anyone to use the N-word. His take on the latter was:

“The point is, there’s cultural context at play here that most white people wouldn’t understand and they would do well to simply respect the history involved and keep the word out of their mouths. Or whatever, let them keep saying the word and keep catching hands, cans and other methods of violence – which again, The Root absolutely does not promote.”