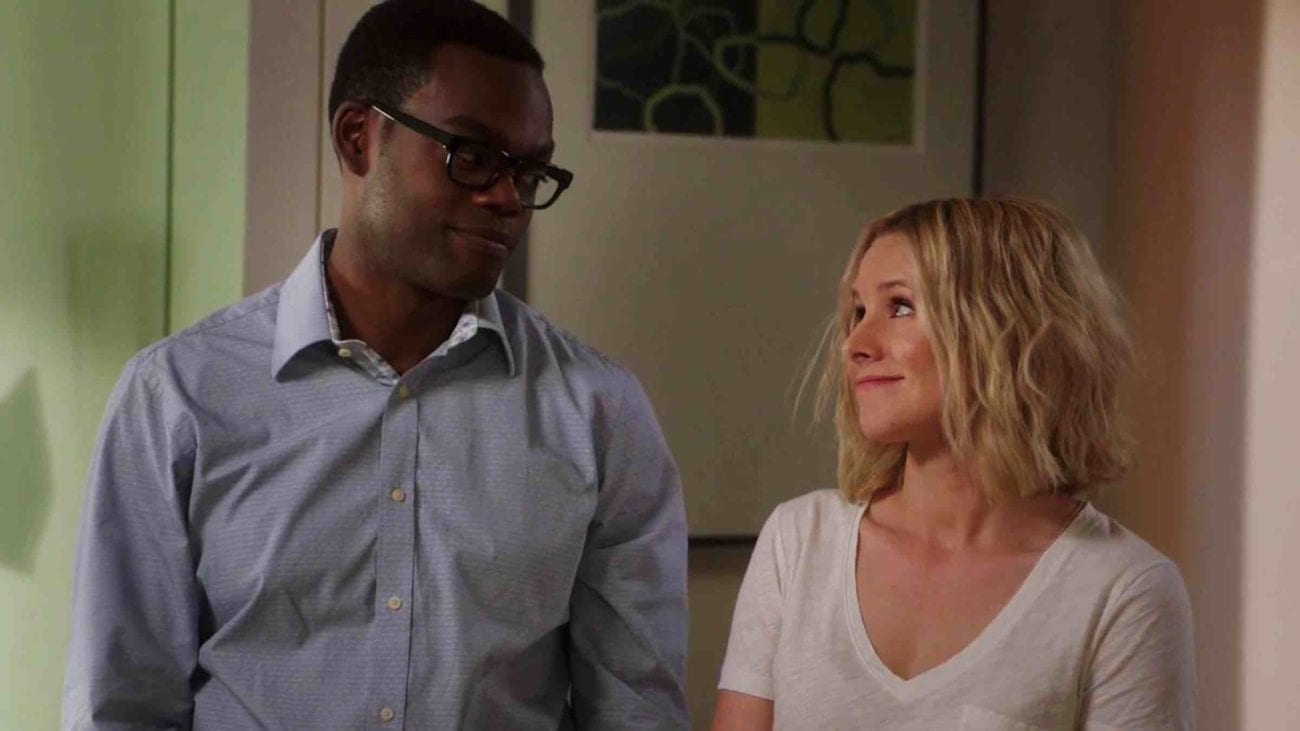 Mike Schur has a habit of making people cry about their favorite couples on his shows. “I love you and I like you” of Ben and Leslie on Parks and Rec, Jake and Amy’s proposal during a Halloween heist in Brooklyn Nine-Nine, and of course, of dear nerdy Chidi (William Jackson Harper) and legit snack Eleanor (Kristen Bell) of The Good Place.

As The Good Place revs up to head into its series finale, Schur, our lord, and savior, left us Cheleanor shippers on a high note for the winter break. In “The Answer”, we get a glimpse at all of Chidi’s life and his experiences with love and looking for purpose, ending on his relationship with Eleanor and how different she was from everything else. 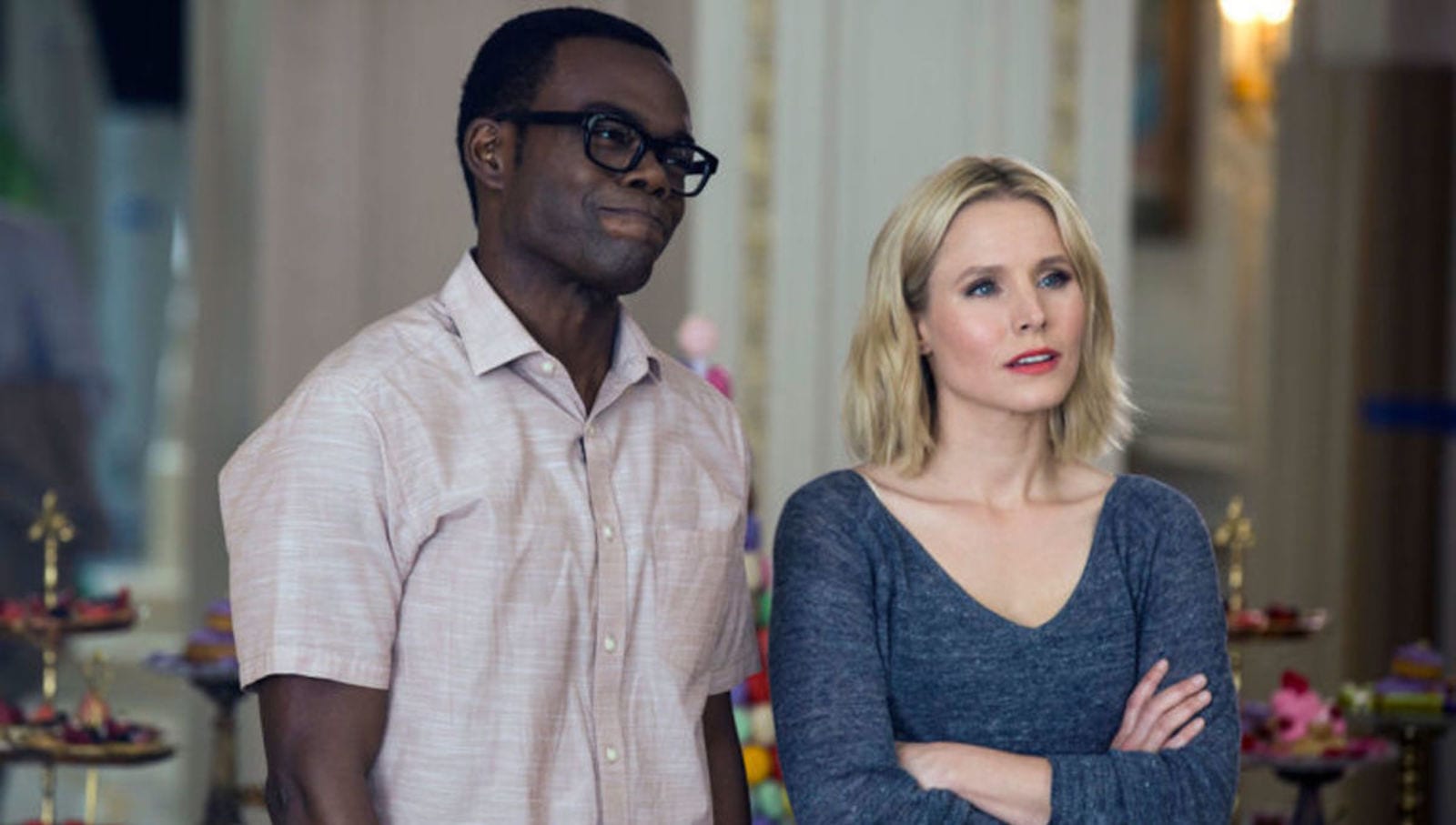 By the end, we find out what Chidi has learned, and the note he left for himself before he got his memories wiped. “There is no answer, but Eleanor is the answer.” Cue fangirl screams across the land! NBC has hyped up this face, with their ads promoting the return of The Good Place focusing on their love saving the entire world.

While there’s only four more episodes left to answer this question, we can expect plenty of Cheleanor action through the last four episodes. In honor of the hottest power couple in Neighborhood 12358W (sorry #TeamJanason), here’s the hottest moments in the past of Chidi and Eleanor. 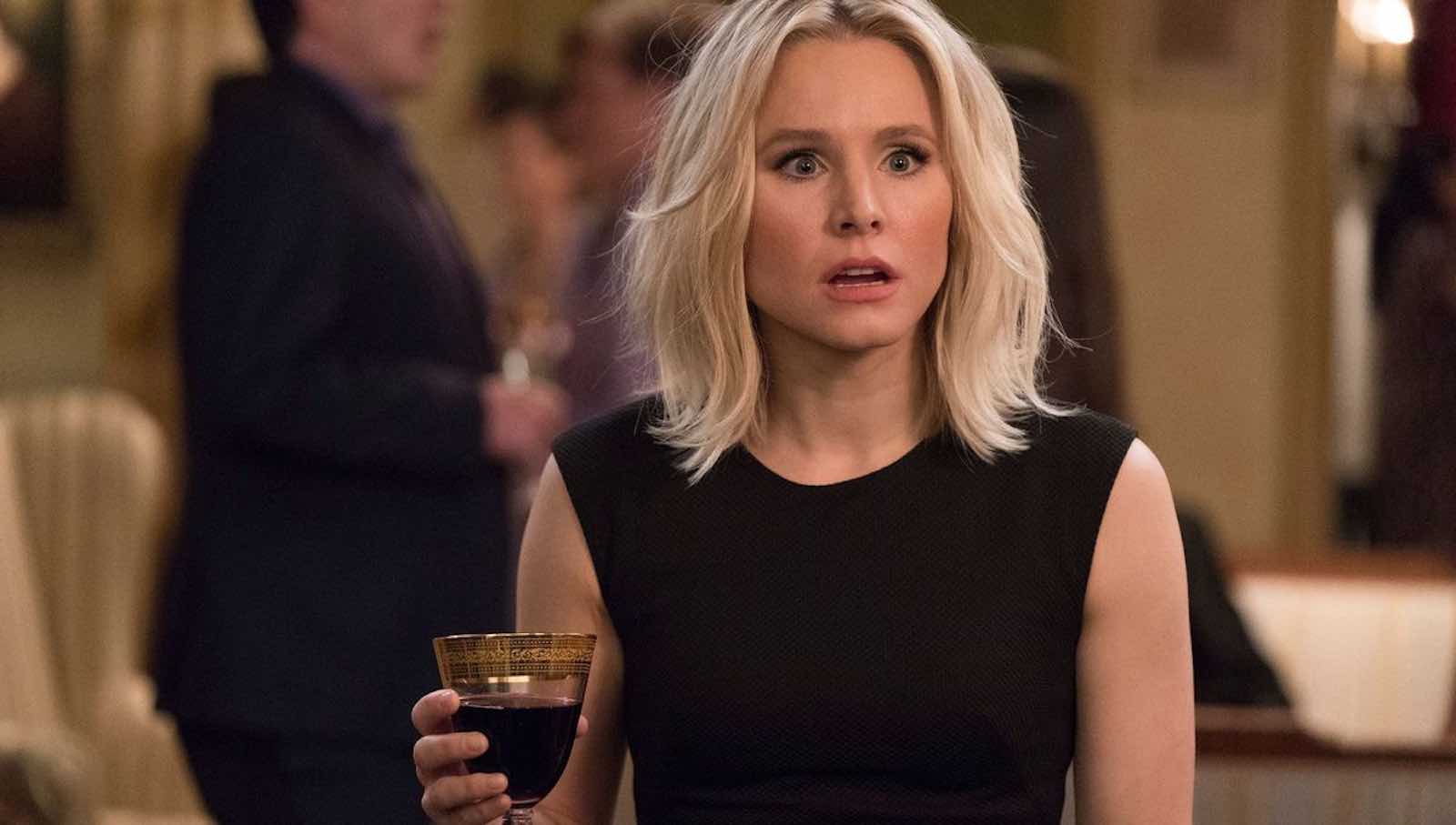 Early on in season one, Chidi and Eleanor are going at each others’ throats, fighting over the lack of free time Chidi gets. Then right as their anger peaks, they’re trapped in Eleanor’s house together due to the sinkhole in town and end up in marriage counseling thanks to neighbors/demons Bart and Nina.

During their therapy session, Chidi reveals he’s never been in a real relationship before, and if this is what having a soulmate is like, he doesn’t want this.

Eleanor realizes he’s giving up so much of heaven to help her, so she puts together a relaxing boat ride on a lake, with poetry and wine. Most important of all, Chidi gets to enjoy this with no Eleanor and gets a “Fork off Eleanor” sign for future times when she’s too much for him. 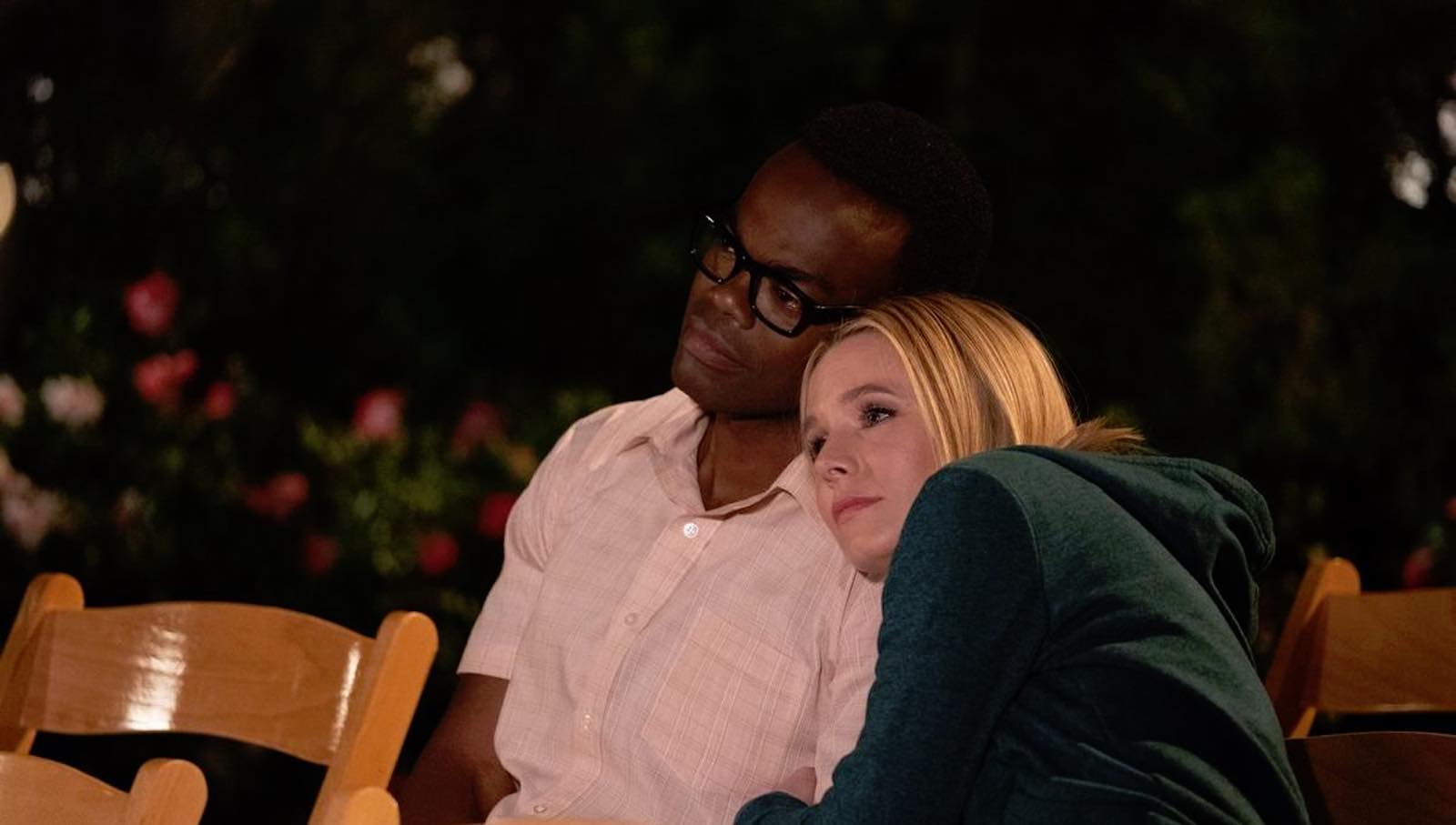 Anyone who knows Mike Schur’s handy work saw it coming that they would be in love. What everyone didn’t expect was Schur to drop the love bomb in season one. But true to everything else on The Good Place, Eleanor realizes that she’s in love with Chidi as early as season one. Now the important question: why did it take two more seasons before we all learned Chidi is surprisingly jacked? 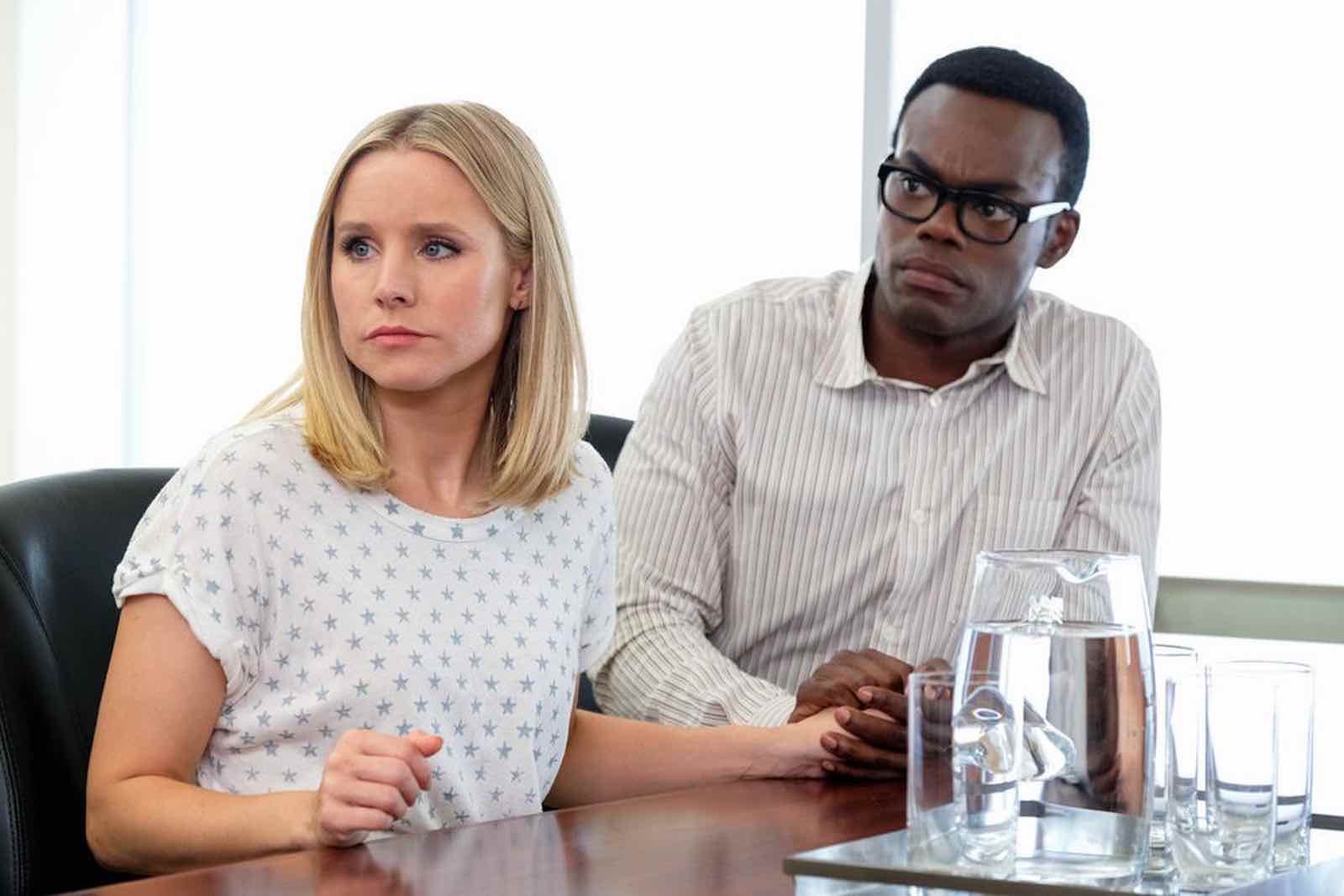 The cliffhanger for season one was the first time we really saw how crucial Chidi and Eleanor’s relationship is to The Good Place. Thanks to Eleanor’s note she leaves herself after the first reboot, Chidi and Eleanor are quick to find each other during the second reboot. But then season two introduces us to the idea that even without any outside assistance, the two will find each other, no matter what it takes. 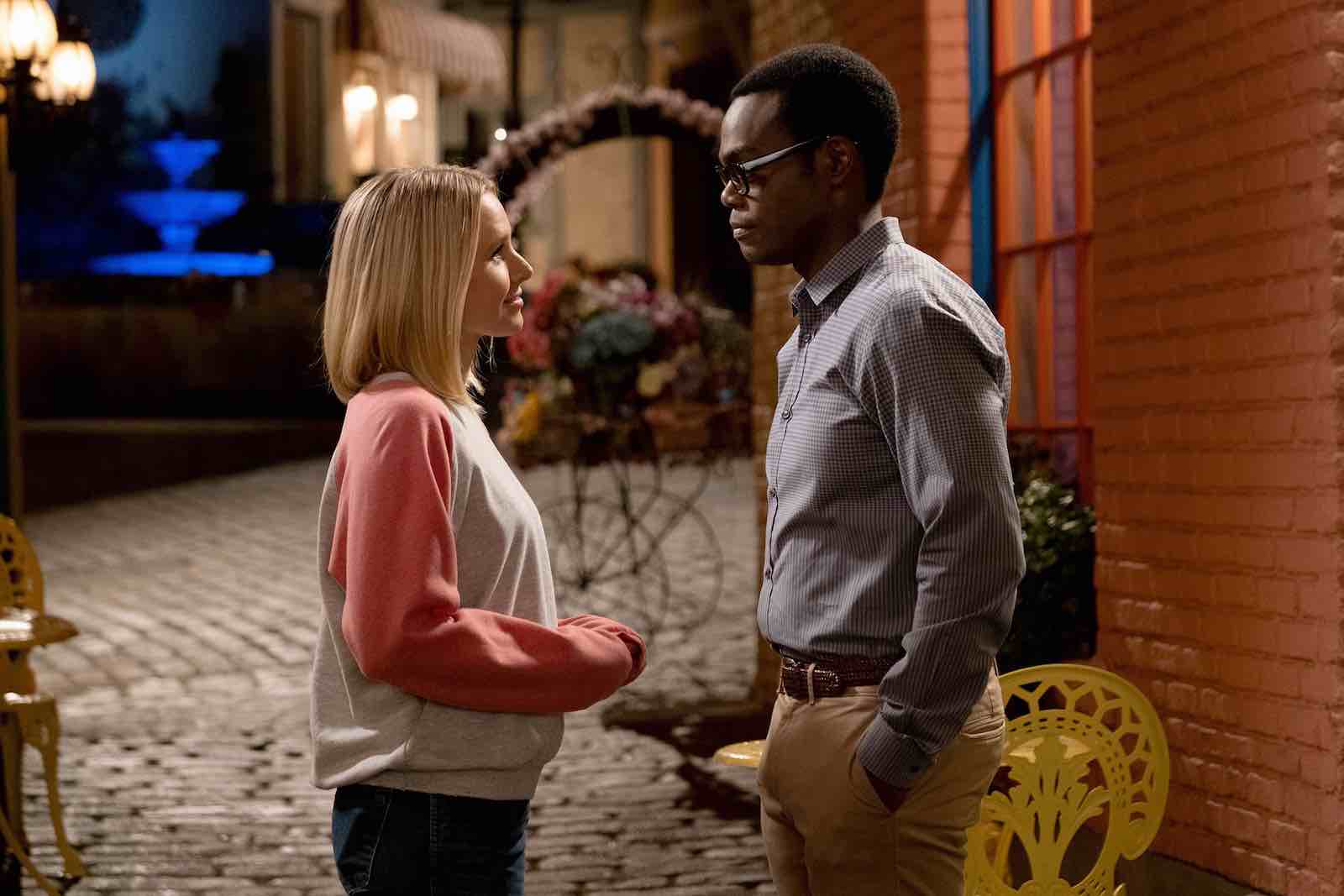 “I just wish we met the way normal people meet.”

During their last night in the neighborhood, Chidi and Eleanor end up having a conversation about their feelings. Eleanor mentions she has feelings for Chidi, and Chidi doesn’t really know how to respond because he thinks he does, but he doesn’t know what’s real.

Then we get the nice foreshadowing for how season two will end: “I just wish we met the way normal people meet. Like at a philosophy conference, or after one of my philosophy lectures. Or you came knocking on my office door asking for help with philosophy.” 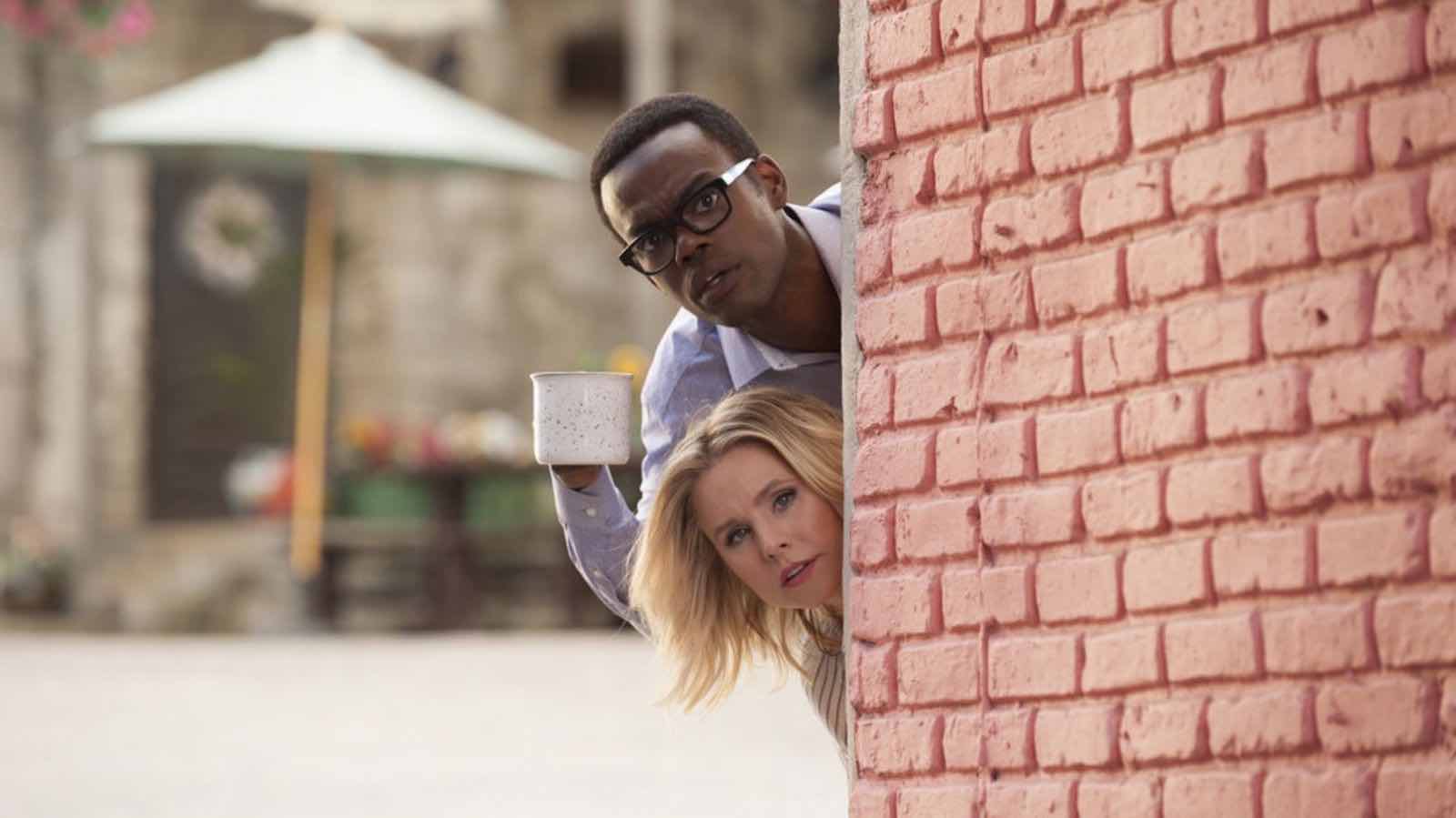 We learn early on in season two that in one of the 803 reboots, Chidi and Eleanor fall madly in love. Chidi falls for Eleanor when she hands him a tissue before he even sneezes, proving she knows his needs. Eleanor and Chidi end up kissing after Eleanor loses her lizard and Chidi ditches a party to help her look for him.

Throughout the reboot, there’s plenty of cute kisses and couple moments, including the infamous tape from Mindy St. Claire’s house. Even when they confront Michael about the neighborhood actually being the Bad Place, they make it clear that this time, they’re in love, and their love will save them. 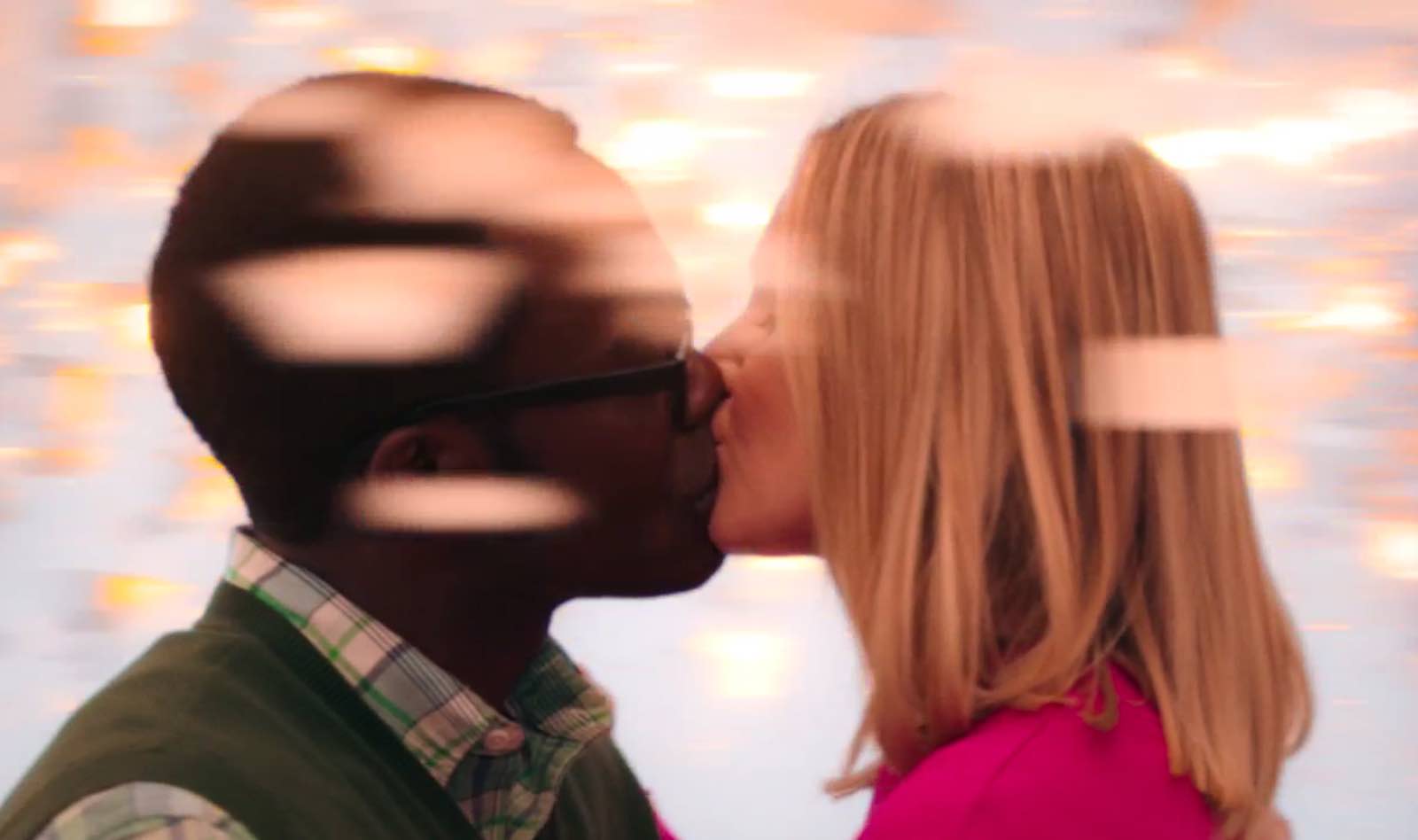 The kiss that saved Janet

While there are plenty of memorable moments in “Janet(s)”, arguably the most memorable is that kiss that starts as Janet making out with herself but ends with Chidi and Eleanor returning to their true forms. When Eleanor starts falling apart and not recognizing herself, she loses her Eleanor-Janet form and has to have Chidi remind her of who she is.

But after everything they’ve been through, Chidi finally comes to terms with the fact that he is deeply in love with Eleanor. It may have taken a while for the two of them to get back together on Earth, but fate finds a way to bring Chidi and Eleanor together to save everyone. 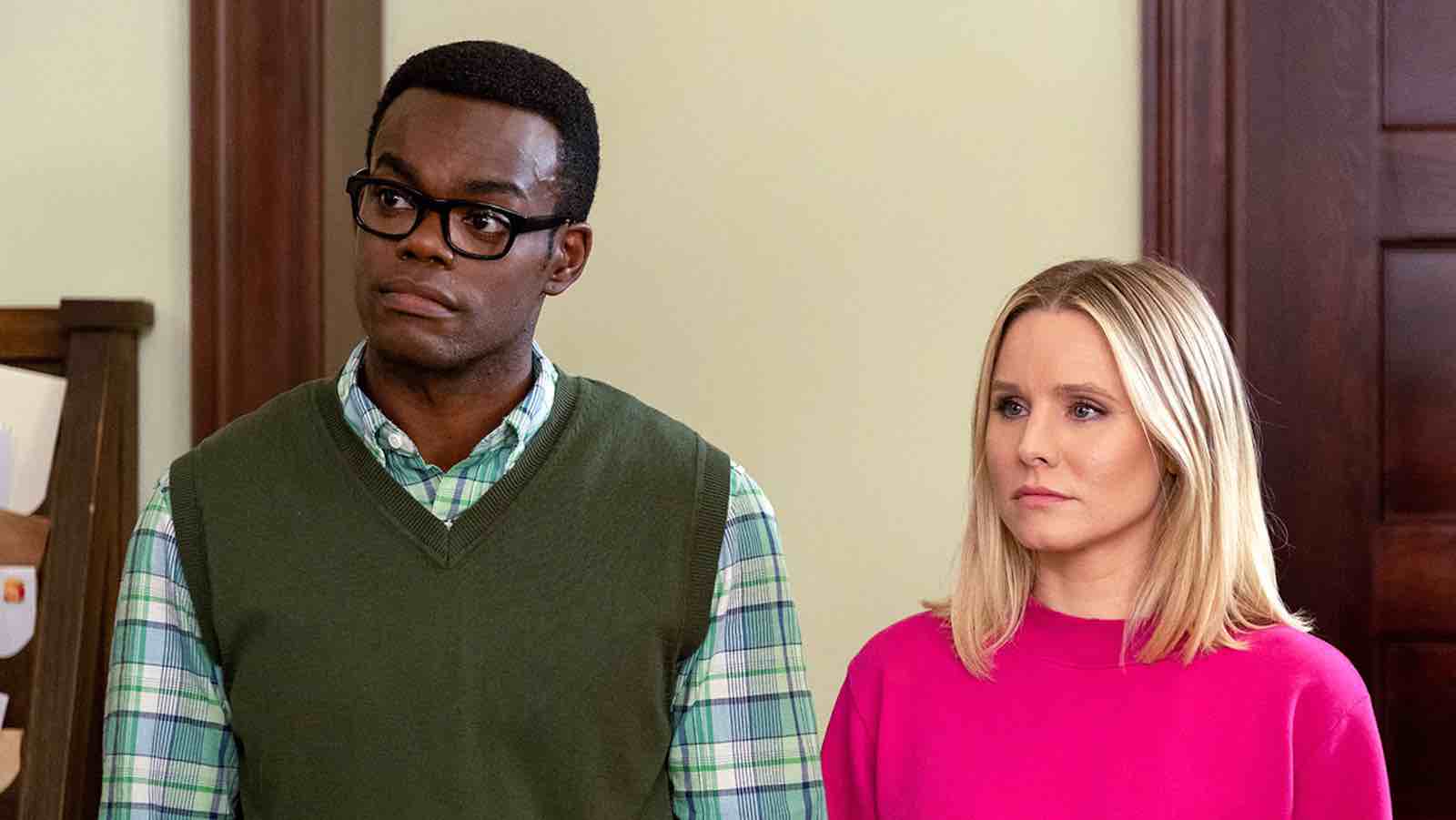 When the gang breaks into the post office of the real Good Place, Michael demands an audience with the Good Place counsel to prove that the points system is broken. Of course, since they have no part in that, Chidi and Eleanor decide to celebrate their newfound love with a real first date. 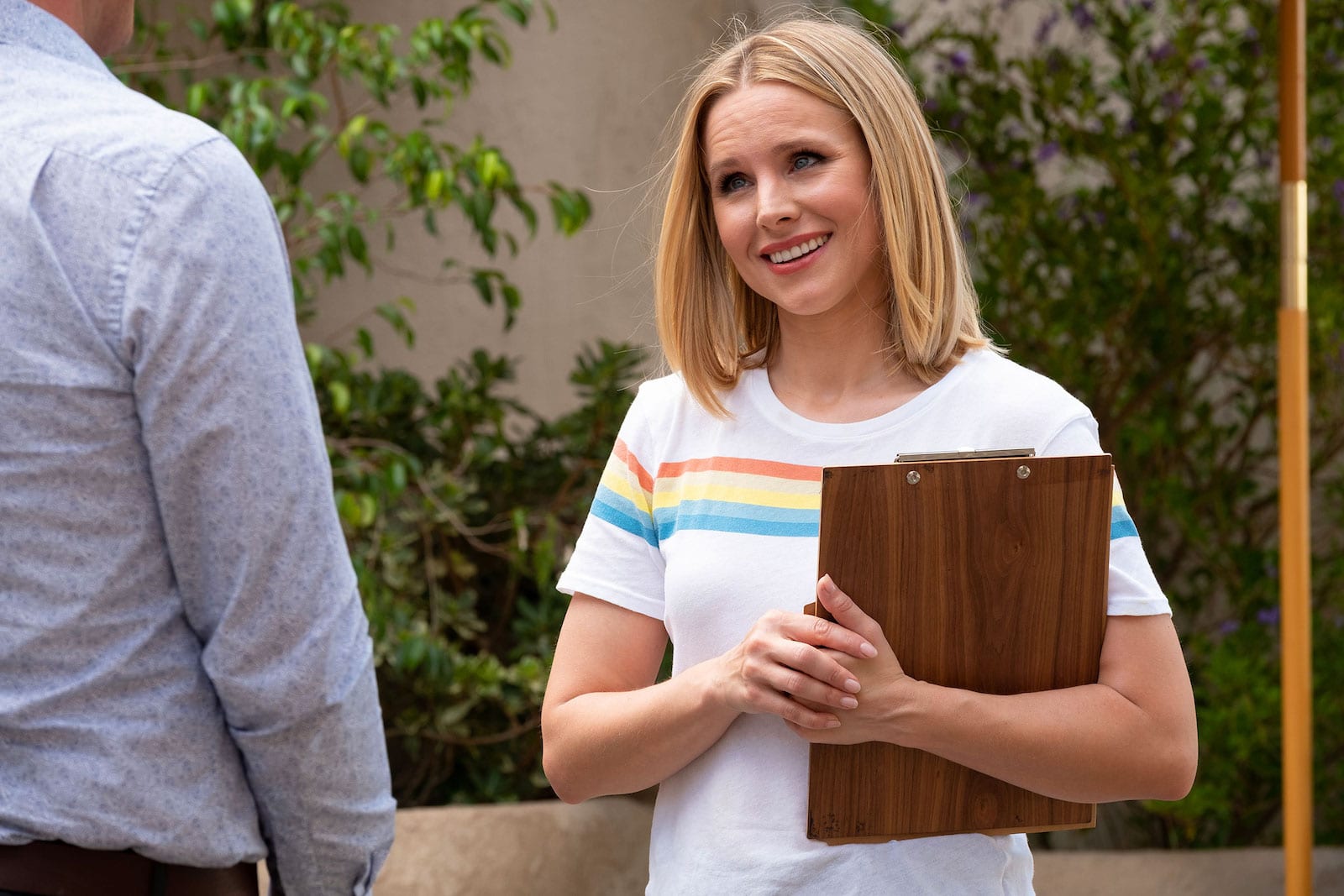 “Some memories you may have forgotten”

You can’t talk Cheleanor without talking this tragic video montage. When Chidi decides to reboot his memories to help the experiment, he knows what he’s giving up by doing so. As a nice tribute goodbye, Michael gives Eleanor and Chidi a final present: a movie showcasing the highlights of their relationship in all 803 reboots.

The film titled “Some Memories You May Have Forgotten” left us in tears, and the same for our beautiful protagonists. Even for as sad as this scene is, it did leave us with the most iconic line in The Good Place history: “Jeremy Bearimy baby.”