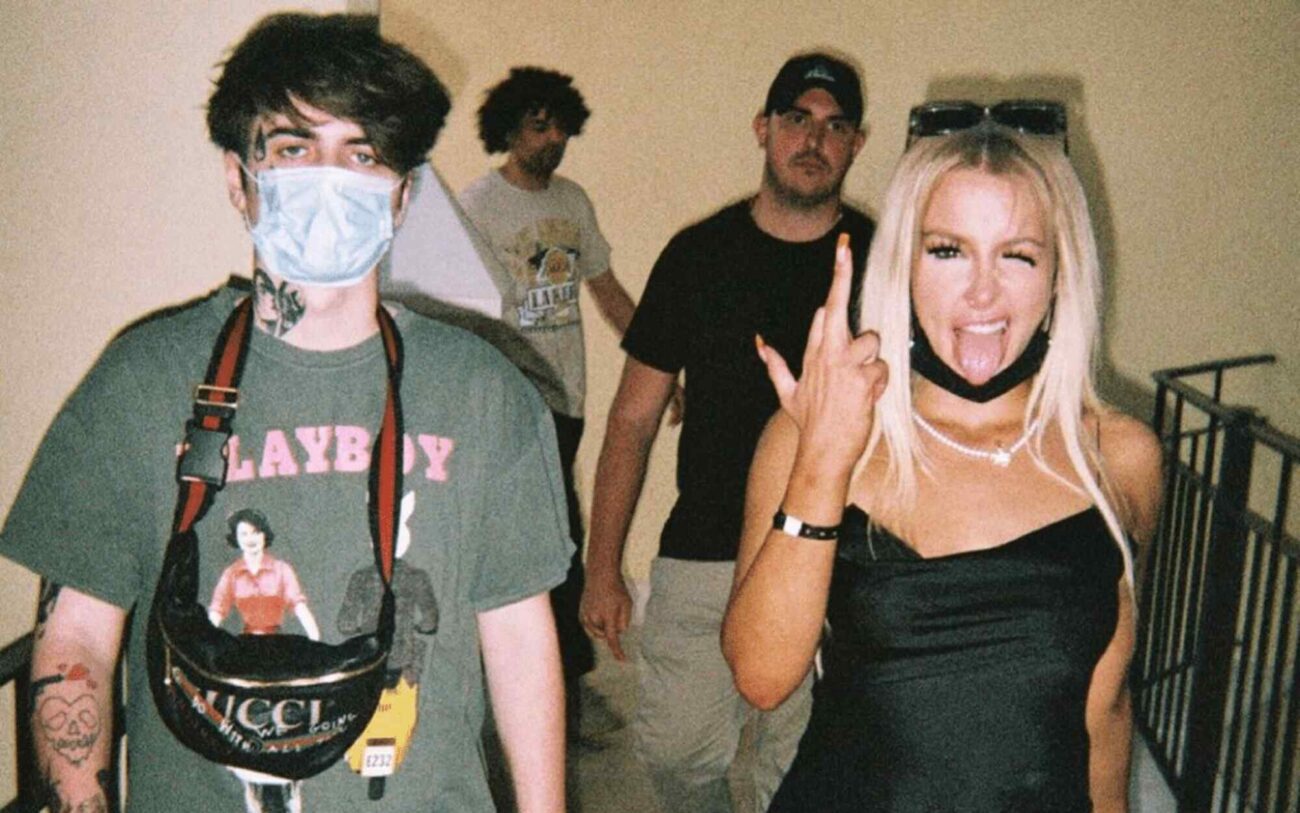 Tana Mongeau always knows how to shock her fans, whether through her posts on Insta or Twitter, or through her wild actions that always have the world talking. If you follow along with what the star gets up to, then we’re sure you know that her dating life, like most big celebs in LA, is a little all over the place. After all, the social media influencer has had tons of flings with all kinds of people from famous actresses, singers, and more.

She definitely makes it clear that dating in the LA celebrity scene can be a bit messy, but hey, all the more gossip and tea for her adoring fans. Amongst the many stars and talents that Tana Mongeau has been rumored to get with in the past, one of them is rapper Chris Miles, whose allegedly “toxic” relationship with her has made headlines in the past. But due to a recent Insta post of Tana Mongeau and him, fans are going wild.

A recent Insta post of Tana Mongeau and Chris Miles together are having fans of the two wondering if the two have called it back in again. So are the two finally back together for good, and if so, what are all the juicy details on their love lives? Let’s take a look at all that we know about the situation here.

Tana Mongeau and boyfriend Chris Miles are back together less than a week after breaking up for the second time pic.twitter.com/HZEIvmPGbY

What are people talking about?

So just what happened in the buzzing Insta post that has everyone wondering if Tana Mongeau and Chris Miles are back together again? Well, this was all thanks to a recent story posted on Instagram by user @nataliebohling that Tana Mongeau ended up reposting to her own account. In the Insta story that was posted, Tana Mongeau, Chris Miles, and two other users named @marioselman and @ariaguirrre were also tagged.

In the Insta story, Tana Mongeau and Chris Miles could be seen face to face talking to one another in a deep convo. It looked as if the two were at a big party surrounded by drinks and other good friends. In the video, the two sported dark sunglasses in the dimly lit room, but their faces were still clearly recognizable. In the video, Natalie Bohling’s hand could be seen reaching out to both Tana Mongeau & Chris Miles and screaming.

As Tana Mongeau recognized the filmer, the two both screamed and smiled at one another gleefully. Then, Chris Miles turned around as the three grabbed each other’s hands. While this was not much, this Insta story was enough to confirm to fans that Tana Mongeau and Chris Miles were indeed back on as a couple. Twitter user @defnoodlesspicy also confirmed that the two stars were definitely a fling once again.

Giving it another try

If you’re a huge fan of Tana Mongeau, then we’re sure you know this is far from the first time that she got back together with Chris Miles. In a recent Twitter post, @defnoodlesspicy wrote that “Tana Mongeau and boyfriend Chris Miles are back together less than a week after breaking up for the second time”. However, it doesn’t seem like her fans are too surprised as they’re quite familiar with Tana’s past antics.

After all, back on July 7th, Tana Mongeau tweeted: “I HAVE A BOYFRIENDDDDDDD. 7-7-202. I LOVE U 4 ETERNITY @RealChrisMiles”, only to tweet on July 12th: “Jk, just got left and dumped, I’m single again”. Then, that same exact day, she posted a pic of her Chris Miles in bed together. When someone called her out for just wanting to get attention on social media, she said: “Babe, this isn’t a clout grab, we’re just toxic”.

Are the two going to last this time for good? Let us know what you think about Tana Mongeua and Chris Miles in the comments.