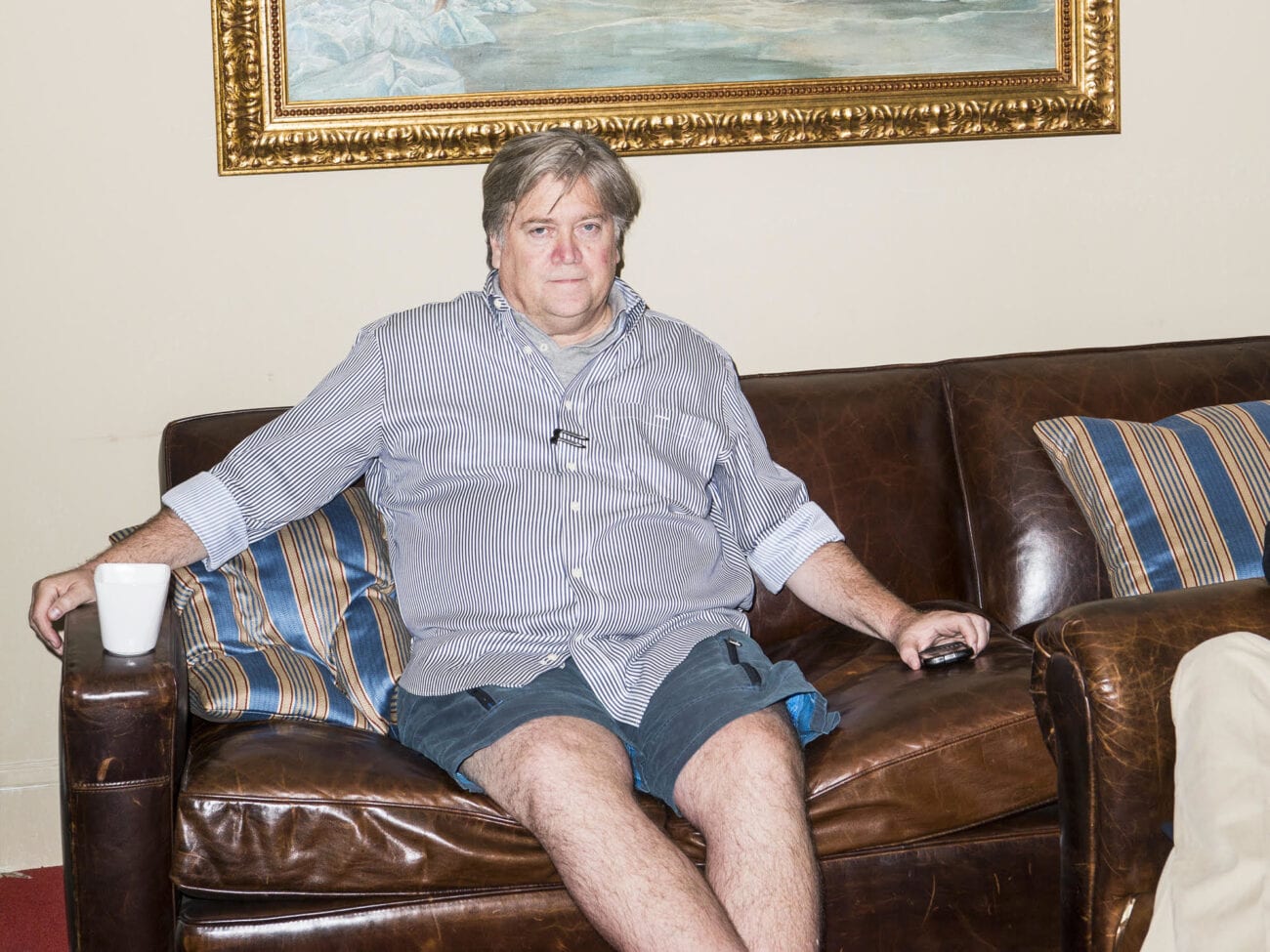 From Mexican wall to arrest: Timeline of claims against Steve Bannon

Rightwing superstar and professional troll Steve Bannon is in deep. On August 20, a grand jury unsealed a federal indictment against Steve Bannon and three other co-conspirators for wire fraud and money laundering. Their crimes stemmed from scamming donors who were paying to build the wall around Mexico.

One of current U.S. President Donald Trump’s campaign promises was the build a wall around Mexico to stop “illegal immigration.” While most undocumented people in the U.S. come over on planes and overstay their visas, “building the wall” as a way to stoke xenophobia to turn out voters.

In the words of Steve Bannon himself, “We got elected on Drain the Swamp, Lock Her Up, Build a Wall. This was pure anger. Anger and fear is what gets people to the polls.” Turns out, Bannon used that anger & fear to get donors to line his pockets. Here’s the buildup to his arrest, from his time at Breitbart to now. 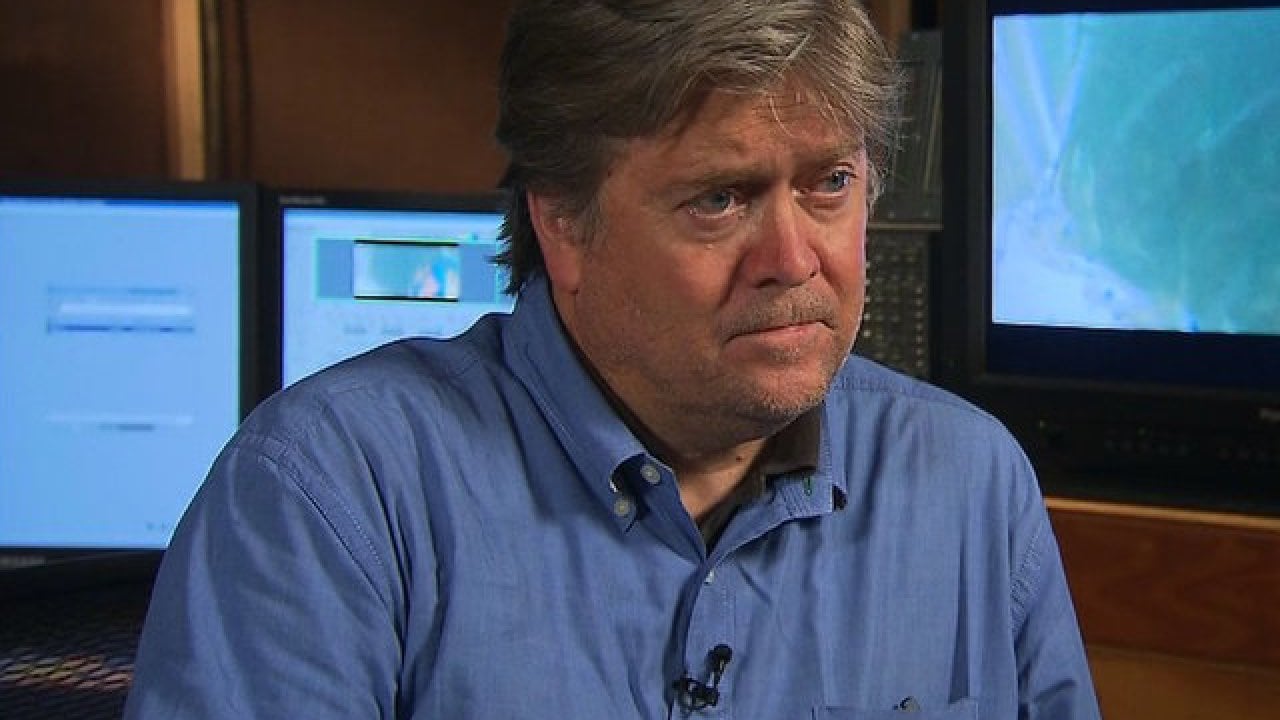 Breitbart News was a far-right news syndicate that made FOX News look liberal. Breitbart’s favorable coverage of Donald Trump’s 2016 election campaign including his vow to “build the wall,” and their growing popularity amongst right-wing sectors caught Trump’s attention.

Breitbart’s popularity was especially rising among the “alt-right,” a far-right splinter group in the Republican Party. Active on the internet, they would often share Breitbart news articles and troll left-wing posts and news sites. The rise of the alt-right is often credited for helping Trump win the presidency in 2016. 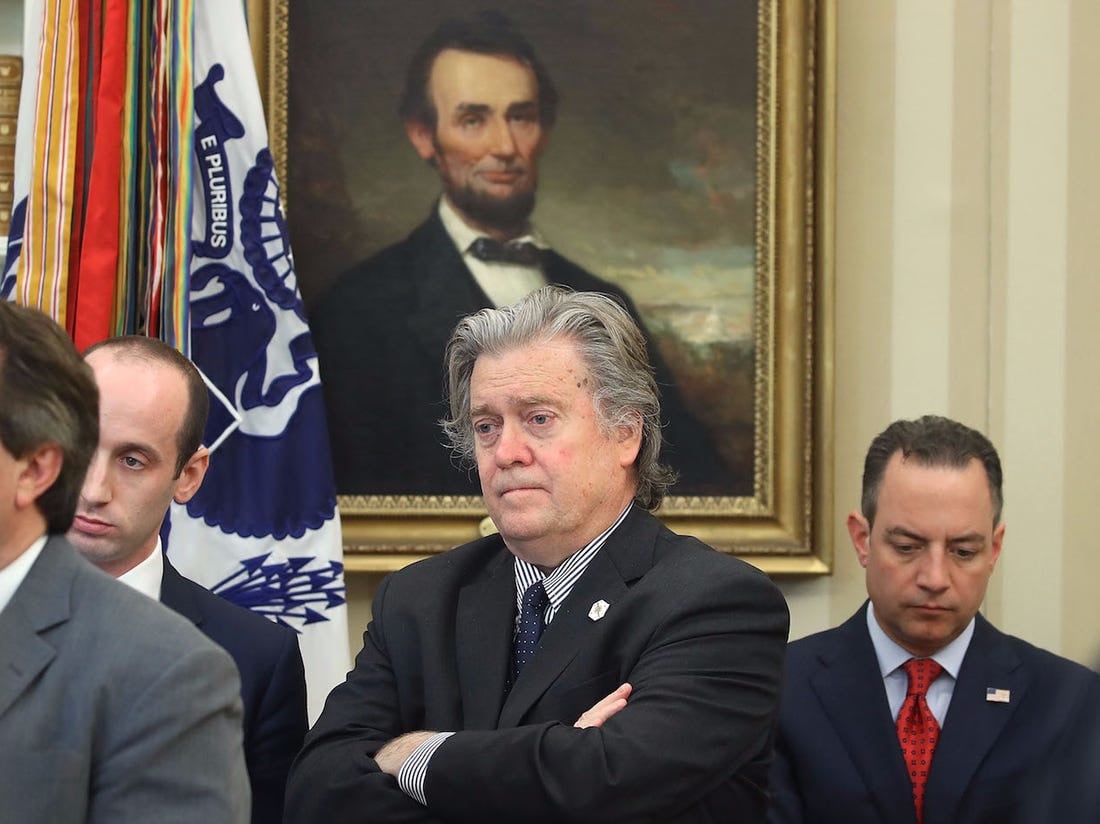 Steve Bannon was named Chief Strategist, a new position created by Donald Trump after his inauguration. One of the first contributions from Steve Bannon was the infamous travel ban in 2017, where Donald Trump banned entry into the U.S. from seven Muslim-majority nations.

Bannon’s reasoning for introducing the ban had nothing to do with national security. According to the book Fire and Fury: Inside the Trump White House, it was “to make liberals batsh*t mad.” Protesters packed airport parking lots and Bannon seemingly got his wish. He was hoping for a repeat performance when they built the Mexican wall.

After the Charlottesville protests, where a white supremacist ran over anti-Trump protesters with his car, Steve Bannon was ousted. Apparently, Bannon was the person who suggested that Trump blamed “both sides” for the violence. After public outcry, Chief of Staff John Kelly gave Bannon an ultimatum: hand in your resignation or get fired. 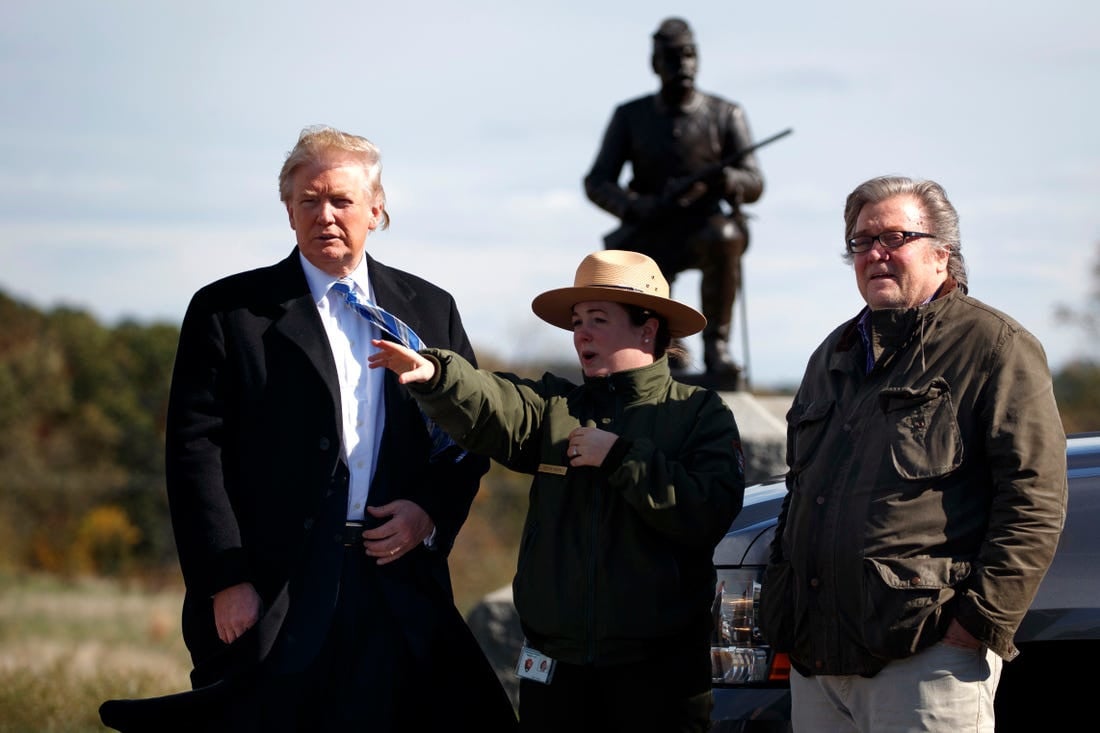 Ambivalence between Bannon and Trump

After Bannon’s ousting from the White House, Donald Trump and Steve Bannon allegedly kept in contact. Trump also apparently kept consulting him on foreign policy as Bannon toured Europe speaking to far-right political movements there. However, there was also a falling out between Bannon and Trump over Fire and Fury.

In the book, Steve Bannon called Trump’s daughter Ivanka “dumb as a brick” while revealing they were preparing her to run for president in the future. He also told Fire and Fury’s author Michael Wolff that Trump was easy to manipulate. Bannon even admitted to getting Trump to sign legislation for his own gain rather than the good of the nation.

The Trump administration dismissed the book as “tabloid trash” and said it was untrue. Trump also claims he never authorized a book about his administration, although Michael Wolff recalls that Trump invited him to The White House to document his first hundred days. 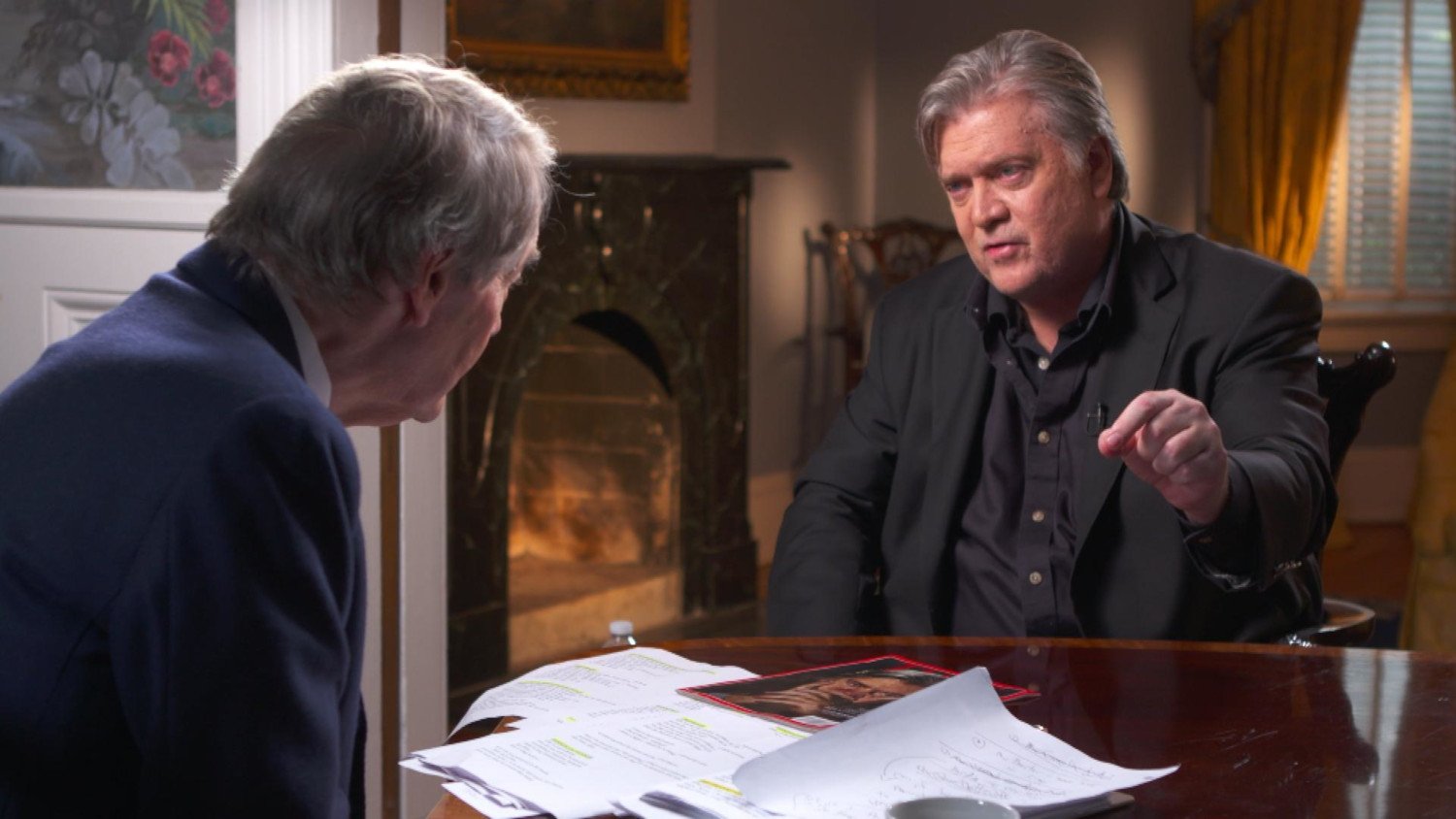 Turns out, Donald Trump would not be able to build his wall “and make Mexico pay for it” as he promised. In response to the realization that Congress had to foot the bill, which is something that anyone with a basic knowledge of U.S. civics would already know, Bannon set up a fund for the wall.

People gladly paid for the wall, believing it would be erected in record time with their donations that had to total over $25 billion. Little did they know, Steve Bannon and his buddies were pocketing the funding to foot their own bills. 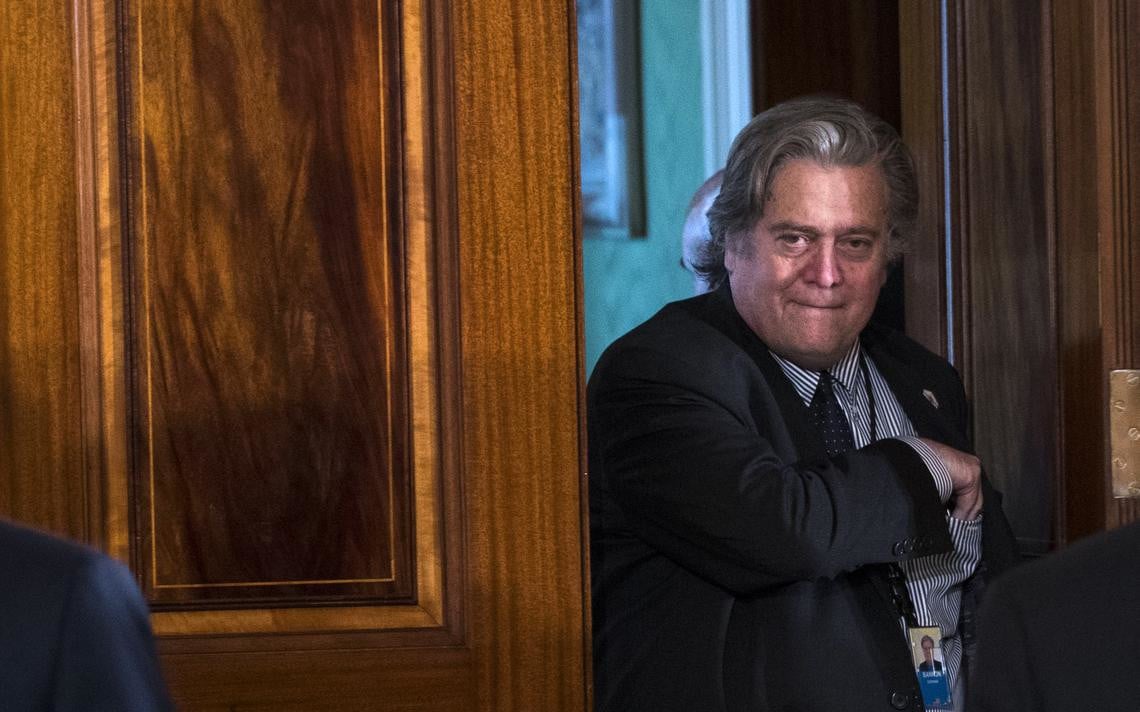 Steve Bannon was investigated and caught by the USPIS, or the U.S. Postal investigation Service. They’re the arm of the USPS that investigates mail fraud. Currently, their funding is being cut so badly that mail in the U.S. is slowed, preventing people from receiving medications in time, and projected to affect the 2020 presidential election.

The reason Bannon was caught? Bannon left a paper trail of phony invoices to donors that were mailed using USPS. Per USPIS Inspector-in-chief Phillip Bartlett: “As alleged, not only did they lie to donors, they schemed to hide their misappropriation of funds by creating sham invoices and accounts to launder donations and cover up their crimes, showing no regard for the law or the truth.”