The only ‘Star Wars’ show that matters: Everything to know about ‘Ahsoka’

Yesterday was a great day to be a Star Wars nerd. Disney announced ten new Star Wars shows were coming to Disney+. Some of them we already knew about, like the series about Cassian Andor and Obi-Wan Kenobi – then came the big guns. Disney announced the brand new Ahsoka Disney+ series.

Ahsoka is a fan favorite character even though she didn’t start out that way. One of the great things about Ahsoka is how fans got to see her grow as a Jedi. We don’t really get that from any other character. As she grew in the ways of the force, we grew to love her.

Disney took a massive misstep with the Star Wars sequel series. The only great movie since Disney purchased Lucasfilm was Rogue One. Then, The Mandalorian exploded on Disney+, and the only thing we trust right now is Star Wars TV shows. Out of all the newly announced shows at Disney Investors Day, Ahsoka has to be the most buzzed about shows, but what do you need to know? Spoilers Ahead. 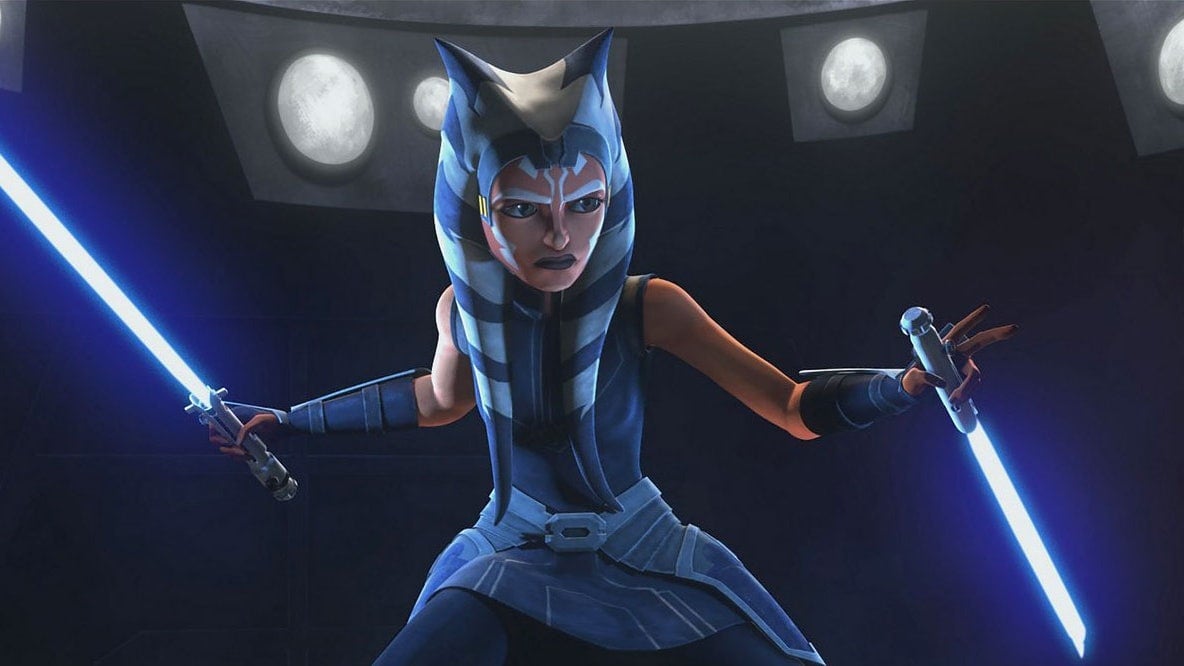 For those who don’t know, Ahsoka was Anakin Skywalker’s Padawan during the Clone Wars. She was a rising star in the Jedi order and was on her way to becoming a Jedi Master. Then she was falsely accused of murder by the Jedi and hunted. The experience caused her to lose faith in the order and ultimately decides to leave.

When George Lucas created the prequel trilogy, he set out to dissect the moral conundrums and values of the Jedi Order during the New Republic era. Three movies were not enough time to efficiently explore these topics. However, Ahsoka and Star Wars: The Clone Wars was the perfect vehicle to finish Lucas’s vision for the prequels.

Ahsoka, a new Original Series, starring @RosarioDawson and set within the timeline of @TheMandalorian, is coming to @DisneyPlus. pic.twitter.com/jD8byvNvDP

When does the Ahsoka series take place?

Kathleen Kennedy announced at Disney Investor Day Ahsoka is a Mandalorian spin-off and takes place concurrently. We don’t know how much the two series will intertwine going forward, but the possibility of crossover events is exciting.

With Dave Filoni at the helm, we are finally getting the completion of Ahsoka’s Star Wars Rebels story. At the end of Rebels, Ahsoka and Sabine Wren set out to find Ezra Bridger. Casual Star Wars fans probably didn’t know who Thrawn was when Rosario Dawson exclaimed it during The Mandalorian. However, super fans can tell you he is the most important Empire figures after Darth Vader and Darth Sidious. 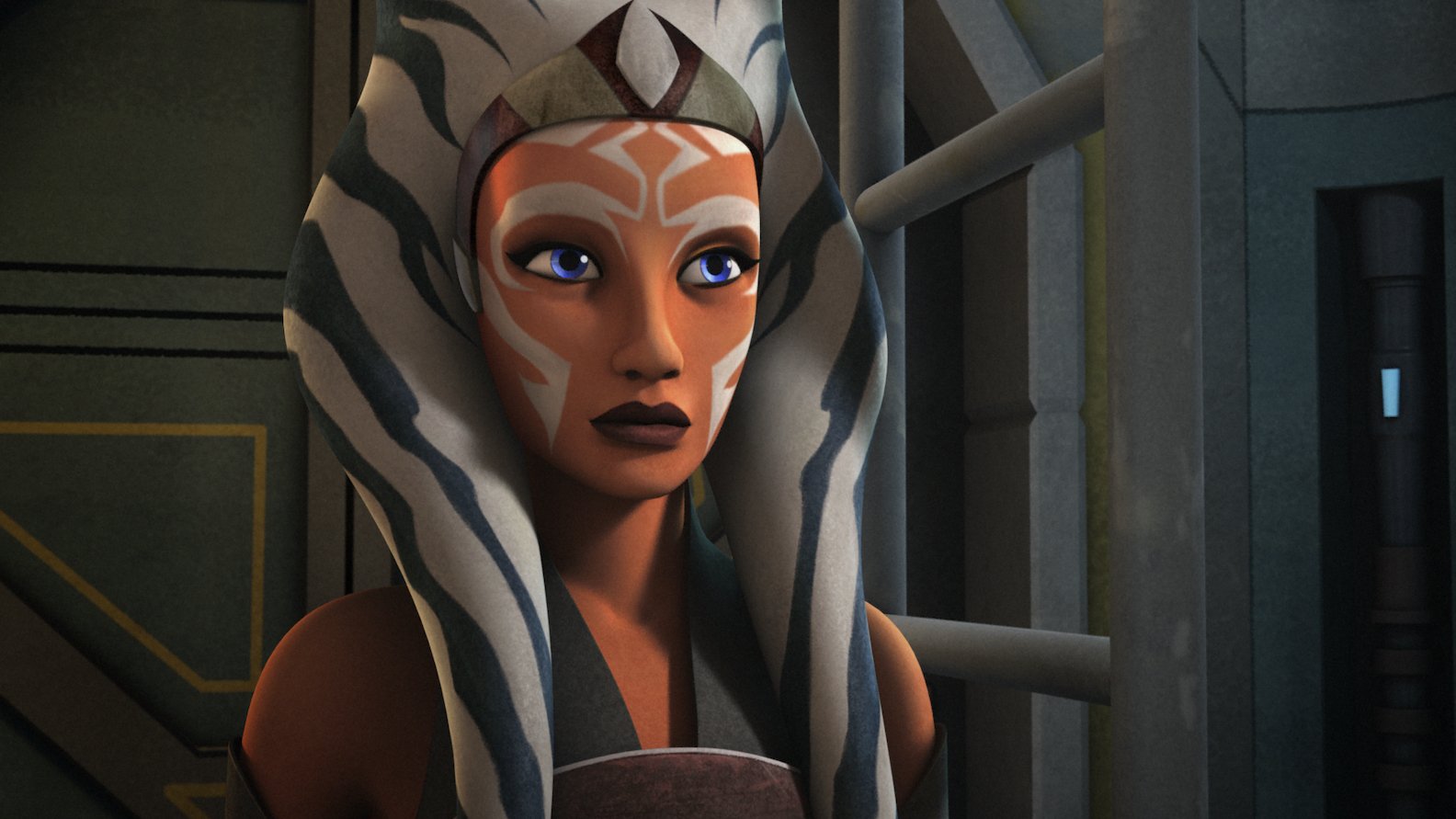 What to watch before Ahsoka’s release

If you want to watch Ahsoka’s entire story unfold, watch both Star Wars: The Clone Wars & Star Wars Rebels. But to understand the potential storyline of Ahsoka, you must watch Rebels. Ahsoka is central to the series and is one of the Rebellion’s key leaders against the Empire.

Rangers of the New Republic, a new Original Series set within the timeline of @TheMandalorian, is coming to @DisneyPlus. pic.twitter.com/EMzFuiqdOs

What’s the other Mandalorian spinoff?

Kathleen Kennedy also announced Rangers of the New Republic, the second Mandalorian spin-off series. Not much is known about the project other than Dave Filoni and Jon Favreau are leading the series. With three shows under their control, a three-way crossover event is a sure thing.  So it’s also important to watch all three series coming to Disney+.

Cara Dune could lead or cameo in the series. At the end of chapter 12, Dune accepted the title of New Republic marshal. We don’t know what’s in store for either show, but Dune’s inclusion in Rangers of the New Republic makes sense and an excellent way for the series to connect back to The Mandalorian.

Ahsoka & Rangers of the New Republic aren’t the only shows coming to Disney+. Disney announced ten new Star Wars shows are coming soon. Here are some other shows to get excited over:

“Everything I did, I did for the Rebellion.” Andor, an Original Series set in the Star Wars universe, is streaming in 2022 on #DisneyPlus. pic.twitter.com/q2IT2qzEeR

Andor follows Cassian Andor from Rogue One in a spy thriller from the man behind the Bourne franchise. Rogue One is the best Star Wars film since Disney bought Lucasfilm, and we can’t wait to explore Andor’s story in his own show.

Leslye Headland brings a new @StarWars series to @DisneyPlus with The Acolyte. “The Acolyte” is a mystery-thriller that will take viewers into a galaxy of shadowy secrets and emerging dark-side powers in the final days of the High Republic era.

Lucasfilm previously announced Russian Doll creator Leslye Headland was developing a new Star Wars show, but we could never imagine getting a show like The Acolyte. The show is described as a mystery-thriller exploring the galaxy’s shadowy secrets and dark-side powers during the final days of the High Republic.

Star Wars: Visions, an Original Series of animated short films, celebrates the @StarWars galaxy through the lens of the world’s best Japanese anime creators. Coming in 2021 to @DisneyPlus. pic.twitter.com/lmCZGSHEhY

Lucasfilm is working with some of the best anime studios to create a series of shorts. We can’t wait to see what comes out next year and the stories that get told.

The galaxy’s favorite scoundrel, Lando Calrissian, will return in Lando, a brand-new event series for @DisneyPlus. Justin Simien (@JSim07) is in the early stages of developing the project.

A Lando spin-off is a long time coming, and we can’t wait to see what adventures he’ll go on. The question is: will it be during the sequel era with Billy Dee Williams, or during the prequel era with Donald Glover or another actor?

Which Star Wars TV show are you most excited for, and which ones do you think will flop? Let us know in the comments. 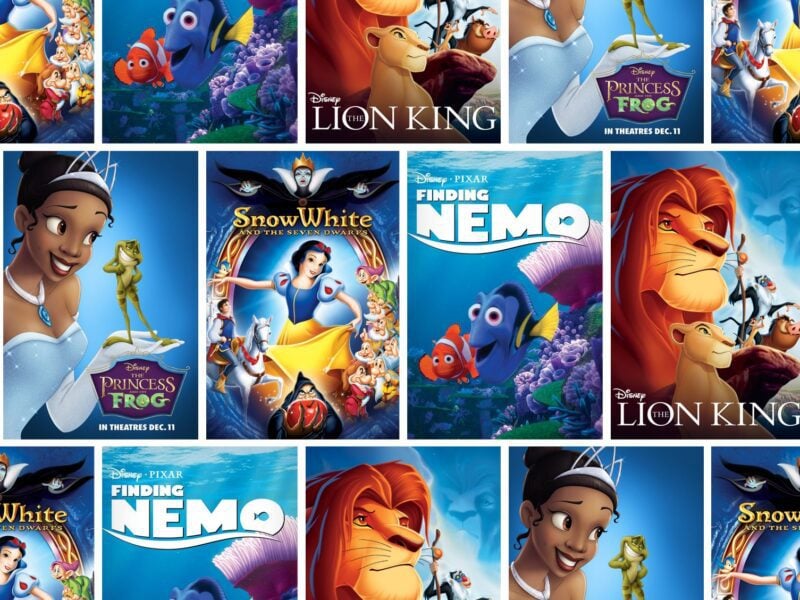 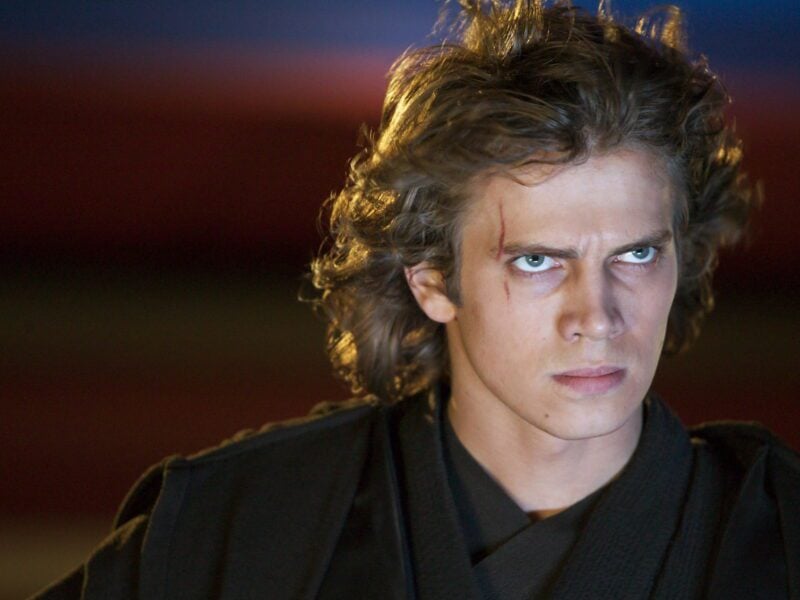